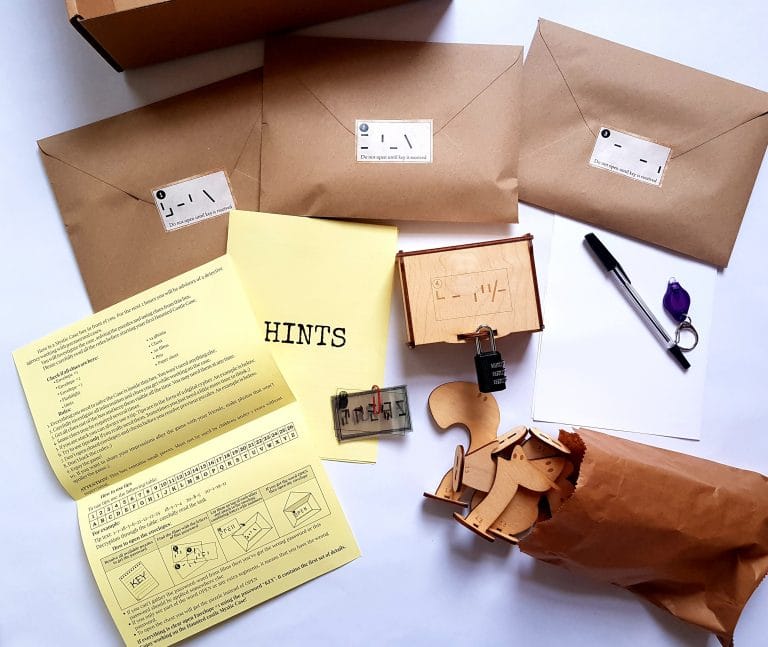 I’m trying something a little bit different here: Mystic Box! This is billed as ‘an escape room in a box’, but I actually think it’s more like a detective game. It’s  a series of puzzles to solve, clues to discover, and at the end you discover the secret.

It’s aimed at adults and families, though anyone younger than seven or eight probably might find it a little tricky.

Of course, I can’t show you everything inside because I don’t want to give away any spoilers! But I’ll show how it works, and the kinds of things inside. 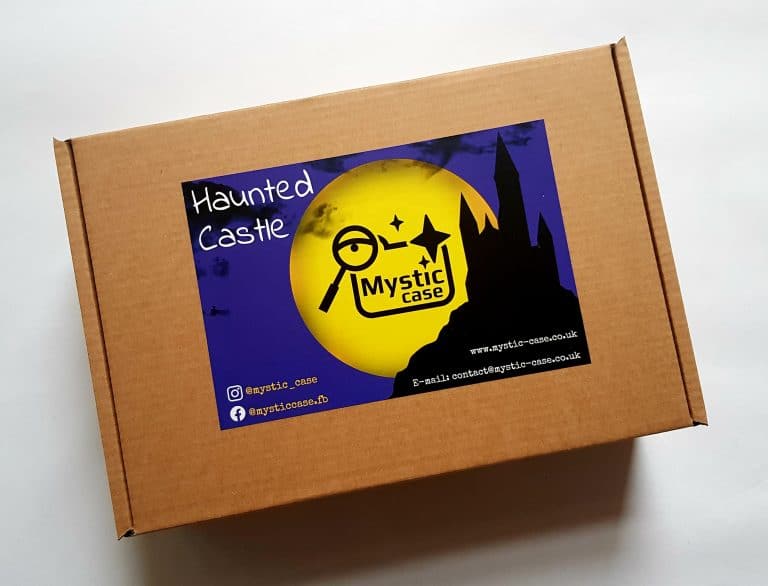 There are several games to play, but I’ve been sent the Haunted Castle. You have to solve the mystery of strange goings-on in a castle.

The box is of reasonable size, which is just as well because there’s plenty inside!

In the box you get everything, and I mean everything, you need. There’s even a pen a notepaper.

The first thing you need to do is get everything out of the box. As you can can see, there are numbered envelopes – these contain the clues, a bag full of ghost shapes (I’ll get to those!) instructions of course, hints, a little UV flashlight, pen and paper, a set of little transparent coded sheets, and of course a locked box which contains the final answer to the puzzle.

You really need to read the instructions! They are complicated but pretty clear.

Aside from explaining the process, it shows you how to use those little clear pieces with the lines on. These are the clues to open each envelope. Each little piece is has a letter on, and each clue you solve will give you the letters of the correct pieces. Put them together and put them on the envelope, and if it reads ‘open’ you got it right! 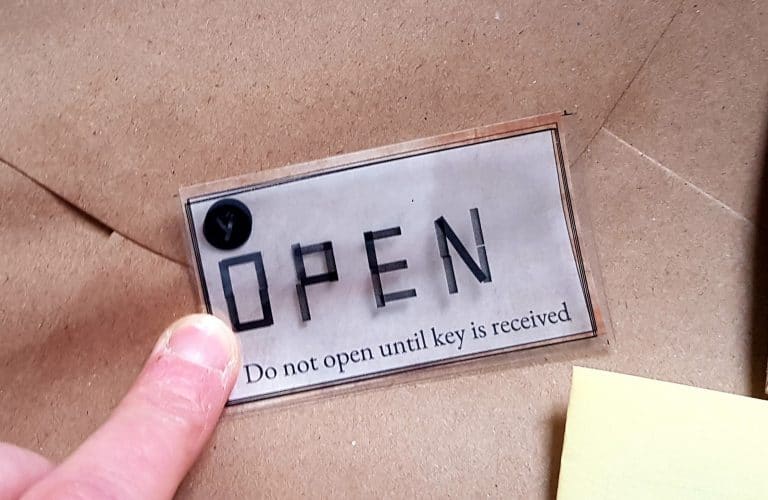 Let me tell you, it’s very satisfying getting this.

Seeing as you get the clue to open the first envelope, I’ll show you what’s inside. 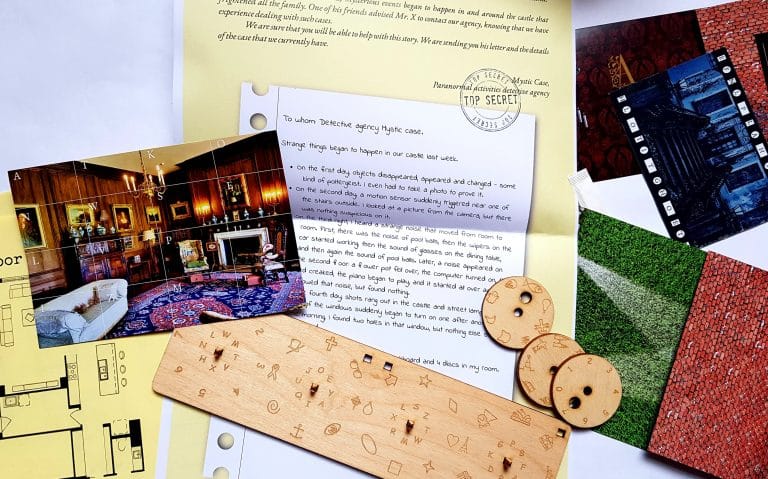 You have a letter from the castle owner asking for help. The letter provides clues, which you work out from what’s inside the envelope. So for example, we have floor plans of the castle, pictures relating to the descriptions in the clues, and the wooden thing is a code board. This is how you work out the final clue to open the next envelope.

This really is tremendous fun. Some of the puzzles and clues are properly tricky too. You do get a sheet of hints if you get really stuck, and while we didn’t end up using them it was touch a go a few times!

One of the things I like best about this is that it’s completely low tech, no screens or electronics or anything. It really is a question of using your brain, reading the clues, thinking, and of course talking and discussing and collaborating! It’s a proper couple or group activity, and of course while you could play the game alone I think it’s far more fun to share.

I’m also very impressed at the ingenuity of the story. The clues are solvable but properly challenging. Incorporating lots of items like the code wheels, pictures etc. makes it very hands-on. Those ghost shapes in the first picture are also used to solve codes – they all have numbers – and that’s a really fun little touch for the Haunted Castle theme.

As this takes some time to complete, you can do it in stages, pick it up at any point, solve a puzzle, have a think, and maybe play over a few days. Or you can make a brain-busting day of it!

Mystic Case might not technically be a subscription box, but it's certainly a wonderful box! This is a fantastic activity for family or friends, beautifully and thoughtfully produced, and it's a huge amount of fun to make your brain work in ways that it might not need to on a regular basis. As travel and even going out is so difficult right now, this is a wonderful way to spend time together doing something different. Highly recommended for anyone who wants to have fun and a great mental challenge!

How would you rate Mystic Case ? 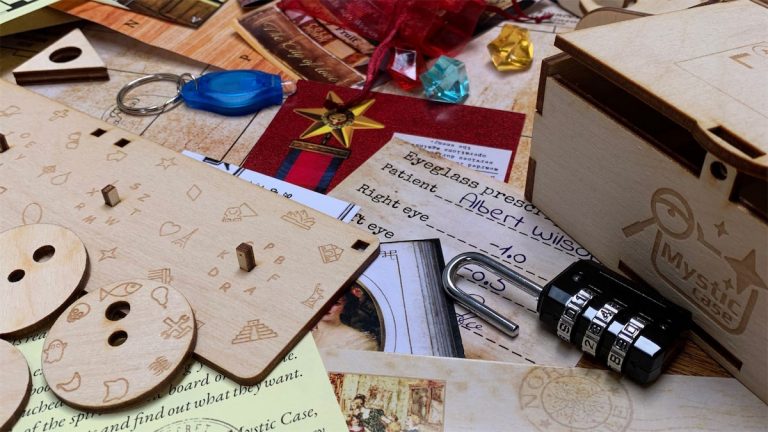 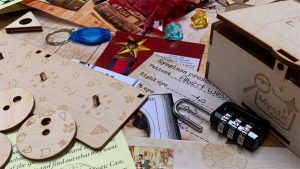