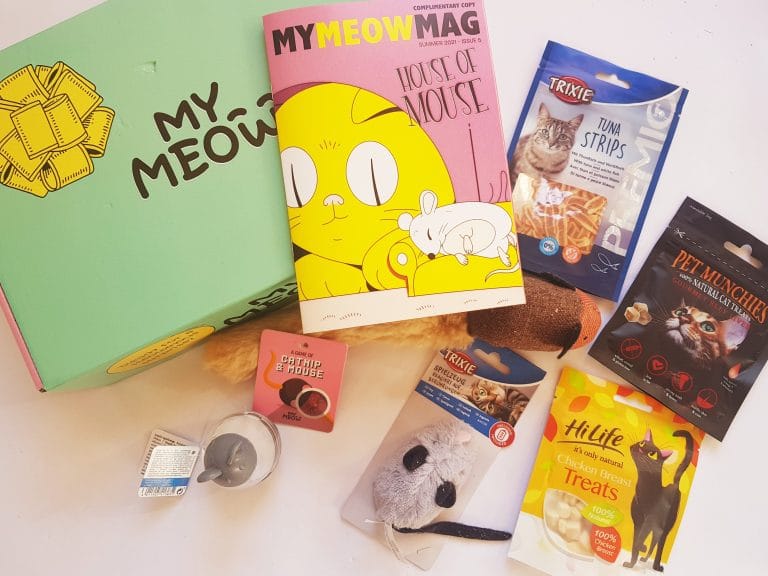 The arrival of the My Meow box is always quite an event in my house! This month I managed to get hold of it before my cat did, so nothing has been chewed ahead of time.

This monthly box of goodies for your beloved kitty/kitties has a different theme every time. This month we have House of Mouse, which makes sense as we all know that cats are avid hunters!

Before we get on to the goodies, there is also something in the box for owners: the MeowMag, which is included every month.

There’s an impressive amount of content, mostly based around the theme and also including fun things like puzzles, recipes (for cat treats, not people treats!), and behavioural information.

So the magazine is a great way to distract the owner while the cat gets on with the fun stuff. 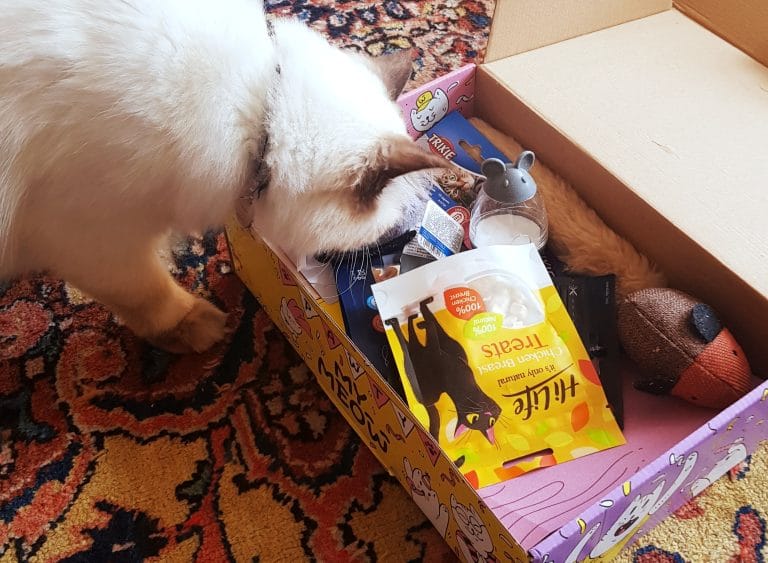 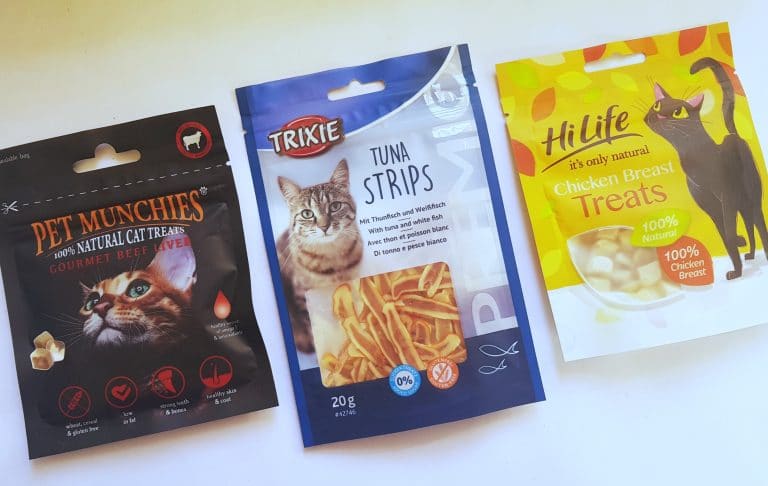 One noticeable thing about the treats included with the MyMeow box is that they lean heavily towards the ‘natural’. That is, they’re not the familiar biscuits made with little other than cereal and soya (neither of which cats would eat in the wild). Instead they’re super high in meat content, and frequently 100% meat, and this is what cats eat!

The three treats above are very popular with my kitty, though her first choice is always the chicken. One time she actually grabbed the bag and chewed through it! This time I managed to put them away so they are still intact to be actual treats rather than a meal. She also enjoyed the other two, even the tuna strips which is great as she’s not that big a fan of fish.

Anyway, you’ve got plenty of different treats here to keep kitty going for a while. 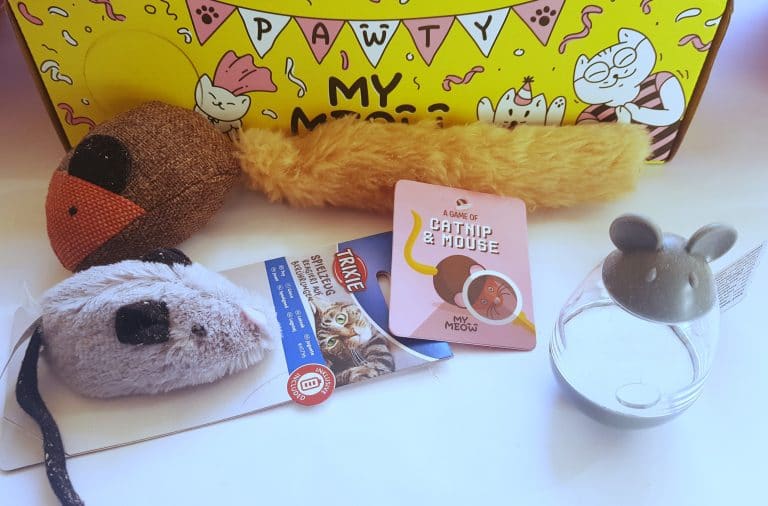 So as well as treats, there are also toys. In keeping with the theme, these are all mice this month, though they are different types.

There’s a soft catnip mouse with a long tail that crinkles. The plastic mouse can be filled with treats (try the chicken or liver ones!) and fall out as the cat bats the mouse around. It’s a bit like a weeble, it wobbles on its base when pushed.

The grey mouse on the left is the most fun. It’s a battery-operated toy (one is included so it will work straight out of the box!). It has little wheels on the bottom, rather like one of those pull-back toys, but instead, when it’s nudged it zooms along the ground before going backwards or rotating in a slightly random fashion. Then it stays still for a white until the cat investigates, nudges again, and off it goes.

My cat was utterly fascinated by this mouse toy. She darted around after it, wasn’t quite convinced when it stopped moving, and then as you can see, she finally picked it up and carried it off somewhere. 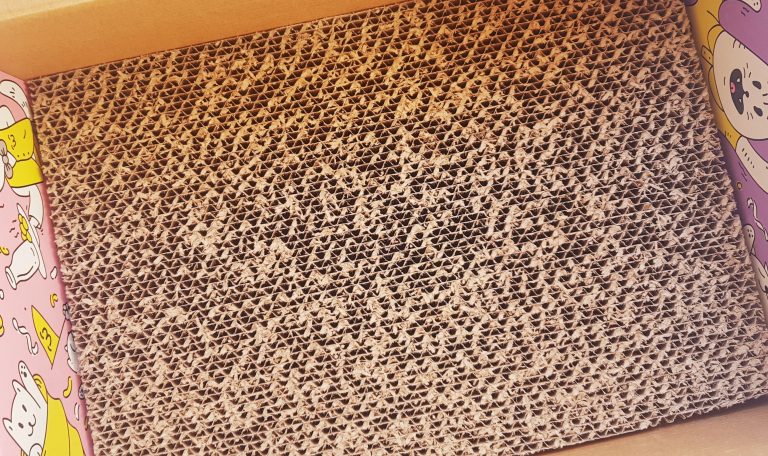 Just a quick PS to say that every box contains a corrugated cardboard scratch pad. Very useful, and recyclable!

What a great success this month's box is! Apart from the delicious treats (and the interesting magazine for me) the moving mouse toy was a huge hit. I did once think that it was possible to have too many cat toys, but in fact you work on the same principle as children: you keep a few out, and then you swap them round after a few days so they don't get bored. And as for the lovely treats, they are all healthy and good quality. If you think that your furbaby deserves spoiling, My Meow is a great way to do it!

How would you rate My Meow ?