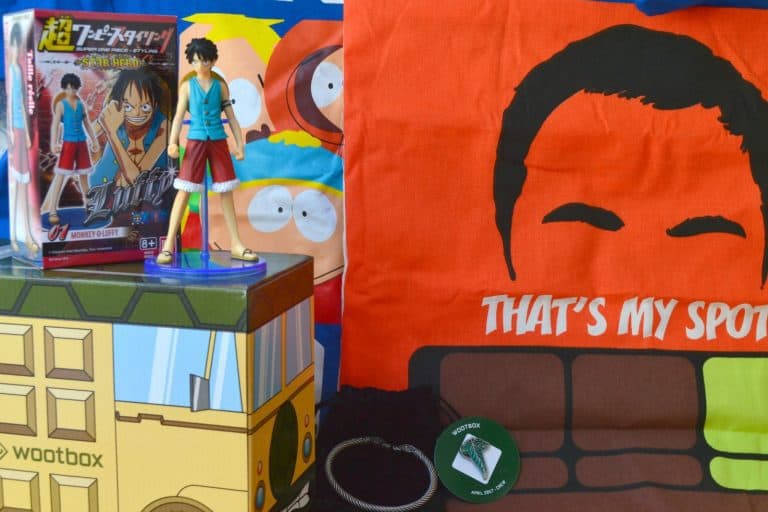 Crew was a theme I was looking forward to. I was intrigued how Wootbox was going to fill it because it wasn’t something that immediately screamed ‘nerdy’ to me. They did it though, and every piece in this box fits the theme well. 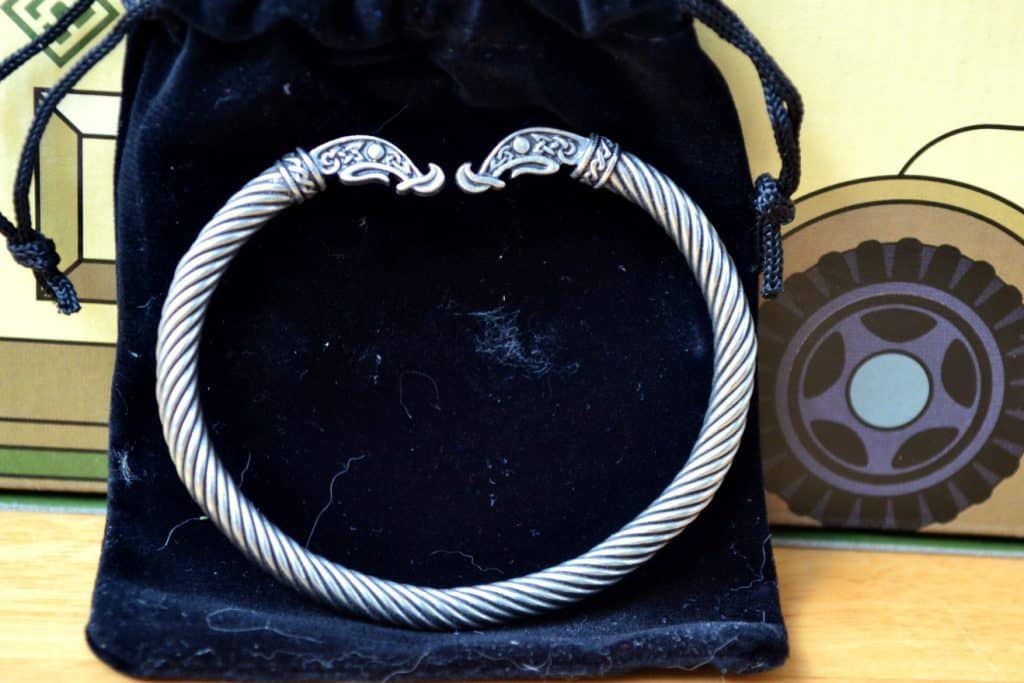 It’s rare that geek subscription boxes manage to find something cool and obscurely nerdy. This is a Viking ‘wristband’/ bracelet that the little Wootbox booklet explains as “forged on Kattegat banks” which is a town in the TV show Vikings and a place in the sea in real life. I like the show but this is nice even without that reference. Plus, it’s adjustable for any wrist size! 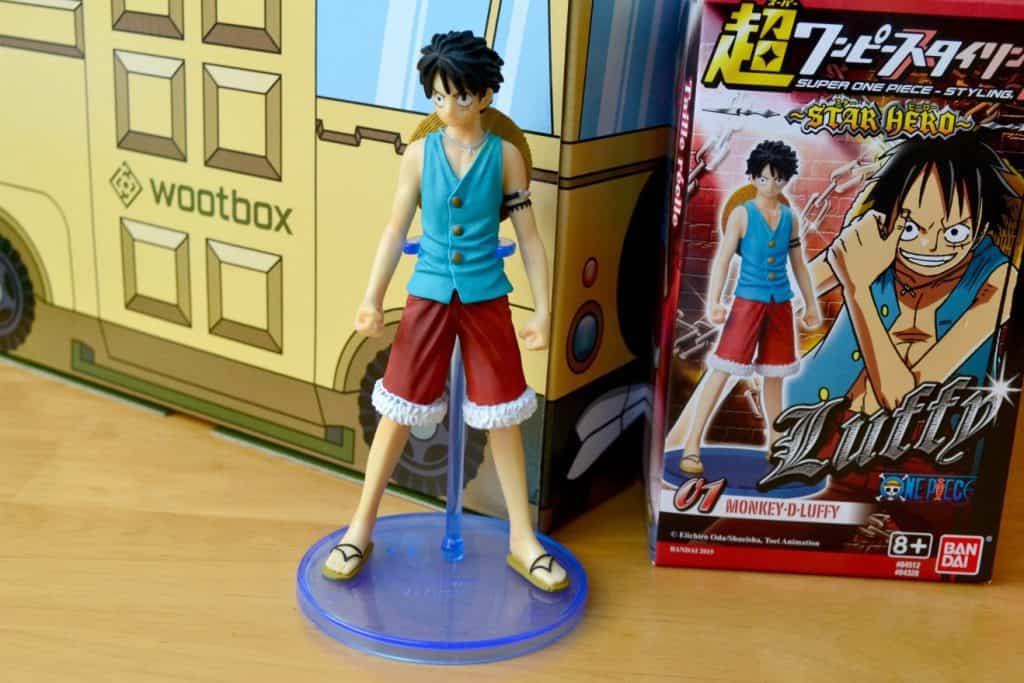 I’ve never read or watched One Piece as manga isn’t really my thing. But after asking around I managed to find a friend who did and wants to take this off my hands, so I guess it fits the crew theme that way! From what I can tell though, it’s a pirate-y thing so there’s a strong crew link, I just don’t know it. The figure in itself isn’t the best I’ve seen, there’s not a huge amount of detail and it’s not stylised in any way. The clothes look great with the folds and draping, the rest of it lets the figure down. 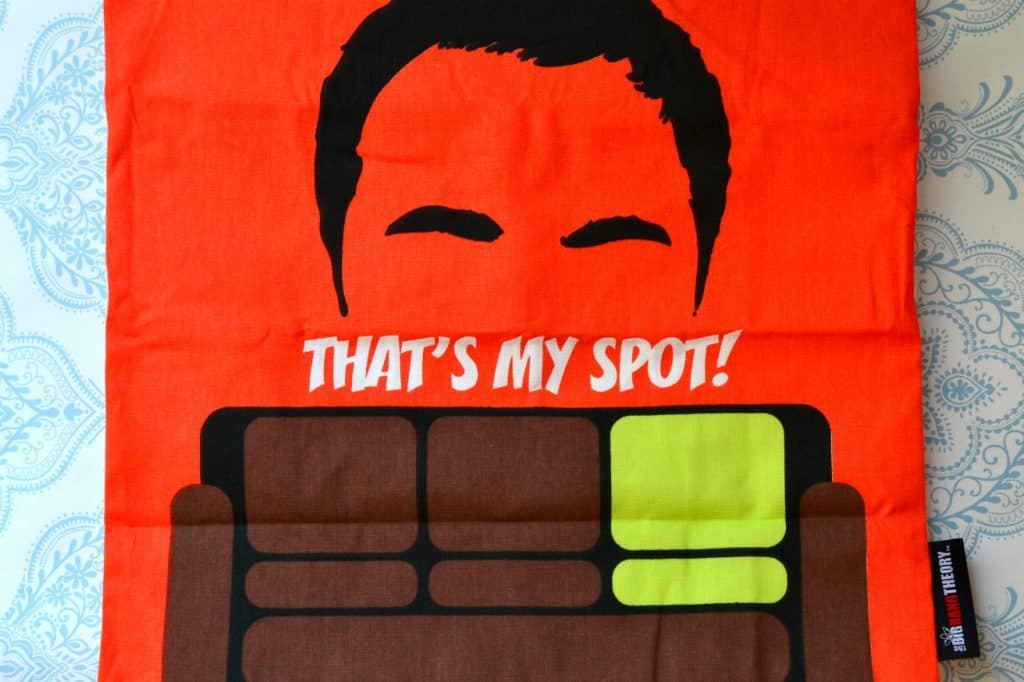 I may be off-base here, but I didn’t think people thought The Big Bang Theory was nerdy? It’s about nerds, but it’s always kind of been the show I think is about nerds for the people that laughed at nerds. The laugh track is frequently used to mock the characters for doing things I do. Like they go to the comic book store *laugh track*. I don’t know. The cushion cover is nicely made and feels durable, but I won’t be using it. They are a crew of friends so it fits, I guess. 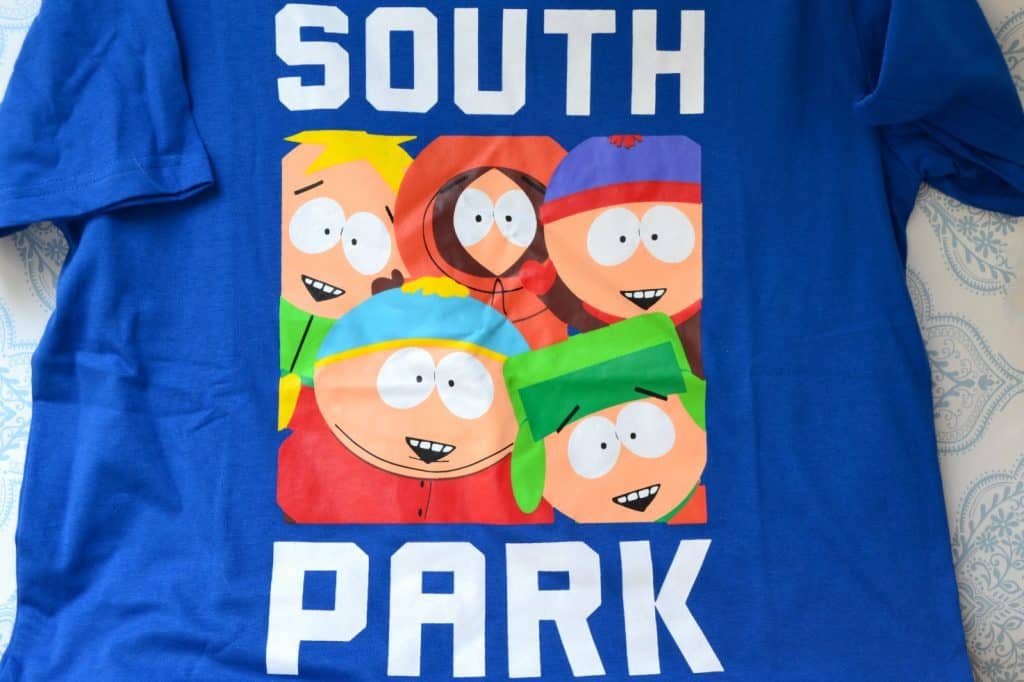 I’m also not a huge South Park fan! It’s just not to my taste. But I have a friend who loves it and will love this super soft teeshirt. She might have to wear it as a dress though because this is super big, much larger than normal. I always ask for large from subscription boxes because I like a loose fit. And if they run small then they fit for daytime and if they run large then I can wear them to bed. These Wootbox shirts usually run really small, so I was surprised that this was an actual large. 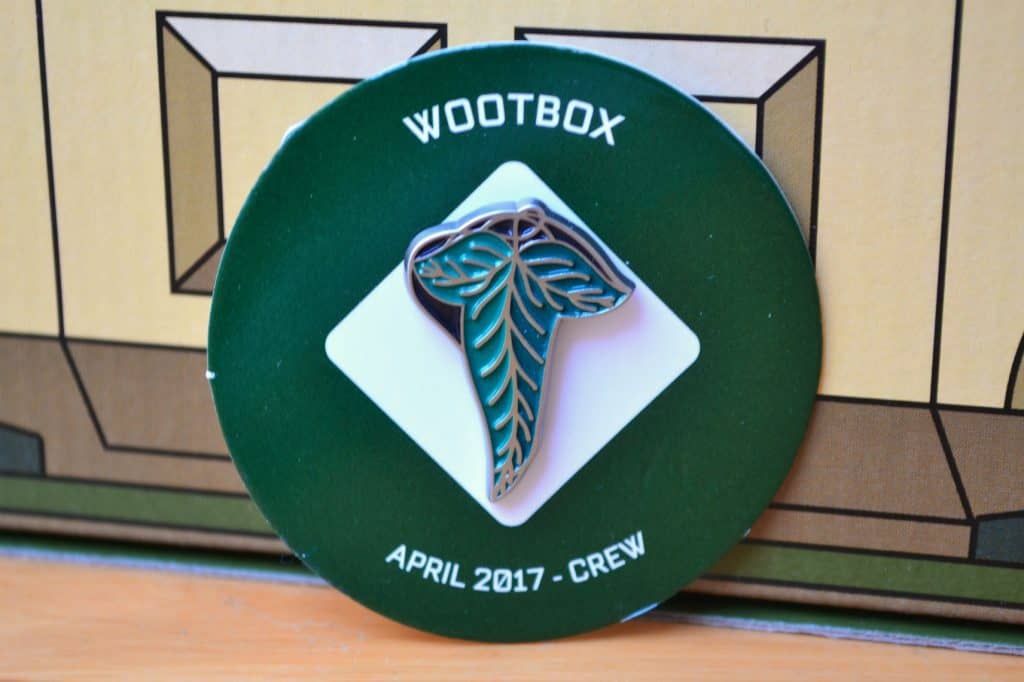 The pin this month was my favourite pin that Wootbox has ever put out though. And probably my favourite item from any of the Wootbox’s I’ve ever had. High praise! It’s the Elven leaf brooch that the Fellowship receive with their cloaks from Lady Galadriel and Lord Celeborn in Lothlorien. As always, it’s really nice quality and has been a nice addition to many a garment since I received it.

Overall, this was a Wootbox with some real highs and lows. I love the bracelet and pin, and that's really it. But it all fits the theme of 'Crew' well.