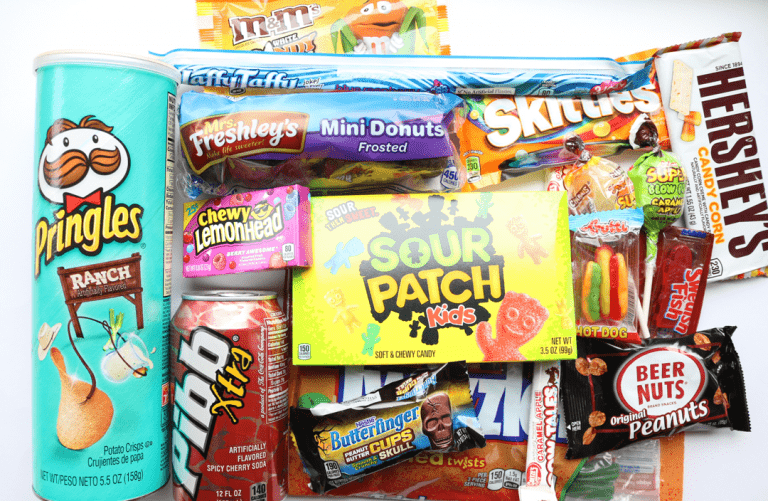 If you love American candy, Taffy Mail is the subscription box for you! Each month, the Taffy Mail team will send you a mouthwatering selection of American candy, snacks and drinks, many of which are unavailable to buy here in the UK. It’s a really fun way to explore new foods and a great way to treat yourself to something sweet and savoury every month!

Taffy Mail offers three different sizes of their subscription box, so you can choose between Lite, Classic and Extra, all at different price points to suit a range of budgets. The Extra one is the one that I’ve been receiving and it’s a HUGE box that’s crammed full of interesting American products.

This month’s Taffy Mail Extra box is of course themed around Halloween and features lots of popular American Halloween candy and snacks, so let’s get stuck in and see what’s inside. 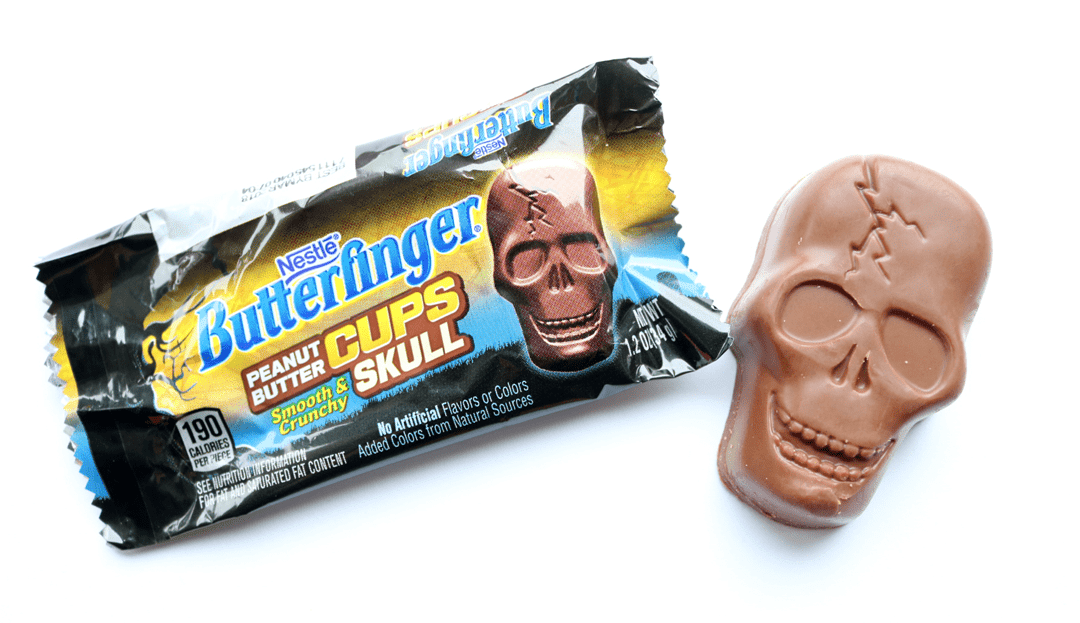 Butterfinger are a popular American chocolate bar that’s made by Nestle and this is their Limited Edition Skull version for Halloween. The pack contains one large chocolate skull as you can see above, and inside is a sweet peanut butter flavoured filling with little crunchy bits. Ghoulish and delicious! 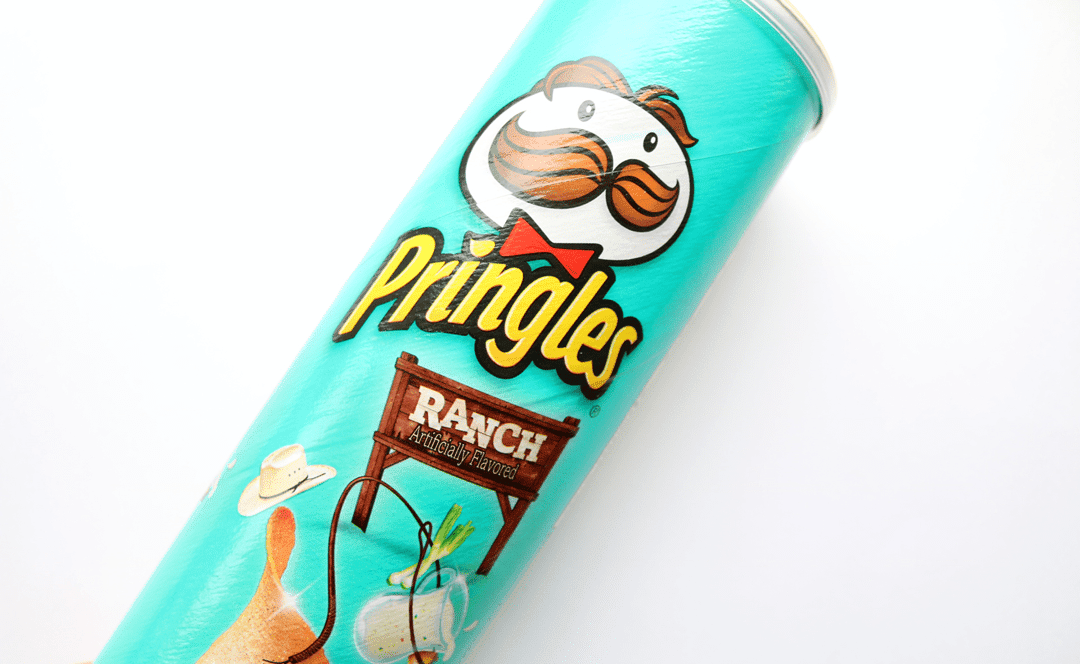 The Extra boxes often contain larger snacks such as tubes of Pringles and it’s always fun getting to try the different flavours that we don’t have here in the UK. This one is the massively popular Ranch flavour and having now tasted it for myself, I can see why everyone loves it so much! It’s a bit like Sour Cream & Chive, but with a more tangy flavour – so, so good and very moreish. 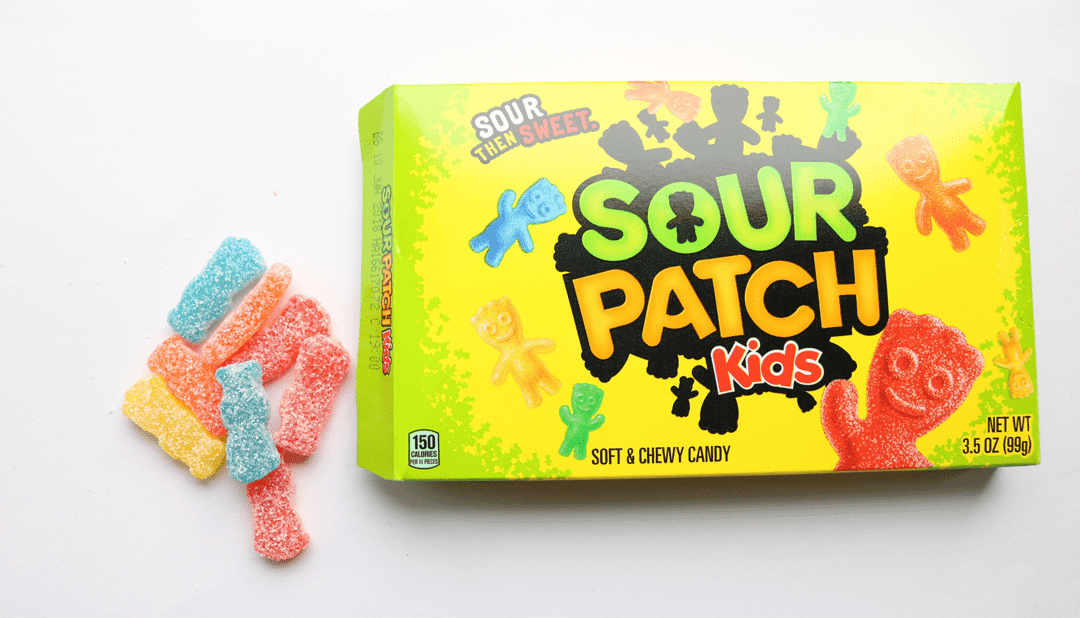 I love sour sweets – the sourer the better is my motto, so I was thrilled to see a pack of Sour Patch Kids in the box. These have a great sour taste at first and then change to sweet, and they have a very satisfying chewy, gummy texture. I could probably eat about ten boxes of these! 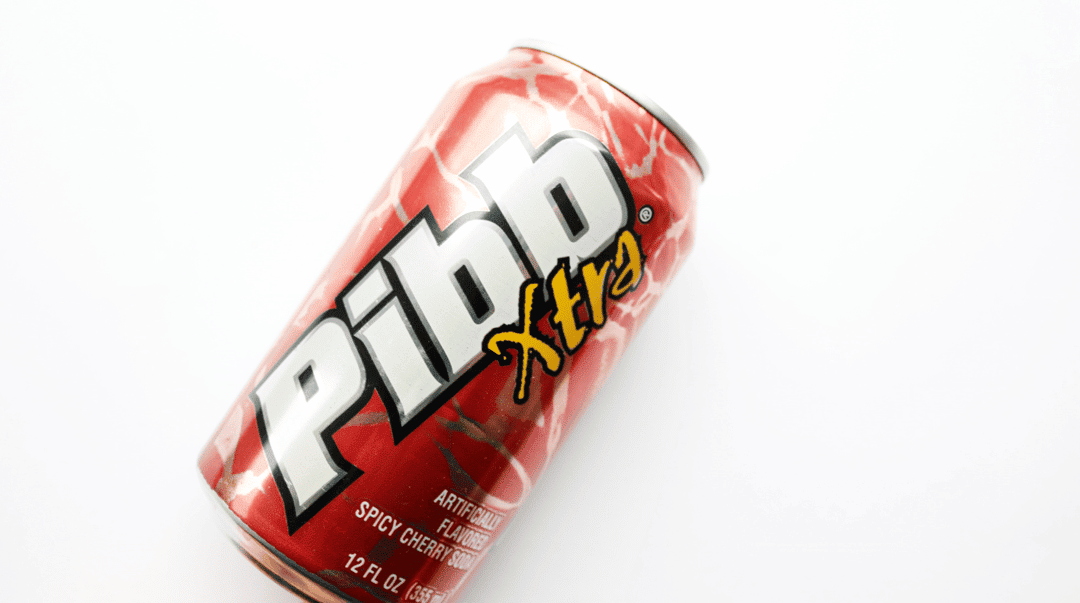 I haven’t heard of Pibb before, but it’s basically Coca Cola’s rival version of Dr Pepper that you can’t get in the UK. This Xtra flavour has added Cinnamon for a more Spicy Cherry soda taste and it’s really good. 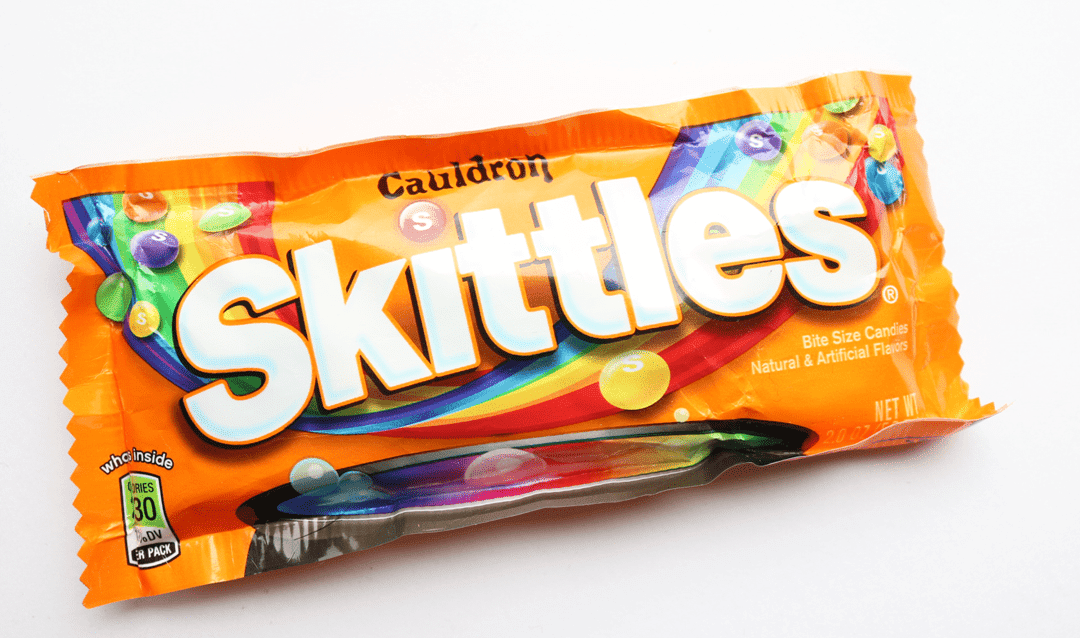 This is Skittle’s Halloween edition called Cauldron which features five fruity flavours; Lurking Lemon, Petrified Pear, Twisted Tangerine, Bogey Berry and Gripping Grape. They taste pretty much the same as regular Skittles, except for maybe the Tangerine and Berry flavours? Nevertheless, they were fun to try out as I haven’t seen these over here. 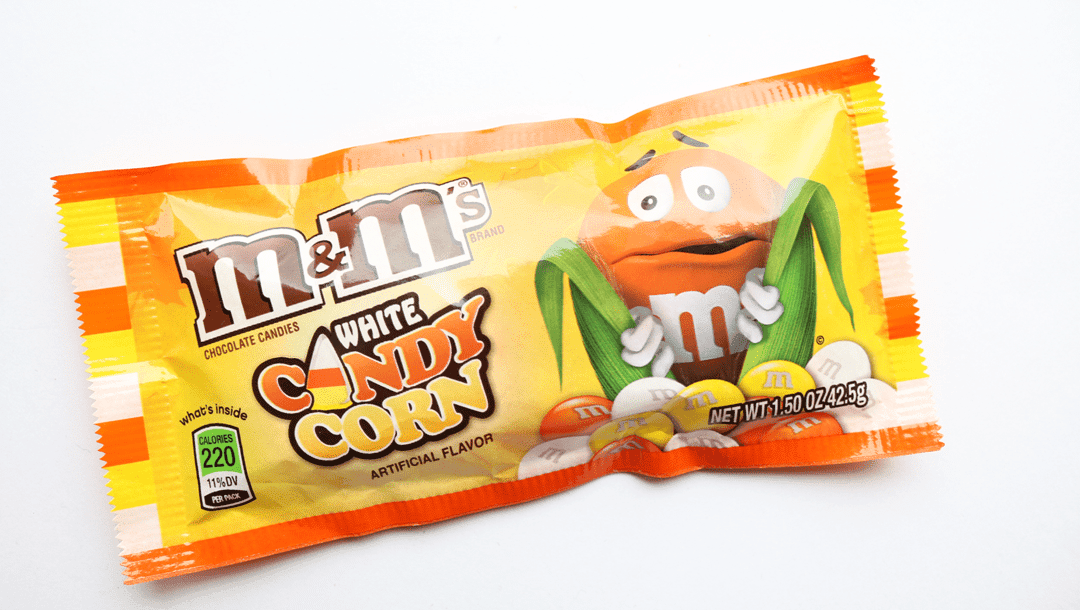 If you google American Halloween Candy, something called Candy Corn will immediately come up and it’s a seriously love/hate tradition in the States. I’ve tried Candy Corn before and wasn’t overly keen on it (it’s very sickly sweet pieces of sugar candy shaped like corn kernels), and I wasn’t much of a fan of these white chocolate M&M’s with a Candy Corn flavour coating. Too sickly for me sorry! 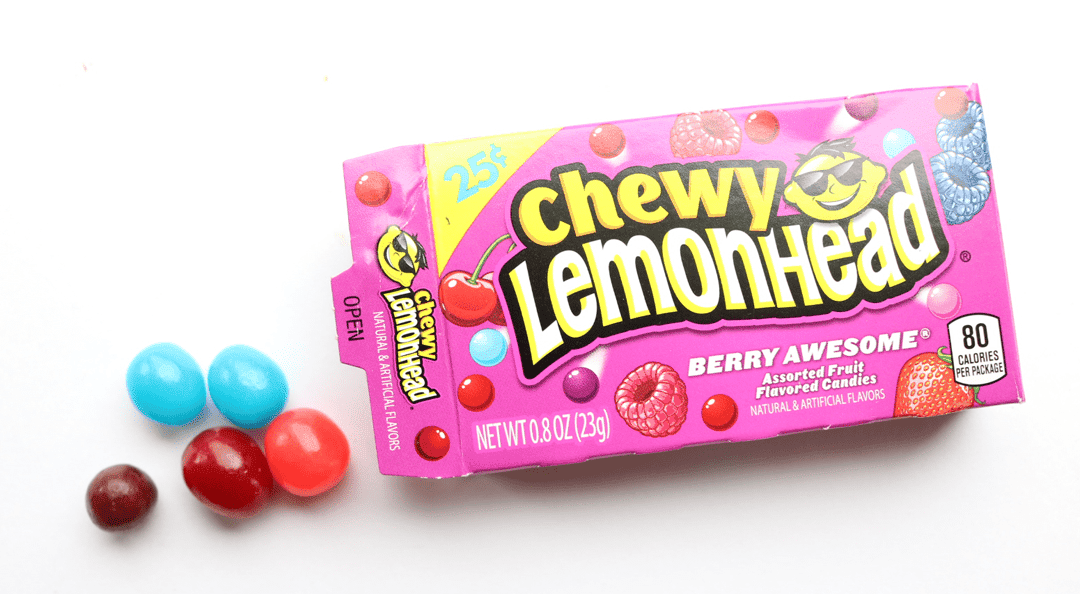 Chewy Lemonheads are kinda like Jelly Beans and this pack features a mixed variety of different fruity berry flavours. Ideal to reach for when you have a fruity and sweet craving. 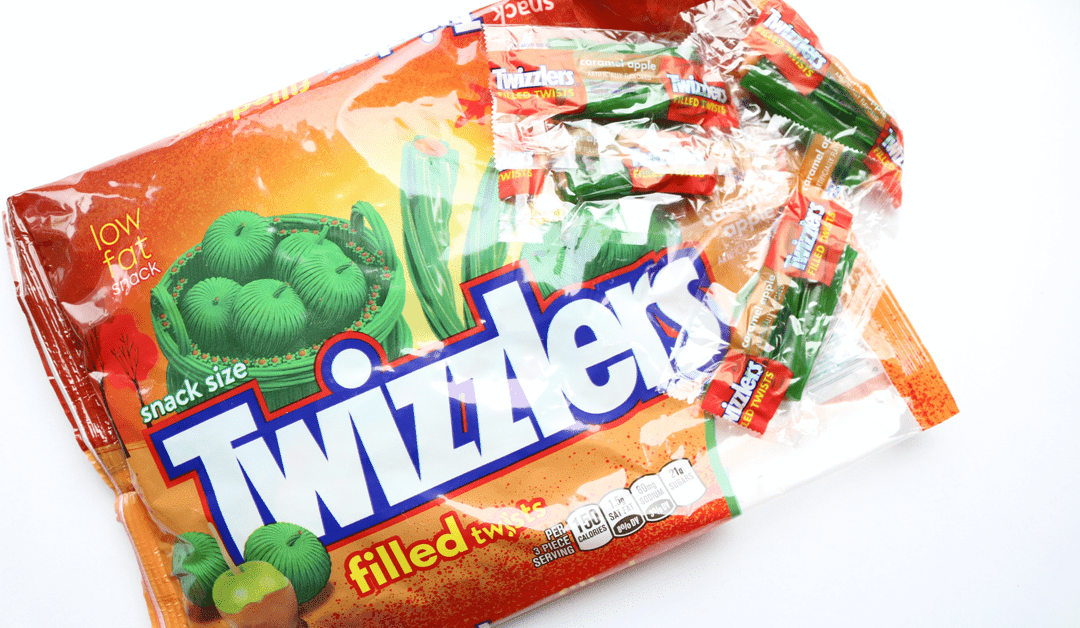 It wouldn’t be a Halloween themed box without a large bag of candy that you can give out to trick or treaters, and Taffy Mail have included a bag of Twizzlers’ popular Filled Twists in a seasonal Caramel Apple flavour. This huge bag contains lots of snack size mini packs so you’re well and truly stocked up for Halloween! 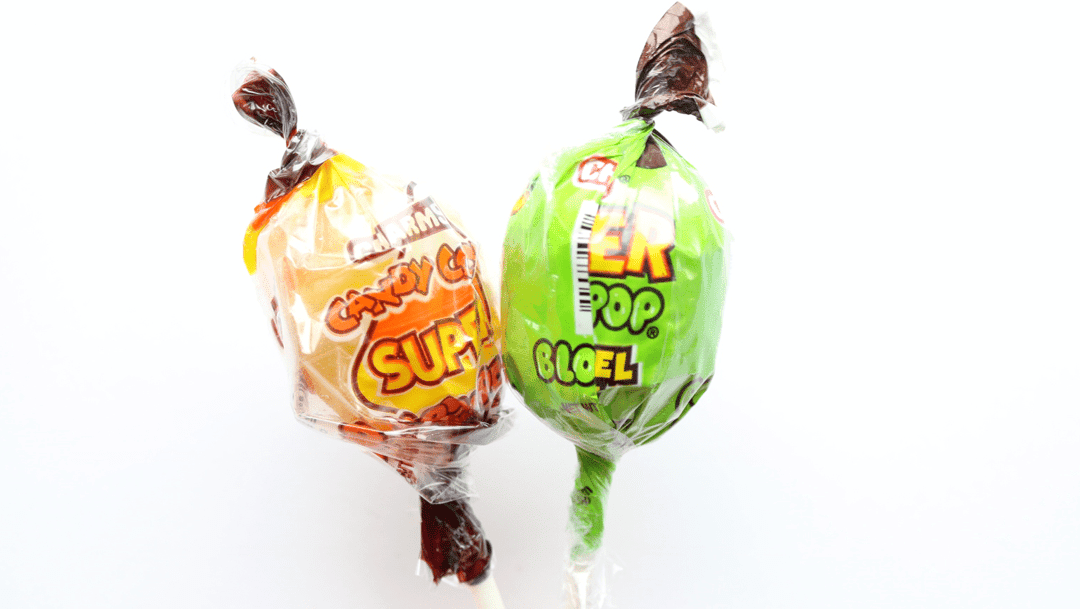 These two giant lollypops have a bubblegum centre and come in Caramel Apple and Candy Corn flavours. I haven’t seen anything like these in the UK so they were fun to try out and my sister loved the Candy Corn one. 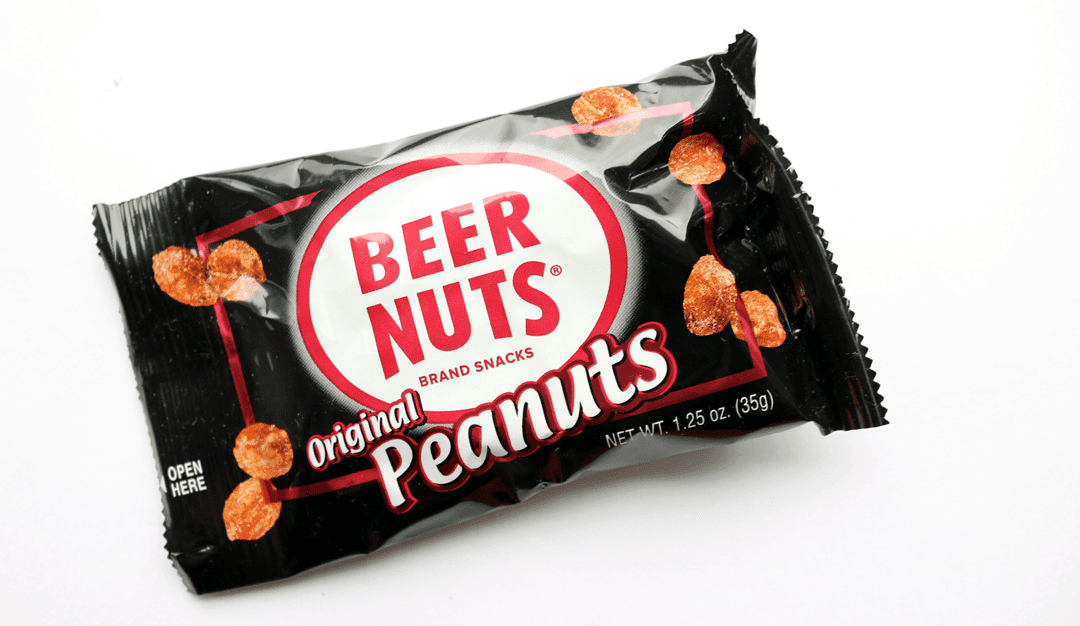 For a savoury snack to compliment a cold glass of beer (or cider in my case), you can’t go wrong with a bag of salted peanuts can you? These were good!

I was surprised to see a pack of mini donuts included, and these were from Mrs Freshley’s. Despite the name though, they tasted a bit bland and dry, with the thin chocolate frosting coating not really adding anything to them. Disappointing, but my housemates were happy to finish off the rest of the pack.

Cow Tales are long thick strips of chewy caramel and this one was flavoured with Caramel Apple which was so yummy! I love anything Caramel Apple flavoured and would definitely buy these again if I saw them in a shop.

Like Cow Tales, Laffy Taffy is another popular American sweet that comes in a long strip of chewy candy, but this one usually has fruity flavours such as Blue Raspberry. Tasted a bit like bubblegum! 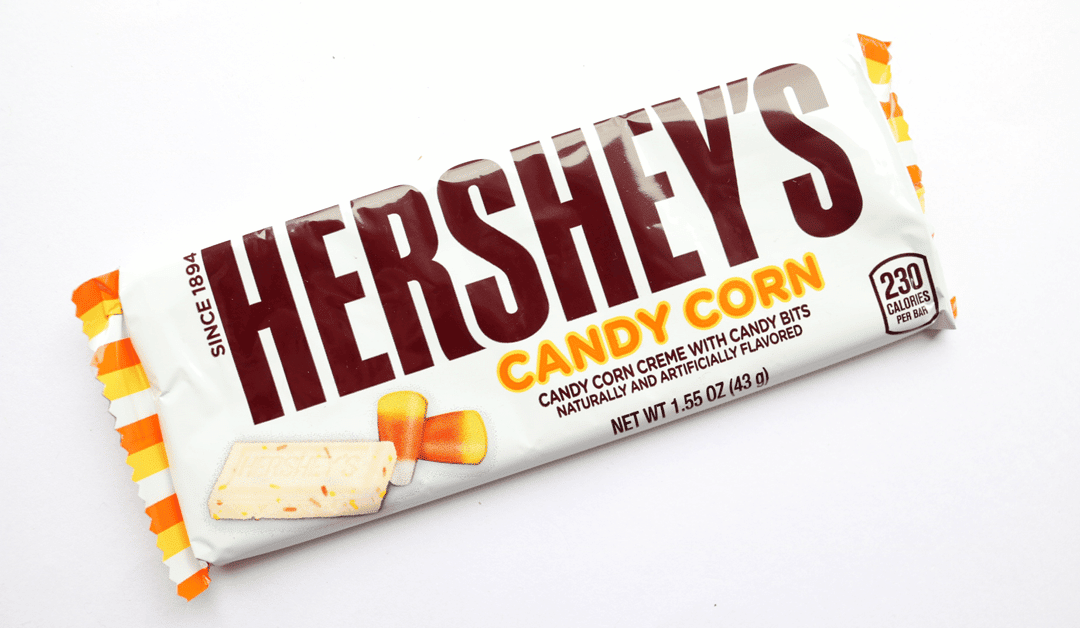 As I mentioned earlier, Candy Corn is definitely not my thing, so I passed this bar of Hershey’s onto my sister who really enjoyed it. This white chocolate bar featured candy corn flavoured pieces for a sweet Halloween treat. 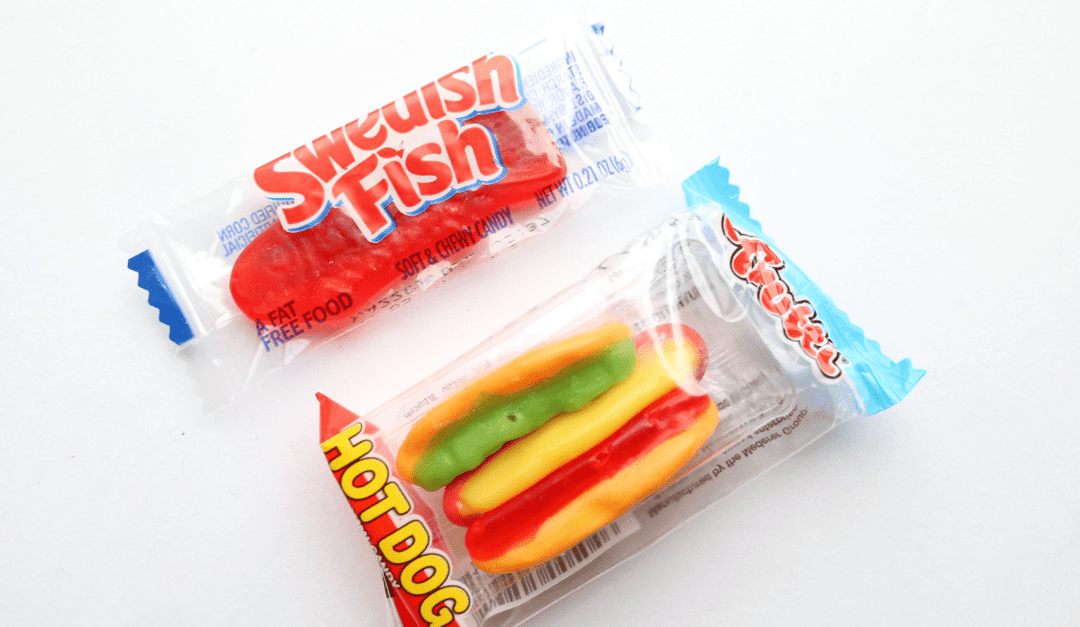 At the bottom of the box, I found two smaller items; a gummy Hot Dog and a Swedish Fish. I’m going to save these two for the trick or treaters I think!

This is an amazing box for anyone who enjoys trying American Candy and Snacks, and this special Halloween themed one is sure to delight! Despite not liking the Candy Corn products, I LOVED the Ranch flavoured Pringles, the Sour Patch Kids and the Pibb Xtra, so there's plenty of variety for everyone to enjoy!