I was sent an Extra sized box to rifle through and test which meant 19 different things to try including a can of American soda and one premium item, in my case, a pack of Maple Bacon Pop Tarts. There’s also a taster size Lite box with four or five treats and a Classic size which includes 10-12 sweets and a can of pop.

When I opened the box (which was a considerable size) for the first time, I had a lot of fun rummaging through to find all of the treats in amongst the packaging. At one point it felt like there were so many things hidden that I’d never find them all. Of course that didn’t happen, but let’s just say you get a lot of bang for your buck in this box and I was really impressed.

So what was in the box?

A LOT. I made a beeline for the Rocky Road Smores first up (I mean, what a combo) and it didn’t disappoint. 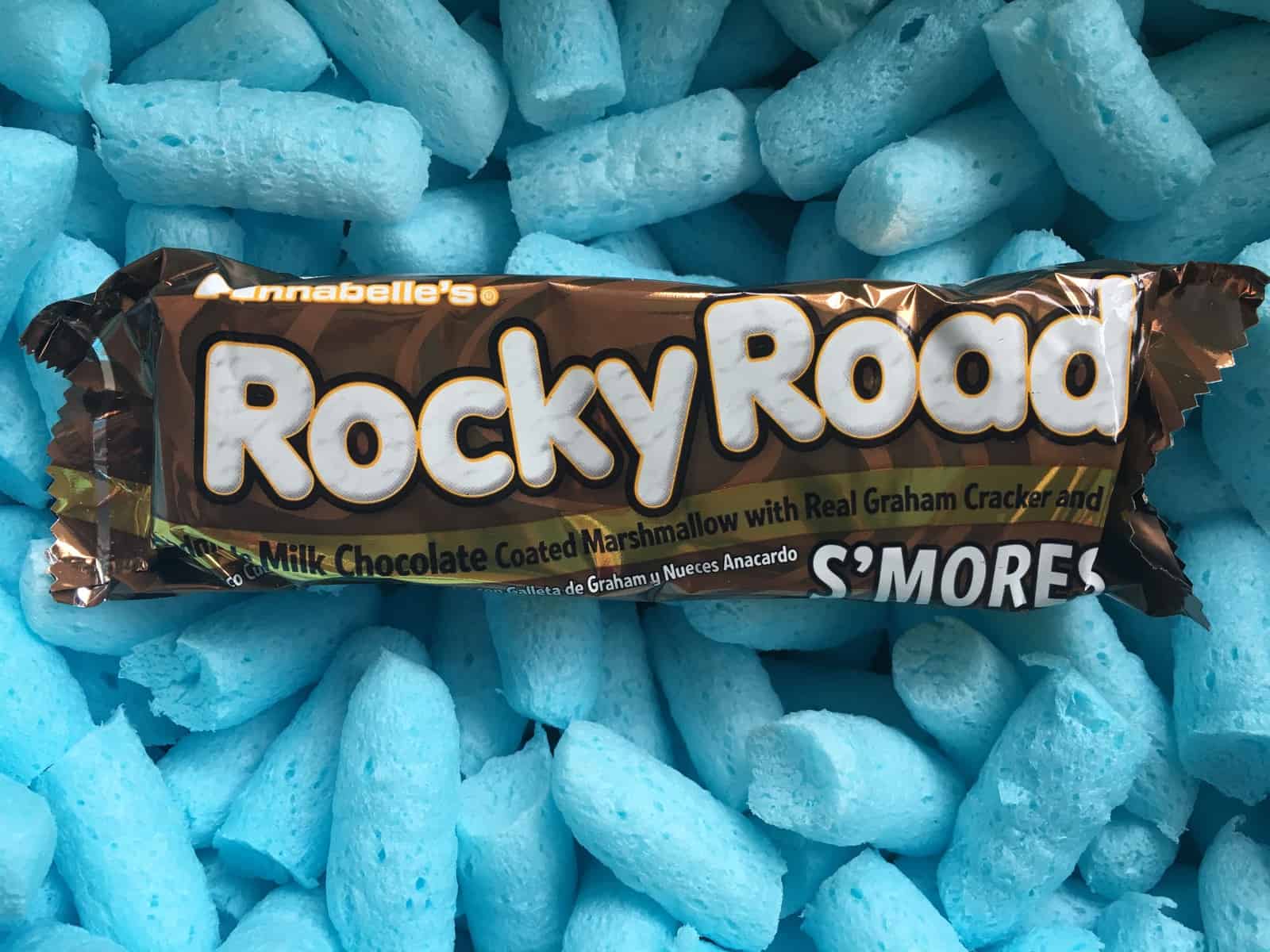 Likewise the Sweet and Salty Pretzel Pieces which are up there with the best things I’ve ever tasted. Seriously moreish with the perfect amount of savoury and sweet taste and covered in chocolate. 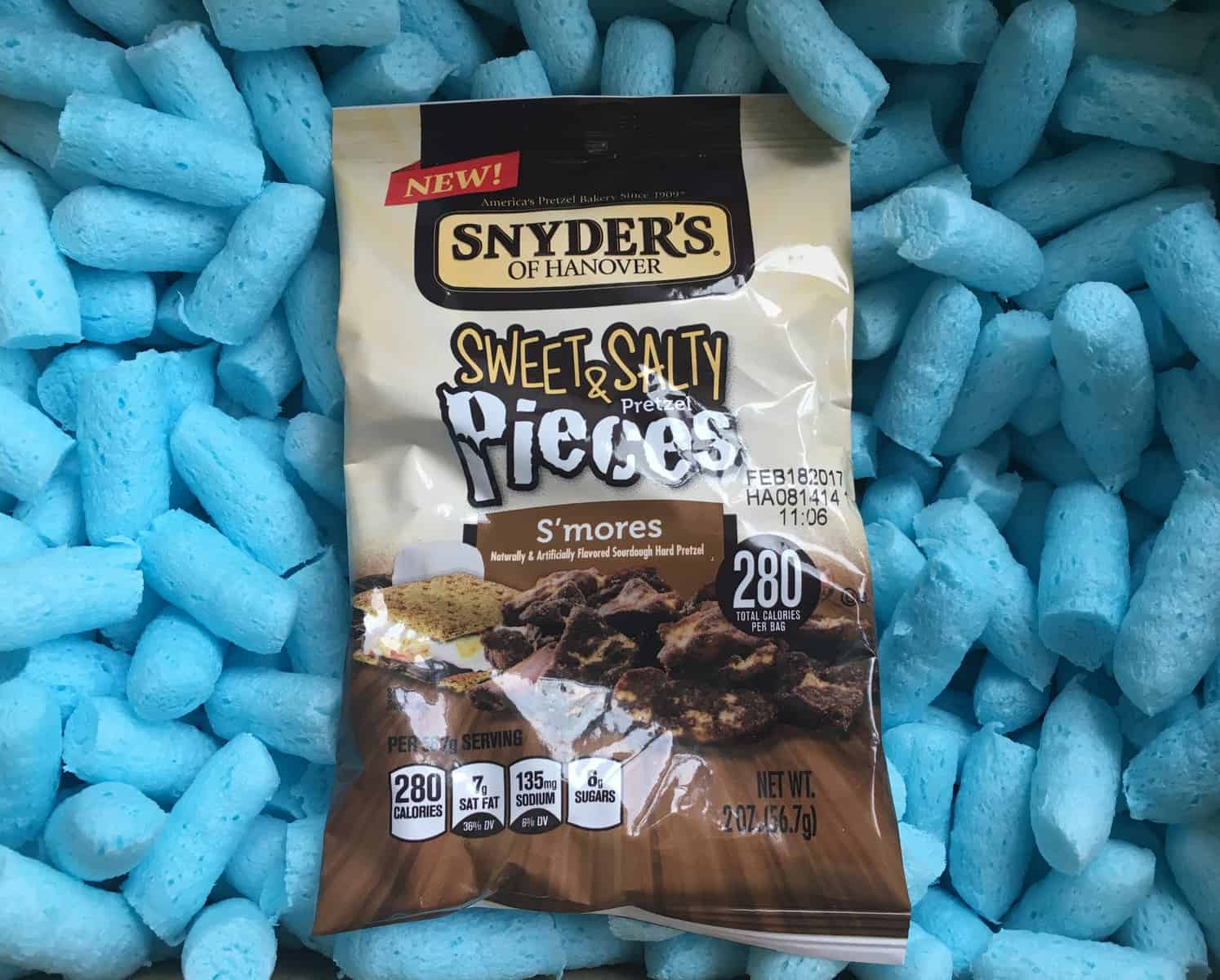 The other pretzel-based snacks in the box didn’t hang round either. The Flipz birthday cake covered pretzels were just the right amount of sweet, crunch and pretzel tang and the Take 5 five-layer bar with pretzels, chocolate and peanut butter was delicious. If anything, after testing this Taffy Mail box I’ve realised that I need more pretzels in my life. 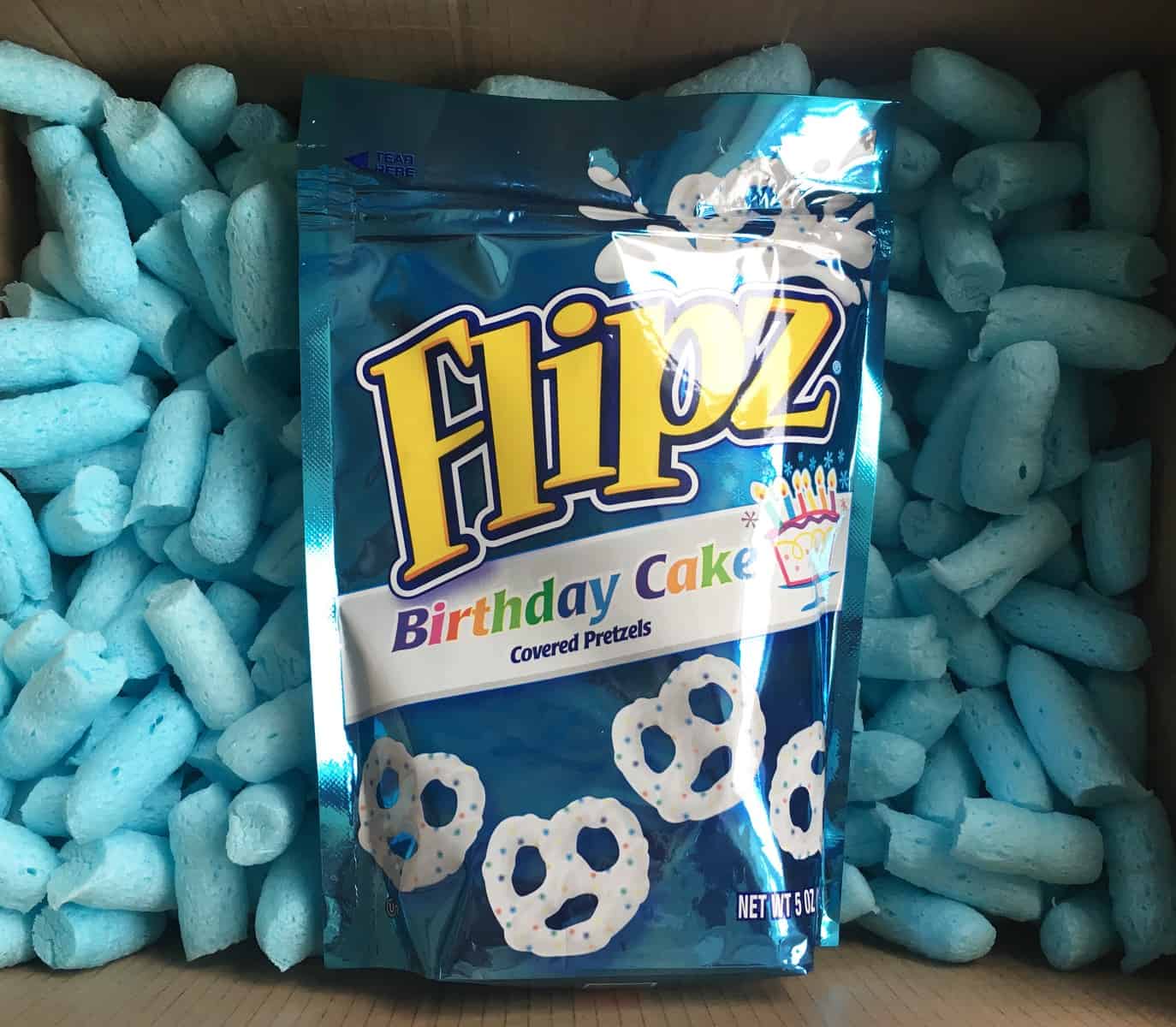 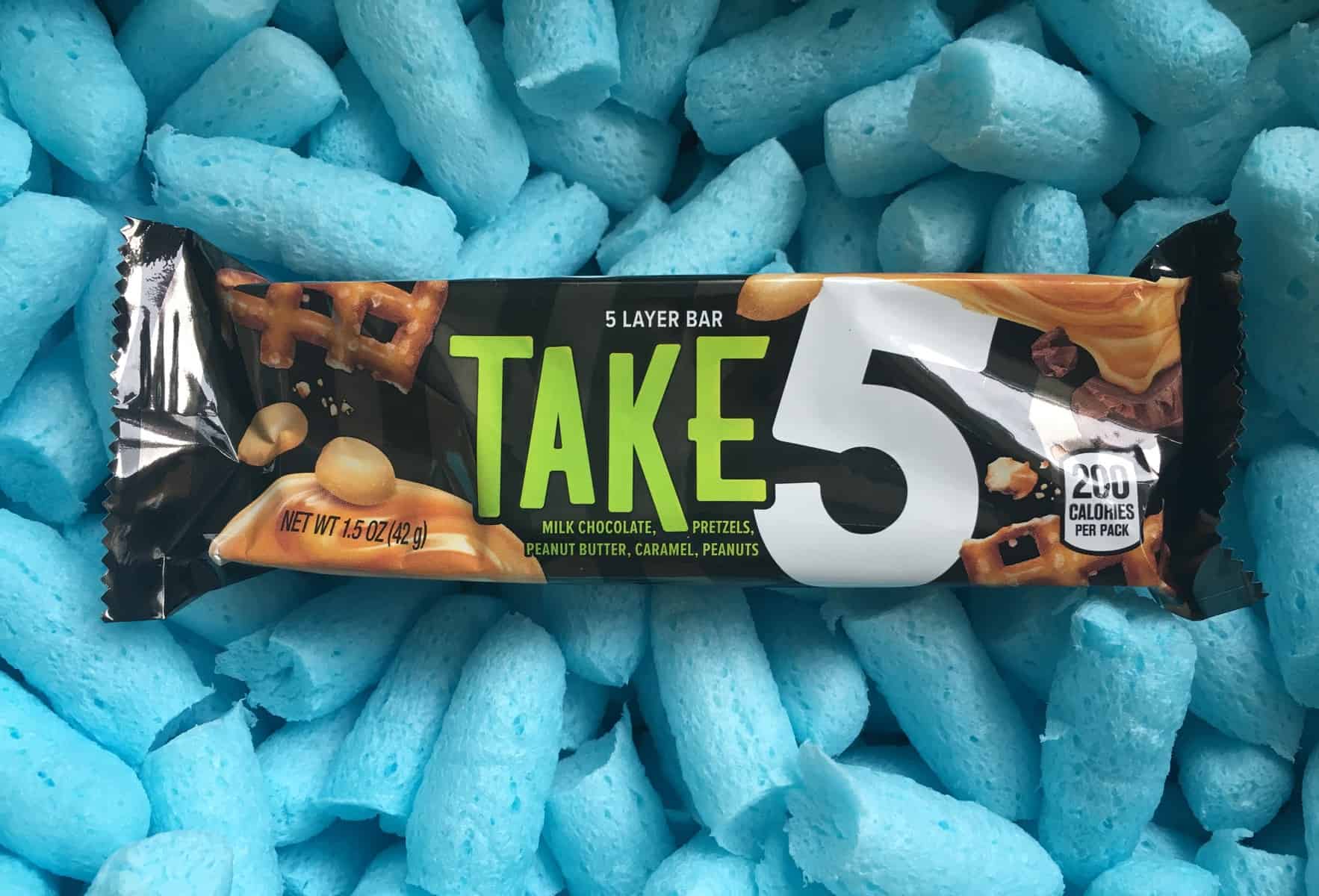 The peanut butter Twix was a delicious twist on an old classic and you can’t go wrong with the mix of peanut butter and chocolate in my opinion. The On-It U-No bar was a bit of a surprise as it was really moussey in texture (and kind of melted a bit in the office when I took it to work) but I didn’t let that stop me – ever the intrepid reviewer – and I ate it with a spoon. Had it not melted this would have been great but I still loved the light and gooey chocolate and it livened up an otherwise dull shift. 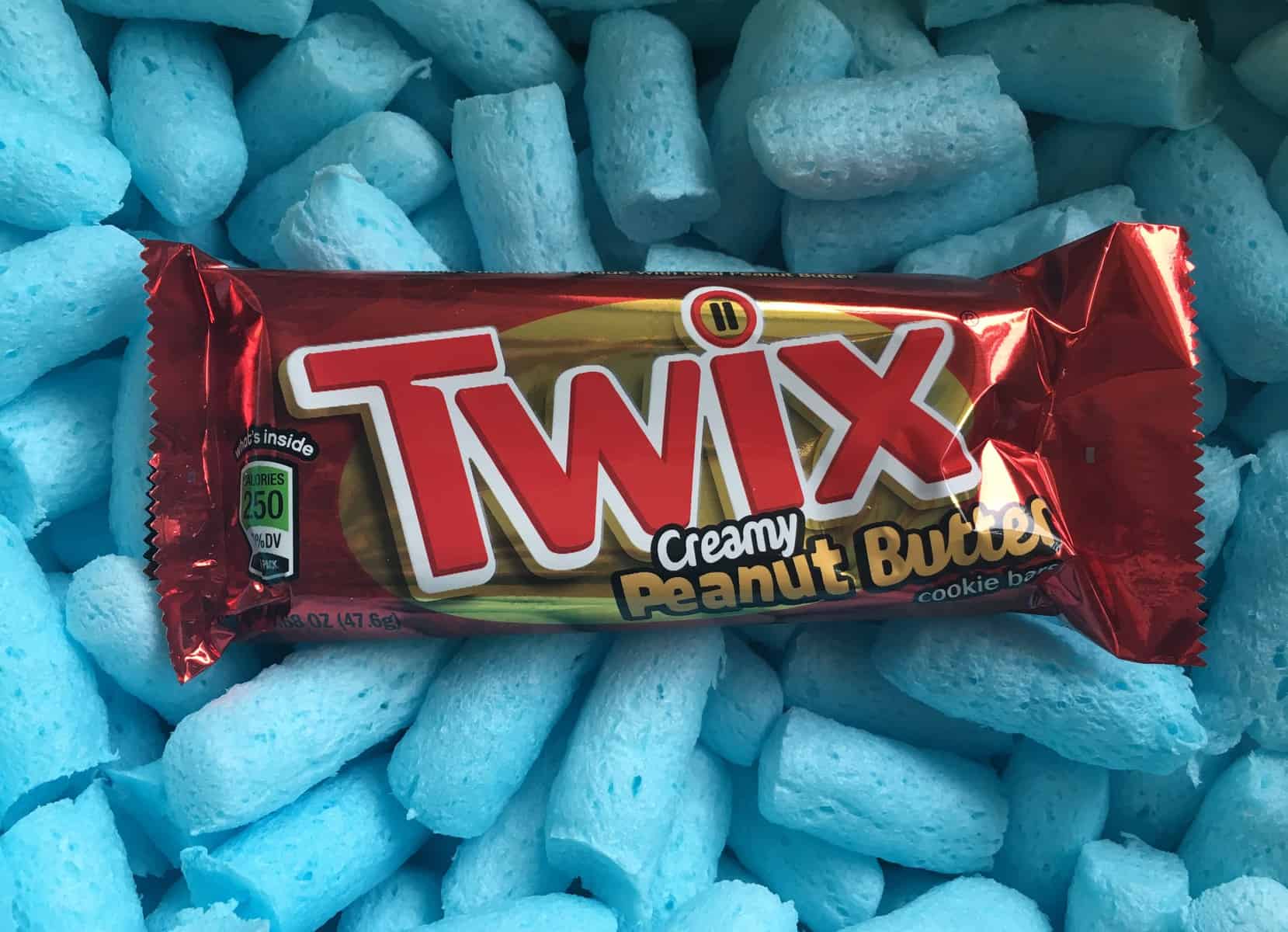 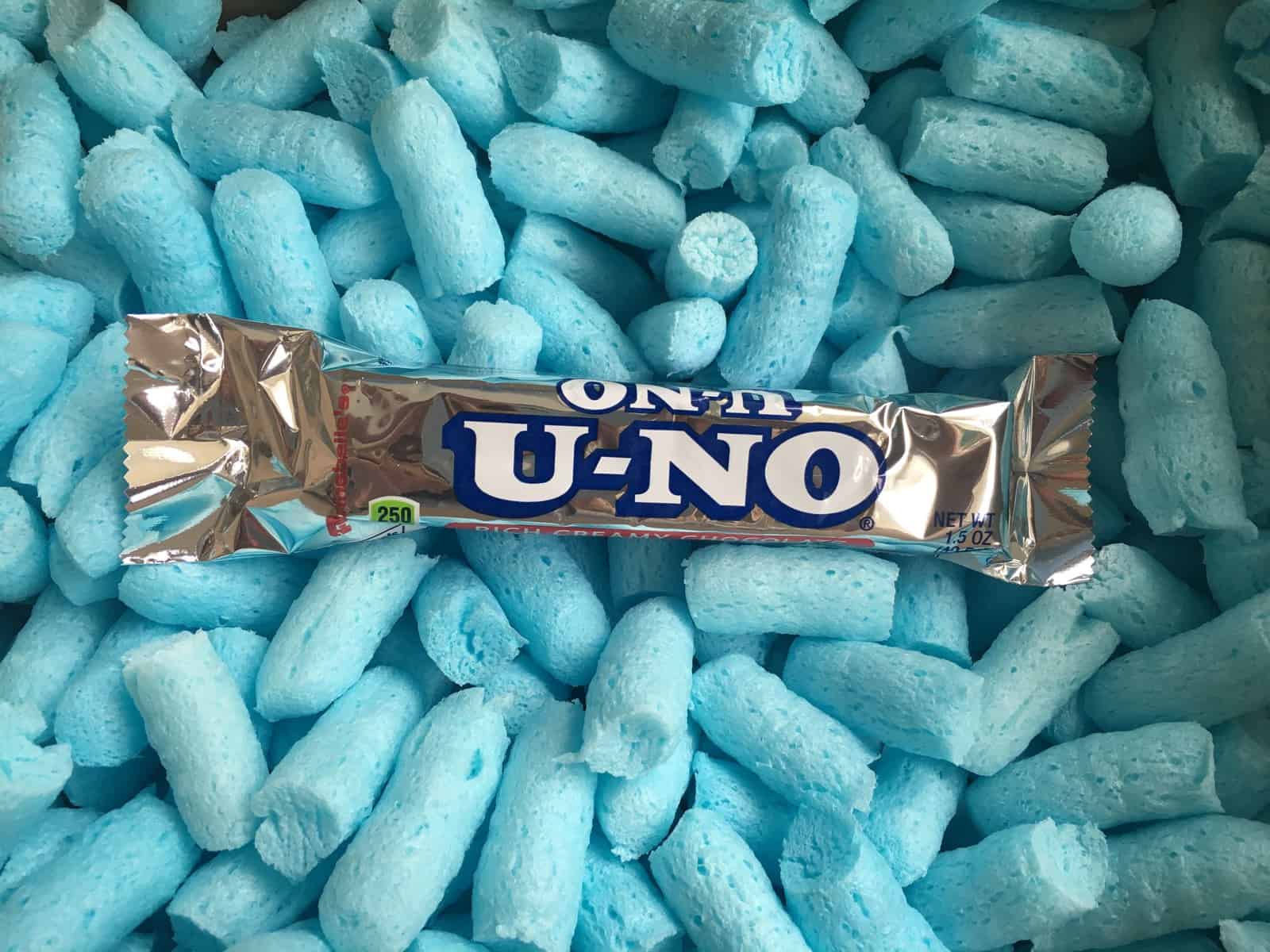 The premium item in my box was some limited edition Frosted Maple Bacon Pop Tarts. Yes please. I’ve not had Pop Tarts in years so this was a nice blast from the past. I loved the flavour (after nearly burning off the roof of my mouth – I forgot they are hotter than the sun) and they were a great addition to the box. 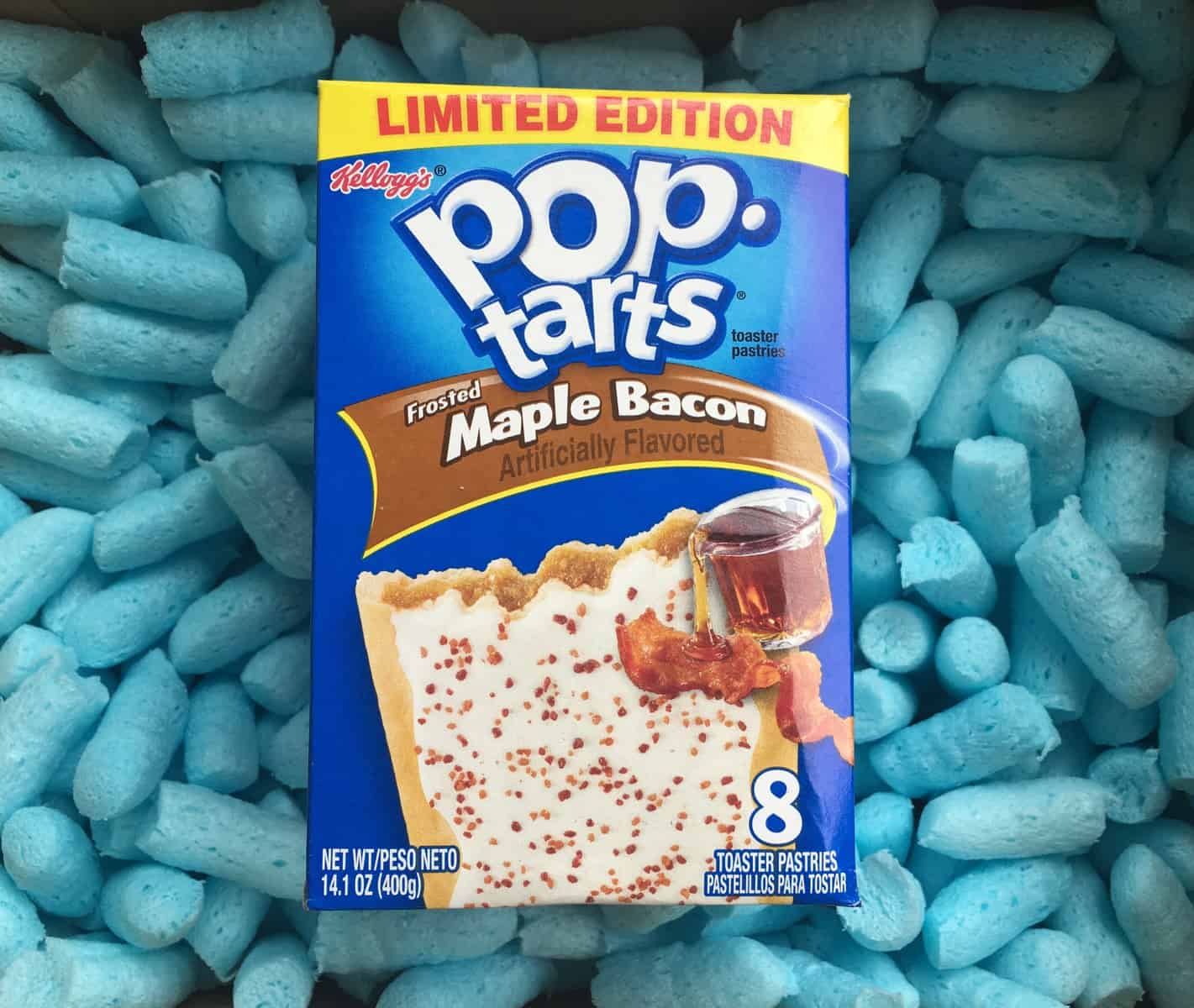 Another substantial item was the Cinnamon Honey Bun, a Cinnabon iced snack. This was sweet, soft, a bit chewy and very cinnamony – basically everything I wanted it to be. 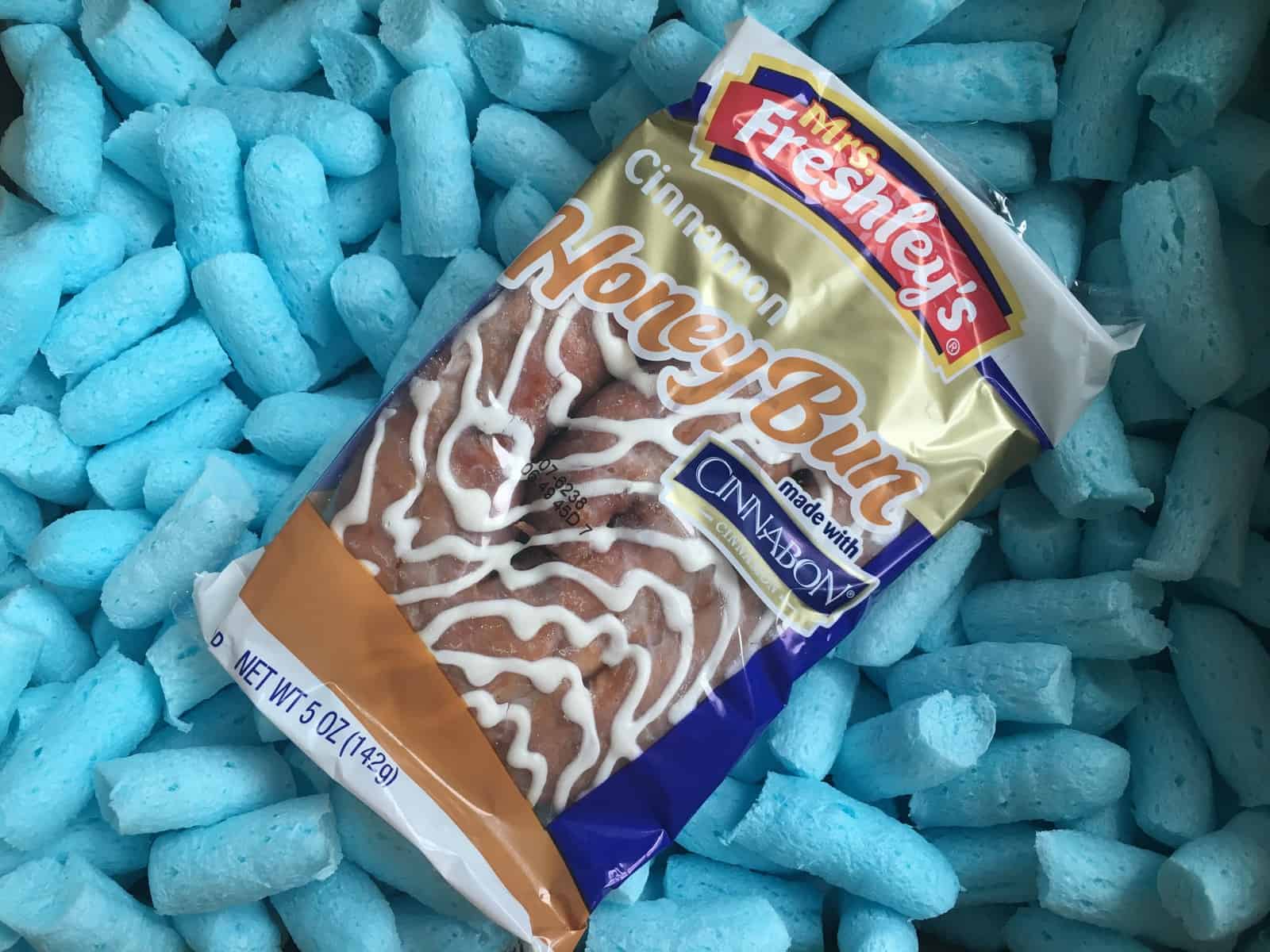 Away from snacks and onto the sweet front, there was a really good selection included in this box.

First up the Smarties, which were nothing like the UK chocolate Smarties we’re more familiar with, were a refresher-style sweet and really nice. The Kiwi Berry Blast Blow Pop was a lolly with a hardboiled exterior and soft bubble gum interior, or two sweets in one. 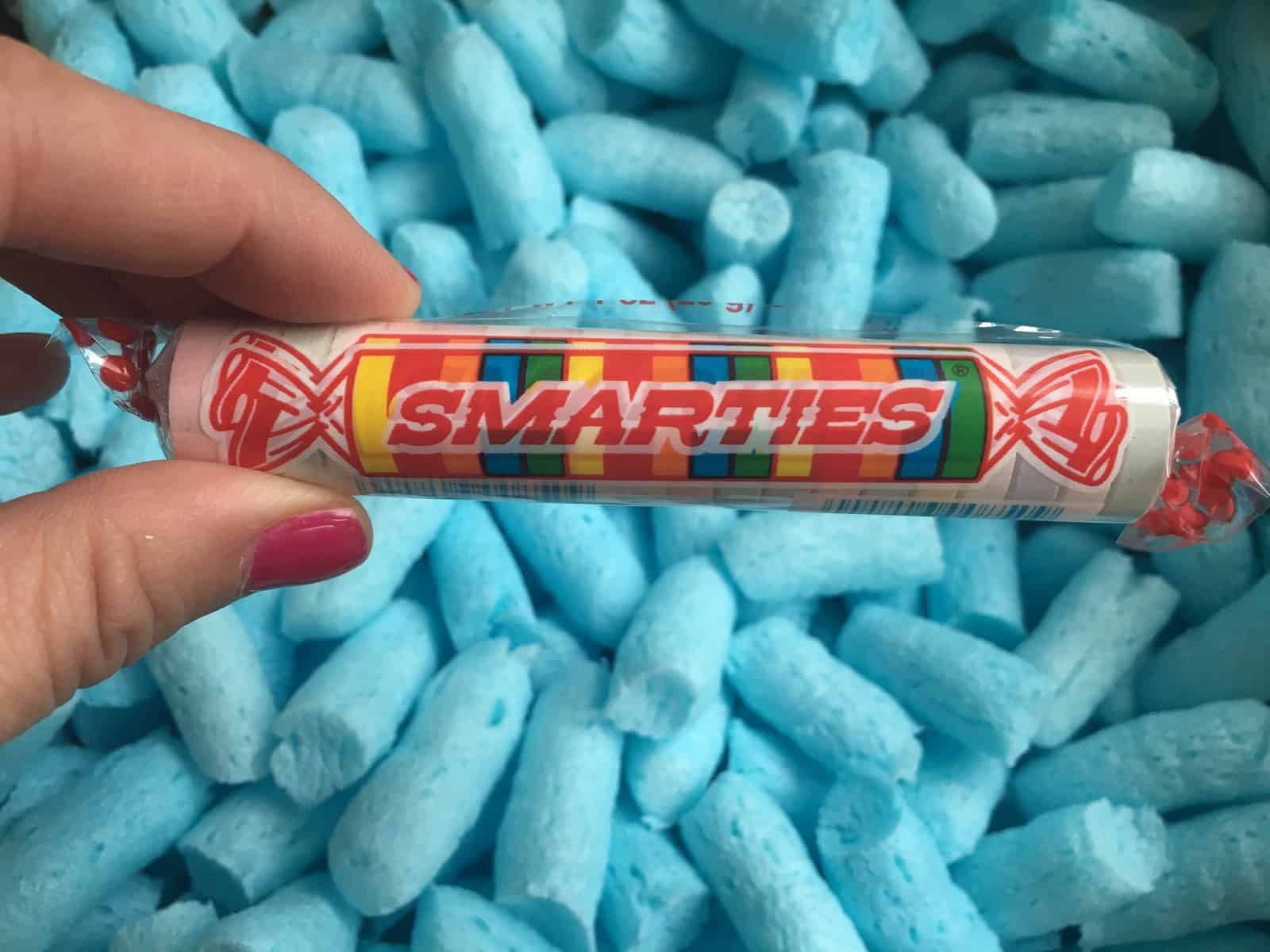 The Lemonhead Lemon candy had a sharp but not unpleasant taste and came in a handy box to slip into your bag while the Pop Rocks popping candy in Apple-tastic flavour did what it says on the wrapper. 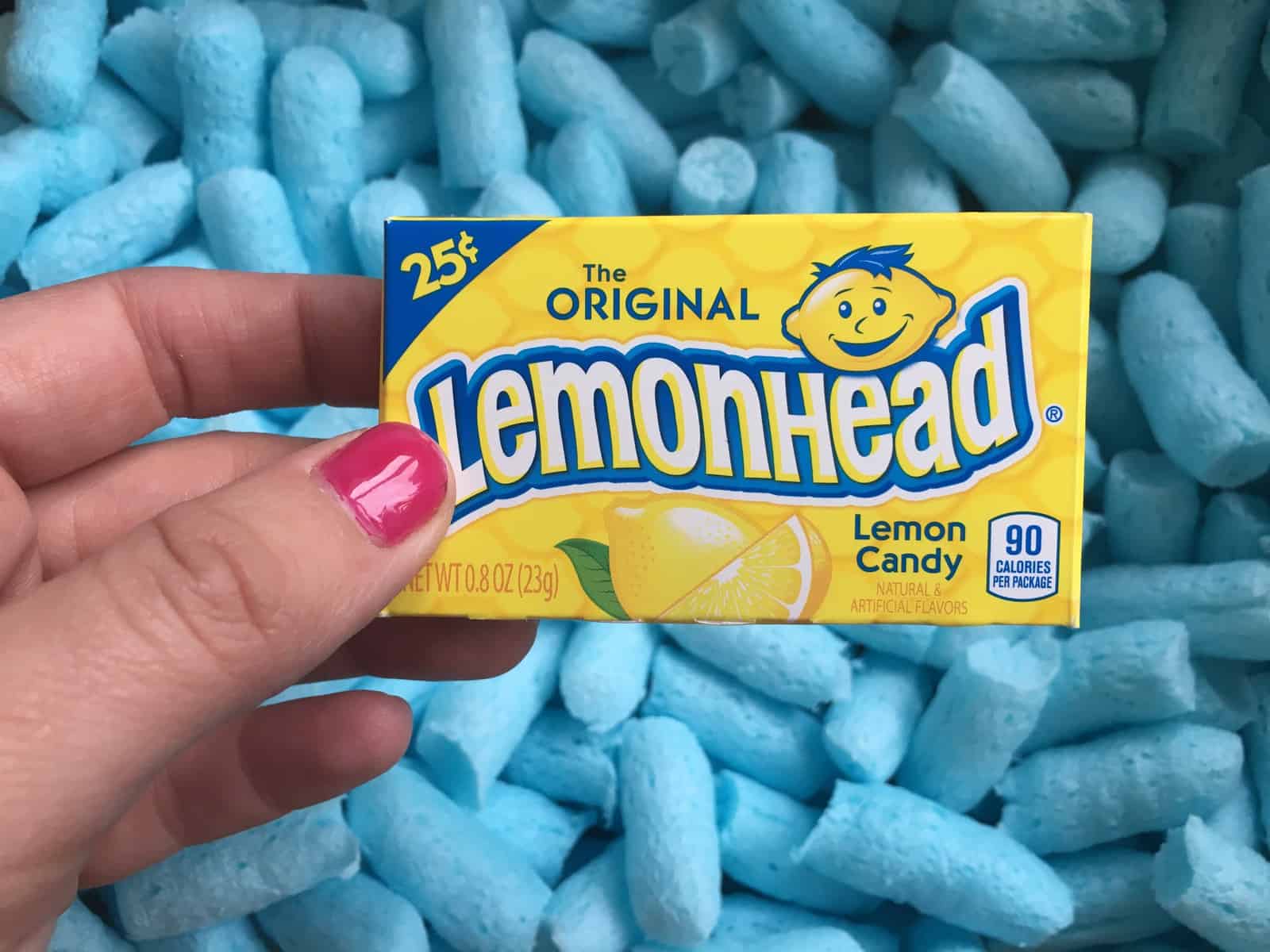 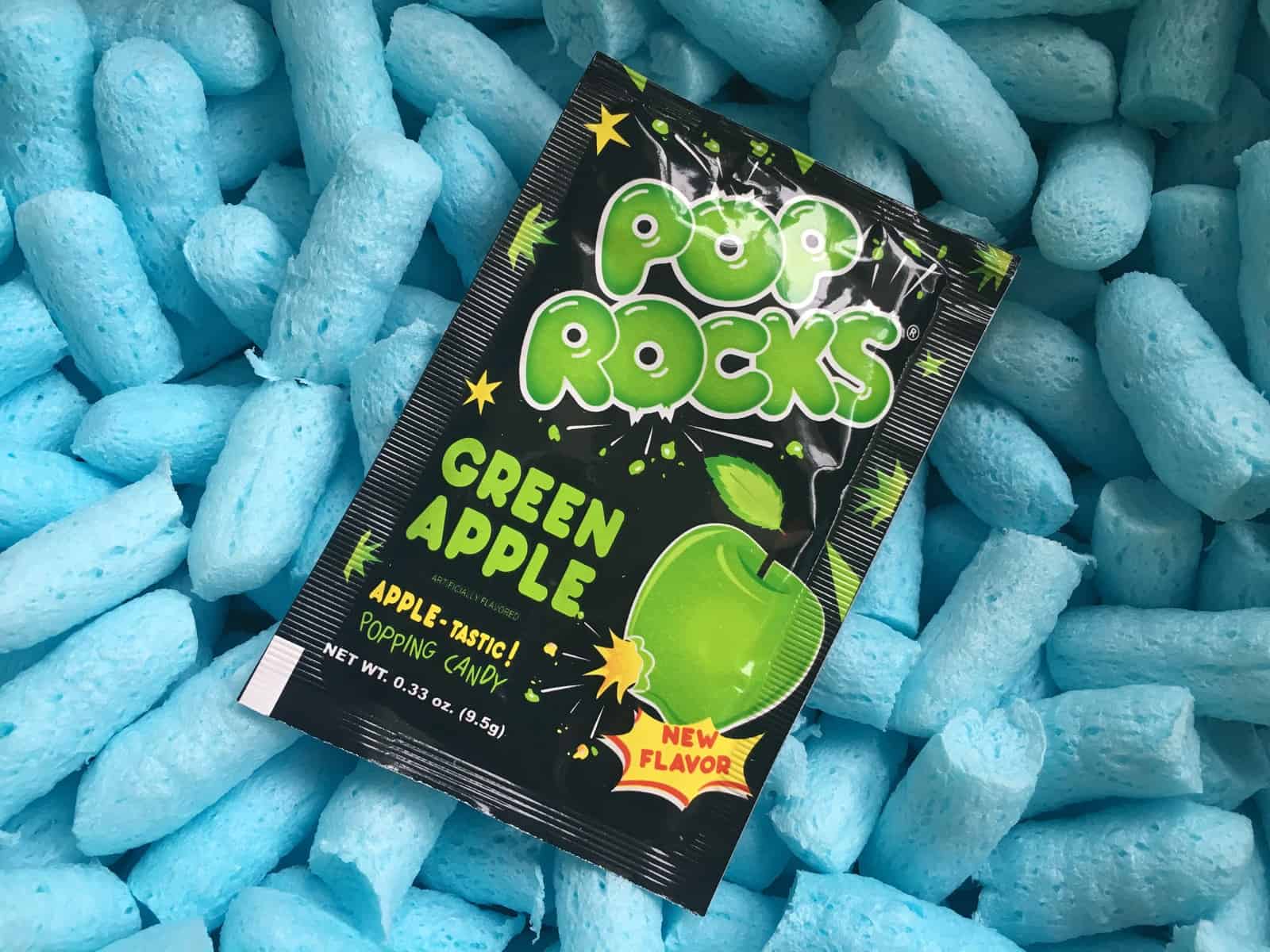 In time for Hallowe’en, the Spooky Nerds Rope was a stretchy candy rope covered in tangy white, orange and purple nerds and really fun to eat while the Laffy Taffy was chewy and satisfying and lasted for ages. I also enjoyed the Fluffy Stuff Cotton Candy Pop lolly which tasted like candy floss. 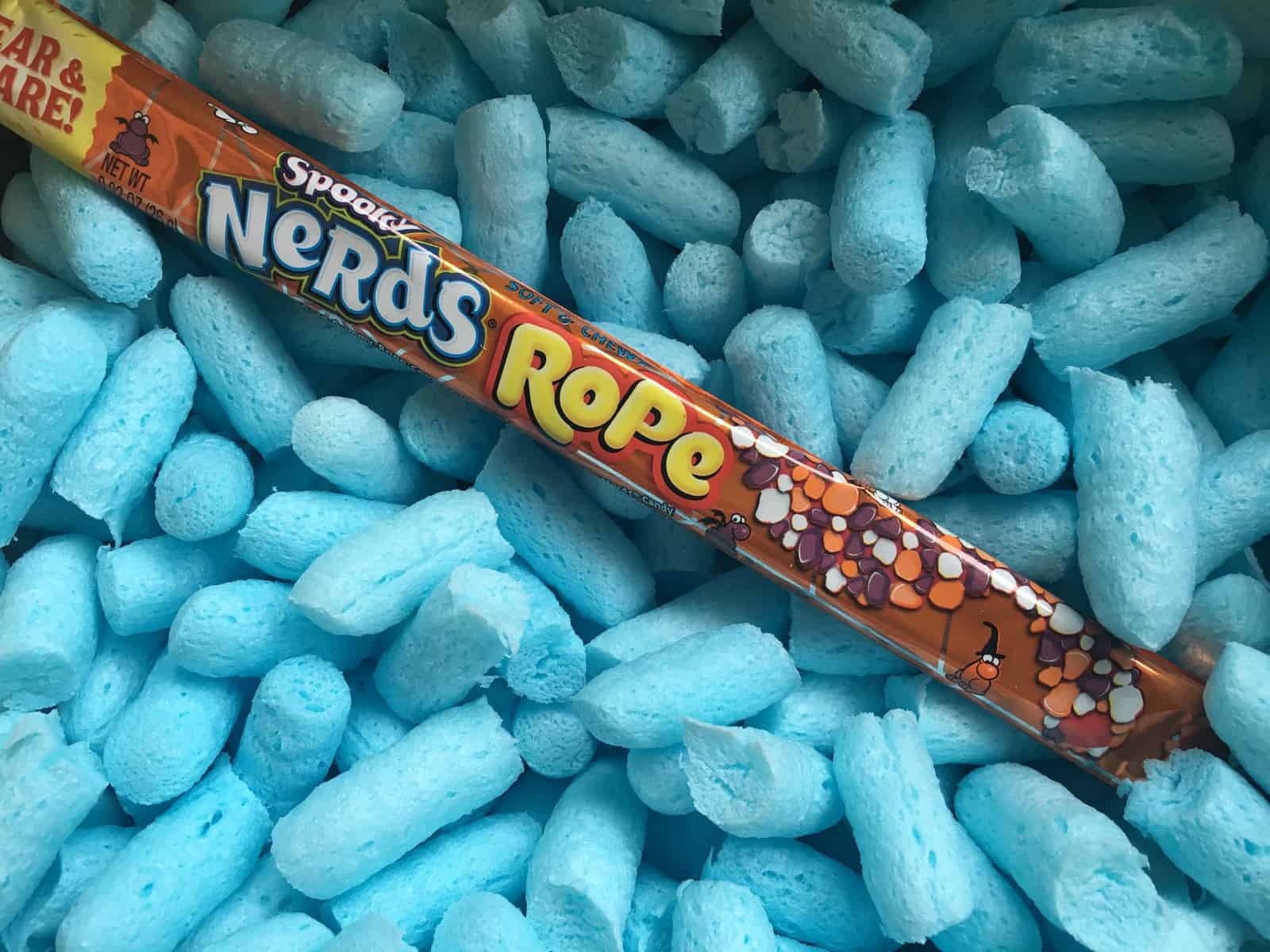 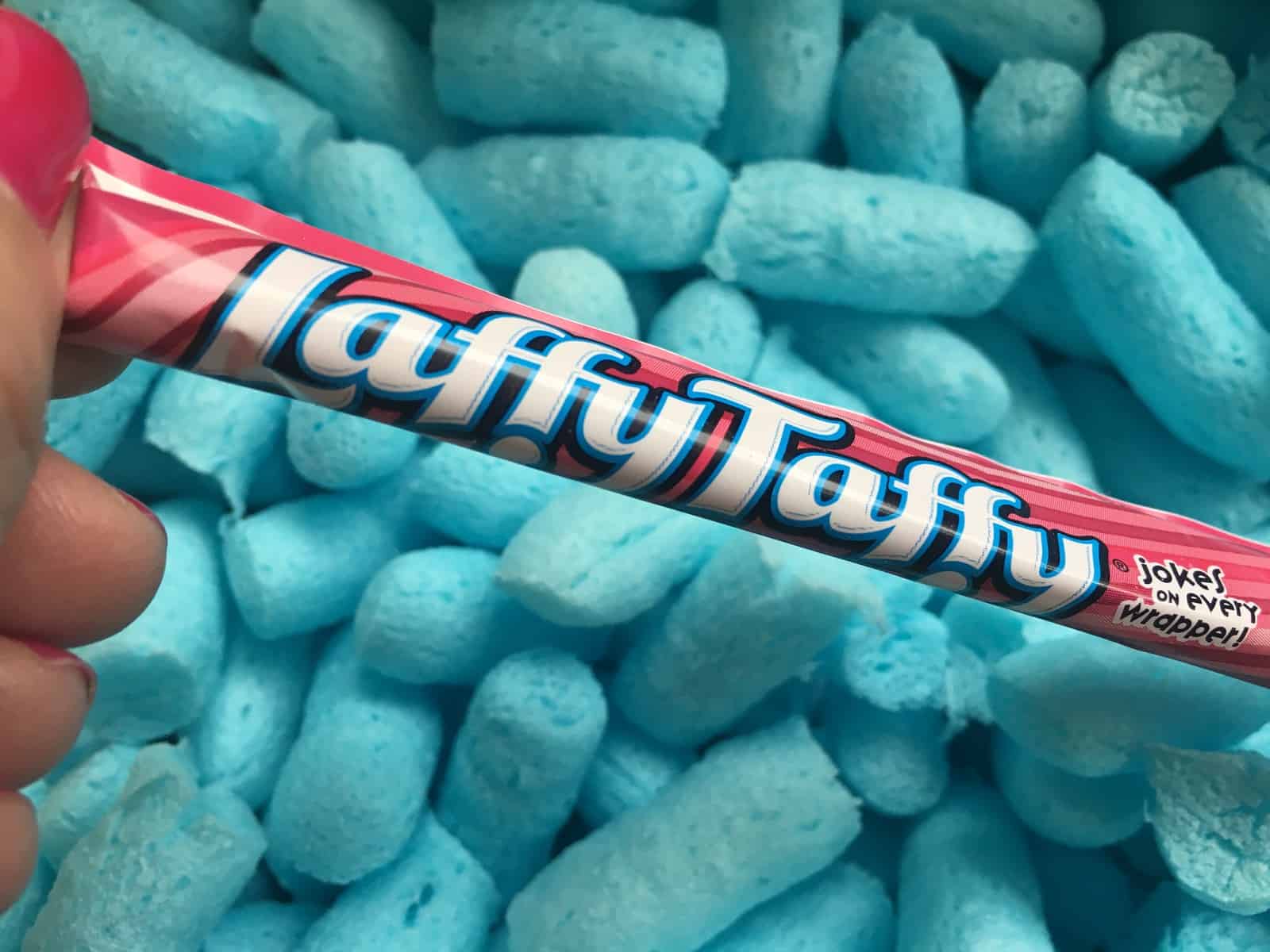 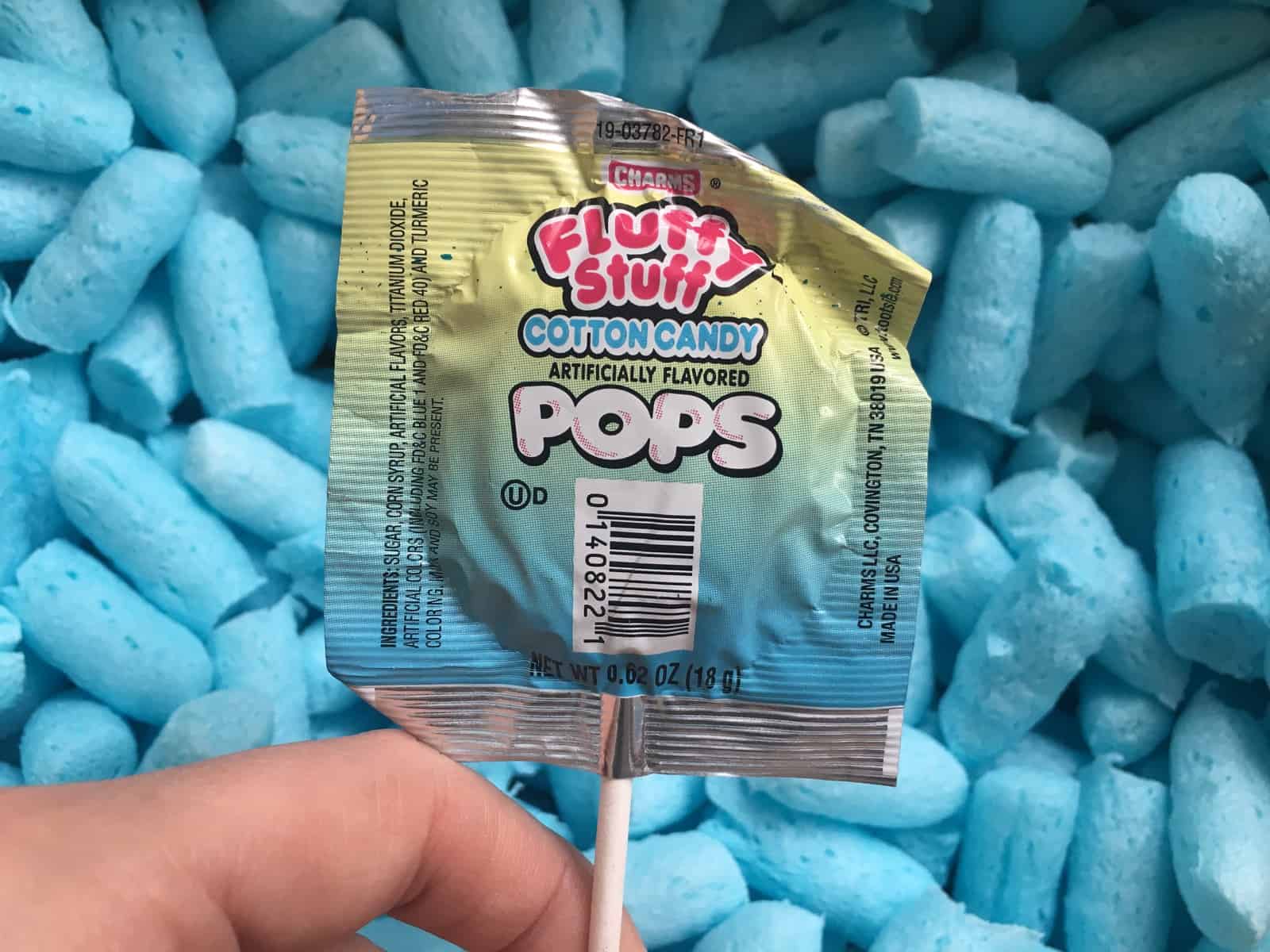 On the drinks front, there was a can of Big Red soda which is a cream soda that happens to be red! I’m not a massive fan of cream soda to be honest but I quite liked this (but maybe not the shocking red colour so much!). 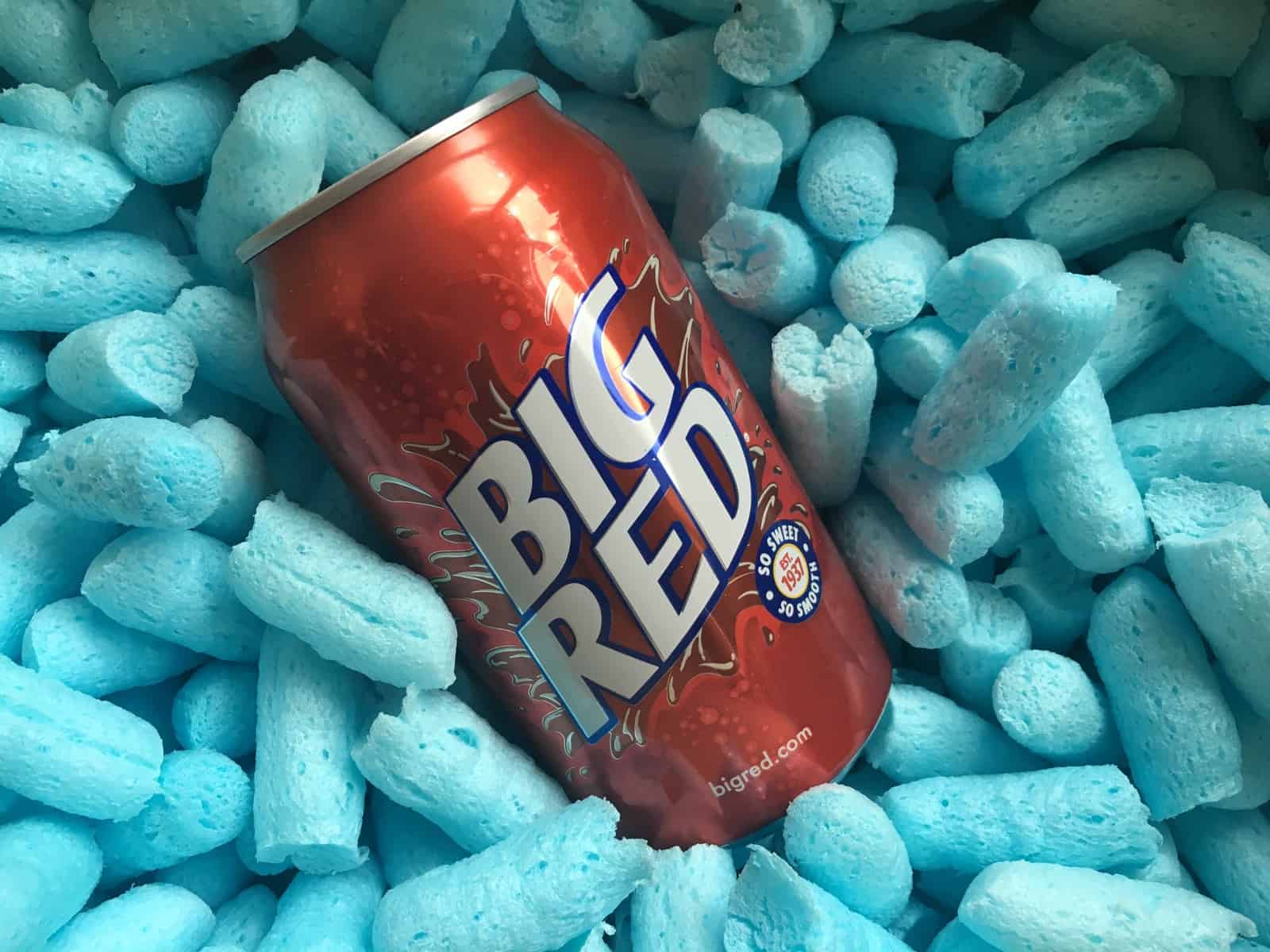 Finally there was a packed of Berry Cherry Kool-Aid which makes up two quarts (just over a litre) of drink when mixed with sugar. 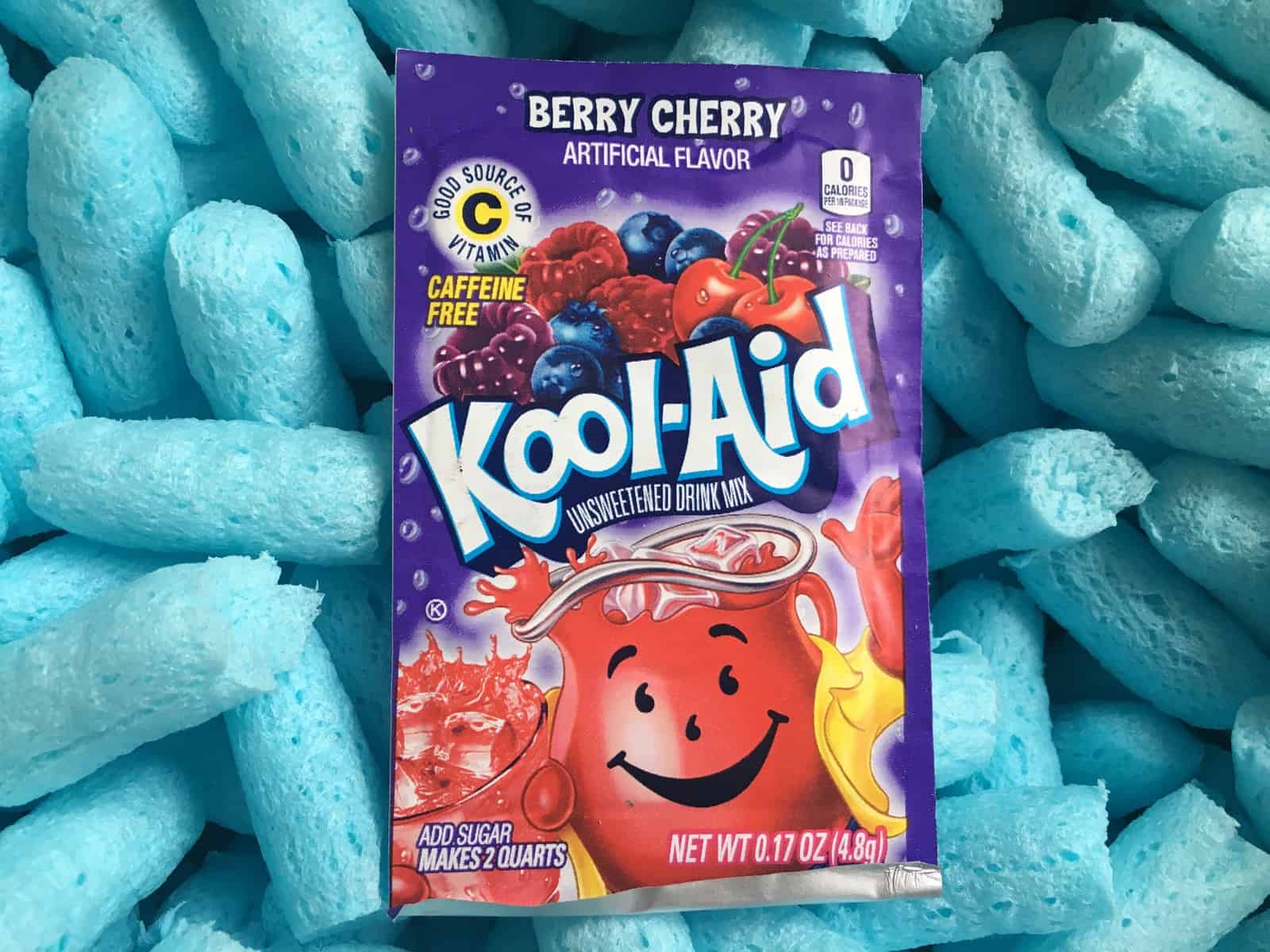 All in all there was a lot packed into the box as you can see and I was really impressed with the variety of items. Everything was well packaged and arrived in perfect condition.