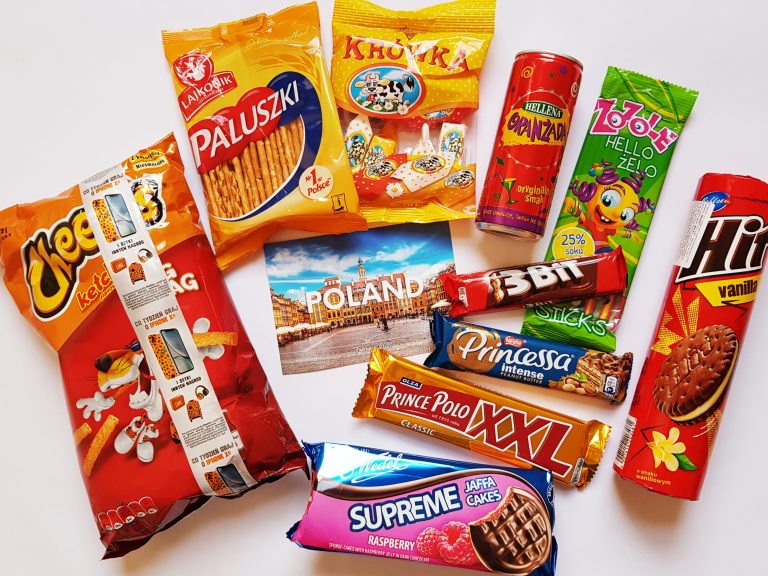 SnackSurprise is a new foodie subscription box. Every month they send you an assortment of snacks from a different country. Every month will contain 6 – 8 different snacks, though it will vary month to month.

It costs £11.99 per month, though it’s slightly less for longer subscriptions. Oh, and shipping is included!

The box from February contains goodies from Poland. 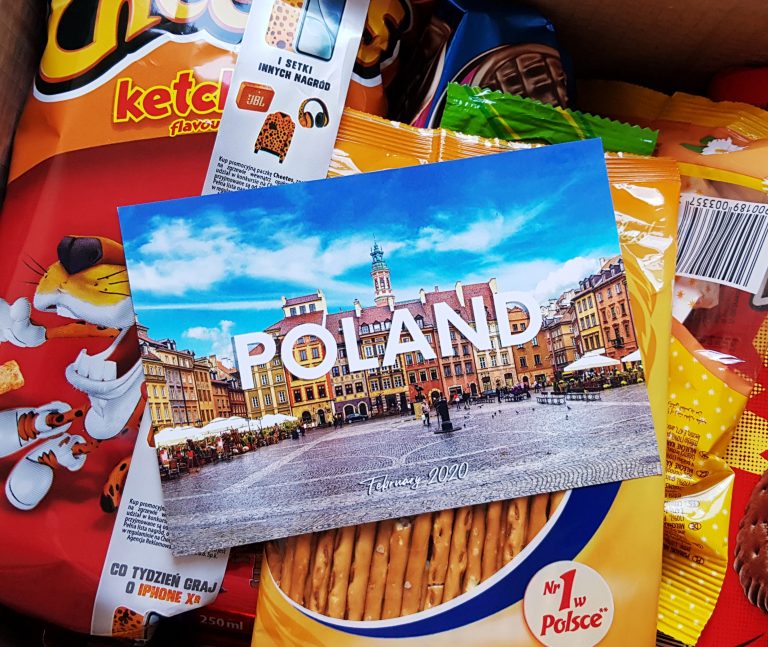 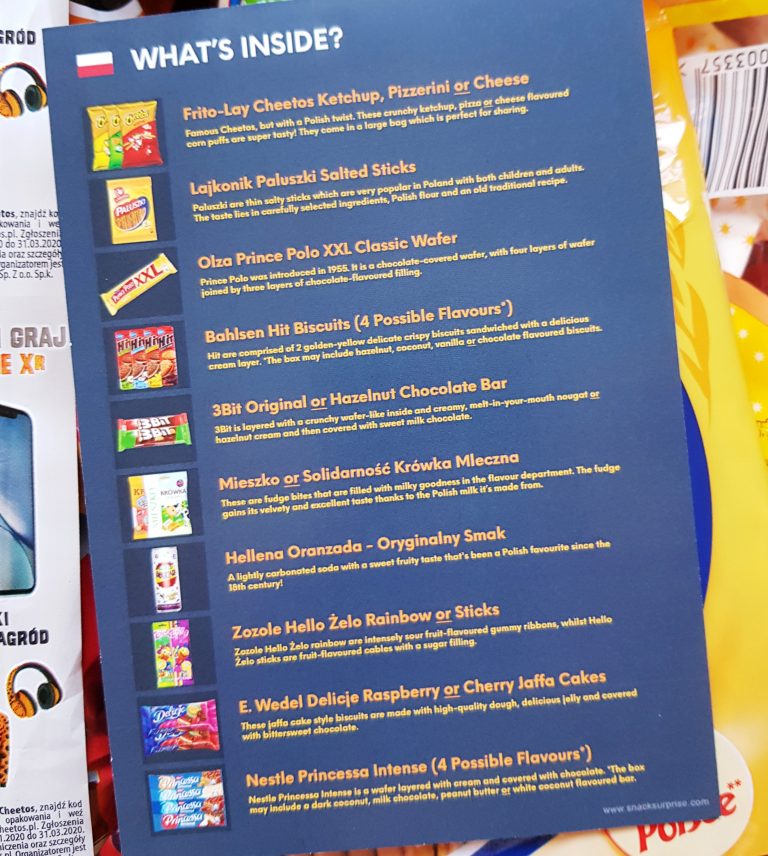 The card has a complete menu on the back. Conveniently, it also describes what they actually are! Given that these are international snacks it’s quite likely that ingredients etc. will not be in English.

Let’s have a look inside! 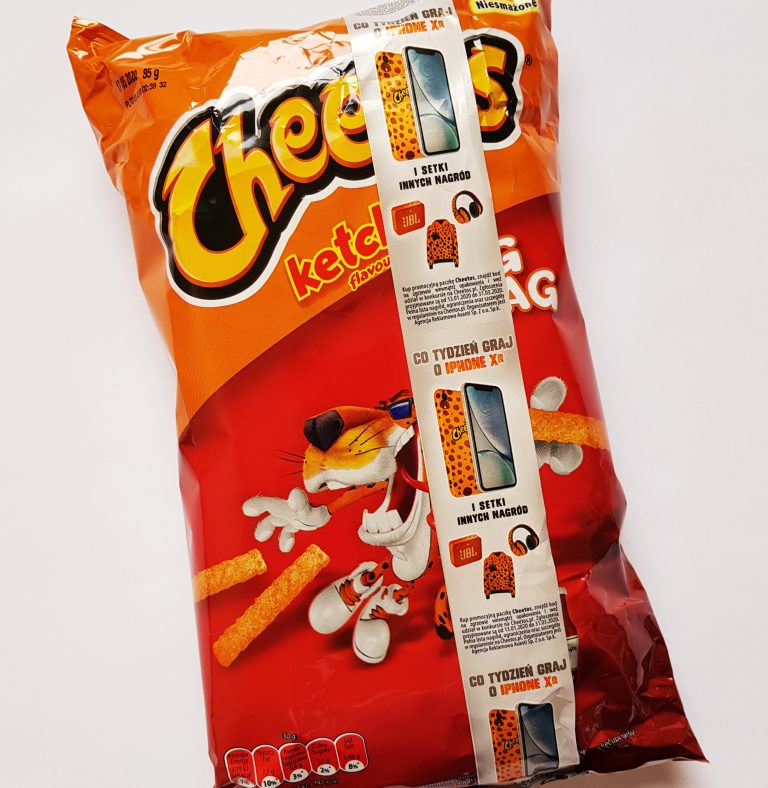 Frito-Lay Cheetos. You might have heard of these, but let me tell you, in Poland the flavours are way more interesting! In the box would either Cheese, Pizza, or this one, Ketchup. Ketchup flavour crisps & snacks aren’t so much of a thing in the UK, but they’re pretty popular overseas.

If you’ve never had ketchup Cheetos, now is the time to try them. They’re amazing! 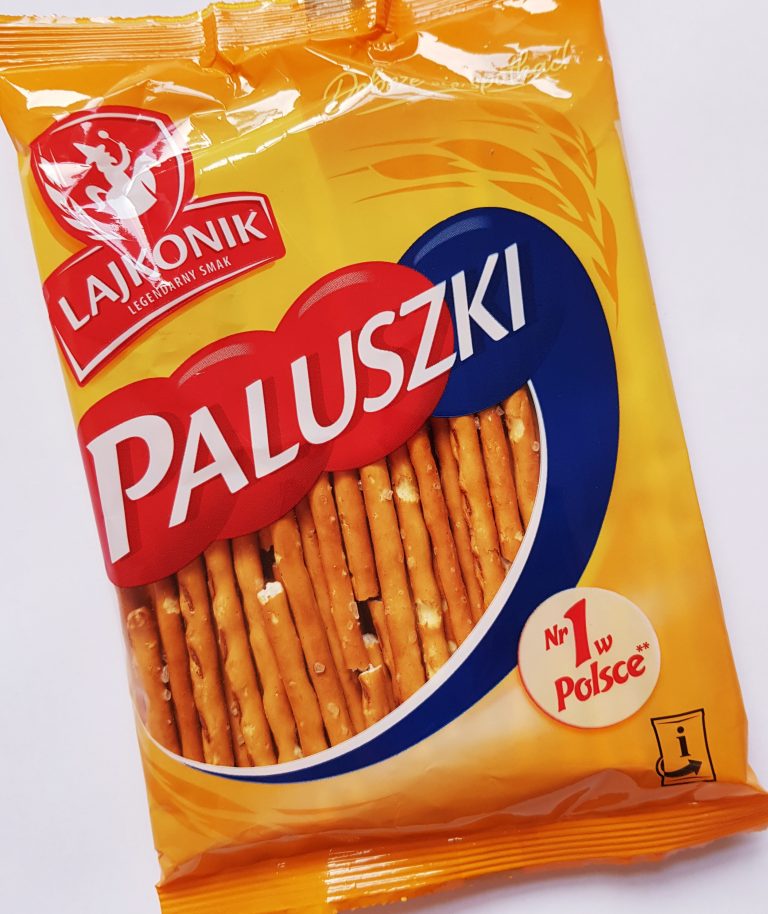 Lajkonik Paluski Salted Sticks, otherwise known as pretzel sticks. You can sometimes find regular curly pretzels in the UK, but again I don’t get the impression they’re particularly common. These sticks are salty and crunchy, a bit like breadsticks but much nicer and less dry. As a pretzel-lover, I love them! Especially great with a beer. 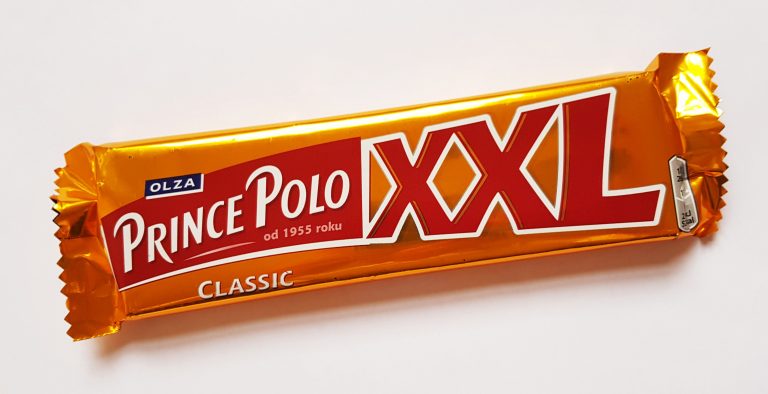 Olza Prince Polo XXL Classic Wafer. This chocolate and wafer bar has been around for more than 60 years. It’s simple but nice. And yes, it is pretty large! 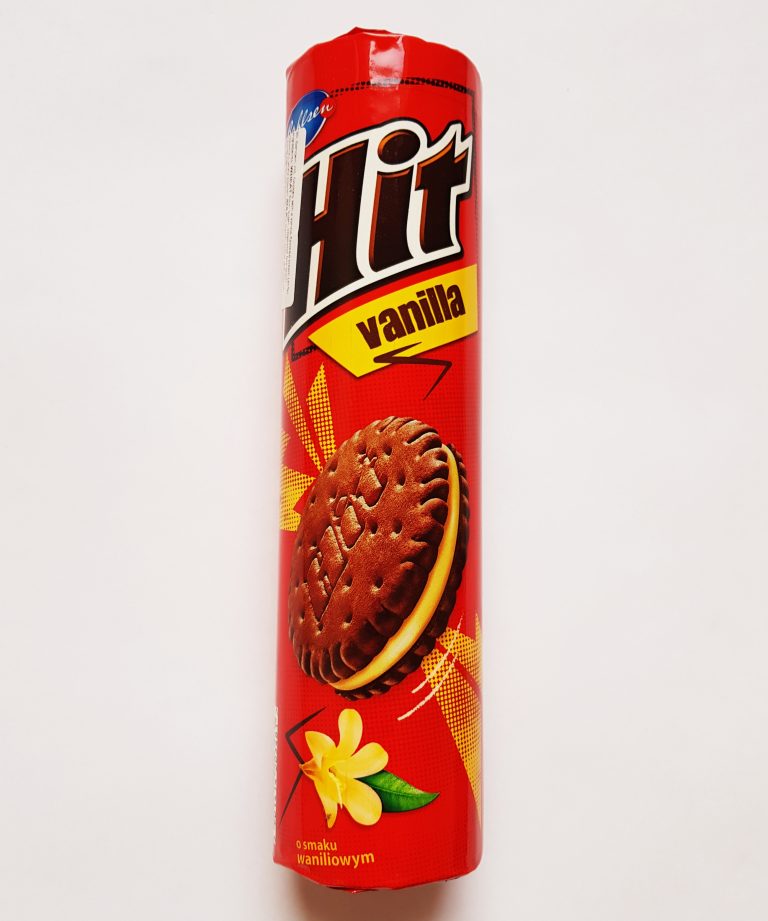 Bahlsen Hit Biscuits. There is one of four possible varieties in the box, hazelnut, coconut, chocolate, and vanilla. I’ve seen the chocolate Hit in France but I’ve never seen any other varieties. These are delicious, a chocolate sandwich biscuit with a creamy vanilla filling.

3Bit Chocolate Bar. This was either Hazelnut or Original – I’ve got the original. It’s a chocolate covered wafer bar with a filling, and my original variety has creamy nougat as the filling. 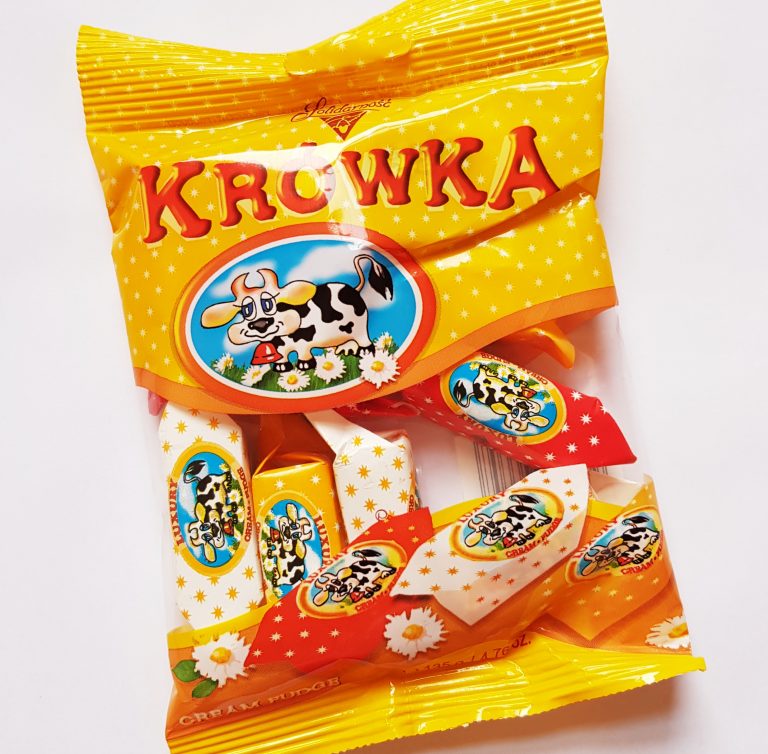 Krowka Mileczna (mieszko or solidarność) is unique to Poland and is some of the most delicious fudge you will ever taste. I’m not sure the difference between the two varieties, but I can tell you it’s made from Polish milk. I can’t really describe it except to say that it’s completely amazing, and unlike anything I’ve tasted before. 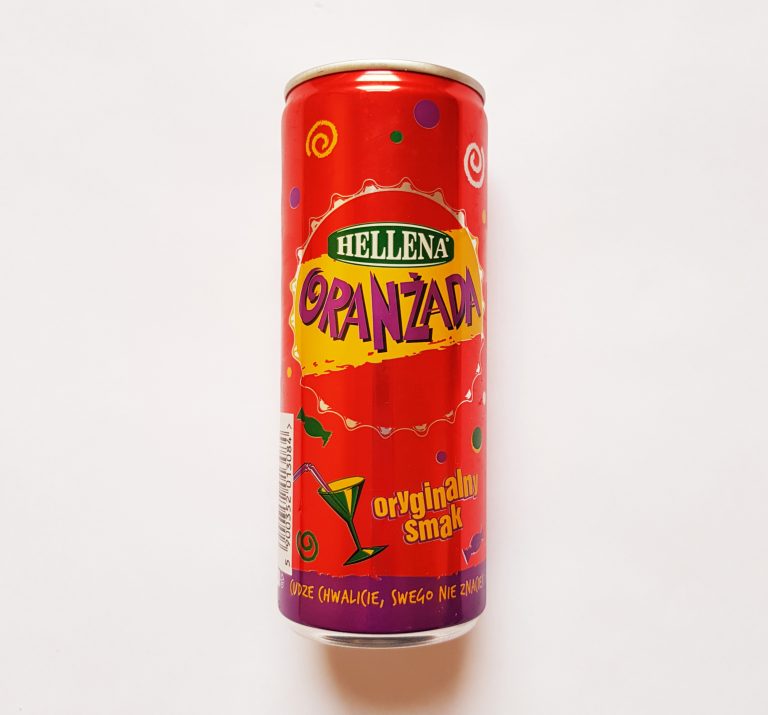 There’s a drink in the box too! Hellena Oranzada is a fruity Polish orange soda, but it’s actually made from a mix of fruits. The colour, however, is orange. 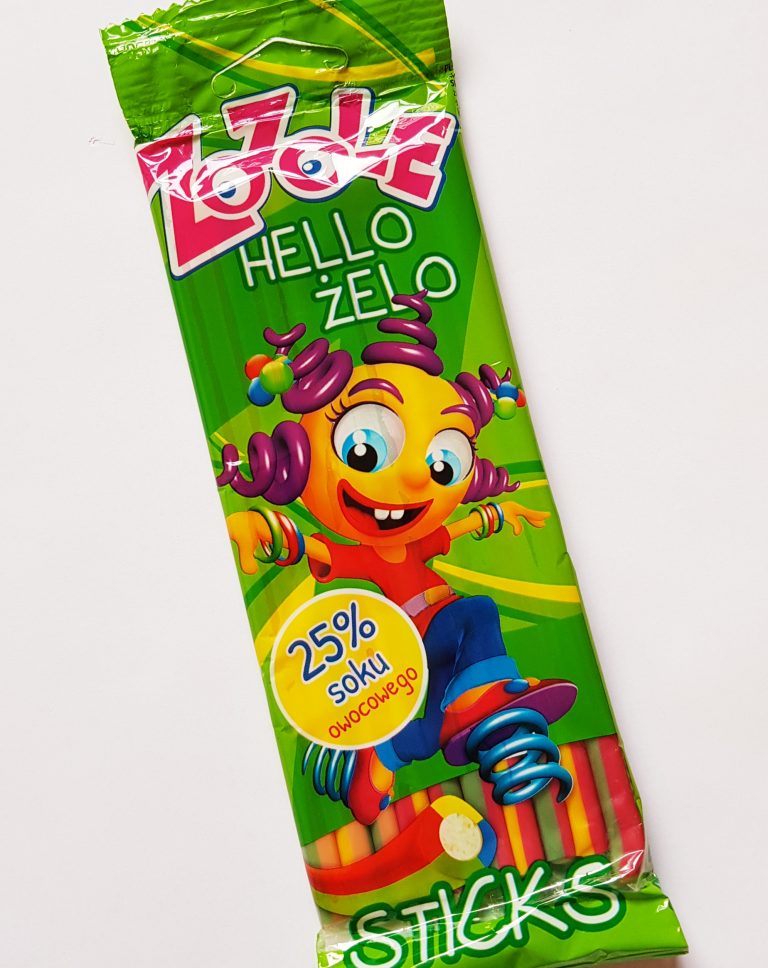 Zozole Hello Zelo Rainbow or Sticks. These are the sticks, and are chewy and fruity. The Rainbow version is still chewy but is also sour.

E Wedel Delicje Raspberry or Cherry Jaffa Cakes. Of course we know about orange Jaffa cakes, but these raspberry (or the alternative cherry) are a nice unexpected twist on the familiar! I actually don’t like chocolate orange, but I do like raspberries and chocolate, so these are perfect! 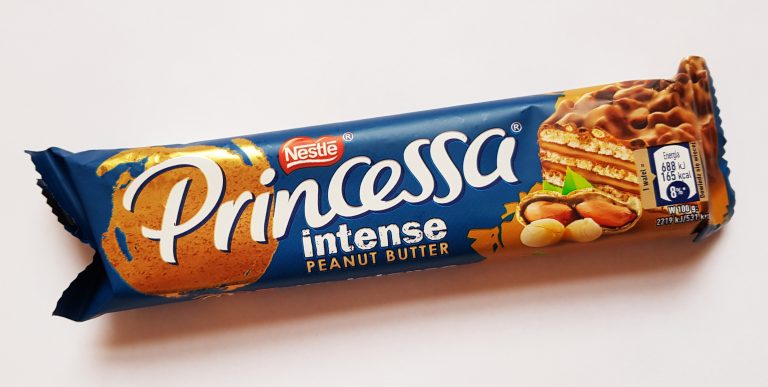 Princessa Intense (peanut butter – above – dark coconut, milk chocolate, or white coconut). Wafer chocolate bars seem to be very popular in Poland! This one has layers of peanut butter between the wafer, with extra peanut on top. I’m assuming the other varieties are similar, but I think it’s very nice indeed.

I think this is a terrific selection! It's definitely heavy on the sweet items, but the pretzels and the cheetos are generously sized. It's interesting to see how a few things are almost familiar but not, like the wafer chocolate bars. There are a couple in the UK, but they seem to be much more popular on the continent. I have to say I prefer them because the wafer makes them light and less sickly than regular chocolate bars. I love having a drink as well, as there's definitely nothing comparable in the UK. I like the variety having candy and chocolate bars but also biscuits, plus of course the savory snacks! I also forgot to mention that there is an ingredients list for the Hit biscuits, and also a message to say that subscribers can email them direct if the have any questions about allergies. The value is also good at £12 a month. You get enough to keep you going for a while - 10 items this month! - and it's a much more reasonable option than some of the more pricey snack subscriptions. All in all, I think this is a fascinating take on a snack subscription, I love the idea of tasting goodies from a different country each month, and I can't wait to see what they come up with next!

How would you rate SnackSurprise ? 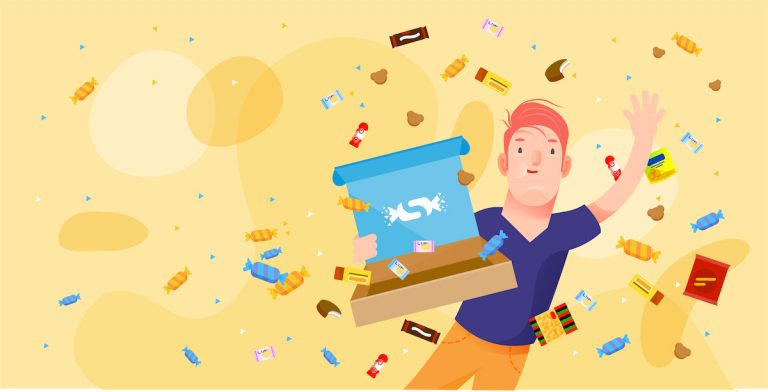 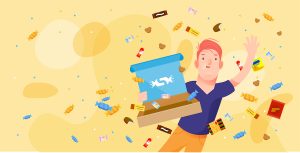