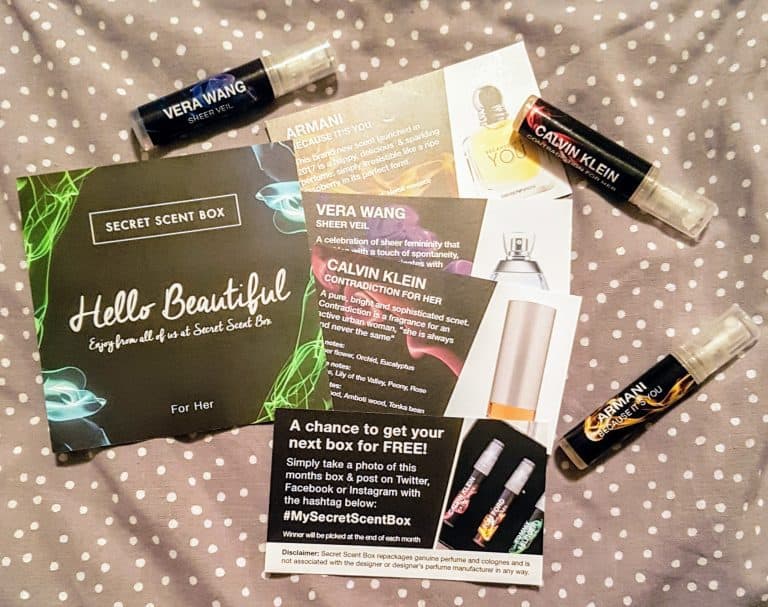 I was surprised at just how dinky the envelope was when I arrived home and spotted the Secret Scent in a Box branding. I had received a different fragrance subscription previously and even though they were also small, this was smaller still and was really cute. The delicate black box and simple silver writing was really chic and a lovely treat; I was desperate to know what was inside. 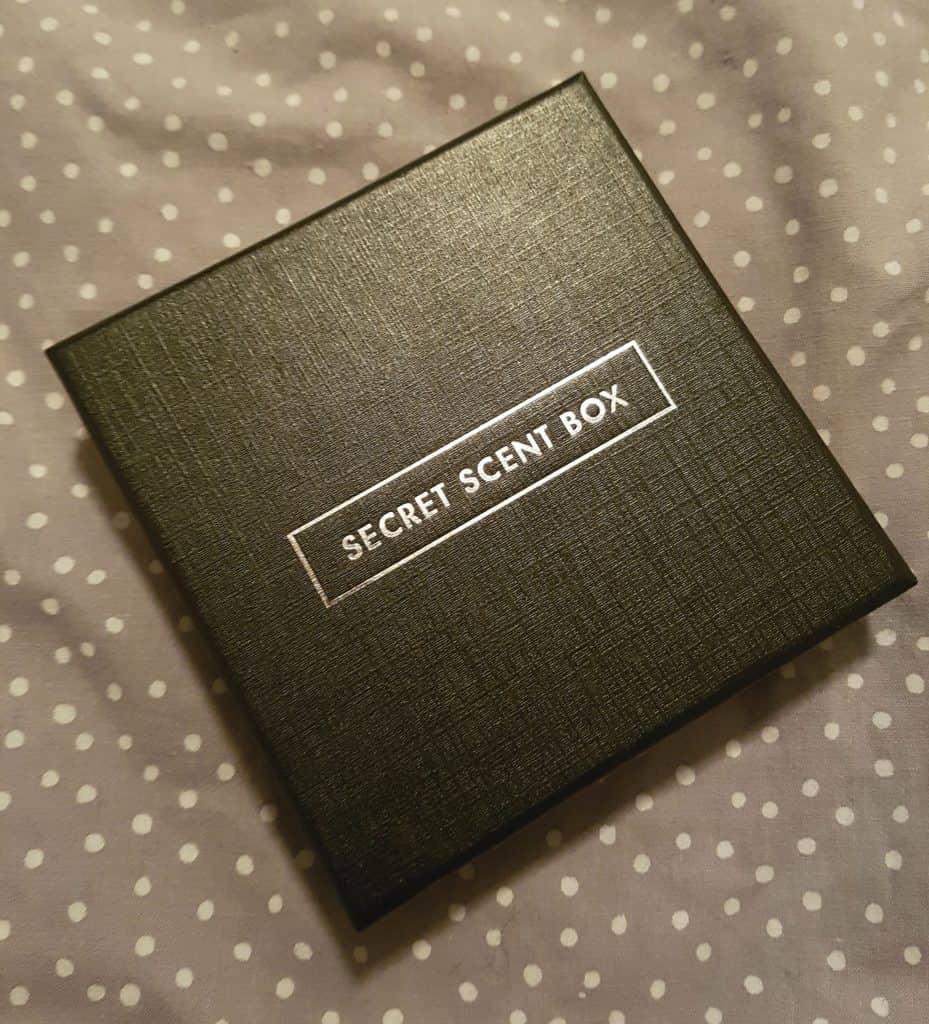 As you can see from the main photo, the box comes with a lovely little introduction card, three small fragrances and information cards about each one. The box I received had three premium fragrances; Armani ‘Because It’s You’, Calvin Klein ‘Contradiction for Her’ and Vera Wang ‘Sheer Veil’. Each bottle contains 3ml of perfume. 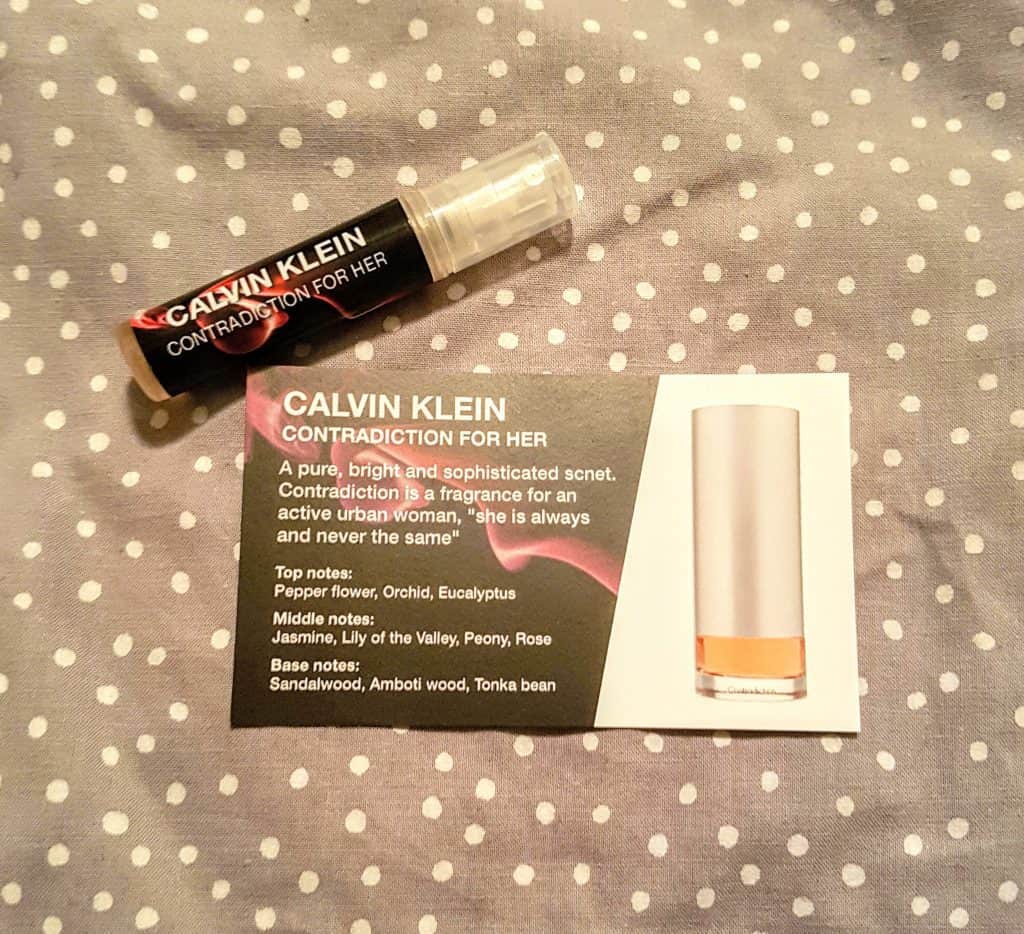 I was so glad this was in the box. It’s not a new fragrance but it was one I had written off years ago as an ex’s sister wore it and I just associated it with her so always ignored it in the shops. Having read the information card and seen that the middle notes include three of my favourite fragrances and the base notes featured a note that seems to be a constant in most of my favourite scents (tonka bean) I thought I’d try it again, and I am so pleased I did! I have loved wearing this and will be sad when it runs out. Each bottle has lasted longer than I had expected considering their size. 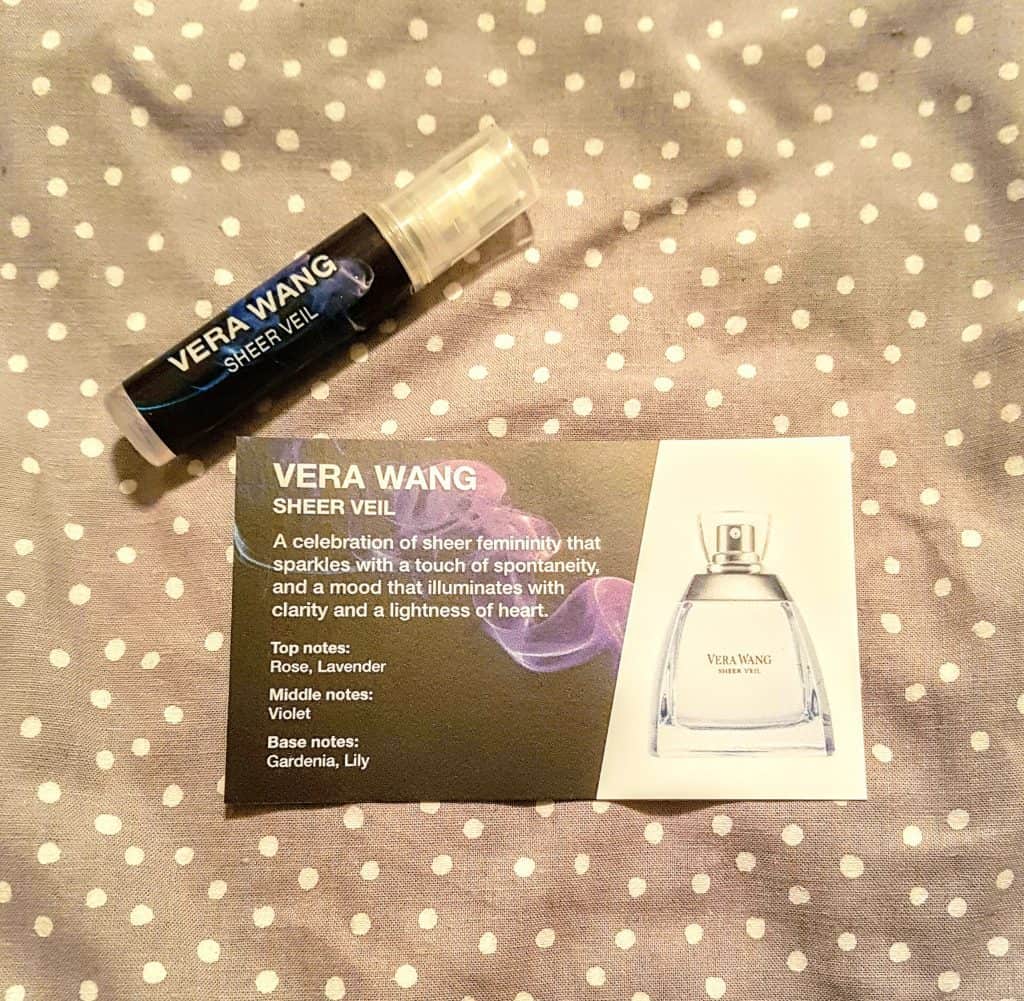 I was intrigued by this as I’d always wanted to try a Vera Wang scent, but associated them more with weddings. Sheer Veil is a delicate fragrance, that (unsurprisingly) would be perfect for a summer wedding. Vera Wang has brought quite a modern twist though as looking at the fragrance notes you would think this would be quite a powdery floral scent but it isn’t too dated as scents like violet, lily or lavender would suggest. I’ve been wearing this as a perfect day-to-day scent as its not too overpowering and very feminine without being too girly.

Because It’s You – Armani 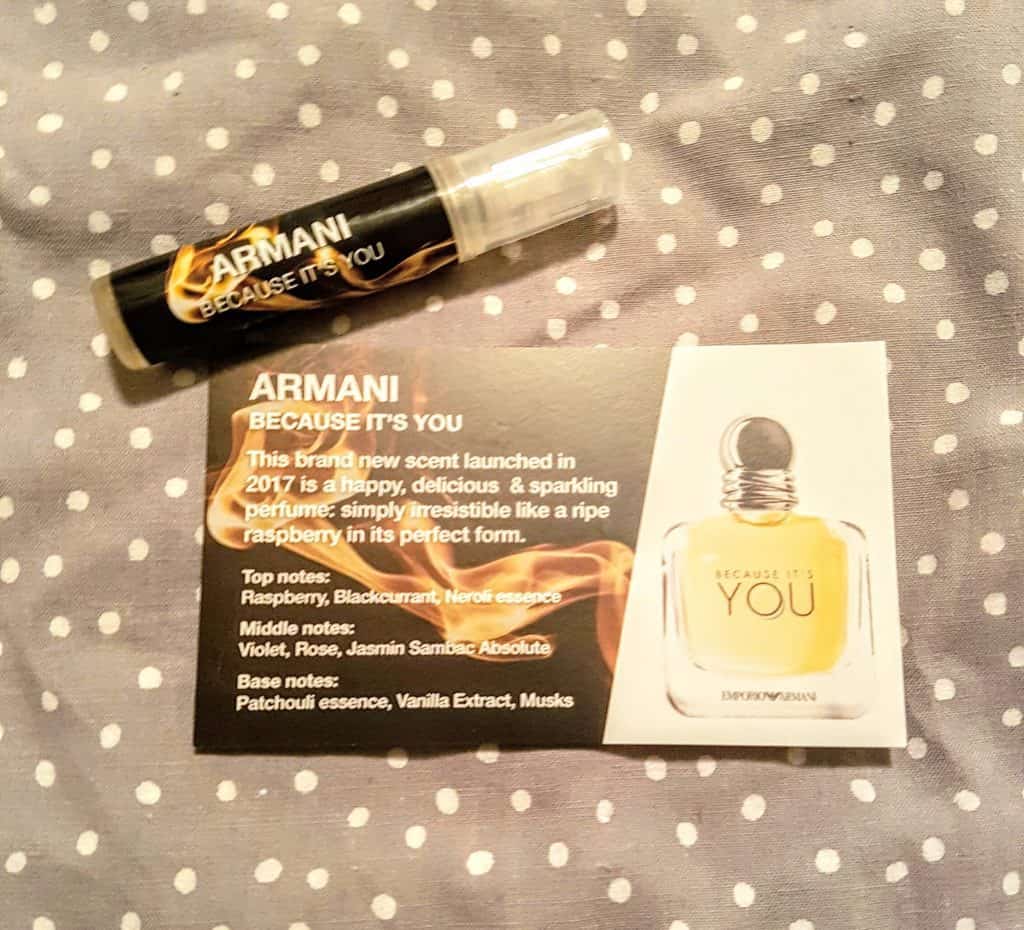 This is a more modern scent, only launched this year. It’s heavier than the other two but still perfect for every day. I’m a fan of berry scents and rose so I was looking forward to trying this and its been my go-to scent for making an impression. Its potent but still very feminine. I don’t tend to gravitate towards Armani fragrances but this one has intrigued me and I’ll definitely not ignore them in future.

As you can see, the perfumes you get are small; there is no denying it. But that’s the appeal – for £15 a month you get three designer fragrances, with enough to last you 30 days. I was really impressed with the range I was sent and have loved using them. It’s inspired me to cast my net a bit wider when it comes to my next fragrance purchase.

I've enjoyed the Secret Scent in a Box and am pleased I was sent perfumes that were all perfect for me. The only downside is that I am not sure it would be a cost effective box long term as £15 per month over a whole year could buy you a very fancy and big bottle of perfume that you love, whereas you are not always going to get 3 fragrances you will like. It's a great Box to get over a shorter period of time and a wonderful way to find new perfume inspiration. Not only that but the bottles are the perfect size to carry in your bag and keep you smelling fresh on the go!

How would you rate Secret Scent Box ?