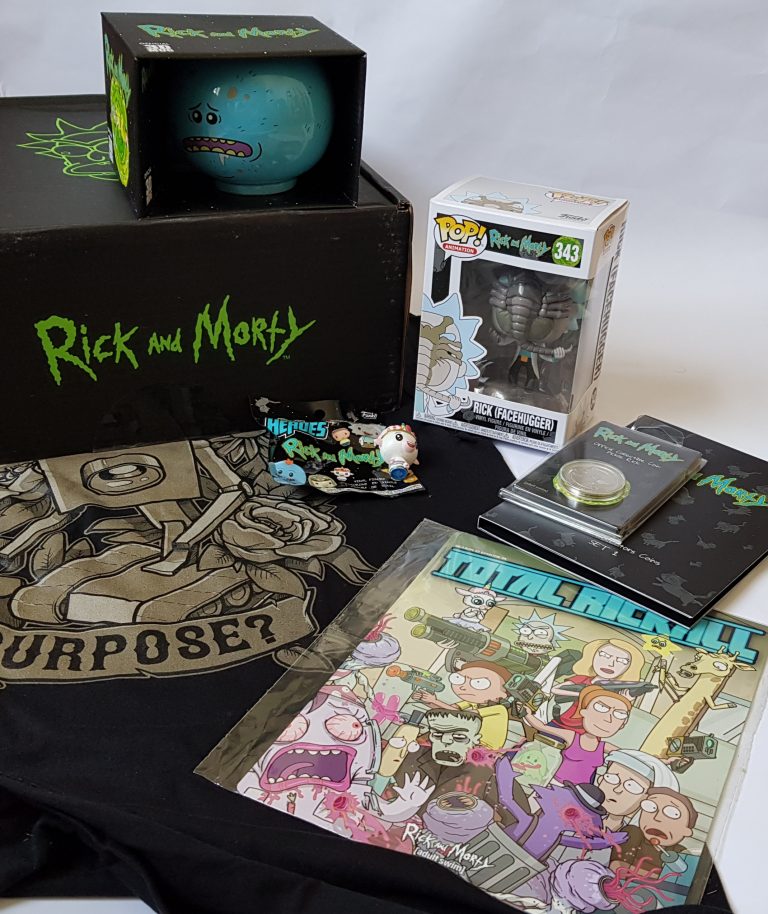 I discovered Rick and Morty early on, and am a huge fan! I’m SO excited at the prospect of a Rick and Morty subscription box, and My Geek Box has created one!

This is the very first box in the series! 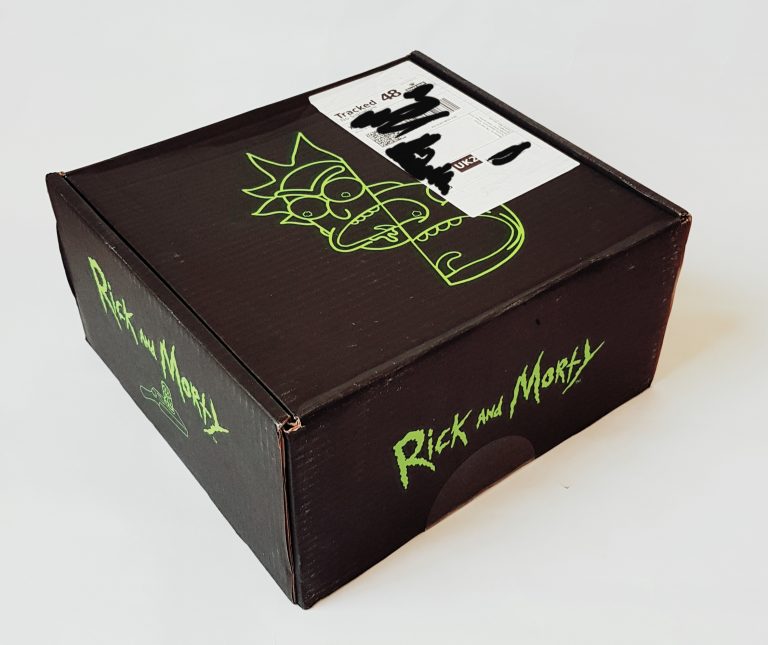 The box is pretty big! It’s also really nicely branded, with the highly recognizable lettering. I also love the graphic on the top of the box, even if it’s slightly obscured by the shipping label.

I’ll say first of all that there wasn’t a menu inside, I don’t know if this was by accident or design, though it’s pretty obvious what everything is! 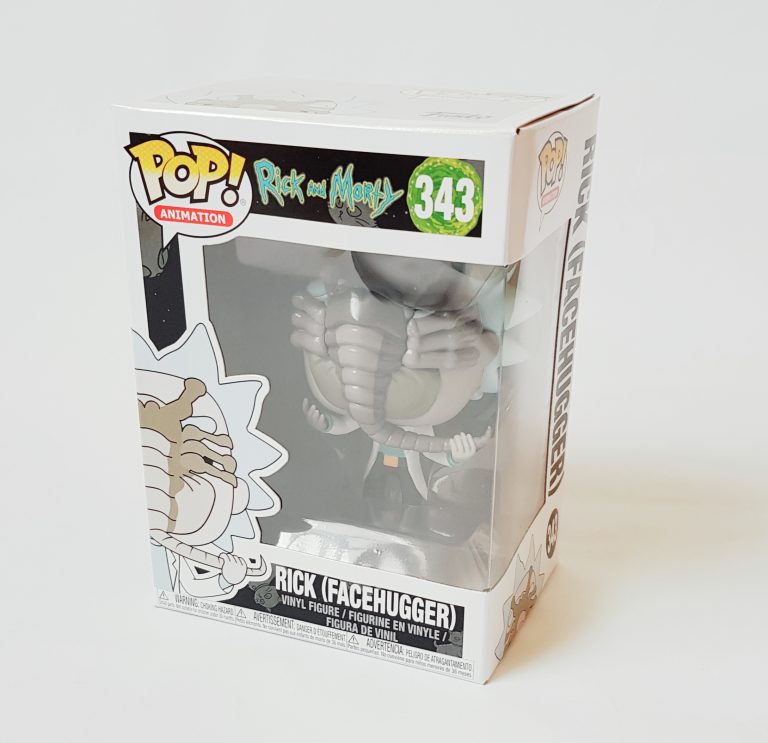 Technically this isn’t from a regular R&M episode, rather it references a special short video released in 2017 as a crossover with Alien: Covenant.  But this is still a pretty unusual POP, it had limited release, and retails at around £15. 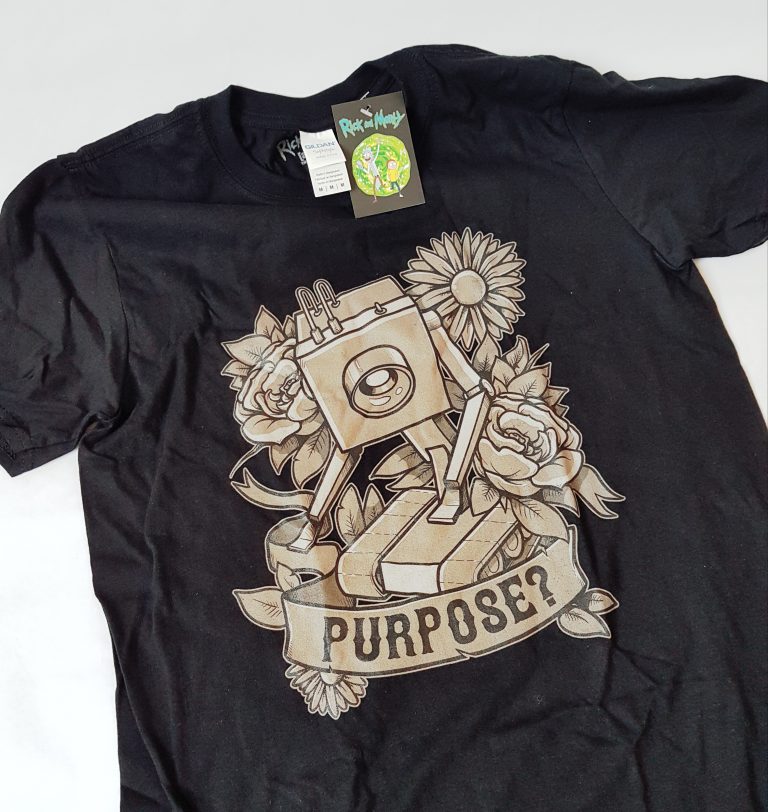 The t-shirt shows Rick’s Butter Bobot. It’s a really nice design, with just the right amount of resignation in its demeanor. It also implies a memorial to the Butter Robot as it was destroyed in a parody Old Spice commercial. (Really.) 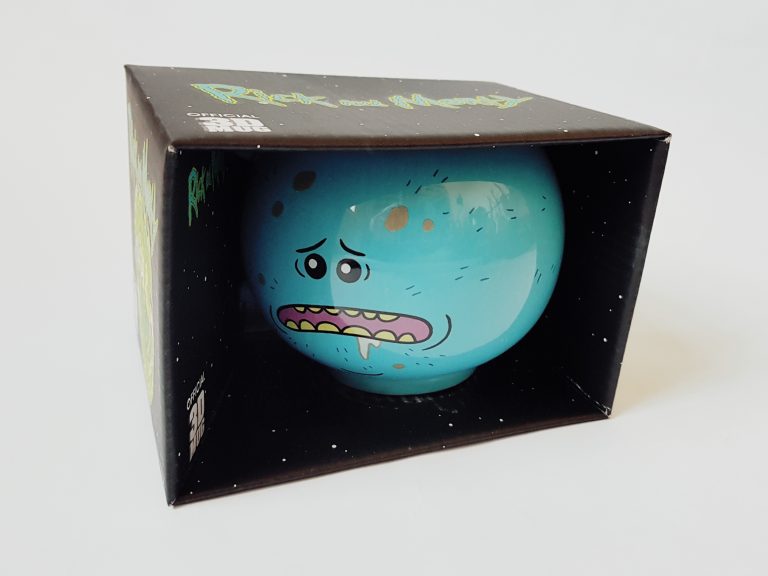 Any R&M fan knows Mr Meeseeks, and this is a fantastic 3D mug in the shape of his head, complete with agonized expression. It’s an official product, and costs around £10. 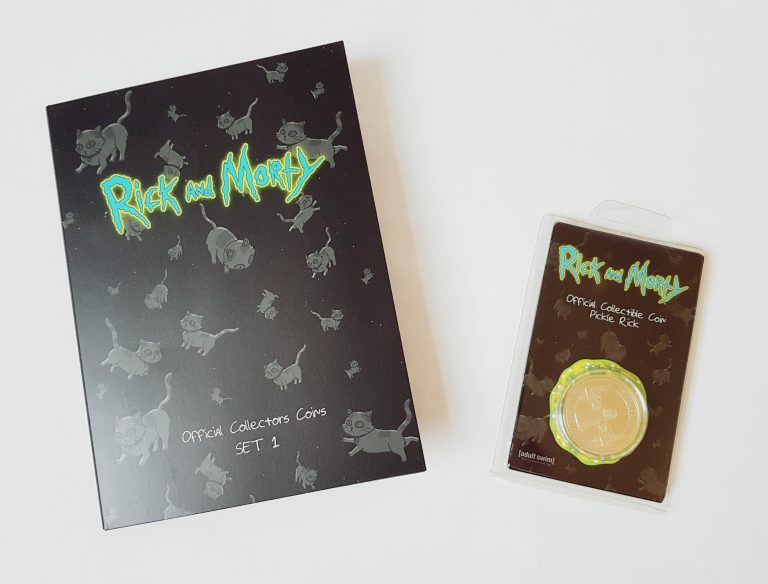 These are really interesting. It’s a collectible coin (Pickle Rick) with a folder for storage and display. 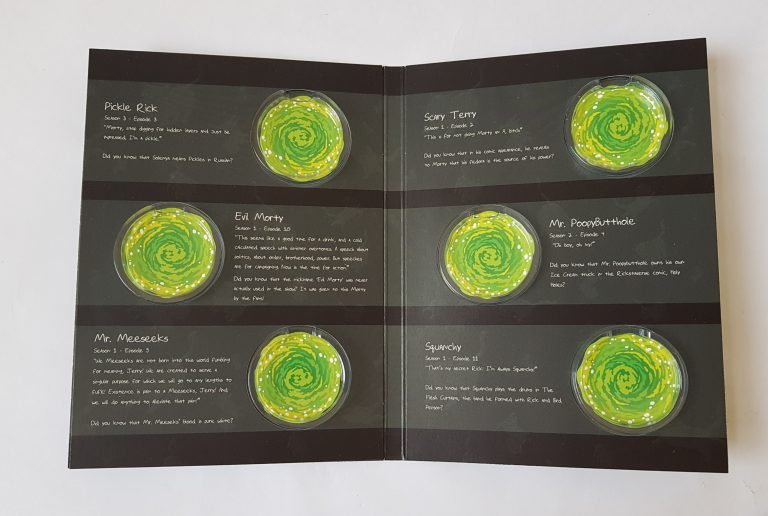 The folder holds six coins altogether, so I’m really hoping these are going to show up in every box, because this is a fantastic collectible!

I can’t actually give any kind of value on this because right now I can’t find it anywhere else. However the coin looks like exactly exactly the same type as other collectible coins, and looks to be a proper licensed product. Coins like this usually retail at around £10 – 15. 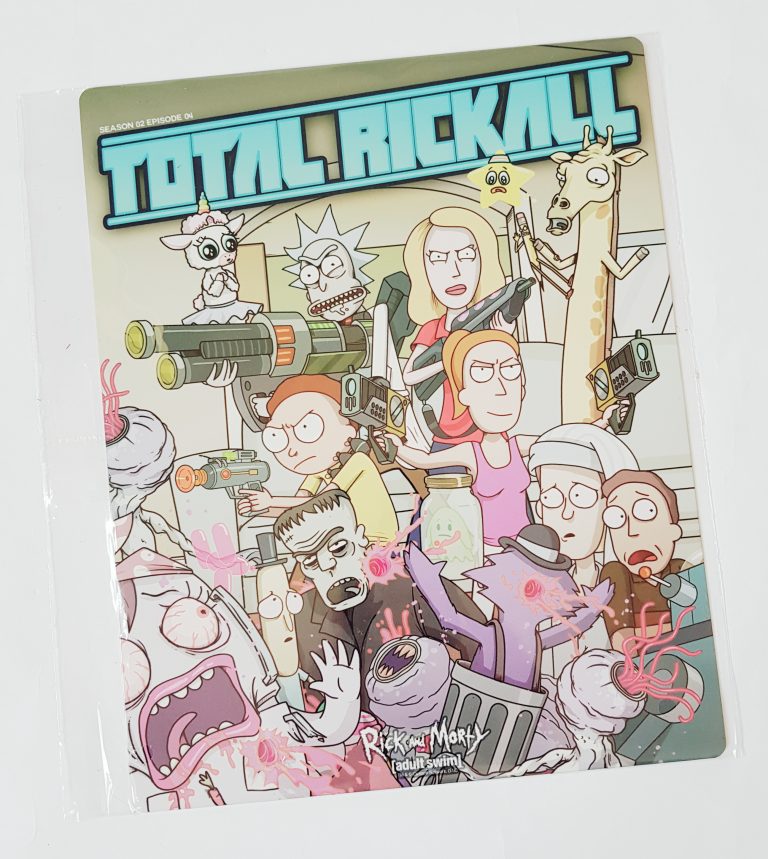 This is a print, but it’s printed on metal! It shows a scene from S02 Ep04, when the family is infected by a parasite that plants fake memories. It gets pretty dark.

But anyway, it’s a great metal sign, and much more fun that a regular paper print. 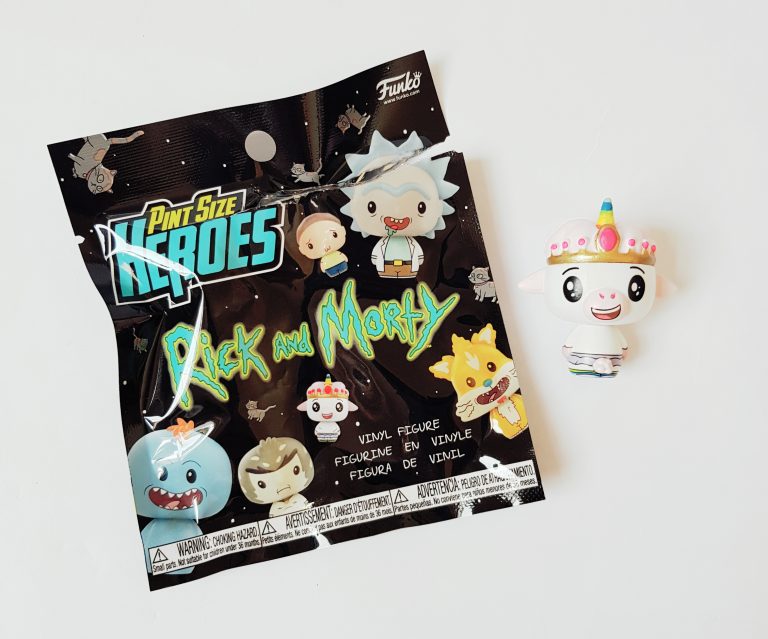 Finally, a Pint Size Heroes Blind Bag. It contains one of a possible 12 mini character figures. Appropriately enough, I’ve got another character from the Total Rickall episode, Tinkles. These little figures retail  around £4 – £5.

This is honestly one of the best boxes I’ve ever seen! I am of course a huge fan of Rick and Morty, but I’m really impressed with the selection of items.

The value is very good indeed. I’ve not been able to discover RRPs for every item, but it’s easy to tell you get plenty of bang for your buck.

Looking at their website, the t-shirt, metal print, and coin are exclusive items, which is actually a big plus. I’m especially impressed they’ve managed to produce exclusive collectible coins! The quality of everything is excellent, including the exclusives.

If you haven’t already seen Rick and Morty, put on the t-shirt, pour your coffee into the Mr Meeseeks’ head mug, and watch! (As long as you’re not easily offended.)

This is perfect for any Rick and Morty fan, either as a gift or for yourself, and I can't wait to see what's in the next box! It should keep fans going while we eagerly await Season 4...