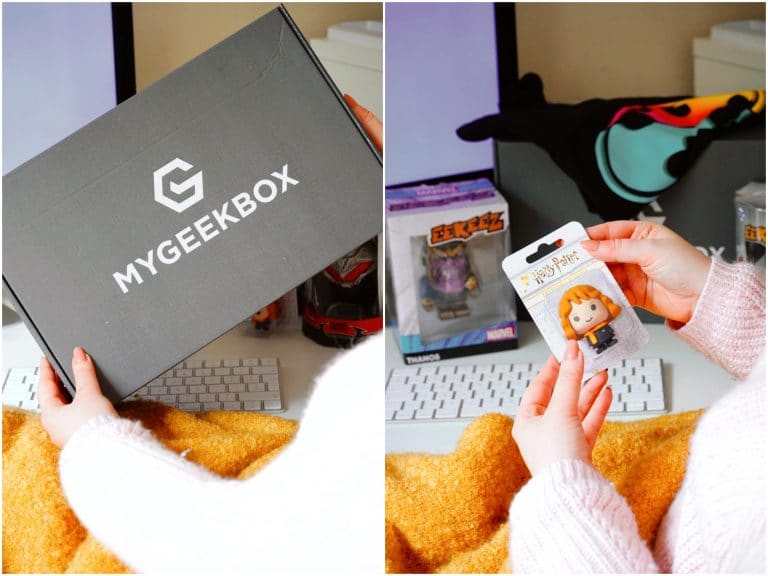 My Geek Box is a UK based subscription box that specialises in geeky merchandise from a variety of TV shows, movies, video games and comics! The box each month contains  range of items from stationery and homeware to collectables, figurines and t-shirts. Although the contents of the geek box changes each month, there’s always a variety of items as well as a t-shirt.

My favourite item from the June box has to be the Harry Potter item, obviously! The 3D collectable eraser I received is of Hermione, one of my favourite characters in the series. I love how adorable this eraser is – it is so cute, I don’t want to use it. 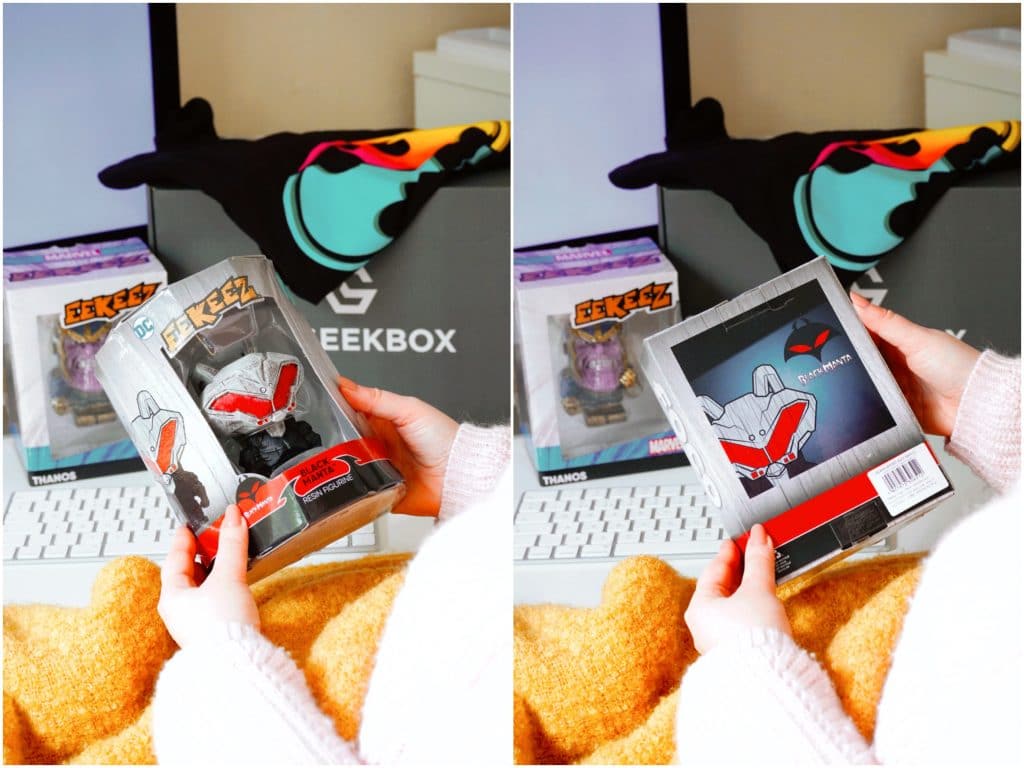 I’ll start with the two figurines included in the June 2020 box, both of which are from Eekeez. Eekeez make a range of wooden-like figurines from TV and movies from children classics such as Toy Story to sci-fi and Marvel. The June box contains a figurine of Black Manta from DC Comics Aquaman. It’s not a character or series I’m familiar with but I love the unique style of the figurines. 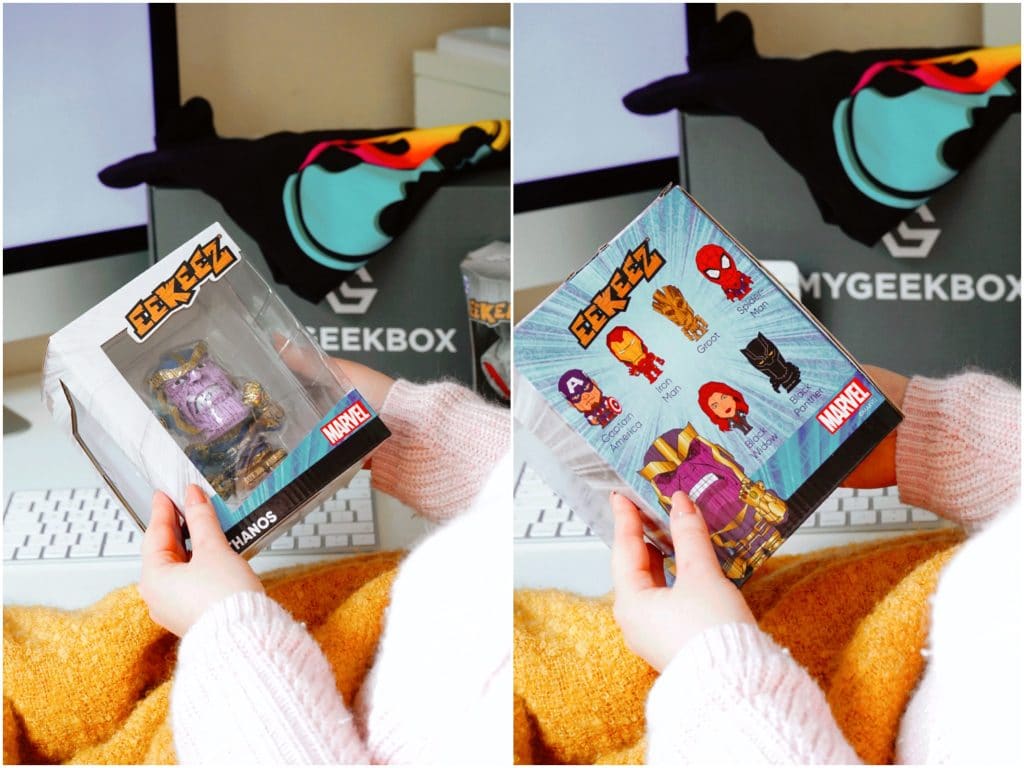 There’s a second collectable figurine from Eekeez within the box and this one is from a Marvel series I am familiar with. The figurine is of Thanos with the same wood-like finish as the other figurine and I think it works even better with this Thanos! As you can see from the box, there are other figurines to collect in the Marvel series from Captain America and Iron Man to Spiderman and Black Widow. 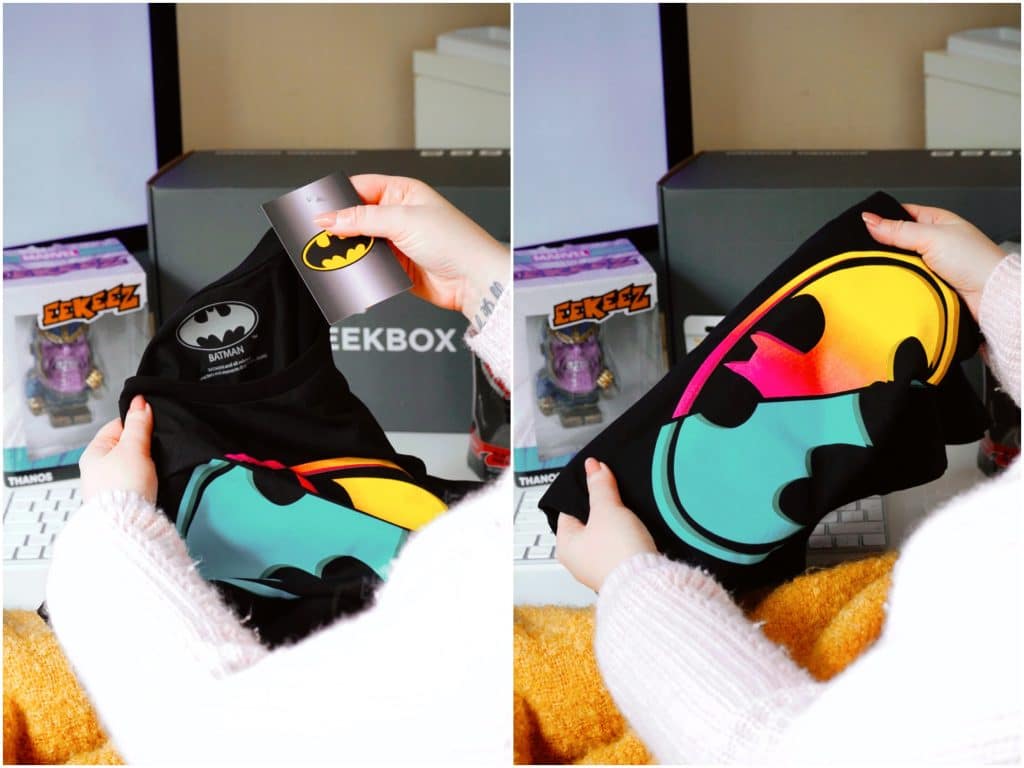 Last but not least is another favourite of mine and it’s a multicoloured Batman t-shirt! I used to love the original Batman comic TV series growing up so I’m always happy to receive a Batman themed item in the My Geek Boxes. I have a women’s medium size and it’s a great fit (I’m a UK 8/10 for reference, although if you want it oversized then you should size up).

Overall, I'm happy with the June 2020 box and I think my favourite items have to be the adorable Harry Potter eraser and the multi-coloured Batman t-shirt!