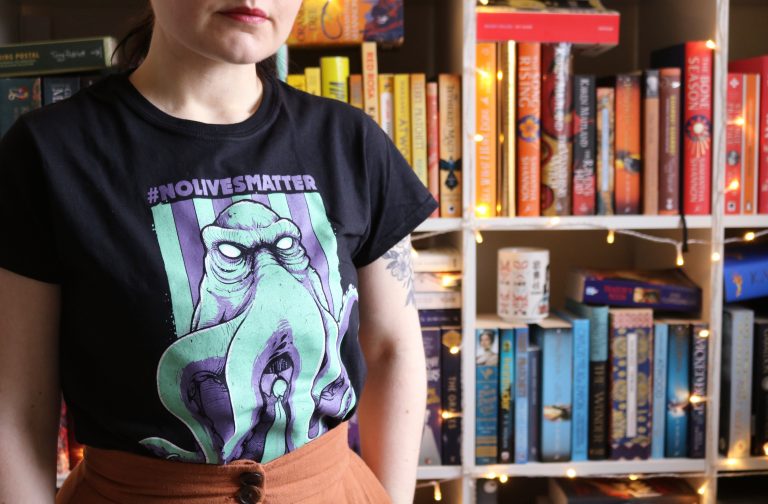 I haven’t received a My Geek Box for a while but I started again with the June box which is filled with a few unusual items! The June box contains a mix of socks, figurines and graphic novels. The fandoms included vary including: Star Trek, Harry Potter, MegaMan and DC Comics. 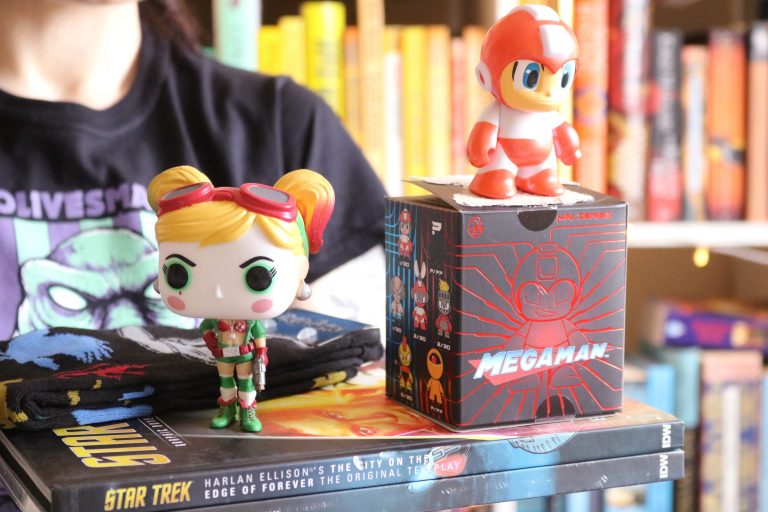 Let’s start with one of the items that is always included within the boxes, a t-shirt. I have the womens box and the t-shirt size I have is a medium which I would say is a UK 10. The fit is perfect for me, it is a casual style fit and I love the design. Although I will be honest and say that the design isn’t something I’m familiar with. I have no idea what character it is…oops.

The second and final wearable from the June box is a pair of Harry Potter socks! I love it when any Harry Potter items are included within a subscription box as it’s one of my favourite fandoms. The socks have the house symbols and sorting hat on them but sadly they are long socks which aren’t something I’d wear. 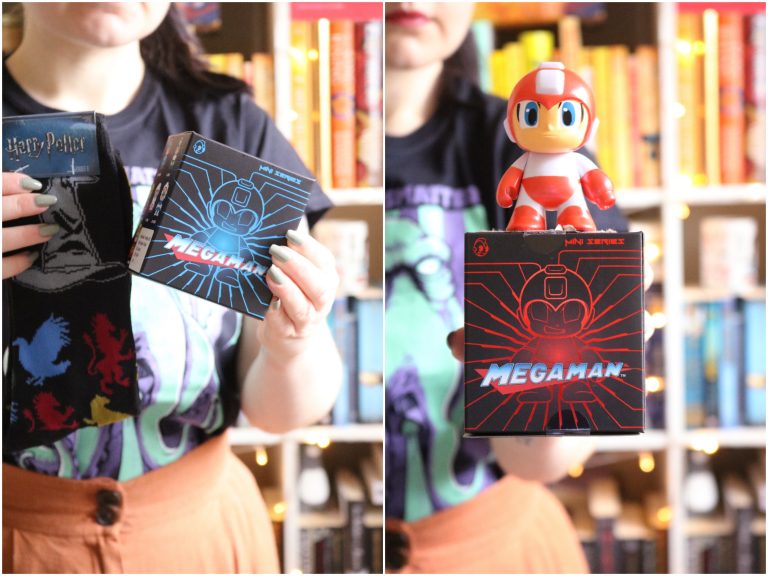 As well as Harry Potter items, I also love mystery boxes! The mystery box within the June box is a MegaMan figurine which is another fandom I’m not really familiar with at all. I received one of the more common ones but there are lots of other designs you could have received. 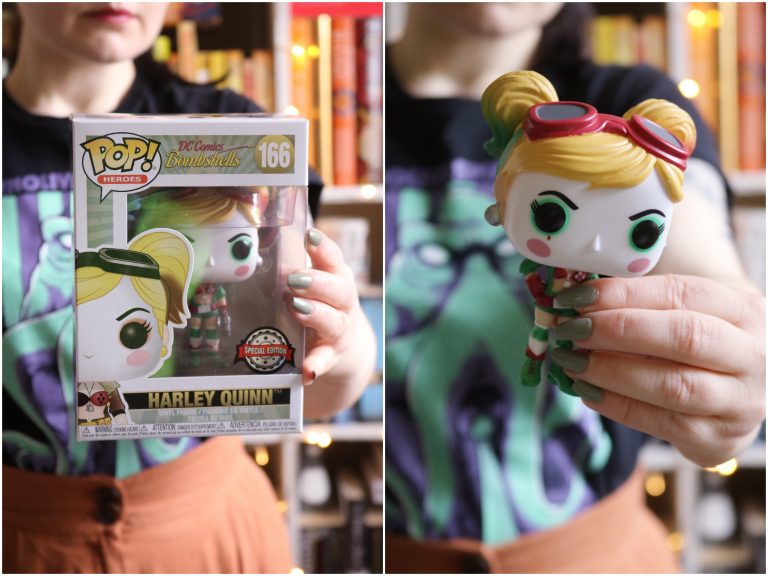 Last but not least is my favourite item from the box, along with the t-shirt. I love receiving Funko Pop! figurines within subscription boxes and this one is no different. I received the 166 Harley Quinn figurine which is a special edition figurine. I adore the style of Funko Pop figurines with their characteristic large heads and big eyes.

Overall, the June box is a little bit of a mixed bag for me personally but my favourite items have to include the t-shirt and the Funko Pop! I always love receiving the boxes especially the mystery aspect of them - I cannot recommend the My Geek Box subscription service enough.