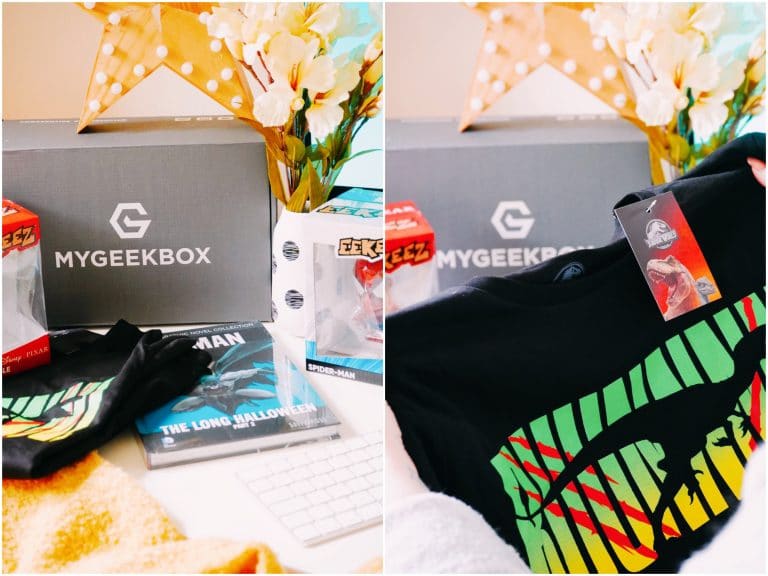 The new July My Geek Box is here to review! The box I receive is the UK womens box in the Medium size but there are other options available. Each box contains a range of geeky merchandise from a range of TV shows, movies, video games or comic books. The fandoms in the July geek box include: Marvel, Disney, DC Comics and Jurassic World. 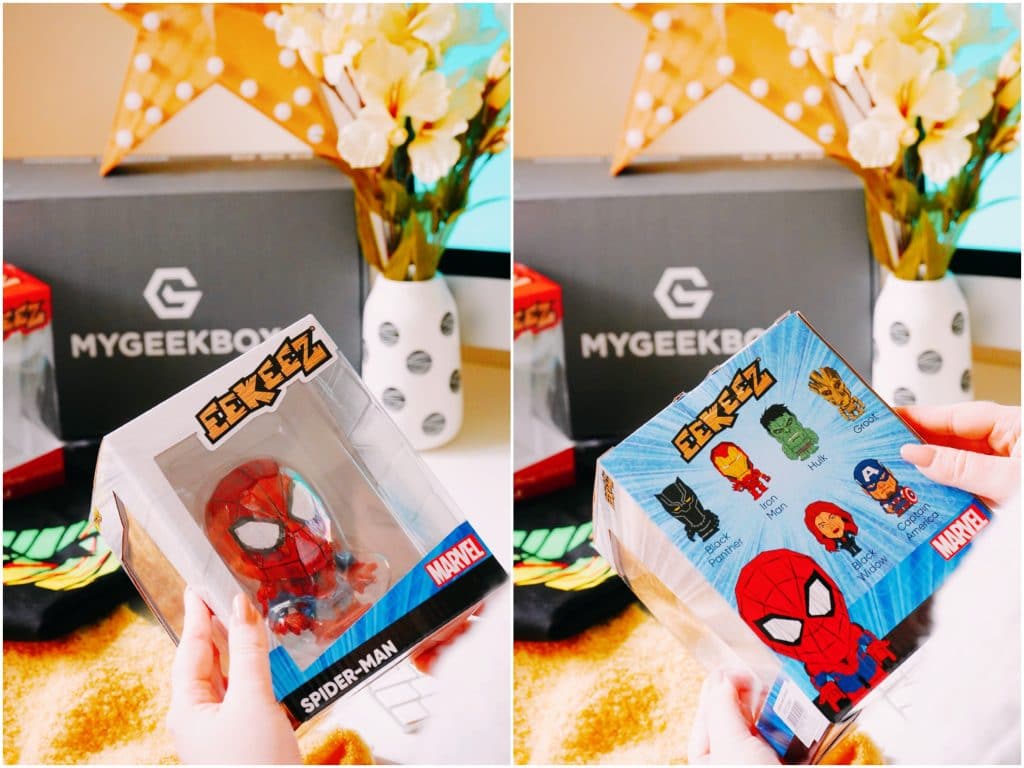 Within the June 2020 box, we received a couple of figurines from this brand also and I loved them. I’m glad this brand is included within the July box as well because the figurine design is so unique. The figurines have a wooden look to them which is so unusual and something I haven’t seen before with other figurines I’ve received. 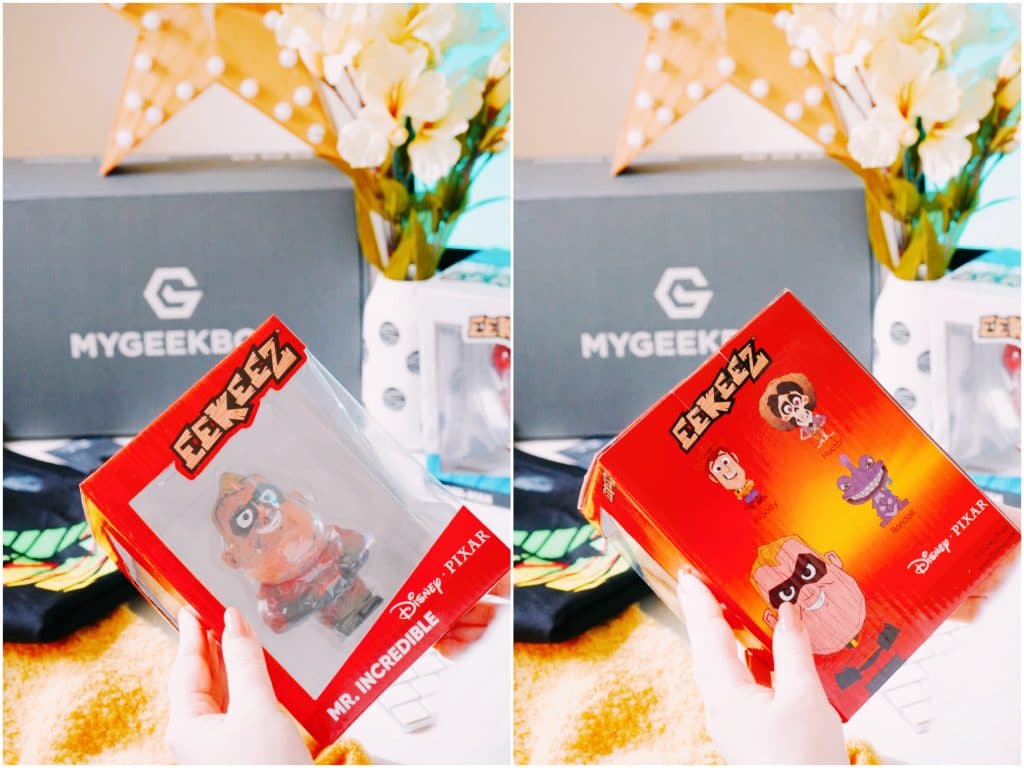 The Eezeez figurines within the July box include Spiderman and Mr Incredible, both of which are series and movies I like! I did like the original Spiderman movies as a teenager and I liked the Incredibles film too but I haven’t seen many figurines for the latter. I love the unique wooden style and I think they’d be a great addition to any figurine or collectables stash. 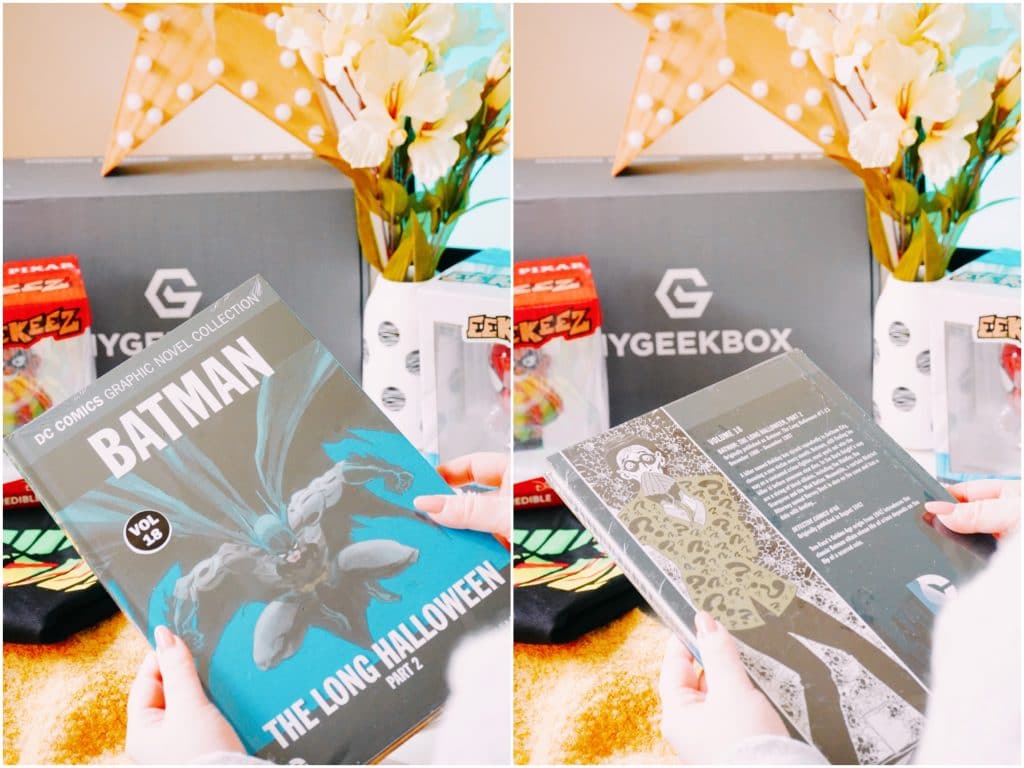 I’m not sure if I’ve missed a box or if I’m just misremembering (that is a distinct possibility) but I don’t have the part one to this graphic novel collection so I’m not sure if I can just read this on it’s own or not! I adore the Batman series, especially the original comic TV show and the movies from the 90’s so I was excited to receive this. I’m going to look into the graphic novel series as I’d love to read this one. 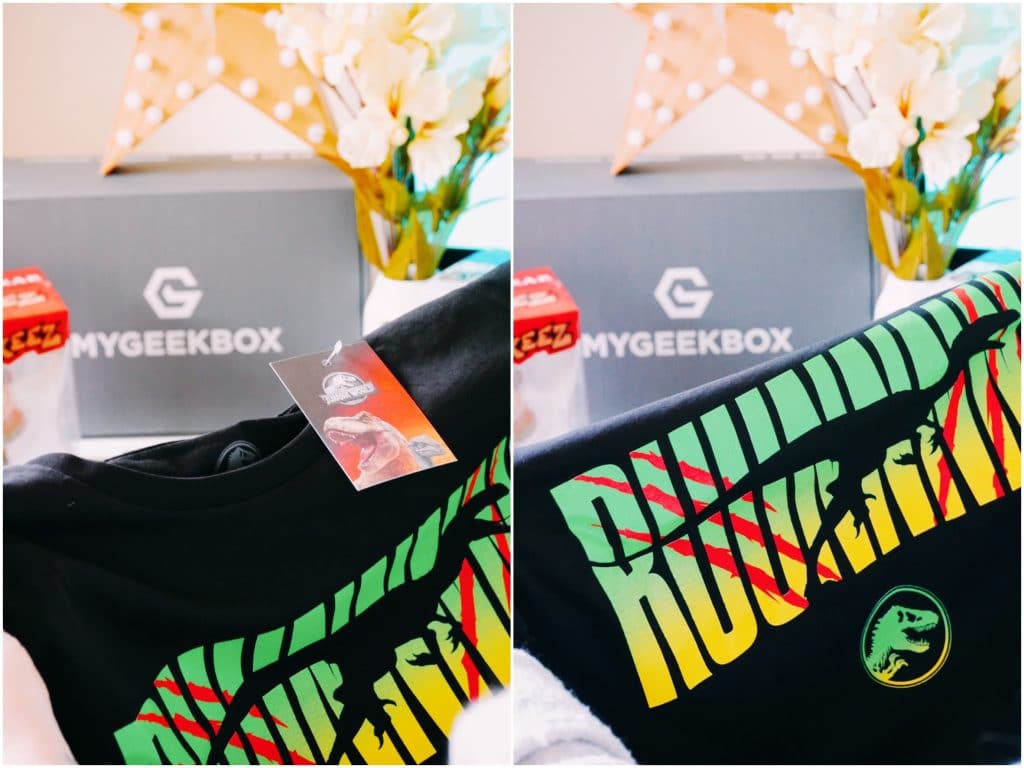 Last but not least is the t-shirt from the box! There’s always a t-shirt included each month and they are typically my favourite item in the box as the designs are so unique and unlike anything I own. This Jurassic World t-shirt is amazing and I love it! It says ‘ruuuuuun’ on the front with a silhouette of a t-rex. Jurassic World isn’t a spin-off that I love but I like the original so this t-shirt is perfect for me.

Overall, I'm happy with the July 2020 box from My Geek Box. My favourite item has to be the Jurassic World t-shirt but I'm excited about the graphic novel - hopefully I'll be able to read it as a standalone.