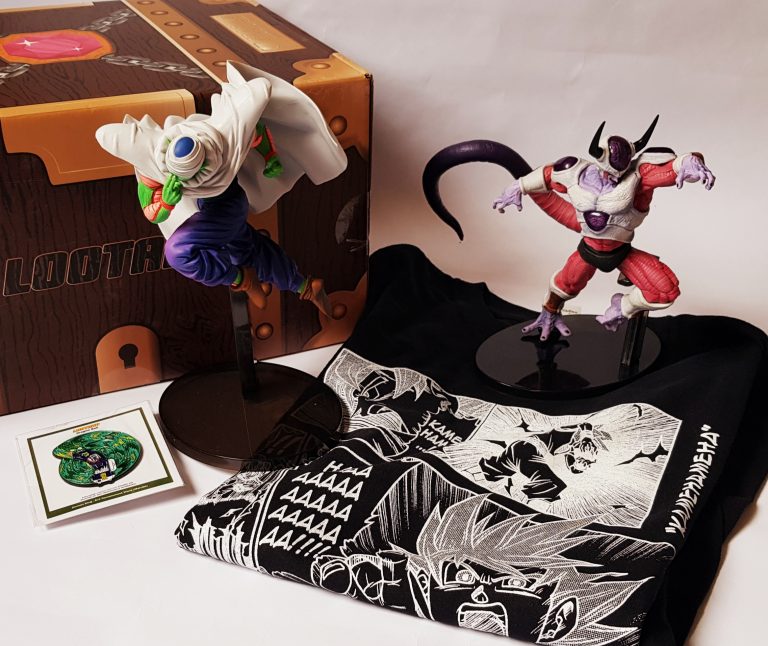 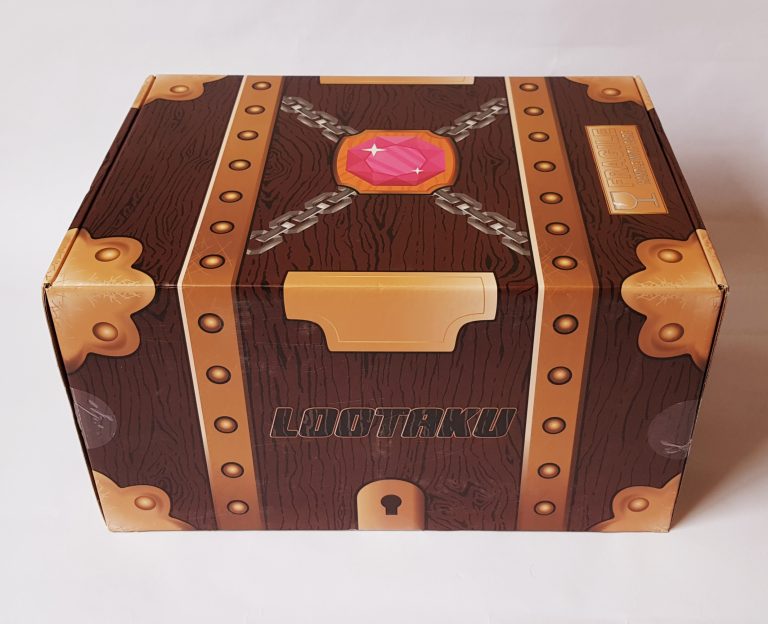 Isn’t that a cool shipping box?

This month’s box is dedicated to Dragon Ball. 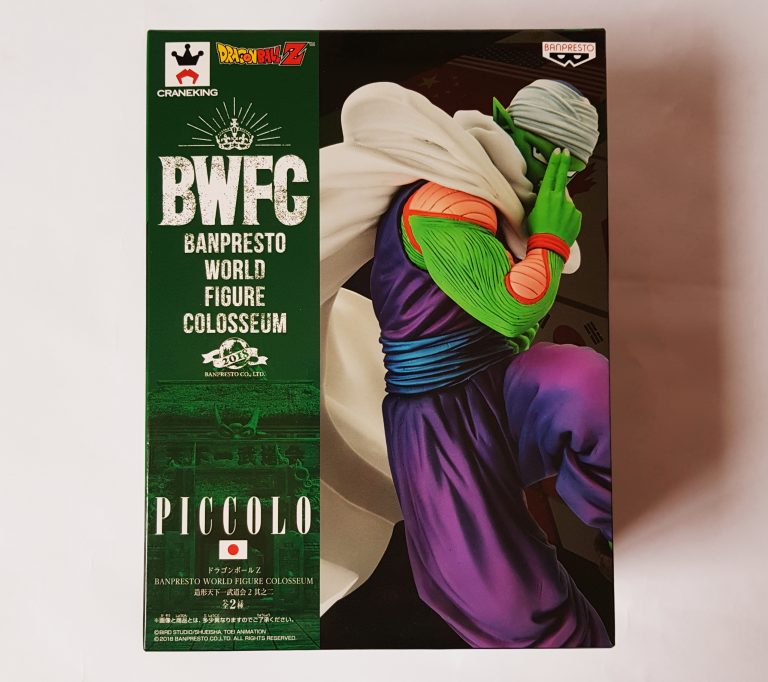 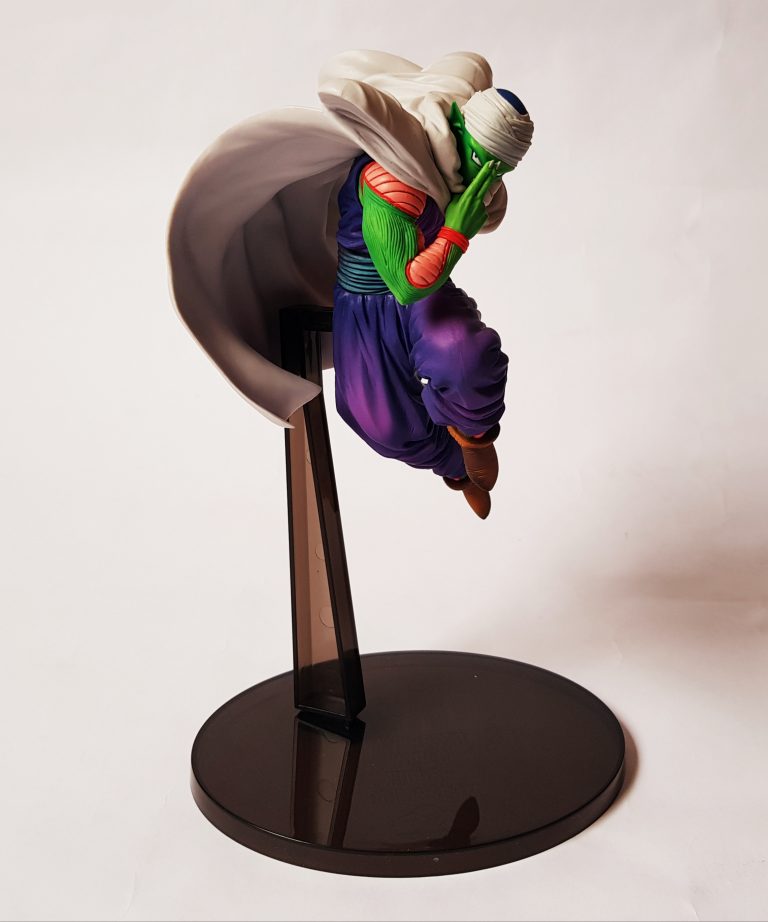 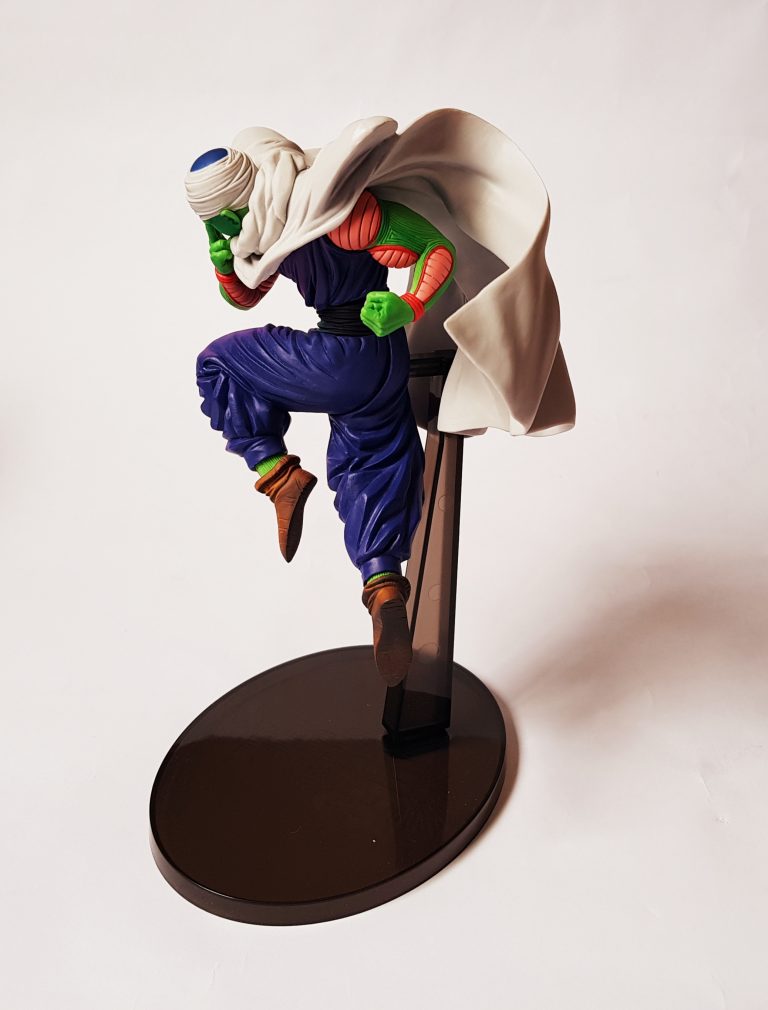 This impressive figure shows Piccolo grimacing and dodging to one side as he brings his fingers to his forehead, ready to channel the Special Beam Cannon.

There are great details in this figure, the facial expression, and it’s also one of the ‘gravity-deifying’ figures raised up by a stand. 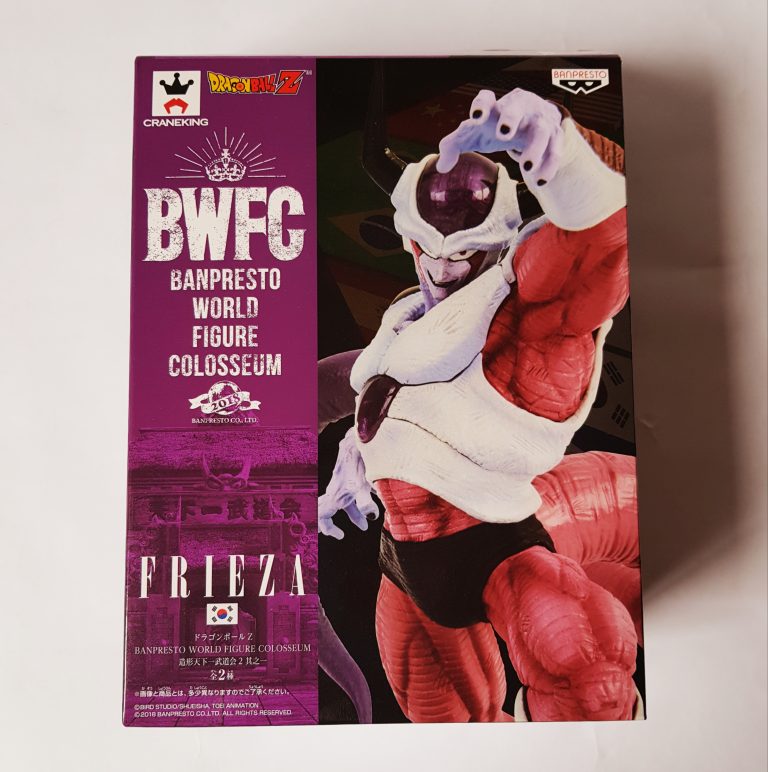 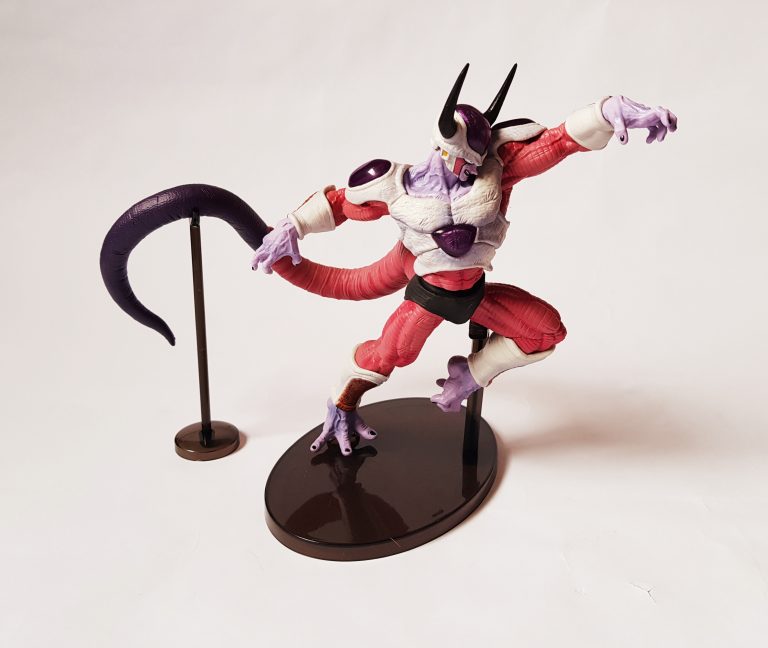 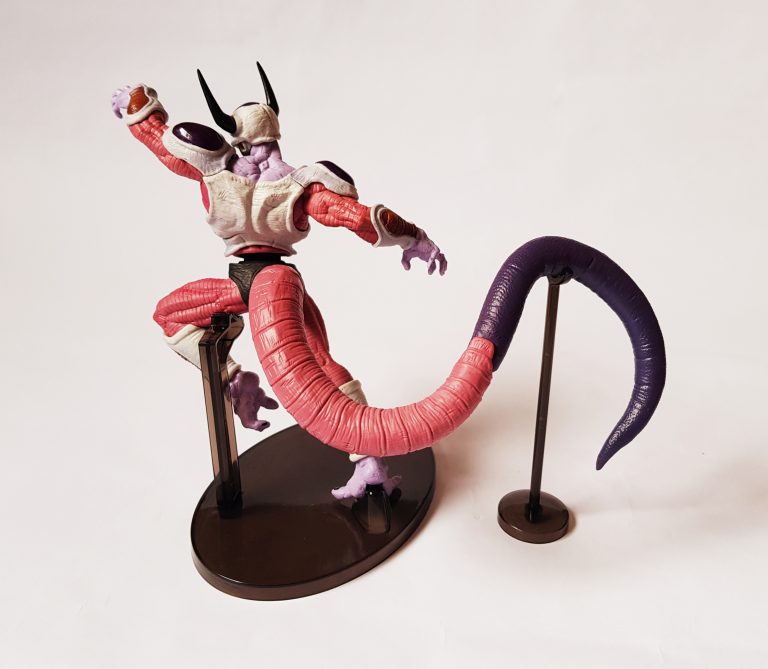 This one comes in several pieces as well as with two stands.

Frieza, a popular DBZ villain, takes many forms, and this figure shows his second form, with an impressive tail, preparing to go on the offensive. Very dramatic and impressively large! 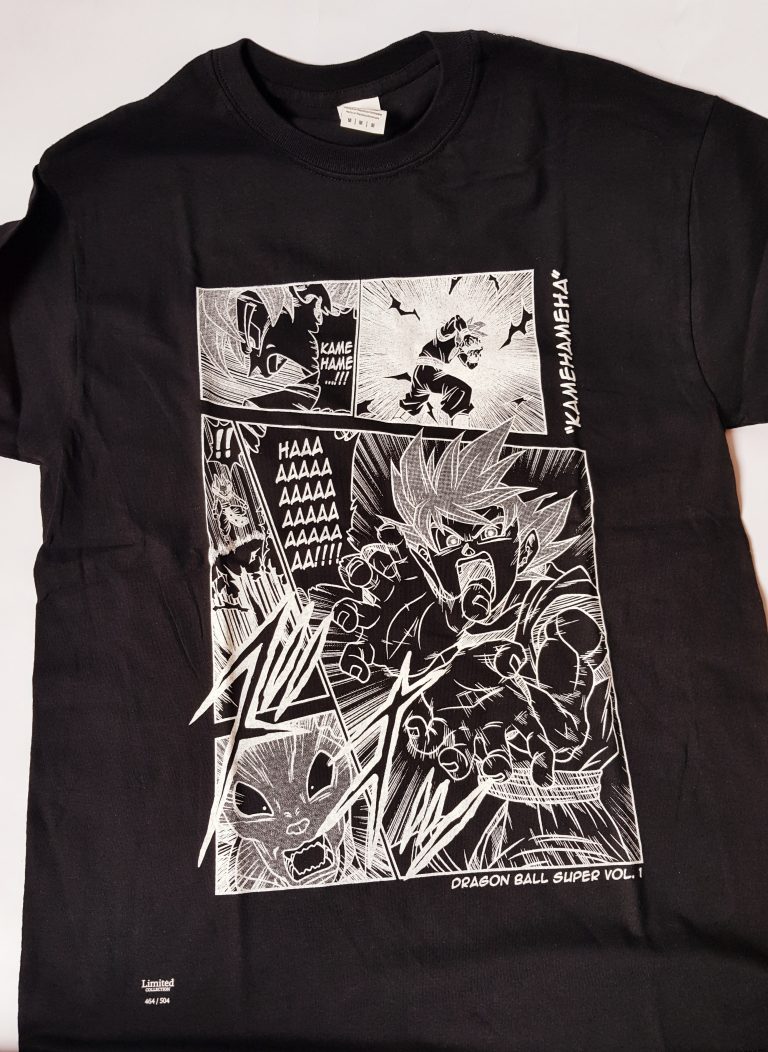 Lootaku t-shirts are all limited edition and numbered, as you can see on the bottom right, and they’re also 100% heavy cotton. 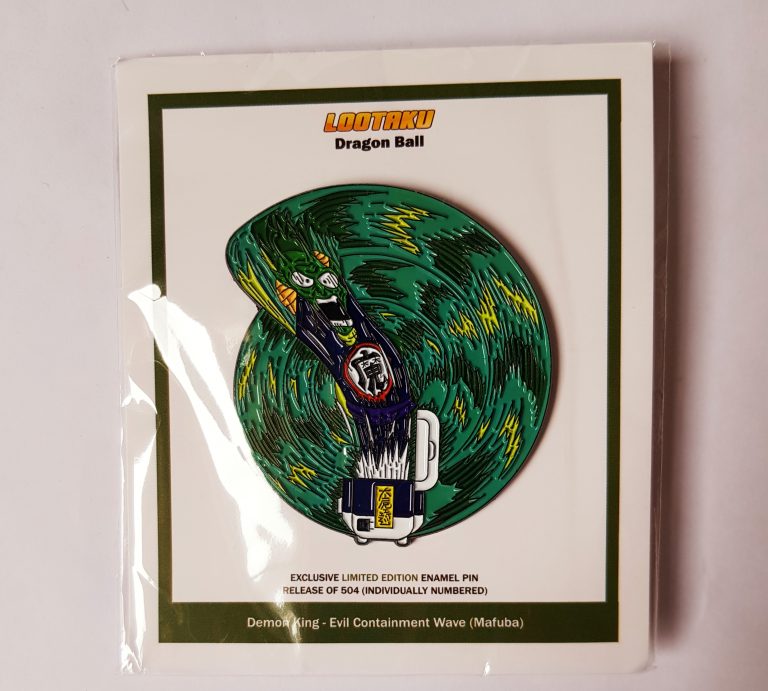 The pin this month is quite amusing! It shows the Demon King being sealed into an electric rice cooker with an Evil Containment Wave and a special demon seal. This is an iconic technique from the original Dragon Ball series. 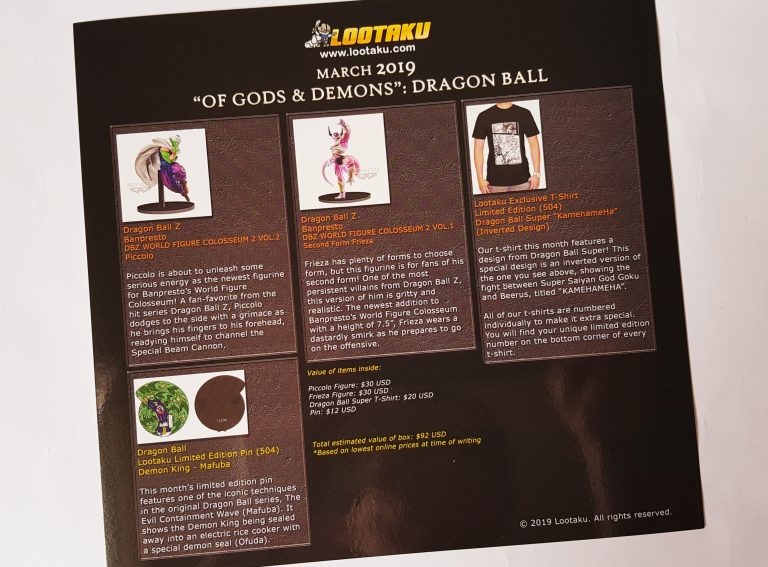 Finally, the menu card gives you details and values of all the items in the box.

As always the quality of everything is excellent, and the figures are always new releases.

The value is excellent, and even though Lootaku is not a cheap box, you always get good value for money.

Both these figures aren’t even available in the UK until June this year, and the pre-order prices are about the same as the value of the whole box.

I should add that this box arrived in April. The Chinese New Year had messed with Lootaku delivery schedules, and as they are surface mail they do have a tendency to run a little late. However their social media communication is excellent, and their stuff is definitely worth the wait!

This month's selection is a must for DBZ and figure collectors. Two superb figures, and a great, and high-quality t-shirt and pin. The perfect combination!