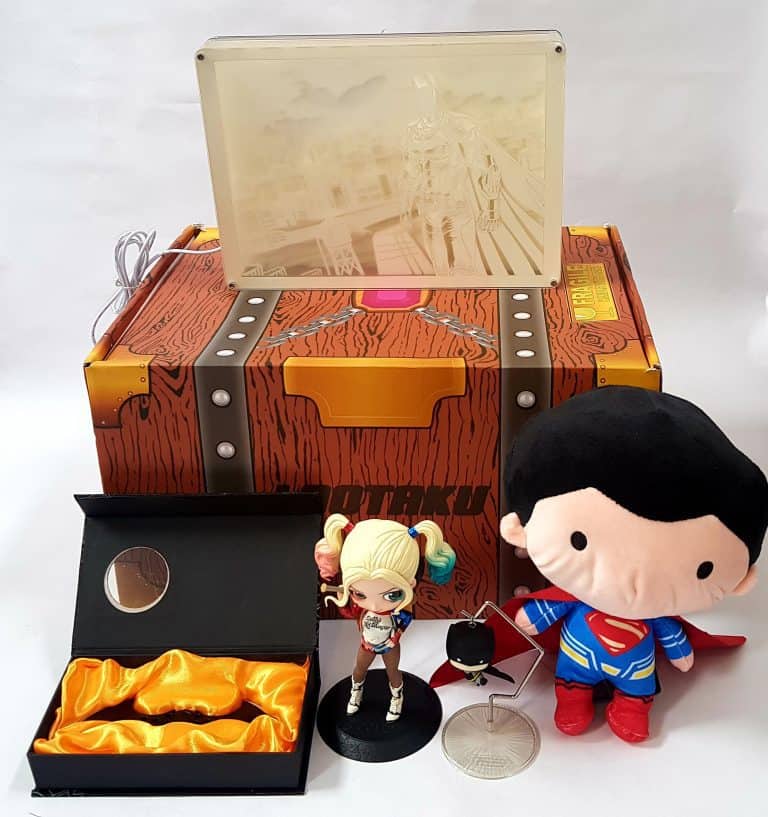 Prices and values on the Lootaku website are given US dollars. A one month subscription is $44.99 (three and six month subscriptions are cheaper). According to my currency converter today this is £32.59. UK Shipping is $17.66 (£12.79). Slightly pricey, but this is a premium box. Also it’s coming a long way. 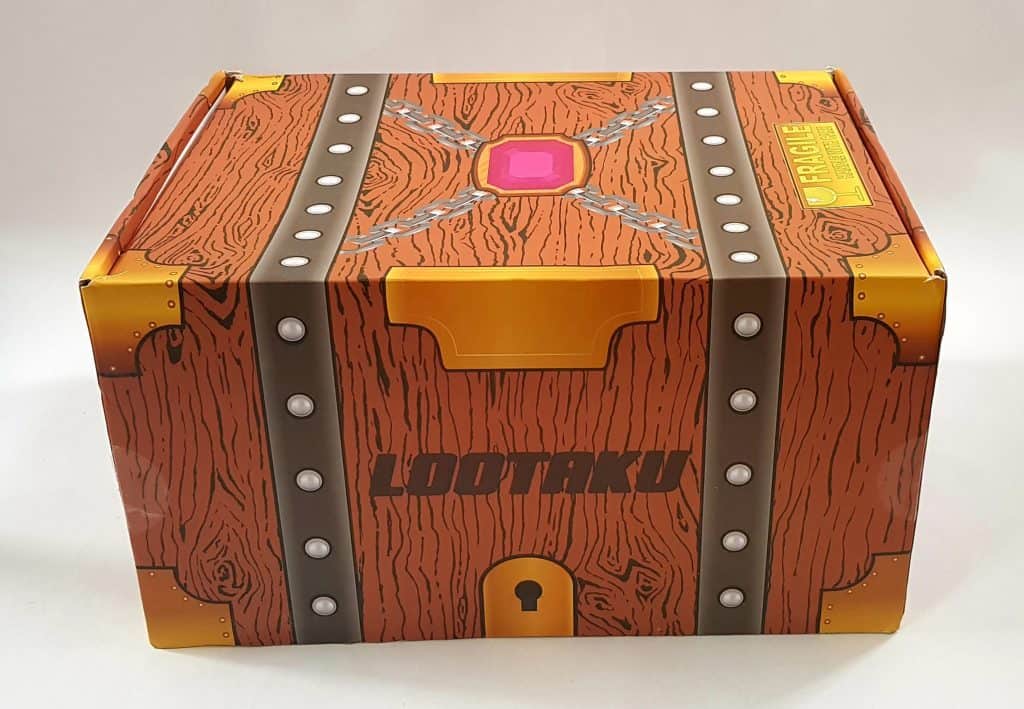 This month Lootaku is featuring the DC Universe! 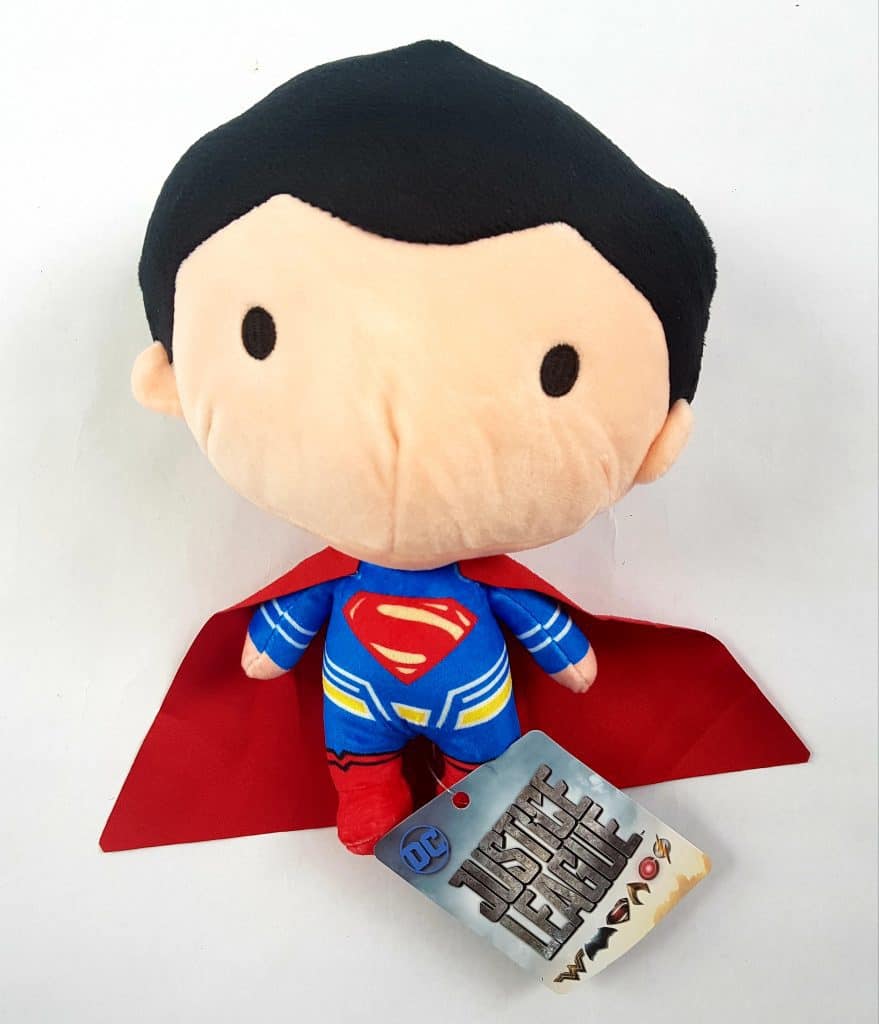 This is a Superman Large Plush. There was also Wonder Woman as an alternative. This is a slightly unusual design of plush, not one I’ve seen before! It sort of reminds me of a POP figure design. 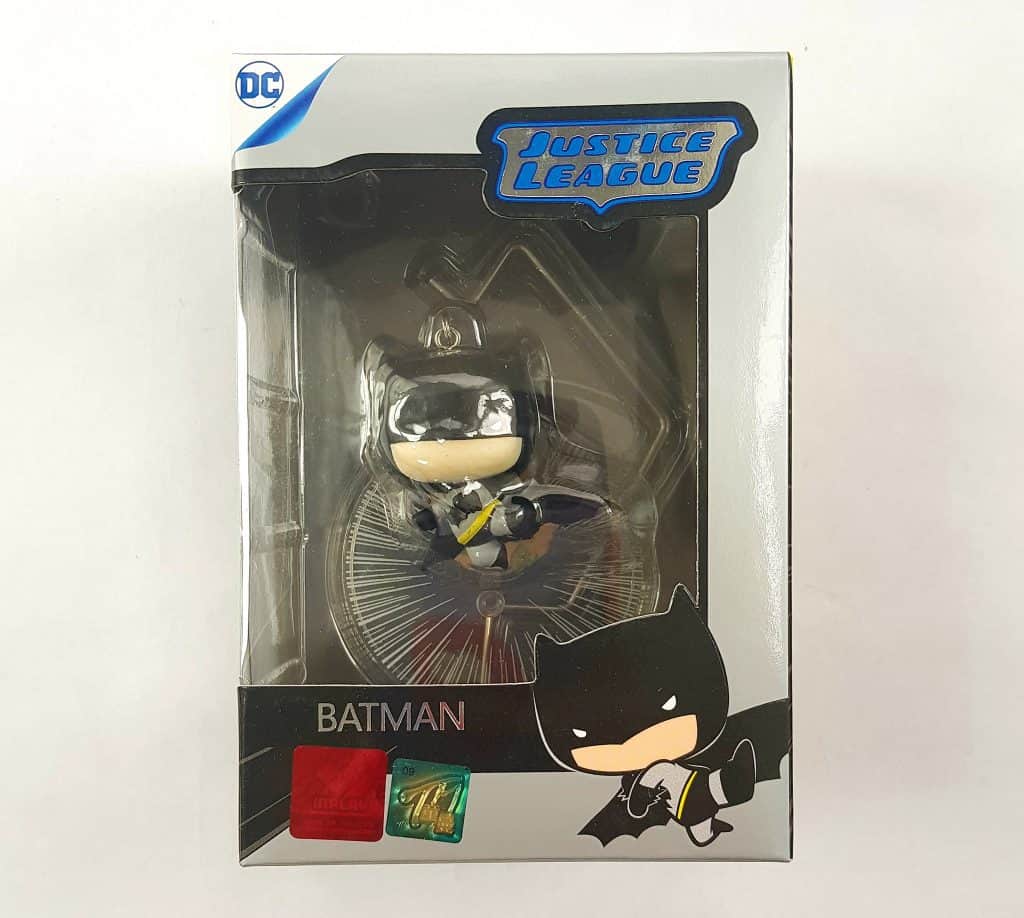 This is an Inplay Hanging Figure Batman. 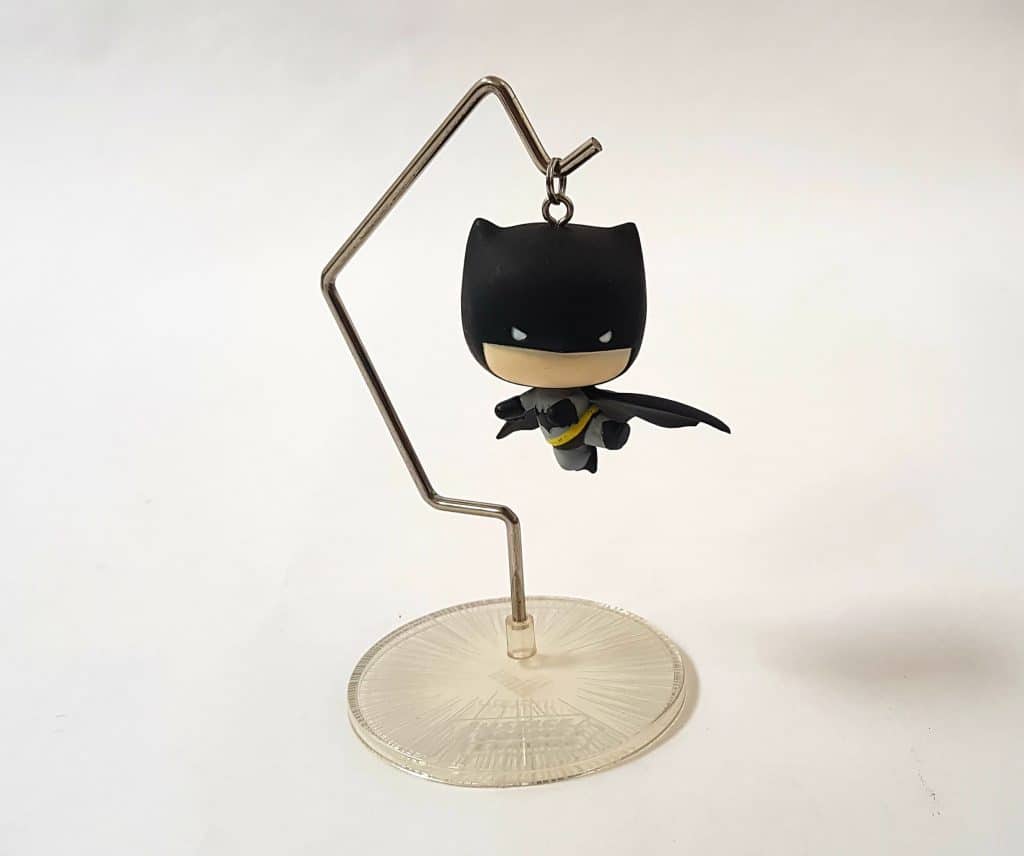 He has a stand to hang from, and also comes with an attachment to turn him into a keyring. Great flying kick pose!

Other possible variations are Superman and the Flash. 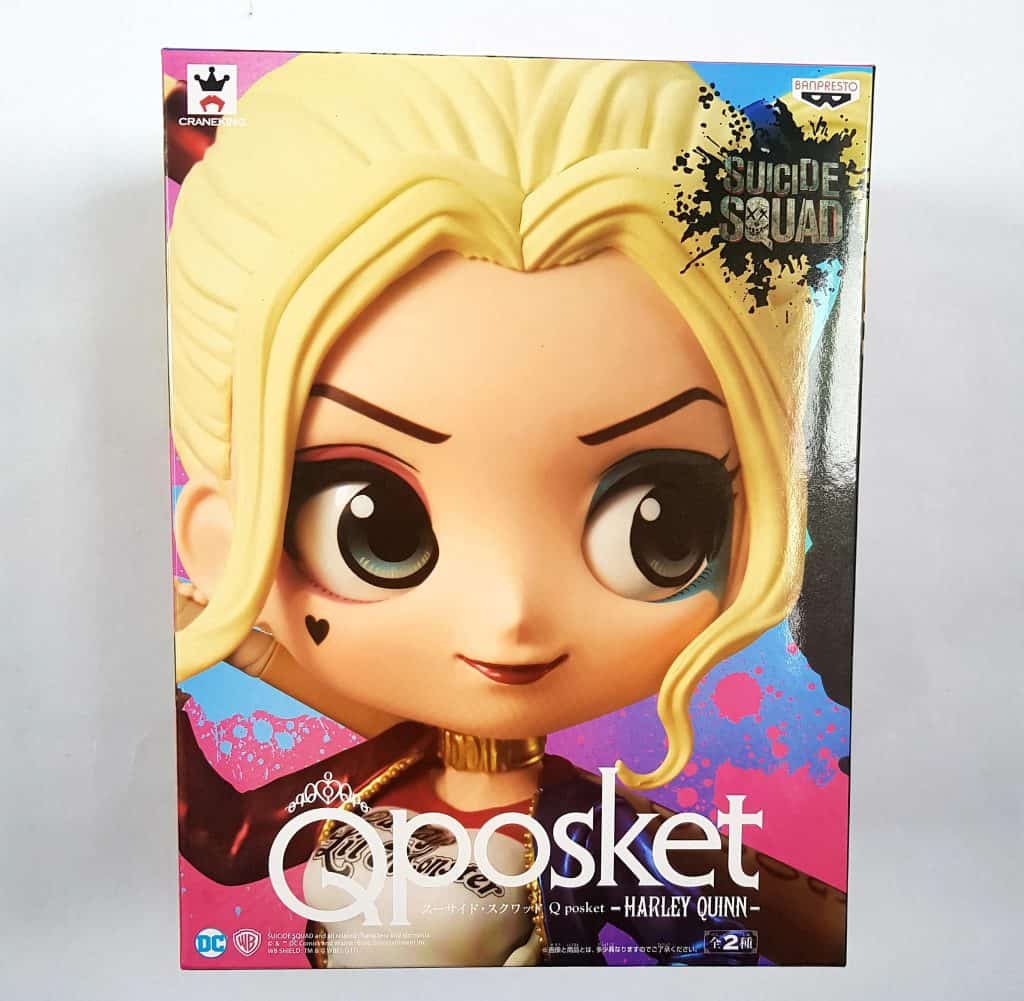 This is a Banpresto Q-Posket Harley Quinn Figure, an Asian exclusive. 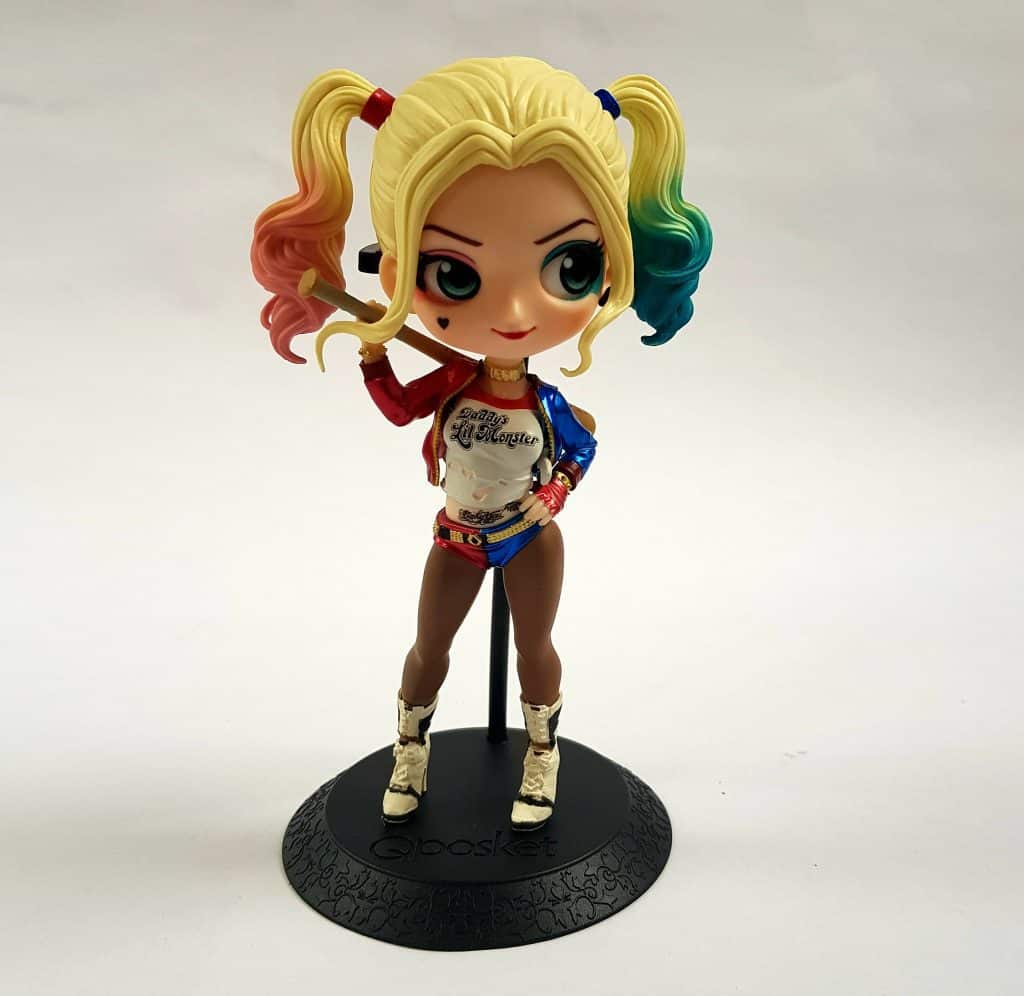 Q-Posket is a line that previously specialized in Disney Princess figures, but is now expanding into DC characters. This Harley Quinn figure is the first in this new line, and has some really fantastic detailing. This particular design is based on the look from the recent Suicide Squad movie. 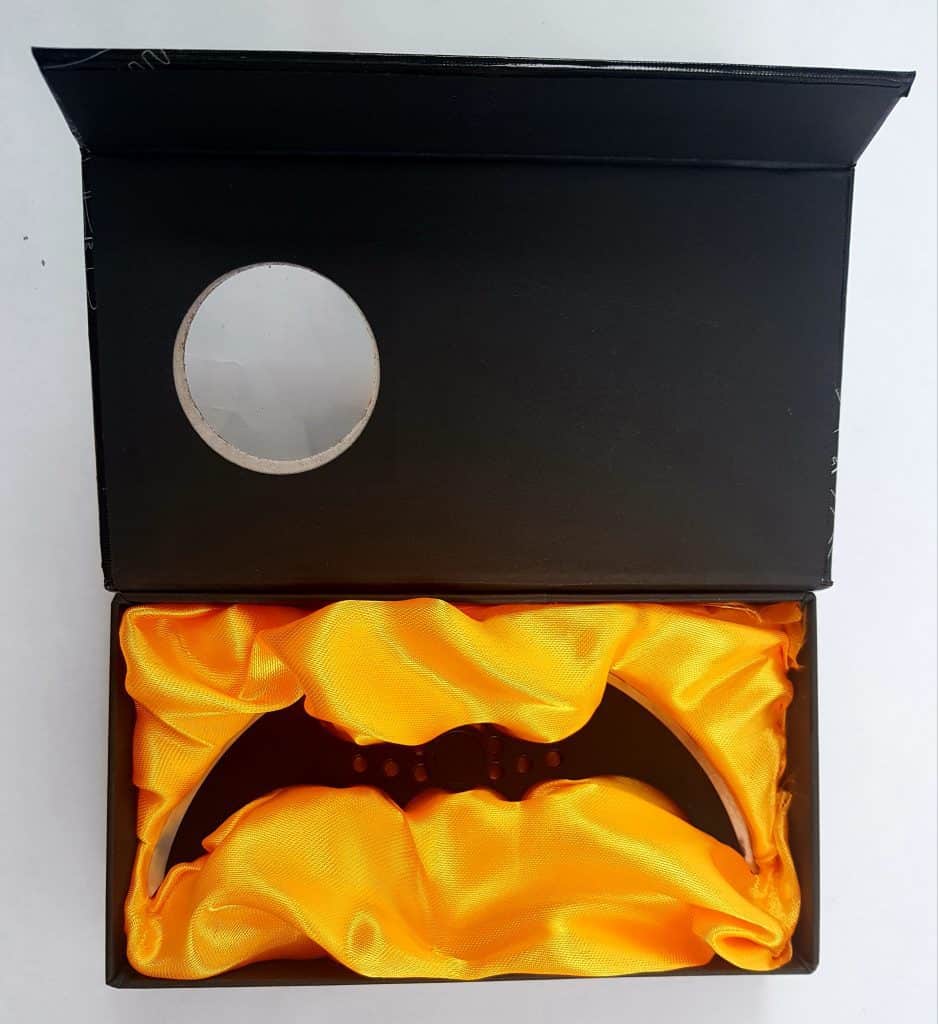 It’s metal, and while it’s not razor-sharp, it’s more than sharp enough to be an extremely effective letter opener! 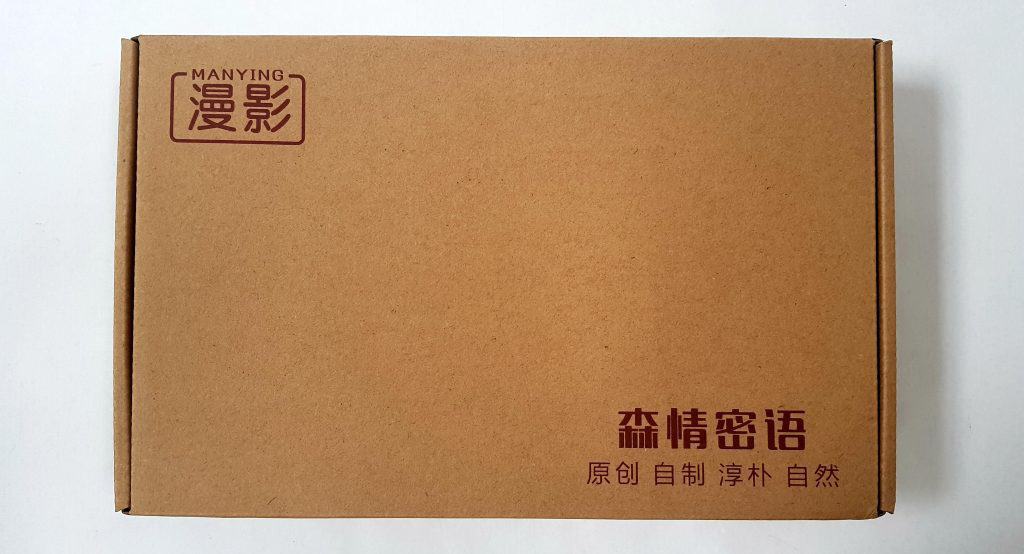 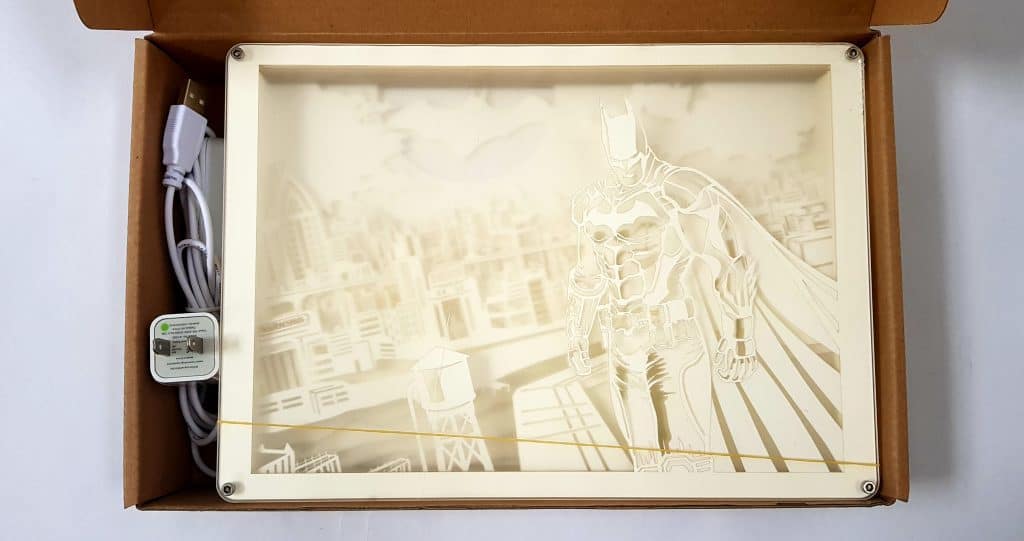 This odd-looking thing is a Batman Light Box.

It features multiple layers of acrylic and cardboard which create the 3D scene effect when lit up. It comes with a USB plug and also a plug adapter, though not a UK plug. Though it doesn’t matter, as everyone has USB plug adapters now because they’re required for charging mobile phones. You could even plug it into your computer as a fantastic desk accessory. 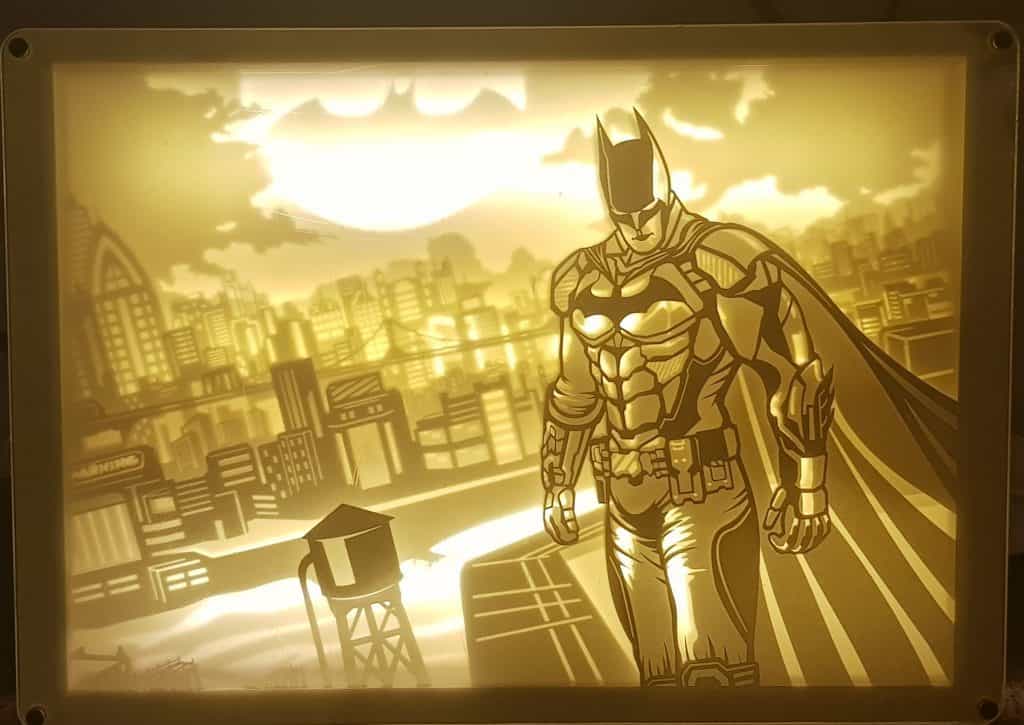 This is what it looks like when it’s switched on! It’s a fantastic scene, especially the Bat Signal in the background. 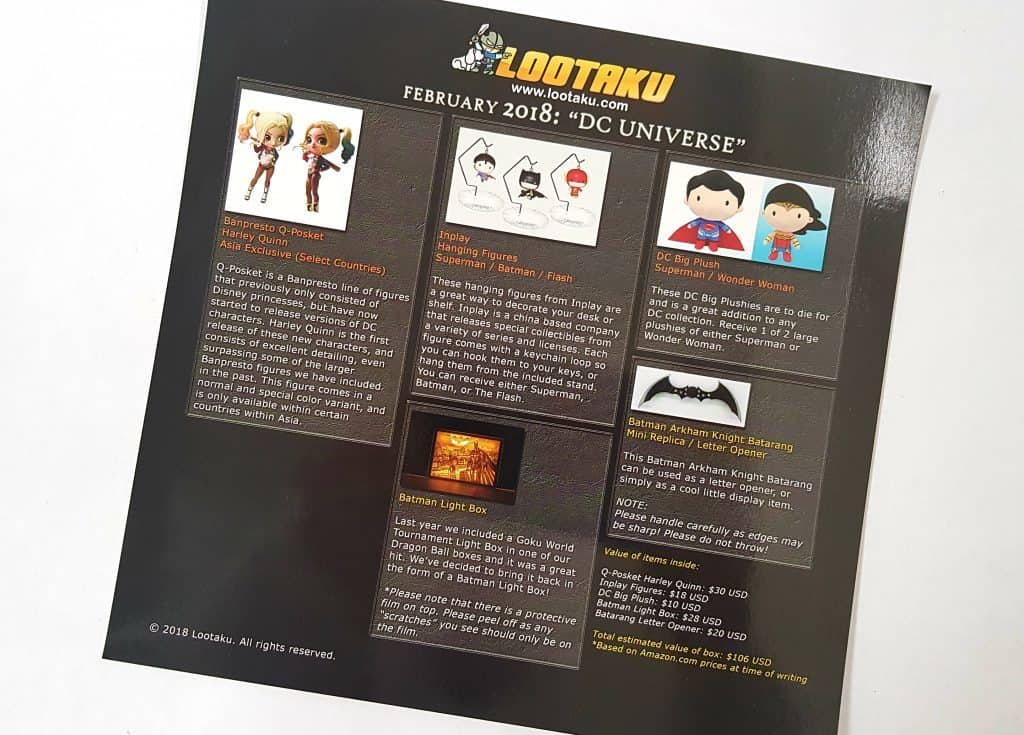 ’ll start straight in, as I always do, at the contents value as I can discover. I use an online currency converter so they’re correct at time of writing. I can’t always take into account shipping costs of individual items, but I do my best to be fair.

We saw at the top that the monthly subscription is £45.38.

Plush – I can’t find this exact one anywhere. It’s cute, and it’s quite a decent size, so I’m going to be generous and call it £10.

Hanging Batman – I can’t find this item either. A similar type of keychain can be found for around £7, but as this includes a little display stand, and has a really cool pose, I’m going to call it £9.

Harley Quinn – you can get this imported from Japan via Amazon for £32.48.

Letter opener – this was on ThinkGeek for £14, though it’s now out of stock.

All the boxed figure items have proper hologram and branding stickers, so you can be certain they’re the genuine articles.

The Harley Quinn figure is really nice. It comes with a stand, as the head is really large, though it does stand up OK without it.

The light box really looks fantastic, it’s a great feature piece! The details are incredibly impressive, and it would make a really awesome nightlight too.

I think the little hanging Batman is adorable, he’s got a great pose and it makes a great flying effect.

The plushie is really cute, even though it’s slightly odd-looking! I think I would have preferred Wonder Woman, just because I think she’s a better character, but even so, Superman is fun to have.

As for the letter opener, that’s quite an item to have! It’s really quite heavy, and it works very well. It’s perfect for adding a little excitement to your mundane admin work!

What a great box! There's a fantastic selection of items, a great theme, and when Lootaku does a non-anime box it's always spectacular. Definitely one of the best yet!