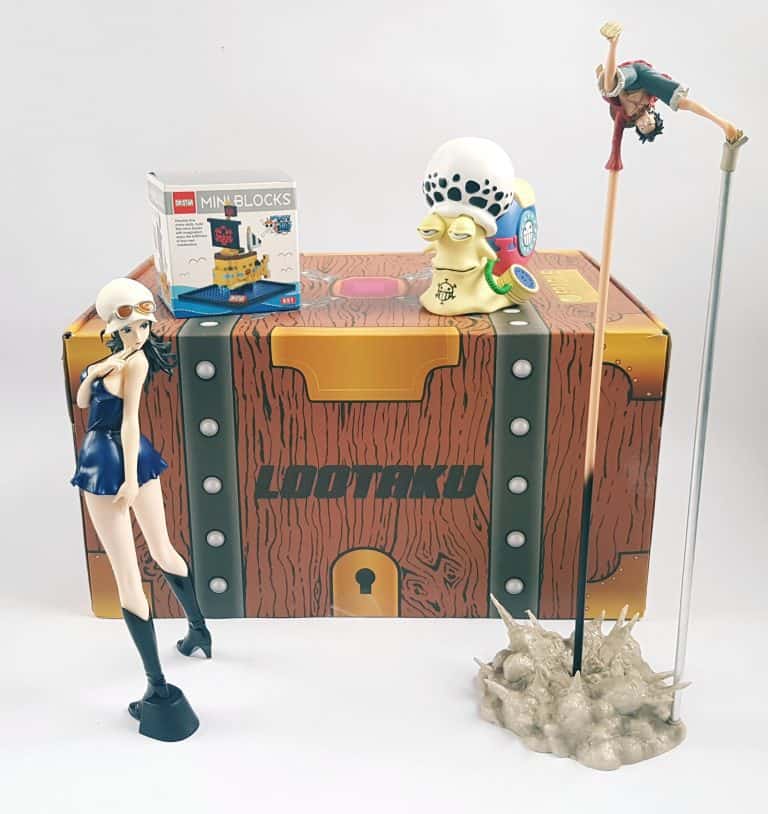 Prices and values on the Lootaku website are given US dollars. A one month subscription is $44.99 (three and six month subscriptions are cheaper). According to my currency converter this is £33.63. UK Shipping is $17.66 (£13.20). Slightly pricey, but this is a premium box. Also it’s coming a long way.

The first One Piece box was back in May, and this box is a continuation of that theme. 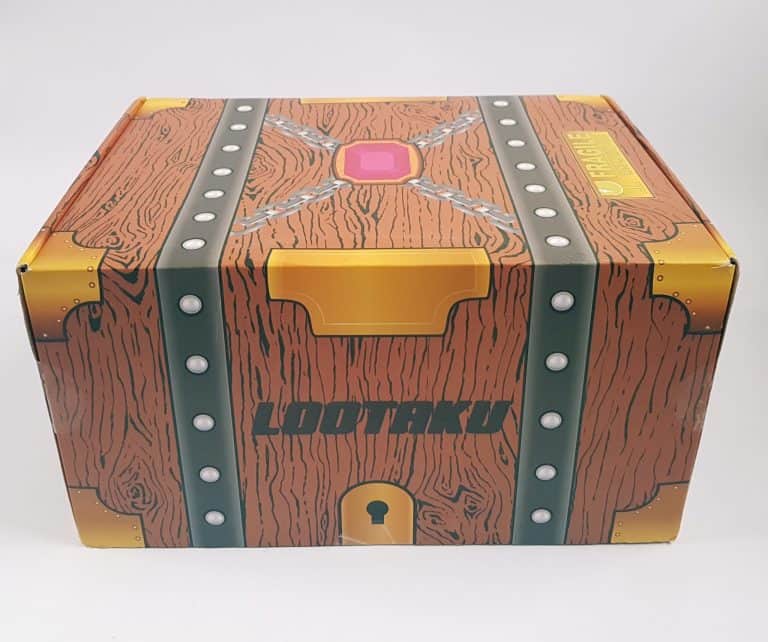 Though you can’t tell from the picture, this is a slightly bigger box than usual, as was last month’s box. 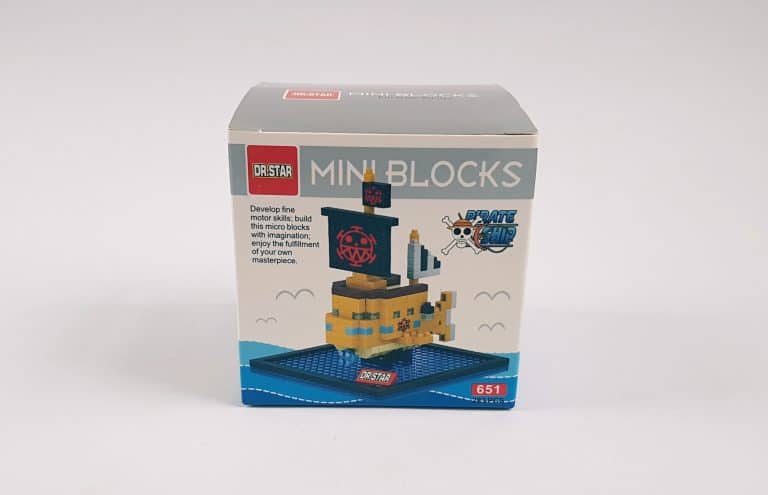 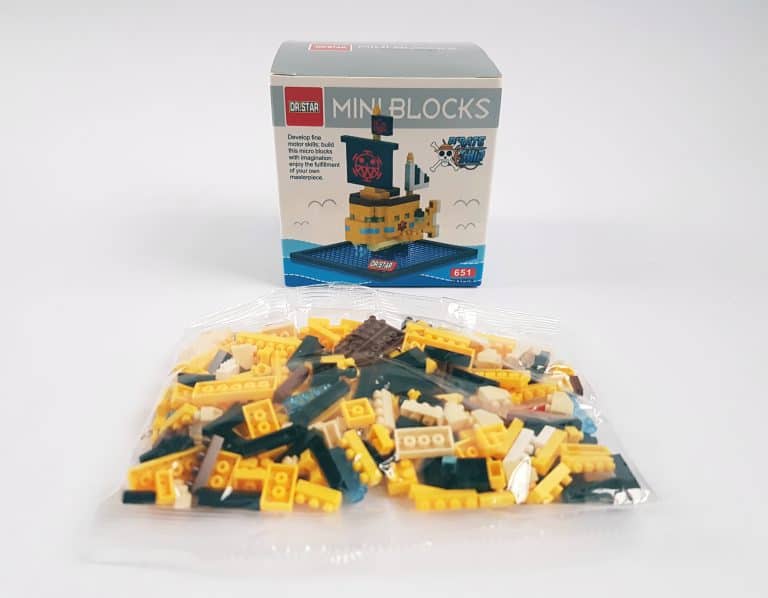 Mini Blocks is basically really tiny Lego! This is one of four possible One Piece Pirate Ship options, and this one is Trafalgar Law’s Submarine.

I haven’t yet put it together because it’s less than three days until Christmas and I simply don’t have time right now! 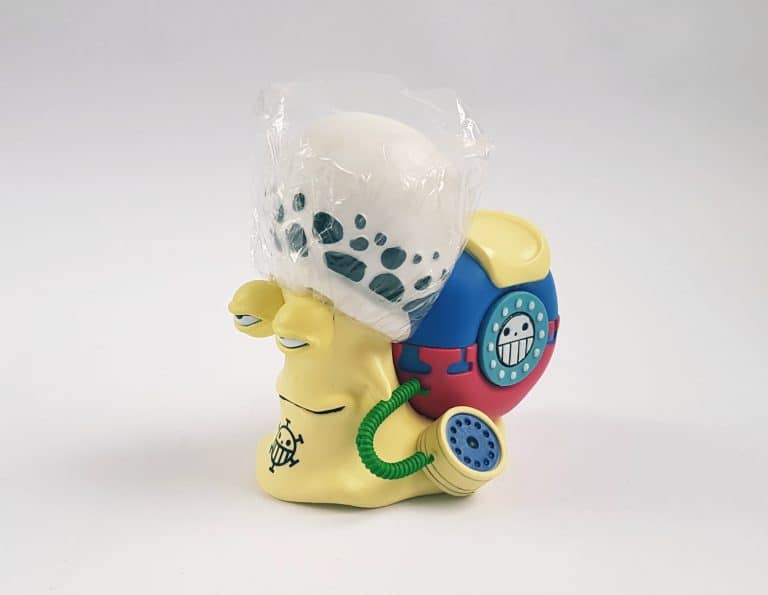 Den Den Mushi are telepathic snails that the people in the One Piece world use in place of regular telephones. Sounds pretty crazy! It’s very cute, and this is a surprisingly heavy model. 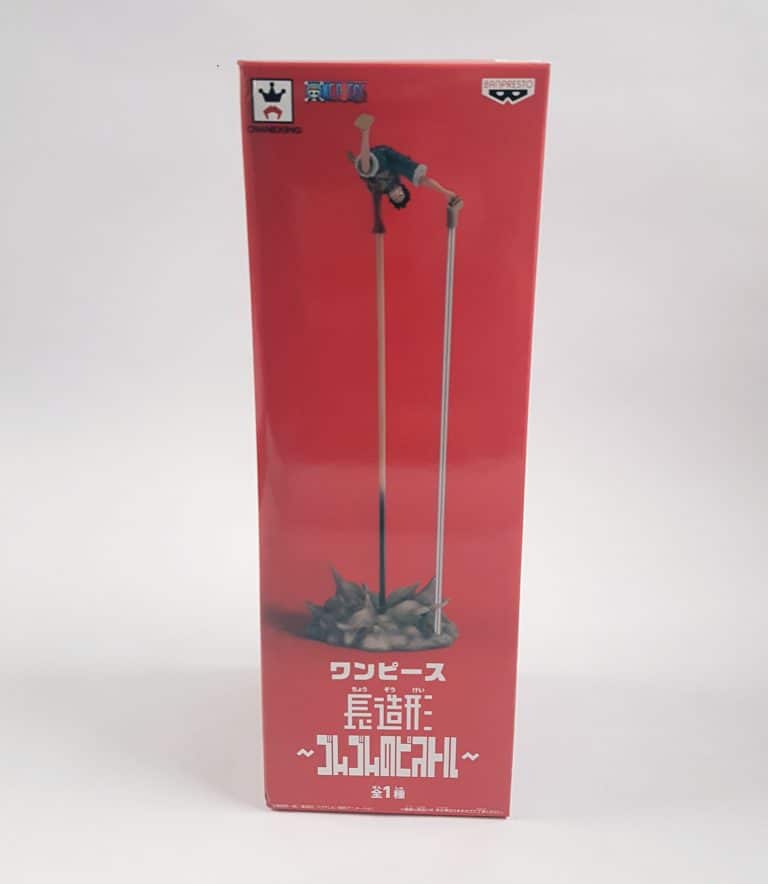 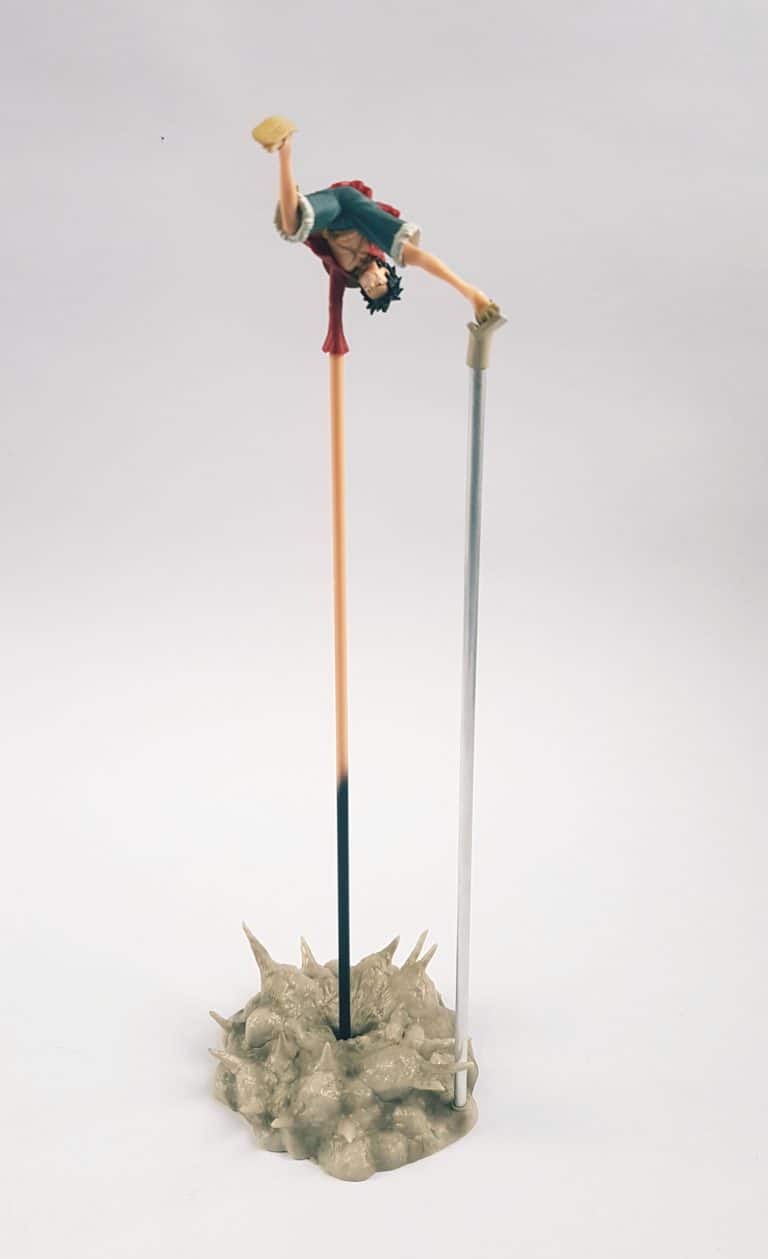 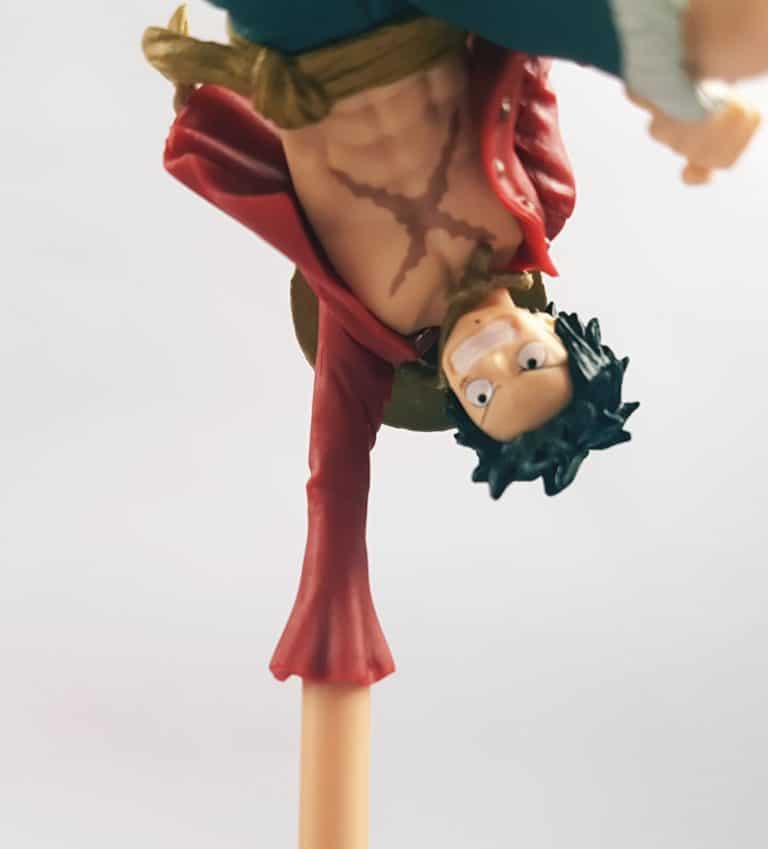 The detailing is excellent. 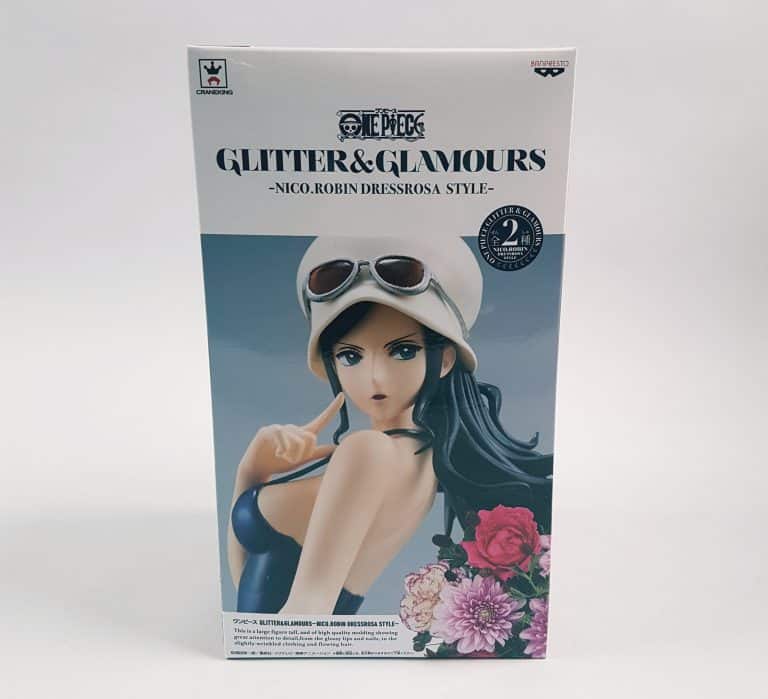 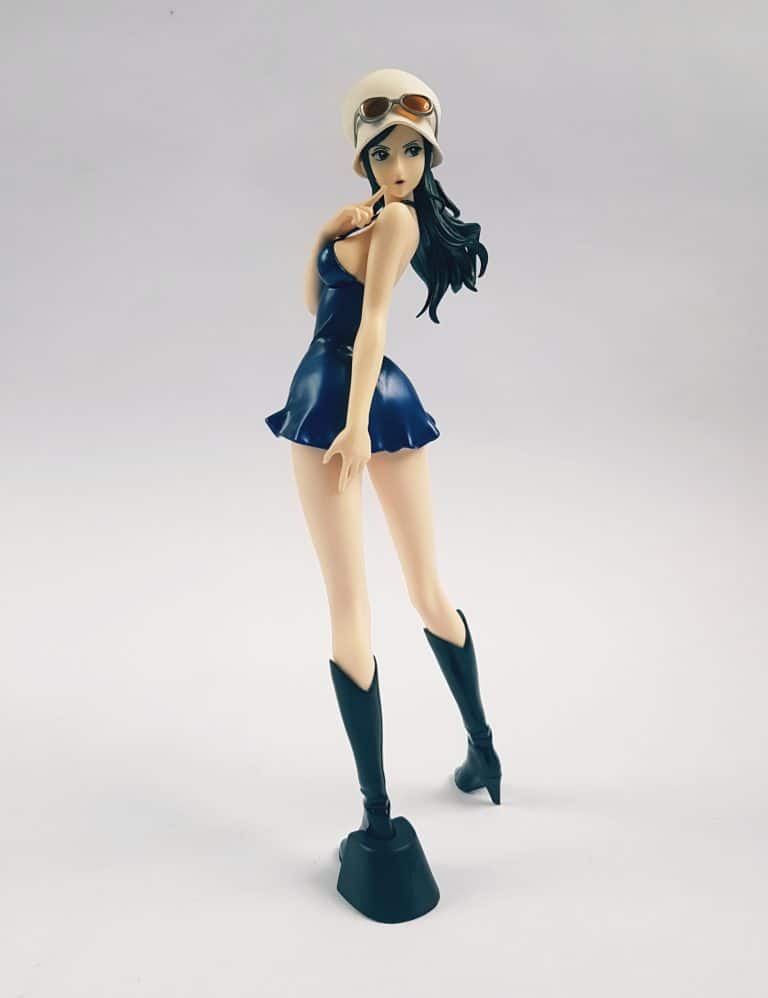 This figure is part of the new Banpresto Glitter and Glamours line which showpieces One Piece heroines in their battle clothing. This is one of two possible variants. 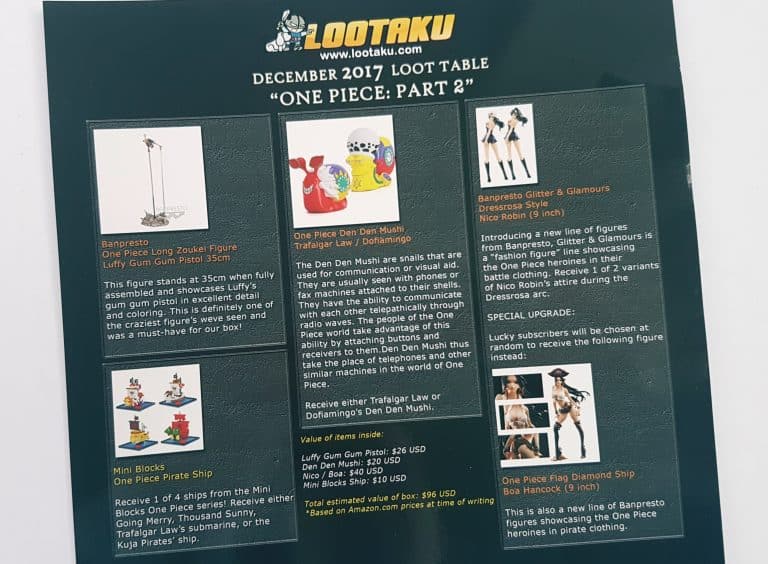 We saw at the top that the monthly subscription is £46.83.

Luffy figure: the only UK stockists I could find this listed it at £35.

It’s great that Lootaku has made another One Piece box to complement the one earlier this year. I wonder if they’ll be doing a third box, as they did with Dragon Ball?

Anyway, there are some interesting things in here.

I really like the Luffy figure, it’s completely mad! The den Den Mushi is really cute, with a fantastic expression. It’s also a really weighty piece.

I have to say I really don’t like the Nico Robin figure. While I’m sure it’s going to be a very popular figure, it’s just a little to soft porn for my taste. OK, I know that is how she looks in the anime and manga, women are the incredibly exaggerated hourglass with big boobs shape, but it’s just not my thing. That being said, female figures are few and far between (even if they’re flashing their knickers) so it’s nice to have one for a change. Oh, and the quality of this figure isn’t quite up to Banpresto’s usual standard. The paint is good, but there are a few seams slightly visible.

The Mini Blocks will be fun when I finally get around to making them. We are a serious Lego family, so this will be an extra challenge as those piece really are tiny!

I’m still waiting for a box that isn’t all figures, (yes I know the Mini Blocks aren’t exactly a figure, but that’s what they turn into) but I really like that these figures are kind of off-piste!