Reviewed by Mary on 1st September 2020 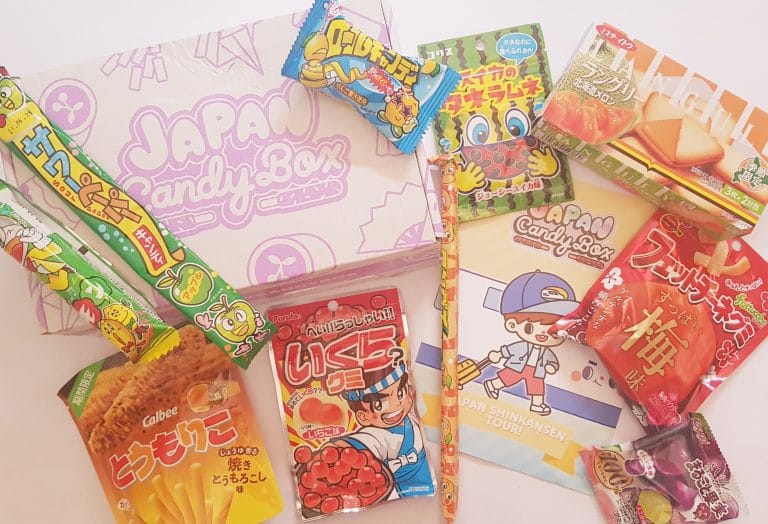 Japan Candy Box is a box of quirky and fun Japanese candies and snacks. It can feature seasonal and limited edition items, which you won’t find anywhere else! It costs around £19 per month, and shipping is free worldwide. 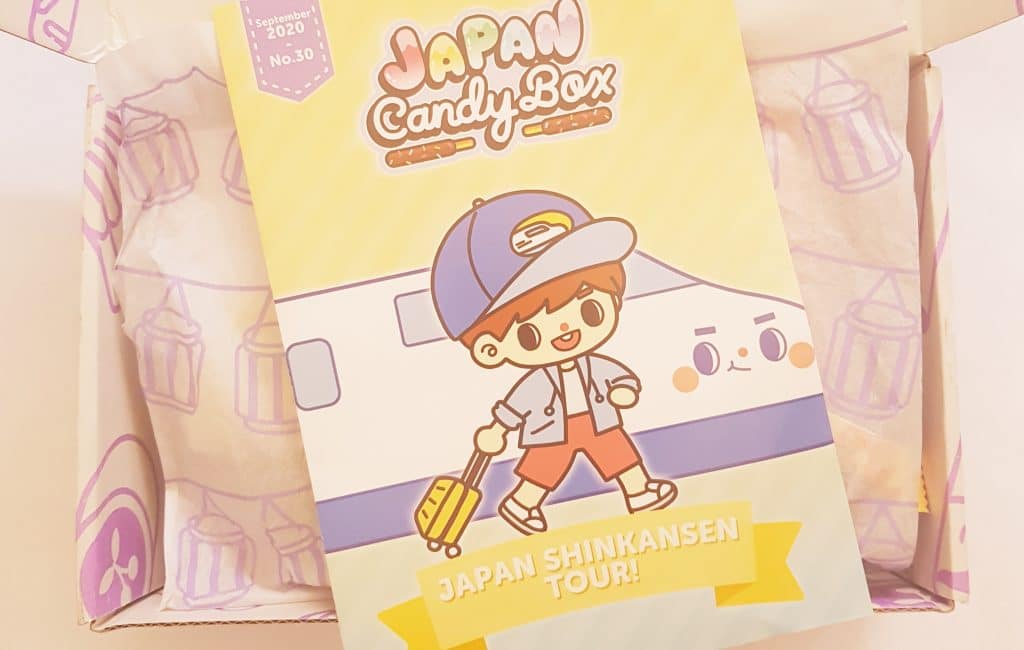 The theme this month is Japan Shinkansen Tour! The Shinkansen is the name of the Japanese bullet train network, so this month’s items take us on a tour to sample some regional flavours. 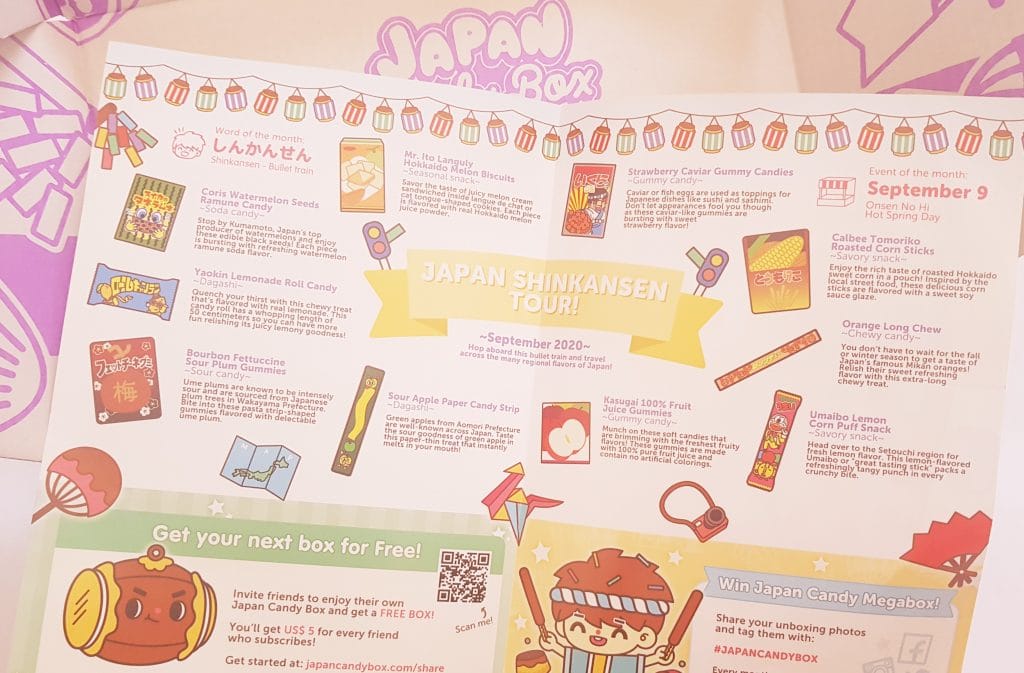 The menu insert describes each treat, as well as its origin in Japan. Cute illustrations too! 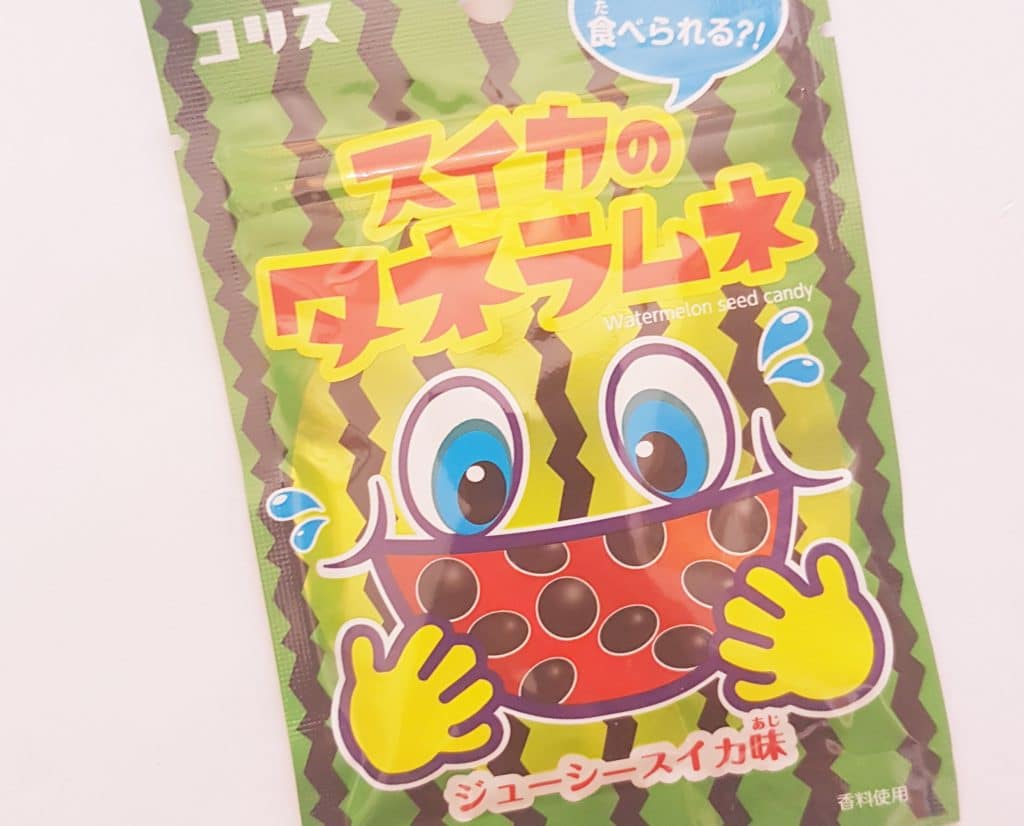 Coris Watermelon Seeds Ramune Candy. Ramune is Japanese soda pop, and the associated candy is very popular and comes in many different varieties. This one is watermelon flavoured, in honor of Kumamoto, which is where the best Japanese watermelons are grown.

Yaokin Lemonade Roll Candy. While there’s no particular region associated with this candy, Japan grows many types of citrus fruit. The sweet itself is one of those fun rolled up candy tapes, and it’s actually 50cm long! 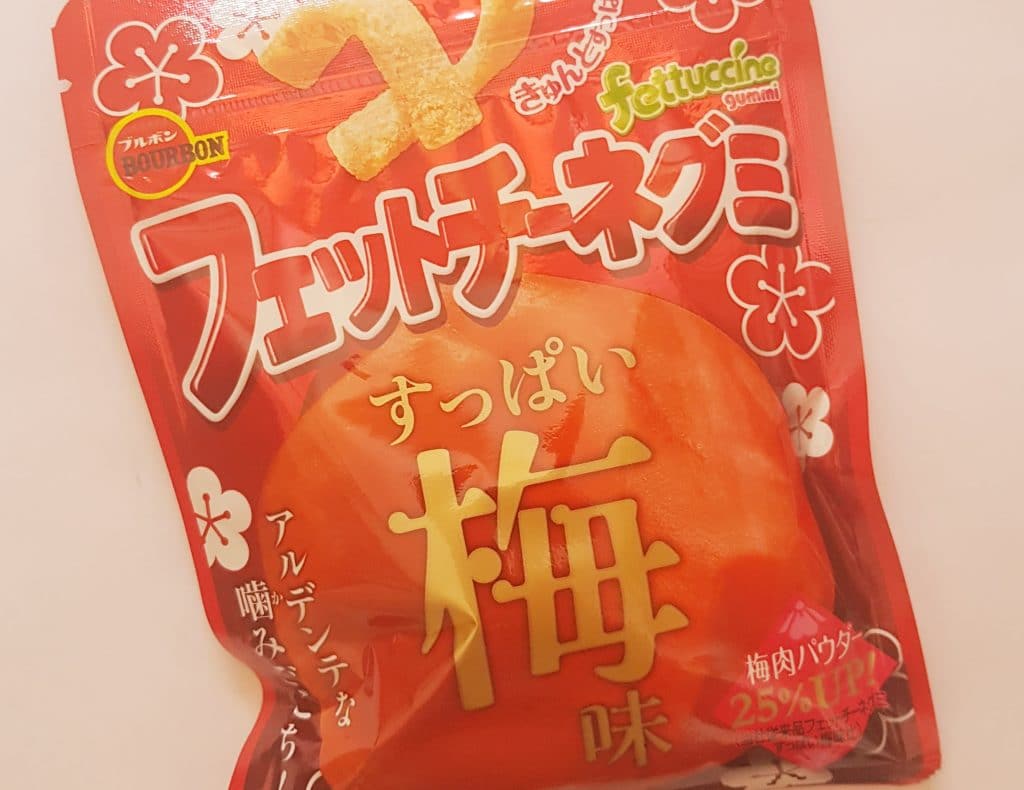 Bourbon Fettuccine Sour Plum Gummies. Sour plums are another Japanese specialty ingredient from the Wakamaya Prefecture. These candies have just the right amount of sourness to contrast with the sweet fruity taste. They’re called fettuccine because they have a similar shape to the pasta.

Sour Apple Paper Candy Strip. Of course this isn’t made from actual paper, rather the candy is very think and flat, like a sheet of paper, and it melts in your mouth with a sharp apple flavour. 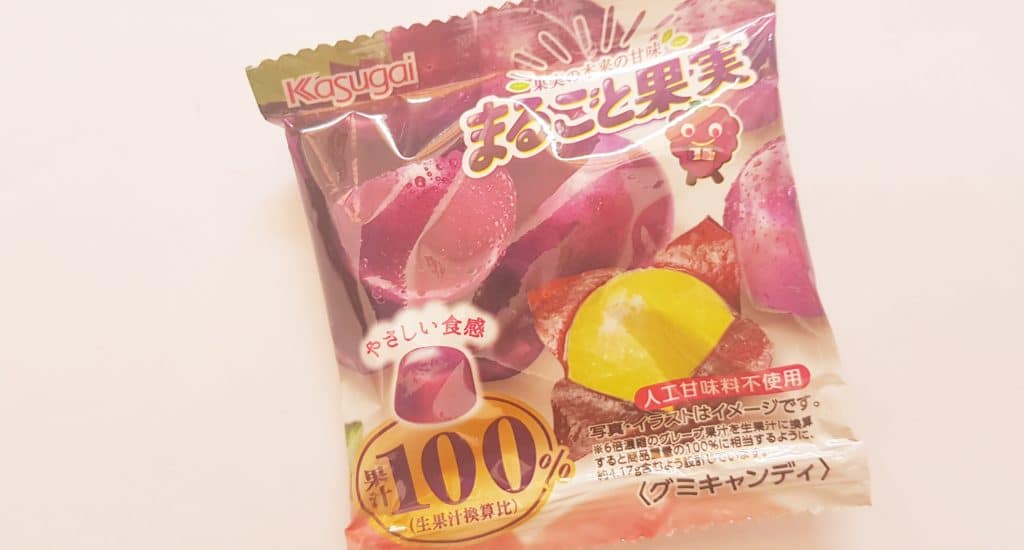 Kasugai 100 Fruit Juice Gummies. Just a lovely variety of gummy candy made from 100% fruit juice with no artificial colourings. 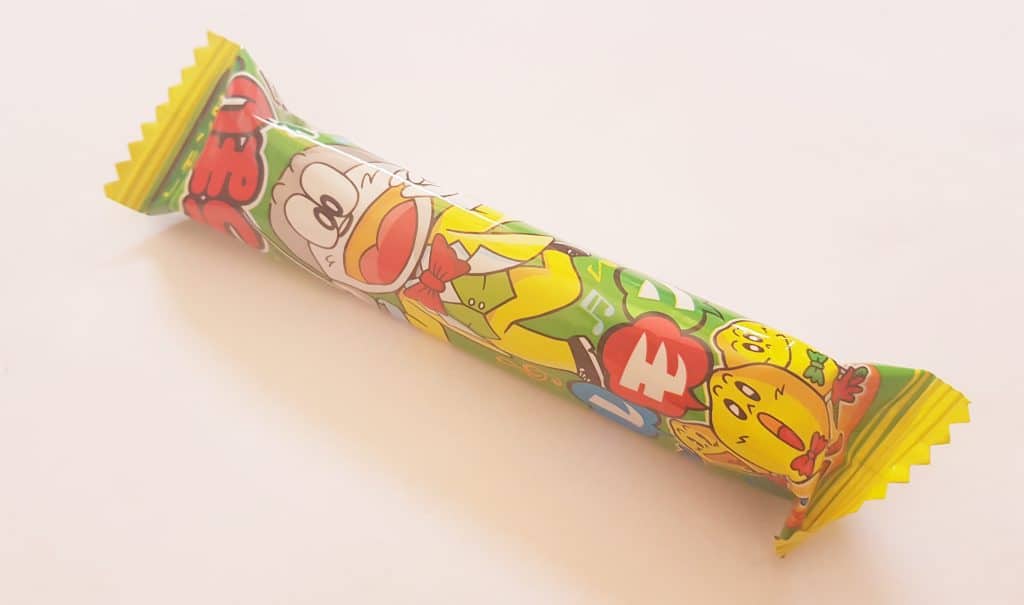 Umaibo Lemon Corn Puff. Umaibo is one of Japan’s most popular snacks, especially with children. It’s a corn puff in the shape of a stick, and comes in many different flavours. This one is Lemon flavor, celebrating the Setouchi region that grows many of Japan’s lemon varieties.

Orange Long Chew. Another citrus, this time for Mikan oranges, which are famous for their sweet and refreshing flavour. 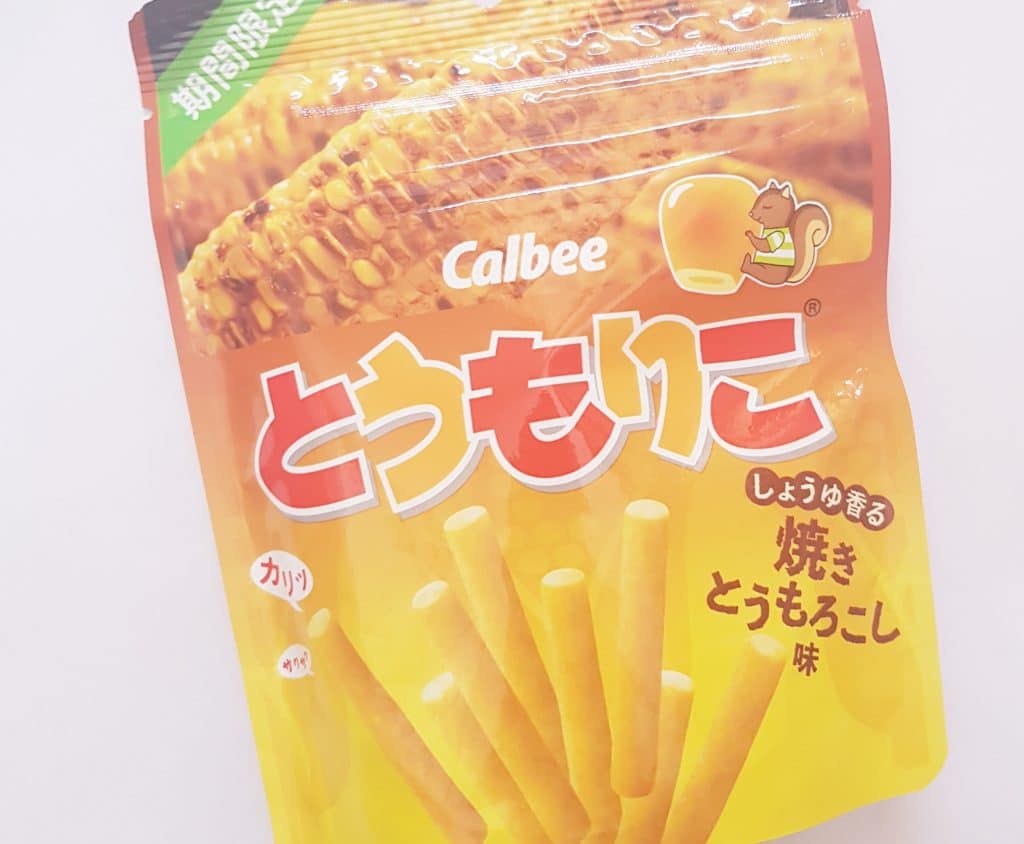 Calbee Tomoriko Roasted Corn Sticks. Hokkaido is famous for producing sweetcorn, which among other things is a popular street food. These crunchy corn sticks are reminiscent of roasted corn, and also have a delicious sweet soy flavour. 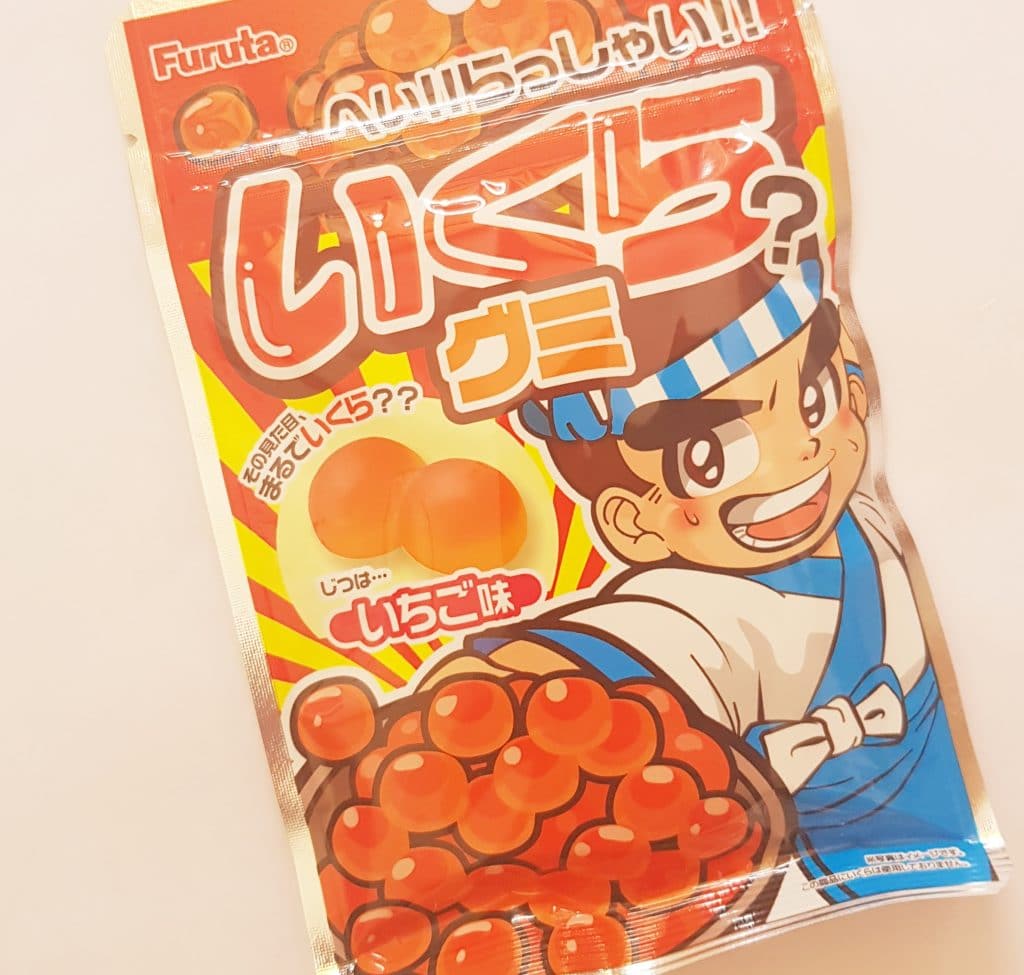 Strawberry Caviar Gummy Candies. Of course these aren’t actual caviar, but instead they are made to resemble it, an ingredient that is frequently used as an ingredient in traditional sushi and sashimi.  Fortunately the flavour is entirely delicious strawberry!

I think this is a fun theme for this month, especially when you realise just how may things are grown as a speciality of Japan. My only slight reservation is that there is only one savory snack this month, though it is a delicious one, Japanese roasted corn is yummy! I love ramune candies too, and I've not tried watermelon flavour before. Same for the Umaibo, it's one of my favourites and while the lemon flavor is definitely more unusual it tastes really good. This is a such a fun way to taste candies that may be a little familiar in form, such as gummies, but in flavour and format are unique!

How would you rate Japan Candy Box ? 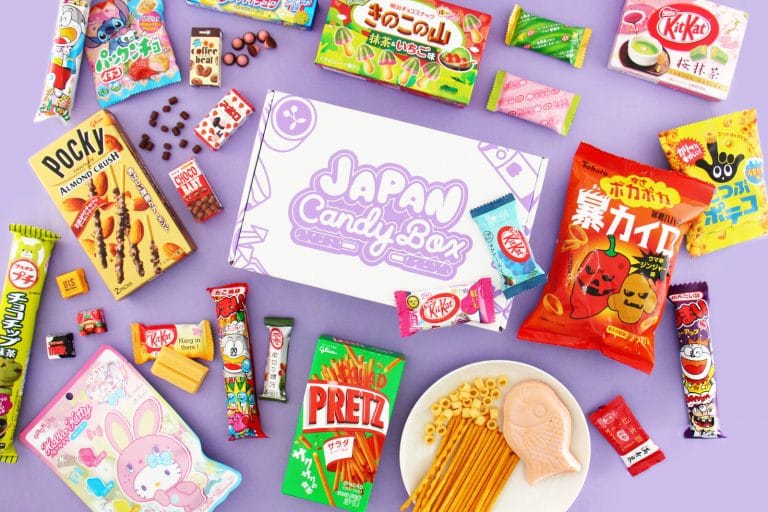 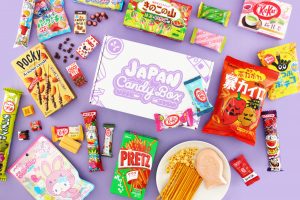