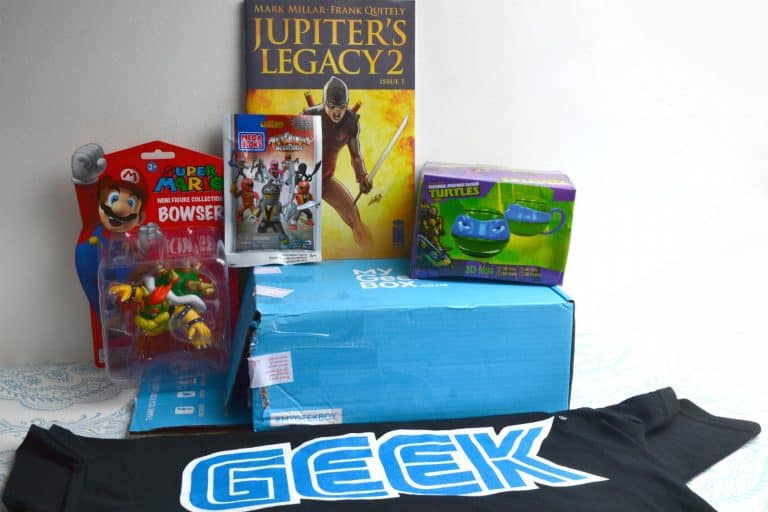 My Geek Box dropped through my letter box a little bit battered in July. According to the stickers it was found open by the post-office but the boxes are always very sturdy and well put together. I’ve never had problems in the past so it was probably an unfortunate one-off. Maybe Thor got a part time job sorting boxes at the post-office. Luckily nothing was missing or broken because I would’ve been sad not to get the contents! 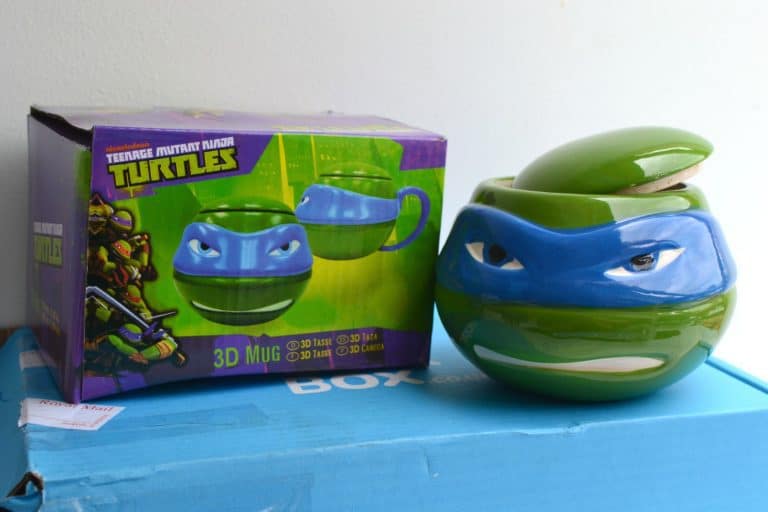 The thing that really caught my eye when I pulled open the box this month was this 3D Teenage Mutant Ninja Turtles mug that depicts Leonardo. I mentioned in the review of last months My Geek Box about how much I love mugs but I’ve never seen Teenage Mutant Ninja Turtles. This mug is making me need to hunt down a DVD or something. It’s so cool! And that lid is super useful for keeping tea at that perfect drinking temperature for longer. 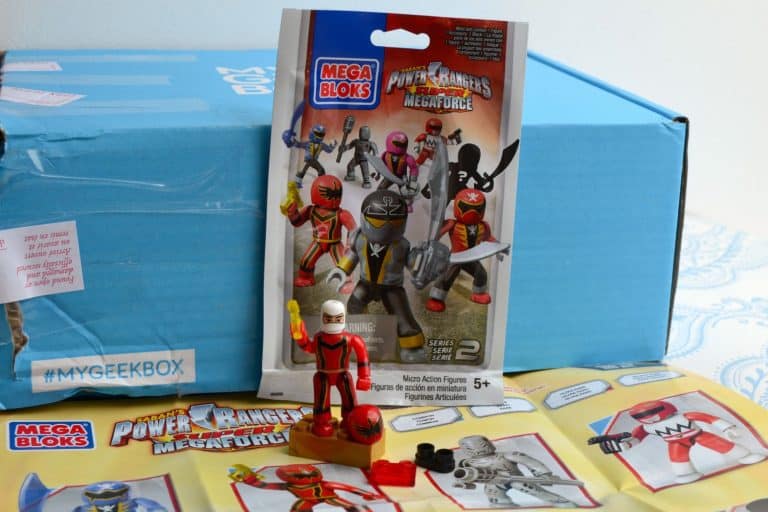 This Power Rangers Super Megaforce Mega Bloks took me longer to put together than I’m willing to admit as an adult. He’s a sturdy little guy though with a removable helmet and two pieces that, if you collected the whole gang, would make up a separate action figure. I’m not a fan of that extra gimmick but I really like putting things together like this. Action figures should be interactive and fun! 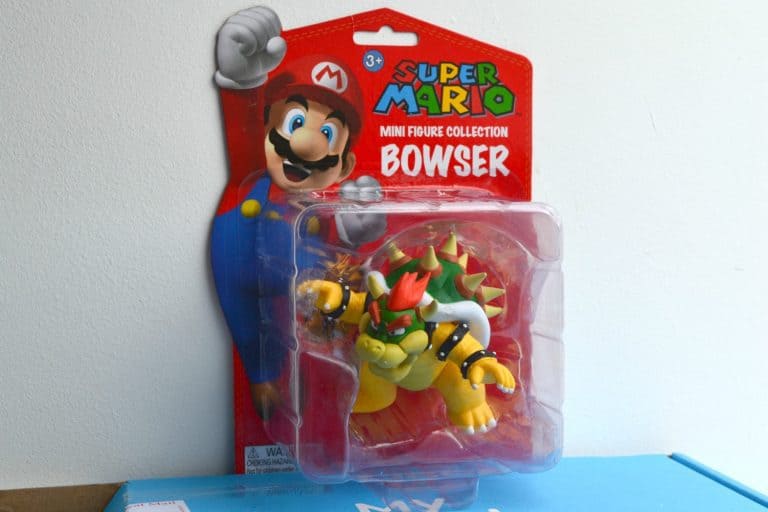 Speaking of fun, the other action figure was this Super Mario Bowser that claims to be a mini figure but is still about the size of my fist! He’s a scary lookin’ dude with all those spikes but he isn’t too bad to the touch. You still wouldn’t want to give him to the kids, or step on him though! It’s probably best to keep him on a high shelf far away from Princess Peach. 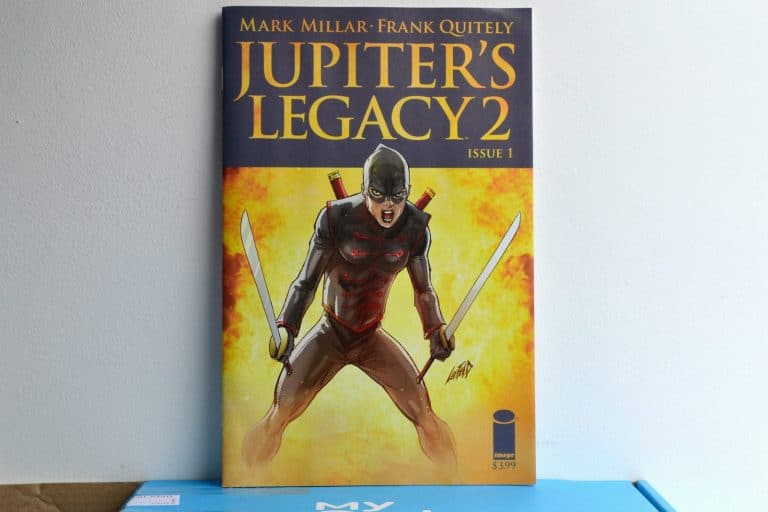 I haven’t heard much about Jupiter’s Legacy or that there was to be a second one but a #1 issue is always a good addition to any geek box in my opinion. At the very least, you get a beautiful comic but there’s always the possibility that you’ll adore it and find a new favourite series! I’m hoping you don’t have to of read the originals to follow this because I love a good superhero story and that cover? Beautiful. Ninjas with swords always get my attention. 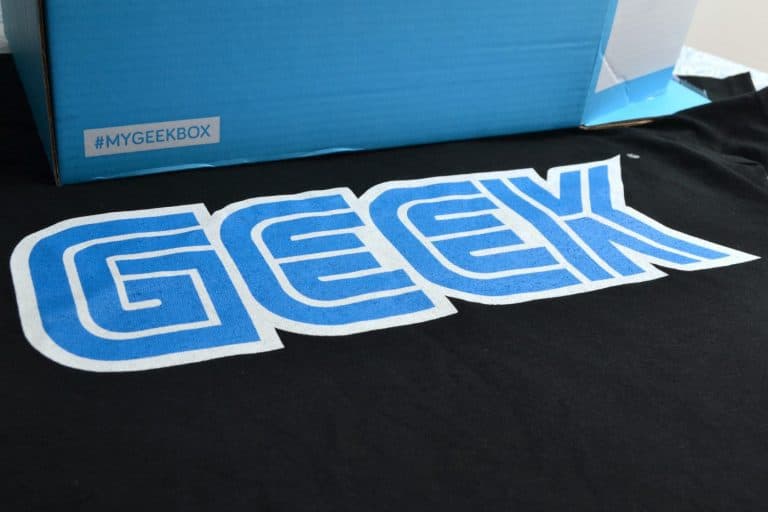 And the teeshirt of the month is this amazing Geek teeshirt in the Sega font. I love it so much. That familiar font brings up so many fond memories and makes it that little bit more geek-y. As always with the My Geek Box shirts, it fits really nicely and the graphic is really solid over the black. This is my favourite item from this months box!

Another fun box from My Geek Box! I do wish there was something that tied the items together though, it's still very much a mish-mash of different eclectic areas of being a geek. But a mug, a comic and an amazing shirt has me happy.