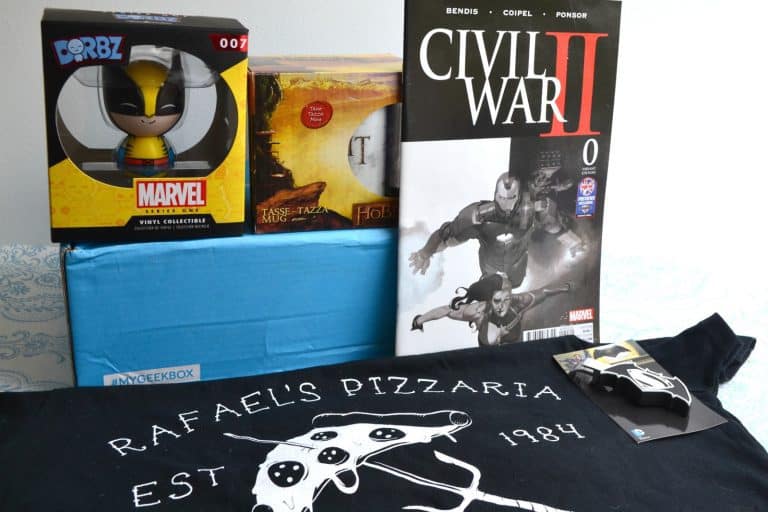 My Geek Box didn’t impress me in May, so I was sceptical when Junes box was delivered. Was it going to be more kids toys? Was the quality and selection going to be better? Was it going to be worth the £17.99 they’re asking for? In short, was My Geek Box going to up their game? Well, kinda. It turned out to be a fun box and the five items were much more appealing to me personally this month, but there’s no way this adds up to the £35+ worth they promise. But let’s have a look… 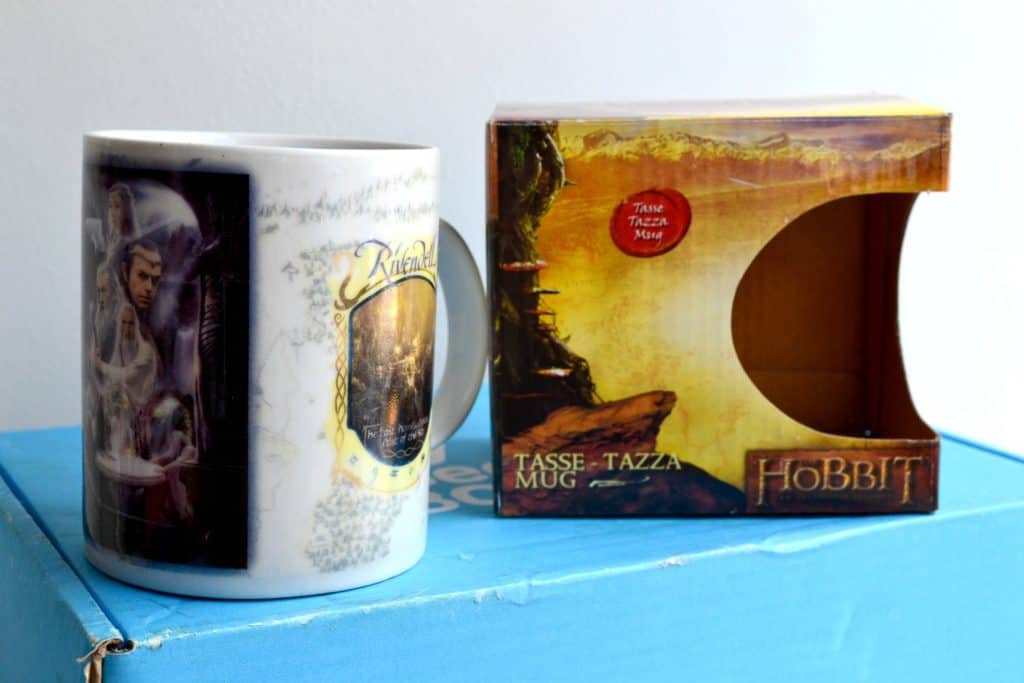 A The Hobbit mug. It’s a strange choice of things to collect but I love a good mug. And one of the things I majorly geek out over is the Lord of the Rings. Now technically this is a The Hobbit mug and has that title on the other side but adorned with Rivendell and that 90’s style movie poster, it’s won my heart. It’s sizeable too! You can get a good amount of tea in there. J.R.R. Tolkien would be pleased. 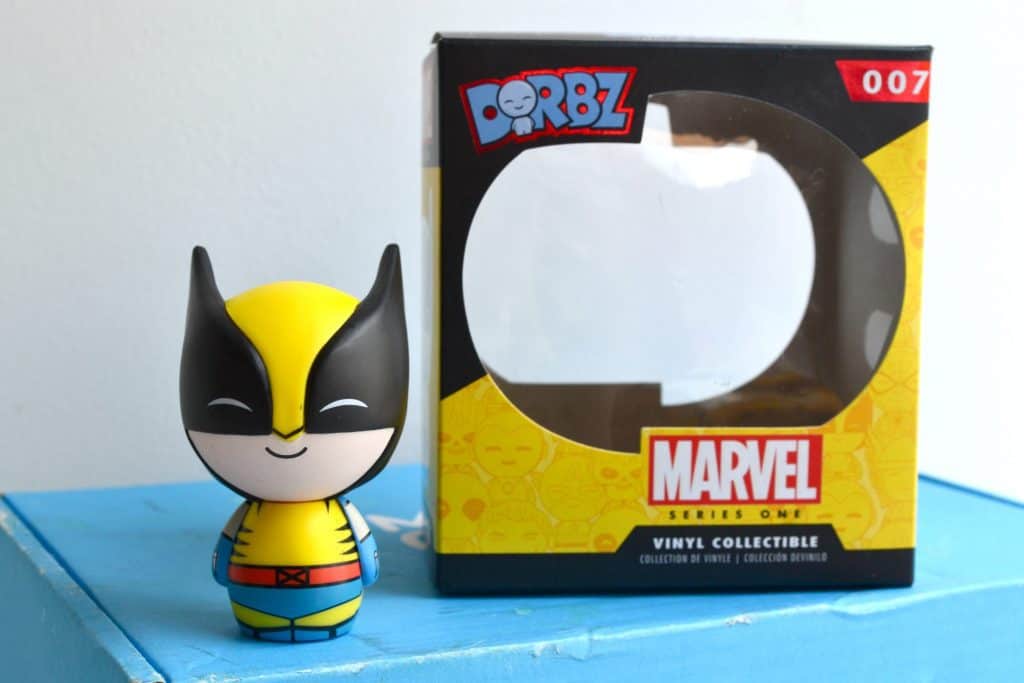 Funky Pops get a lot of attention but I actually love the Dorbz line. I mean look at this lil’ guy! Wolverine has never looked so happy. With his little original comics uniform and spiky helmet, Logan is welcome to protect my shelves with his adamantium skeleton and claws. A-dorbz-able. 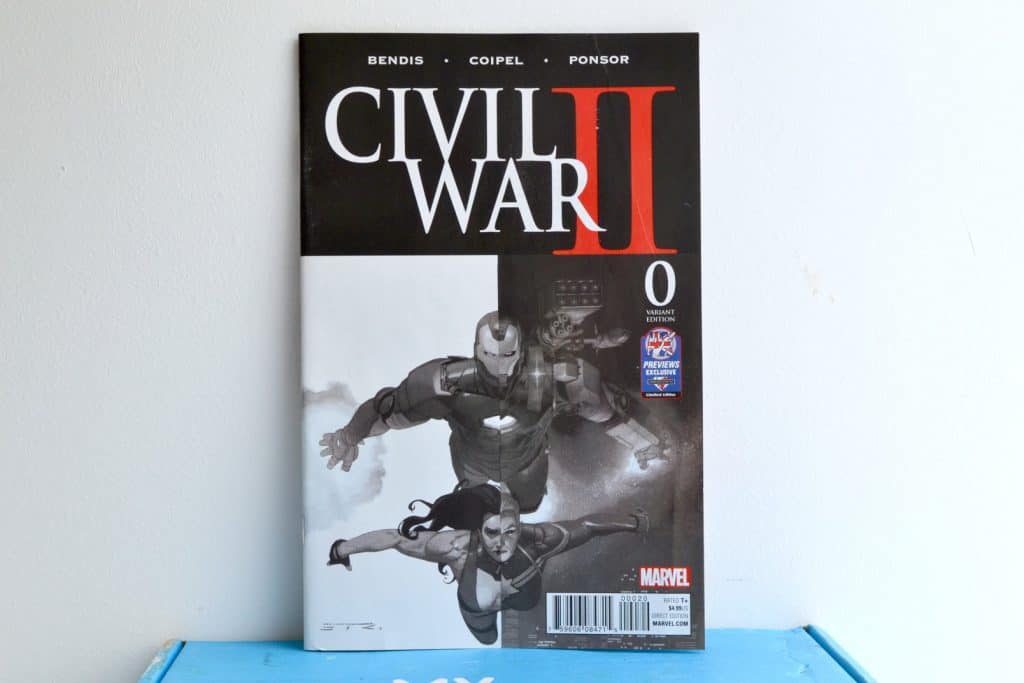 While we’re talking Marvel, let’s talk Civil War II! I feel like I should probably read the original Civil War before diving into this one but I think this is a great addition to the box. It’s current, it’s a nice variant and it’s not for kids. Score for My Geek Box. 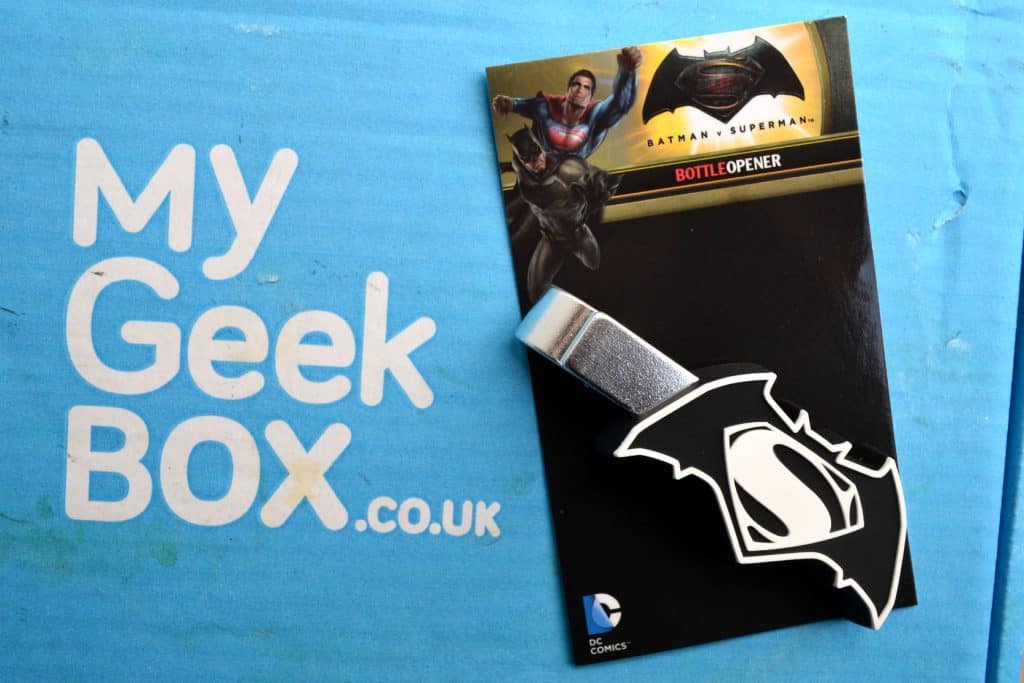 Despite Batman Vs Superman being a questionable movie at best, and the comic not being much better, I love Batman and Superman. Separately. So this mash-up bottle opener gets a pass. It’s super sturdy as well. The metal is solid, the plastic is firm and the whole thing feels really nicely made. A lot of bottle openers feel like a good beer might beat them, but not this one! Time to have a drink, for y’know, review purposes. 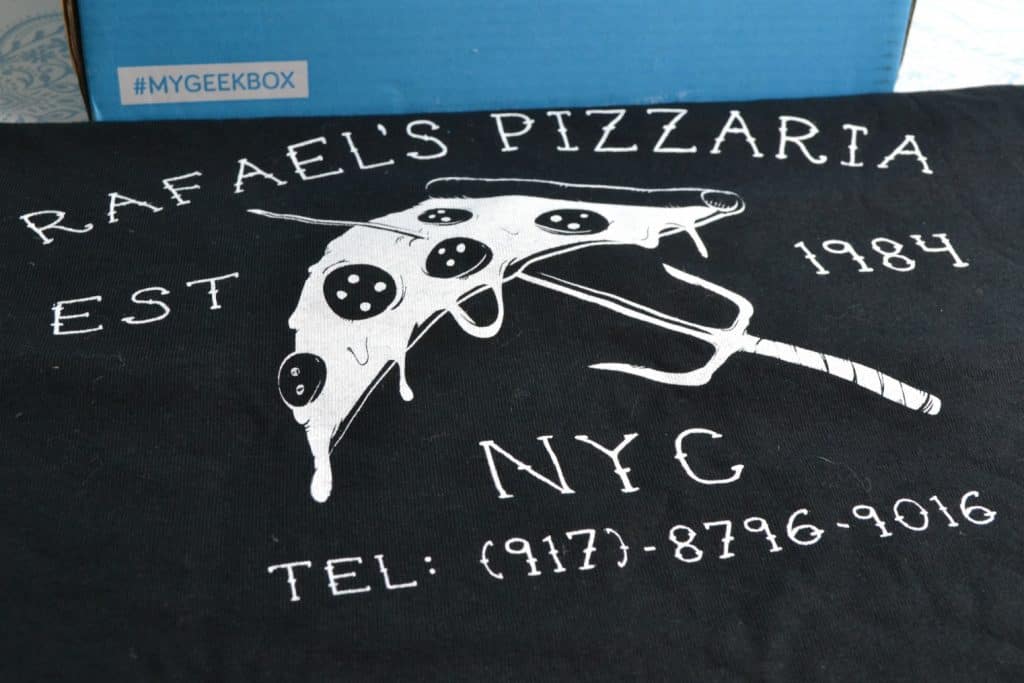 And lastly, this months shirt. I’ll admit, when I pulled out the teeshirt from this months My Geek Box, I had no idea what it was. So I took to Facebook where some Teenage Mutant Ninja Turtle fans gave me the scoop. TMNT was created in 1984, the knife is their signature sai, and this shirt spelt the characters name wrong. It’s Raphael, not Rafael. Hmm. Not sure how I feel about that.

My Geek Box did good this month! Everything is actually aimed at adults which I appreciate after last months box. Everything is pretty high quality with recognisable brands. A mix of Marvel/DC is always good. It would be a pretty spot-on box if it maybe had one more item to bump up the relative low cost of a comic/ bottle opener, and if the shirt had the proper spelling. We're geeks, we notice things like that!