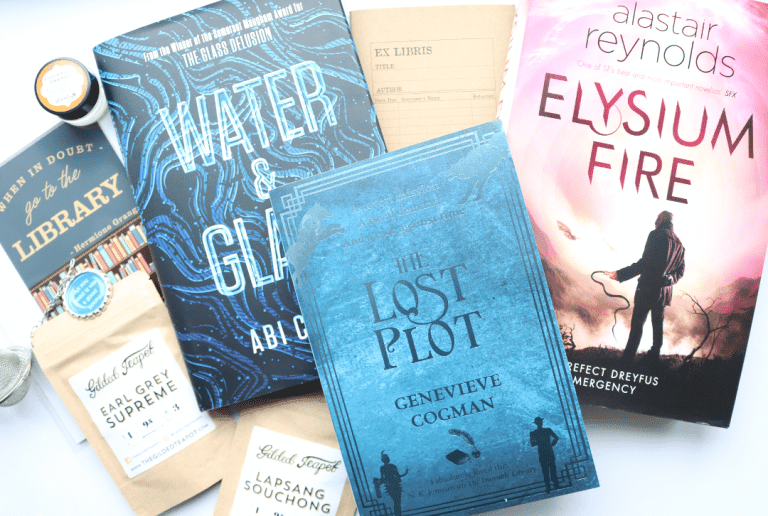 I’ve been an avid bookworm for most of my life and whilst I enjoy reading a variety of genres, I definitely have a preference for Science Fiction and Fantasy. I love discovering new novels and authors, so My Chronicle Book Box instantly appealed to me when I first heard about it recently.

My Chronicle Book Box is a quarterly box which currently offers two types of genre subscriptions; Crime and Mystery, and Science Fiction and Fantasy. They take the hassle out of searching for the newest authors and latest releases and specially curate a box that contains three top books, alongside a range of luxury hand-selected treats that go with the overall bookish theme.

In addition, they also seek out exclusive content from independent authors, suppliers and publishers, for their subscribers to enjoy, and the box offers excellent value for money as the combined total is far higher than the subscription fee when you take into the consideration the cost of buying the books separately. The subscription costs just £15 per month or £45 every three months, which includes free shipping within mainland UK. Shipping is also offered worldwide and is charged dependent on shipping costs to the specific location.

This is the first time that I’ve tried out a book subscription box and I was very kindly sent the February My Chronicle Book Box for the Science Fiction and Fantasy option. 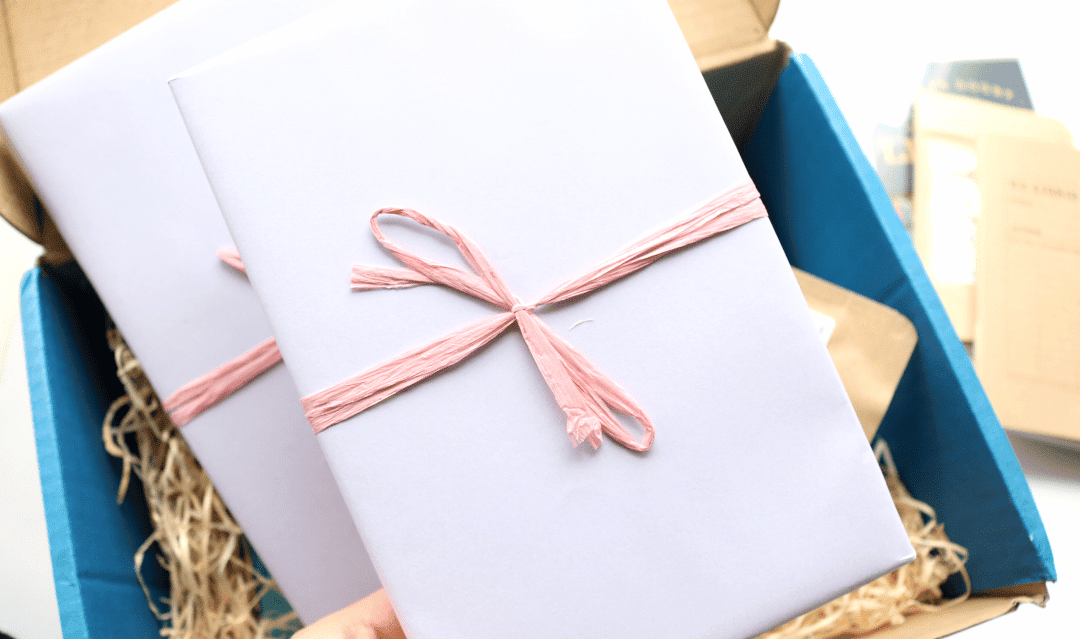 Whilst My Chronicle Book Box is a lovely treat for yourself, it also makes a wonderful gift for a friend or loved one. The books arrived individually wrapped and tied which I thought was really nice and make it even more exciting to open! But before I reveal the books, let’s take a look at the extra luxury treats first. 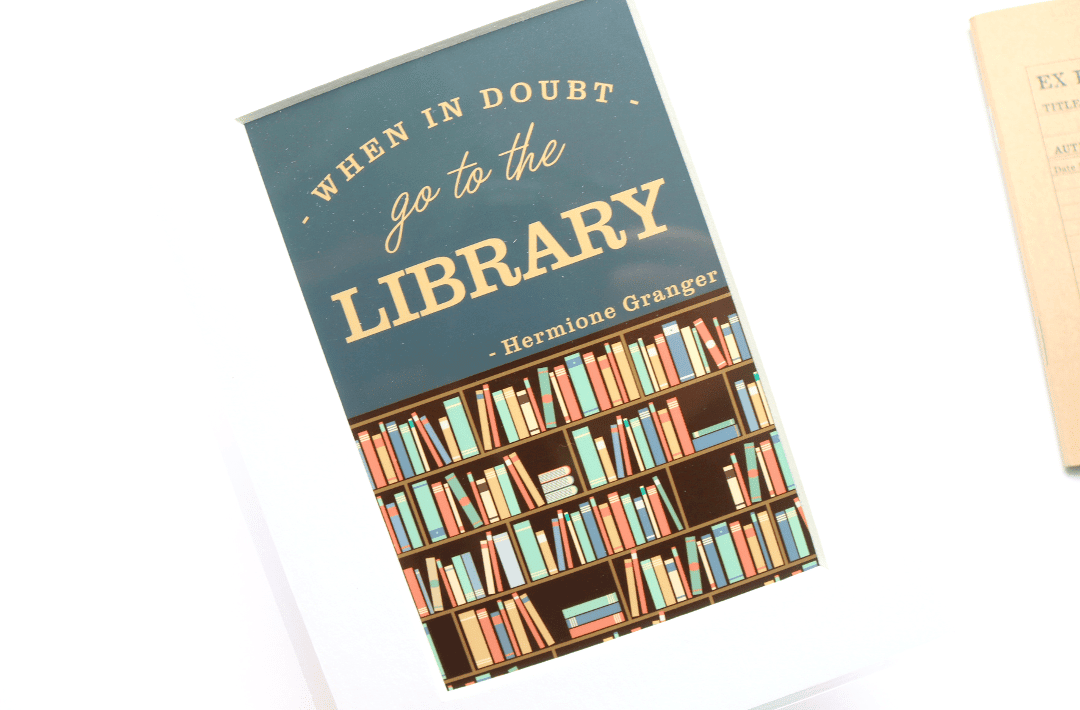 On top of the products, I found a lovely quality Boka Print which features a quote from Harry Potter’s Hermione Granger; “When in doubt, go to the library.” I couldn’t agree more! This is currently sitting on my bookshelf in between some of my favourites from J.K Rowling which is a perfect place for it. 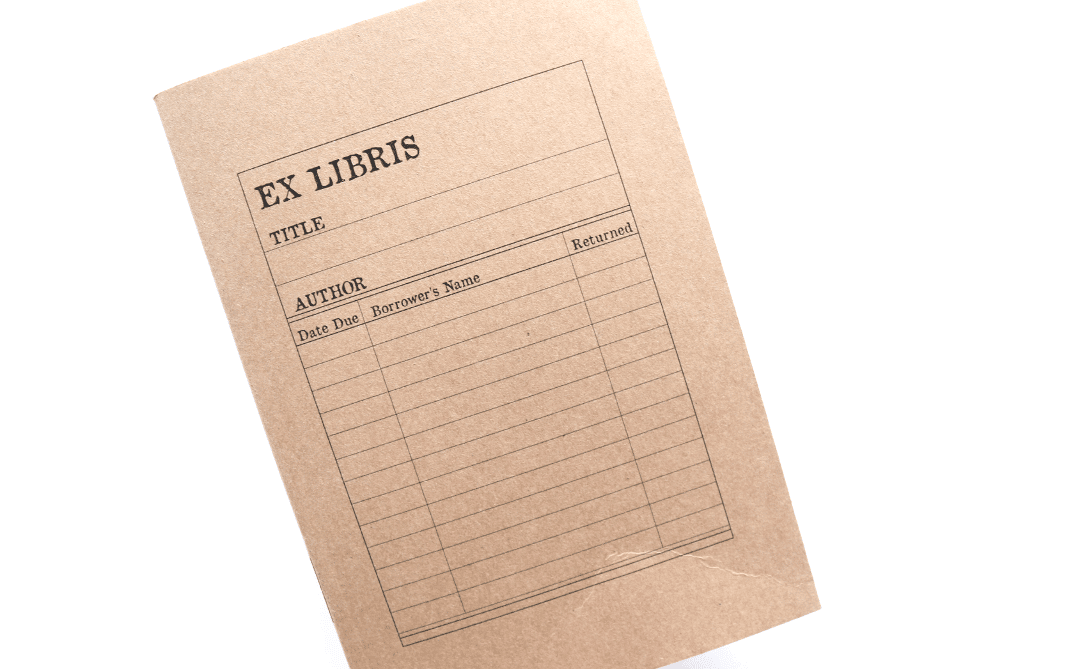 Next, I found a library card themed notebook which has been made exclusively for the box by Whirling World. The bottom has gotten a little creased during transit, but I don’t mind too much as I’m using it to jot down some book reviews that I’m doing for Uni, so it’s in my bag anyway! 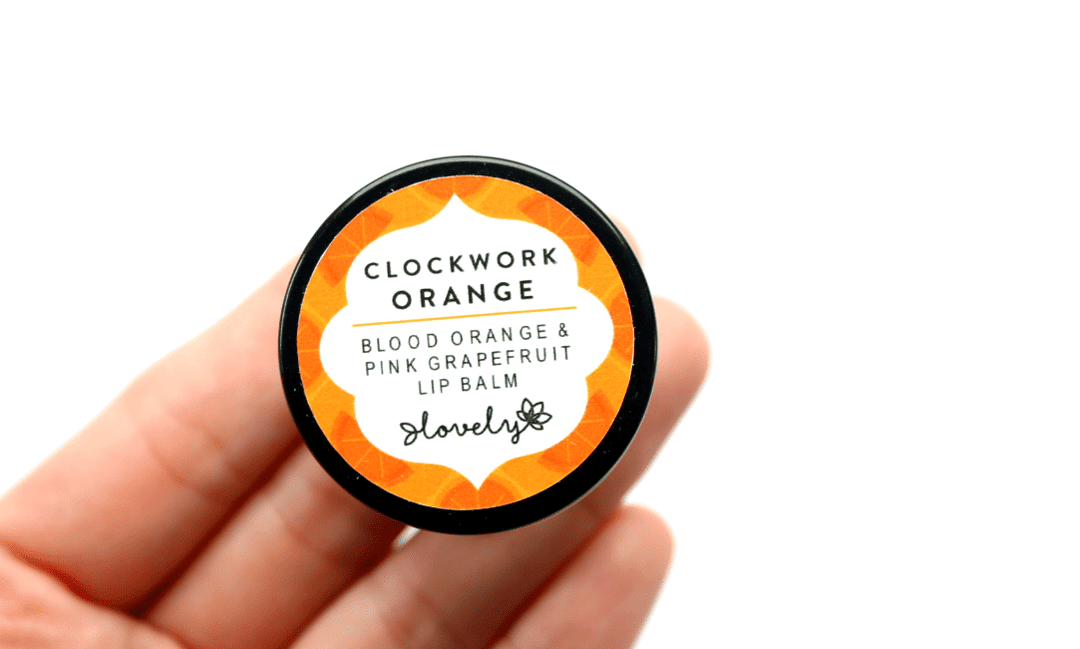 This lip balm from Lovely Cosmetics is a pun on the infamous novel, and it has a really nice moisturising formula to save and hydrate dry lips. Subtle and fruity, it’s made from all-natural ingredients which always gets a thumbs up from me. 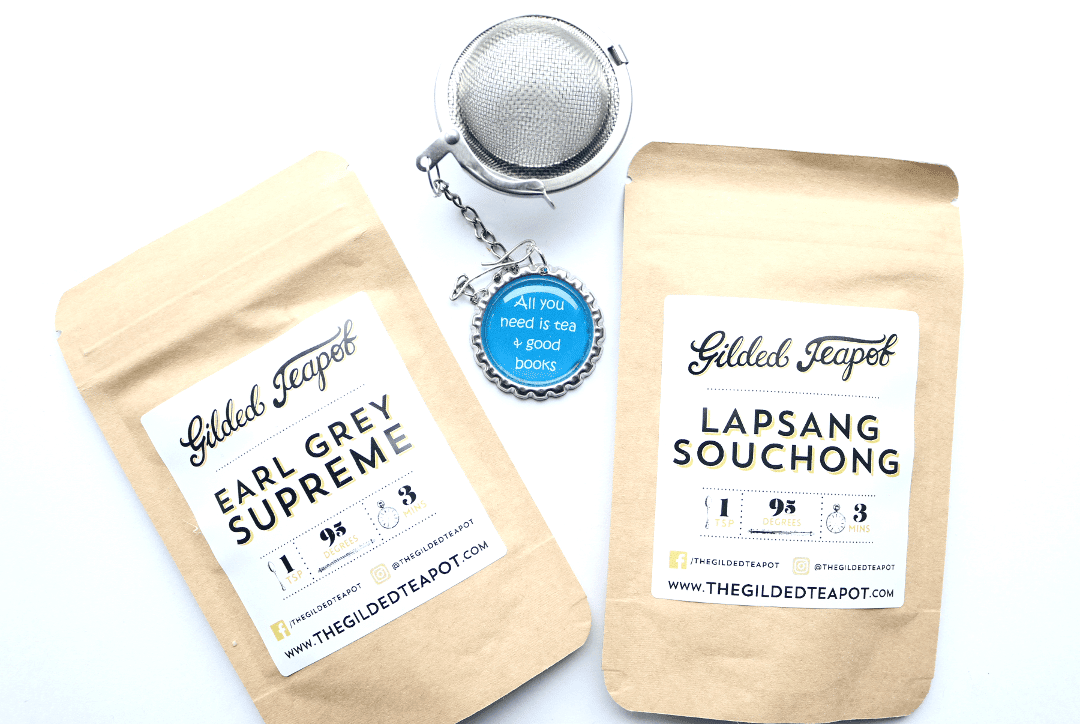 The last three extras are two taster packs of premium loose leaf tea from The Gilded Teapot in Earl Gret Supreme and Lapsang Souchong, and to complement those, there’s a unique Tea Ball Infuser that’s been made exclusively for My Chronicle Book Box by Sam at Home2Inspire. The teas both taste delicious and the infuser is super cute.

Now onto the books! 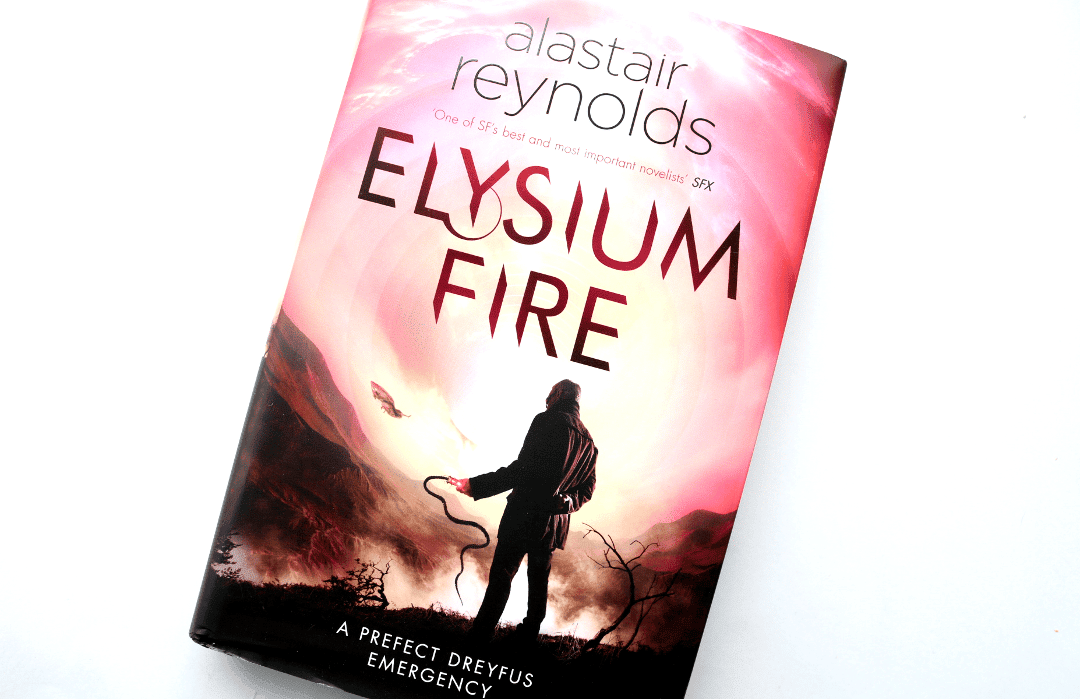 Blurb: Featuring Inspector Dreyfus – one of Alastair Reynolds most popular characters – this is a fast-paced SF crime story, combining a futuristic setting with a gripping tale of technology, revolution and revenge.

One citizen died a fortnight ago. Two a week ago. Four died yesterday . . . and unless the cause can be found – and stopped – within the next four months, everyone will be dead. For the Prefects, the hunt for a silent, hidden killer is on . . .

Alastair Reynolds has returned to the world of The Prefect for this stand-alone SF mystery in which no one is safe. The technological implants which connect every citizen to each other have become murder weapons, and no one knows who or what the killer is – or who the next targets will be. But their reach is spreading, and time is not on the Prefects’ side.

I’ve heard of the author Alastair Reynolds before, but I haven’t gotten around to reading any of his books yet, so this looks like a good starting point, especially as it states that Elysium Fire can be read as a standalone story. It sounds like an interesting world and the kind of sci-fi that I’m into, which is really promising. 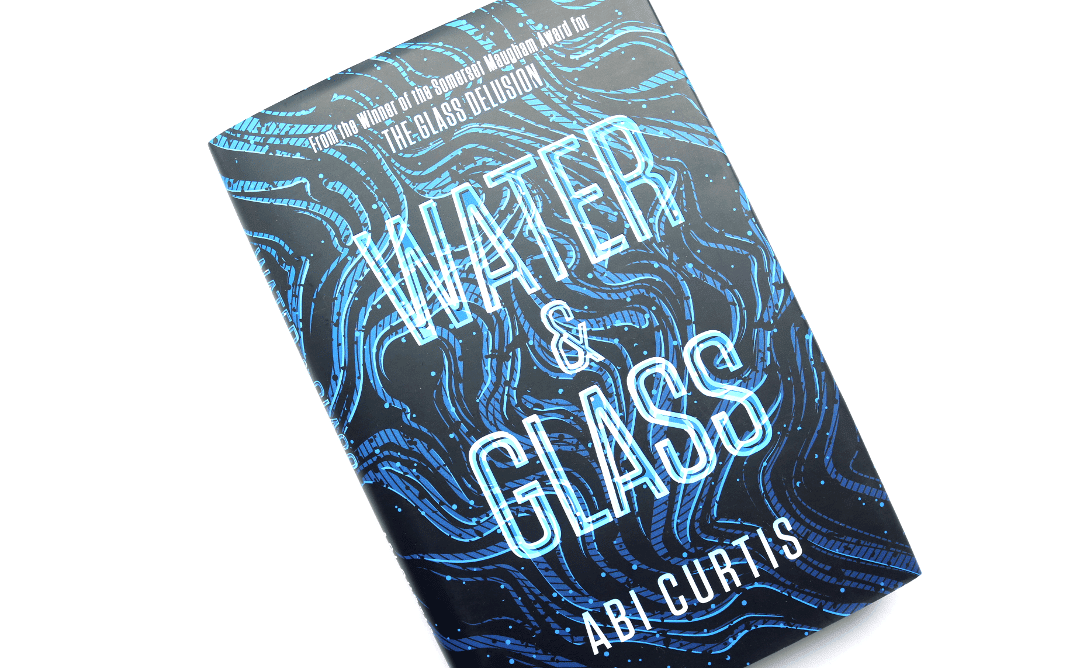 Blurb: In the lower depths of a massive submarine, ship’s zoologist Nerissa Crane takes an ultrasound of a heavily pregnant Asian elephant. The elephant conceived off-ship but, it transpires, was forced on board – along with Nerissa and a hastily assembled collection of humans and animals – by an apocalyptic environmental disaster that has flooded the earth.

Nerissa is calm and solitary in her work and in navigating the trauma of her husband’s presumed death in the floods; but when one of her animal charges escapes, she is reluctantly forced to enter the ship’s thrown-together communal world where she uncovers a shocking conspiracy that causes her to question who and what she is. Water & Glass is a thrilling dystopian tale of human nature – and the animal world – under immense pressure and in enclosed spaces.

The second book is another hardback and I’m impressed as this has only recently just come out – hot off the press! I’m not familiar with Abi Curtis, however, this book sounds absolutely fascinating, especially as I’m obsessed with environmental dystopias! My Chronicle Book Box also included a signed bookplate sticker by the author which I thought was a really nice extra touch. 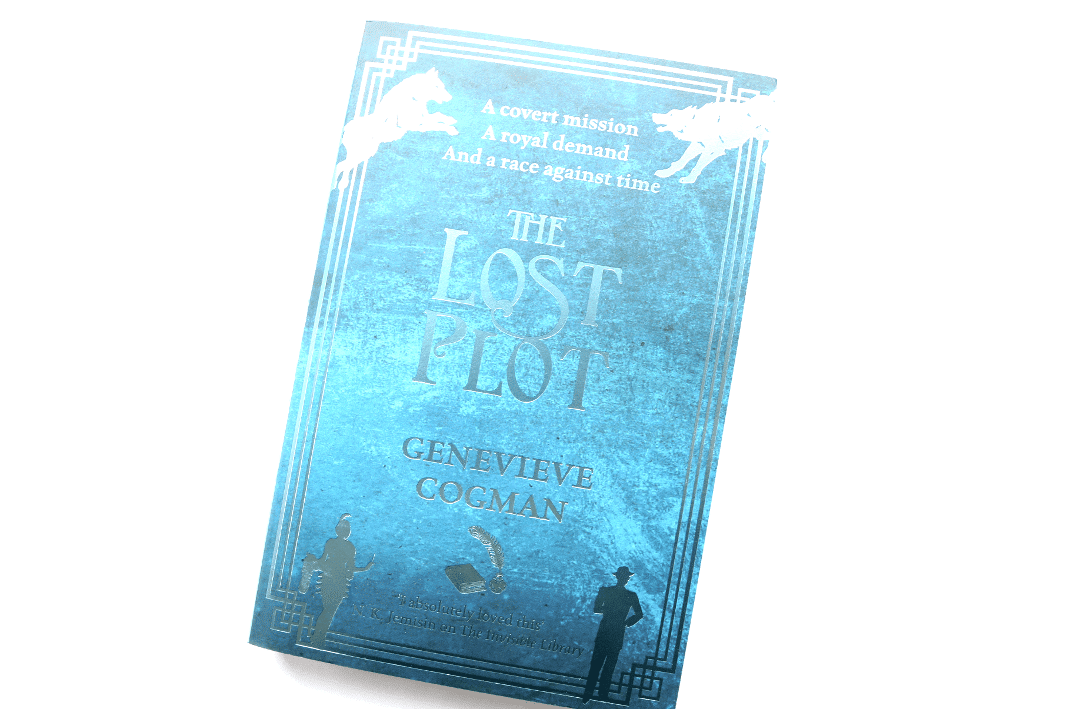 Blurb: The fourth title in Genevieve Cogman’s witty and wonderful The Invisible Library series, The Lost Plot is an action-packed literary adventure.

In a 1920s-esque America, Prohibition is in force, fedoras, flapper dresses and Tommy guns are in fashion, and intrigue is afoot. Intrepid Librarians Irene and Kai find themselves caught in the middle of a dragon vs dragon contest. It seems a young librarian has become tangled in this conflict, and if they can’t extricate him there could be serious political repercussions for the mysterious Library. And, as the balance of power across mighty factions hangs in the balance, this could even trigger war.

Irene and Kai find themselves trapped in a race against time (and dragons) to procure a rare book. They’ll face gangsters, blackmail and fiendish security systems. And if this doesn’t end well, it could have dire consequences for Irene’s job. And, incidentally, for her life . . .

The third and final book choice is a paperback by another author that is new to me. Genevieve Cogman’s The Invisible Library series seems very popular online, so I’m tempted to pick up the first book in this series to see how I get on before delving into this one. The author has also included a signed bookplate sticker which is awesome.

I'm really impressed with the book choices from My Chronic Book Box and I'm looking forward to reading all of the books that they've chosen for this genre! The luxury extra treats definitely help to give this subscription box an 'X-factor' too - perfect for anyone who enjoys reading!

How would you rate My Chronicle Book Box ?