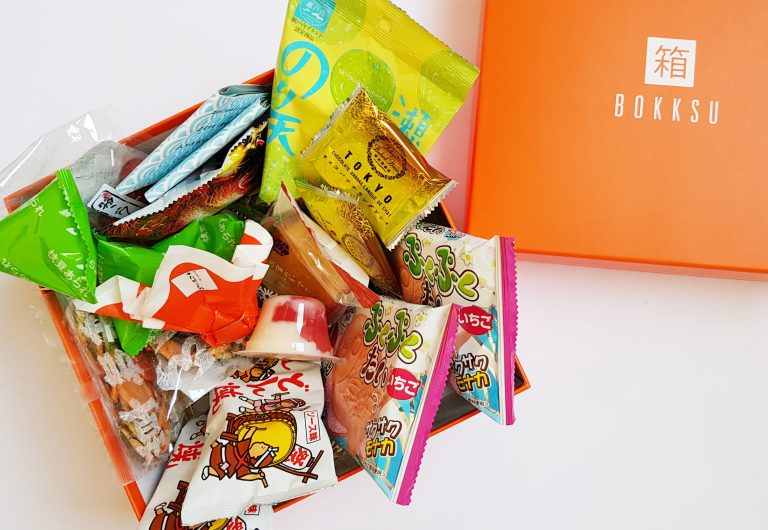 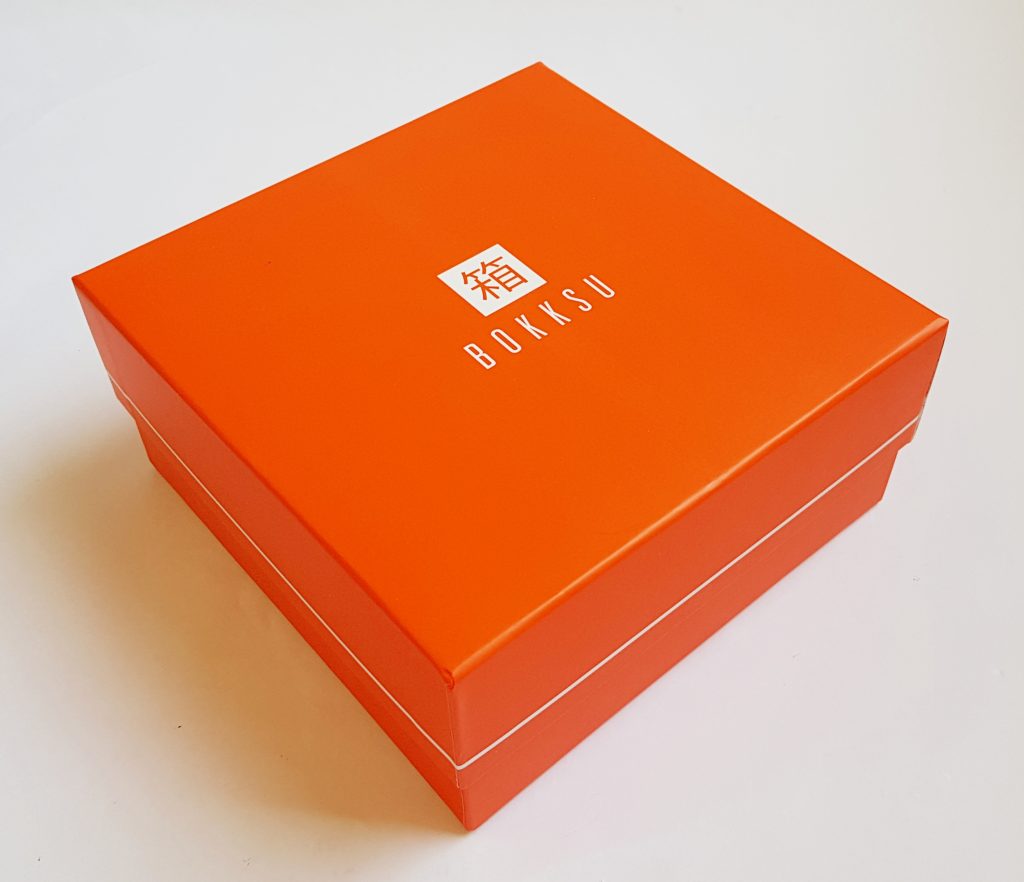 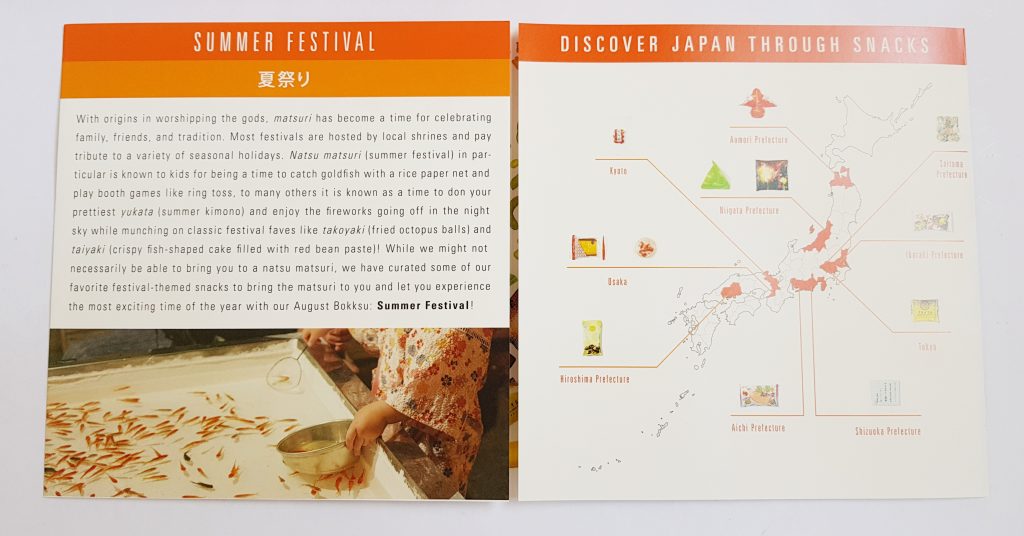 This month’s theme is Summer Festival. Very appropriate for this beautiful weather! 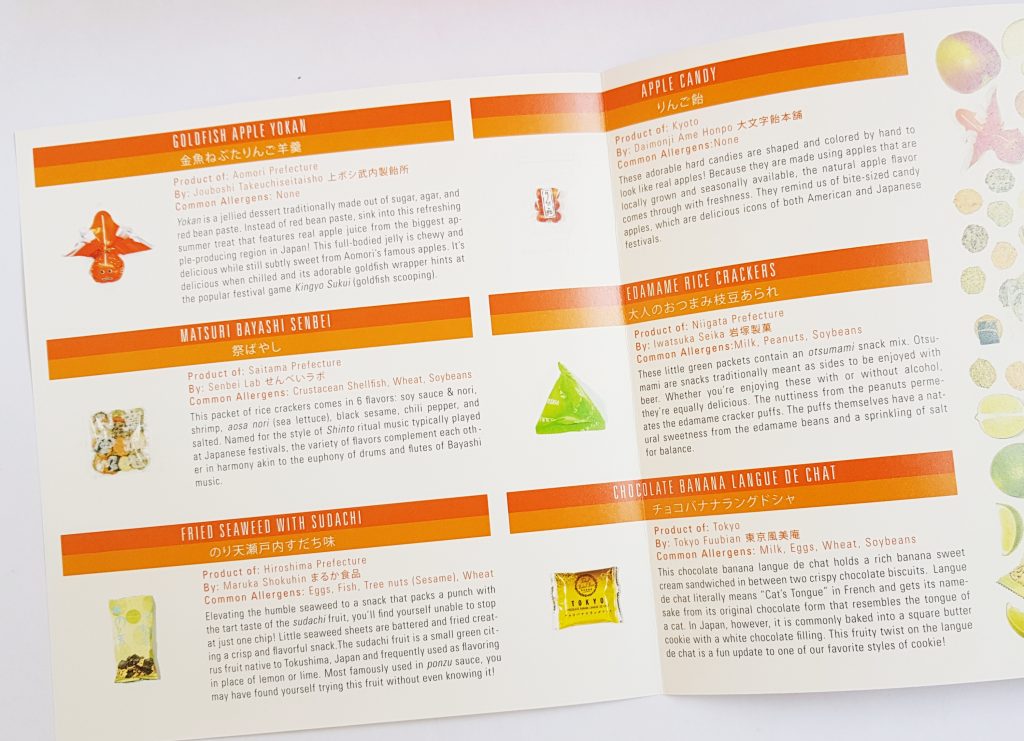 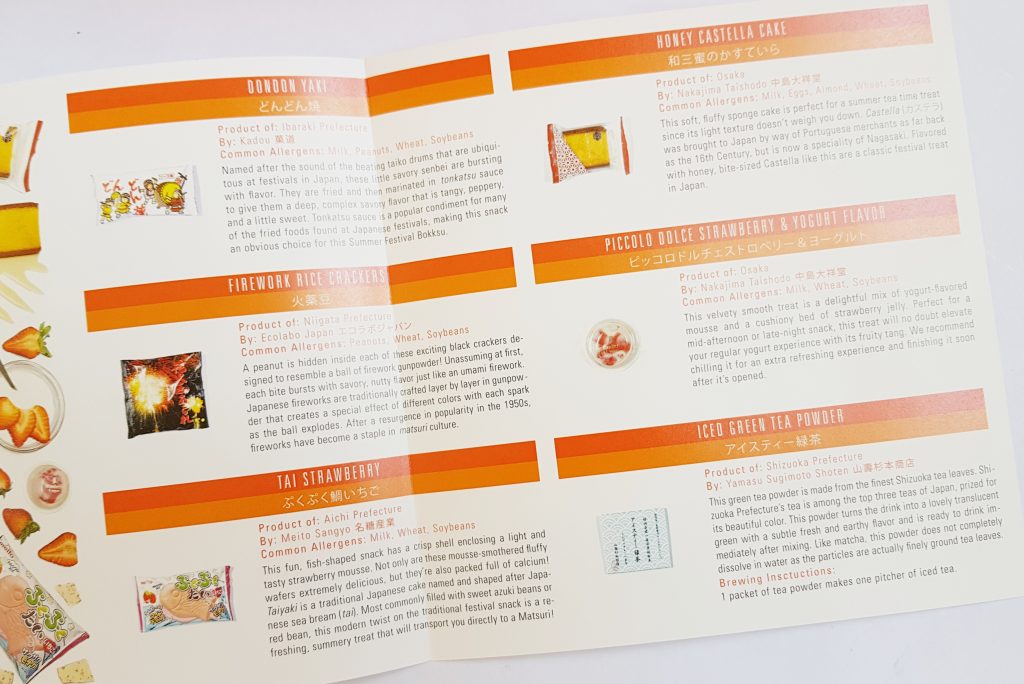 The menu is a big double foldout. I like the look of all these fruity and summery flavours! There’s also details about each snack, plus an allergy list. 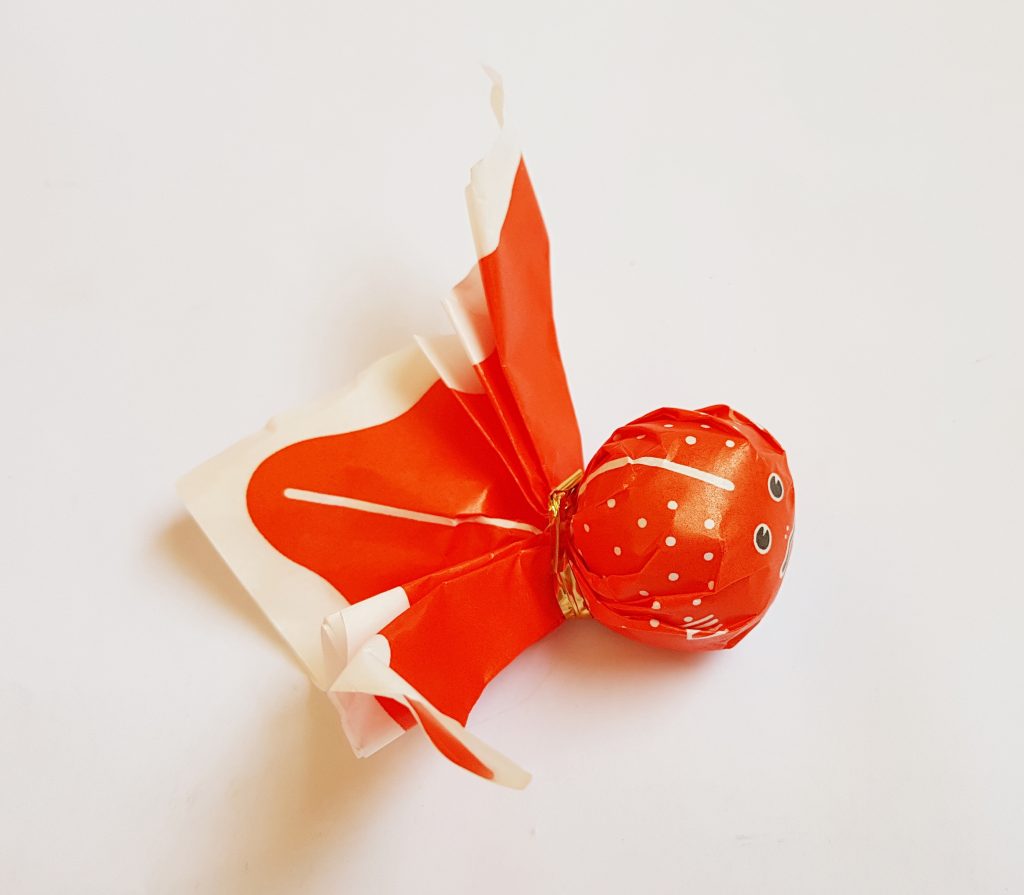 This is a Goldfish Apple Yokan. Yokan is a traditional Japanese pudding which is rather like jelly, made from red bean paste. This version is made from apple juice! The cute wrapper looks like a goldfish. 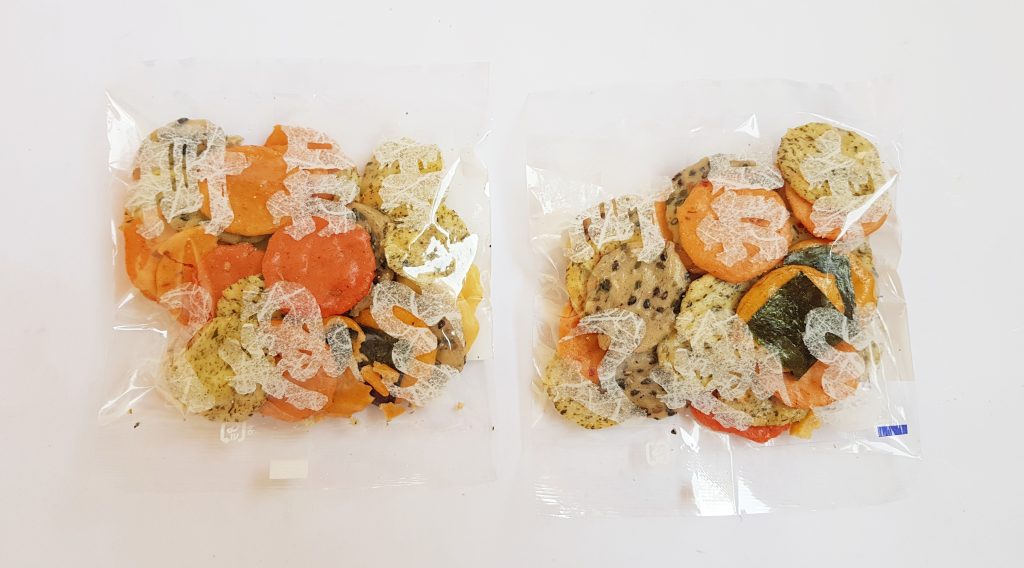 These are two bags of Matsuri Bayahi Senbei, which are rice crackers in various flavours. They contain shrimp, among other things, so not for me, but they are named after Shinto ritual music played at Japanese festivals. They also look really pretty! 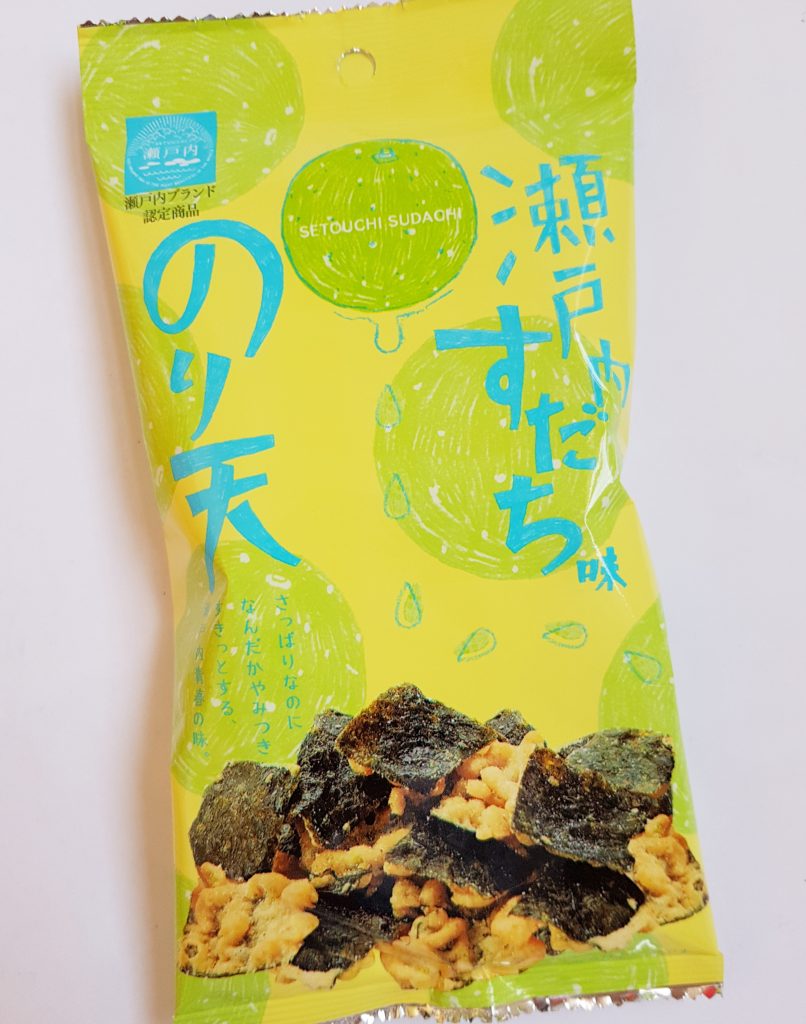 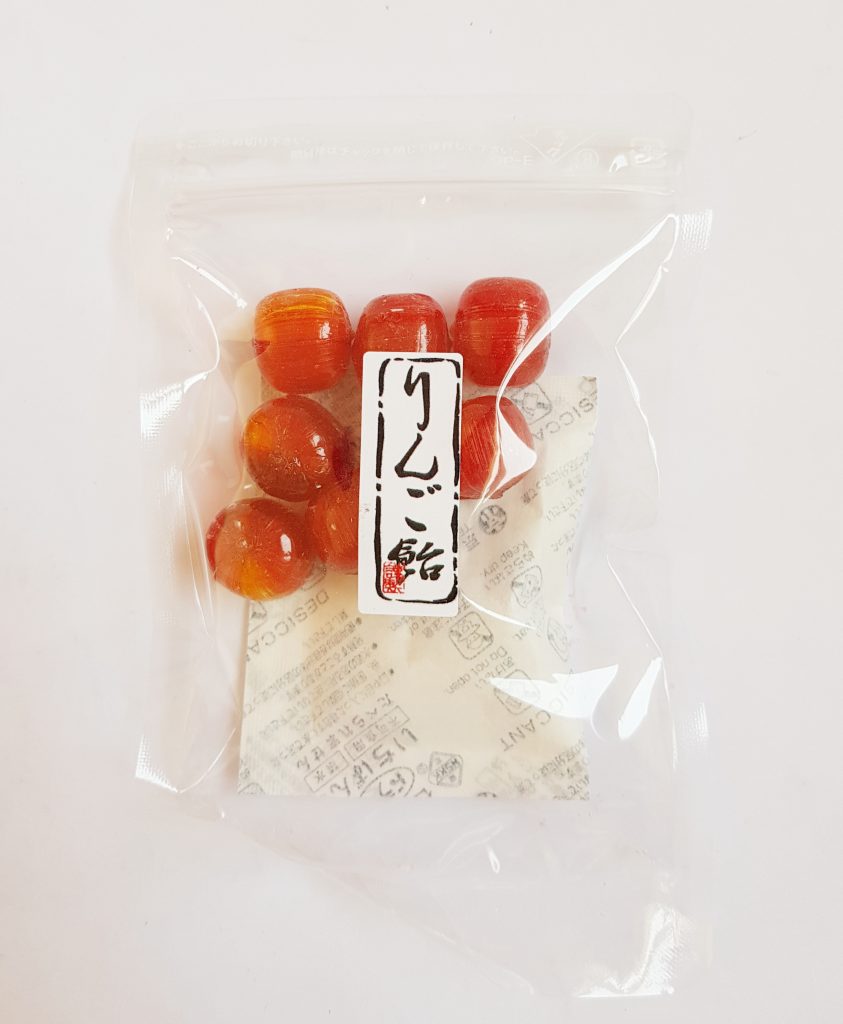 These cute things are Apple Candies, made with real apple juice and with a flavour reminiscent of toffee apples.

There are three little packages of Edamame Rice Crackers, which are mixed with peanuts for a salty snack. They’re often served with beer, though it’s not mandatory! 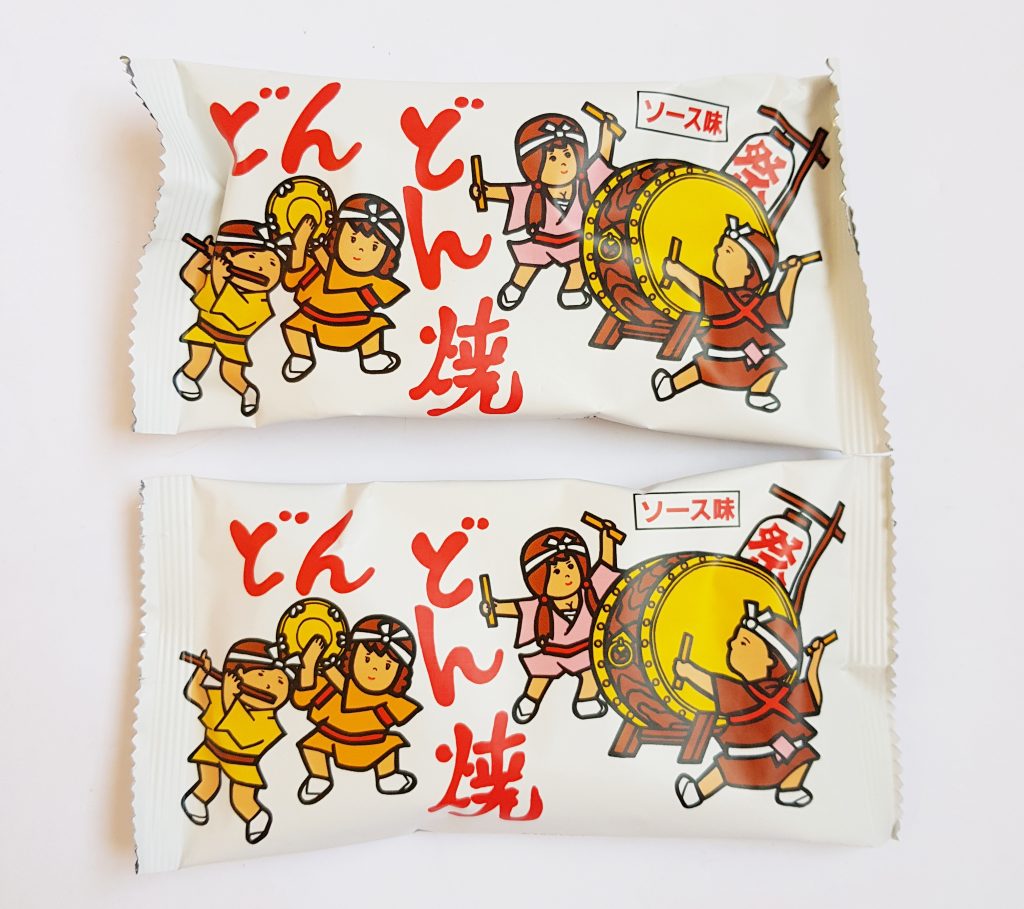 Dondon Yaki are tiny savory senbei which are coated in tonkatsu sauce. They’re crunchy and savory. Tonkatsu sauce is also a very popular condiment in Japan, and is used in many dishes and street foods. 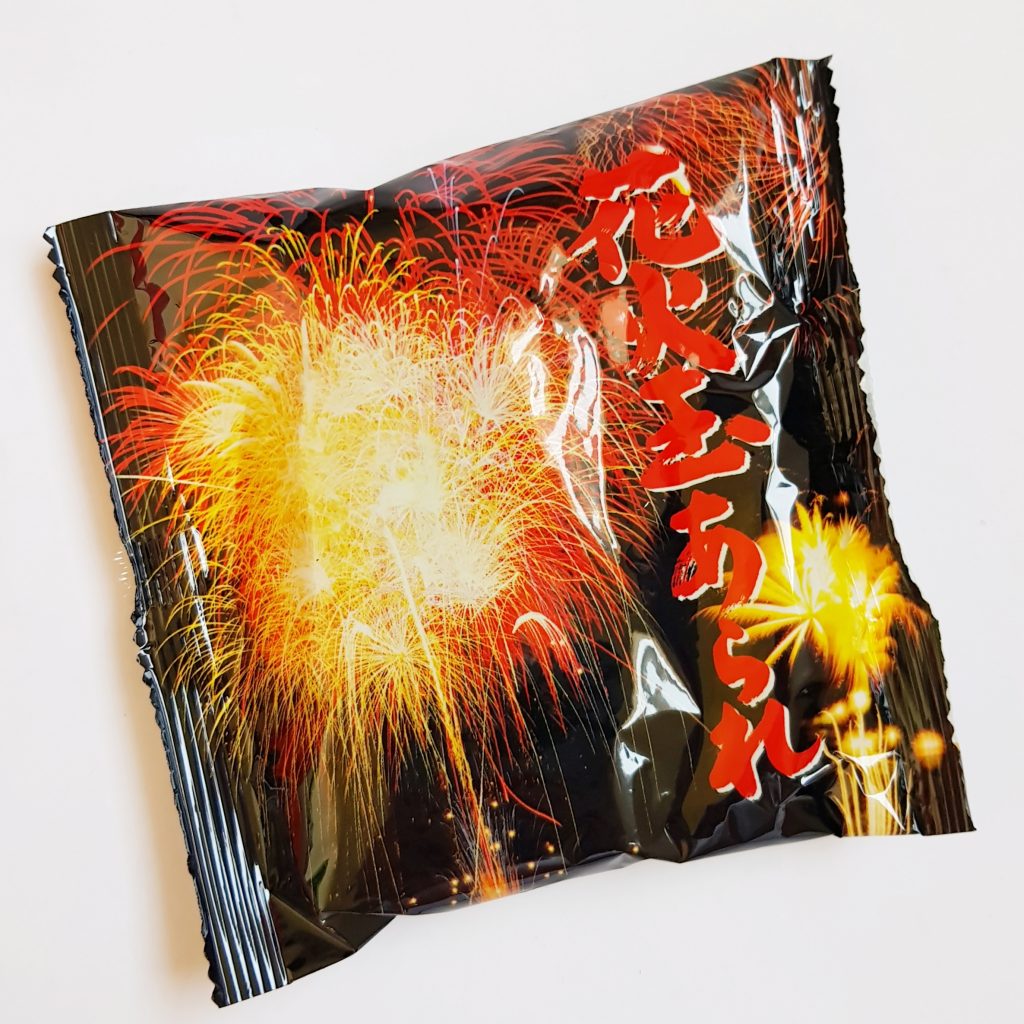 These are Firework Rice Crackers, perfect for this Festival-themed box! These snacks are peanuts covered with rice cracker, and have a deep umami flavour. 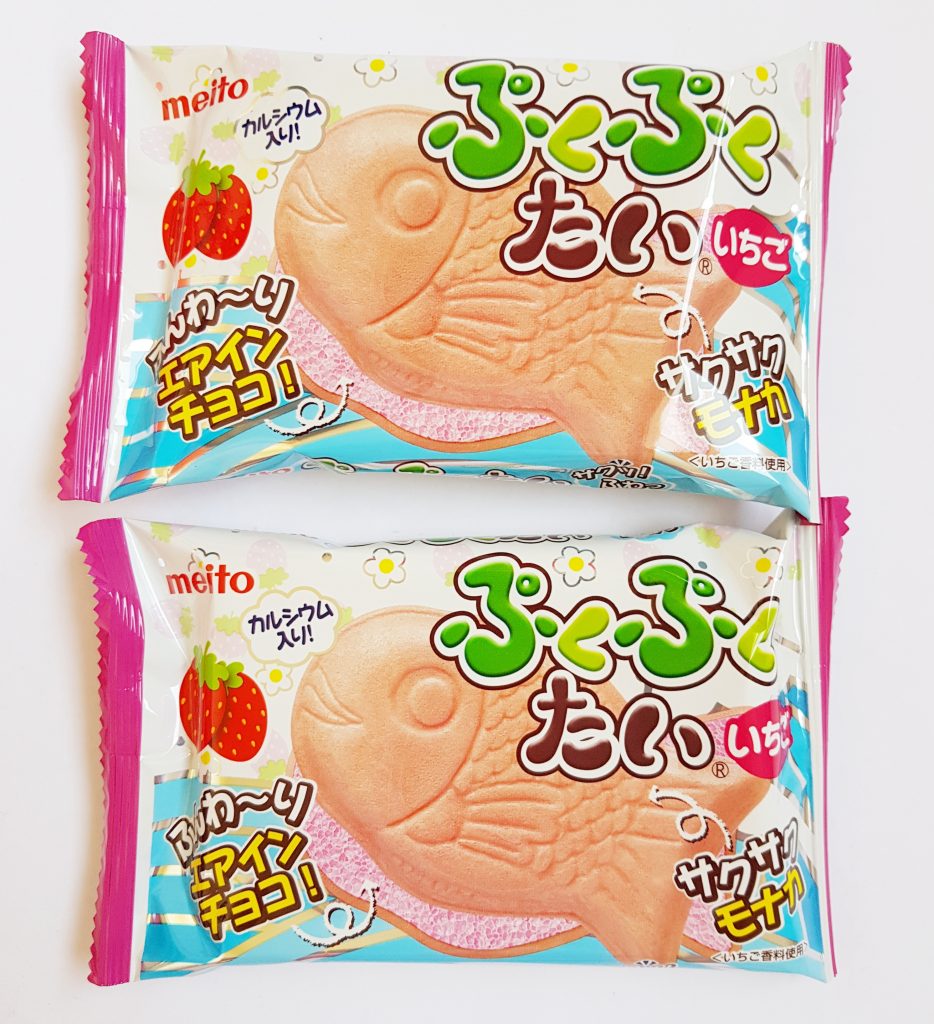 Tai Strawberry are one of my savory snacks! This is a candy version of a popular festival snack, a fish-shaped wafer filled with delicious bubbly strawberry chocolate. 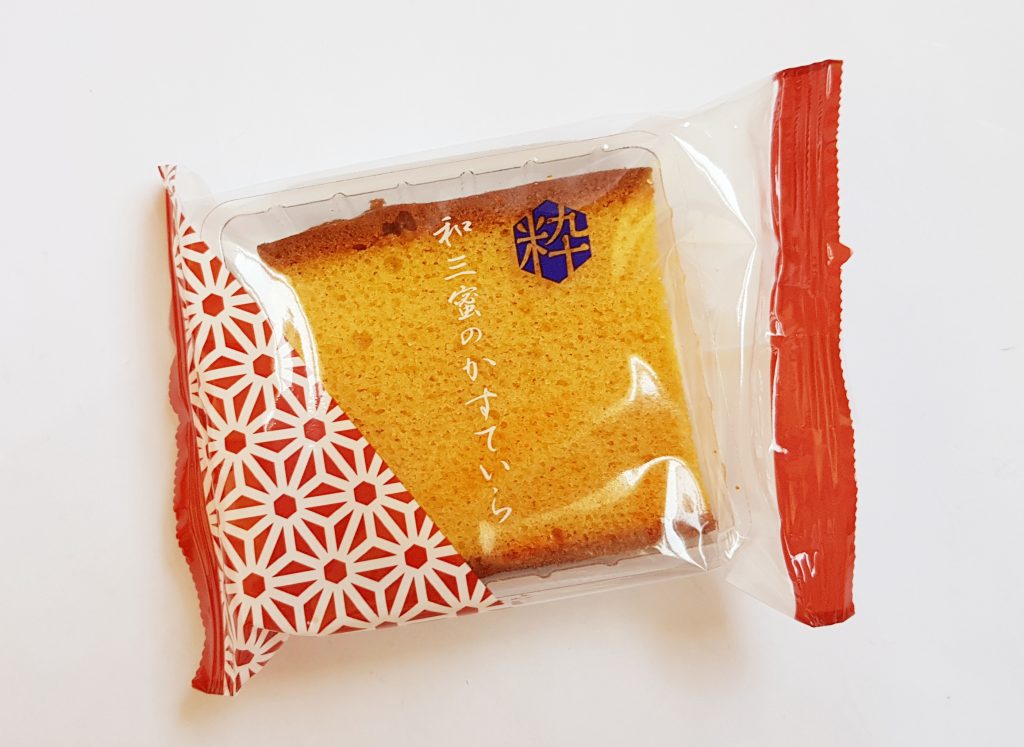 Honey Castella Cake is another traditional festival snack, and is a light and fluffy sponge cake flavoured with honey. it’s amazing how it stayed fresh in the packaging! 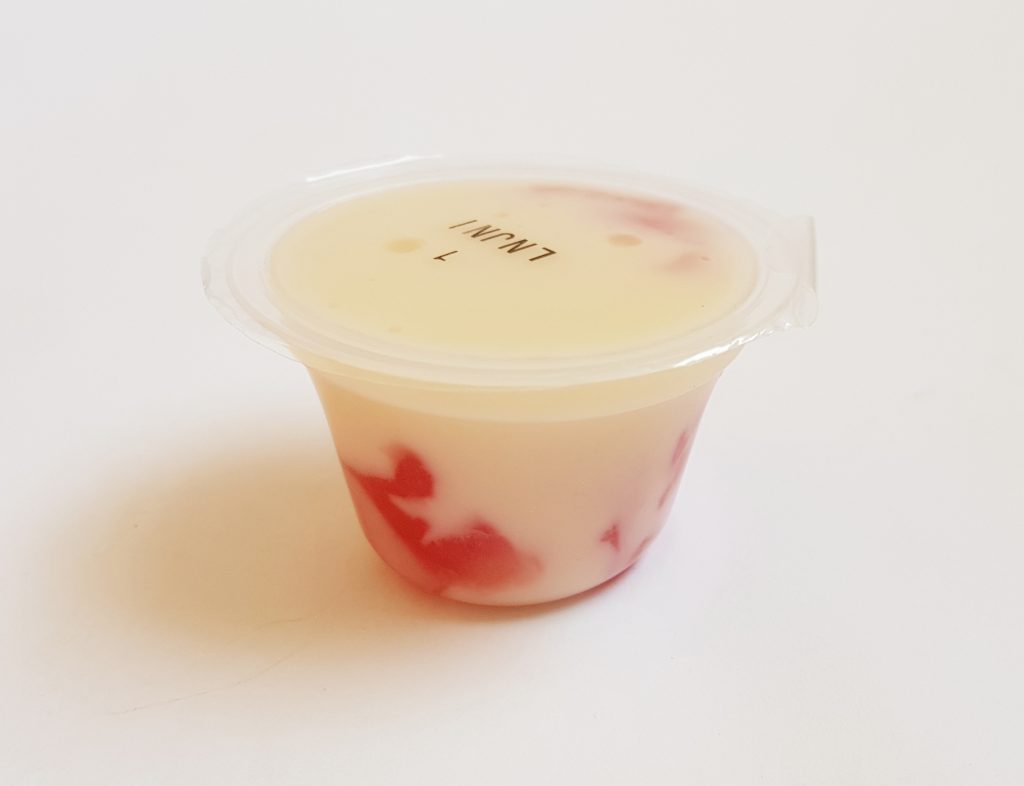 This is an interesting choice – Piccolo Dolce Strawberry and Yogurt Flavour. It’s a combination of yogurt mousse and strawberry jelly, and it’s shelf-stable until opened. 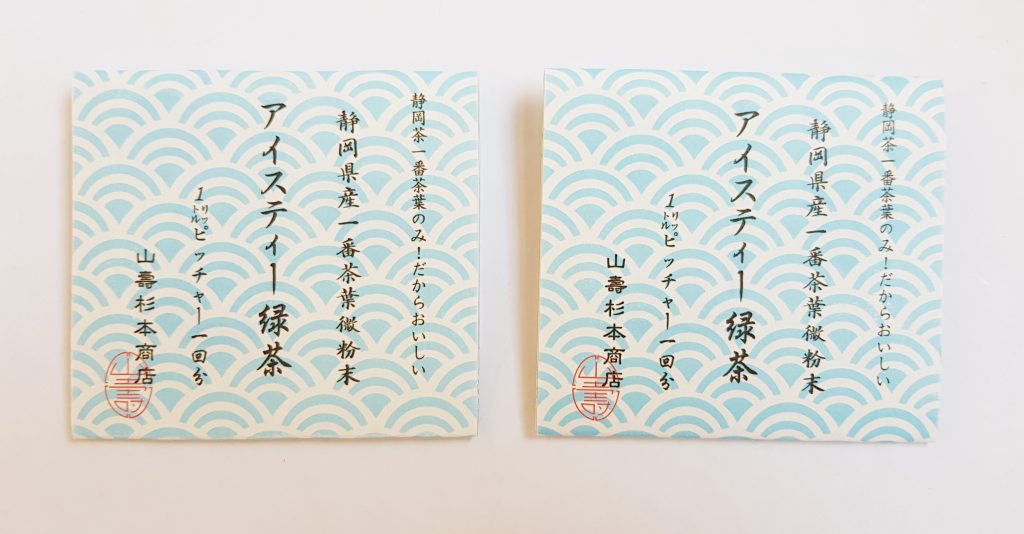 Finally, this month’s tea is Ice Green Tea Powder. This is made from Shizouka tea leaves, and like matcha, is mixed with water. This version is to make iced green tea, and one package makes a whole jug of tea.

This month has a great selection of  flavours and textures. I really like the theme, and how the snacks tie in with traditional festival and street foods.

The Tai snacks I absolutely adore, and the cake is delicious.

The one thing I’m don’t think it a good addition is the Dondon Yaki. It fits in fine with the theme, and tonkatsu sauce is a classic Japanese flavour, but I know that this is a dagashi, very inexpensive and common snacks rather like penny sweets, and so are not what I consider exclusive or artisanal.

Other than that, this is a nice array of snacks. As always, I’m a bit sad when there’s something with shellfish, as I can’t eat it, but having two Tai snacks make up for it! There are also five savory snacks, which I think is a great balance.

A great seasonal theme with a fun and adventurous range of snacks.