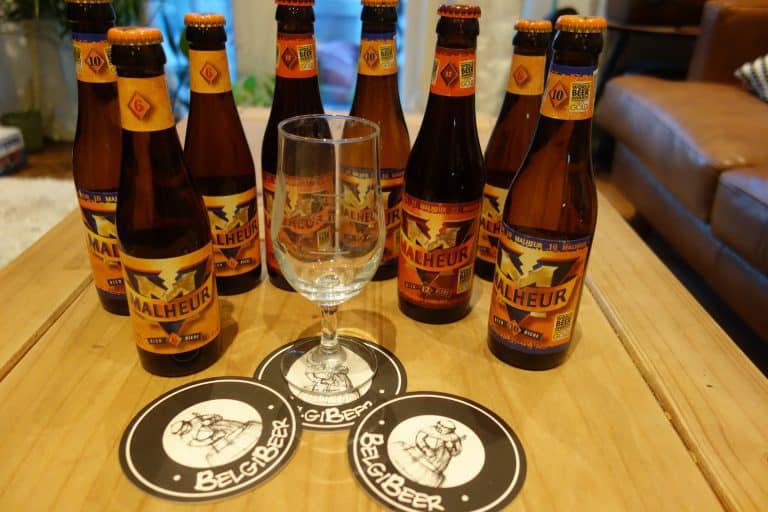 Many Belgian breweries were revived after the World Wars, when they were routinely destroyed for their copper and other metals that could be used for weaponry. This month, Belgibeer showcases one of such breweries, Brouwerij Malheur. Malheur has roots extending to the late 18th century, when the homestead/farm brewery was founded by Emmanuel De Landtsheer and eventually christened the Brewery De Zon. In 1997, the brewery was given a new lease of life – and its present moniker – by Manu De Landtsheer.

The brewery looks both forward and to the past, mixing ancient techniques with state of the art brewing equipment to ensure consistency and the highest standards. And it appears to have worked very well, as they walked away with the Best Dark Beer accolade from the World Beer Awards in 2014 for their Malheur 12. Yes, this beer is included in this month’s Belgibeer box alongside two other beers. And if that wasn’t intriguing enough, the Malheur 12 was recently added to the menus of Hof van Cleve, one of three of Belgium’s three Michelin star restaurants. Given this pedigree, I was pretty excited about one of these beers specifically. 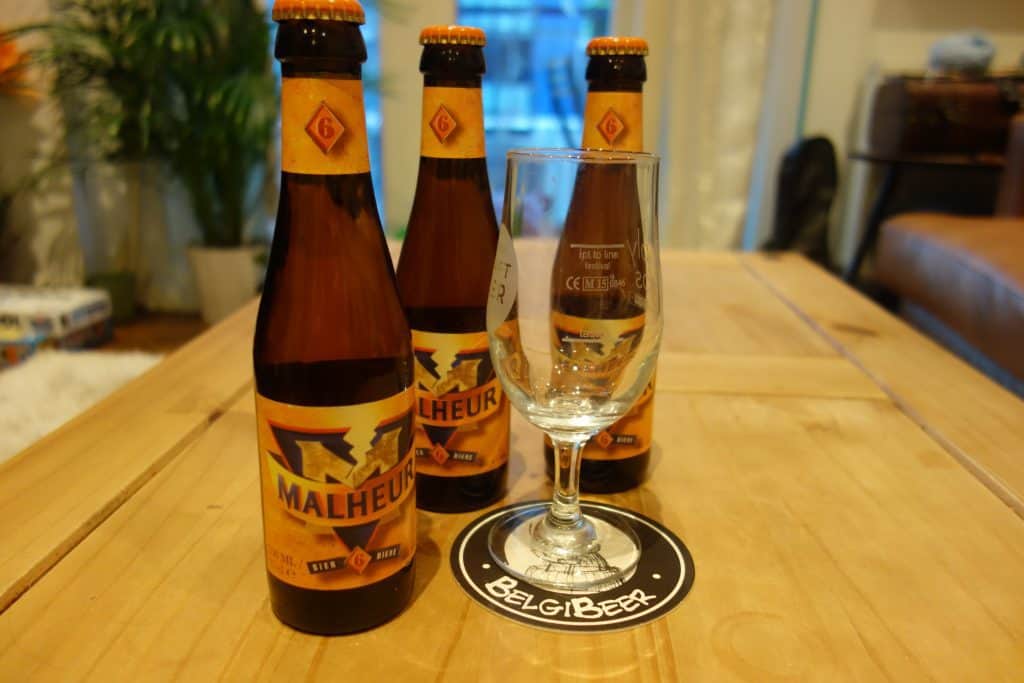 Beginning with the Malheur 6, a 6% blond ale, this is described as an ‘entry level’ beer to the entire Malheur range, and it’s pretty easy to spot why: it’s a very sessionable blond with subtle and balanced characteristics. It pours an attractive golden hue, leaving that whipped cream head that is so becoming with Belgian beers. It has a slightly spicy aroma with a bit of citrus – this comes from the Saaz hops, which are a noble (European) hop variety and tend to be more earthy and subdued than American and antipodean hops. On the palate, there’s a nice biscuit base with a harmony of sweet and bitter. It’s not aggressive, just a pleasant easy-drinking beer that hits the spot without being too remarkable. It’s a good introduction to Malheur. 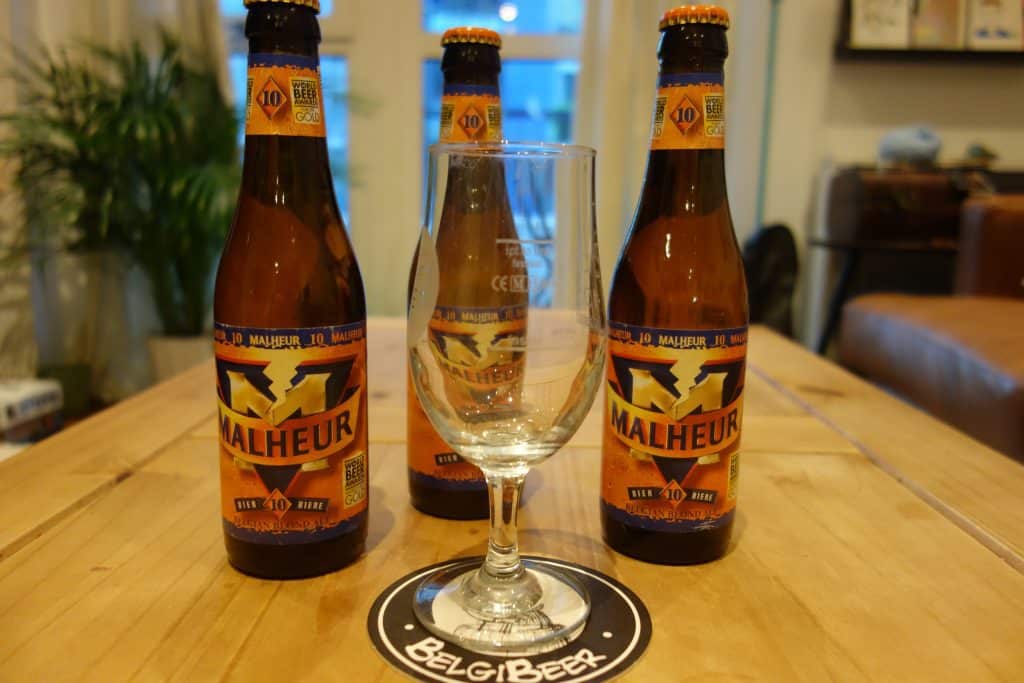 The second beer, Malheur 10, is also known as the Malheur Millenium because it was launched in 2000, has a bit more of a punch than the previous blond, boasting a boozier ABV (10%). It pours in a similar fashion, with a hazy golden character and a big foamy head, but the aromas are more yeast-based, imparting banana and bubblegum in addition to hints of citrus. The mouthfeel is creamy and tinged with a bitter kick, following by the warming alcoholic rush from that higher ABV. It’s a more complex and intense beer than Malheur 6, but wonderfully turned out. I liked the more traditional banana aromas and flavours from the Belgian yeast that were present here. 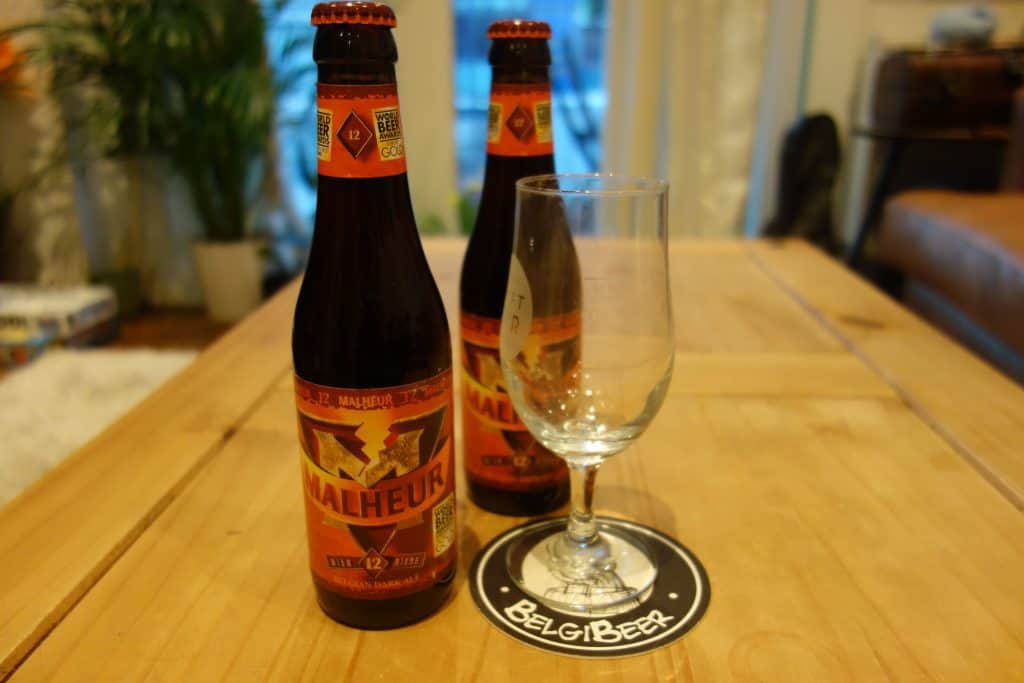 Finally, the magnus opus: the Malheur 12, another strong blond ale. Its reputation preceded it, so my expectations were teeming. Carrying an ABV of 12%, this most celebrated beer of the Malheur range decants a deep chestnut brown with a tan head and big aromas leaping from the glass of spices, dark fruits and florals. The taste is undeniably rich and toothsome, presenting a robust flavour of roasted malts and hints of sticky caramel. It’s boozy, big and a beer to savour. I was really impressed by the profile of this beer, enjoying everything from its fruit notes to its sweet enveloping taste. It was worth the hype.

I enjoyed learning about Malheur and its beers for this month’s Belgibeer selection. The information booklet is a great source of history and tasting notes, even including recipes and information about the surrounding region should you wish to visit the brewery after falling for their range. The beers were commendable, in particular the Malheur 12, so I applaud the efforts of the team again this month.

Belgibeer can be subscribed to or gifted. The monthly boxes usually include two bottles of four beers (eight in total). Subscriptions can be purchased for £24 per month or £288 for an annual subscription (but three months free boxes are thrown in).  Shipping is not included, but DPD options are available for pick-up (£2.00) or home delivery (£4.90) with other express options available. Other additional Belgian produce or brewery glasses can be added to your order as well- it’s traditional for each Belgian brewery to have its own glass.

Yes, this month’s box had a smaller selection of beers – only three instead of the standard four – but given the inclusion of two bottles of the exceptional Malheur 12, this was easy to overlook. Having the opportunity to sample beers of this pedigree is an exciting prospect and made this month’s box both memorable and special.

A great selection of beers from another modern Belgian brewery, especially their exceptional Malheur 12, which was worth the hype.