Reviewed by Rebecca on 6th February 2017 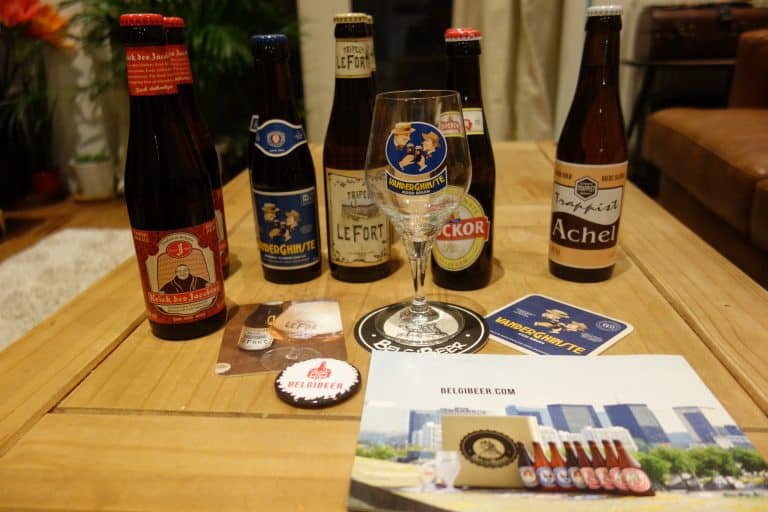 In my previous Belgibeer reviews, I’d mentioned the yearning to travel to Belgium with the intent of enjoying my newly founded beer habit in its authentic setting. Two weeks ago, I made a journey to Brussels, where we discovered a range of Belgian beers – even tracking down a bottle of a Trappist quadruple that has been crowned the best beer in the world by the website Ratebeer.com. We tried blondes, browns, Trappist delights and lambic beer with a gusto, and I was so thankful to have a basis of what breweries to look for thanks to my Belgibeer education.

So my first book of 2017 was eagerly received, especially since I’ve developed an insatiable taste for rich tripels and refreshing blondes. January delivered a selection from Omer Vander Ghinste brewery from West Flanders which produces a variety of styles that I was happily sipping upon in Brussels; they are unique because they brew using different fermentation methods, i.e. with bottom fermentation (lagers), top fermentation (ales) and spontaneous fermentation (lambic beers). It is one of only a handful of breweries in the world to do so in a single brewery. To appreciate this, a type of each fermentation is represented in this month’s box.

There’s been a bit of a facelift this month as well, where subscribers have been given a generic booklet about Belgian beer and how to taste beers. There was no specific booklet on the brewery as per usual, but I did find this information on the Belgibeer website. I’m not sure if this is a permanent change, but I did miss the booklet with more specific information about each beer; I enjoy going over the tasting notes as I’m drinking to help me pinpoint the flavours and aromas that I’m experiencing. Also included in this box is a brewery glass and a Belgibeer bottle opener. 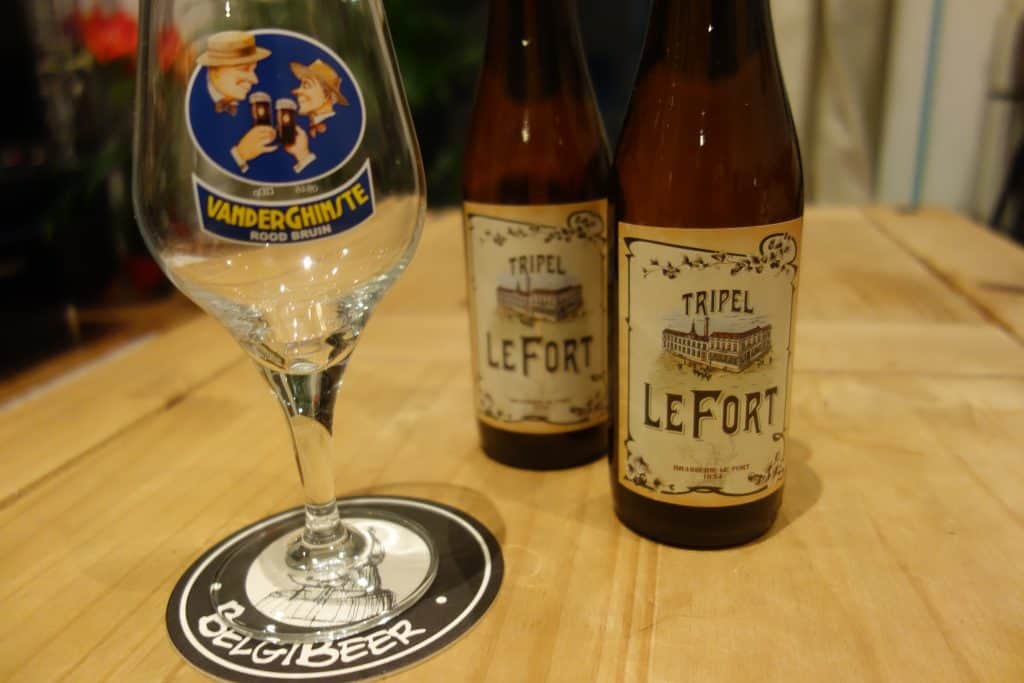 The first thing I noticed about the beers was their diverse labelling. You wouldn’t guess that all of these beers hailed from the same source because the styles and branding of each varies so much. I started with the Brasserie Le Fort Tripel, an 8.8% tripel that poured an attractive golden hue with a frothy white head. The aromas were bursting with hints of banana and spices and, on the palate, the beer was sweet at first sip, but followed by a nice bitterness. This is another example of a nicely rendered Belgian beer that doesn’t taste as alcoholic as it is. 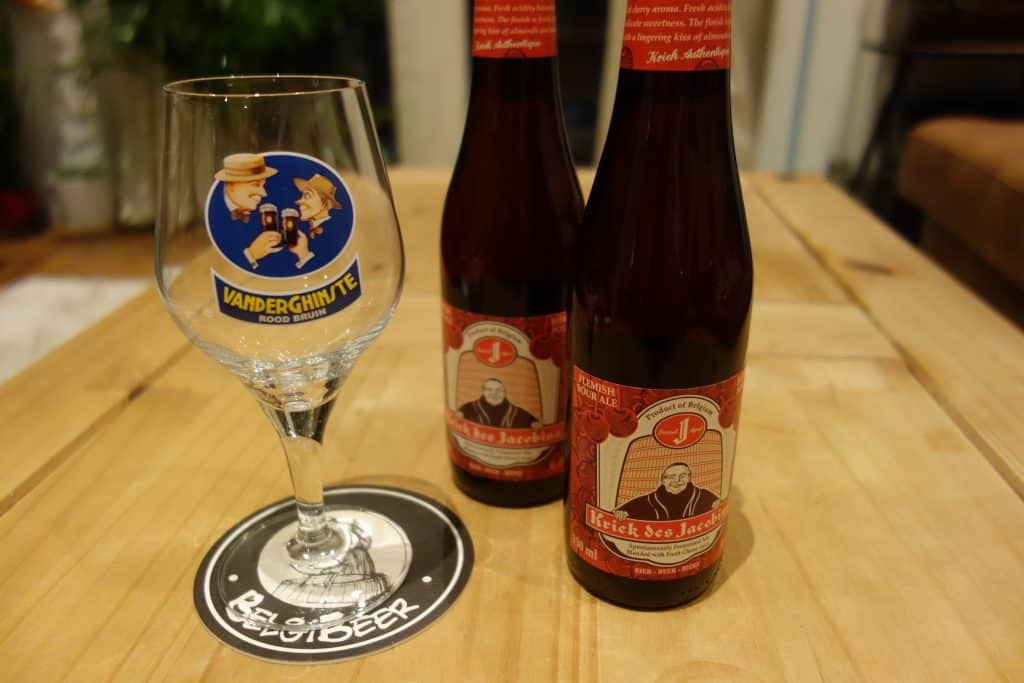 The second beer was the Kriek des Jacobins and I was thrilled to see it; I think this is the first kriek that I’ve received in a Belgibeer box and I’m a huge aficionado of the style. A kriek is a lambic beer made with soaked sour cherries, a popular style that can be either intensely sweet or dry and delicate. A lambic beer is unusual because it relies upon spontaneous fermentation – meaning that it is left open to collect wild yeast and bacteria from the atmosphere, resulting in a complex and sour style. This kriek was an alluring ruby red colour, pouring with a foamy pink head. The aromas and taste are what you’d expect – tartness from the cherries and a hint of sourness from the fermentation process. This one was only a nuanced sourness, however, and there was a lot of sweetness in the body to make it more balanced. 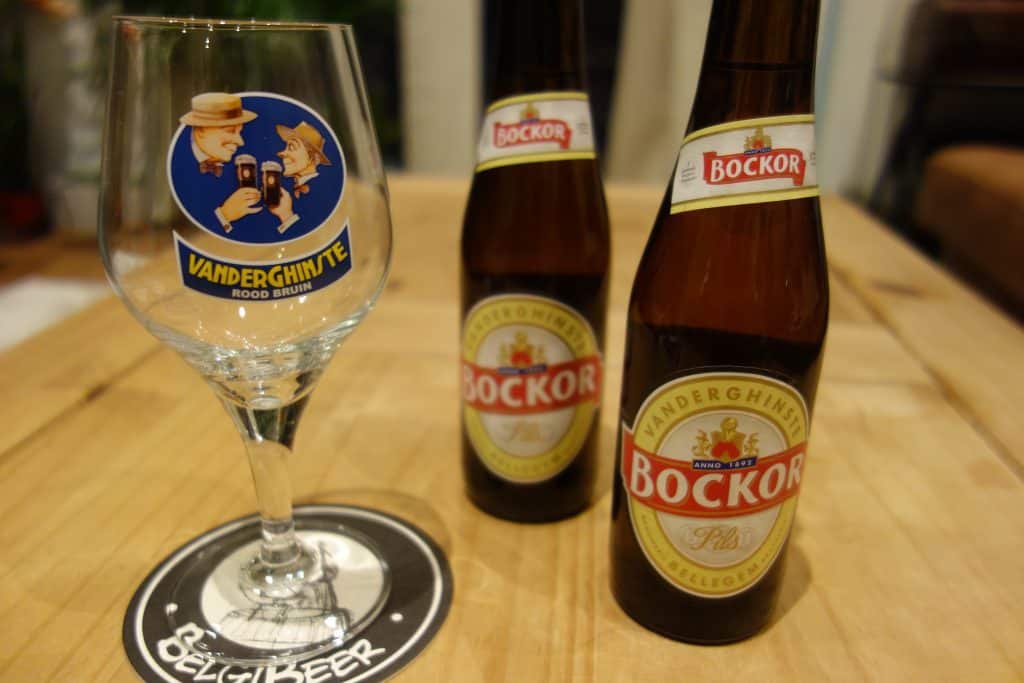 Then on to the Bockor Pils, a pilsner (i.e. a lager) that shows off the characteristics that you’d expect from a bottom-fermented beer: clean as a pin, crisp and the bitter finish that makes it a versatile choice. It pours golden and clear – suggesting that it has been filtered – and is very sweet and malty on the nose. Not too bracing, this pilsner is easy drinking with that nice lingering bitterness that makes it a perfectly drinkable beer without being too exciting, but there’s nothing wrong with a solid iteration of a classic style. 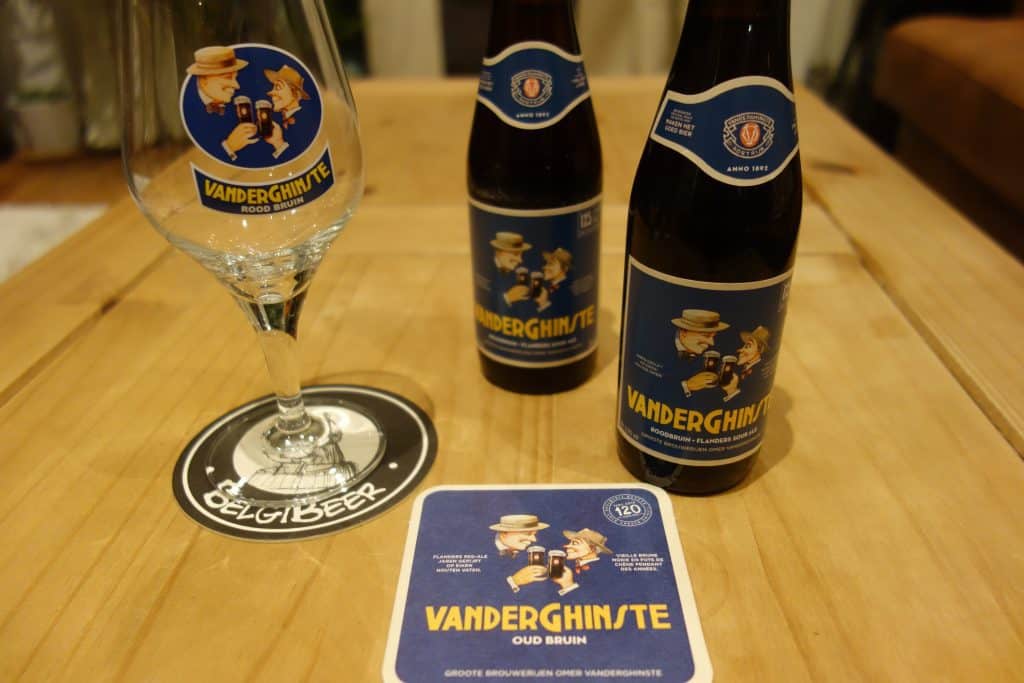 Moving on, the Vander Ghinste oud Bruin is a 5.5% Flemish Brown ale. This is a great Belgian style that has sweet caramel notes balanced with mild sourness; it boasts a deep red brown with caramel and fruit on the nose and a very refined harmony of the flavours that you’d expect. This Flemish brown was blended with a lambic beer and then aged in oak barrels for 18 months, giving it plenty of time to develop some beautifully complex characteristics. I enjoyed savouring this. 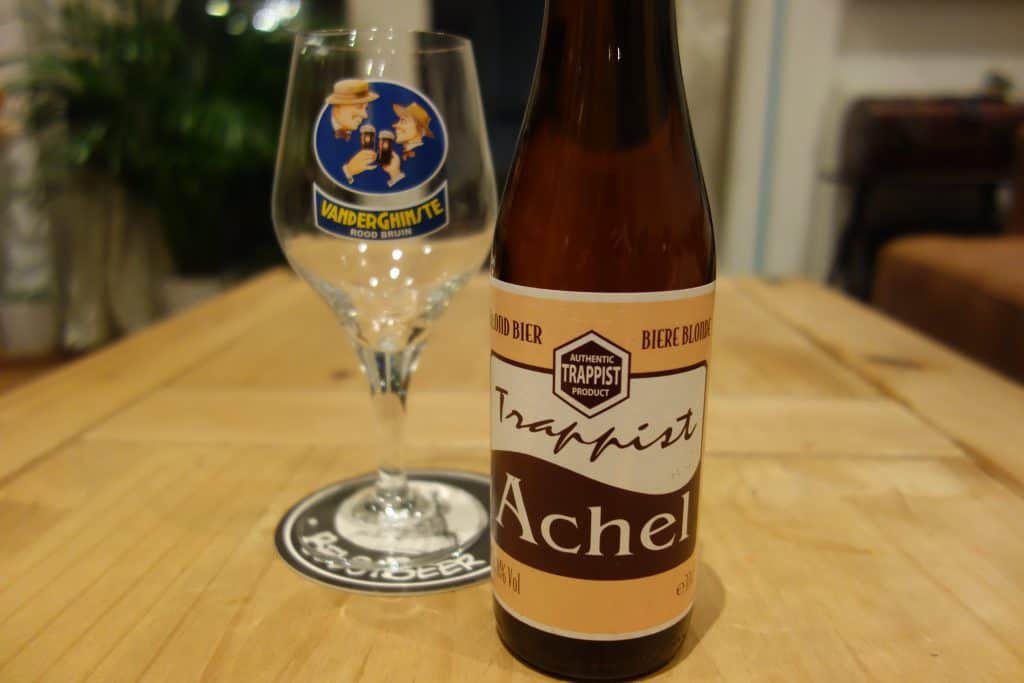 Finally, a bonus beer was thrown into the mix, an authentic Trappist blonde hailing from Brouwerij der Trappistenabdij De Achelse Kluis. This is one of Belgium’s six certified Trappist breweries, meaning that it’s brewed within the walls of a monastery. These beers generally fund the monastery and some Trappist breweries only produce the volume of beer to do so, making their beer very rare and difficult to find. I’ve tried many Trappist products, but had never had this Achel Blond 5, a strong Belgian ale. It’s apparently one of the most rare beers to find in the US and very difficult to source in even Belgium, so this felt like a very special addition. The beer was a big bouquet of hops and spices (coriander) and citrus fruit, all balanced for a very refreshing and surprising beer. It was a beer to drink slowly and savour. I absolutely loved it.

Belgibeer can be subscribed to or gifted. The monthly boxes usually include two bottles of four beers (eight in total). Subscriptions can be purchased for £24 per month or £288 for an annual subscription (but three months free boxes are thrown in).  Shipping is not included, but DPD options are available for pick-up (£2.00) or home delivery (£4.90). Other additional Belgian produce or brewery glasses can be added to your order as well- it’s traditional for each Belgian brewery to have its own glass.

This month’s box felt extra special thank to the inclusion of a Trappist beer. It only reminded me that my second Belgium excursion is now worth planning, where I try to visit some of the country’s six Trappist monastery brewing sites.

Welcome to 2017 with this Belgibeer box - with a touch of lambic and a trappist beer, this has been my favourite box to date.