Reviewed by Beth on 4th November 2015

This box, distributed by DVD and game site zavvi.com, is very similar to other geek/collectable type boxes available. The cost is under £20 per month, and varies depending on your subscription length, and claims to contain £40 worth of merchandise. Each month is themed, and the box I had was ‘Heroes and Villains’.

Even as I opened the box, I was excited by the look of the inside – the box itself was decorated with The Joker and Captain America, giving a fair clue to its contents. Inside were six cool items and a comic explaining the theme. 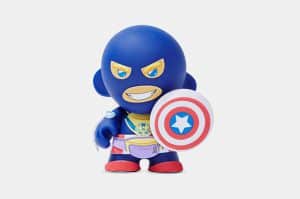 Mini Captain America Munny – a really cute figure that you can decorate yourself with two sets of stickers. 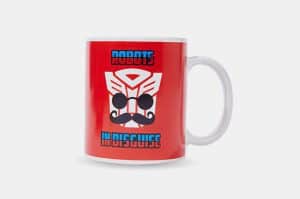 Transformers heat change mug – this is great fun. When cold, the image on the mug is ‘Robots in Disguise’, featuring the Transformers logo with a cunning disguise of glasses and moustache. Once you add hot liquid, the true identity is revealed. 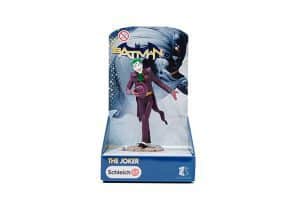 The Joker vinyl figure – This is the classic Joker figure from the Batman comics, in action pose. A nice piece to sit on your desk or shelf if you’re a DC fan. 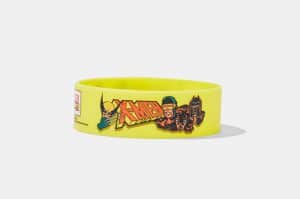 X-Men wristband – this is something I can incorporate into my look every day, even while still pretending to be a functioning grown-up. 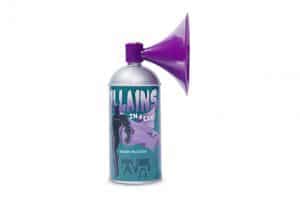 Villain in a can – this is the best thing ever! All the villainous sound effects you could need at the touch of a button, ready to punctuate your daily interactions. Who wouldn’t want a real ‘muah hah hah’ or their own sinister background music? 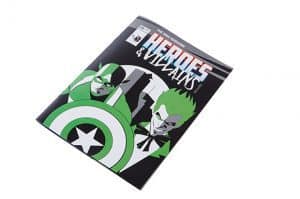 There was even a PixyStix included in the box to enjoy while you read the enclosed magazine, which includes an overview of the Joker, from the earliest incarnation to the upcoming Jared Leto version.

Looking at past boxes as well as this one, I would say that the majority of items inside would be for display only, rather than being something that you will be able to use every day, but if you’re a sci-fi or comic geek and you have the cash to spare, this is a pretty fun thing to invest in.