Reviewed by Caroline on 24th August 2016 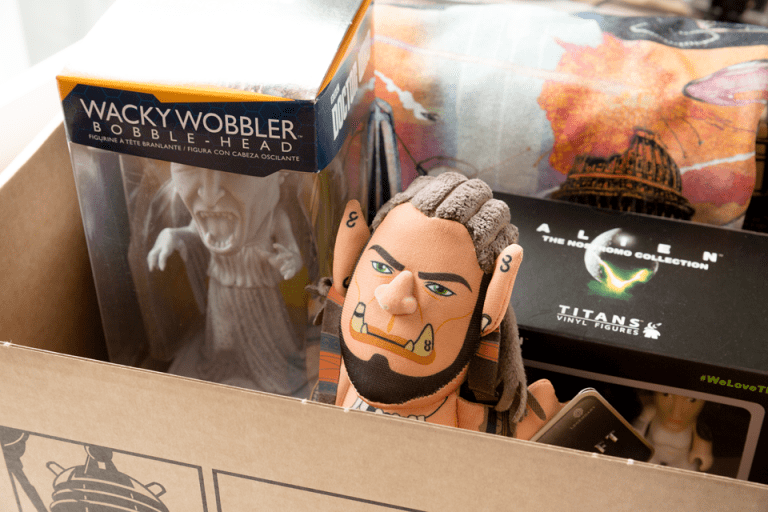 This month from ZBox the theme was ‘Invasion’ and I was prepared to see a variety of products added from the most popular sci-fi films and TV as well as the gaming franchises. What a great theme this month as it conjures up all the fear that goes into being invaded and who doesn’t love the more kitsch films and TV shows that have the naff styled special effects too? If this is your first glimpse of ZBox then it’s a great month to start, inside the beautifully illustrated box this month were four perfectly matched products to the theme ‘Invasion’. Every month has a new theme for ZBox subscribers and each box is £18.49 with over £35.00 of value for 4-7 items inside, all will follow the monthly theme and will appeal to any geeky/gamer fan.

“Slowly and surely they drew their plans against us” 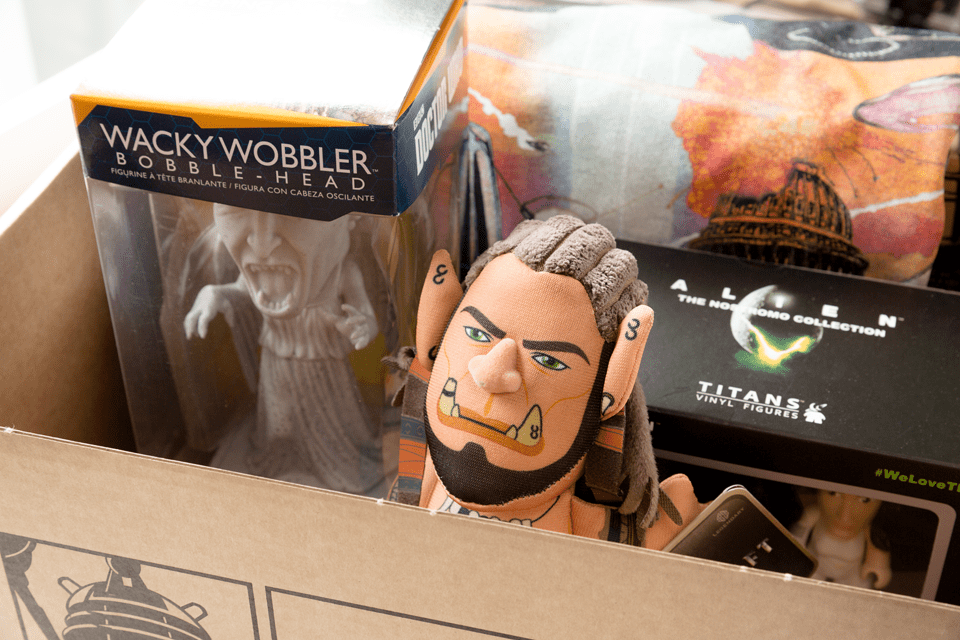 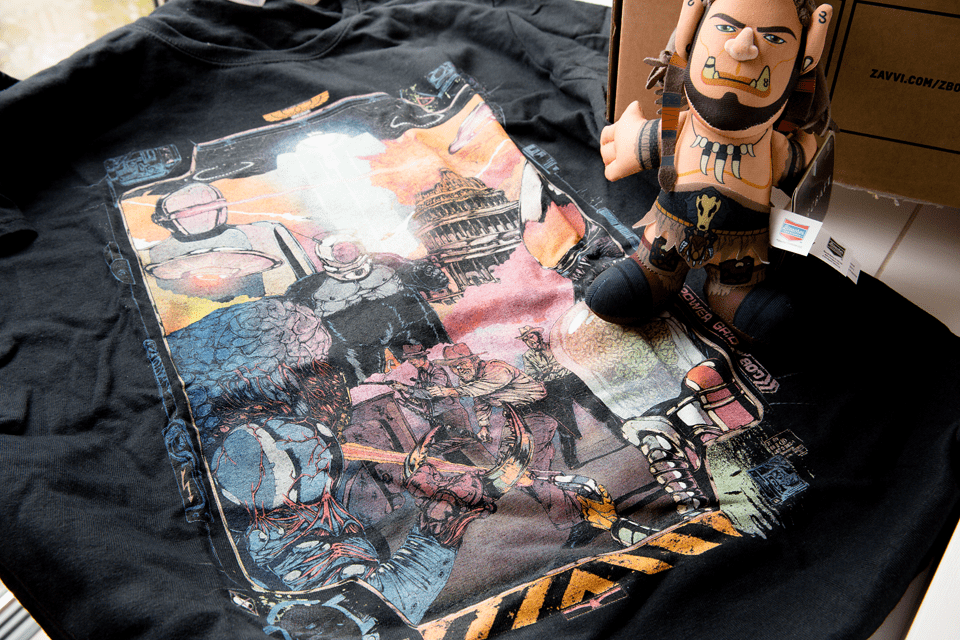 First out of this month’s box was the colourful bold Invasion t-shirt designed exclusively by the talented and unique artist Boneface. Take some time to admire the beauty of the illustrations on the t-shirt as it is something special, what a perfect addition to the ZBox this month – I absolutely love it.  Including a monthly t-shirt does add value to the ZBox and it’s a great way to add to your geeky t-shirt supply. Having a Doctor Who product was inevitable in this ‘Invasion’ themed box and what better product than the Weeping Angel. The Wacky Wobbler Bobble-Head from Funko is a real collectors piece and would look good on any geek’s shelf. Scary enough as you would expect from a Weeping Angel but this is contradicted with the Wobbly Head and I like that. 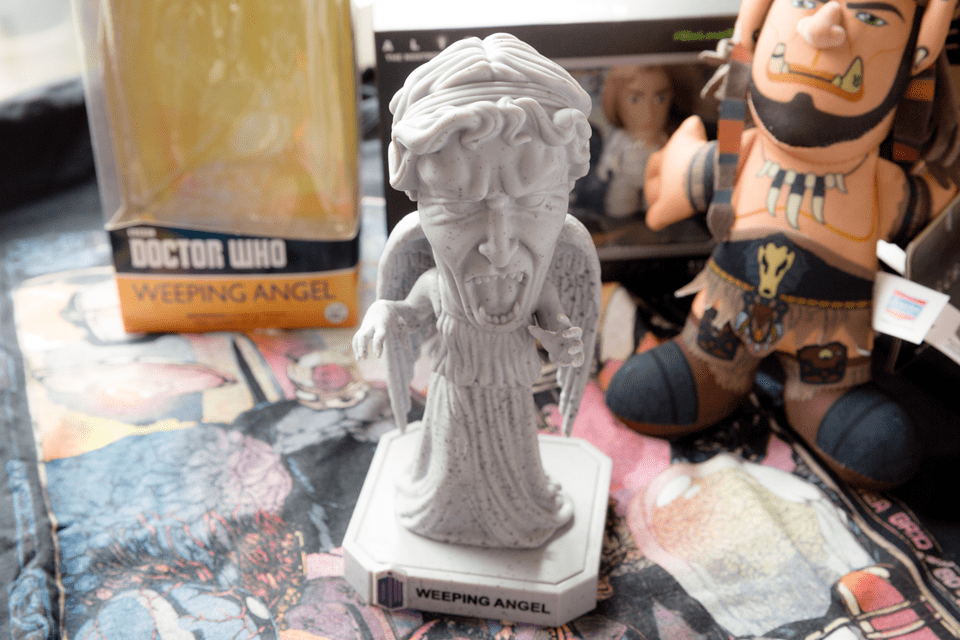 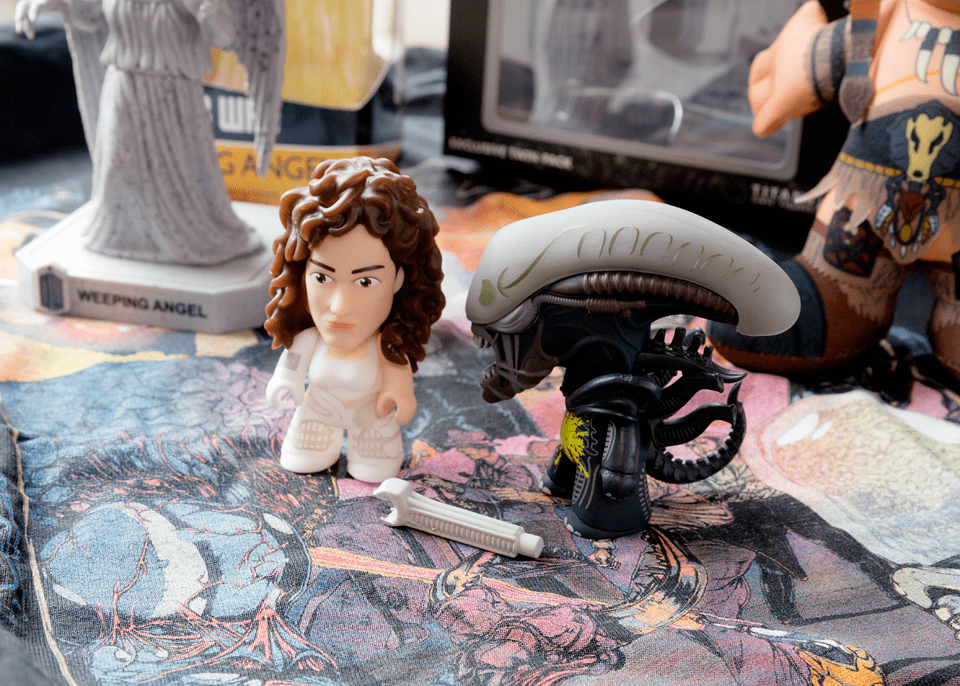 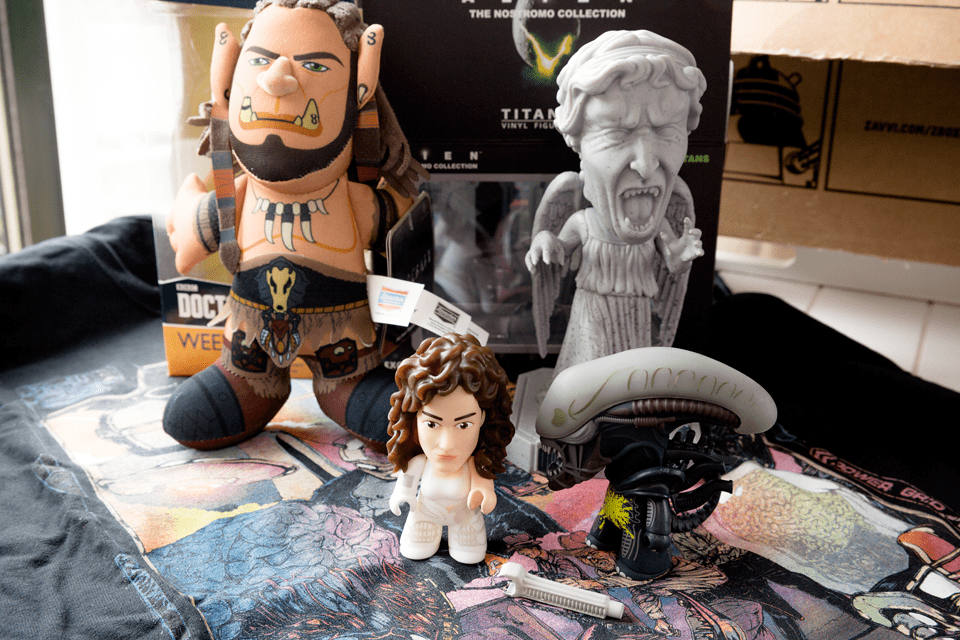 The World Of Warcraft Bleacher Creatures are next in the ‘Invasion’ lineup and in every Zbox there were one of the creatures. In my box I found a Durotan Bleacher Creature and I think in other boxes there were either this or Medivh, Garona or Lothar. All 7 inch Bleacher Creatures and while cute and collectable for World Of Warcraft fans it’s not the best quality I have seen, but I do like this addition.
Lastly a double surprise in the form of two perfectly formed vinyl figures from Alien 2. An exclusive twin pack from Titans Vinyl Figures of Ripley and Big Chap from the movie Aliens 2 and they look fantastic and what a great collection Titans have of this Nostromo range. Don’t forget to look through the Zbox Magazine as well with plenty of information, puzzles, reviews and interviews inside. So there you have it this month’s ‘Invasion’ Zbox had some quality pieces inside and now I am hotly anticipating next month’s box which proves to be a brilliant box as it will be a Marvel Universe theme.

Hi I'm Caroline,I'm a UK Blogger and subscription box fanatic! As well as having the pleasure of guest writing for All Subscription Boxes I also have my own blog My Family Ties where I share all my life, loves and all family goings on.My blog can be found at the address below: http://www.my-family-ties.com/Twitter @MyFamilyTies1