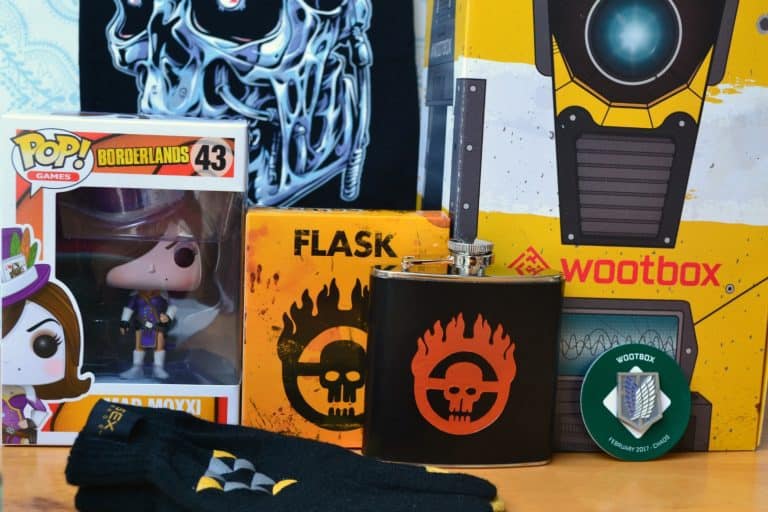 February brought Chaos to my doorstep as Wootbox sent out their monthly geek subscription box. I’ve started to really look forward to the delivery as they’ve consistently put out quality month-after-month as I’ve been receiving them. And Chaos called to me as a theme! So many options! Us nerds do love our chaotic television shows, movies and video games. And Wootbox represented all three in the box… 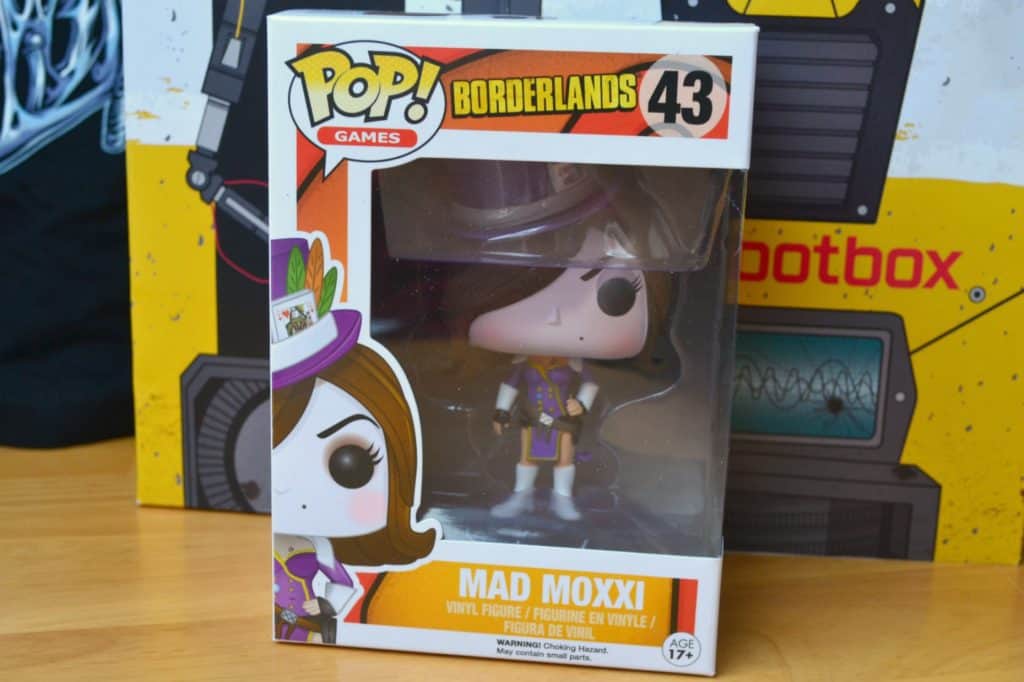 You could’ve got either Call of Duty or Borderlands for the Funko Pop! figure in this months Wootbox. I’ve never played either so I had no preference but I got a Pop! of Mad Moxxi, and y’know what? This might just convince me to play Borderlands. She’s so cute! Look at that little hat. It’s very Mad Hatter from Alice in Wonderland. I have a lot of Borderlands-playing friends so if they don’t convince me to play, I’m sure Mad Moxxi will find a loving home. 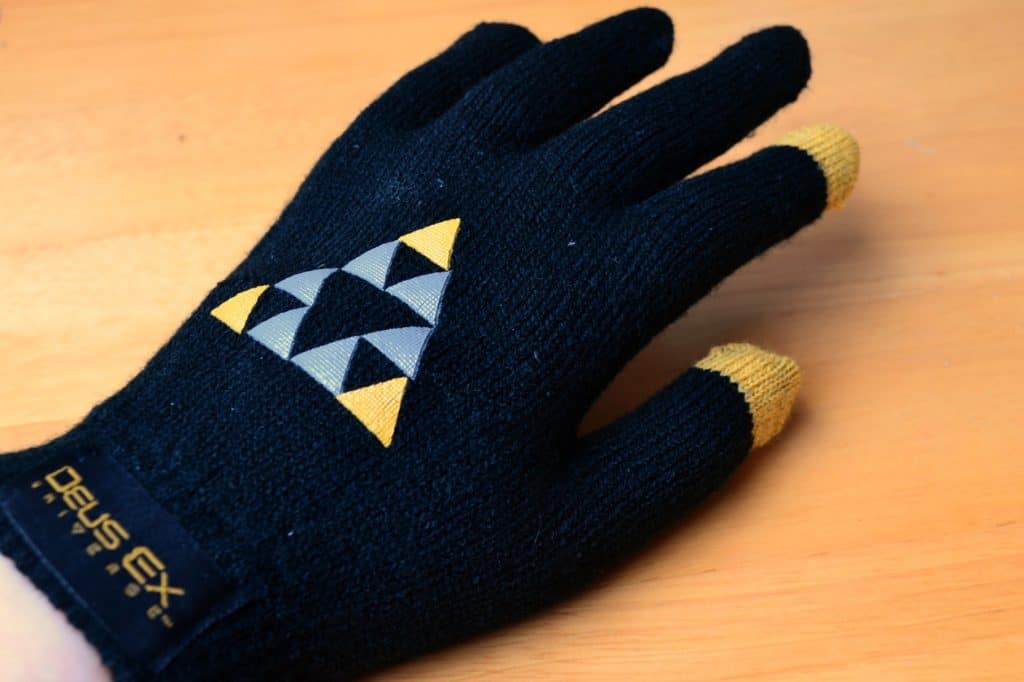 If your choice of chaotic video games run more towards first person shooters, then these Deus Ex gloves are perfect. I live in the North where it feels like we’re in some kind of Nuclear Winter so they were well received, and I’ve never had a pair of touchscreen compatible gloves before! I was surprised how well they worked. My texting word-per-minute rate might go down a little but autocorrect is there for a reason! 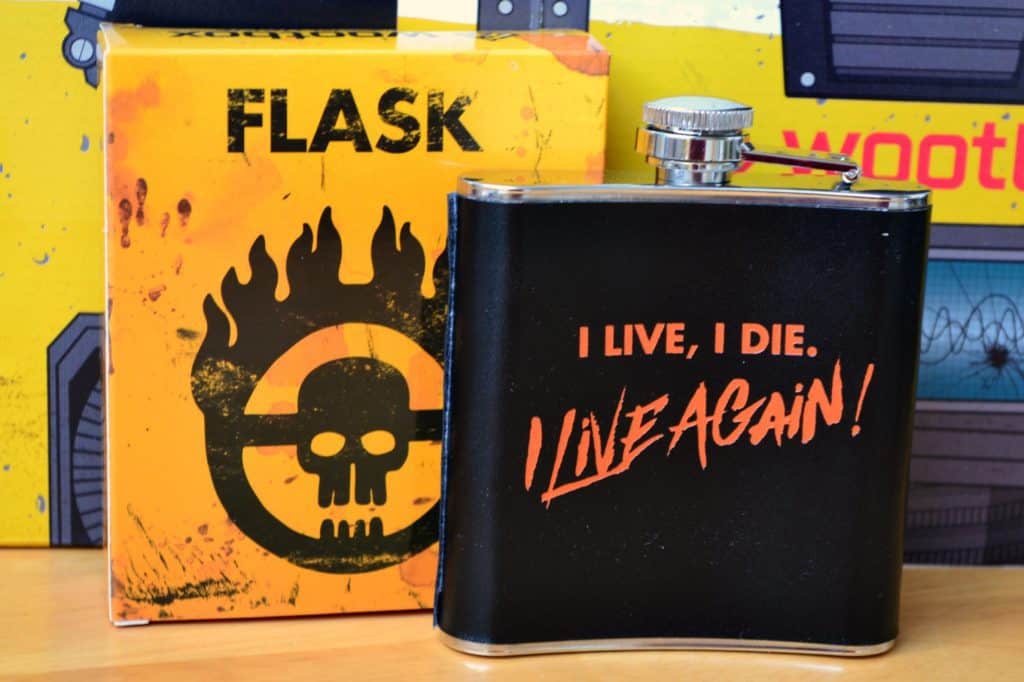 Or, if you prefer a swig of a little somethin’-somethin’ to warm you up, then look no further than the Wootbox Exclusive Mad Max flask. This is a good and study metal flask with a pleather cover that is suck on and doesn’t quite align at the edge on mine. Not that stuff like that matters in a Fury Road kind of situation, but there’s not been a nuclear apocalypse yet. 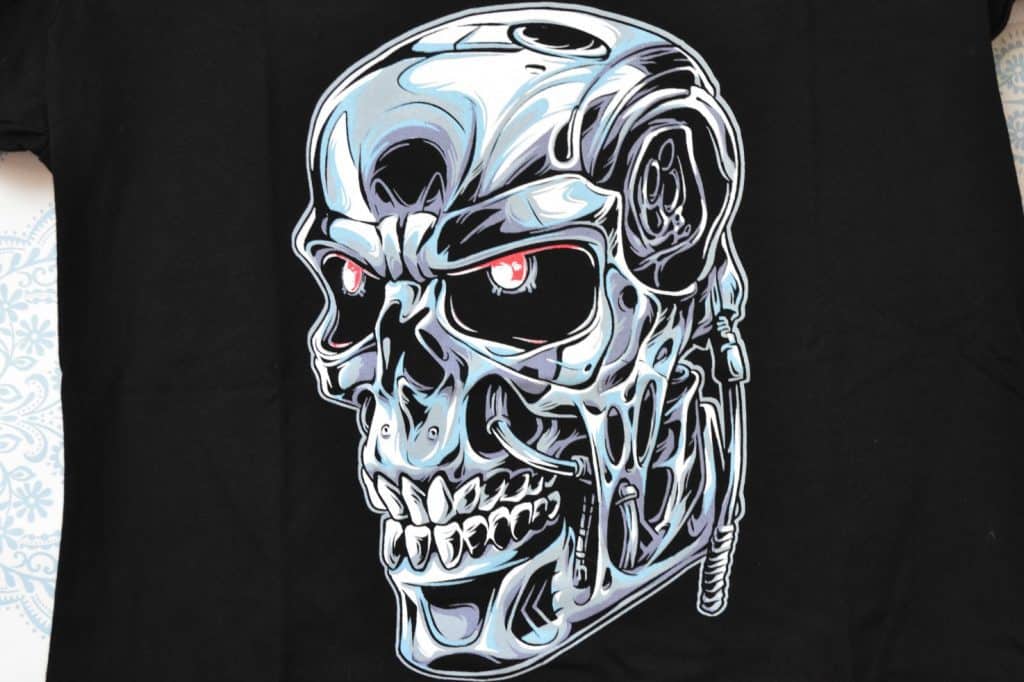 The exclusive tee of the month is this super horrifying Terminator face. I’m clearly a bad nerd because I haven’t actually watched the Terminator movies yet. Maybe I’ll plan a movie night in my new shirt. As always with Wootbox; the design a little bit better meshed onto the fabric, which is just that little bit softer, than regular ‘geek’ shirts. My wardrobe is slowly being overtaken by their teeshirts month after month, as they replace ones that just don’t feel as comfortable! 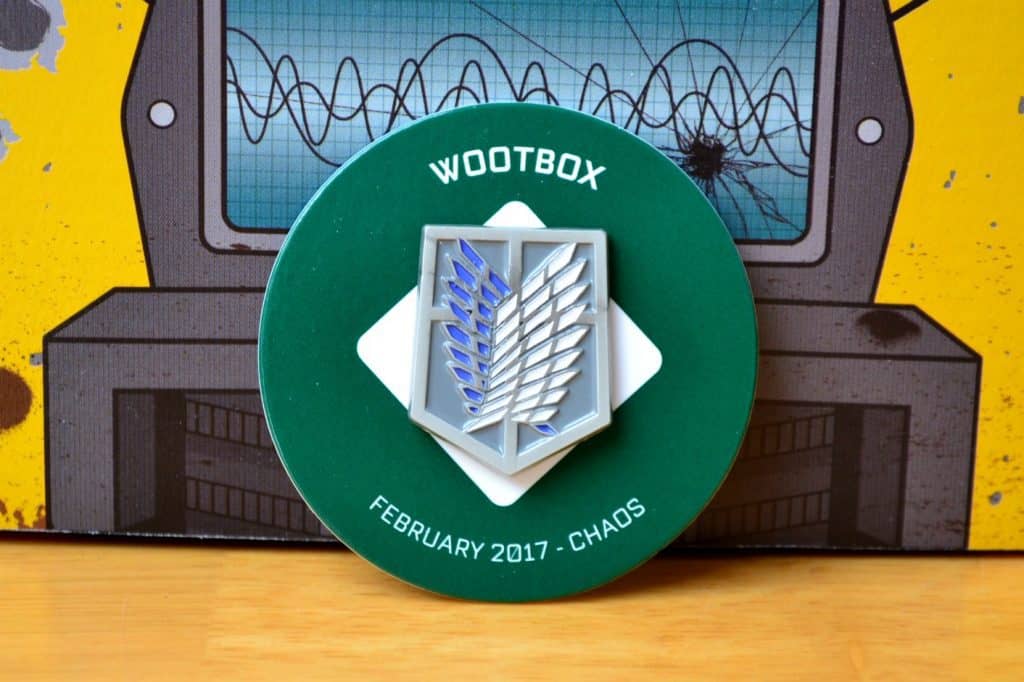 And the badge of the month! Every month, Wootbox adds a relevant pin badge for your backpack or jacket. This months was the logo of the Survey Corps from the anime, Attack on Titan. It’s really well made, a solid metal with the design crisp and clearly in enamel. Wootbox puts the value at £4 but I’d pay more to represent humanity’s last defence so well. This is my stand-out from the Chaos box. I can completely imagine Eren and the Survey Corps wearing this in the show. 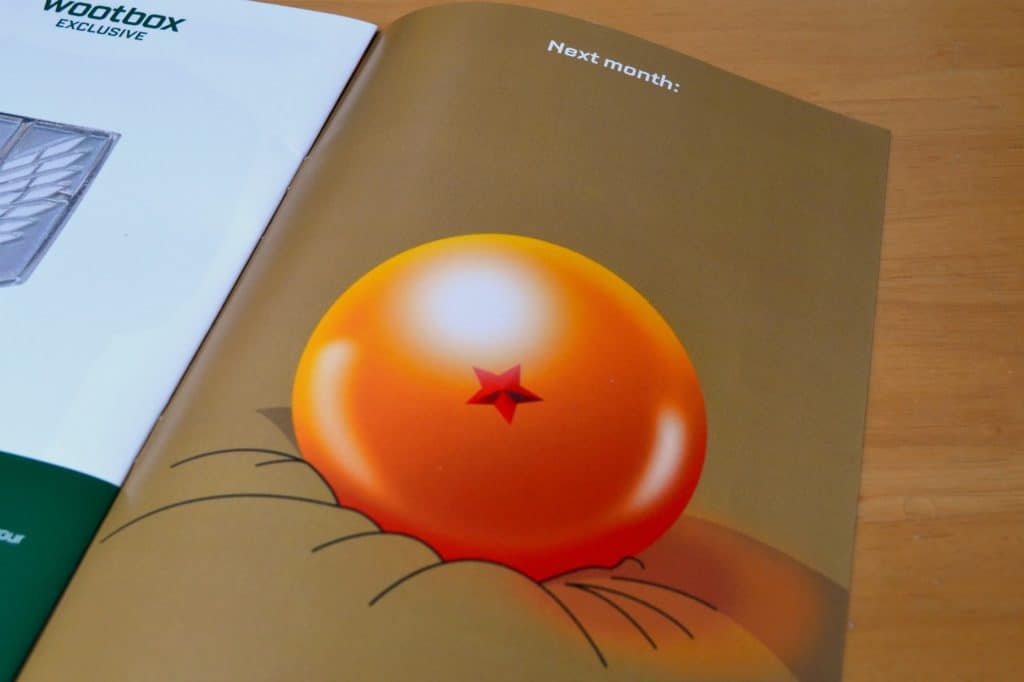 Overall, I think this box represented Chaos and the chaotic TV shows, movies and video games that we all know and love. As always, Wootbox has put nothing but good quality in the box. Even the badge was well made- and probably my favourite thing!