Reviewed by Imogen on 18th February 2017

I’m always excited to try out a new subscription box so when my first Wootbox was delivered, I was over the moon! Literally, because it was Star Wars themed in celebration of the Rogue One movie. This was actually an amazing box, exclusives galore with a box to match. 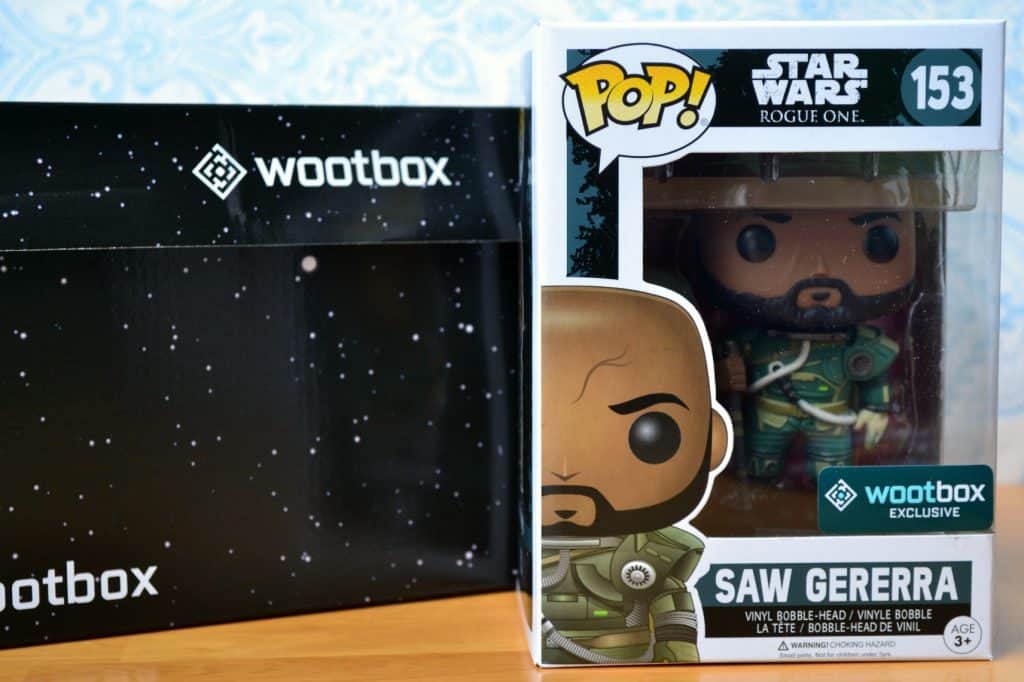 A Funko Pop! is always appreciated from a subscription box. An exclusive, even more so. As far as I’m aware from my Googling #153 is a Walmart exclusive in the US so I’m guessing that Wootbox maybe has the exclusive in Europe? Either way, this Saw Gererra is a Bobble-head which I love because they’re super fun for procrastinating/ bopping while I think. 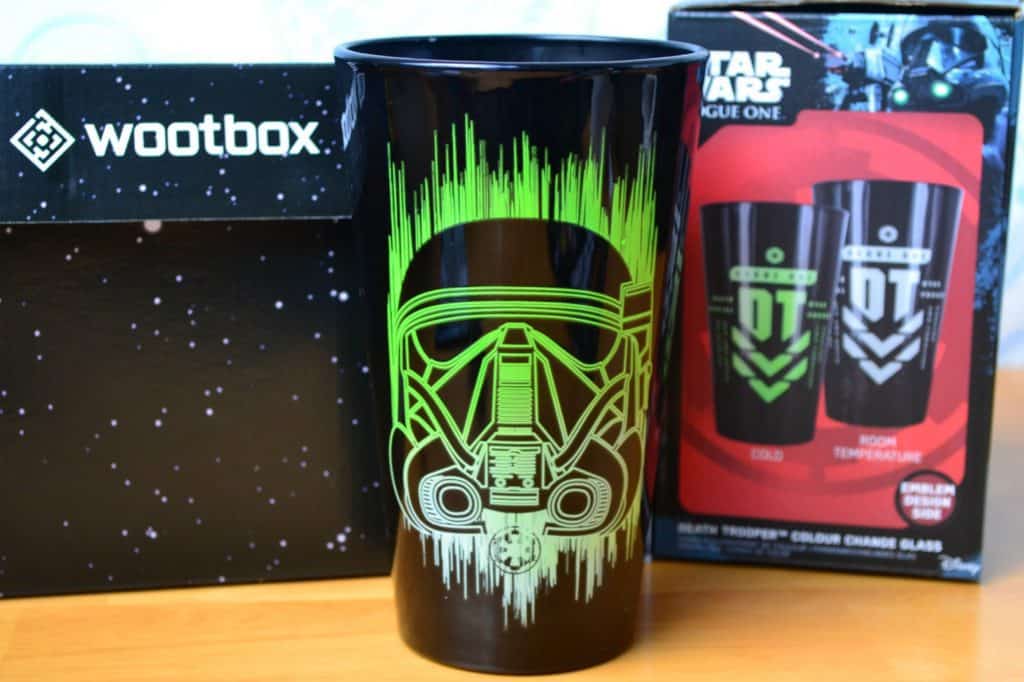 I always found colour change glasses and mugs awesome when I was little and I was super excited when I saw this one. I’m a sucker for a gimmick, so sue me! It’s supposed to be grey at room temperature and green when cold but my place is pretty cold so it’s stuck at green. I managed to make the bottom a little grey for the picture by holding it for a while so my guess is having a reasonable temperature in your house will make this work better. A must for whatever you chose to drink while watching Star Wars at home! 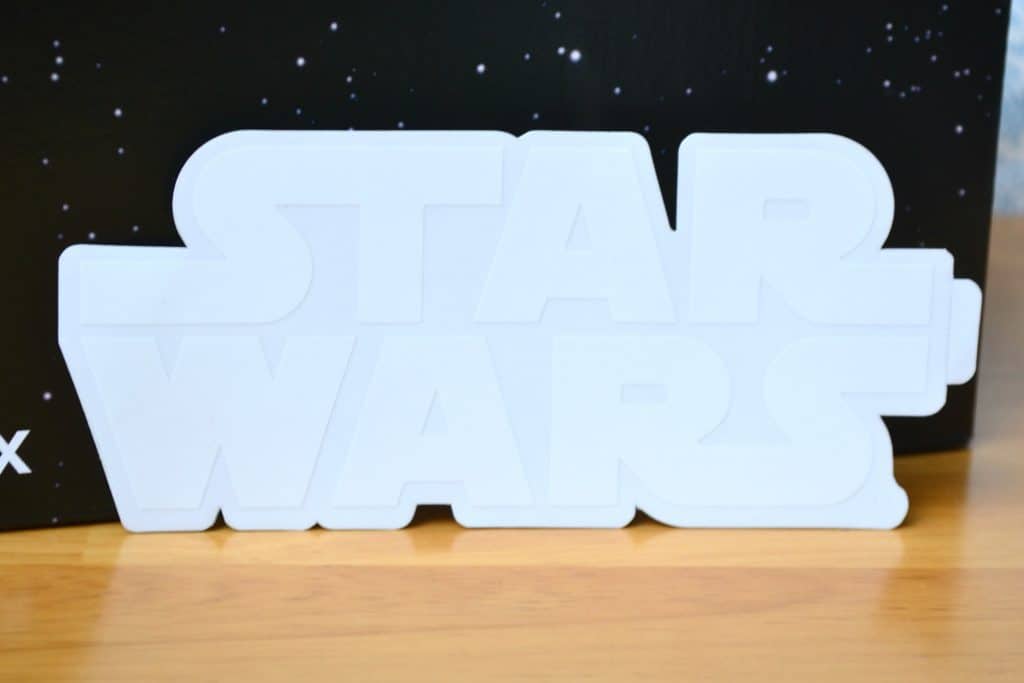 The little kid in me also loves getting stickers. My primary school had a whole underground trade in them and this Star Wars one would easily be worth a bunch! It’s a good size and will be recognisable at a distance to any fan. I’m still debating where to stick it. 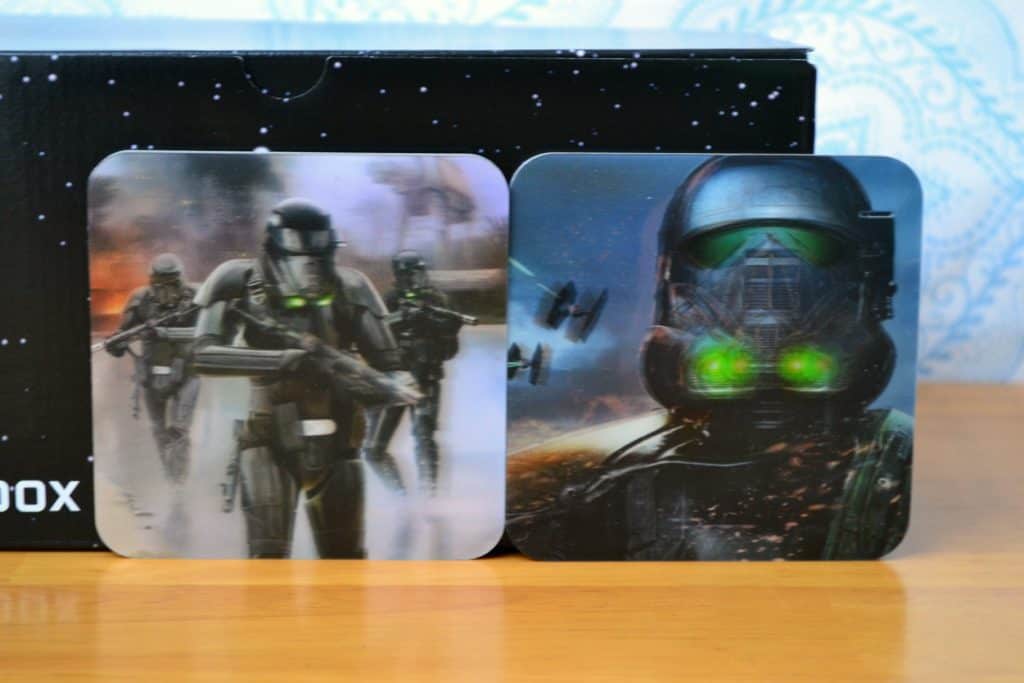 So 3D coasters are pretty hard to photograph, eh? These are made of that ribbed plastic that almost every poster in the 90’s was made of. It’s an effect I missed and it looks really cool with the images of the shadow stormtroopers. I just hope the plastic can hold up to my scalding cups of tea. 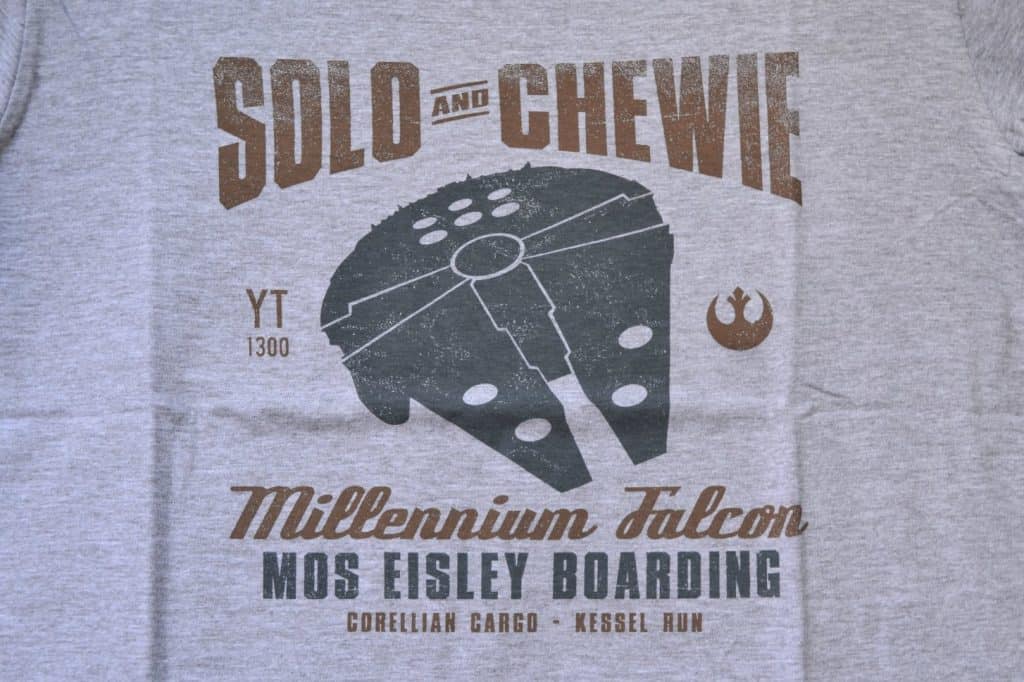 Along with the Funko Pop!, another exclusive is this Solo and Chewie T-shirt. I love this. Geek shirts are generally always cool and nicely made but the fabric of this is so soft. I never want to take it off. Also, I especially like the distressed look of the design over the heather grey t-shirt fabric. I think it just looks much more put together and natural then a transfer on a plain colour shirt. It’s the little details that put Wootbox ahead of other geek subscription boxes for me. 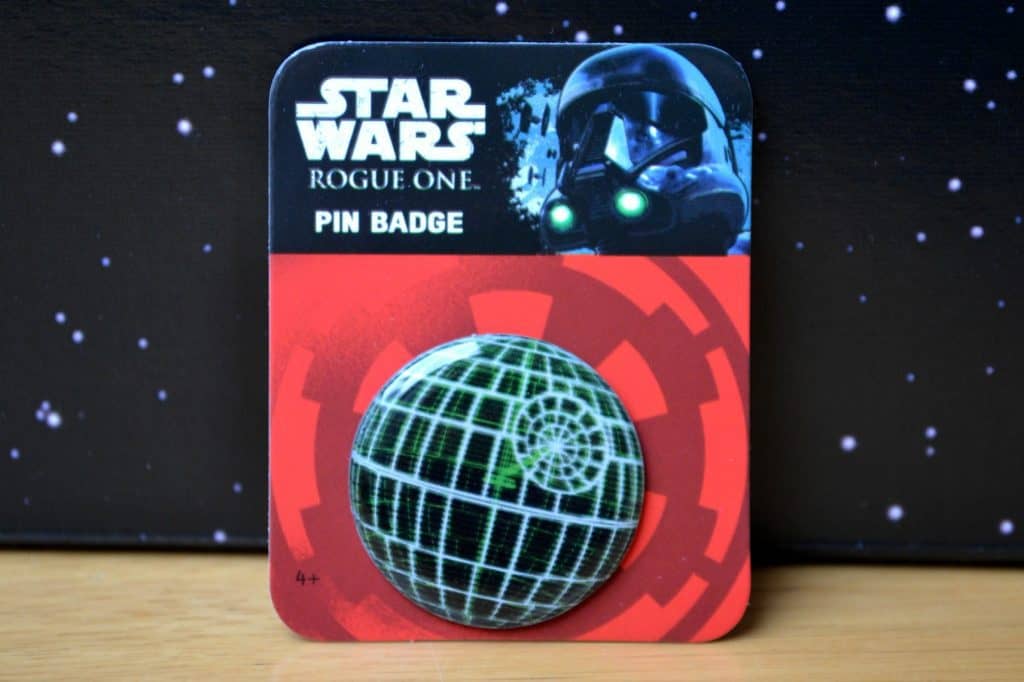 Every month Wootbox send a relevant pin Badge, much like Loot Crate with their monthly safety-pin badges! However, unlike them, they’re not branded Wootbox. They’re just another addition to the box and perfect for adding to a backpack or jacket. I like that. This months was the death star in a type of blueprint. A good thing to keep around just in case you forget about the thermal exhaust port and its direct line to the reactor core.

My first Wootbox was out of this world! Relevant to the time with the release of Rogue One, packed to the brim and including two exclusives- I'm really impressed.