Reviewed by Heather on 2nd April 2018 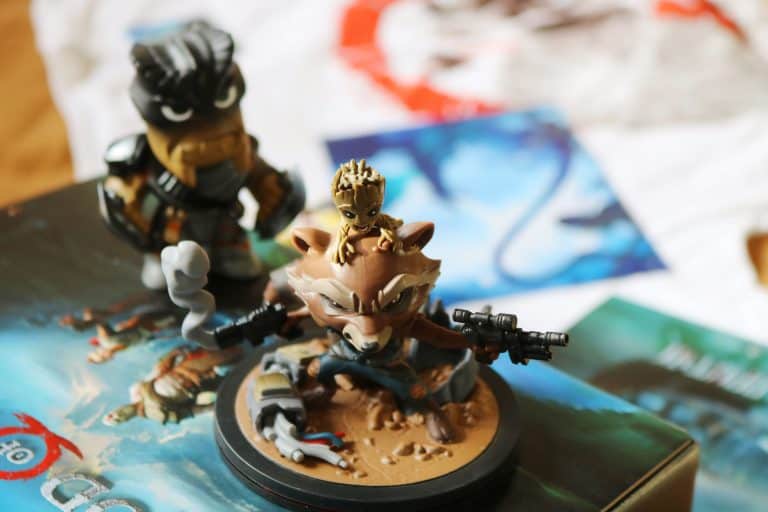 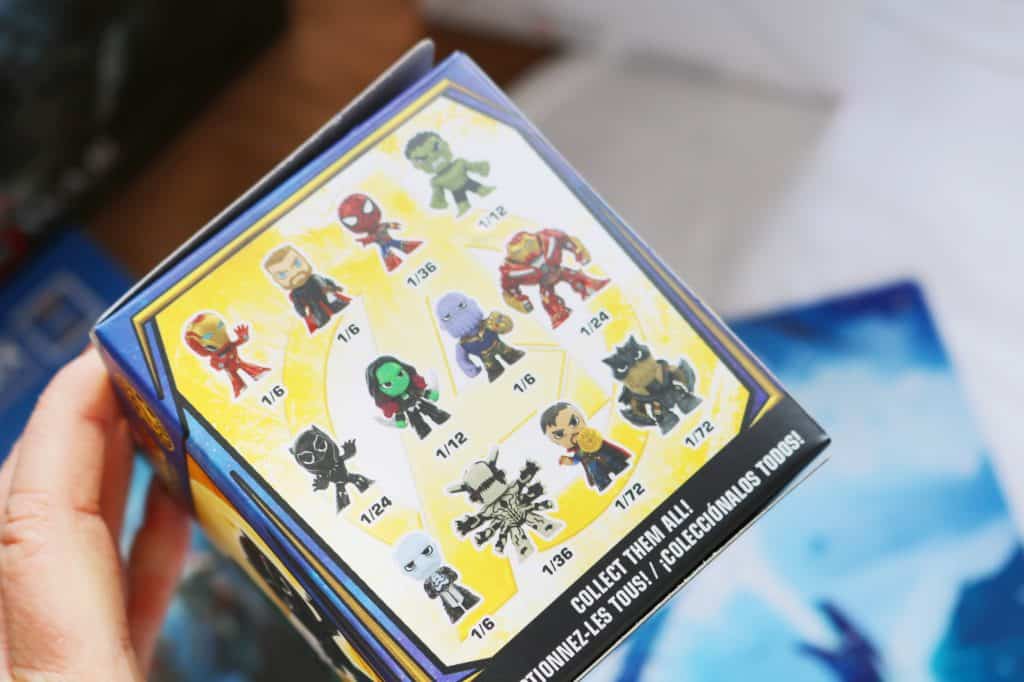 The first item from the box is a mystery boxed figure from the Marvel universe. I loved mystery boxes in the 90’s and I like to watch them now but I haven’t unboxed one for years. There are numerous characters available including iron man, spider man and the hulk.

The figurine I received in the mystery box is Cull Obsidian. It is a character I’m not familiar with at all but it is actually kind of cute! They are bobble head figurines and they’re more detailed than I thought they would be. The back of the box shows how rare or common the figurines are and the one I received seems to be one of the most rare at 1/72! 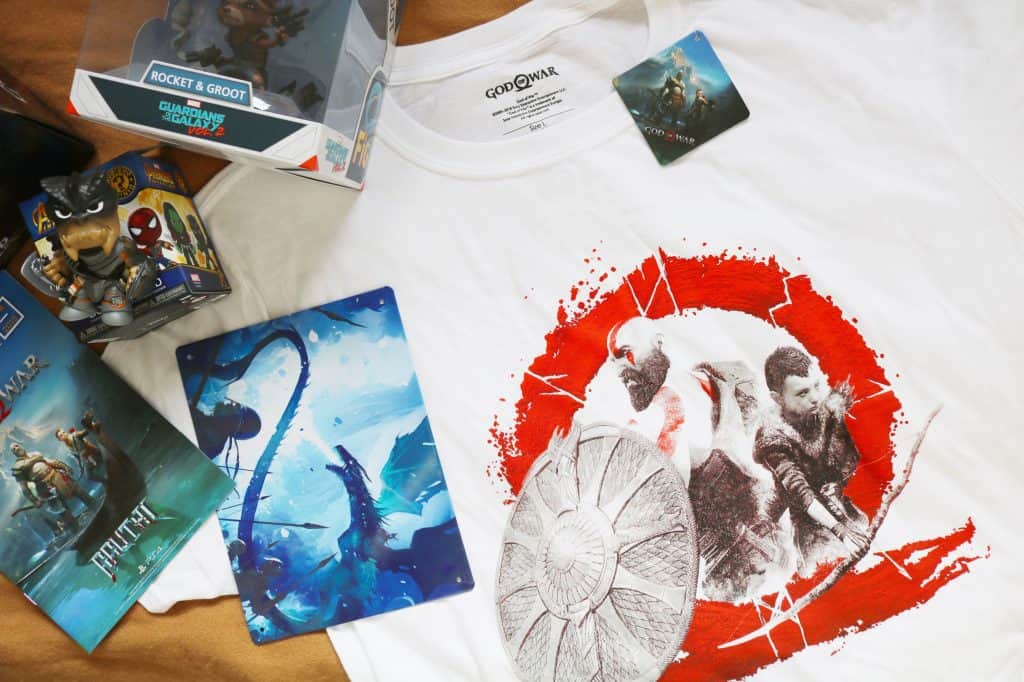 Within each box there is always a metal pin along with a fantastic t-shirt. The design for the April t-shirt is of God Of War which is a video game I haven’t already played but it looks amazing. God Of War seems to have a strong viking theme – I’ll definitely be looking into this game. I like the design and the quality of the t-shirt is always fantastic.

Next up is an item from Guardians Of the Galaxy and it’s another figurine. The figurine is very detailed and depicts a Rocket Raccoon and Baby Groot which is such a cute duo! It’s unlike all of the other figurines I’ve received in geeky boxes. 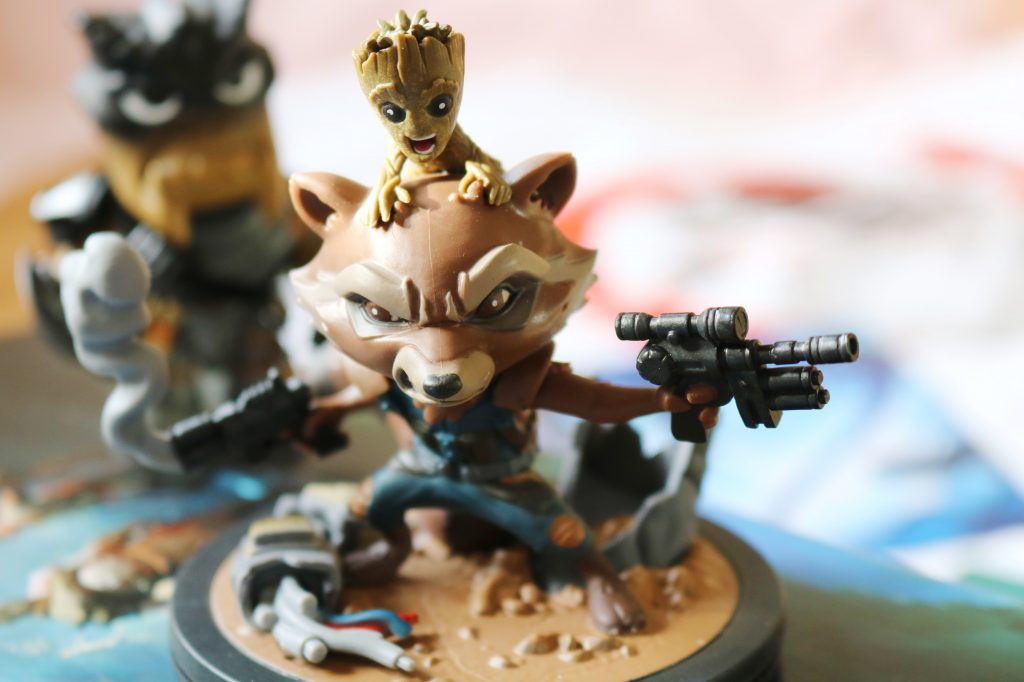 I love the scene/action like pose, the detail of the smoke and how cute Baby Groot is! Additionally, most of the other figurines I have such as the Funko Pop! figures can struggle to stand up on their own which is a little annoying but this one is much more stable as it has a built in stand/platform. There are a couple more higher value items in this box so it’s even more fantastic value for money. 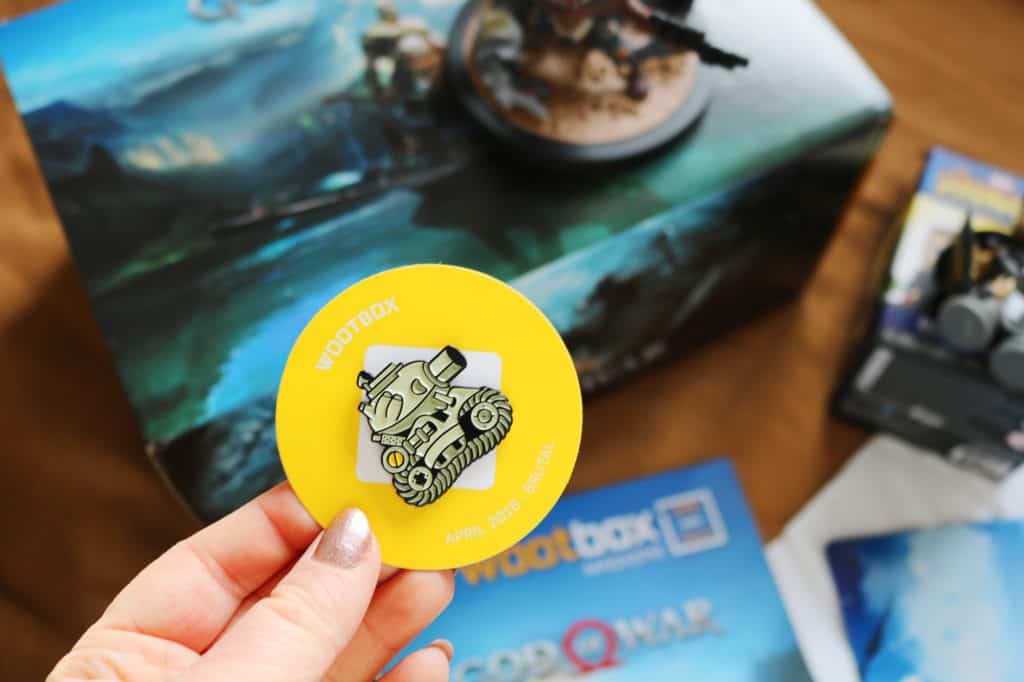 The pin for the April box is a metal tank pin which fits with the theme perfectly. The quality of the pins is always fantastic and this one is no different. The design of the pin reminds me of a PC war game my dad used to play back in the late 90’s which might have been called ‘Steel Panthers: World at War’. 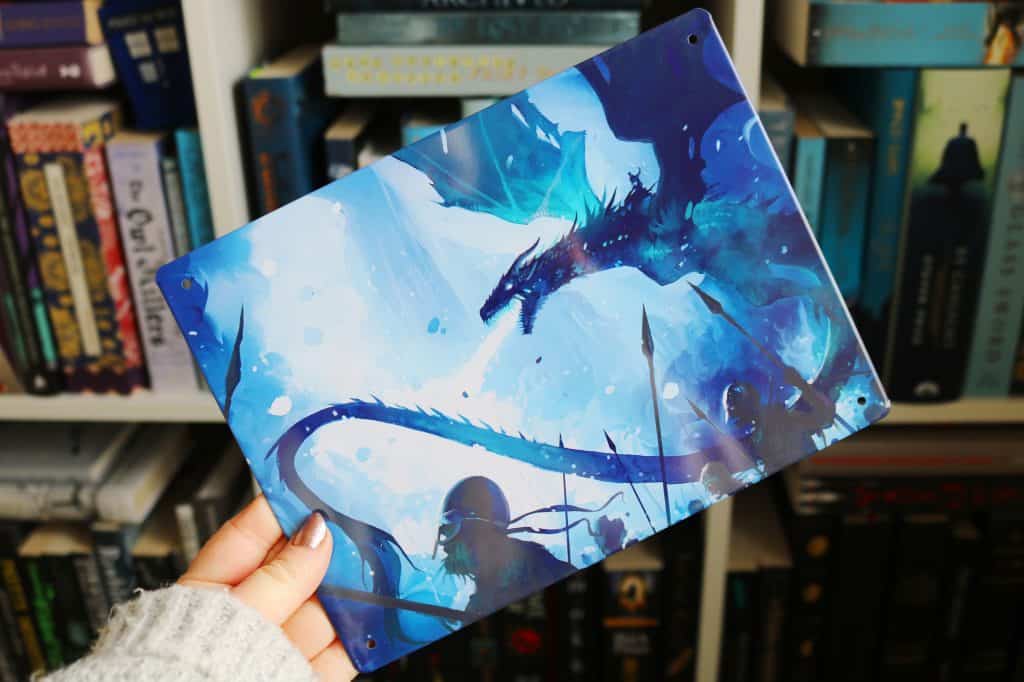 Last but not least is my favourite item from the box, although I liked the pin and mystery figurine too. It’s a metal plate that can be hung on the wall or stood up somewhere. I adore the fantasy battle scene and while I’m not sure of the specific TV show it is from, it reminds me of Lord Of The Rings which is one of my favourite movie series ever!

Overall, I think the value for money for the April box is fantastic and my favourite items have to include the pin, mystery figurine and the metal plate, the latter is a WootBox exclusive. I'd definitely recommend this box!