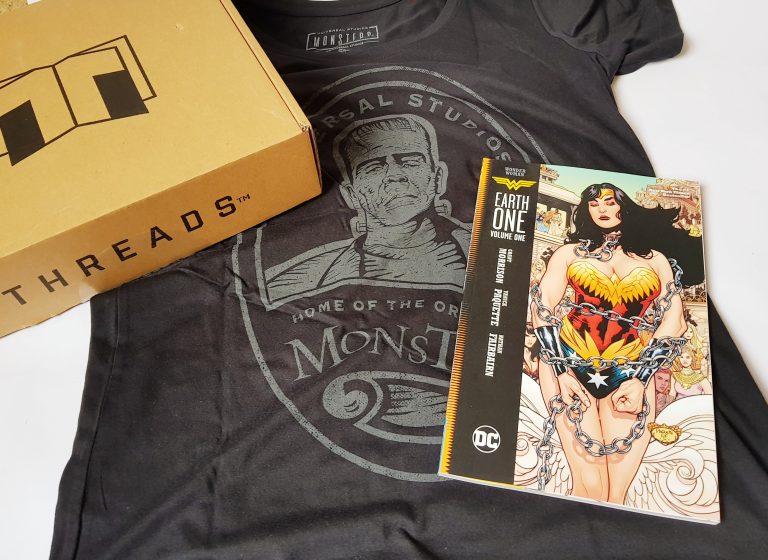 Threads is a monthly subscription that sends you a t-shirt and a graphic novel or book every month. It costs £9.99 per month, with reductions for longer subscriptions.

The box is from Zaavi.com, which is something of a one-stop shop for geeky movies, books, games, and apparel. 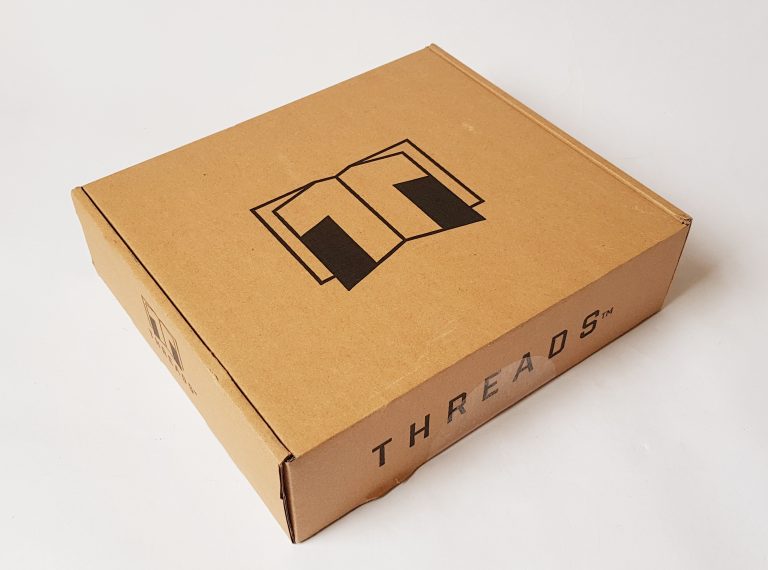 The delivery box is of a size, so it won’t fit through the door. 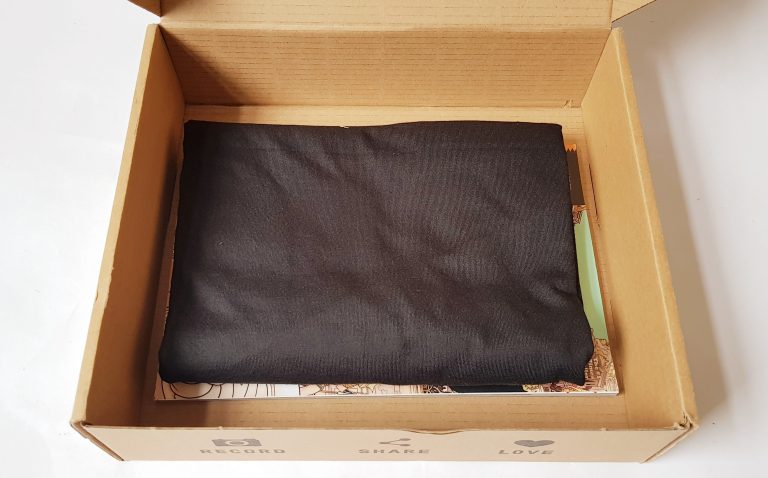 I see a folded tshirt and a book underneath. 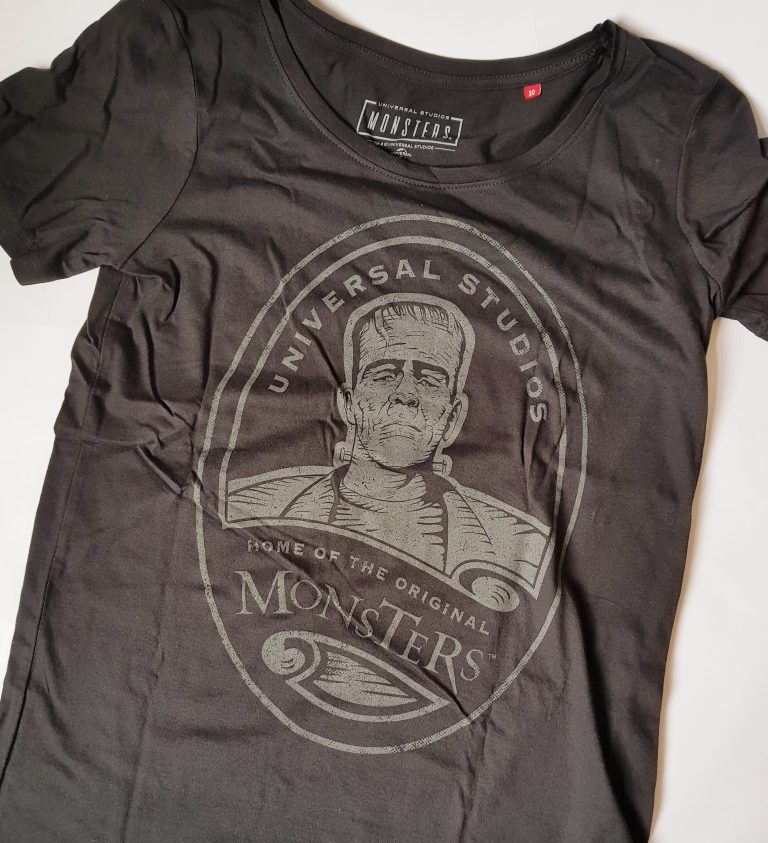 First, the t-shirt. It’s a Universal Studios t-shirt, with a design featuring the original Frankenstein’s Monster. 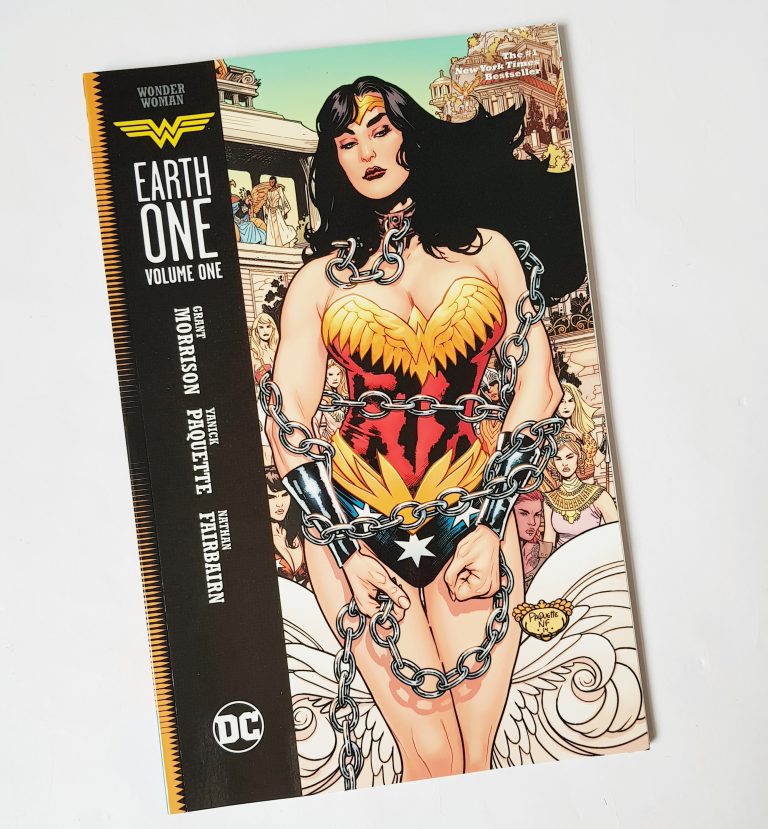 The book this month is actually graphic novel/comic, Wonder Woman Earth One, Volume One. 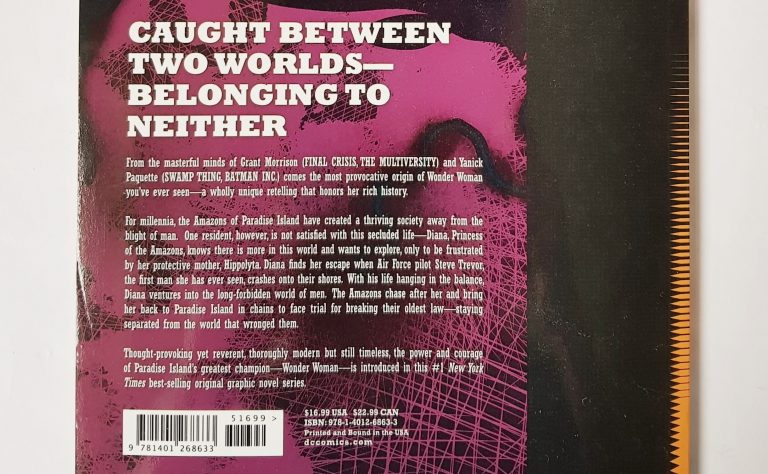 It’s a new take on the Wonder Woman origin story. The authors are well known in the comic and graphic novel world, and this is the first in a new Wonder Woman series.

Well, this box does exactly what it say on the tin. One t-shirt and one book/graphic novel/comic, though the two items aren’t connected in any way.

The t-shirt is nice quality, worth at least a tenner on its own. I’m not that excited about the actual design. It’s retro and a nice picture, but it doesn’t appeal to my particular taste. That being said, it’s still a nice t-shirt, and I like the muted monochrome colour scheme.

I do like Wonder Woman, though it’s worth bearing in mind that this book isn’t part of the official DC canon. It’s a re imagining of the Wonder Woman story.

The book is on Amazon for £12.99, and geek shirts are at least a tenner, so in terms of value this box is extremely good. Even if you don’t necessarily love both items every month, you can’t argue with the price, and looking at previous boxes I can see lots of things that I would absolutely love!

Even those these specific items aren’t quite to my own taste, I think this is a good value box for your basic geekiness. A book and a shirt are useful things, and there’s no plastic tat to be seen!

Excellent value for something geeky to wear and read every month.