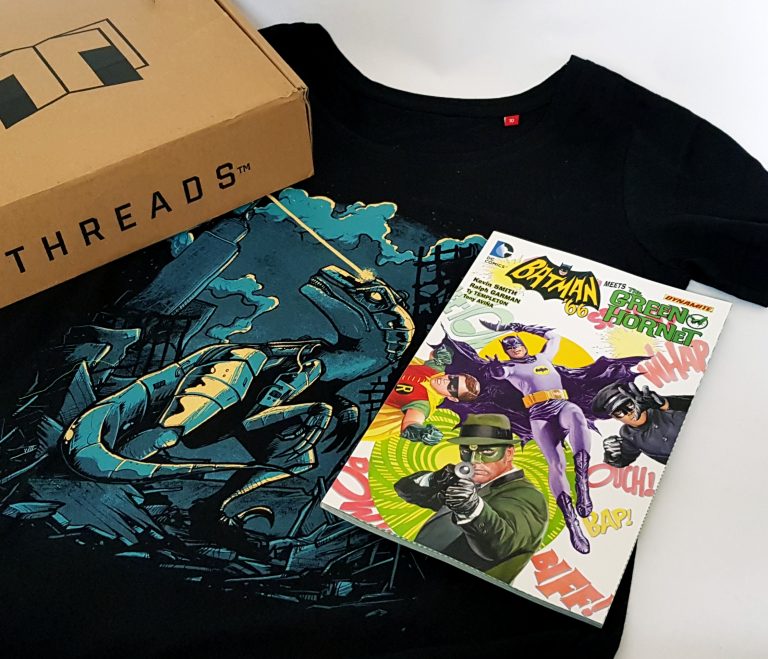 Threads is a monthly subscription from Zaavi.com, which is something of a one-stop shop for geeky movies, books, games, and apparel. It’s a simple idea, you get a t-shirt and a graphic novel or book every month. It costs £9.99 per month, with reductions for longer subscriptions. Given the average price of books and t-shirts, this is an excellent deal. 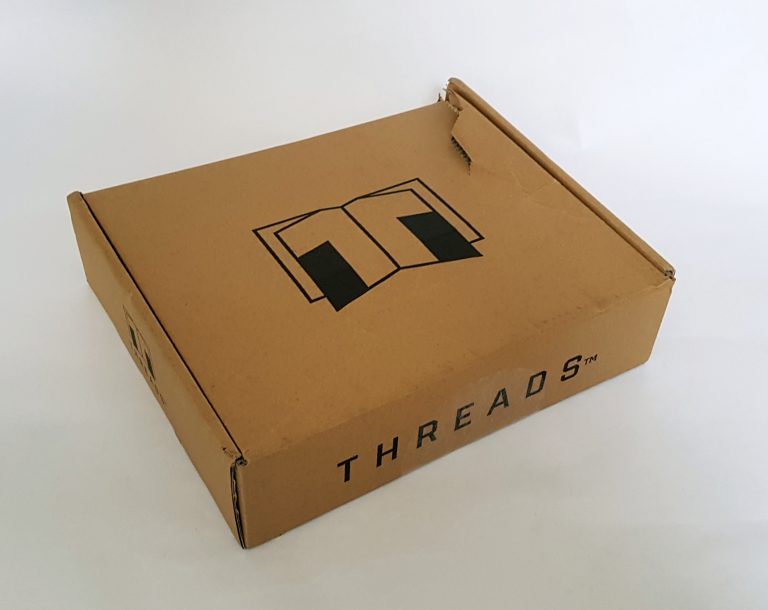 The box is branded and basic. This one arrived a little bashed, but the contents were just fine. Also books and t-shirts aren’t exactly fragile! 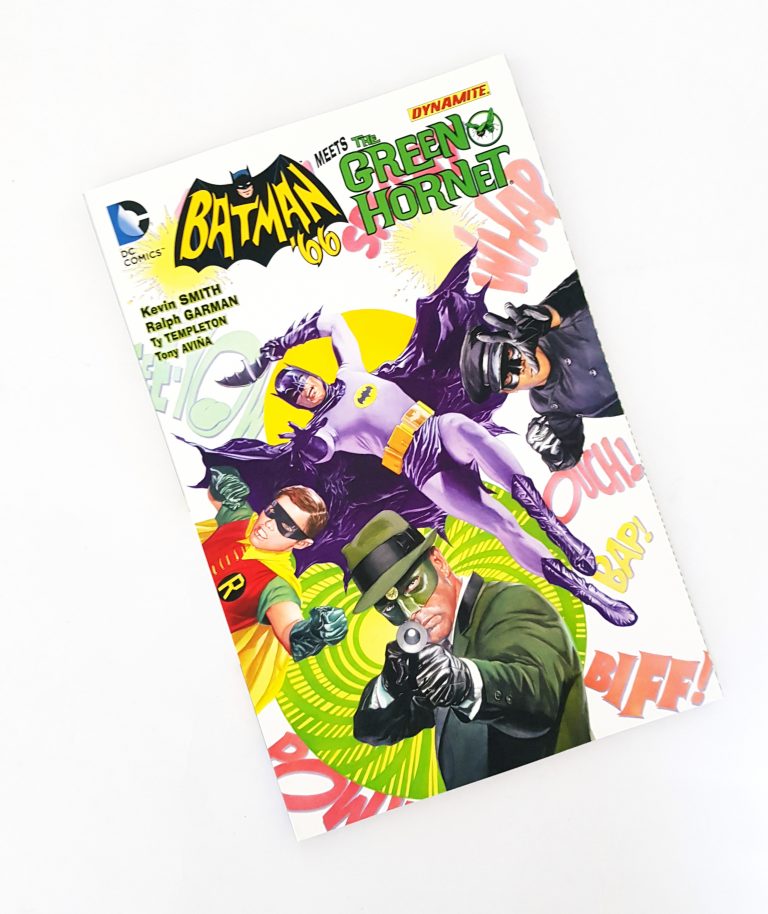 This month’s book is Batman ’66 Meets the Green Hornet. 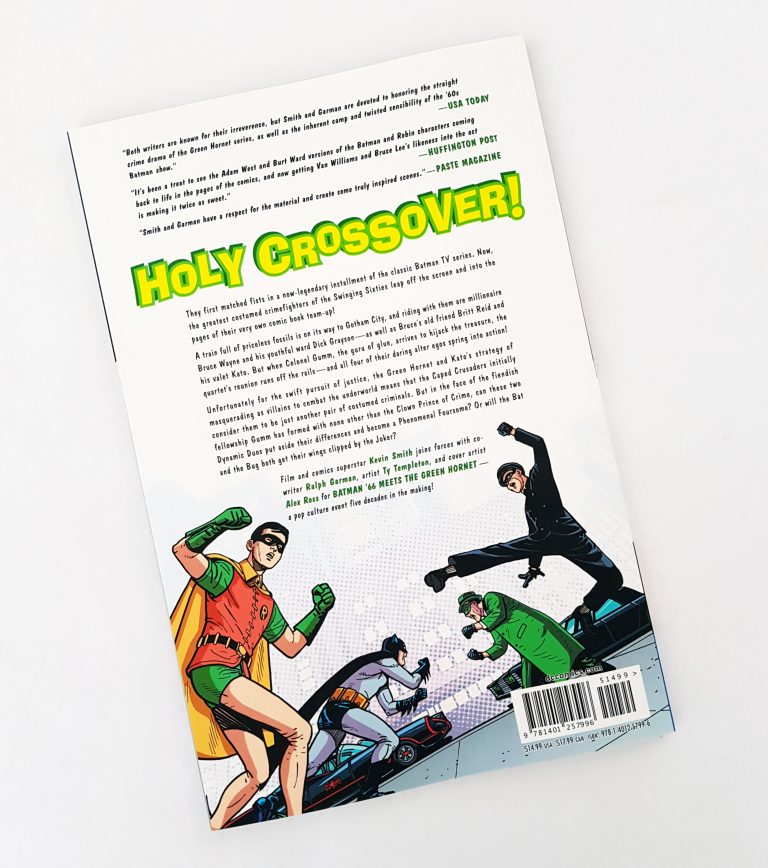 This crossover first appeared in the wonderfully camp TV series starring Adam West, which most people with remember fondly from childhood. 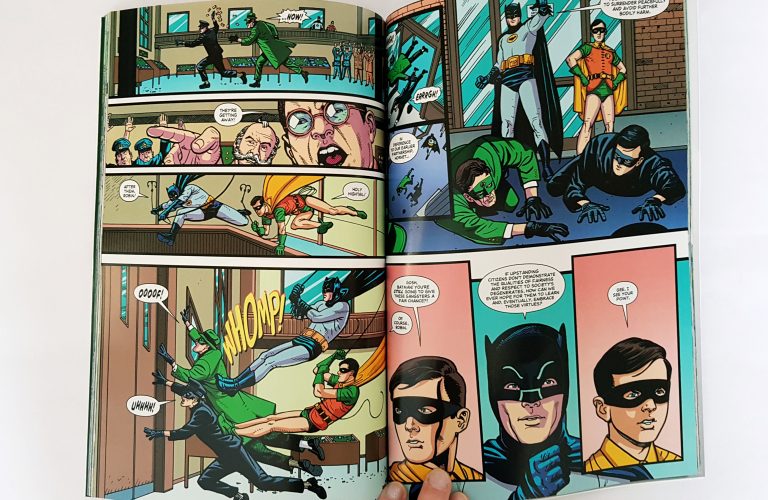 This comic book uses the visual style of the TV series, along with tongue-in-cheek dialogue and over the top action.

This is a great modern interpretation of a retro classic.and judging by the review, fans seem to agree! 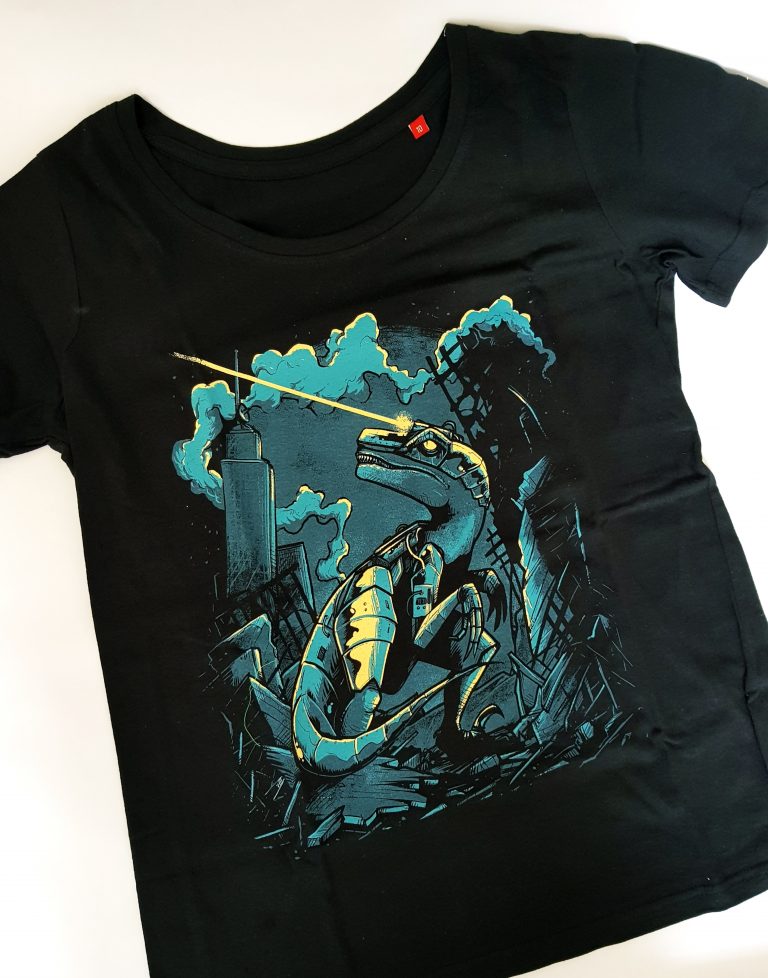 I’m not quite sure of the actual character on this month’s t-shirt, but I love the design anyway! I thought it might be a reference to Godzilla, being a lizard monster-type thing surrounded by the smoking ruins of what looks a little like New York City. But It looks a little more like a T-Rex and it also has robotic parts to its body.

You don’t get any kind of menu with Threads, so as far as I’m concerned it’s just a cool sci-fi/monster movie shirt.

Threads t-shirts are all 100% cotton and pretty good quality, and pleasingly, they have both male and female versions. So ladies can have a slightly more fitted version with a wider neck (as above), or go for the baggier men’s version. As far as I can tell it’s pretty true to size, I get size 10 and it fits nicely.

As I said before £9.99 is excellent value. The book RRP is £10.99, and though I found it in The Works for £7, that’s still way over half the cost of the box. The t-shirt is definitely worth more than £3, so you’re getting fantastic bag for your buck.

The random selection of books and shirts means it's something of a lucky dip, but at a tenner for a cool shirt and fun book, you can't complain!