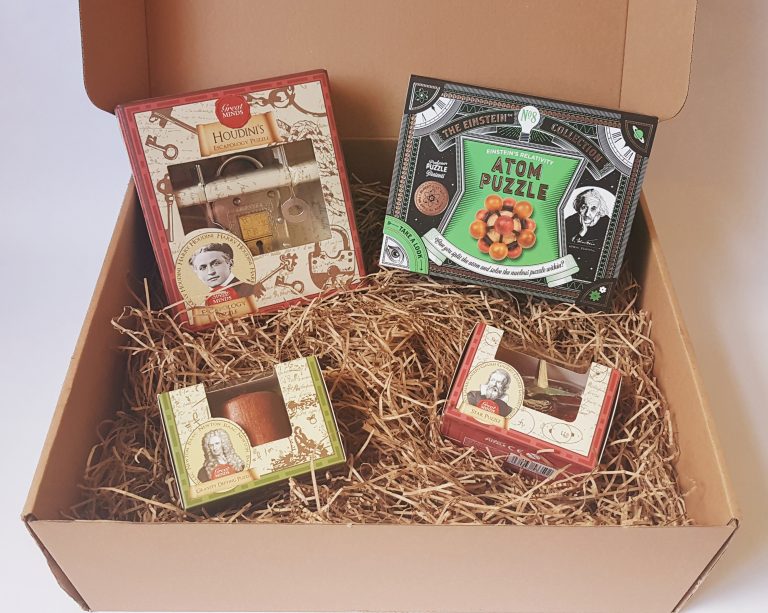 This is one of the most unusual subscription boxes I have ever heard of!

Teaser Crate is a box of four – two small and two large – wooden and metal puzzles of the brainteaser type.

You will probably be familiar with the kind of thing I mean, perhaps two interlocking metal pieces to separate, or a wooden shape to take apart and put back together.

They’re suitable for adults and children, depending on skill level.

The crate starts at £39 per month. 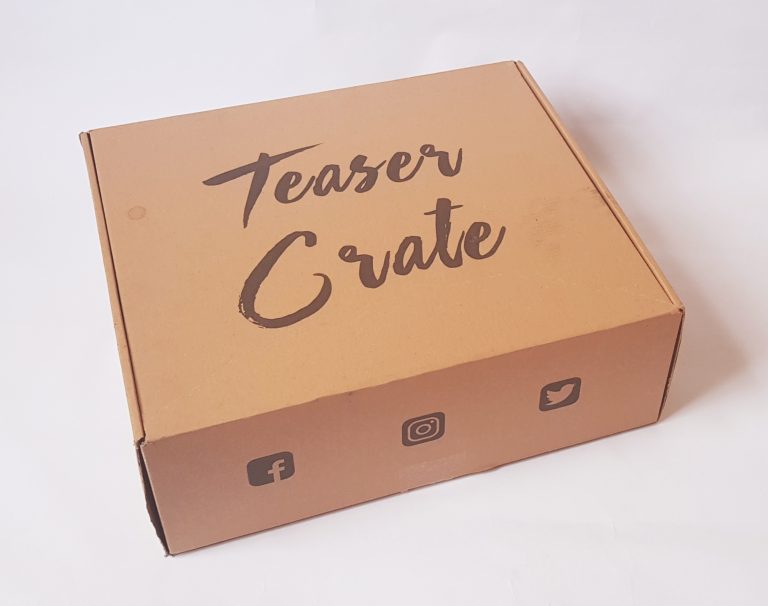 The box itself is quite large, so expect to either be in when it arrives or take a trip to the sorting office. 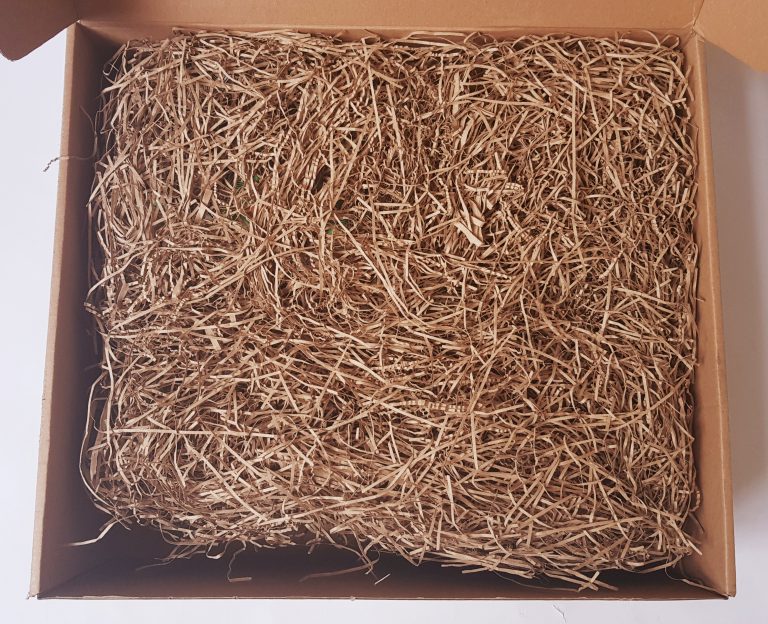 Inside there’s plenty of padding. It’s all shredded paper, so the box and padding is all recyclable. 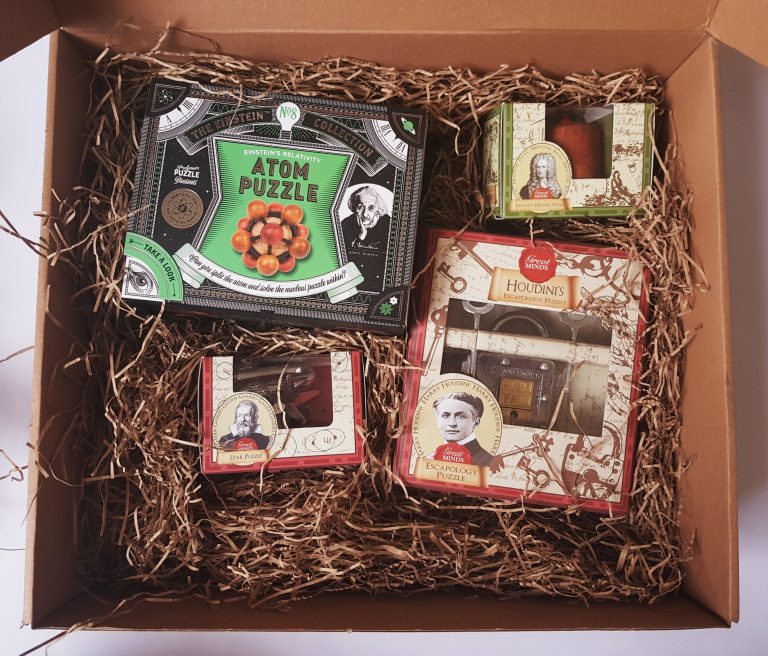 The four puzzles under the top layer of shred. As you can see, there are two large and two small. 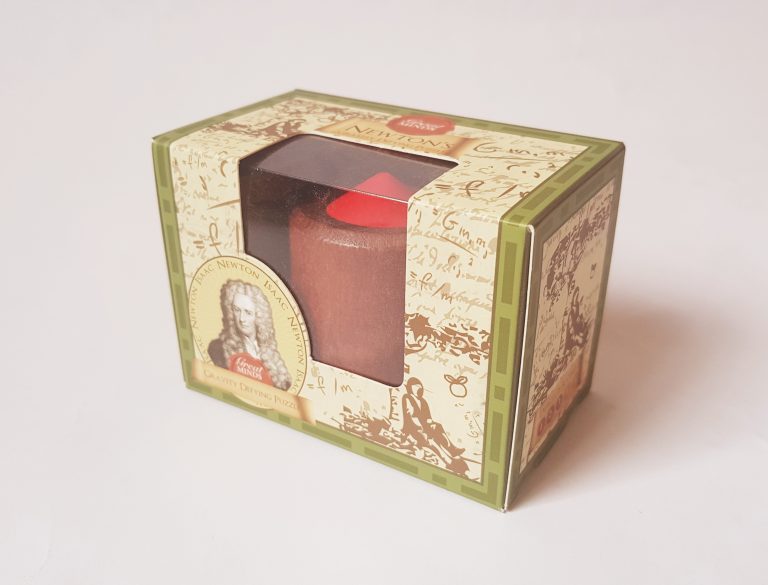 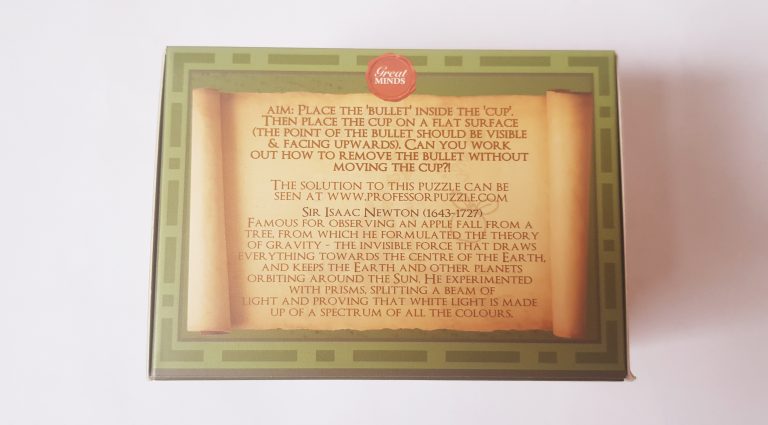 This is a puzzle that requires some ingenuity, and consists of a wooden ‘bullet’ inside a wooden cup. The idea is to remove the bullet without moving or touching the cup itself. 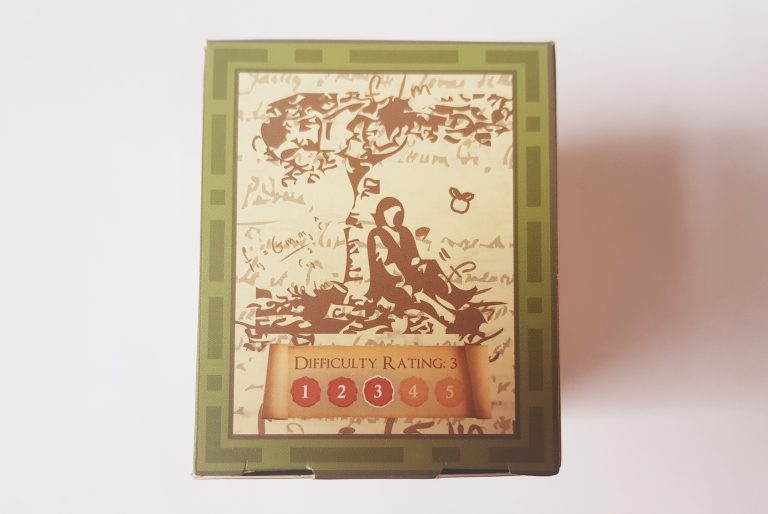 It’s good there is a difficulty rating, so you can guess how long it might take you to solve! 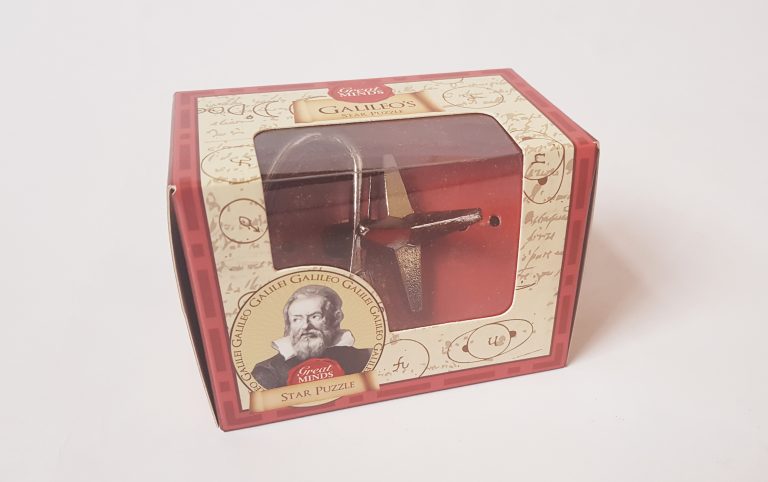 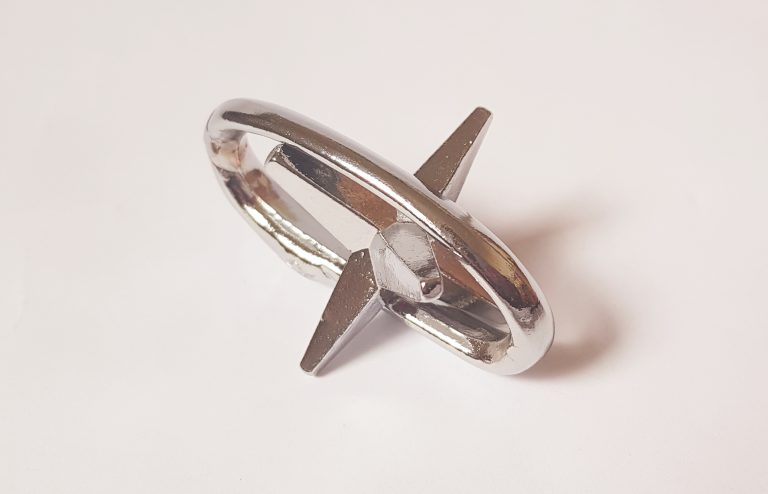 You figure out how to remove the star from the metal loop. 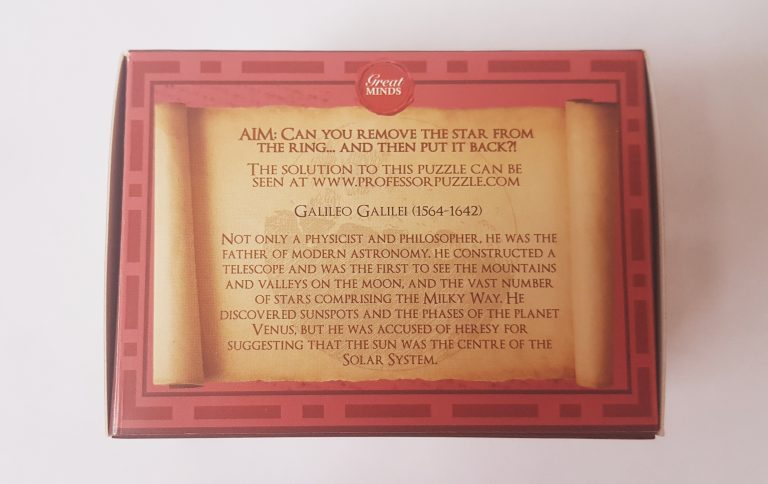 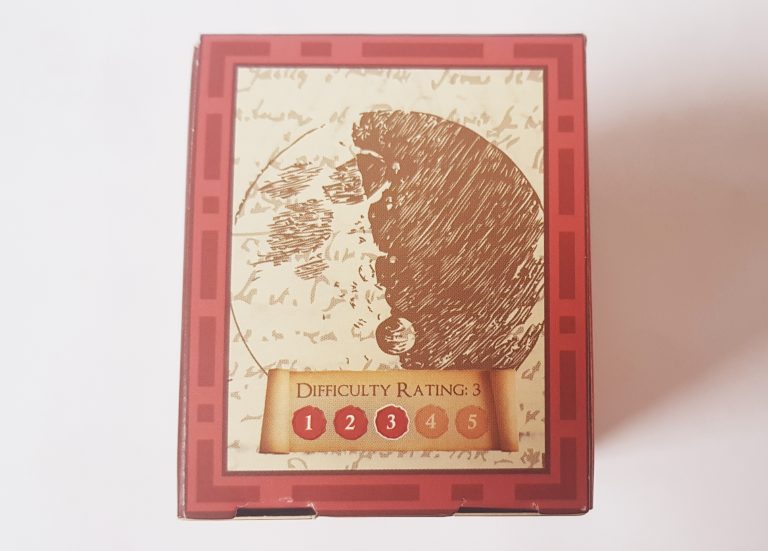 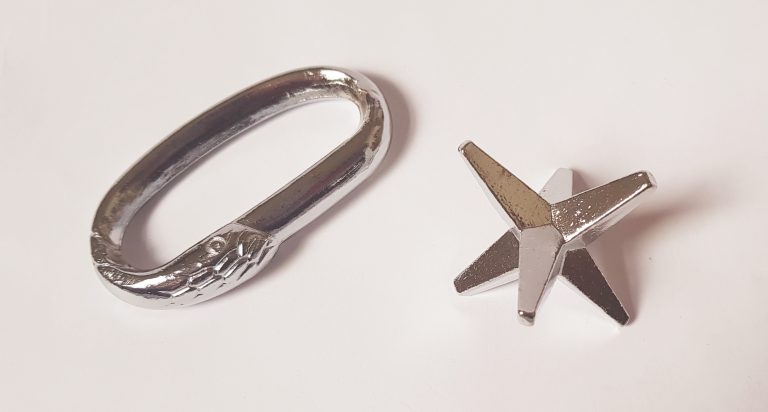 I’ve actually done similar puzzles before, so they’re not that tricky to figure out. It’s still satisfyingly fiddly though. 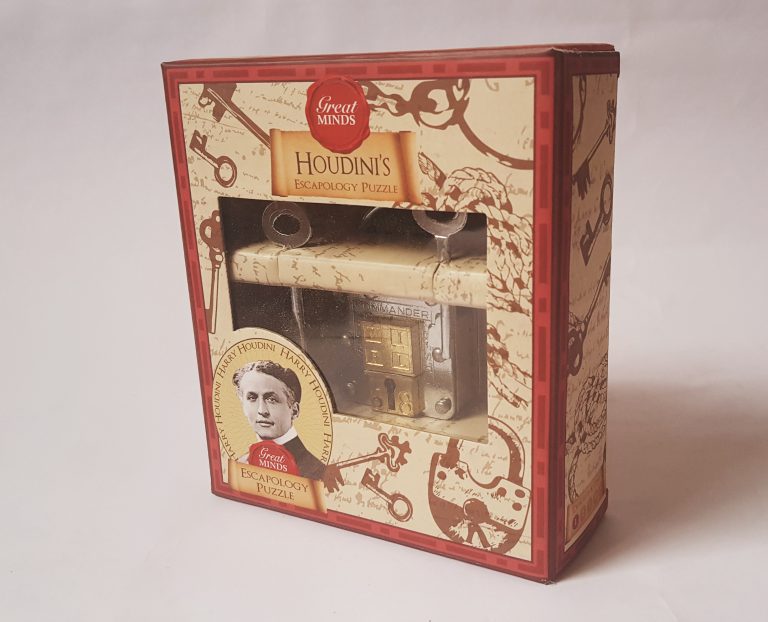 The first of the larger puzzles is Houdini’s Escapology Puzzle. 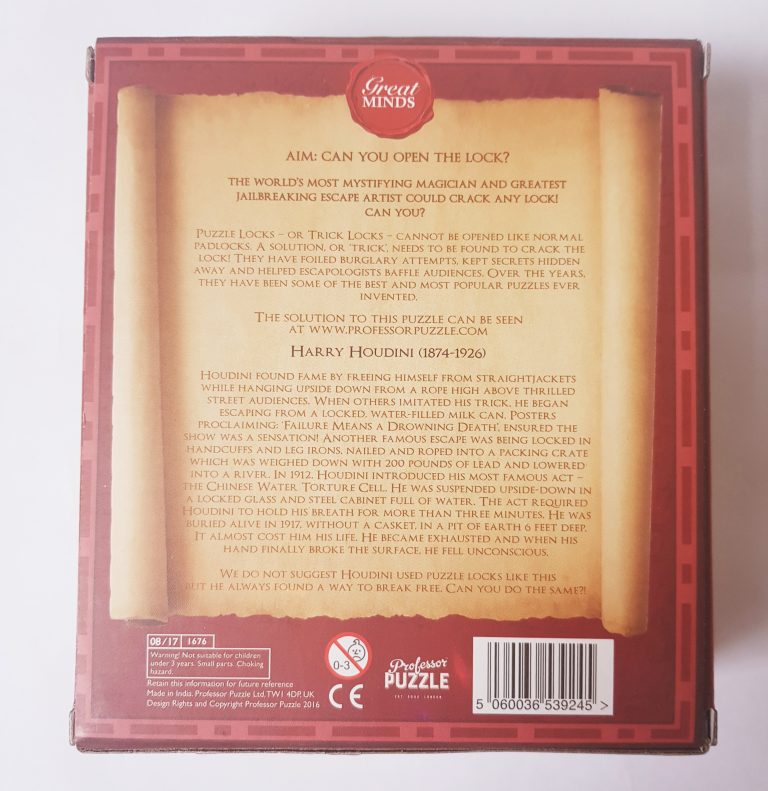 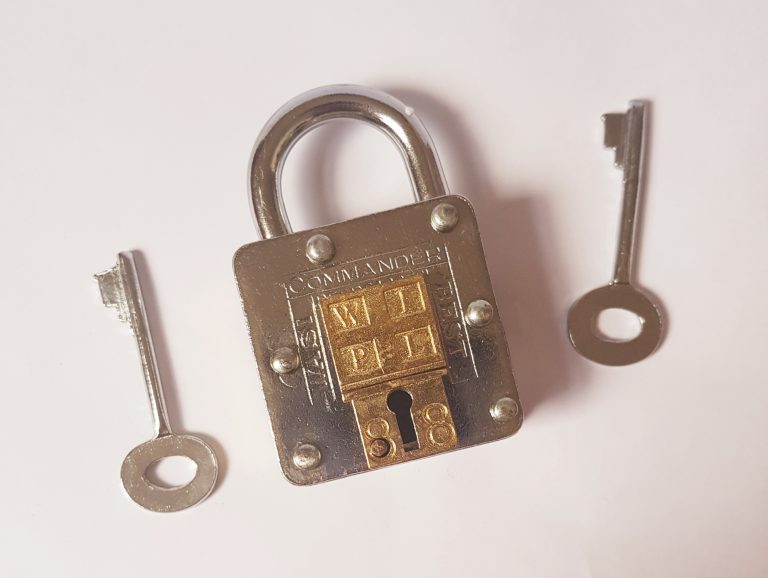 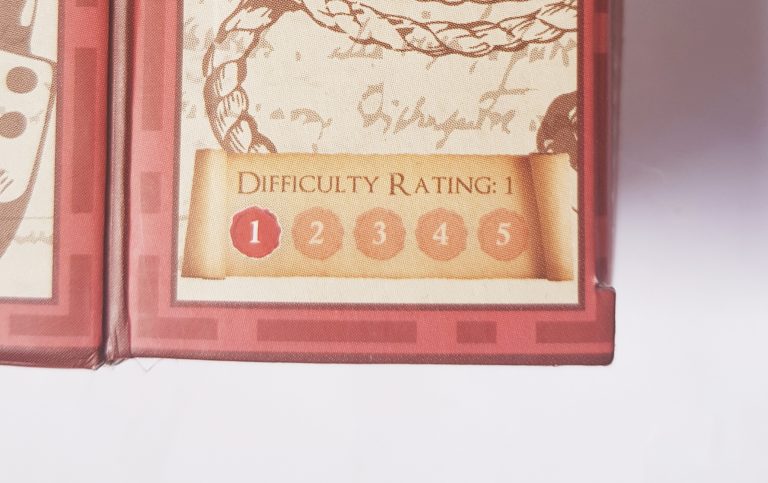 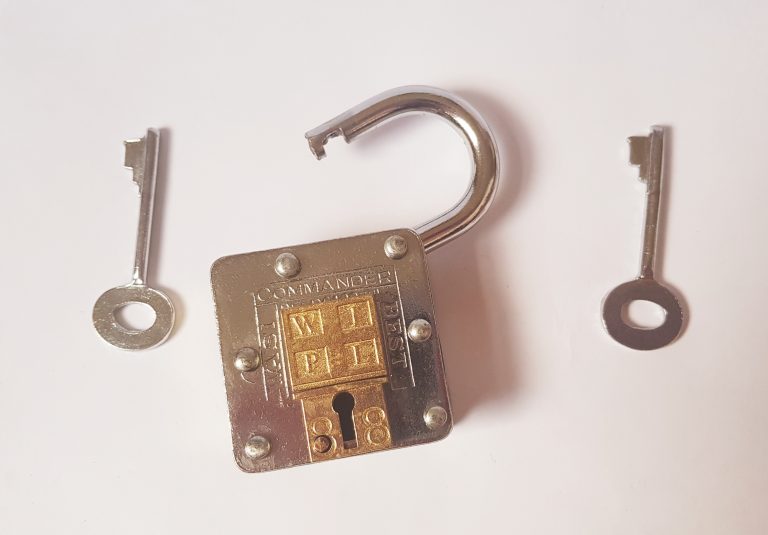 Done! It’s quite handy that two keys are provided in case you lose one. 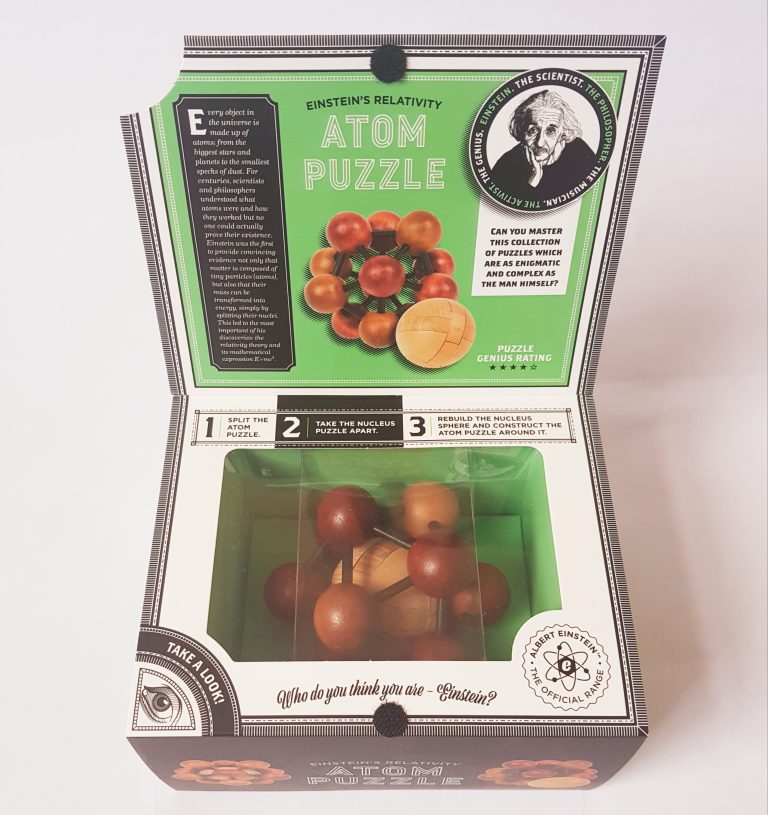 This is a lovely wooden puzzle, and is technically two puzzles in one. 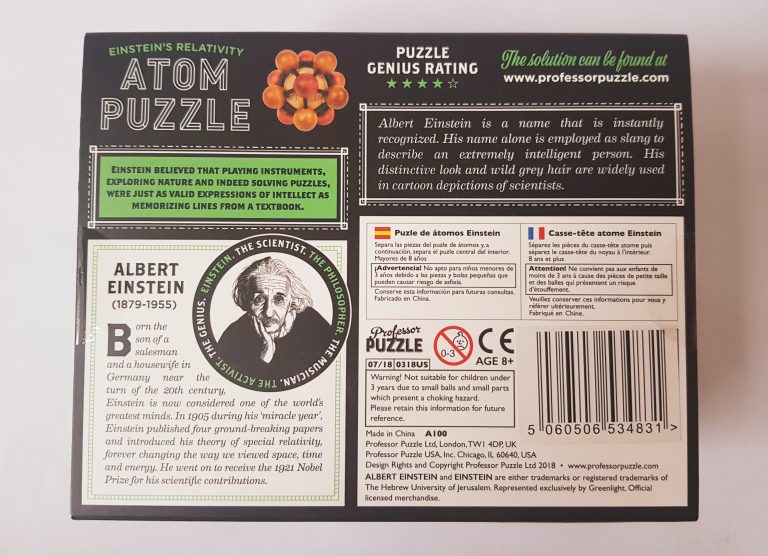 You remove the outer ‘shell’ then disassemble the inner ‘nucleus’. But then you have to put it all back together again!

I haven’t had time to play with this one yet, but I love that it’s wooden, it’s a lovely tactile material.

This really is a remarkable selection.

It’s possibly relatively niche, but if you’re someone who likes to fidget with things, and of course solve puzzles, this is a rather nice way of accumulating a collection.

There’s so much that is screen based now that it’s rather nice to be able to actually use your hands to solve a physical puzzle.

I’m looking forward very much to trying out the Atom puzzle, because as I said, I love the fact that it’s made of wood, as is the bullet.

The packaging of the puzzles themselves are very nice too. They’re all the same brand, which seems to specialize in this kind of toy. If you’re stuck for solutions you can find them online as well!

The Houdini puzzle, while impressive in size, was by far the easiest, though so far I’ve only tried it myself. It would be interesting to see what kids make of it!

The one drawback is that once you’ve solved the puzzles, especially the easier ones, they’re not quite so satisfying, though of course you’ve still got the showing off value. But they could also be a nice way to challenge guests!

An unusual but entertaining box of puzzle toys. There's a pleasing range of difficulty, so they are something the whole family could enjoy. A nice way to exercise your brain in a hand-on way!

How would you rate Teaser Crate ?