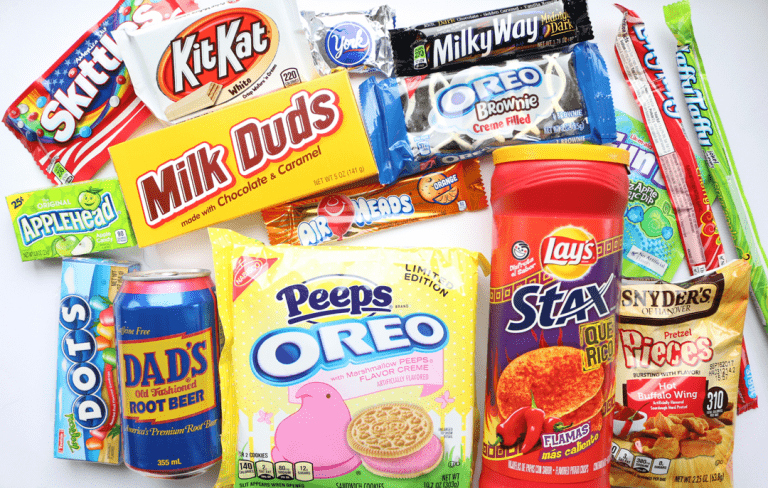 The popularity of American candy and chocolate has grown enormously in the UK over the past couple of years, so it’s no surprise to see a subscription box that’s dedicated to bringing you the very best treats from the USA. If you have a major sweet tooth or just want to try out something different, this is the box for you!

Taffy Mail offers three different sized subscription boxes (Lite, Classic and Extra), and each one is shipped direct to your door every month. The contents of the boxes are a surprise, but you can expect to receive well known American brands, and they include a mix of candy, chocolate, savoury snacks, soda etc, whilst the bigger Extra box contains premium items like American cereal and larger packs of Limited Edition Oreo flavours. Yum!

I was kindly sent last month’s Extra Taffy Mail box to try out, and as it arrived on my birthday the other day, I couldn’t wait to get stuck in. The box was much heavier than I expected as the Extra sized boxes can contain up to 20 items, so you get a lot of American treats with this option.

Here’s what I found inside:- 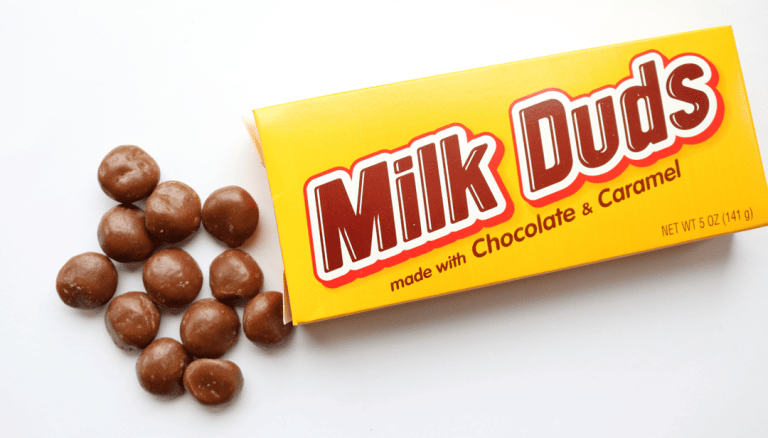 Being a big toffee fan, I’ve been wanting to try Milk Duds for a long time and they didn’t disappoint. They’re basically chocolate covered pieces of hard caramel/toffee, and this box was a generous 141g size. The chocolate was a little strange to start with as American chocolate tends me a lot less sweet and milky than British chocolate is, but my taste buds soon got used to it and these Milk Duds were quickly devoured! 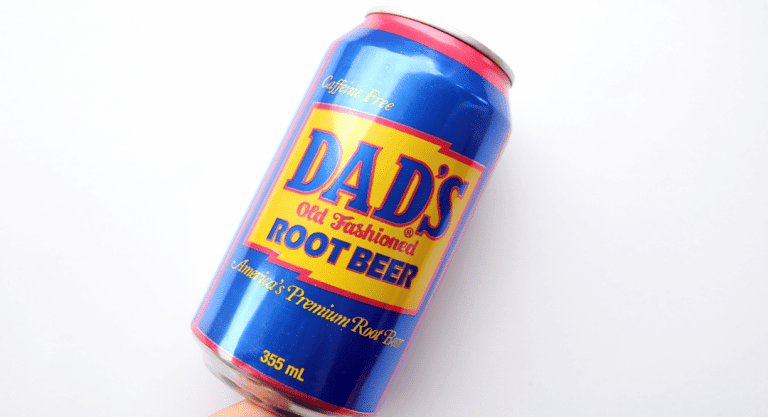 It’s not often that I drink root beer as it’s not easy to find here in the UK, but I have tried this in the past and loved it as a one-off treat. Dad’s is one of the leading brands and it’s one of my favourite root beers out of the few that I’ve tasted. 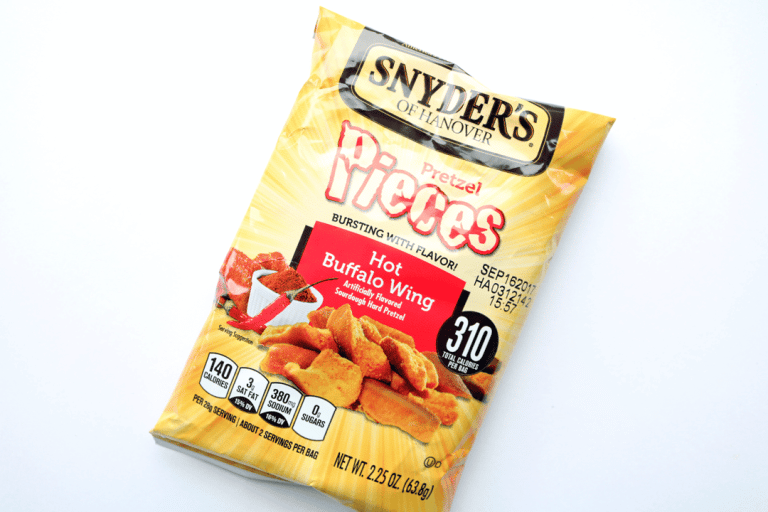 For something hot and savoury, these chunky pretzel pieces really satisfy a snack craving and I loved this Hot Buffalo Wing flavour. They have just the right amount of heat and crunch – very tasty! 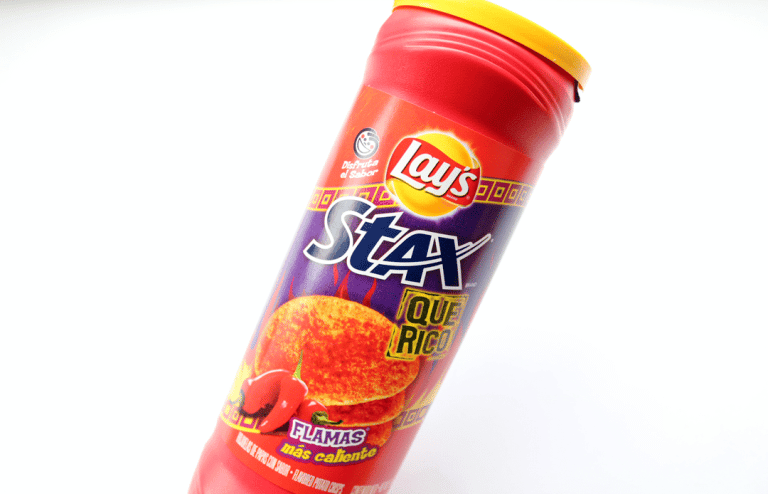 These were very similar to Pringles and came stacked up in a bright red tube. When I opened them up, I could instantly smell a fiery seasoning and these crisps look exactly like they do on the tube with a bright red powder covering them. They were a lot spicier than I expected, but this was a good thing as I love hot chillies, so the spicier the better! 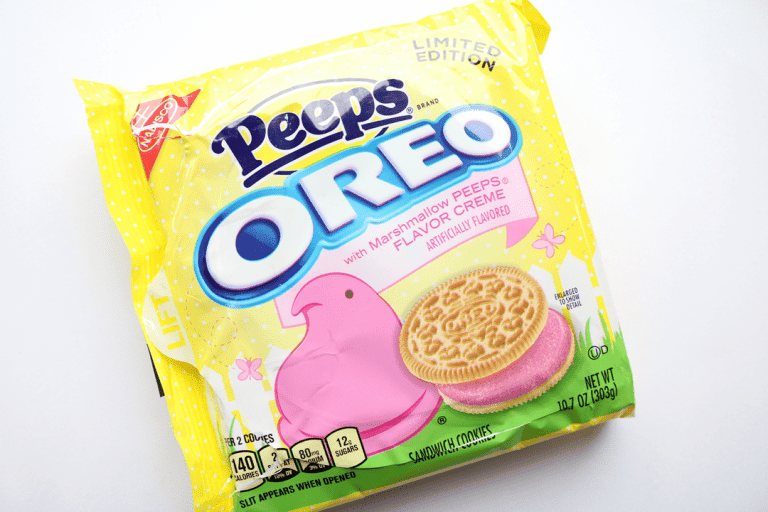 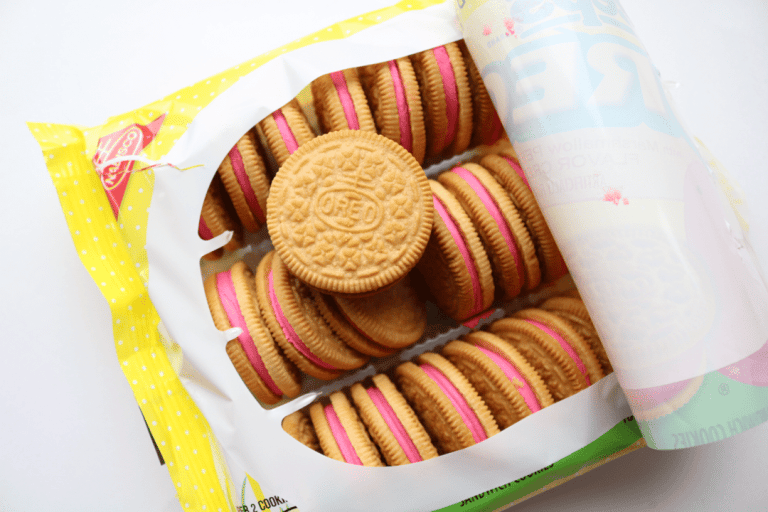 I love trying out the different flavours of Oreos so I was thrilled to see a large pack of this Limited Edition Peeps flavour in the Taffy Mail box. I haven’t tried Peeps before, but I’ve seen them mentioned in countless movies and TV shows as they’re a popular marshmallow treat that come shaped as chicks or rabbits around Easter time in the US. These Oreos featured a gold cookie with a bright pink Peeps marshmallow-meets-cream flavouring in the middle. They are incredibly sweet and dangerously addictive! 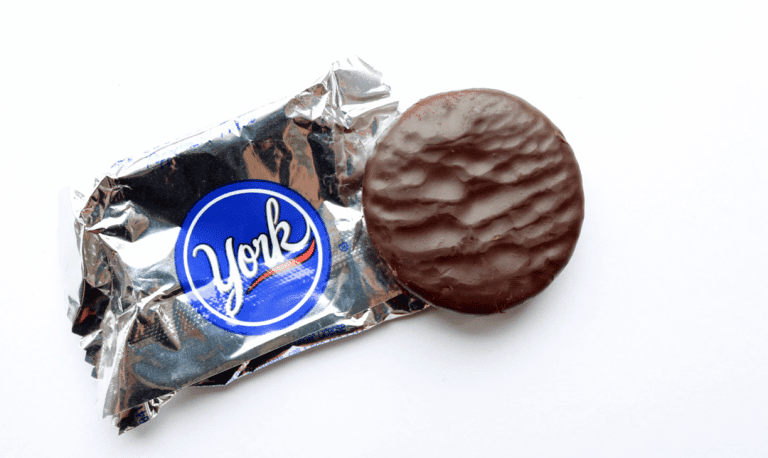 You can’t go wrong with a chocolate covered peppermint pattie and this York one was great. Simple but delicious. I could happily eat a whole box of these! 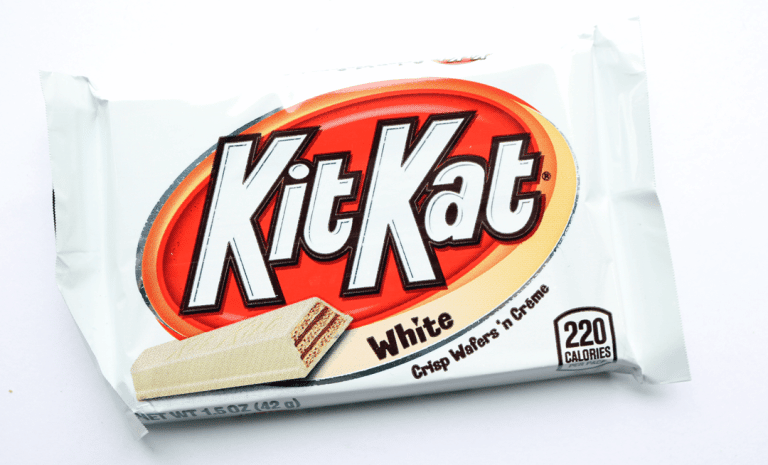 A white chocolate KitKat?! I’ve never seen one of these before! This flavour had the classic KitKat crispy wafers, but with a creme filling and covered in white chocolate. It was a little too sickly for me as I’m not the biggest fan of white chocolate, but my sister enjoyed it. 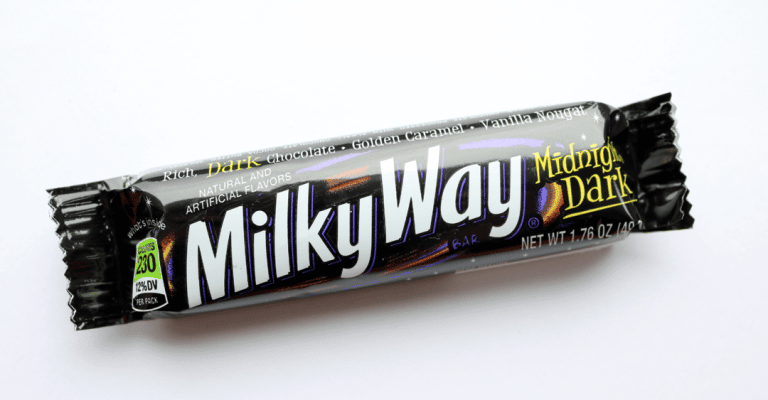 In the UK, MilkyWays are quite plain with just a soft vanilla nougat centre covered in milk chocolate, so it was interesting to try an American flavour for a change. This Midnight Dark one has vanilla nougat and a surprise layer of caramel, smothered in rich dark chocolate. Yum! 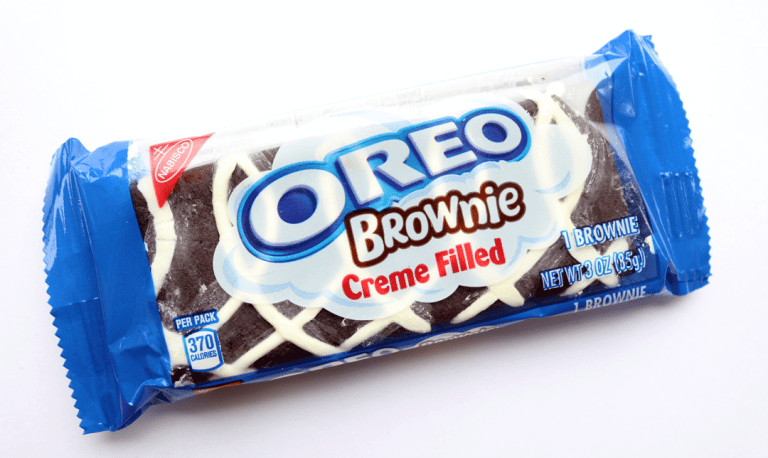 Despite being a hardcore Oreo fan, this brownie wasn’t as good as I hoped it would be. It was OK, but the chocolate cake flavour was a little bland and stodgy, and the creme filling was a bit too sweet for me. 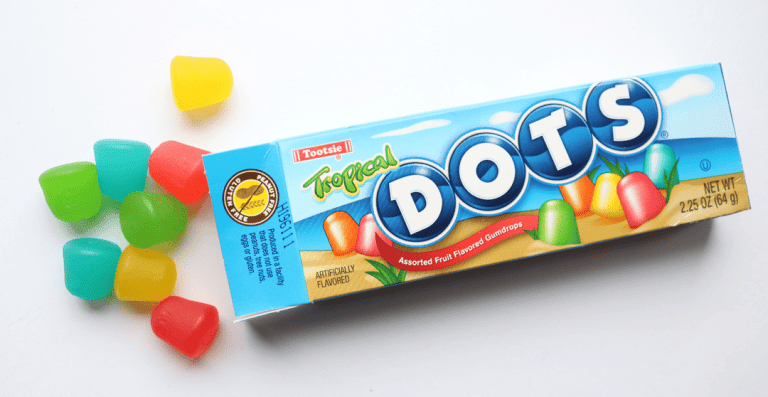 These Tootise Tropical Dots were similar to Wine Gums, but perhaps not as hard. They had a good chewy texture with lots of different tropical fruity flavours included in the pack, and it was a generous pack size to share with friends. 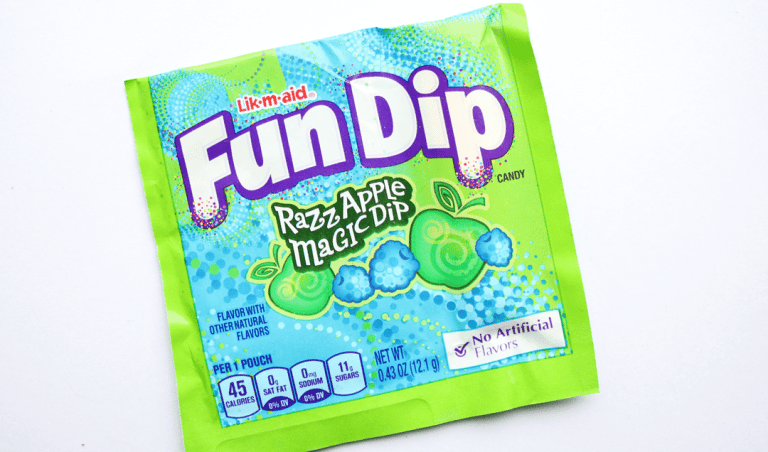 I haven’t had anything like this since I was a child and this dip really took me on a trip down memory lane! I used to buy something similar from the local sweet shop after school – one side has a candy stick and the other side has an apple flavoured sugary powder that you can dip the candy stick into. Oh the memories! 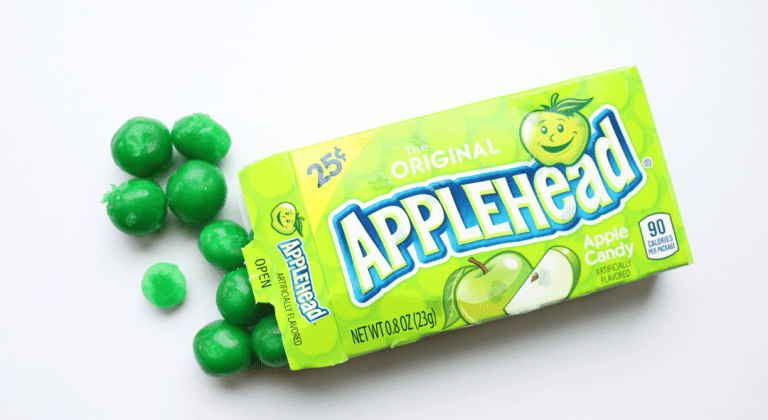 America is well known for its sour sweets and these Appleheads have a mildly sour tang to them with a sugary sweet candy centre. They do seem to have a tendency to stick together in the packet, so give them a little shake beforehand to separate them before eating.

Airheads are a taffy-like chewy candy and this orange flavour was really nice and fruity with a little tang to it. Definitely one to try if you have a chewy candy craving!

I’ve had Laffy Taffy before and they’re basically really long sticks of chewy taffy that are softer in texture than the Airheads above, and more like a Chewits. The Cherry flavour was great, but the Sour Apple one wasn’t sour at all, with only a hint of apple flavouring. A little hit and miss. 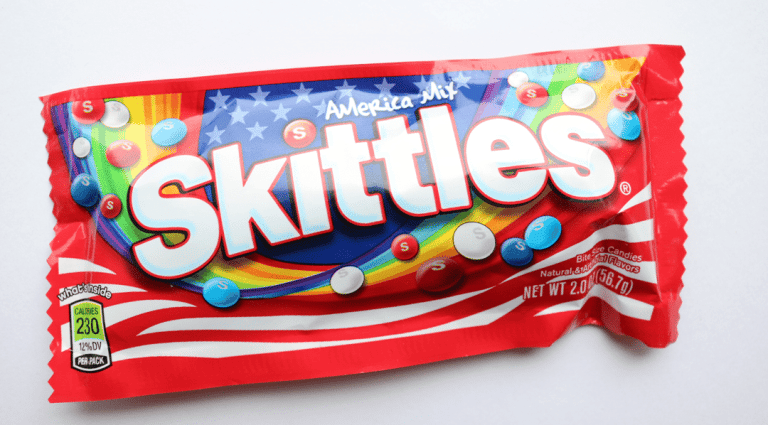 The last product that I found in the Taffy Mail box was a packet of special America Mix Skittles. These are like the regular Skittles that we have over here, but with different fruity flavours that match up to the colours of the American flag. Yum!

For anyone who has a sweet tooth or wants to try something different, Taffy Mail is the box for all your American candy cravings! I was so surprised by the varied selection and I particularly loved the Dark Milkyway, Milk Duds, Lays Stax, Dad's Root Beer and those amazing Peeps Oreos!