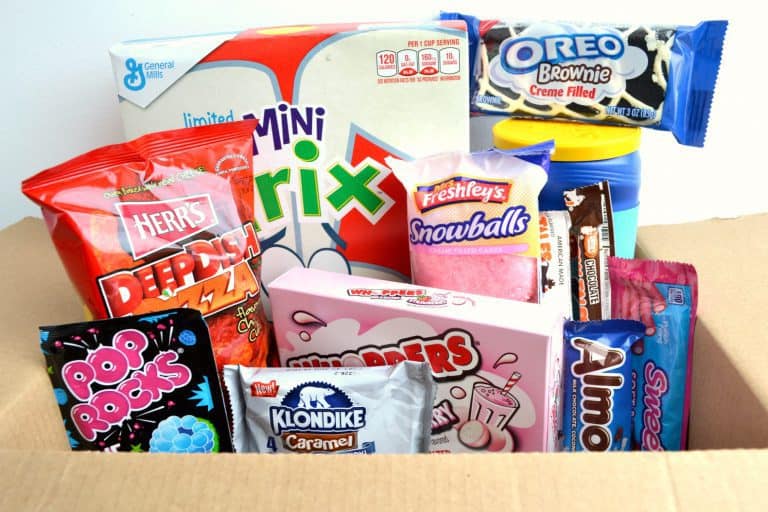 I have a bunch of American friends and I’m always curious about their snacks, mainly because we don’t have most of them here in the UK. It was a big event, and Skype video call, when I had my first Twinkie- which was… revolting but hey. Taffy Mail intrigued all of us, so I was really excited when it came in the mail. 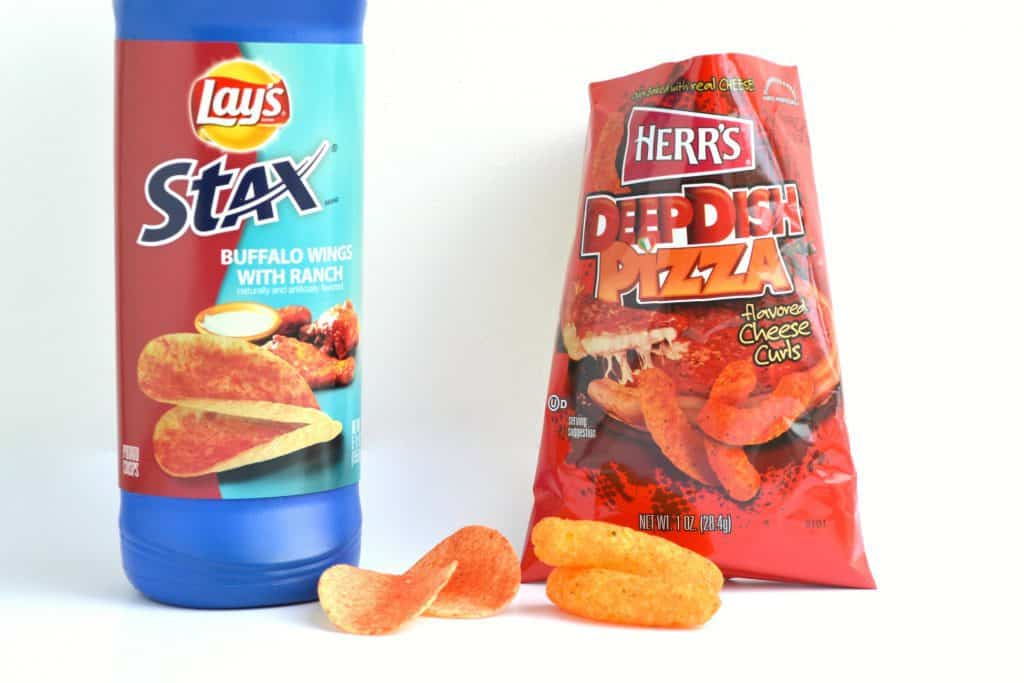 Lay’s Stax in Buffalo Wings with Ranch flavour, being a vegetarian, I passed these on to my family who thought they just tasted like chilli. And there was confusion over buffalo wings since buffalos don’t have wings- It appears they originate from Buffalo.
The other crisps, or as the Americans would say- chips, were Deep Dish Pizza flavoured Cheese Curls. It’s strange how much they actually taste like pizza. Perfect for a sports game with a beer, or just order pizza. 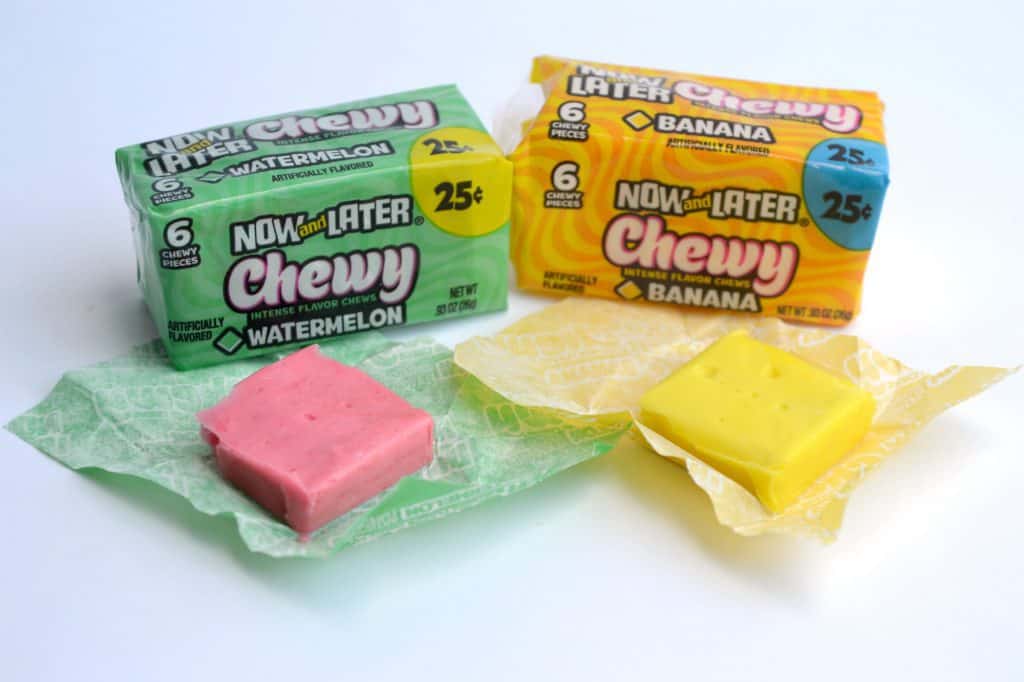 Now and Later Chewys in Watermelon and Banana! I can tell you, because they’re now in season and I’ve been eating one or two a day, that the watermelon Chewys do not taste like watermelon. And banana sweets never taste like banana, but this one is pretty close. For 25 Cents (or 18 Pence) they’re not half bad. 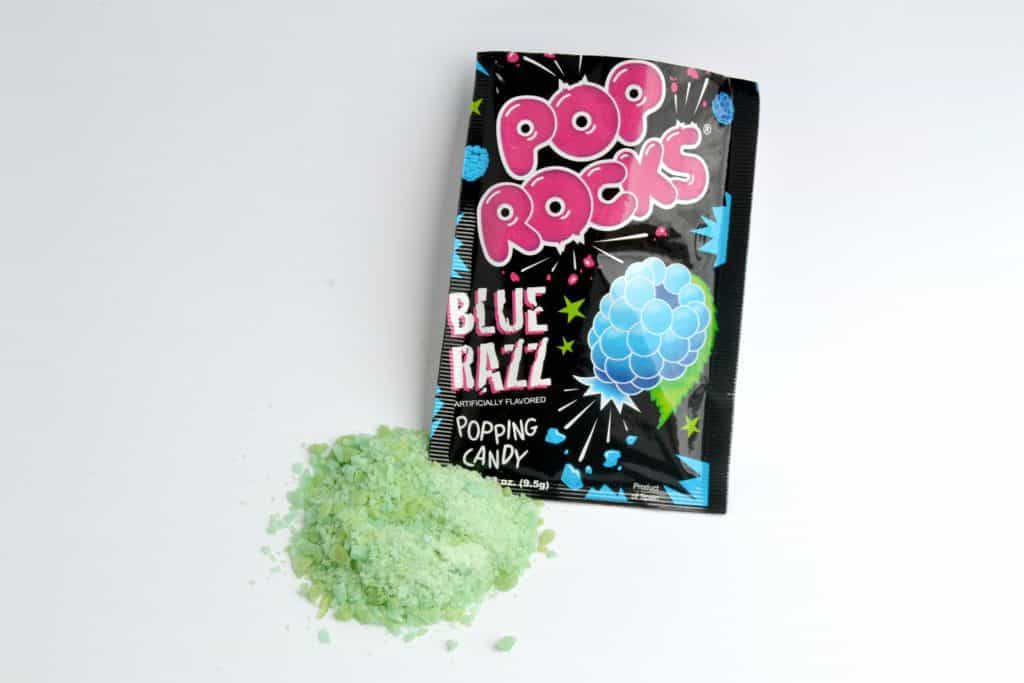 Pop Rocks are basically the best thing in the world. I only tried them for the first time a couple months ago, videoed by a friend who found the faces I was pulling hilarious, and they’re a pretty good novelty item with the way they fizz. The Blue Razz flavour is tasty too! 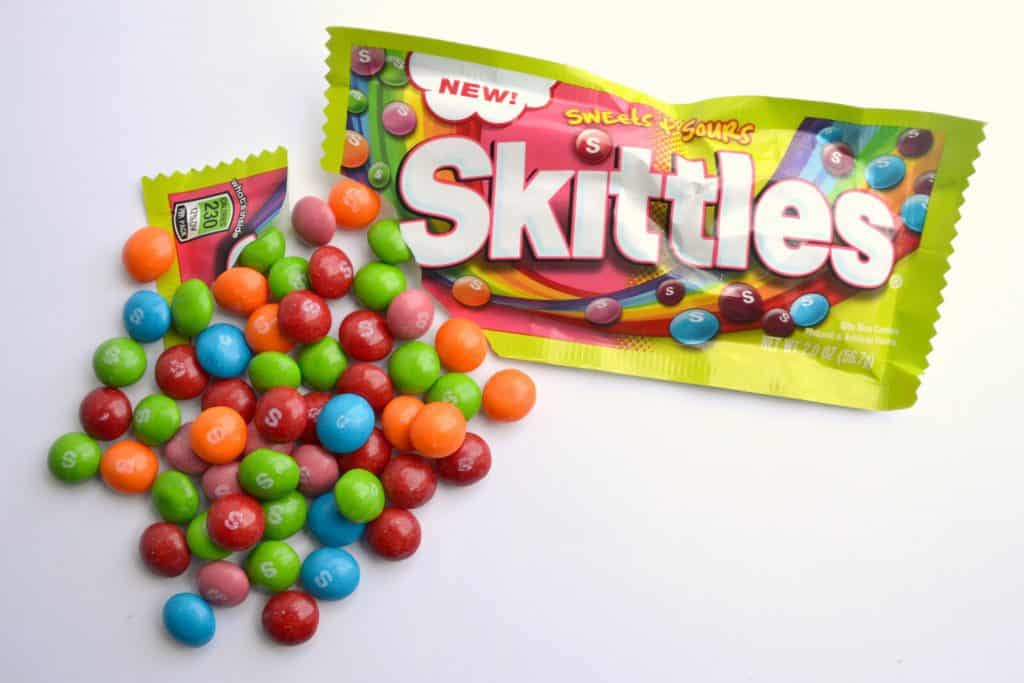 One of my favourite items in the box was the Sweets & Sours Skittles. Give me sour candy any day of the week and I’m there. With Sweet Watermelon, Sour Cherry, Sweet Strawberry, Sour Blue Raspberry and Sweet Orange, I really enjoyed the 5 minutes it took to shove these in my mouth. 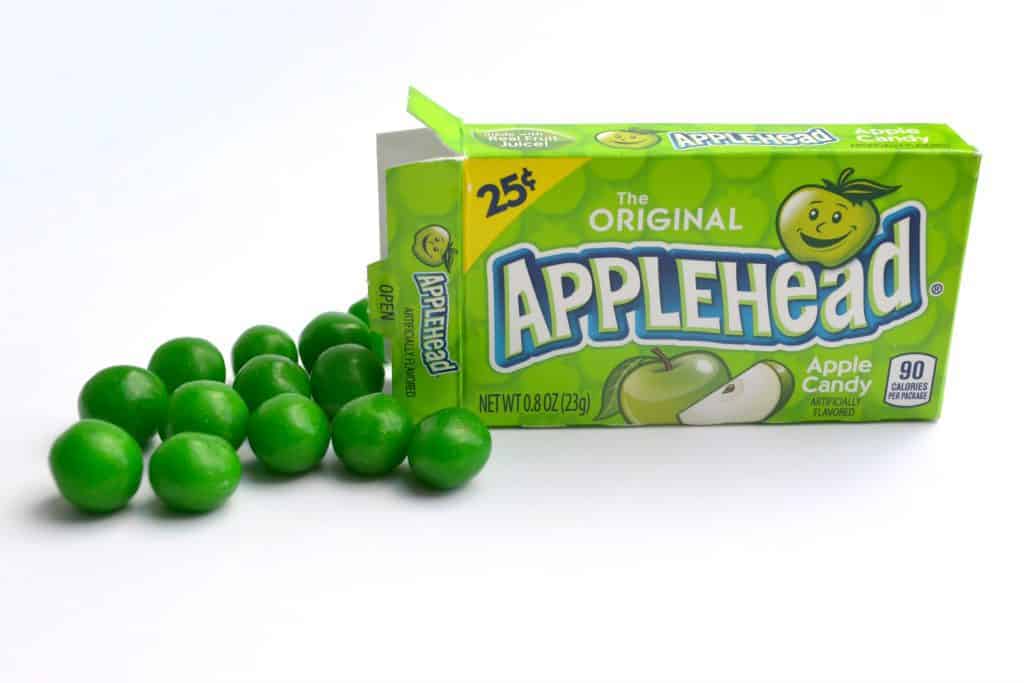 Applehead candies are hard candy and switch through sweet and a little sour as you eat them. Out of the entire box, these were right up there as a favourite and I can’t think of a UK alternative. 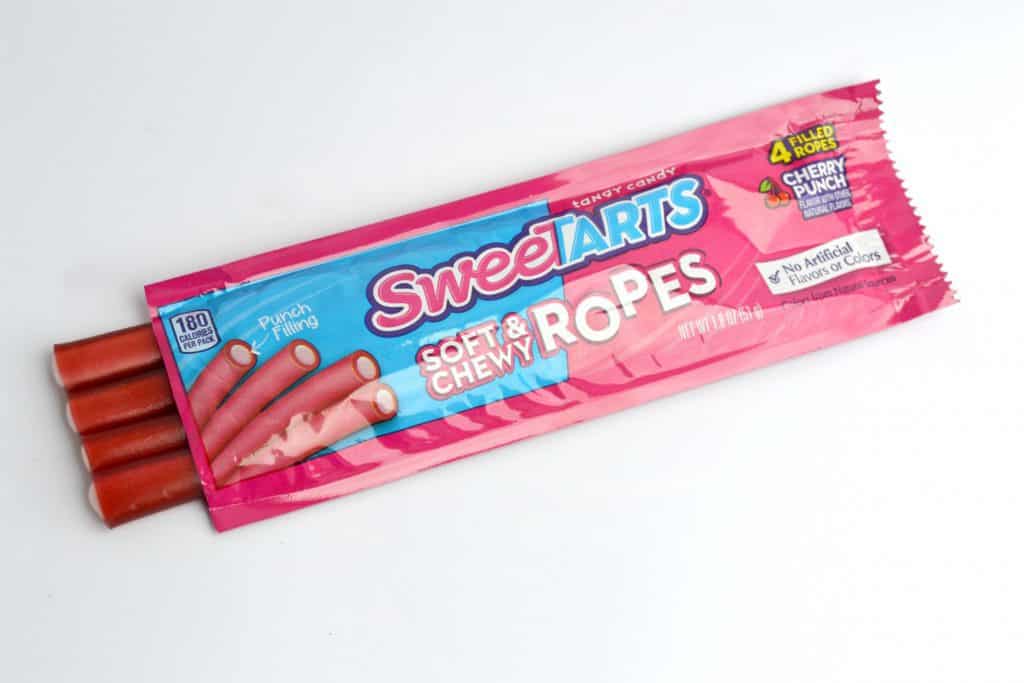 SweeTarts Cherry Punch filled ropes smell like Love Hearts to me, and a strawberry antibiotic medicine from her youth to my mum, but taste sour and tangy. Not half bad! 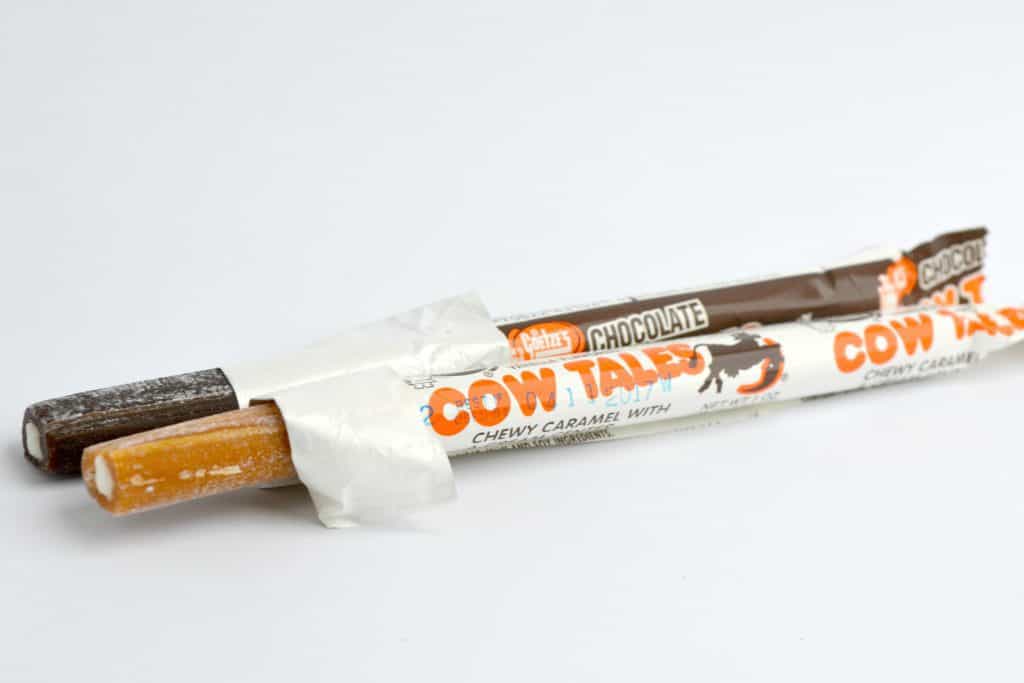 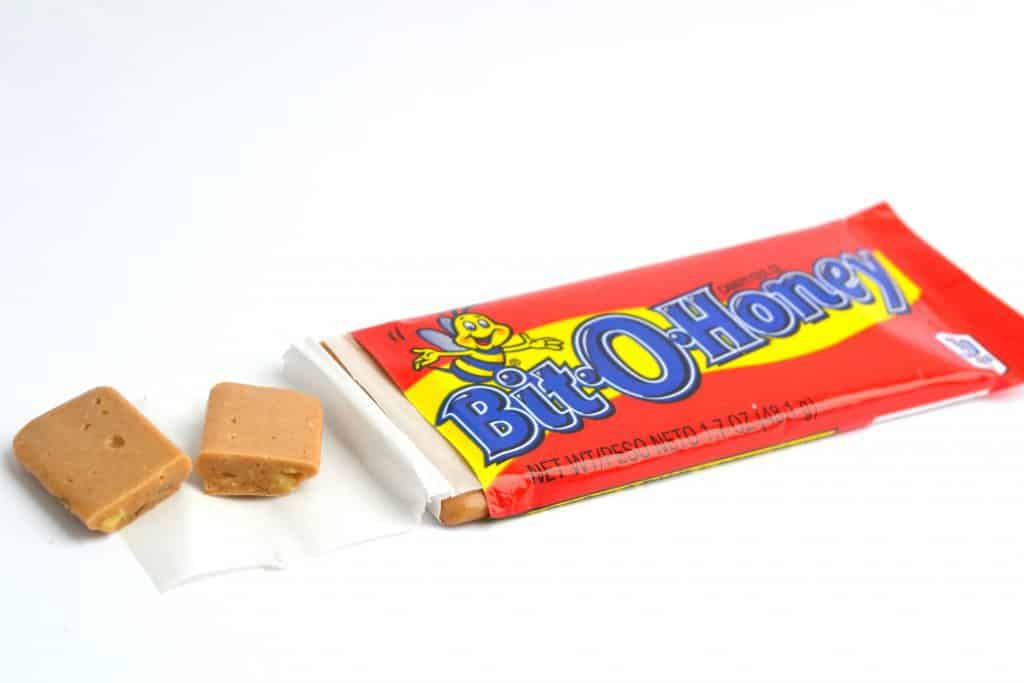 I’ve never heard of Bit’O’Honey but it’s small almond chunks in honey taffy. It was really nice, I didn’t get much almond but the honey taffy was delicious and lasted for ages. I’ll probably pick up a couple next time I’m state-stide. 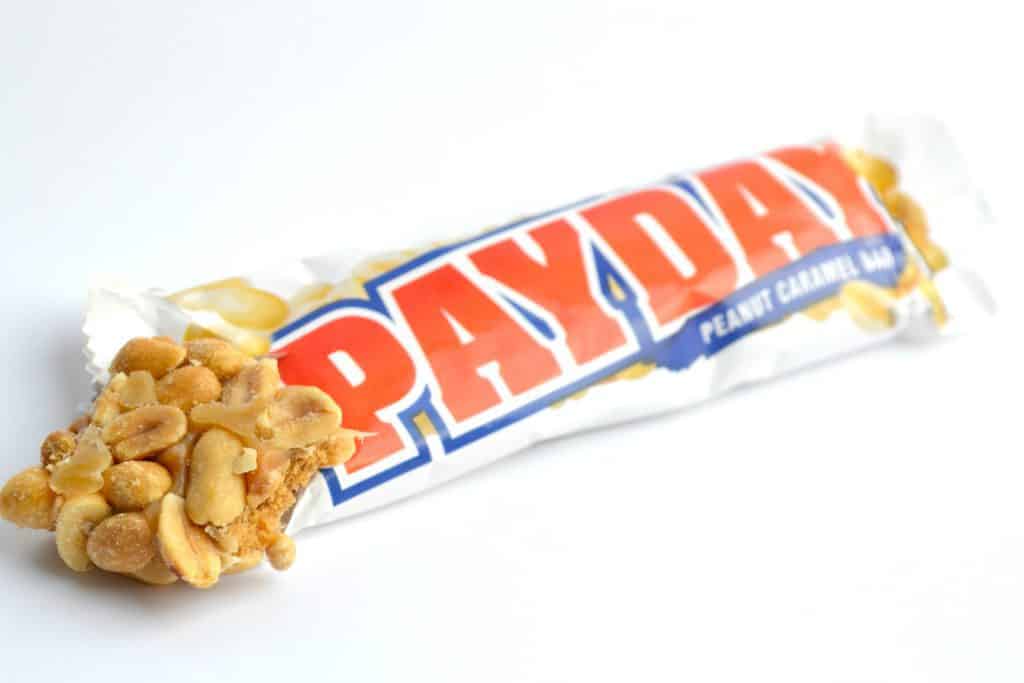 “You need to sell those in order to have a Payday!” Michael Scott at his best, throwing one of these peanut caramel bars at business school students. The combination of salty and sweet has never been my favourite but if you are a fan, I can imagine Payday would be a firm favourite with the salted peanuts and caramel mix. 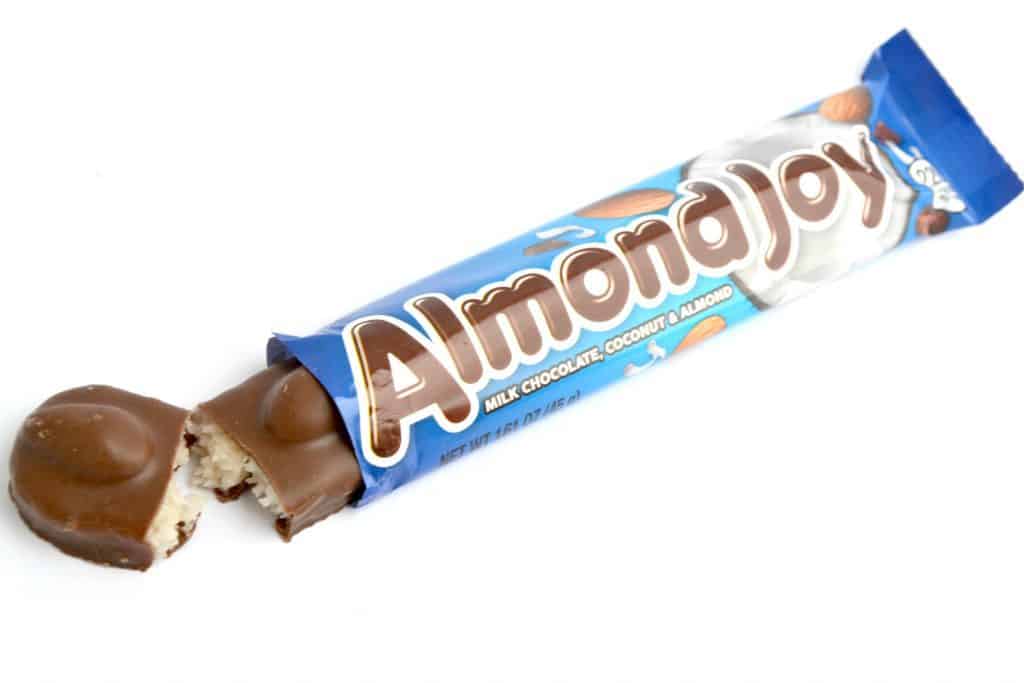 Almond Joy is a candy bar I’ve wanted to try for ages because I love chocolate, almonds and coconut separately so why not together! Basically a Bounty with an almond on top but I’m the weirdo that was sad when the Celebration boxes did away with Bounty so anything close is all right in my books. 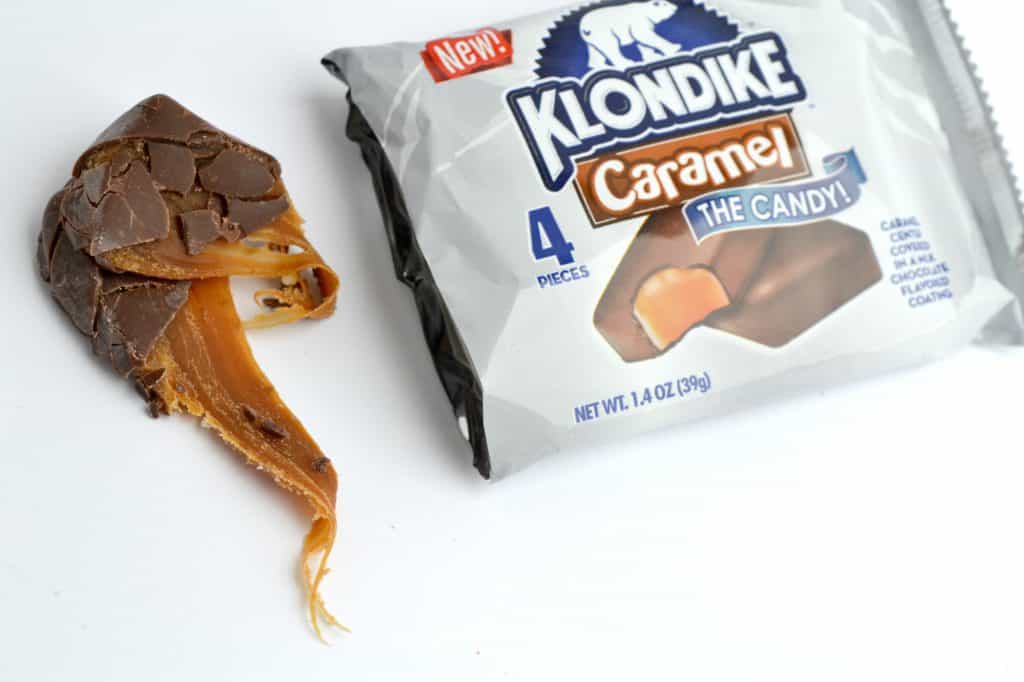 What would you do for a Klondike bar? Or in this case, candy pieces. Keep in mind this covered in a ‘milk chocolate flavouring’, not actually milk chocolate. They kind of tasted like Rolos, but they need to up their chocolate game. 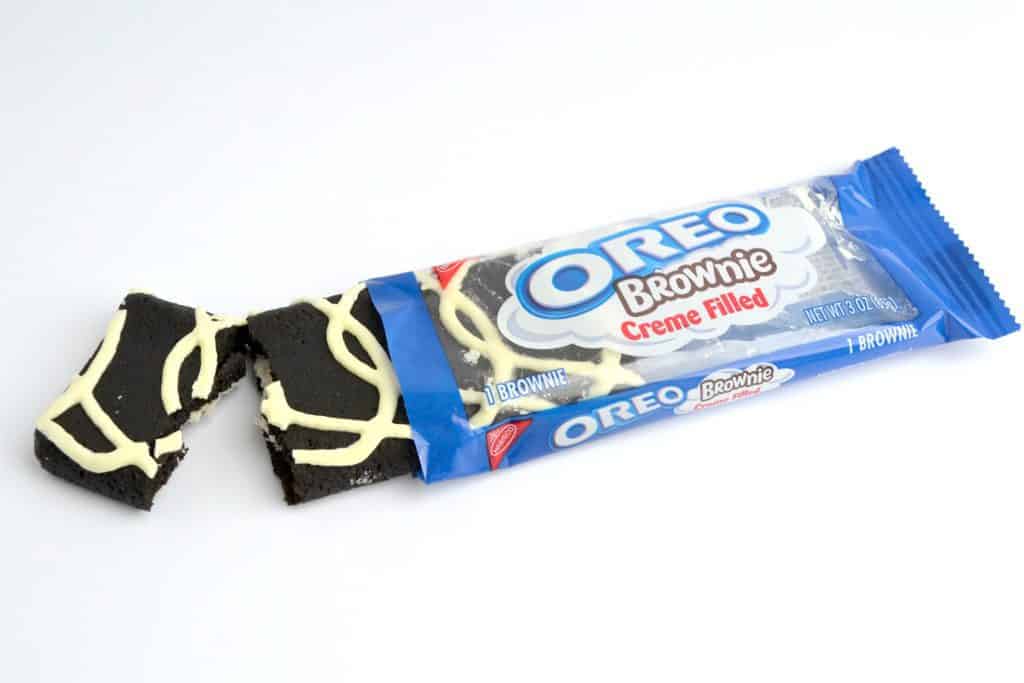 How can you make Oreos better? Make them into a brownie obviously. Oreos are a classic. I’d eat these any day. 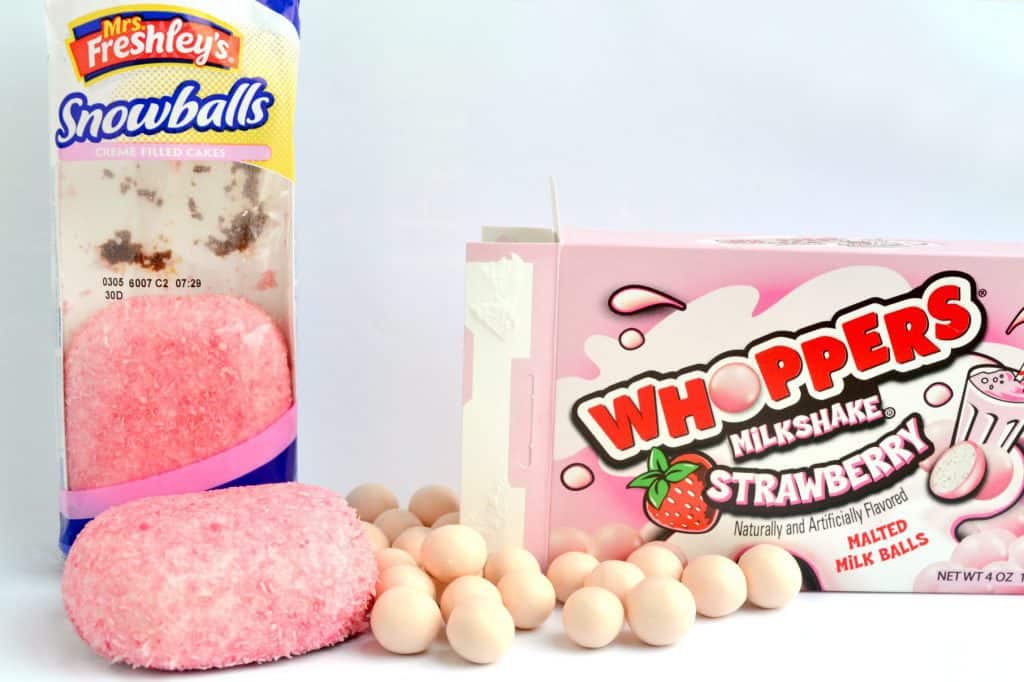 Pink food seems to be a thing over the pond. I love Zombieland so when I saw these (non-hostess) Snowballs, all I could think of was “I like Snowballs!”. Turns out, I don’t. I’m starting to not trust anything American food companies think of as cream. These feel so weird, like a foam pillow or something.
And Whoppers Milkshake malted mint balls in Strawberry are very much like strawberry milkshake in disguise as a Malteaser. 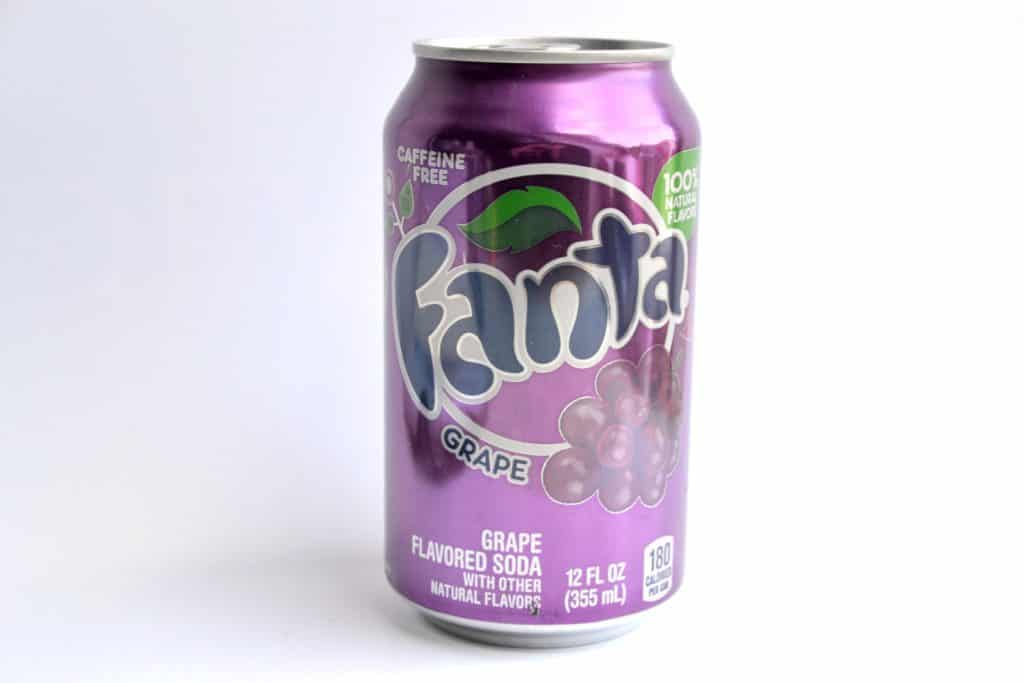 The can of soda in this months box was Grape Fanta. I’ve never had grape soda before and I never will again. Lesson learned, Grape Fanta doesn’t taste like grapes. 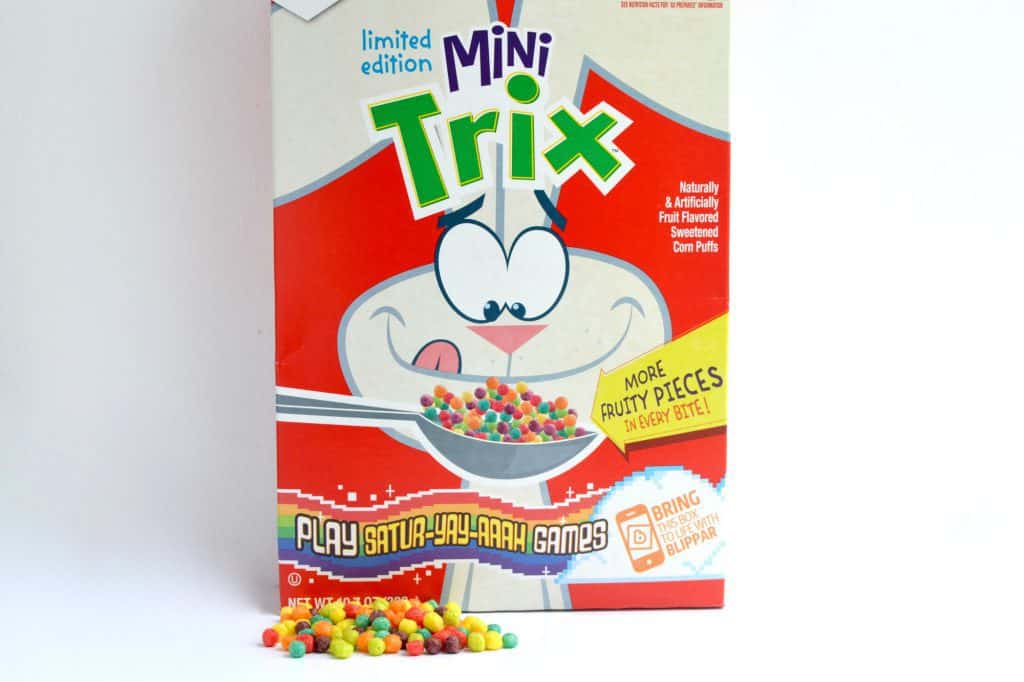 And lastly, the premium item of the month is Limited Edition Mini Trix. When I opened these, the first thing I said was- cereal should not be that colour. I found it really gross, but one of my American friends loves them so to each their own.

Overall, the price is a little high but Taffy Mail is a great box if you love American candy. The variety and the service is great! Some of the food just wasn't for me.