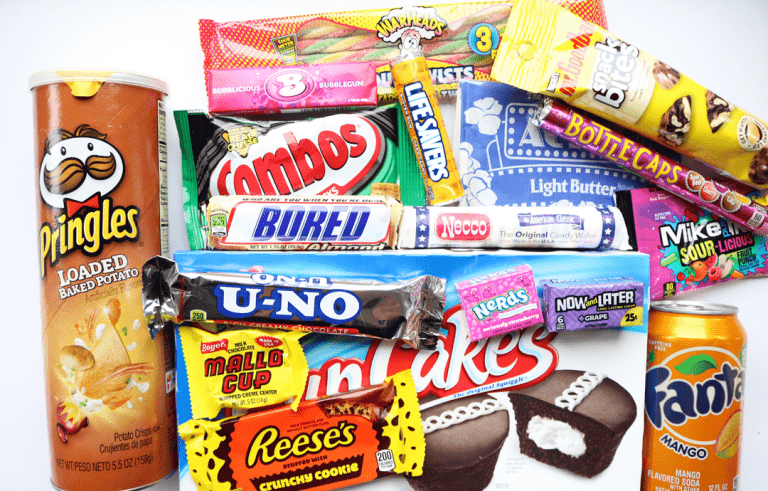 Taffy Mail is the easiest way to get your fix of American candy and snacks delivered straight to your door every month. They have three different sized subscription boxes to choose from (Lite, Classic and Extra), so there’s something to suit everyone’s budget.

The Extra Taffy Mail boxes are really big indeed and feature some larger products, Limited Edition Oreo flavours or boxes of popular American cereal – it’s a surprise as to what you’ll receive every time but the contents are always an interesting mix of sweet and savoury, and there’s usually a drink in there too.

This month’s Extra Taffy Mail arrived last week, so my housemates and I have been having a lot of fun trying out all of these American treats over the bank holiday weekend:- 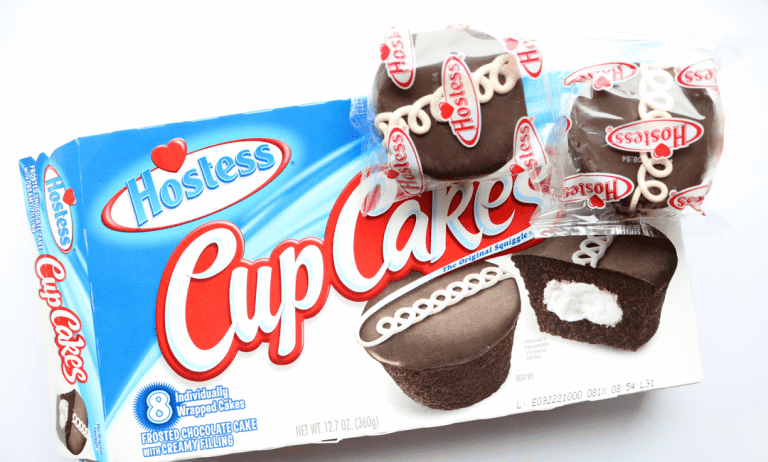 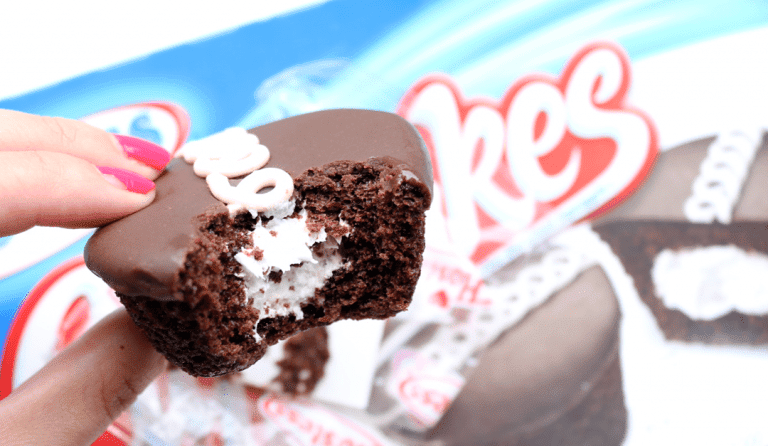 Starting with the biggest item in the box, I pulled out this box of Hostess Cupcakes which everyone was excited to try as it’s one of those insanely popular American sweet treats that’s been featured in countless TV shows and movies. This pack contains 8 individually wrapped cupcakes so there was plenty to go around! The top of the cupcake has a layer of frosted chocolate icing and inside the cupcake itself is a sweet vanilla cream filling. The sponge was very soft and these little cupcakes are really moreish. Everyone loved them! 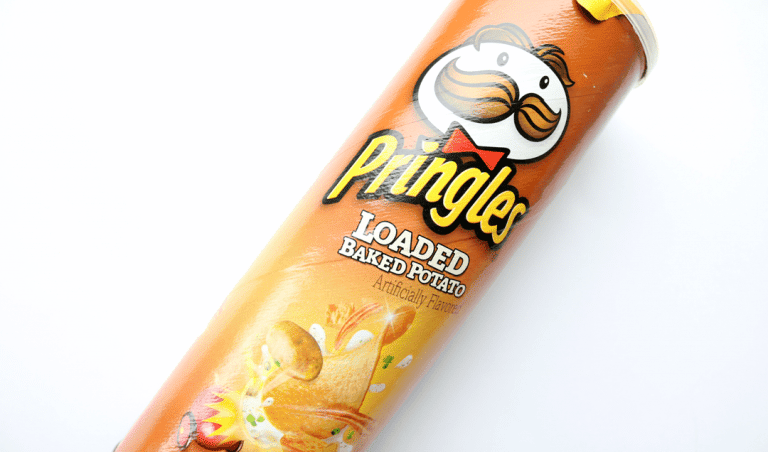 I love trying out the different flavours of Pringles that we don’t get here in the UK and these Loaded Baked Potato ones are amazing! They have a cheesy bacon type flavour to them which are heavily seasoned onto the Pringles for a deliciously salty and savoury snack. 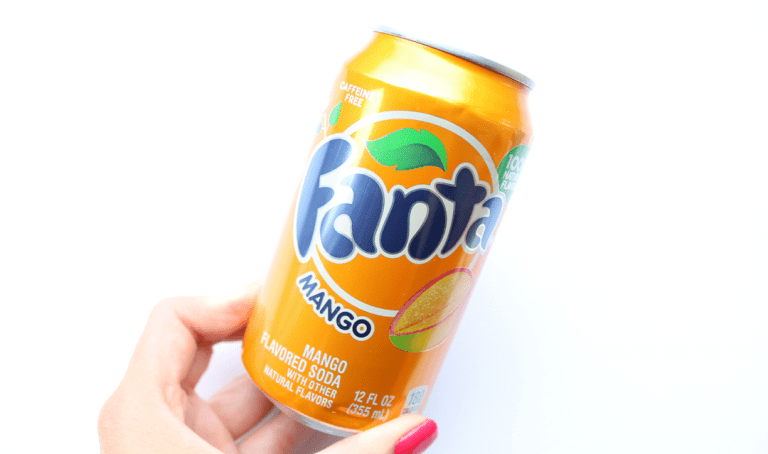 The drink this month is a can of Fanta Mango which I liked a lot, but I definitely preferred the Exotic Fanta which was in last month’s box. This one didn’t have as strong a flavour of mango as I was expecting. 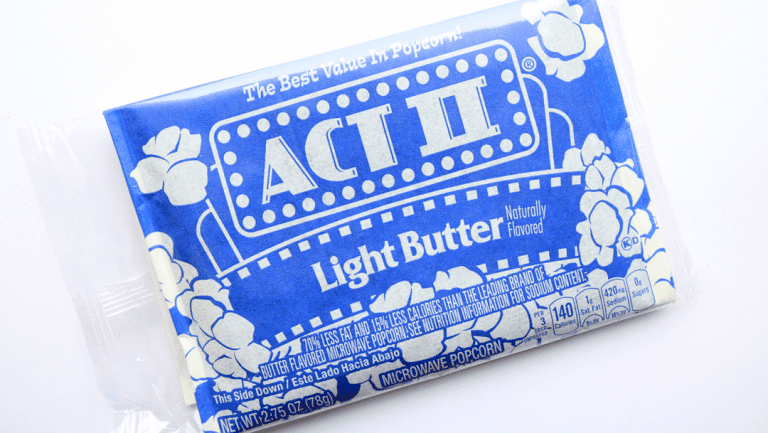 Butter popcorn isn’t really my thing as I prefer sweet or salty flavours, but my housemates were happy to tuck into this microwaveable packet from Act II. It contains 70% less fat and 15% less calories than most American brands of buttered popcorn, so it’s one to try if you’re after a less guilty butter popcorn fix. 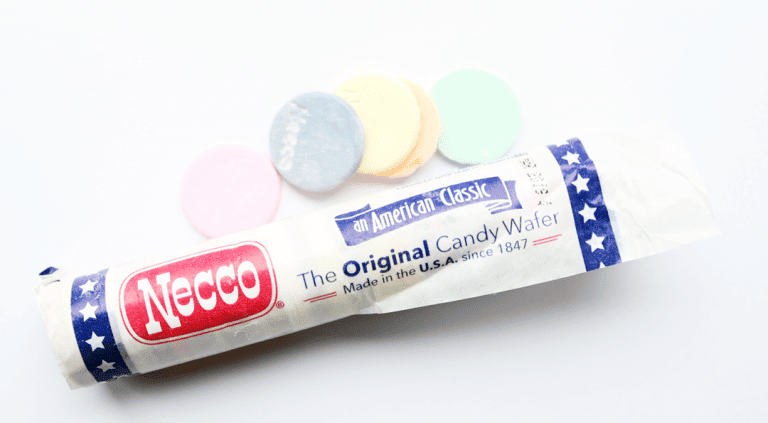 I guess ‘wafers’ are a different thing in America to the ones that we have in the UK as these are round, hard, thin sweets, as opposed to the crispy wafers with ice creams that I’m used to. I’m sad to say that these didn’t go down very well – they don’t have a huge amount of flavour to them and have a strange chalky and dry texture. Not for me.

This is proper old school bubblegum that’s similar to something that I used to buy from the corner shop when I was at school, only in much thicker pieces. It has a classic bubblegum flavour and you can blow a lot of big bubbles with it!

I don’t think I’ve ever seen any other flavours of Snickers in the UK before, so this was an interesting one to try out. It contains almonds instead of the usual peanuts and has a thicker layer of nougat. The chocolate coating also tastes sweeter than the standard UK versions, but it was still great! 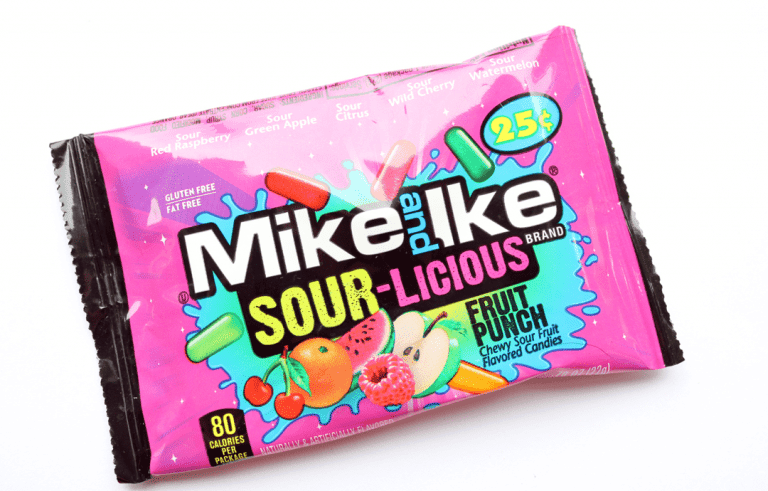 Sour sweets are a serious weakness of mine, and these had a deliciously fruity tang to them, with a sugar coating and overall texture that’s similar to jelly beans. There was a really good mix of fruit flavours in this bag including Watermelon, Raspberry, Green Apple, Citrus and Cherry – yum!

I’m a huge fan of the Warheads brand as they make some seriously sour sweets, but these Sour Twists were considerably milder than other products that I’ve tried from them. They are long ropes of chewy candy with three strands of Green Apple, Lemon and Watermelon flavours entwined together, giving an overall fruity and subtly sour kick to these sweets – really good. 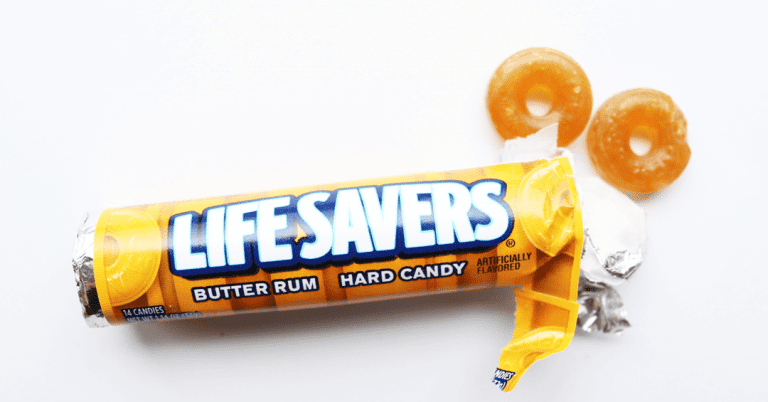 I hadn’t heard of Lifesavers before but oh-my-god, these are incredible! I love anything rum flavoured, so I had a feeling I was going to love these, but they really blew me away! They’re round, hard sweets that are shaped like Polos, and they have an amazing sweet butter rum flavour that’s like rum and toffee mixed. I need more of these!

U-NO is described as ‘rich creamy chocolate’ and when I opened it up, I was expecting something like a chocolate Milky-Way, but it was very disappointing. It has a truffle-like centre and texture, but the chocolate tastes incredibly powdery and is similar to many diet-brands of chocolate bars. I couldn’t eat more than a bite of this and my housemates weren’t impressed with it either. 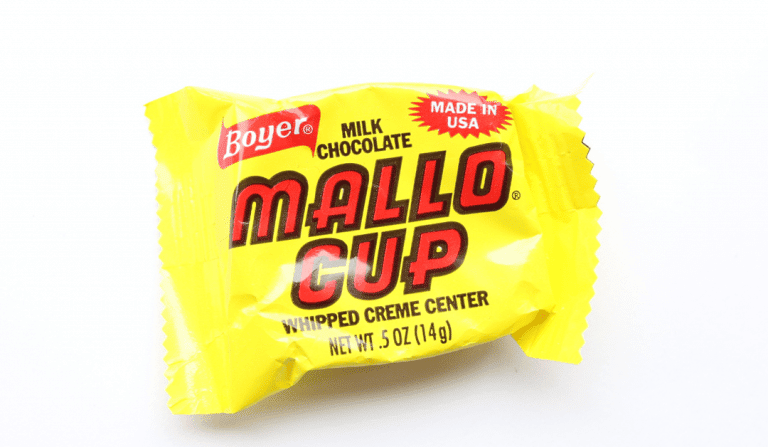 This was a surprisingly good find! Mallo Cup is shaped like a Reeses Peanut Butter Cup, but inside there’s a sweet, gooey, creamy centre with a strong marshmallow-meets-coconut flavour. The chocolate around it all is also very good and I could quite happily eat a full bag of these! 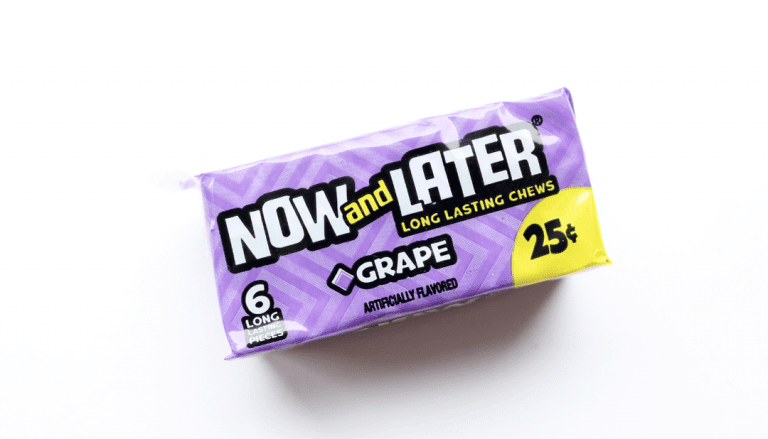 I enjoyed the Now and Later Pink Lemonade Chews which were in last month’s Taffy Mail box, so I was pleased to see this Grape flavour as I love anything grape. These were even better than the Pink Lemonade chews in my opinion and this small pack didn’t last very long. 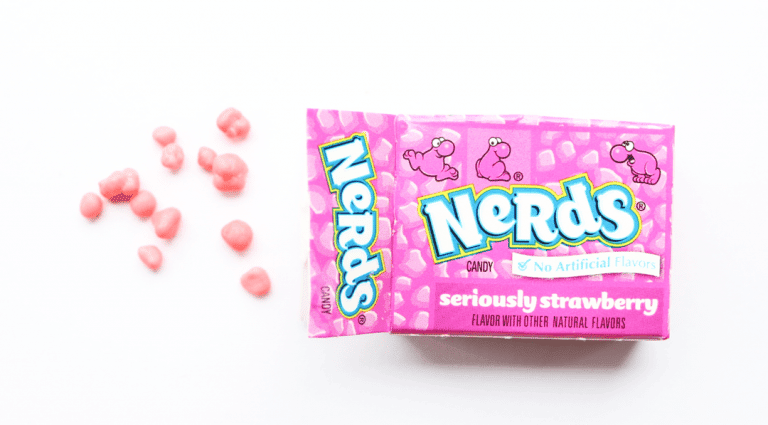 You can’t wrong with Nerds; they’re fun, tangy and sour and remind me of being a kid again – what’s not to love?! My only criticism is that I would have loved a bigger box of these!

This is another product that I hadn’t heard of before and they’re described as ‘soda pop candy’ as you get a bunch of different flavours such as Root Beer, Grape, Cherry, Cola, and Orange. Some of the flavours were definitely better than others though and my personal faves were Grape, Cola and Root Beer. 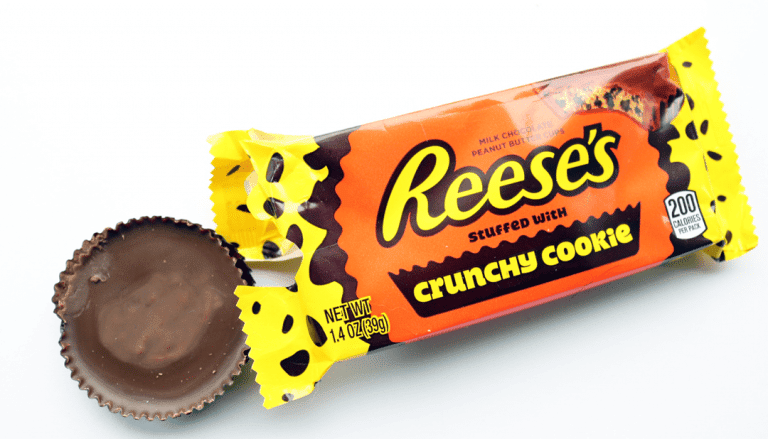 Reese’s Peanut Butter Cups are one of my favourite chocolates and having these combined with a crunchy cooking filling was a match made in heaven. You get two in a pack and these were so good to have when you have a sweet chocolate craving. 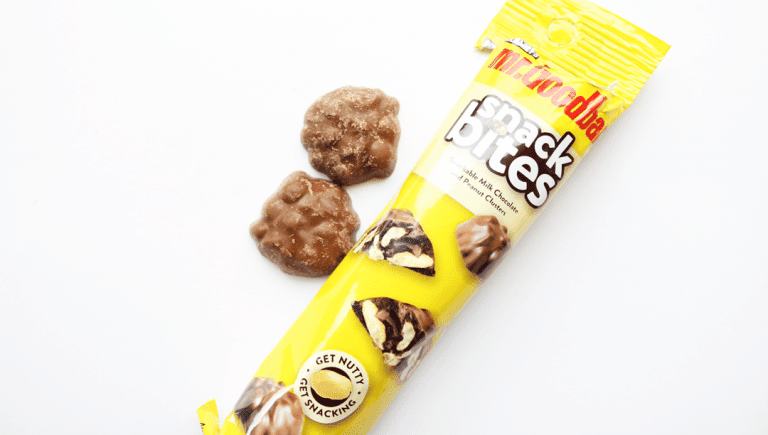 When I opened up this pack, I was expecting small clusters of chocolate and peanuts, so I was surprised by how big and chunky there were. Not that I’m complaining as they were delicious! 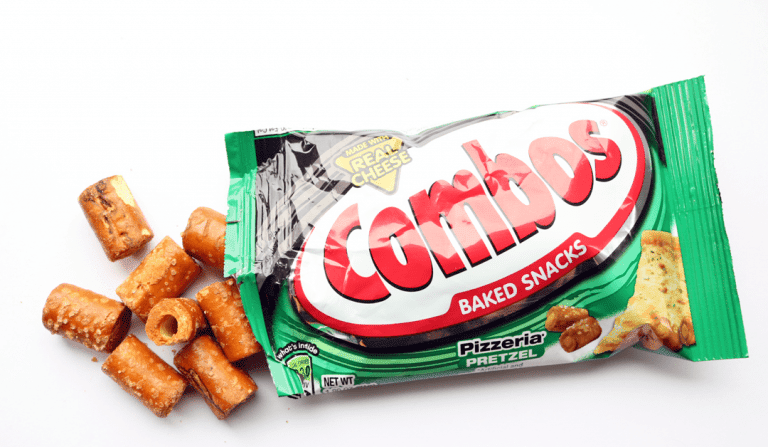 Finishing off this month’s box with a savoury snack, these Combos Pizzeria Pretzels were an amazing find. They’re basically small chunks of baked pretzels that have a soft, cheesy, pizza flavour filling. It sounds strange, but trust me, they’re great!

Although there were one or two misses for me this time around, I enjoyed the vast majority of these American candies and snacks, and it's always fun to try something different! I also discovered some more new to me favourites such as the Lifesavers, Combos, Mallo Cup and Reese's Crunchy Cookie cups, and as always, there was a great mix of sweet and savoury products included.