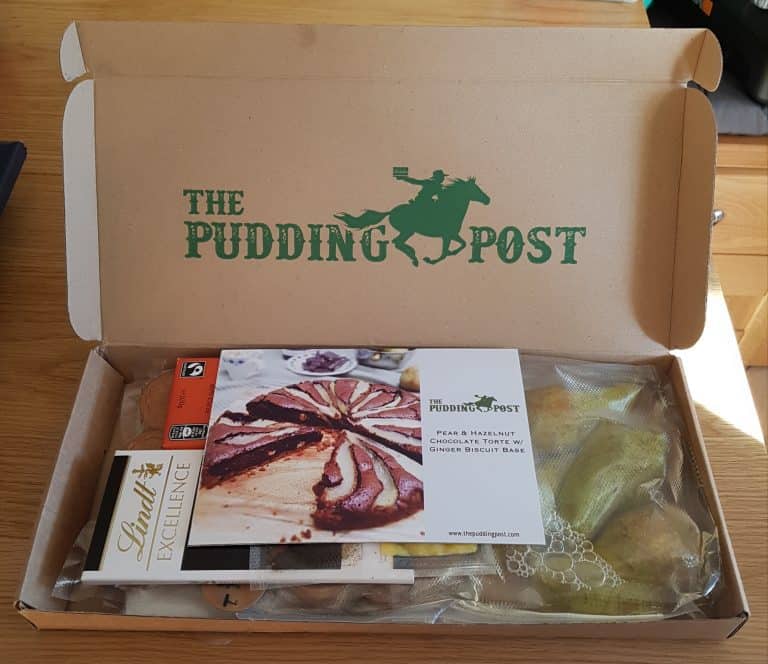 Who could say no to a monthly box, containing everything you need to make a delicious cake or dessert? Not me! Which is why I was very excited when I got home to find The Pudding Post Package on my doorstep. I had received an email the day before letting me know what was coming and that I needed to buy eggs and butter so I was ready to go. 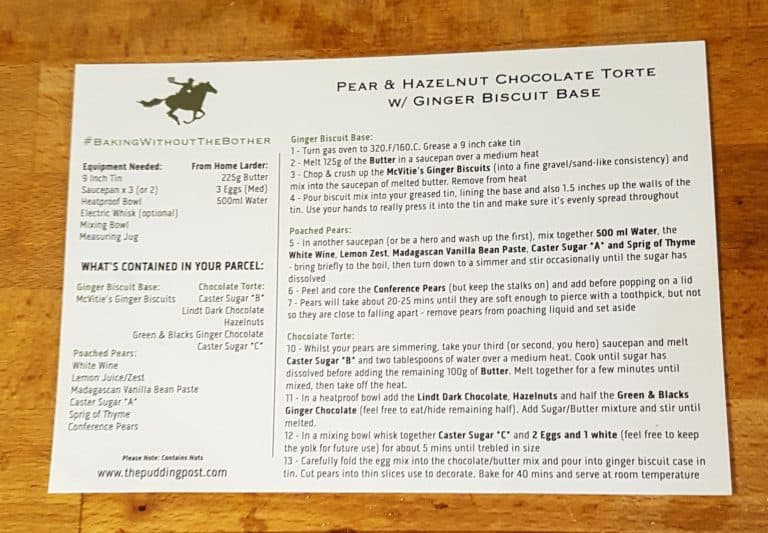 Inside was everything I needed to make a pear and hazelnut chocolate torte with a ginger biscuit base, all packaged up into a small box, with just the right quantities required. I should add that because I was going away for a few days I needed to make mine straight away but the ingredients would keep for around 4-5 days in the fridge so if this had arrived at any other time I think I would have set aside some time to really enjoy the baking ritual – in this case I knew I had to make this the day it arrived. 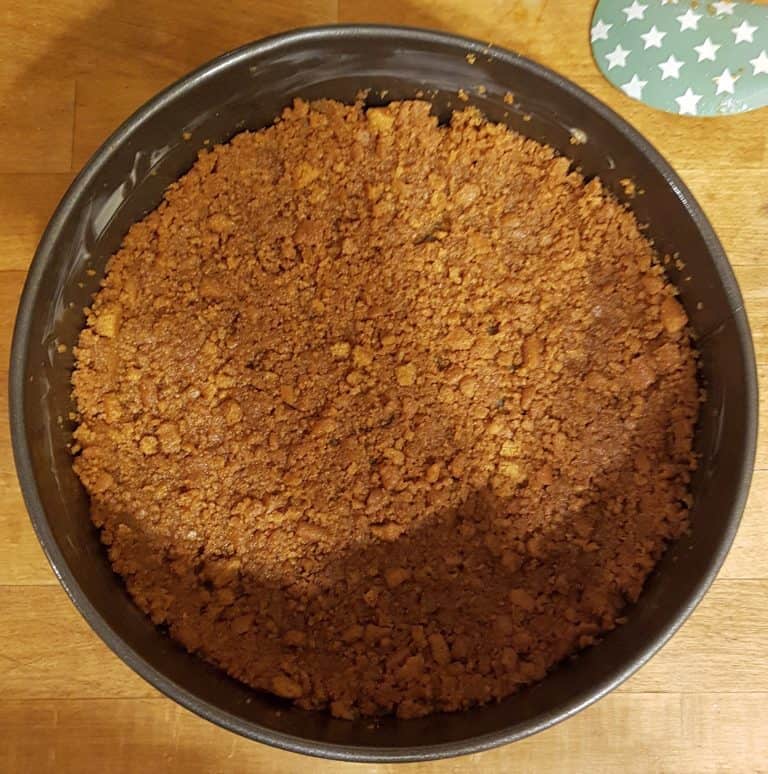 Following the instructions I got everything out and made a start bashing up the biscuits. This was one of the downsides for me; firstly because I’d been at work all day and had to pack for a few days away that evening, but also because I have arthritis and this was a pretty long, boring and mildly painful job. I could have used a food processor but we don’t have one easily to hand, and I didn’t want to make to much noise as our son was already in bed. I actually avoid making cheesecakes for this very reason as I don’t enjoy doing this part of the job – but eventually I managed to get the biscuits down to the right (ish) consistency and set to, adding them to the melted butter.

What a lovely pear!

The instructions said to turn the oven on at the start and actually having now made this recipe I question whether that’s needed. It took about 30-40 minutes to get to the stage when I was ready to put the cake in the oven so actually I’d recommend waiting until the pears are poaching before turning it on. I’ve never poached pears before, so this was interesting! 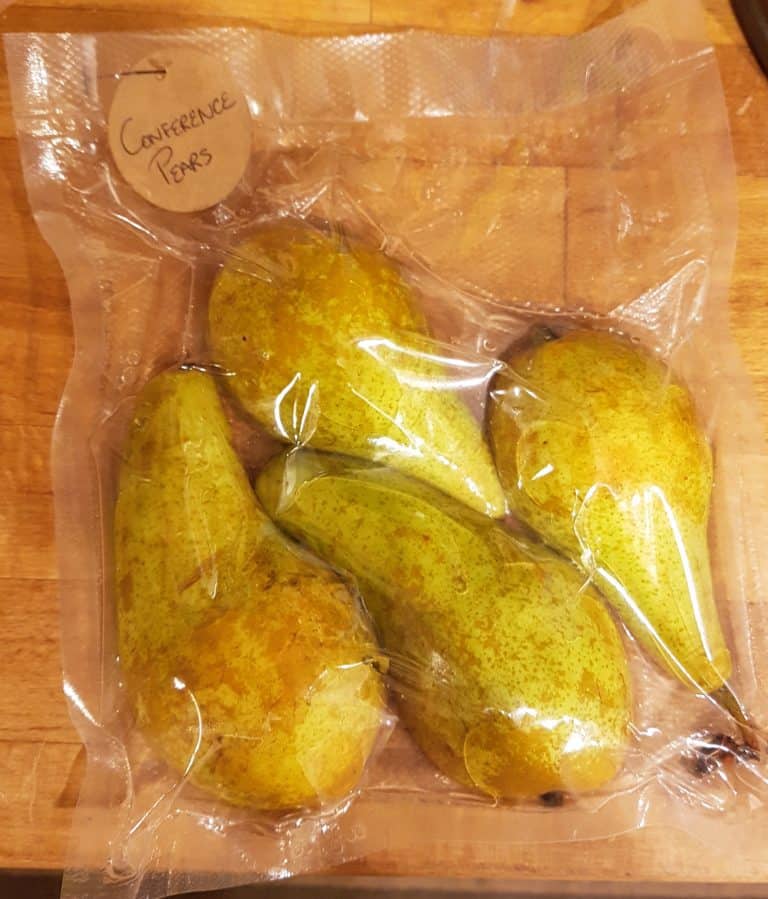 The pears were packaged up with some lemon juice to keep them fresh but that did mean they were a little soft and harder to handle than pears you might buy at the supermarket. Not too much of an issue, but as it was the first time I’ve poached pears I found them a bit tricky and lost a few ends because of it. I was worried that would be noticeable but actually in the end you just sliced the poached pears so it didn’t matter at all.

After adding one of the packs of pre-prepared sugar, the pre-packaged wine, the lemon zest, vanilla paste and some thyme to a saucepan of water I left the pears to poach. One tiny point to make here, the recipe called for a sprig of thyme, which to me is the amount I put in, but there was more in the packaging. It was clear reading all the other areas when you needed to put all of an ingredient in or not, so I am not sure if I was to put the whole bag of thyme in or not – I didn’t and feel the pears were perfect, but maybe I was supposed to? Maybe ‘sprig’ is just one of those terms that means different things to different people? 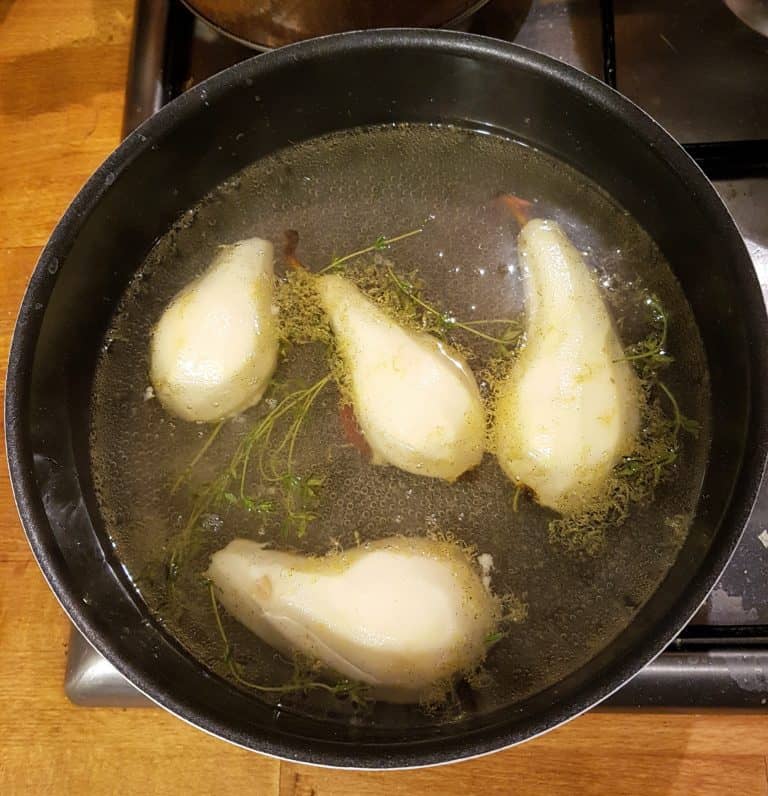 While the pears were poaching I made the torte filling; melting chocolate using butter and sugar, and then adding hazelnuts before folding in a whisked mix of egg whites. This was quite an involved recipe, and probably not one I would have picked but it really was easy and what I loved most about The Pudding Post is that you had just the right amount of each ingredient. I love baking but I don’t get to do it as much as I’d like which means I have about 4 bags of flour at various stages of empty – full, and I always need to buy a big bag of something random like dessicated coconut or ground almonds when I only need 55g so I also have a selection of these littering our cupboards too. At least with The Pudding Post I know I won’t have any leftovers and that is really appealing to me.

After time in the oven I finally got the torte out and it looked and smelt delicious. The instructions didn’t state whether the inside of the torte should be a bit softer or if it needed to be fully baked but given that I had already given it a good 10 minutes longer than the baking time I thought I had better get it out. I’m glad I did, it didn’t need any more time, but it would have been useful to know if it needed to be a bit softer and would firm up as it cooled – this wasn’t a recipe I’d tried before so wasn’t 100% certain and had to use a bit of guesswork. 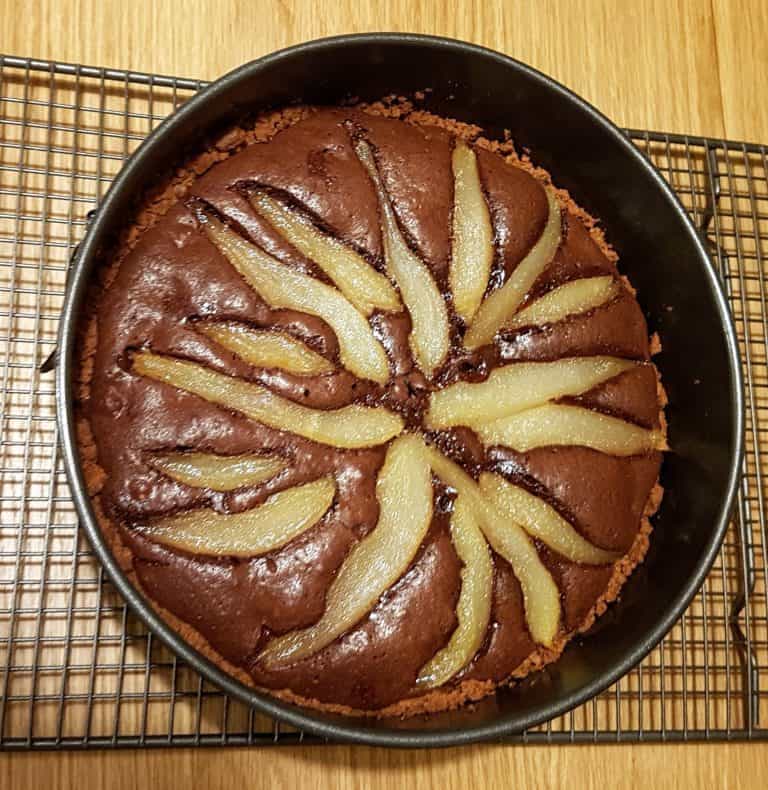 The torte tasted as good as it looked – I was a little worried the hazelnuts would sink to the bottom but actually as the torte filling isn’t’ that deep they were fine and they are a nice texture contrast to the soft filling, biscuit base and the juicy pears. The combination of the ginger with the dark chocolate and the fruit also really worked well and I would happily pay money for this in a restaurant. For just under £15 a month I think this is a fantastic treat, and one I would recommend to others, especially if they love baking and trying something new. As you get a whole cake/pudding it would be great if you have monthly dinner party or book club for example, but you’d need to time the two perfectly which could be a bit of a challenge!

I was really impressed with The Pudding Post. But, just one of these delicious cakes per month? I am not sure I could ration myself quite that much!

I really liked the fact I go a bit of a surprise with this box, it would never have been a recipe I would have picked, but actually I got to try two completely new skills that I have either avoided in the past or just not thought about trying - that I now know how to handle in future. Not only that, but it was delicious! I've only marked down the packaging and delivery as I think in the case of this specific box, the fact the pears had to be preserved in lemon juice meant that they were a bit soft when they arrived. That's really my only complaint (well, that and the effort needed to bash up the biscuits)! 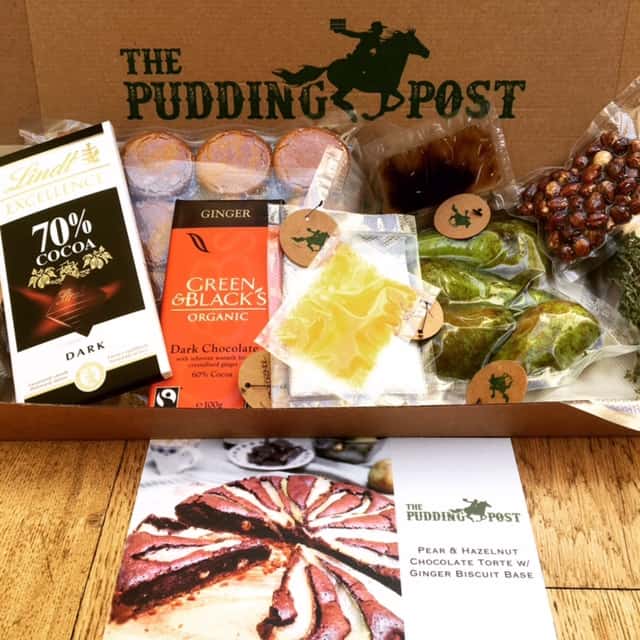 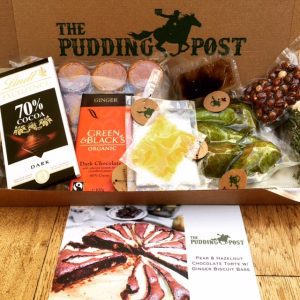