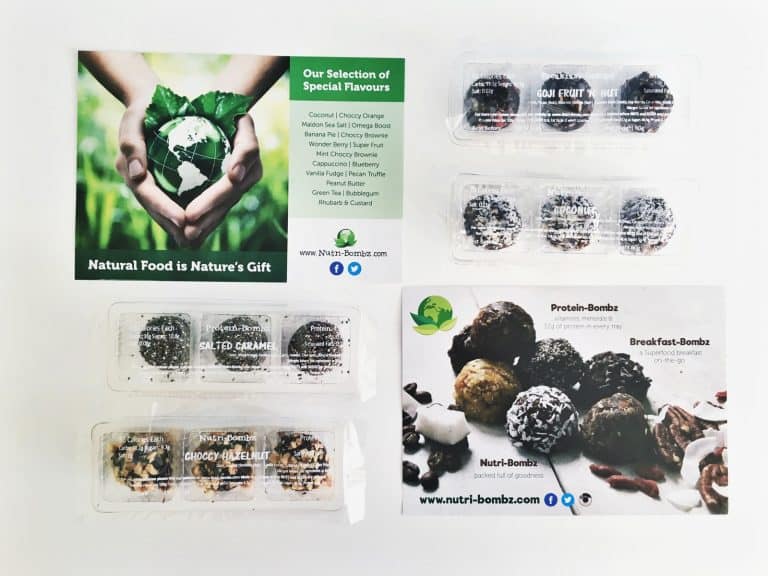 My husband and I are trying to be a lot more healthy. We’ve started working out, built a mini-gym at home, changed our diets, cut out processed, fatty and sugary foods and are all about high intensity training, eggs and eating peanut butter straight from the tub. I’m only half joking about the last one.

Ditching most of the sugar and refined foods from our diet is all well and good. I mean, it has made me shift a few pounds, I *feel* better and my skin is much improved, but sometimes I’m left just wanting a hit of something sweet which doesn’t involve eating yet another boring bloody banana. 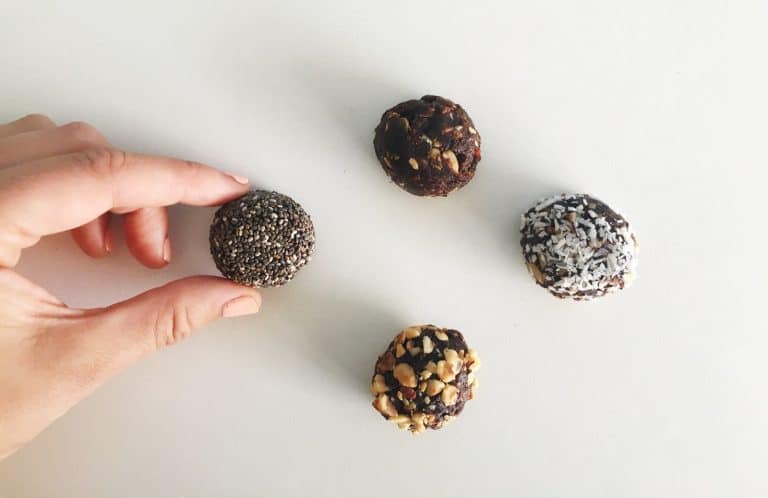 Enter Nutri-Bombz, healthy snacks which are perfect if you’re working out (or just want to be a bit healthier with your snacking). The focus is on quality, flavour, texture and balanced nutritional values and the boxes are £4.99 for 12 Nutri-Bombz which I don’t think is too bad at all.

I was sent a box to try out and I was really pleased to see the four picked for me were packed with all of the good stuff – dates, coconut, cacao, almonds. They are all high on the health front with essential fatty acids, superfoods and vitamins and are good for after a workout. They were also great for a hit of something sweet which didn’t result in me piling into a sharing bar of Cadbury’s Dairy Milk chocolate and accidentally eating the whole thing.

So what did I think? 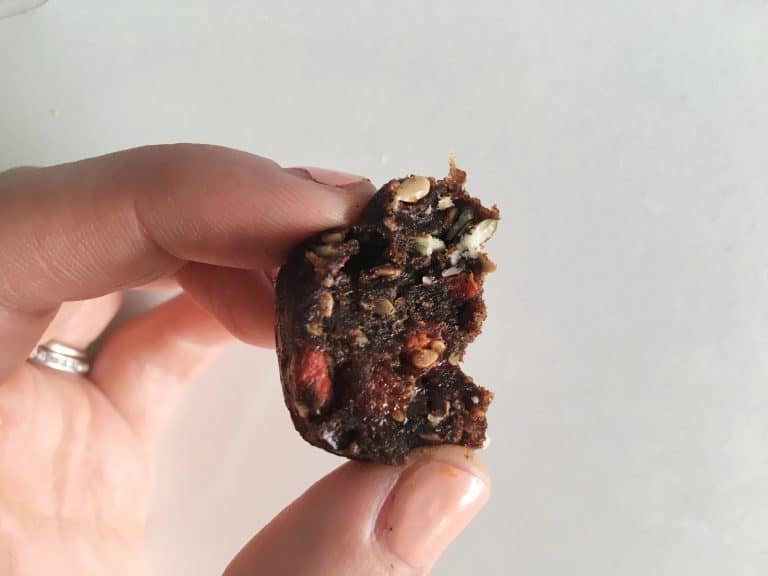 I’ll pile in first with my favourite of the lot, the Goji Fruit and Nut Breakfast Bombz. I admit I didn’t actually have these for breakfast, they fell into the afternoon snack bracket for me, and they were deliciously chewy hits sweetness which were similar to a rich fruit cake or Christmas pudding. They were substantial enough that if you had one you didn’t feel the need to trough the other two and they were packed with flavours.

I’ve got to admit I was a bit sceptical about the Salted Caramel Protein bomb and how could something like this taste of something like that? But despite my first impressions it really did, and I got a hit of sweet then salty caramel goodness all the while being actually not bad for you and without any actual caramel in sight. 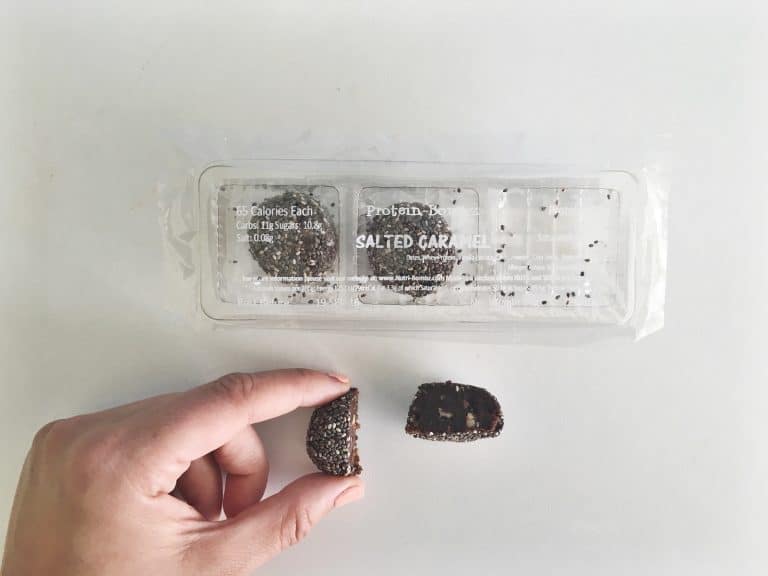 The Choccy Hazelnut one was my husband’s favourite as he loves anything chocolatey. The crushed hazelnuts on the outside gave a nice bit of texture although I thought the chocolate taste wasn’t that strong. Which is probably a good thing as it might lead to me wanting a pile of actual chocolate. 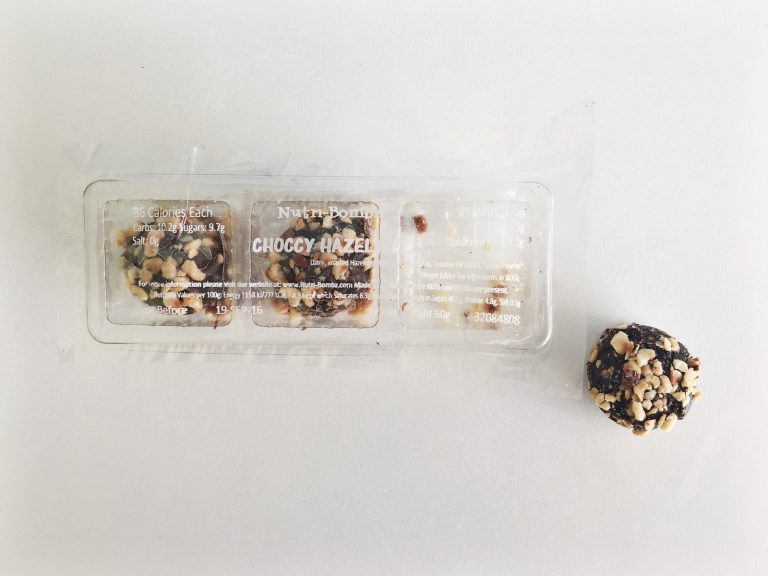 Finally, the Coconut Bombz tasted nice with a dusting of coconut on the outside but I felt these tasted similar to the Choccy Hazelnut ones but were enjoyable after a workout.

I really enjoyed trying Nutri-Bombz and would get them again. If you are into health and fitness or just want to stop eating all of the bad stuff at snack time then I recommend you check them out.

Really tasty, healthy snacks that are a little bit different. Each pack contains all of the nutritional information you need and they come in handy to transport little tubs.

How would you rate Nutri-Bombz ? 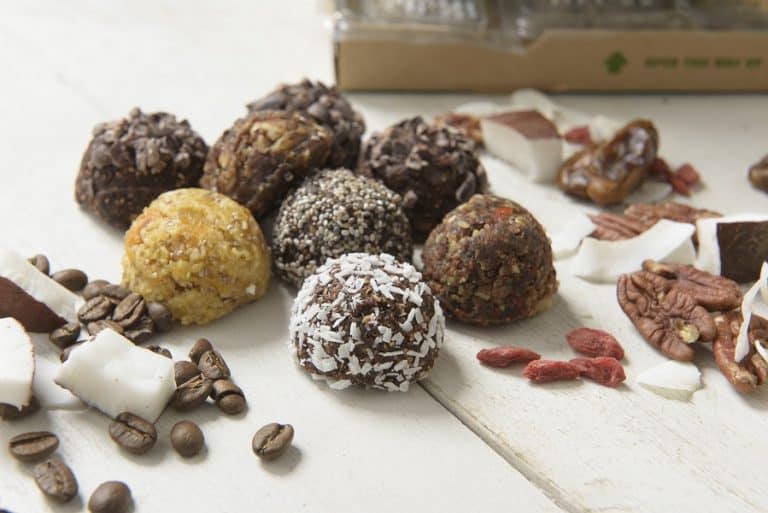 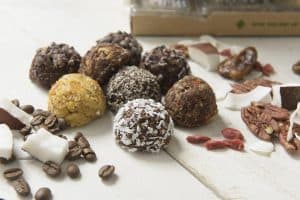