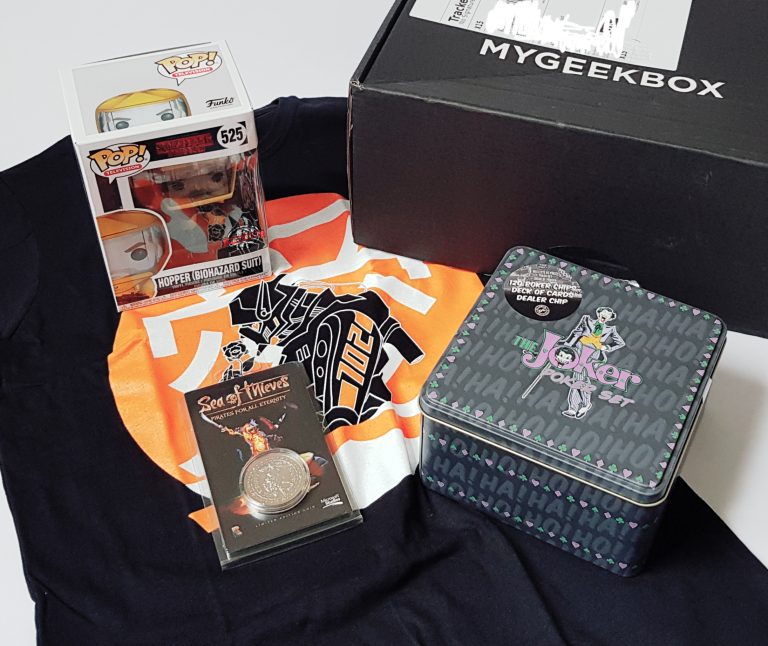 My Geek Box is exactly as it sounds – a box of geeky stuff! There’s no theme or menu, you simply get a selection of items from a huge assortment of geeky franchises. 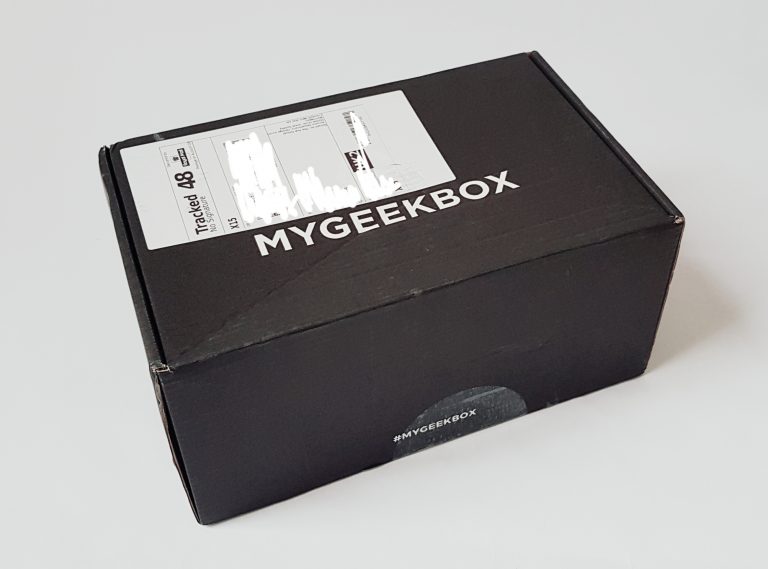 The box is of a pretty good size. You’re going to have to be in to receive it, or to collect it from the sorting office, but this isn’t getting through the letter box! 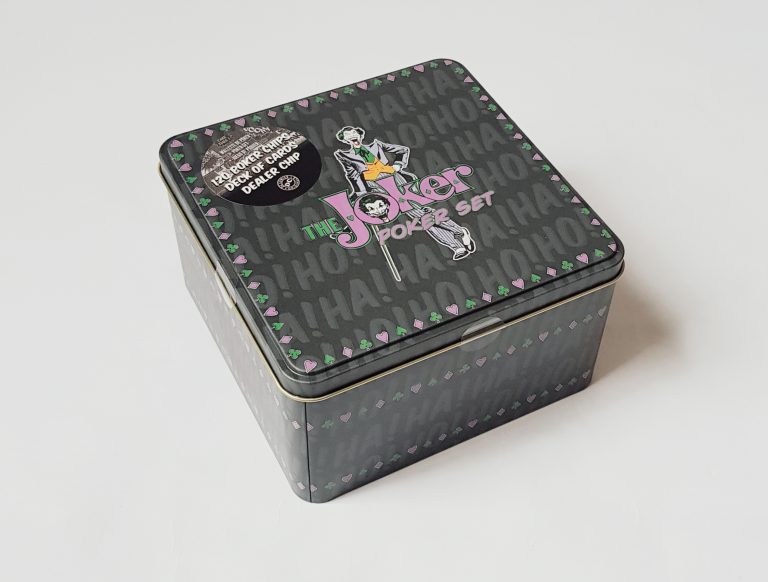 First, a The Joker Poker Set. 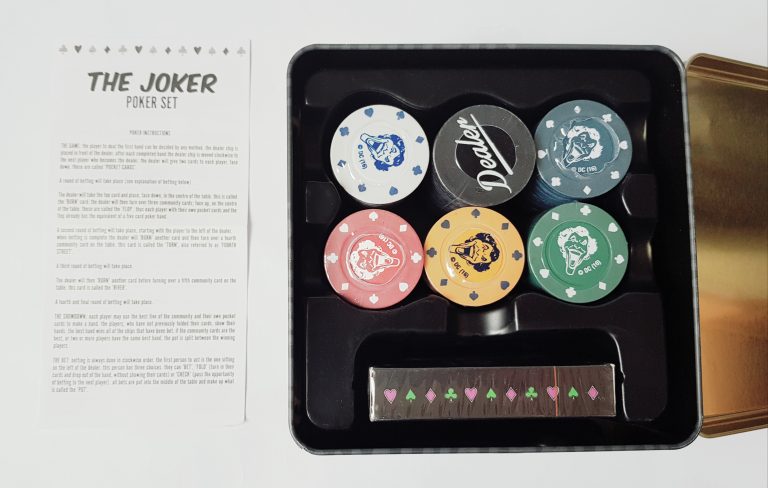 It might be geeky, but it has actual practical use. It includes a pack of playing cards, 120 chips, and even instructions for gameplay.

Each set of chips has a fun retro Joker design on them, as do the playing cards. It’s all presented in a rather nice tin.

What a brilliant addition to Game Night! 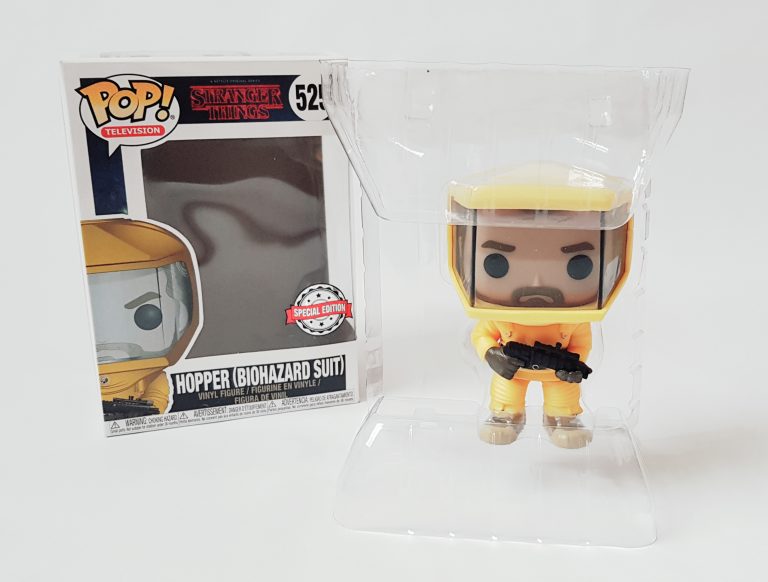 This Funko POP! Hopper (Biohazard Suit) figure is a great reminder that the new series of Stranger Things starts next month!

I think this is an unusually nice POP figure, the helmet is properly hollow around the head, and the details are very nice. 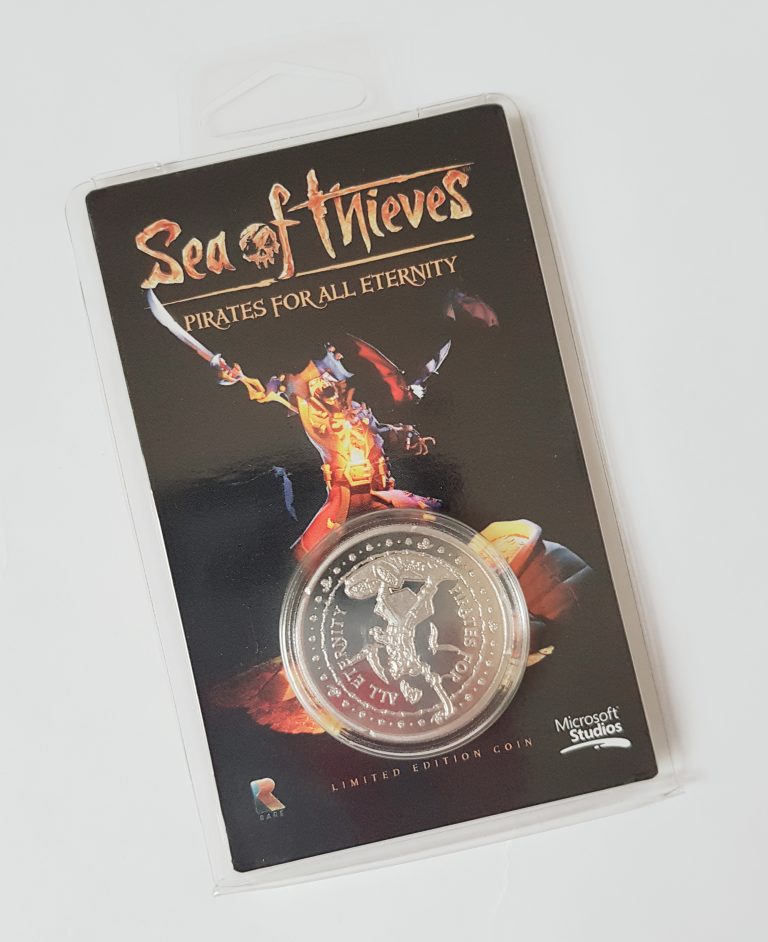 Limited edition coins are a terrific collectible, and this Sea of Thieves Limited Edition Silver Coin is no exception. 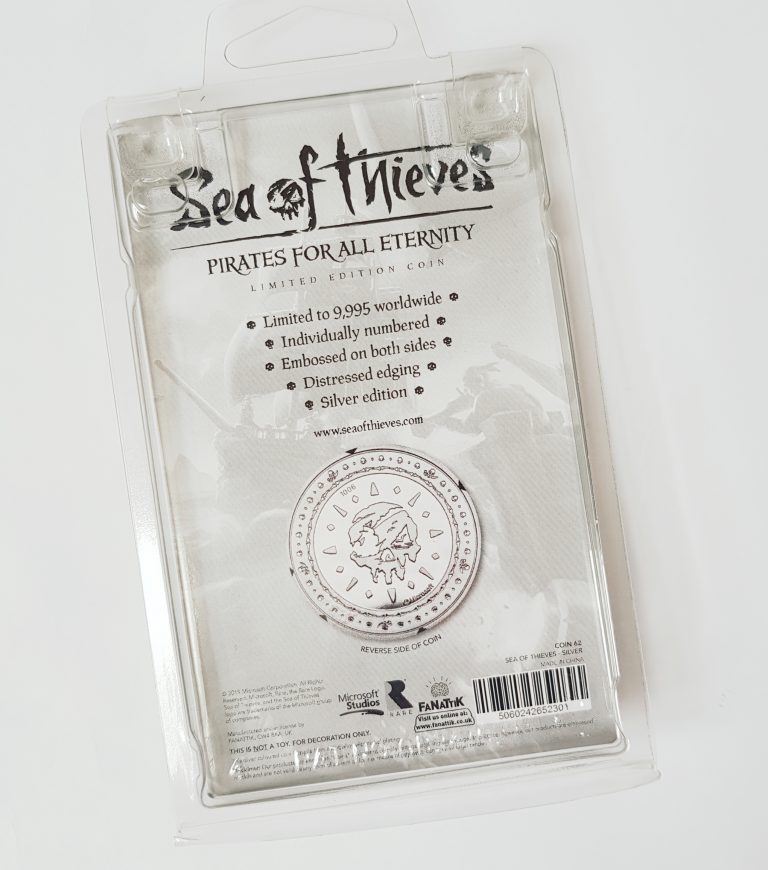 It’s one of only 9995, and each one is individually numbered and comes with it’s own plastic protective case. 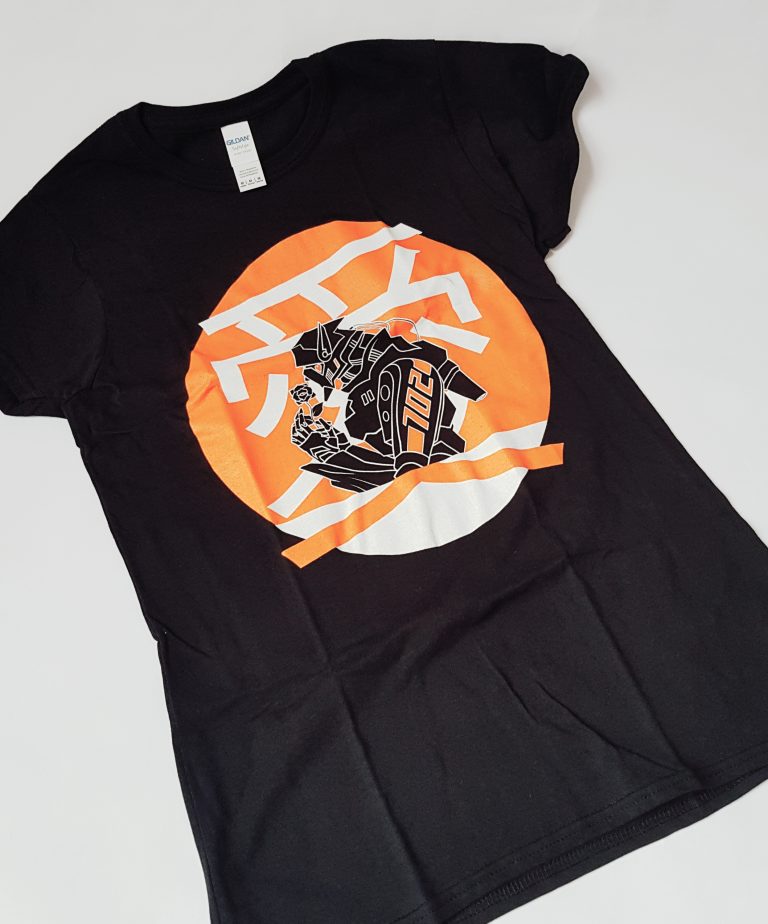 The design is quite cool, but I have to say I have no idea what it’s supposed to be! It looks like it’s a robot holding a rose with a kanji in the background, but as to what that means, no clue at all.

One excellent thing about My Geek Box is that you get the option of men’s or women’s t-shirts. This is actually pretty unusual, a lot of geek shirts only come in the standard men’s/unisex fit. So if you like the baggier cut go for the men’s version, and if you prefer a more fitted shape, there’s the women’s shirt.

I do enjoy My Geek Box. Even though it’s not themed in any significant way, they seem to be pretty good at throwing something current in the mix. Las month was Game of Thrones, and this month is Stranger Things.

I’m mildly disappointed by the t-shirt, just because I don’t know what it’s supposed to be. It’s fine not have a menu, and items are generally completely self-explanatory, but this is unusual that it doesn’t have a theme or universe printed in the inside of the neck.

I do really like the poker set! Geek collectibles and merchandise are always fun to have, but having something that has a proper practical use is extra special.

Also impressive is the option of men’s and women’s t-shirts. This seems to be pretty unusual for geek subscriptions, but of course women are geeks as well, and we don’t necessarily want baggy shirts!

This month is excellent value as well. Going by Amazon, the POP is currently selling for nearly £20, and the poker set for £15. I also found the coin for a tenner. So you got a terrific amount of bag for your buck this month, even without the t-shirt.

All in all, a great collection of geek treats! Popular and well-knows franchises, and proper licensed items, Great value this month!