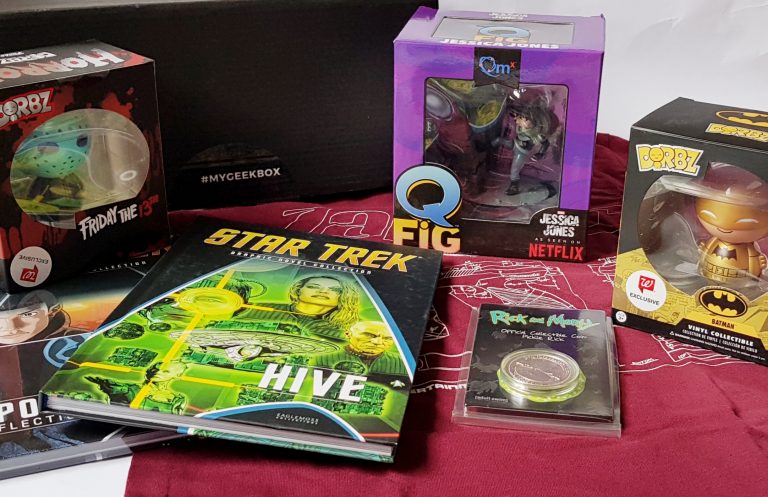 My Geek Box is exactly as it sounds – a box of geeky stuff! There’s no theme or menu, you simply get a selection of items from a huge assortment of geeky franchises.
It costs from £19.99 a month, including postage. 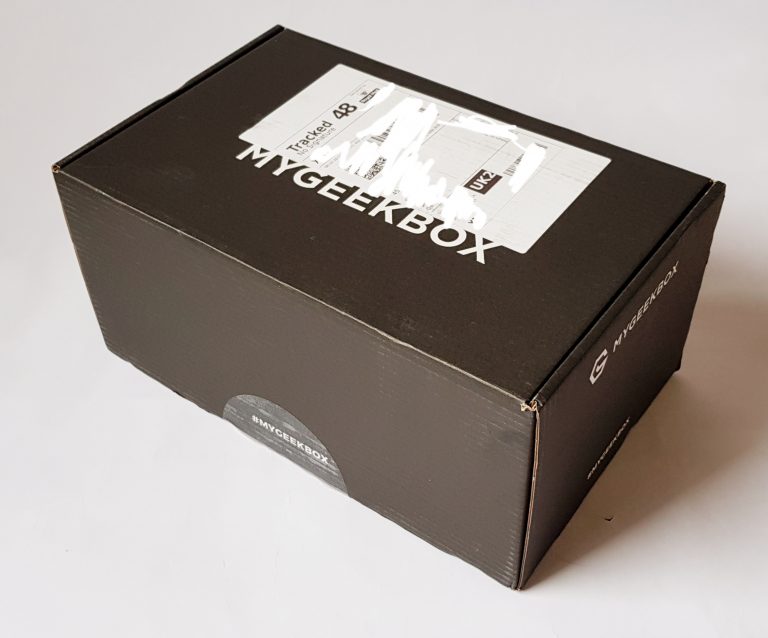 The box is pretty big! 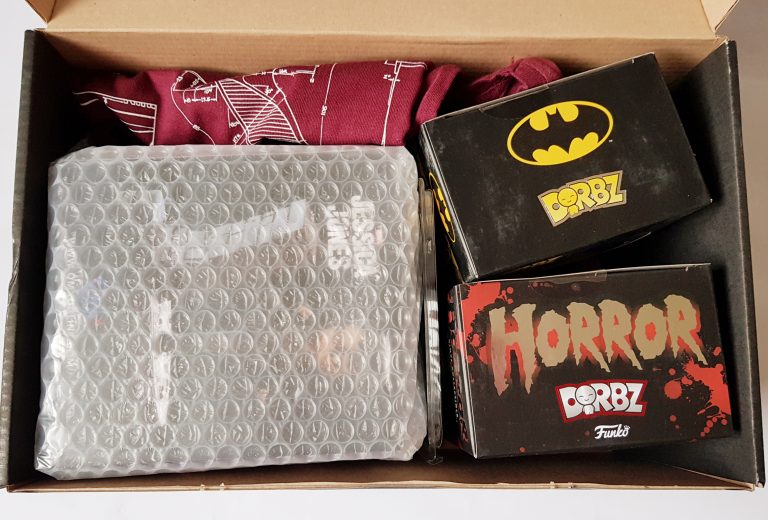 All kinds of stuff in there. 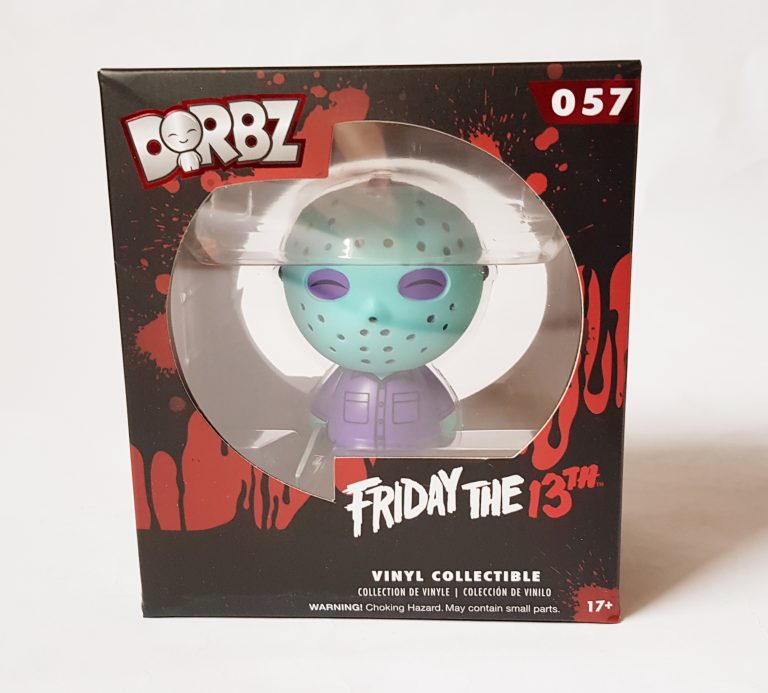 This is a Dorbz, which are small cute figures from Funko, who produces the famous POPs. They are smaller than POPs, and a slightly more basic style. 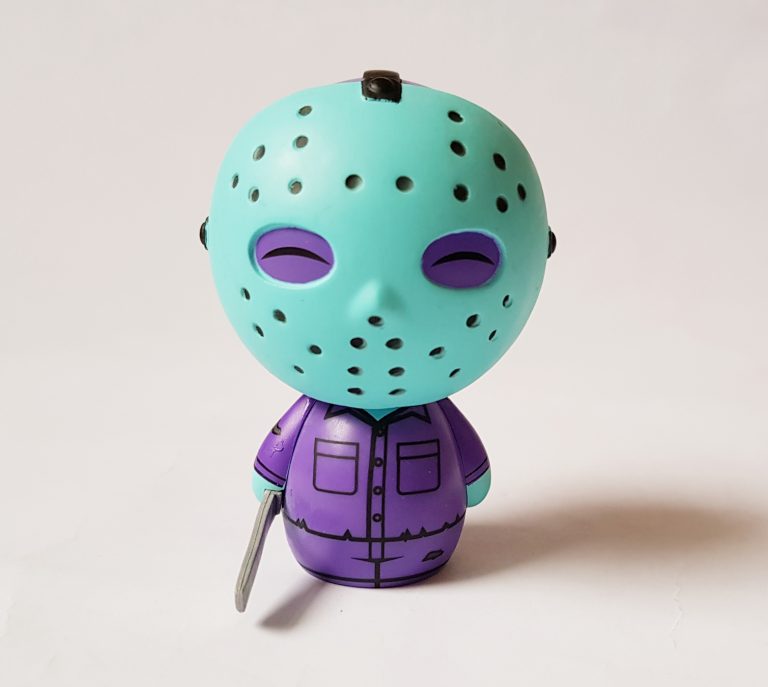 This one is Jason from the Friday 13th series of movies. 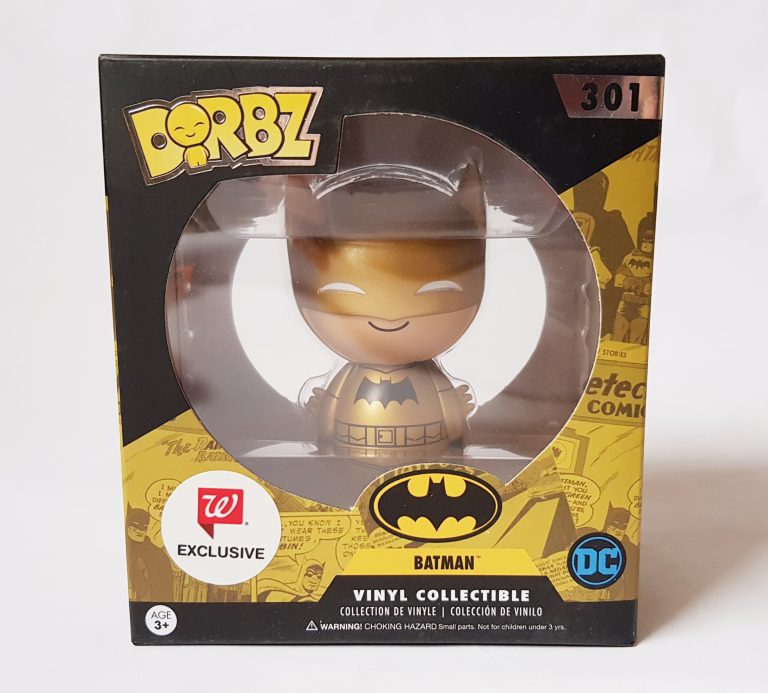 Another Dorbz  figure, this time Batman in a gold version. 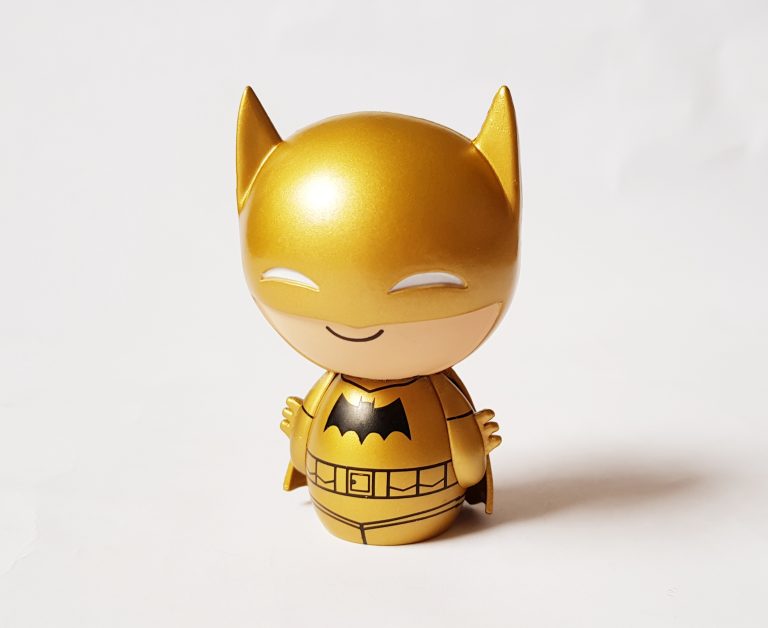 According to the box this is a Walgreens exclusive (Walgreens is an American shop similar to Boots) but I assume the exclusive period is past now. Nonetheless it’s a cute figure, and I like the gold colourway. 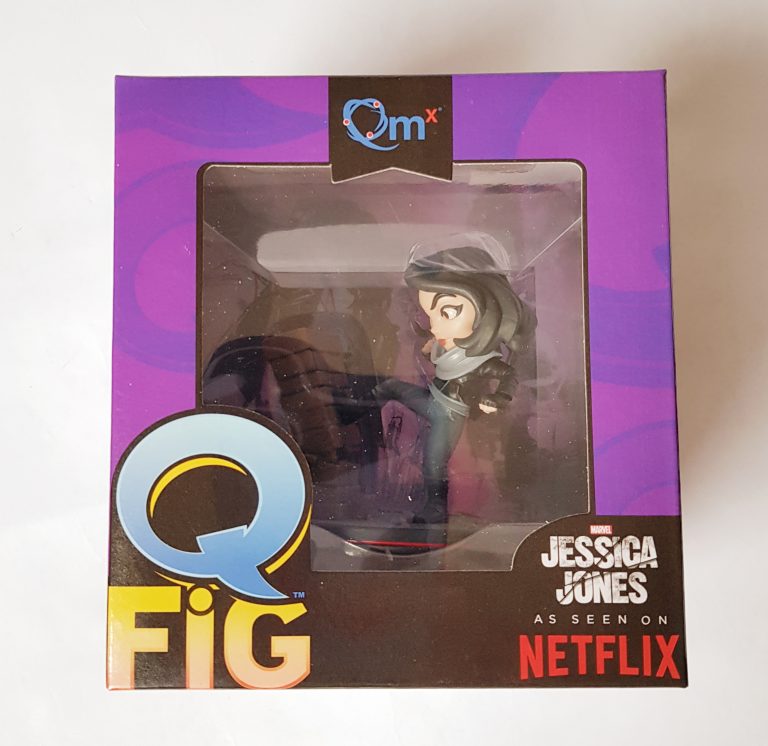 Another figure, this time a Q Fig of Jessica Jones. 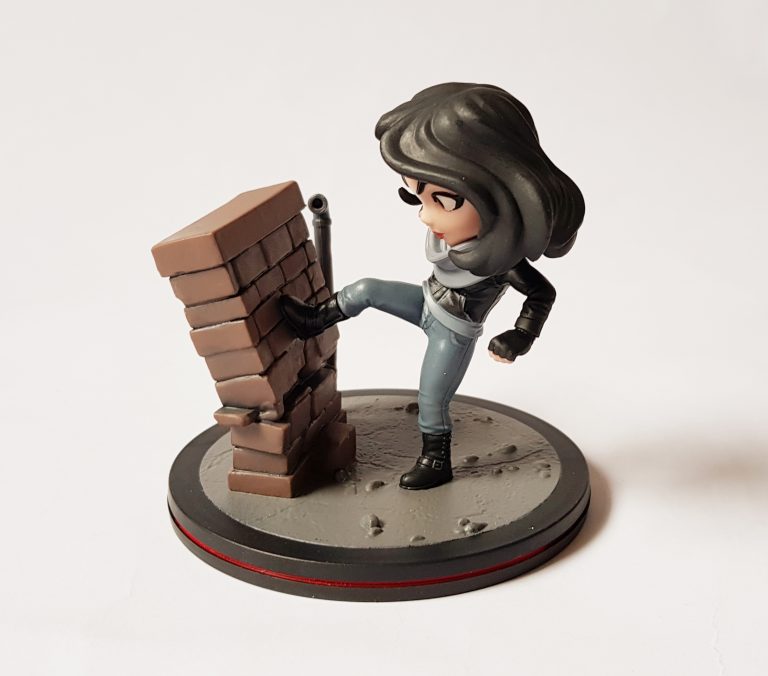 This  character is part of the Marvel universe, and of course is also part of a couple of Netflix TV series. This is a pretty fun figure showing Jessica Jones kicking down a brick wall! 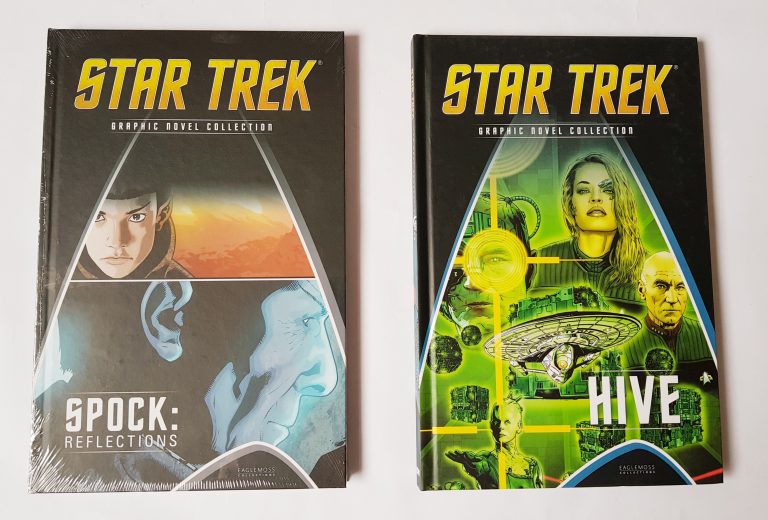 They’re volumes 3 and 4 of a series that is a collection of various Star Trek comics, including rare ones that are out of print. 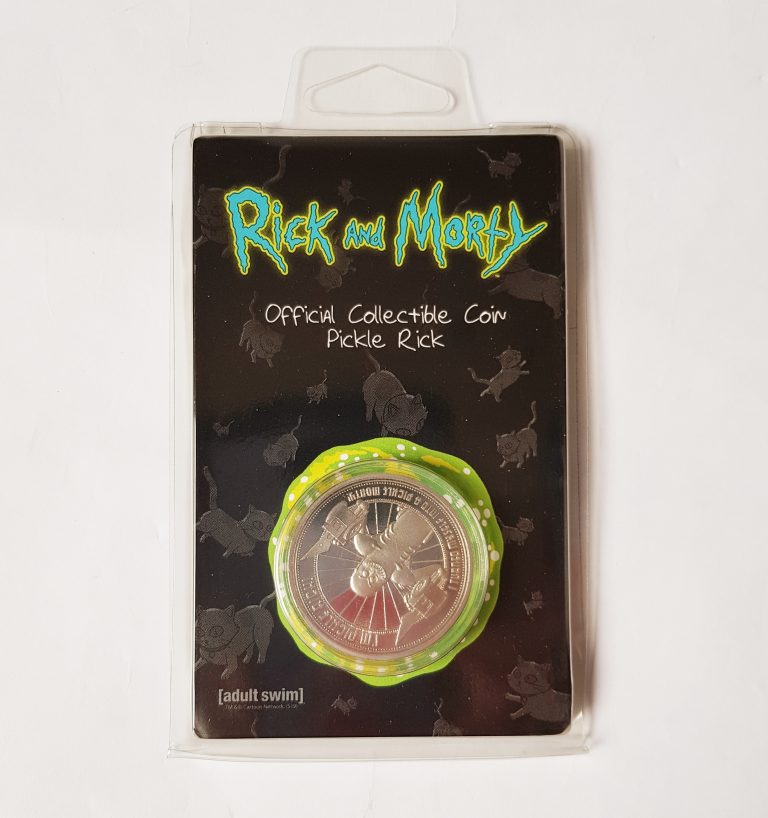 My favorite item! A Rick and Morty Official Collectible Coin! This one shows Pickle Rick, and if you’re a fan of the show you’ll know what this means. Oddly enough I can’t find any trace of these coins on the internet, though collectible coins of this type are fairly common. It doesn’t appear to be numbered either, but even so, it’s really cool because I love Rick and Morty!

Finally, there is a t-shirt but for some reason I totally failed to photograph it. However it can be described as a blueprint of a Nintendo ‘zapper’ gun, that’s used is certain NES games. It’s burgundy colour and a pretty fun graphic.

My favourite item this month is the coin. I'm a huge Rick and Morty fan and I love any of the merchandise from the series! The shirt is a fun design, and has a nice retro feel as well. I'm less keen on the books, because I@m not really into Star Trek and also they're part of a series, which I think is tricky unless you have all of them! The figures are nice, though I think three figures is a little much for me, I really thing there should only be two in a box. That aside, it's a good selection, and you certainly get an awful lot for your money! There's such great value that I don't think it matters if you don't love everything, because even gifting a couple of items you still get plenty of bang for your buck.