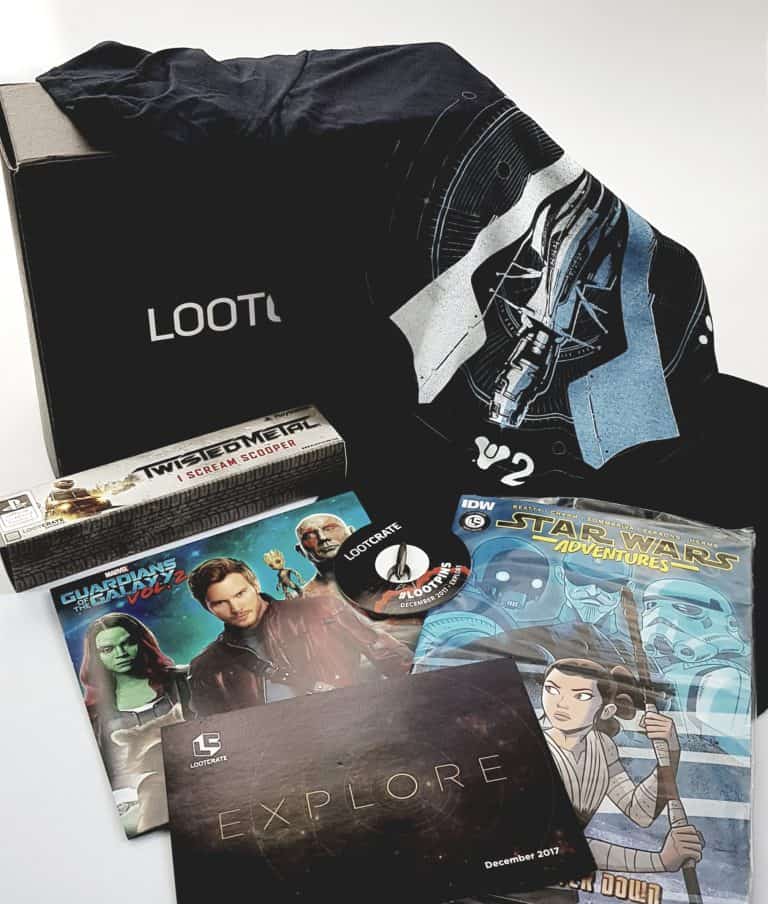 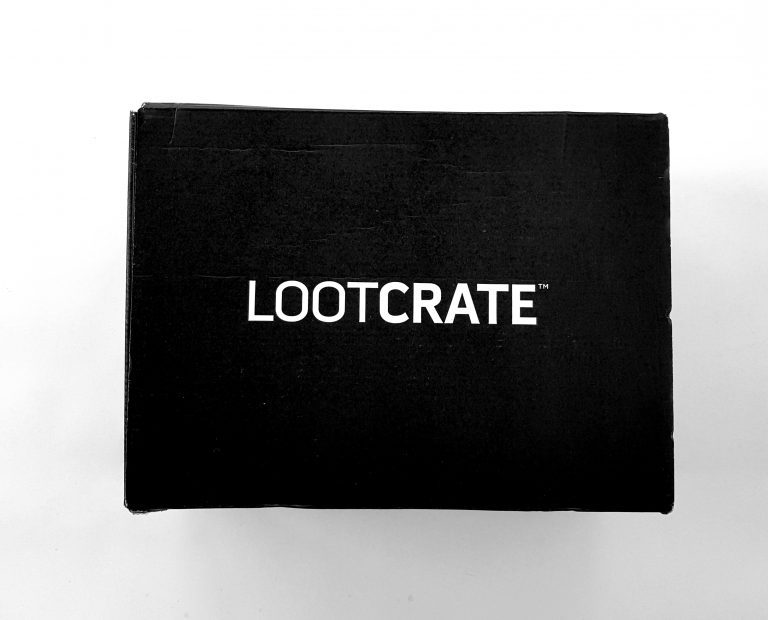 This month’s theme is EXPLORE. 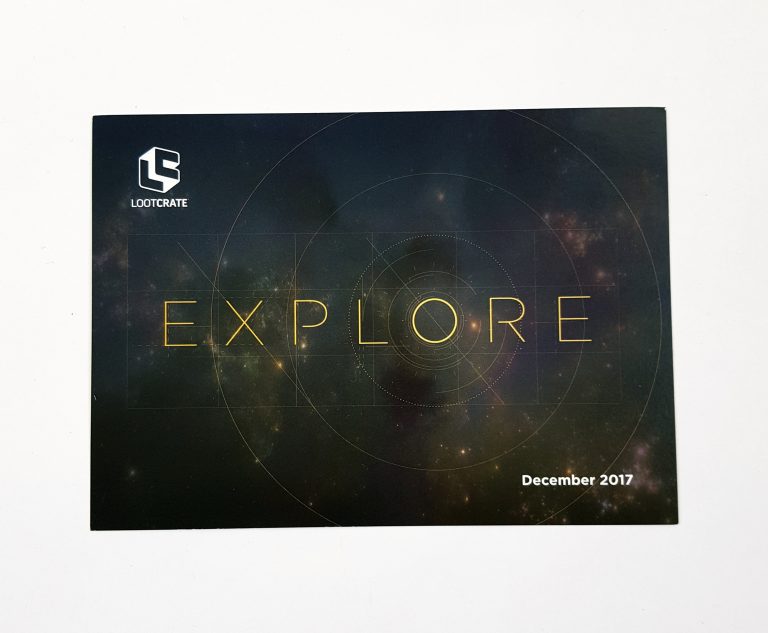 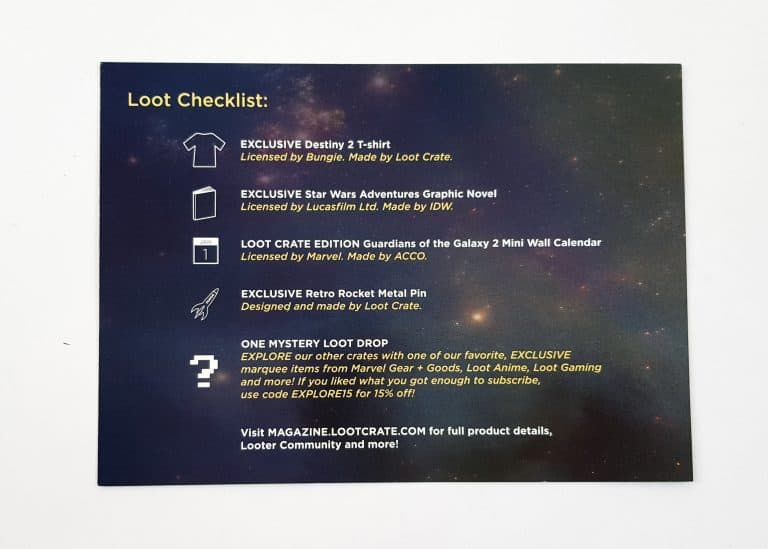 It looks like LootCrate has dispensed with their booklet and is now just including a flyer.

The link takes you to a virtual version of the booklet. 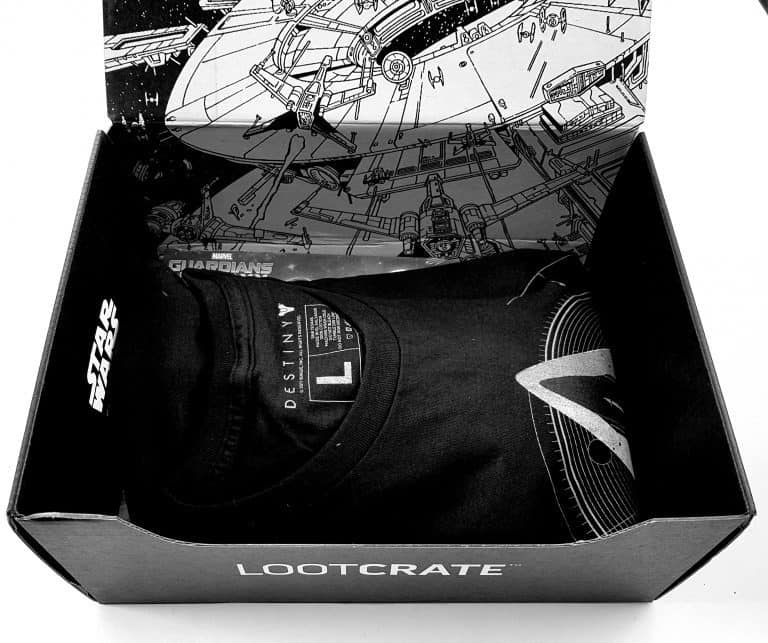 The box is pretty big this month, though it’s not very full. 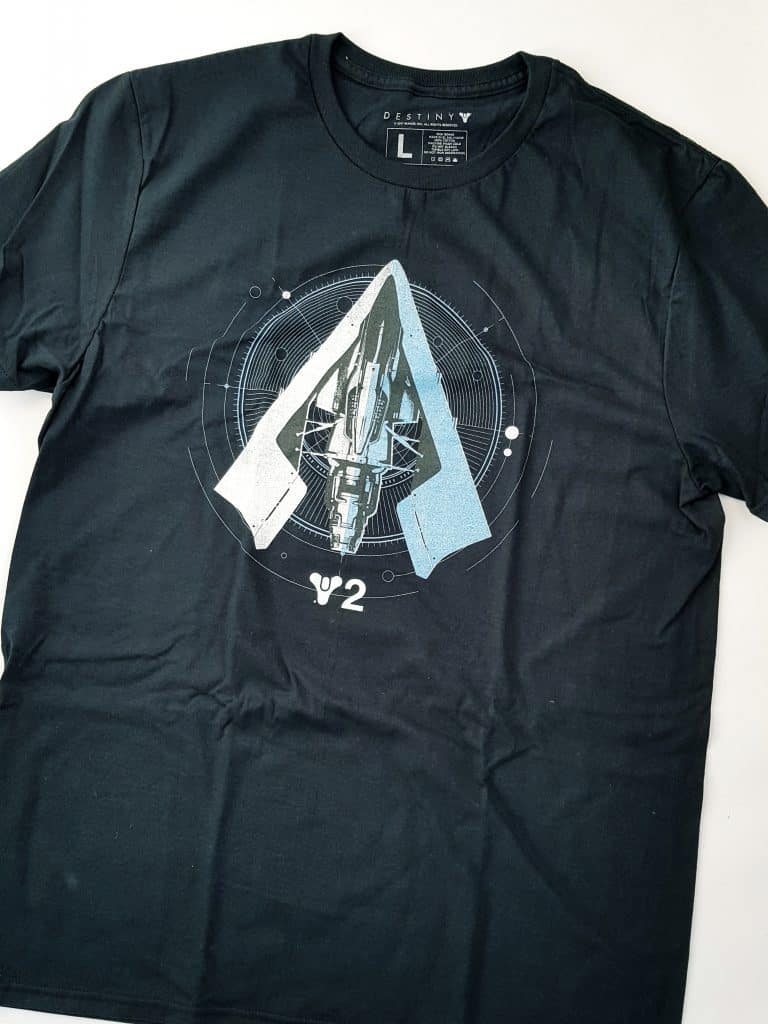 On top is this month’s T-Shirt, and the design is Wonderwing from Destiny 2. 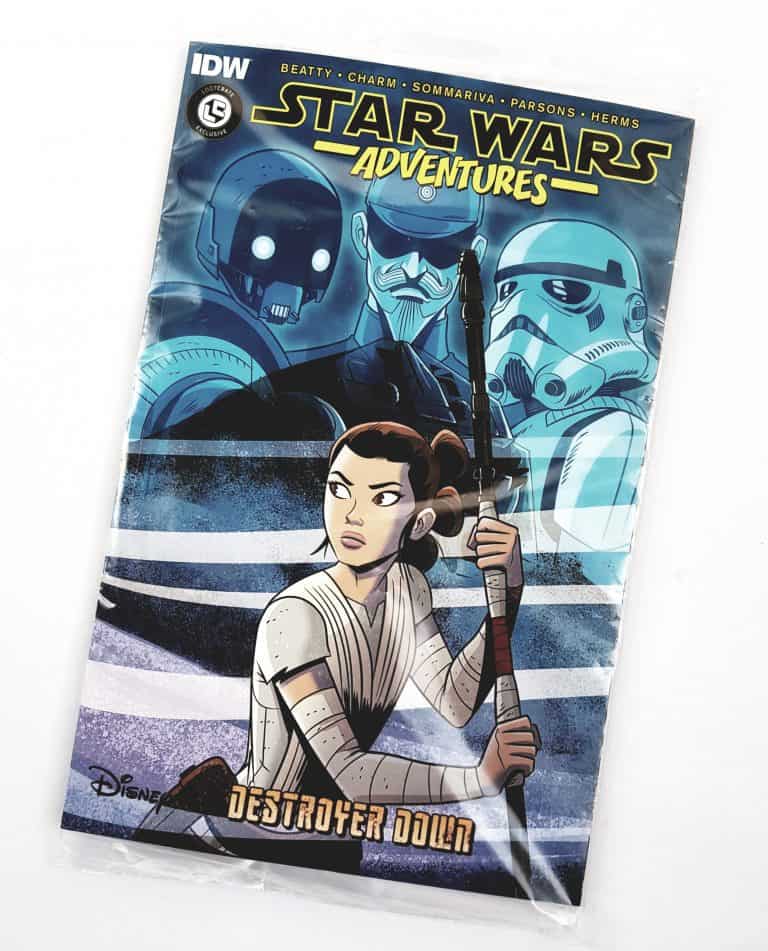 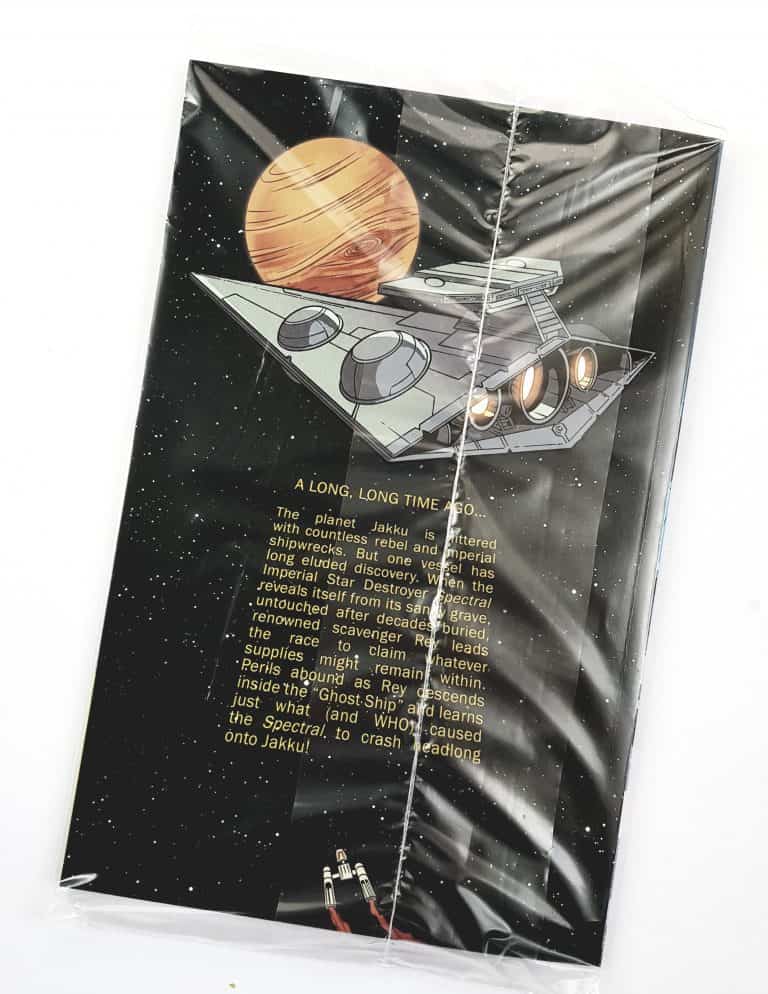 This LootCrate Exclusive graphic novel is one of a series of Star Wars Adventures. This one is set before The Force Awakens, and tells the story of how Rey discovered the derelict Imperial Star Destroyer Spectral on Jakku. 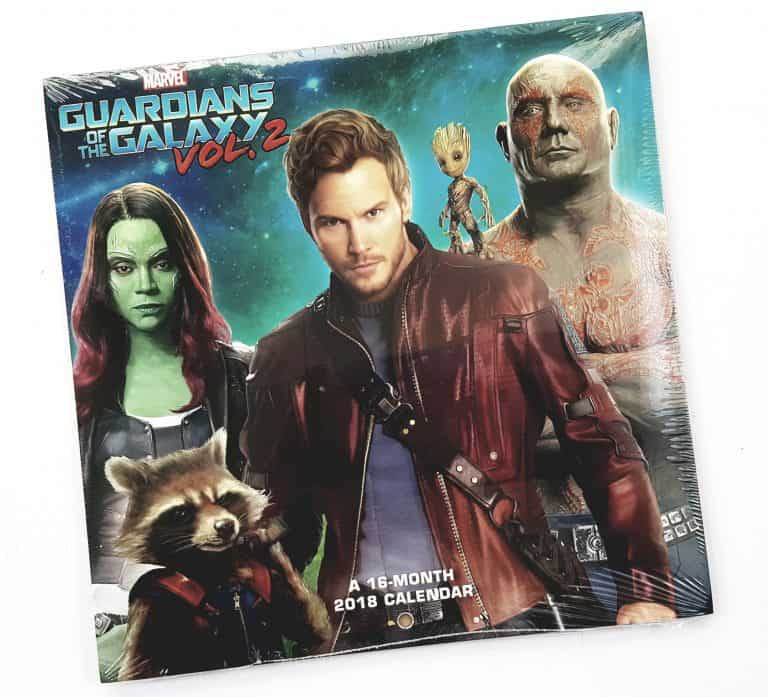 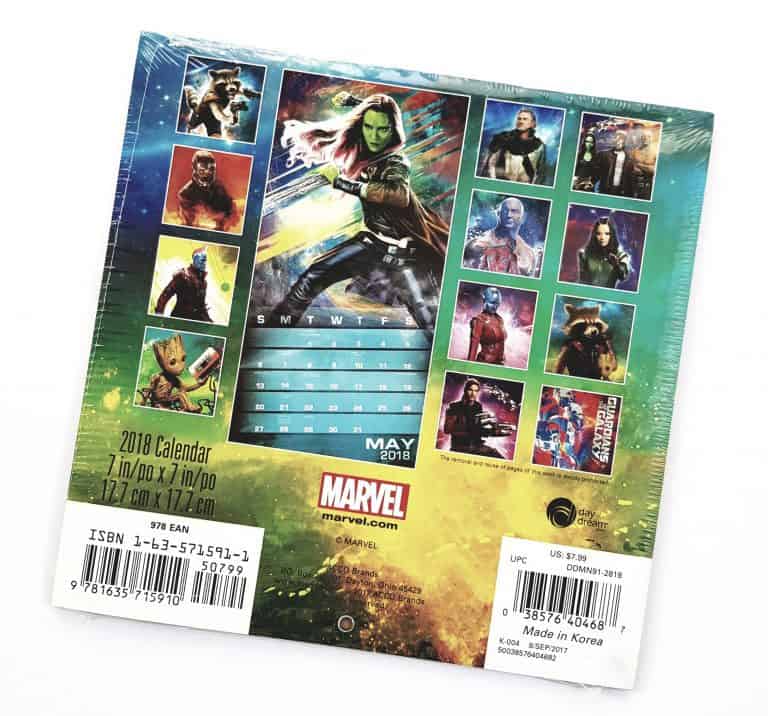 This Loot Crate Edition Guardians of the Galaxy Vol. 2 Mini Calendar has an exclusive cover. 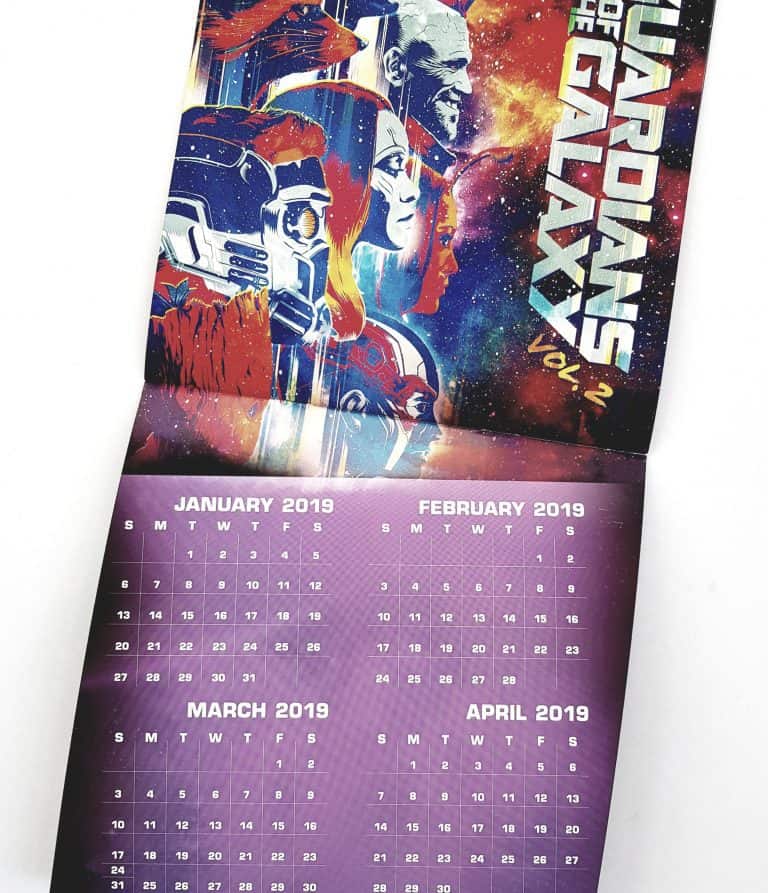 Technically it’s a 16 month calendar, but the last four months are all on one page.

This month’s LootCrate includes a Mystery Item from another crate line. 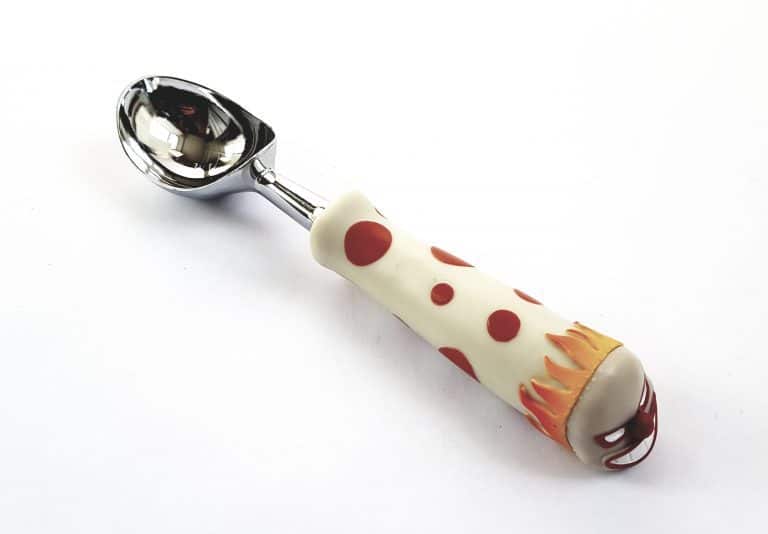 As this I Scream Scooper Ice Cream Scoop is from the PS2 game Twisted Metal, I assume this is from the Loot Gaming line.

It’s all in one piece, and the handle has the face of Needles Kane, a killer clown who drives an ice cream truck.

According to the online magazine this is one of a number of different options. 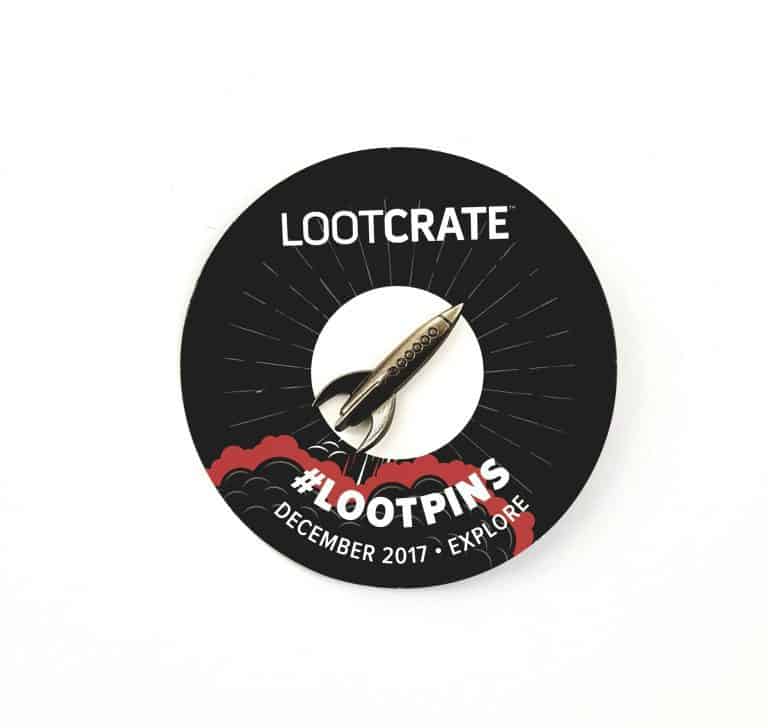 Finally, this month’s Loot Pin is a rocket ship. It ties into the Explore theme as a great way to explore the cosmos!

Star Wars Graphic Novel: I found another in this series for £7.36.

This is the first time the value has come under the advertised value, though technically it’s more than the actual price.

The t-shirt is fab. It actually fits my husband, which is great as he adores Destiny!

The graphic novel is fun, though it’s quite short. It’s nice to have an exclusive story and learn about Rey pre-The Force Awakens.

The pin is simple but it’s a very cute design. It’s nice to have a different shape for a change!

Now, it gets sketchy.

Not only did I find the ice cream scoop on Amazon, I also discovered it’s from the May 2017 Loot Gaming box. So basically they had a load of excess stock and decided to get rid of them by putting them in a regular Loot Crate. I think this is kind of a cheat. It doesn’t fit in with the theme (I don’t count ‘exploring’ other Loot Crate lines) and it’s appeared in another crate before. Having had a look at the game itself, it’s a pretty old game.

The calendar wouldn’t have been so bad if this December crate hadn’t arrived halfway through January! But it’s really small, it’s not 16 months (it doesn’t count having four months on one page) and it’s too small to be any use for organizing. This really feels like a filler item, and the value is extremely low.

I’m sad they’ve moved to a virtual magazine. It’s not nearly such a nice experience having to get out the laptop to look at the booklet and details about the items. I realise it’s probably a money-saving thing, but it’s not a good coincidence when the box value itself is so low this month.

This is very much a mixed bag. Like I said, the pin, graphic novel, and shirt are terrific, but it’s really let down by the other two items and the value.