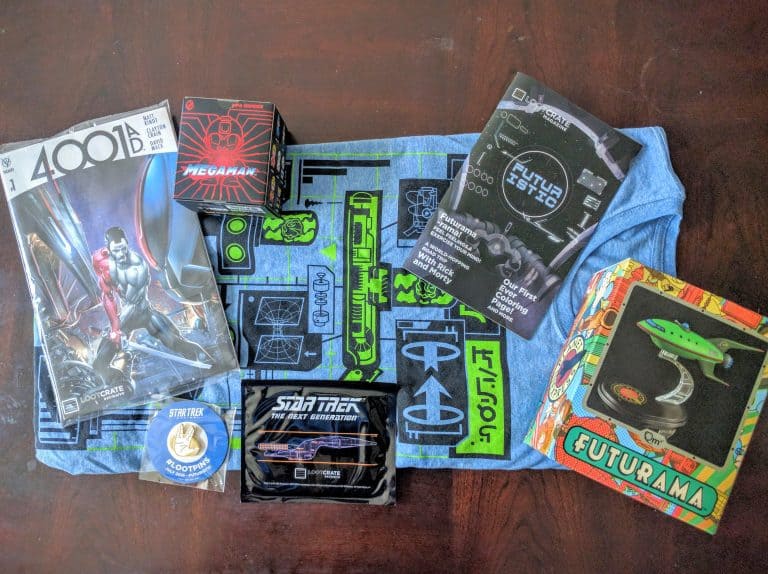 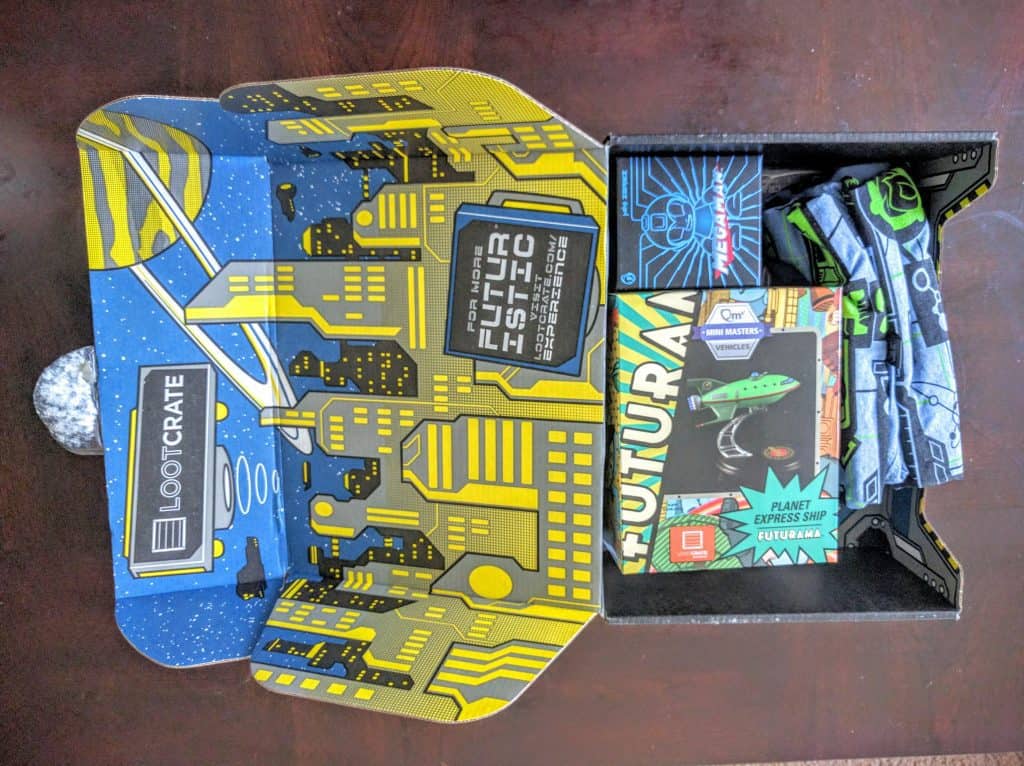 This month’s Loot Crate brings the theme of the future and they have included a number of exciting items from Rick and Morty, Futurama, Star Trek, Mega Man and 4001AD. 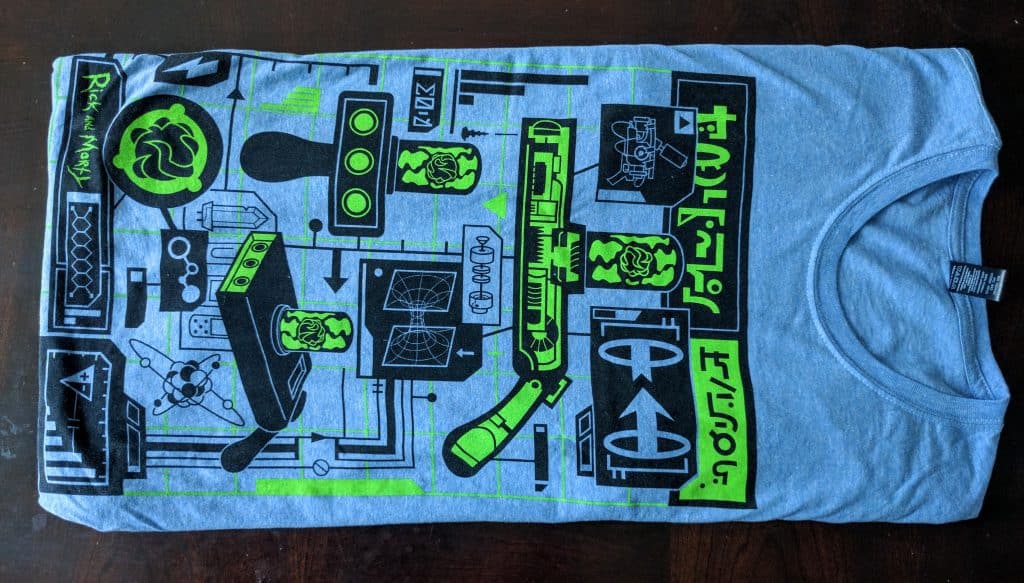 I’ll start with the t-shirt which has been created by Loot Crate with the design of Rick’s portal gun schematics. The design is quite subtle, if it wasn’t for the ‘Rick and Morty’ text at the bottom of the t-shirt, it would be difficult to know that it is actually a Rick and Morty t-shirt. The blue heather colour looks really nice in person and contrasts well with the design colours. I don’t really like the fit of the t-shirt, it has a long height and it’s tight around, think tall and thin sizing. That seems to be the way that all of the Loot Crate t-shirts are now, which might be great for other people but doesn’t work out well for me. 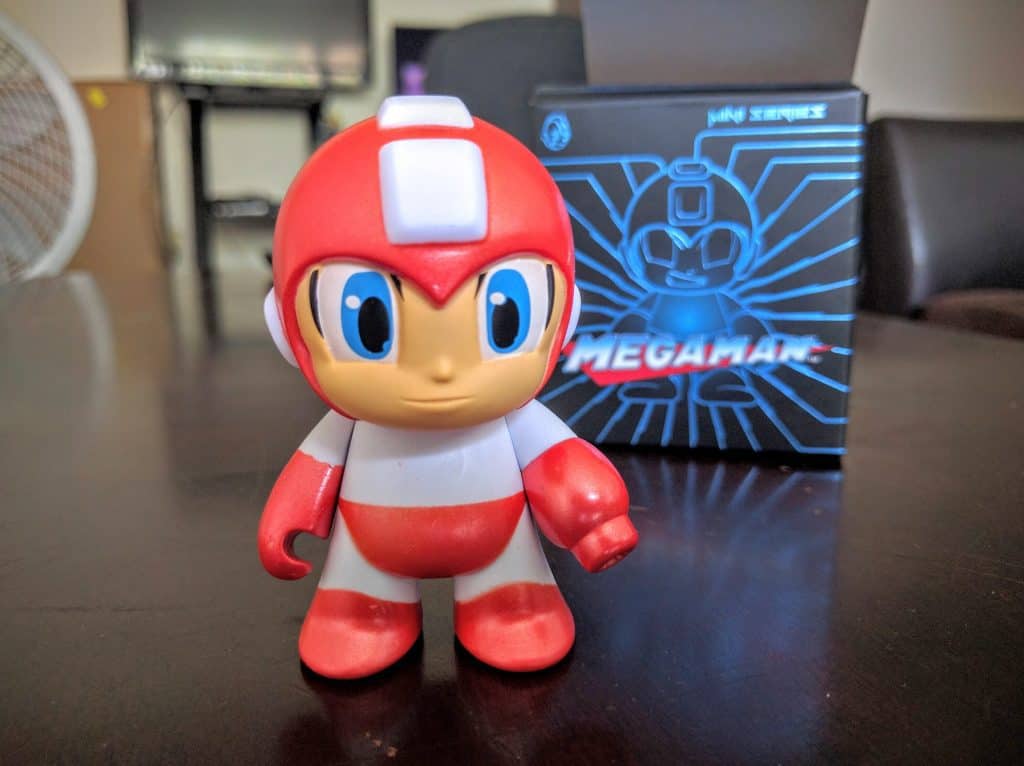 The Mega Man item is a kidrobot figure which is a Loot Crate exclusive due to it being a red variant of the usual kidrobot Mega Man figure. I had thought that there was a chance of getting any of the other figures seeing as how it is a blind box but I think it has been set up so that everyone gets the same red Mega Man figure. So you’ll find that this isn’t actually a blind box in the traditional sense. The quality is up to the usual kidrobot standard, even though it is a Loot Crate release and not a general release. 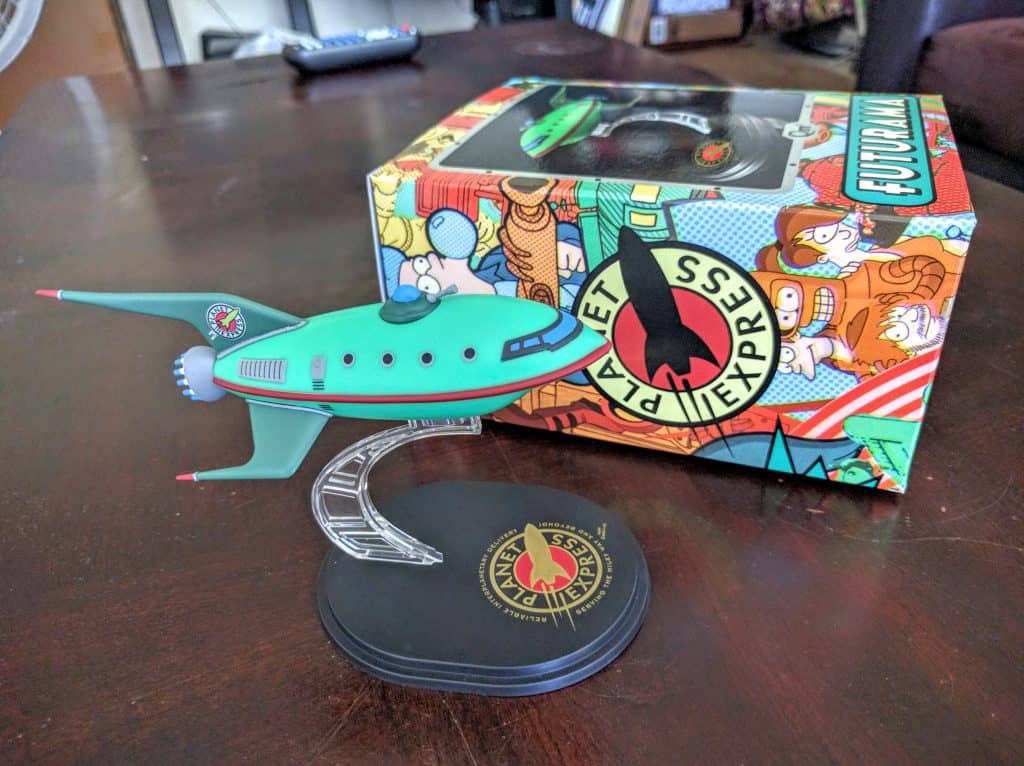 The Futurama figure of the now famous spaceship is probably my favourite. It comes in three parts which are all easily assembled into one piece. The best part being that the ship connects to the stand by way of magnets, allowing it to clip on and off the stand very easily. Something about that is just really cool, that I can lift the ship and set it down in the same motion as it would take flight on the TV show. 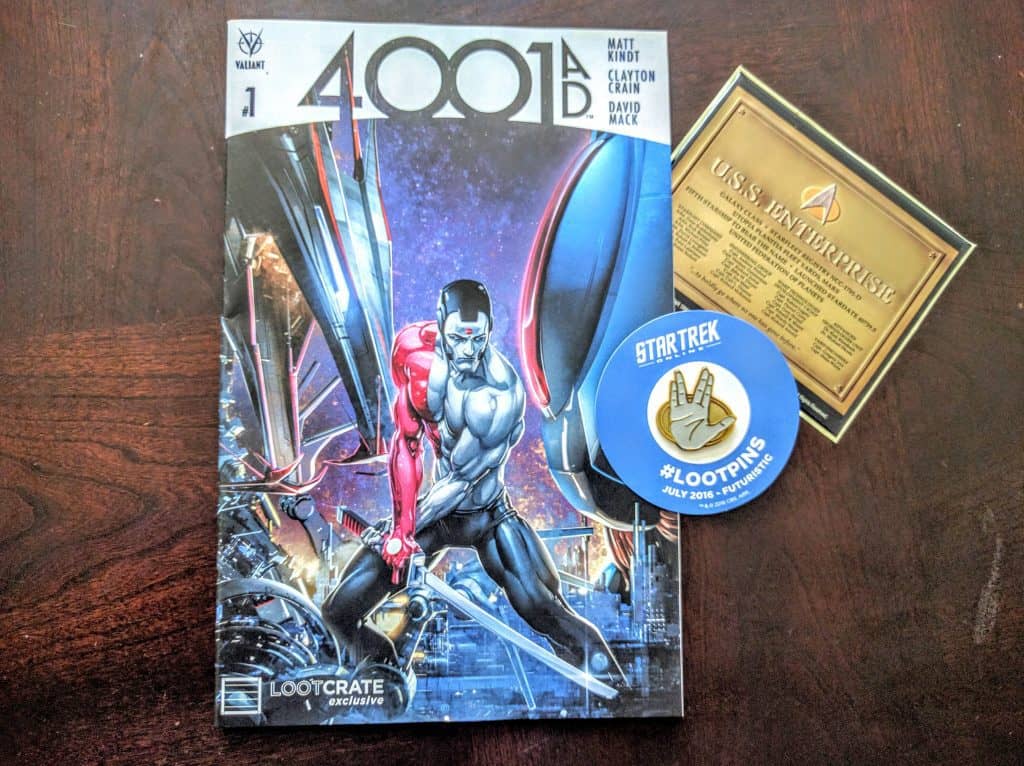 The rest of the items are a sticker Enterprise plaque and a pin from Star Trek as well as a 4001AD comic. The Star Trek pin is something that could be added to a suit lapel, t-shirt, bag etc. It’s a lot like previous pins from Loot Crate with the single clasp at the back, it feels sturdy so it shouldn’t break. The sticker plaque isn’t that impressive, it is just a medium sized sticker that you could put somewhere, it could possibly work as a bumper sticker if it can survive the elements but I’m not sure if that is the case. The 4001AD comic is a nice extra, it is a Loot Crate exclusive as well, I’m not familiar with the 4001AD story, so I’m not sure what is exclusive about it, new story, added content, special scenes…I don’t know. Regardless, it’s a cool read.

There were quite a few Loot Crate exclusives here, I’m not sure that I like so many things that are Loot Crate branded. I would prefer items that I see in the shops that I want, but you’ll never find these specific Loot Crate items in the shops. Perhaps that appeals to you but I would like more non Loot Crate variety. Despite this, Loot Crate do team up with good companies to provide the exclusives so I can’t complain there. This crate is worth getting for the t-shirt, Mega Man figure and Futurama ship, they are really great items, I kind of wish my Mega Man was blue though.

This crate is worth getting for the t-shirt, Mega Man figure and Futurama ship, they are really great items, I kind of wish my Mega Man was blue though. It has a great selection of items including some really memorable figures.