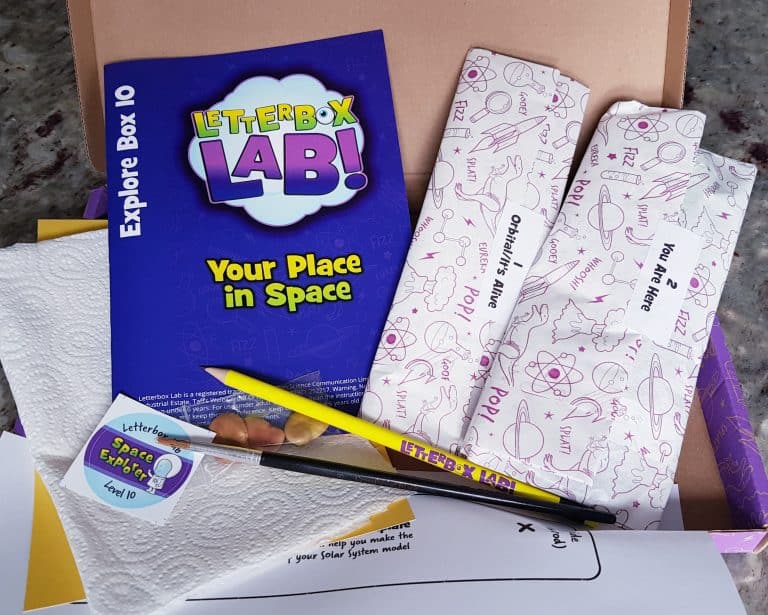 Letterbox Lab provide innovative children’s science kits as subscription boxes.
The Explore Box (£8 + £2 postage) is for kids aged 6+ and contains a least an hour’s worth of fun science.The Investigate Box (£22 + £2 postage) has more experiments and more items of collectible lab equipment with enough to keep a junior scientist busy for 3 or 4 hours.Both kits have full-colour illustrated instructions and online videos to make it easy to do all the experiments.

My lovely helper is my daughter, Little C, age seven. I was sent an Explore Box, which is perfectly designed for her age group. 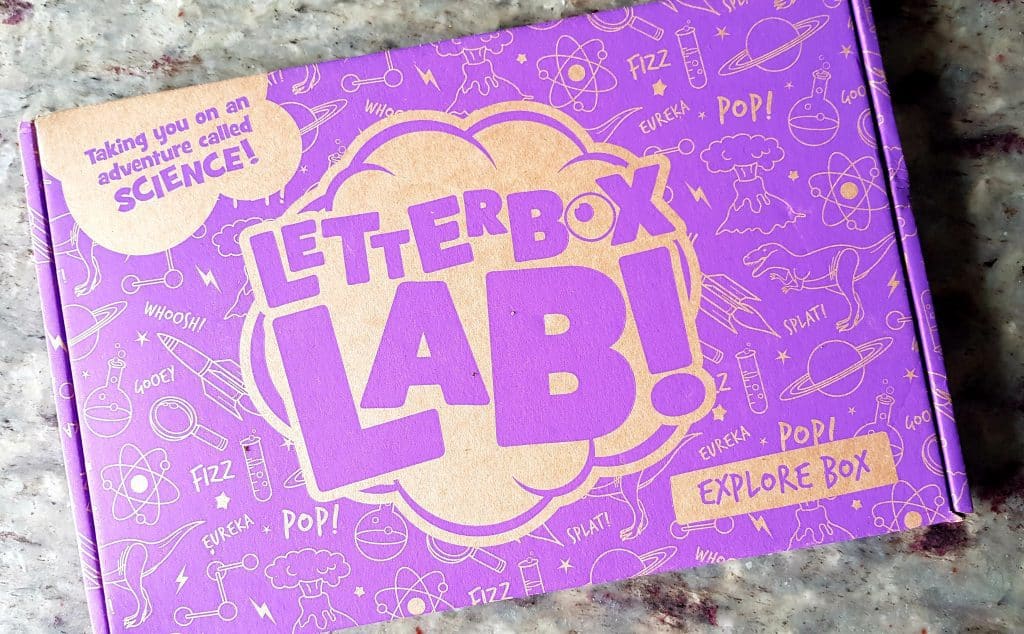 This month’s theme is Your Place in Space. Sounds intriguing! 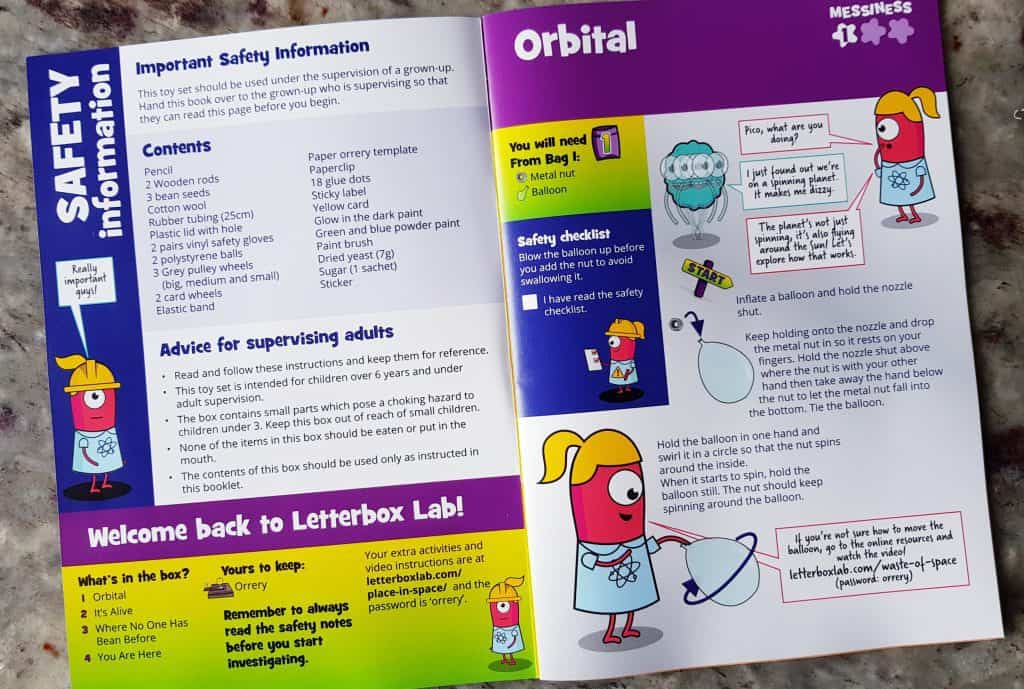 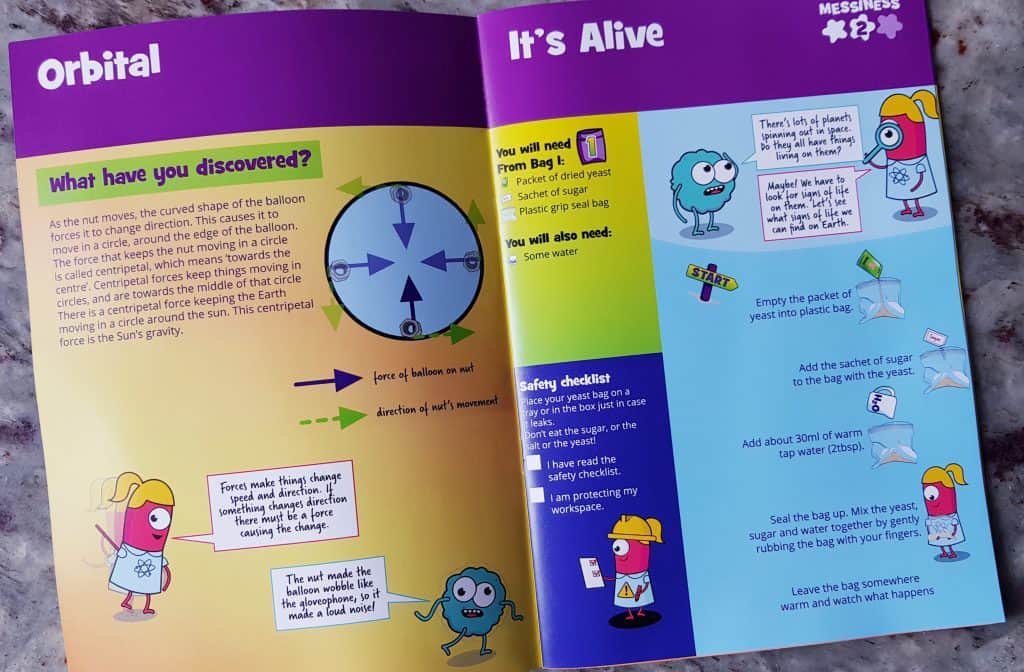 The first experiment was called Orbital, and used a balloon and a metal nut to demonstrate centripetal force. It wasn’t really photograph-able, but the nut made a satisfying whirring sound!

Next was It’s Alive! 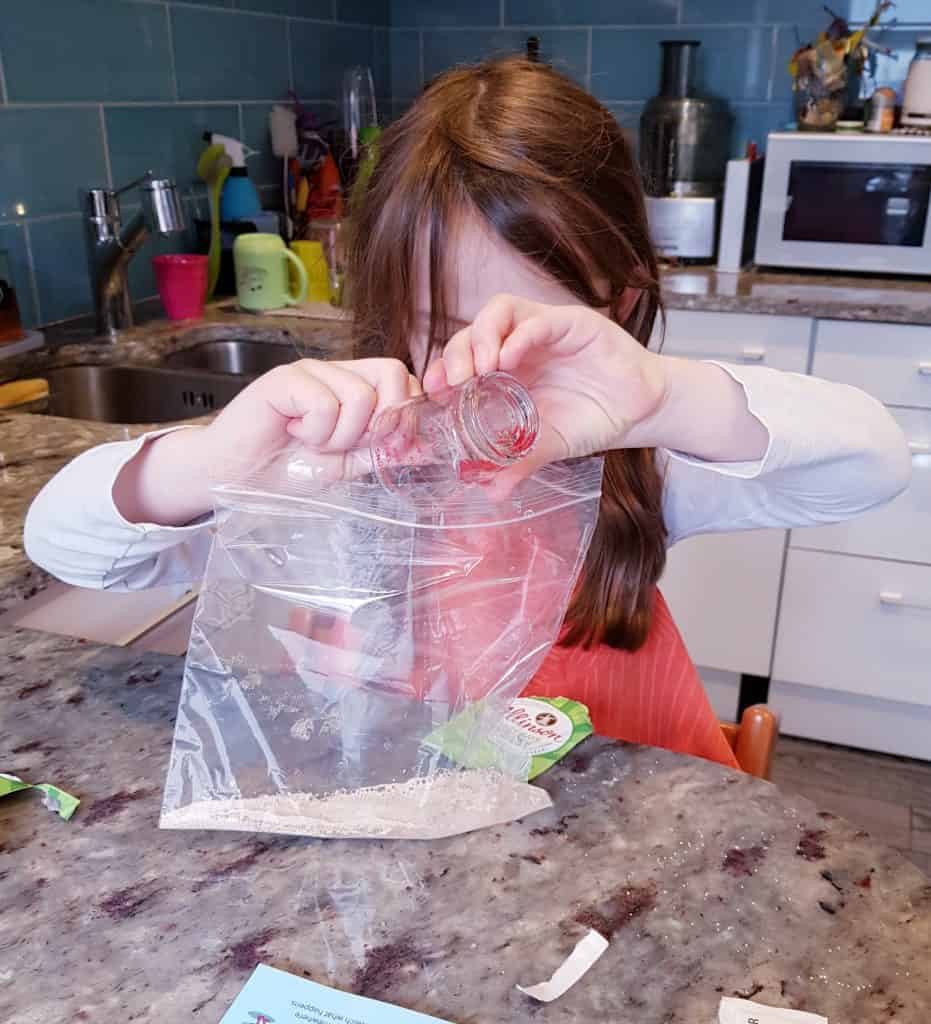 We mixed yeast, sugar and water in the bag, smooshed it up, and put it on the radiator (it was the best warm place we could find!) 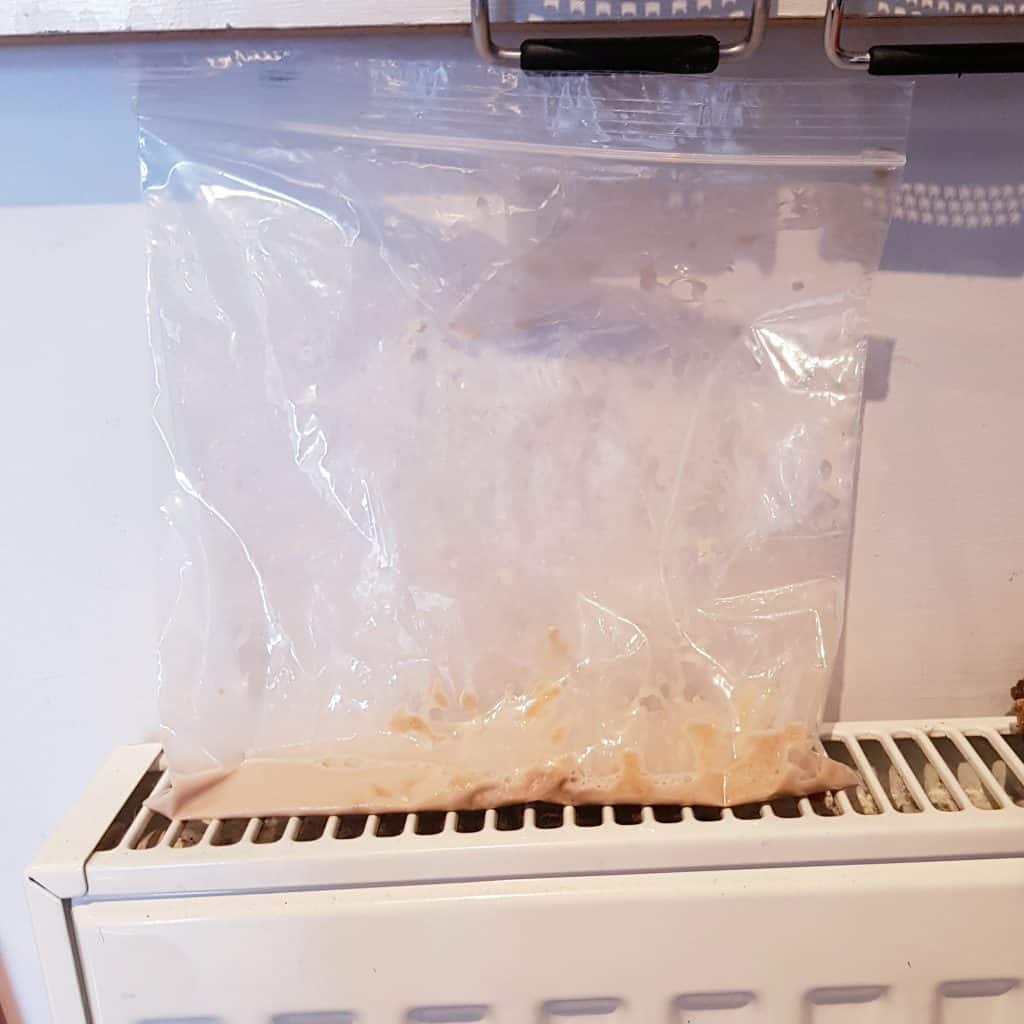 This is what it looked like at the beginning. 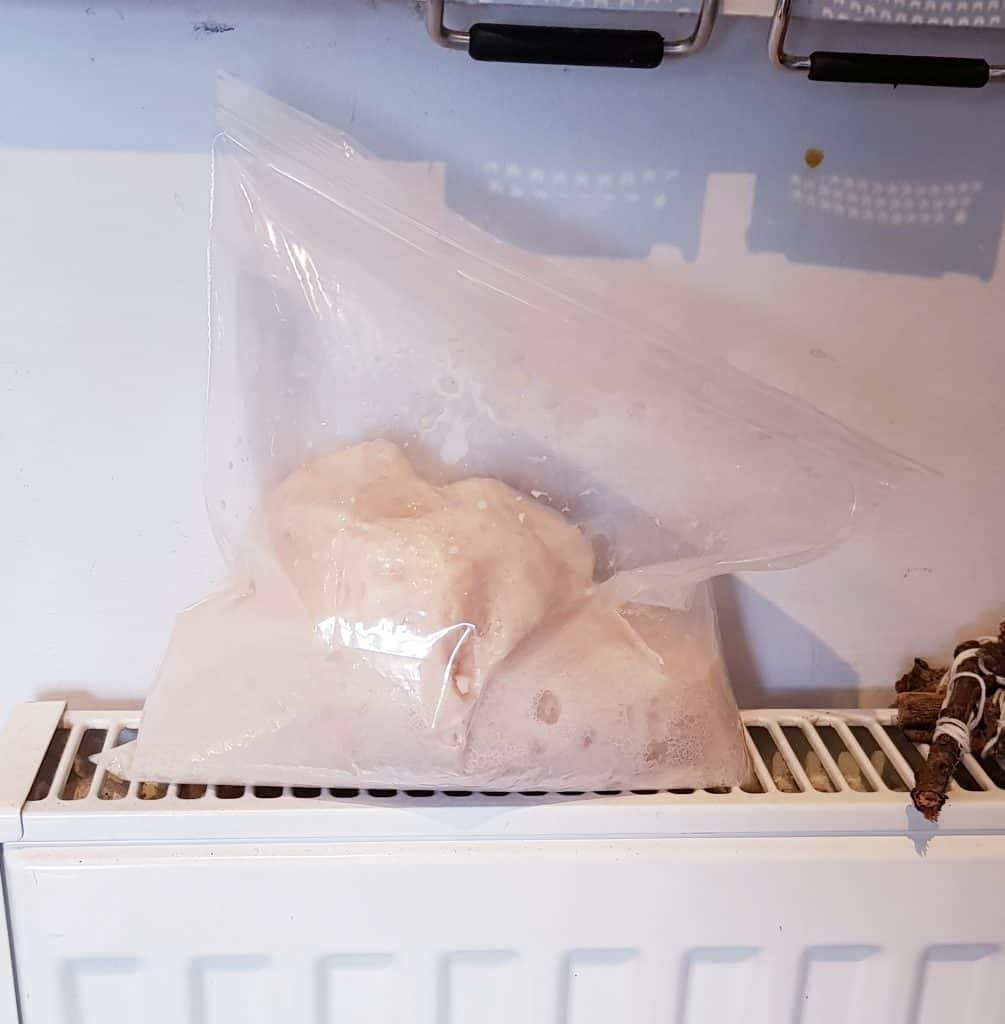 And this was what it looked like about about 45 minutes! It had grown and bubbled up enormously. 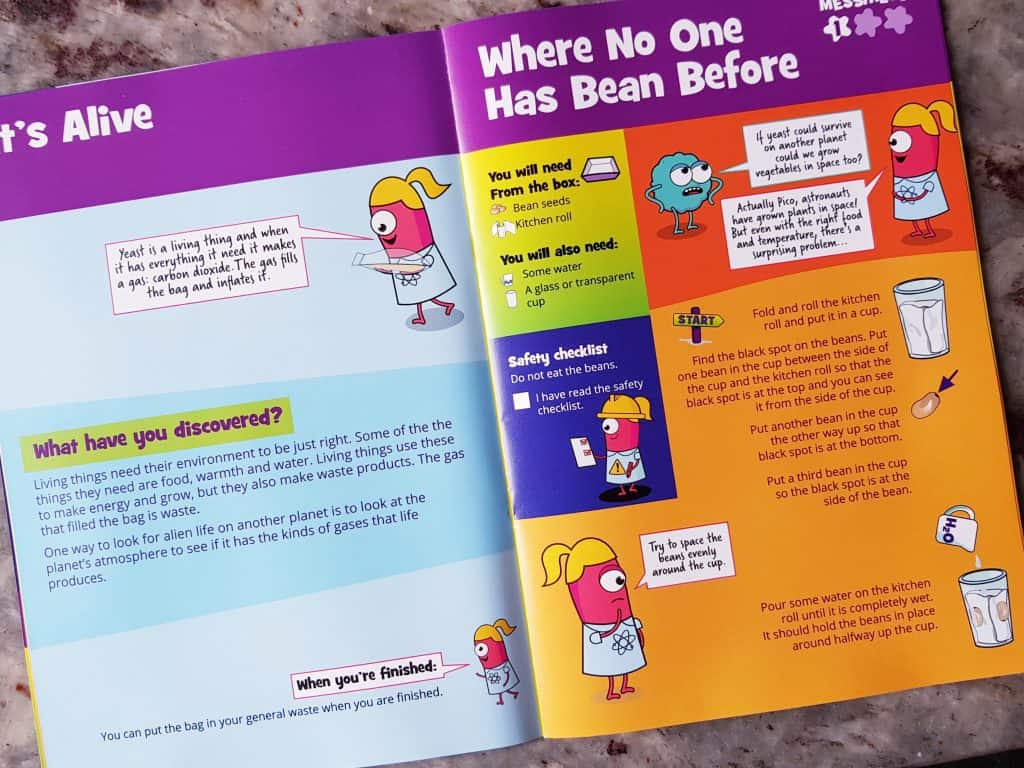 Where No One Has Bean Before is more of a long range experiment.

We put the paper towel in and then added the beans, all pointing in different directions as instructed. The glass is sitting on the windowsill, and we’ll be keeping an eye on it to see how they grow! 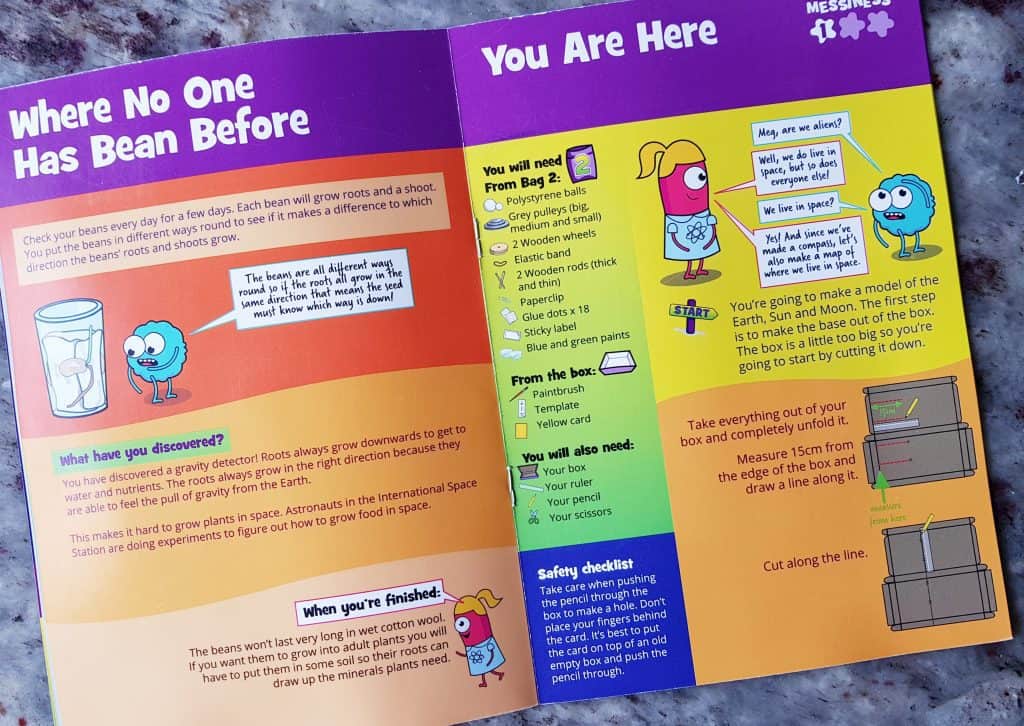 Finally, You Are Here was something to build! 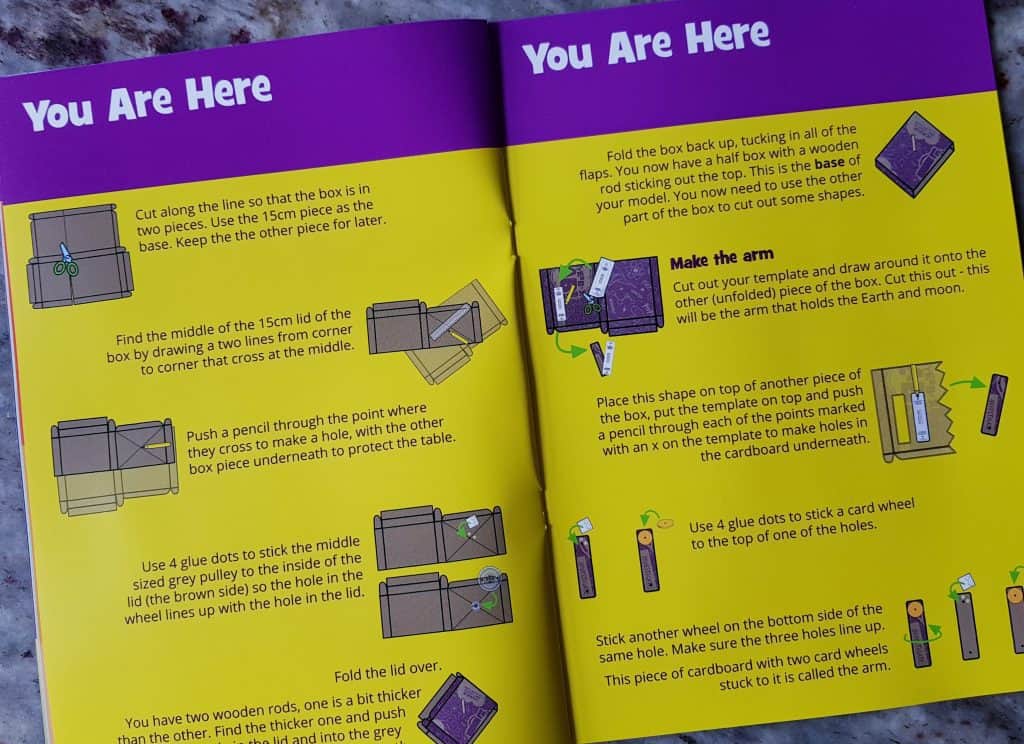 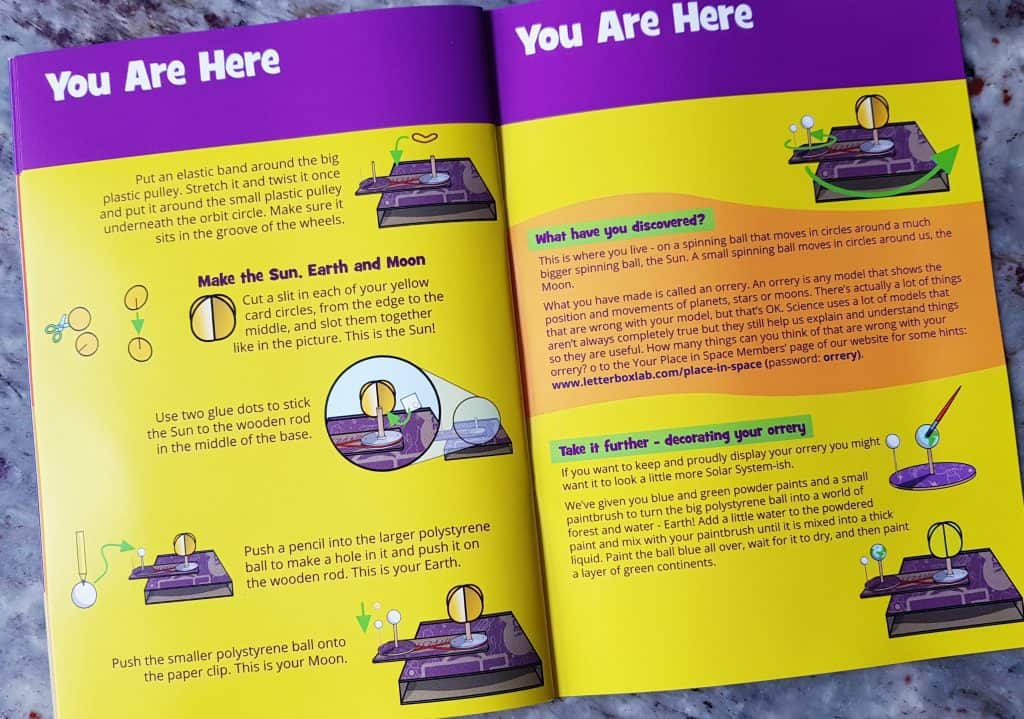 The instructions were quite complicated, lots of cutting out and sticking. 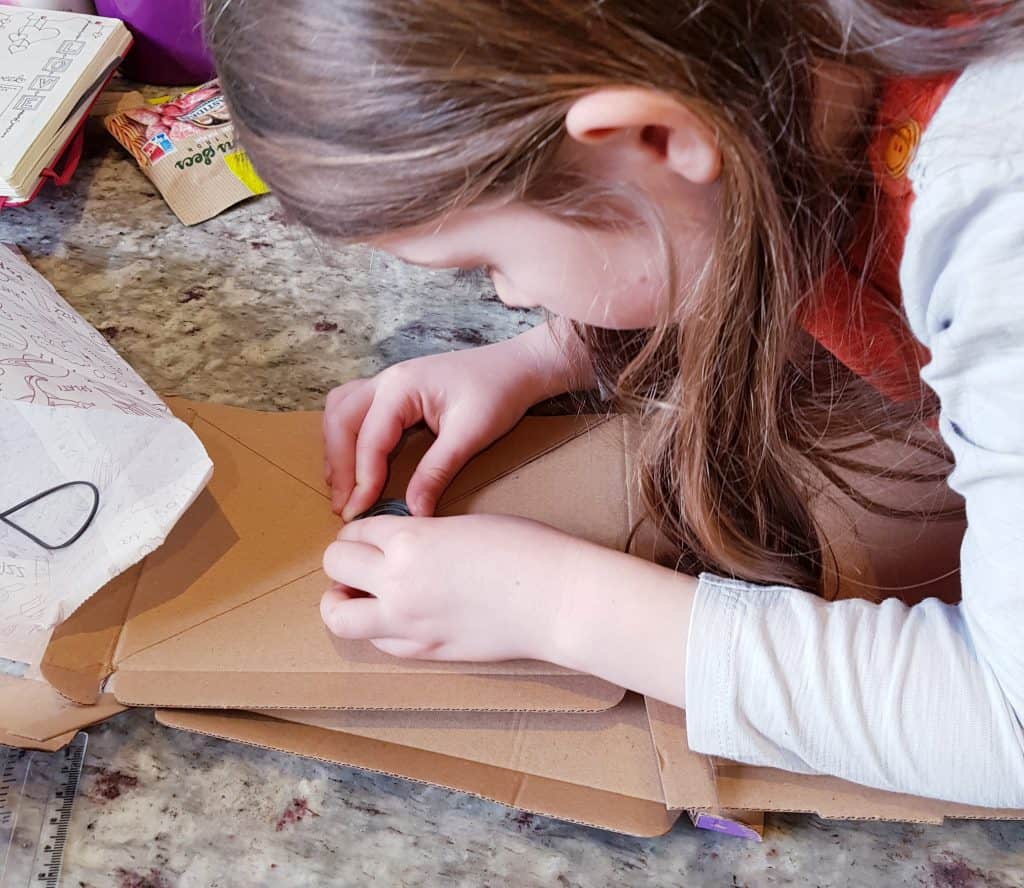 There were an impressive amount of bits provided to transform the box itself. 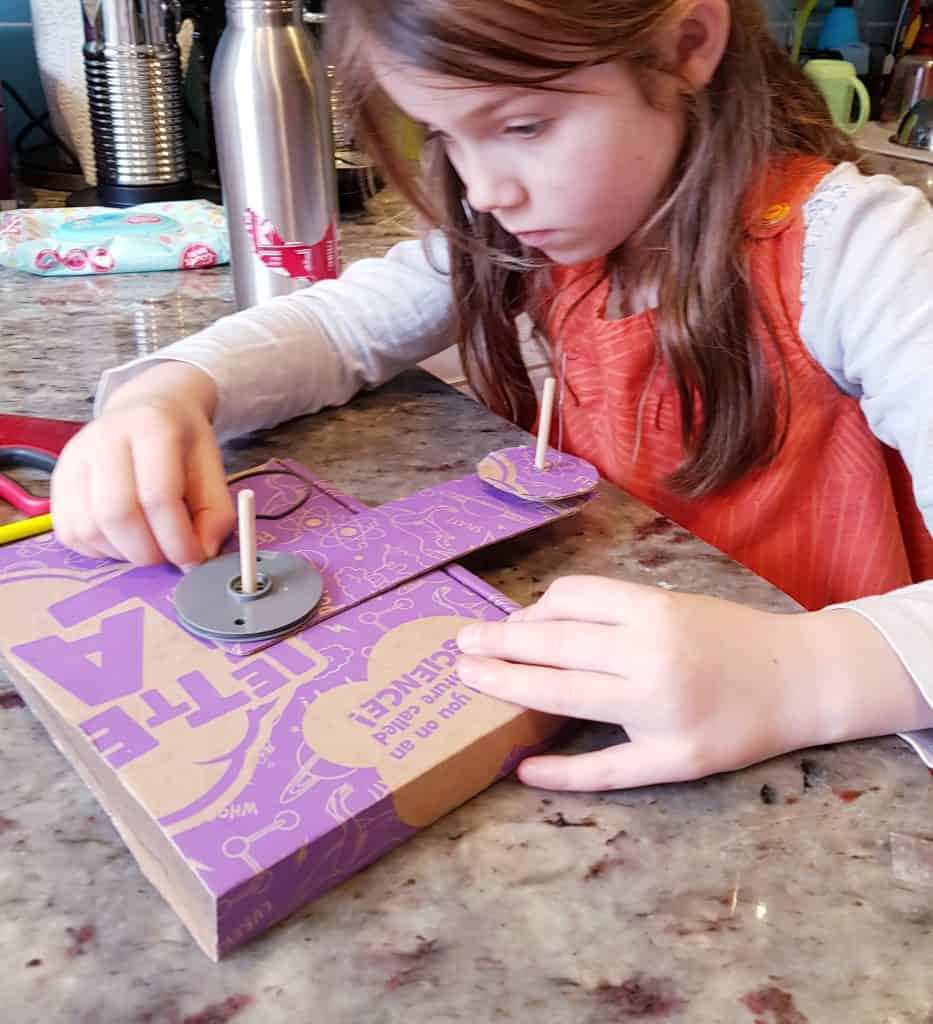 This one required quite a lot of help from me, but the results were spectacular! 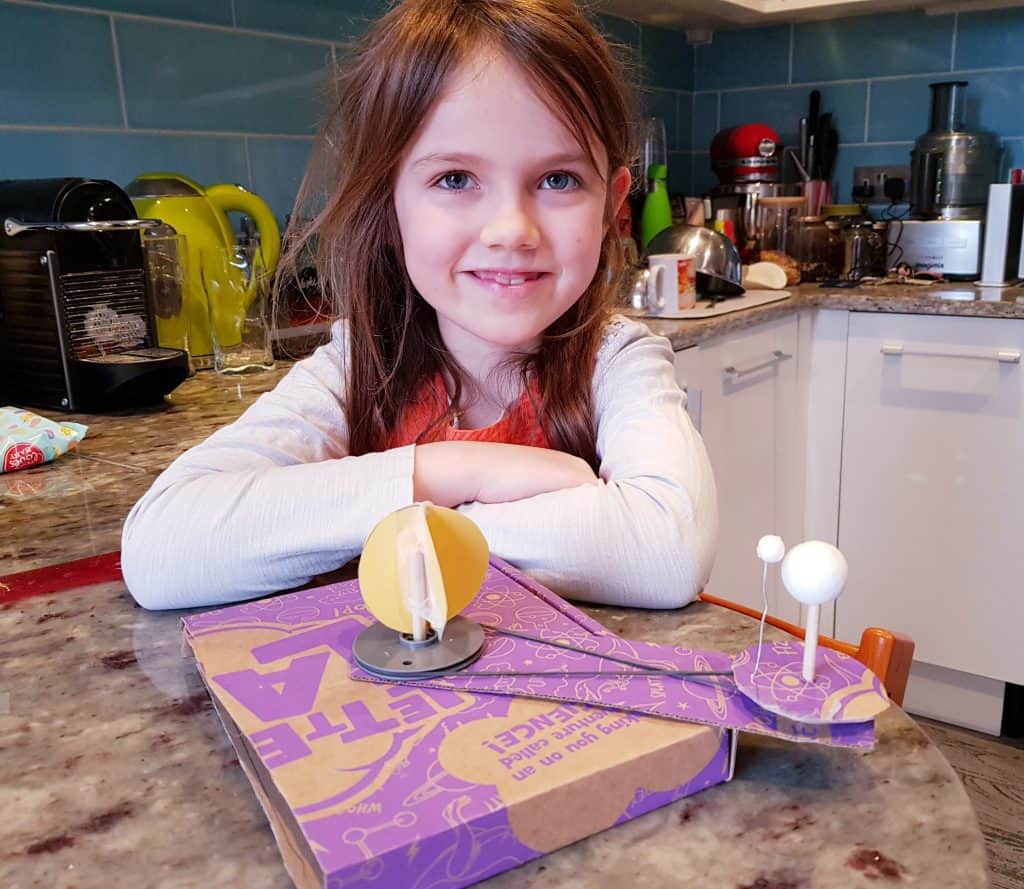 This was really impressive, and even though the movement was not completely smooth, it gave a beautiful demonstration of the movement of the earth and moon.

This month’s activities were fun, especially the crazy growing yeast mixture! It was also amazing how strong the mixture smelled after it had been brewing for a while.

The balloon made a very satisfying noise when the spinning nut worked, though we found it a little difficult to connect it with the scientific explanation. However it was a nice easy start to this month’s set of experiments.

Even though the booklet tells you what will happen with the growing beans, it will be interesting to see it for ourselves.

The orrery was definitely the standout item in this box. Even though it was complicated to make, it was totally worth it, and the finished model looked fantastic and worked incredibly well.

I think this month’s theme is quite ambitious, especially for this age group. There were some interesting principles demonstrated, such as growing plants in space (bean) and waste gas given off (yeast mixture), but again, the orrery was the most engaging. Even when you know the concept of the movement of the Earth around the sun and the moon around the Earth (as I think most children do at this age) it’s a very different thing to actually be able to see that concept in action! Little C really enjoyed making this and being able to see the movement demonstrated right in front of her.

Letterbox Lab is a terrific way for children to explore science in a fun and engaging way. Even though they won’t come across some of the information and principles in school for quite a while, I think it’s important that they are introduced to some scientific vocabulary and principles early on, so later on these things will be familiar!