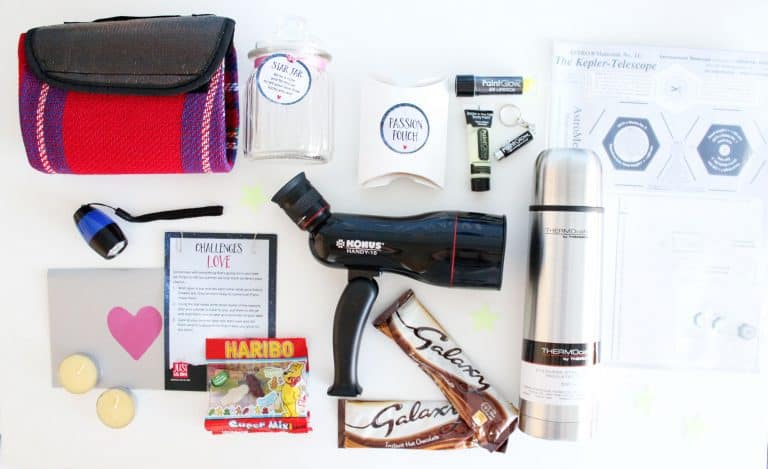 The idea behind the Just Us box is for a couple to carve out a chunk of time and do something new together. Regular date nights are a common thing for a lot of couples but sometimes going to the cinema or heading out for a pizza doesn’t cut it anymore. We’re all getting incredibly busy in our lives and often it’s hard to find new and exciting things to try without spending a fortune or taking hours to research it.

Enter the Just Us box. As a new parent to a 10-month old baby, I know just how hard it can be to find the time to do nice things as a couple that don’t just slip into the same old comfortable pattern. That’s why I was so interested in the concept of this new monthly subscription box which aims to help you re-connect with your partner and spend some quality time together without costing the earth. 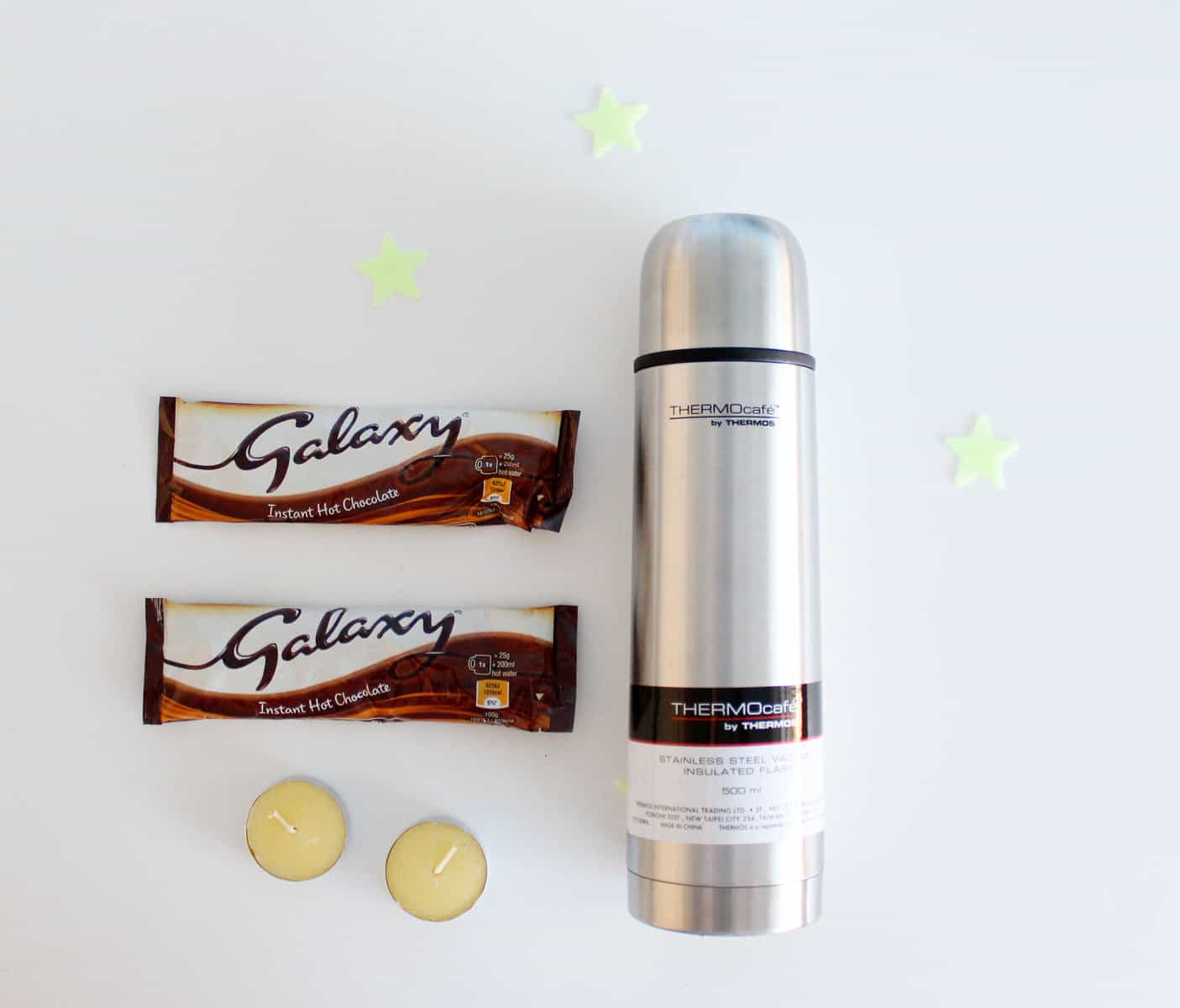 The first ever box was the Stargazing Box and that’s what I’m reviewing here. I’ve got to say, on first impressions I was so impressed with the quality and amount of stuff that was included. As the idea was to take your loved one outside at night and gaze towards the heavens, there was a picnic blanket big enough for two to snuggle on, some Galaxy hot chocolate (even the drink is staying on the theme!) and a Thermos flask to keep it warm in. 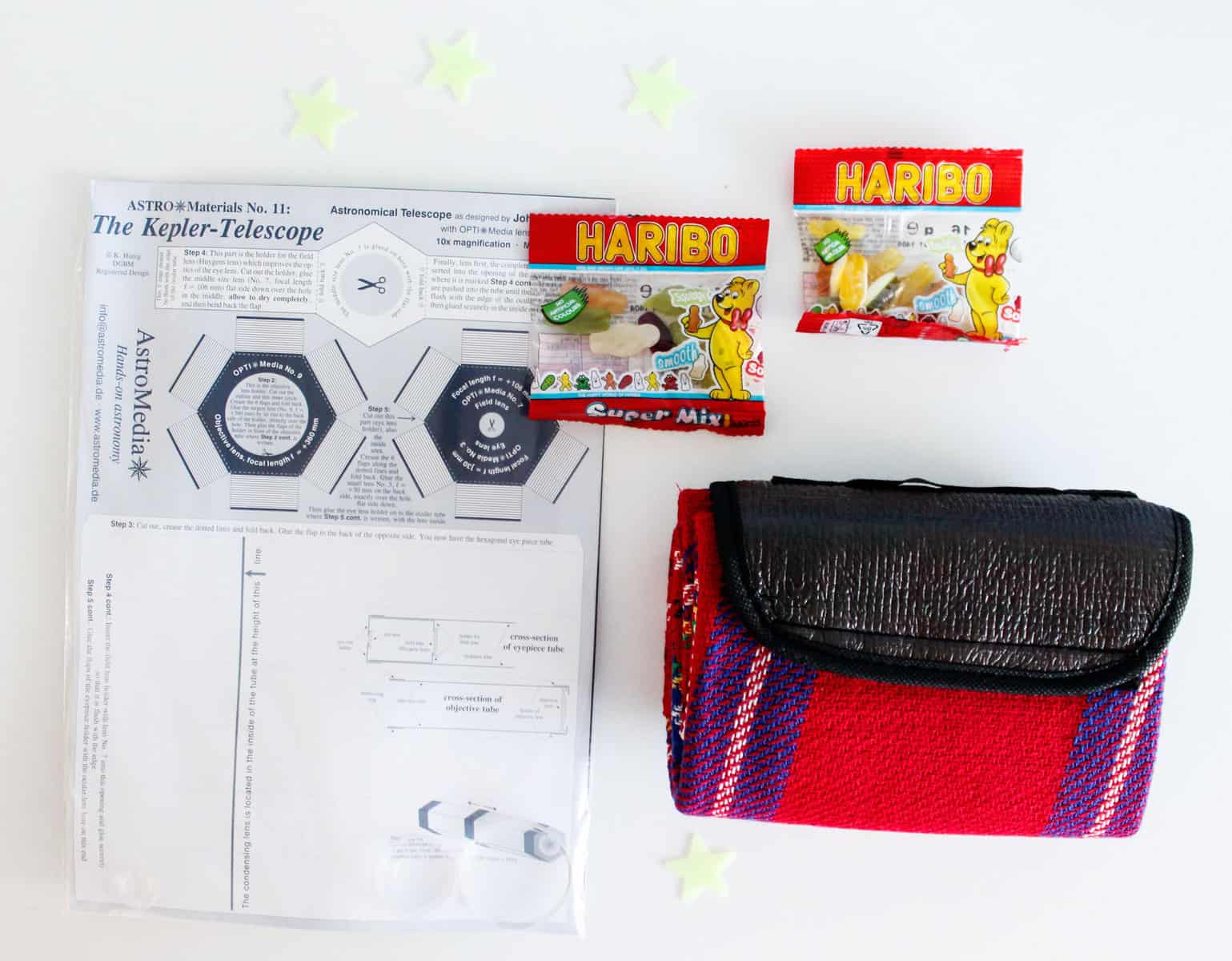 There were also some Challenge Cards of things to do while searching for stars, including writing what you love the most about your partner and placing them in the Star Jar which also came in the box. I think this is a really nice idea as it’s so easy to forget all the things we are thankful for and love in our partner when everything gets a bit crazy. 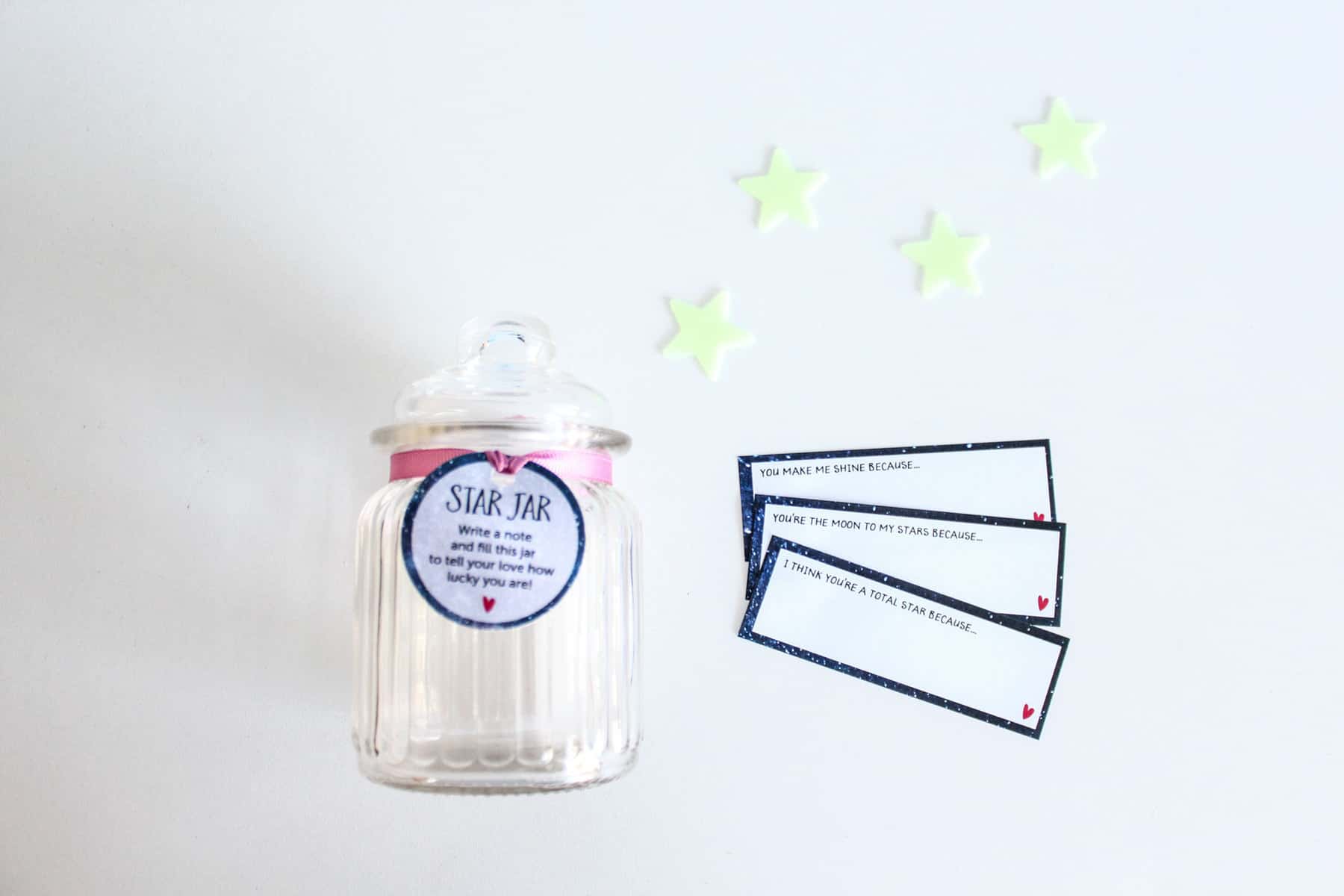 To stop us getting peckish while outside there were a couple of bags of Haribo sweets and of course, to help us to look for stars there was a build your own telescope kit (although this is best done in advance as you’ve got to let the glue dry) and a handheld telescope to check out the constellations. Also included, if things start to heat up while you’re on the blanket, was a UV lipstick and body paint and a mini torch in a ‘Passion Pouch’, to help you get, ahem, creative. 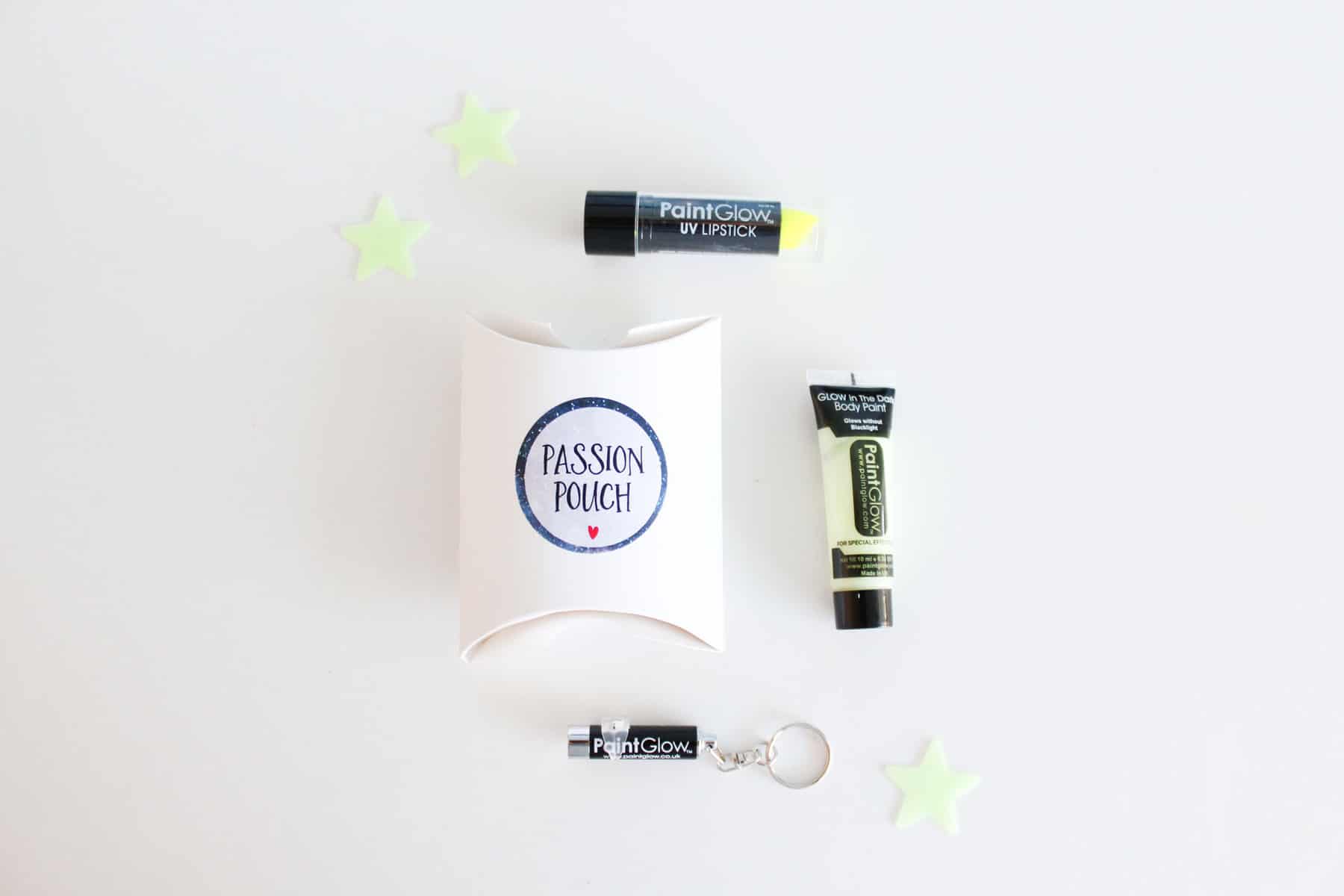 So what did I think?

I was really impressed with the number and quality of items in the box. The flask was a real Thermos and not a cheap imitation and everything was nicely wrapped up with glow in the dark stars on the black tissue paper. Everything was clearly explained in all of the info that came with the pack and you get a lot for the money. 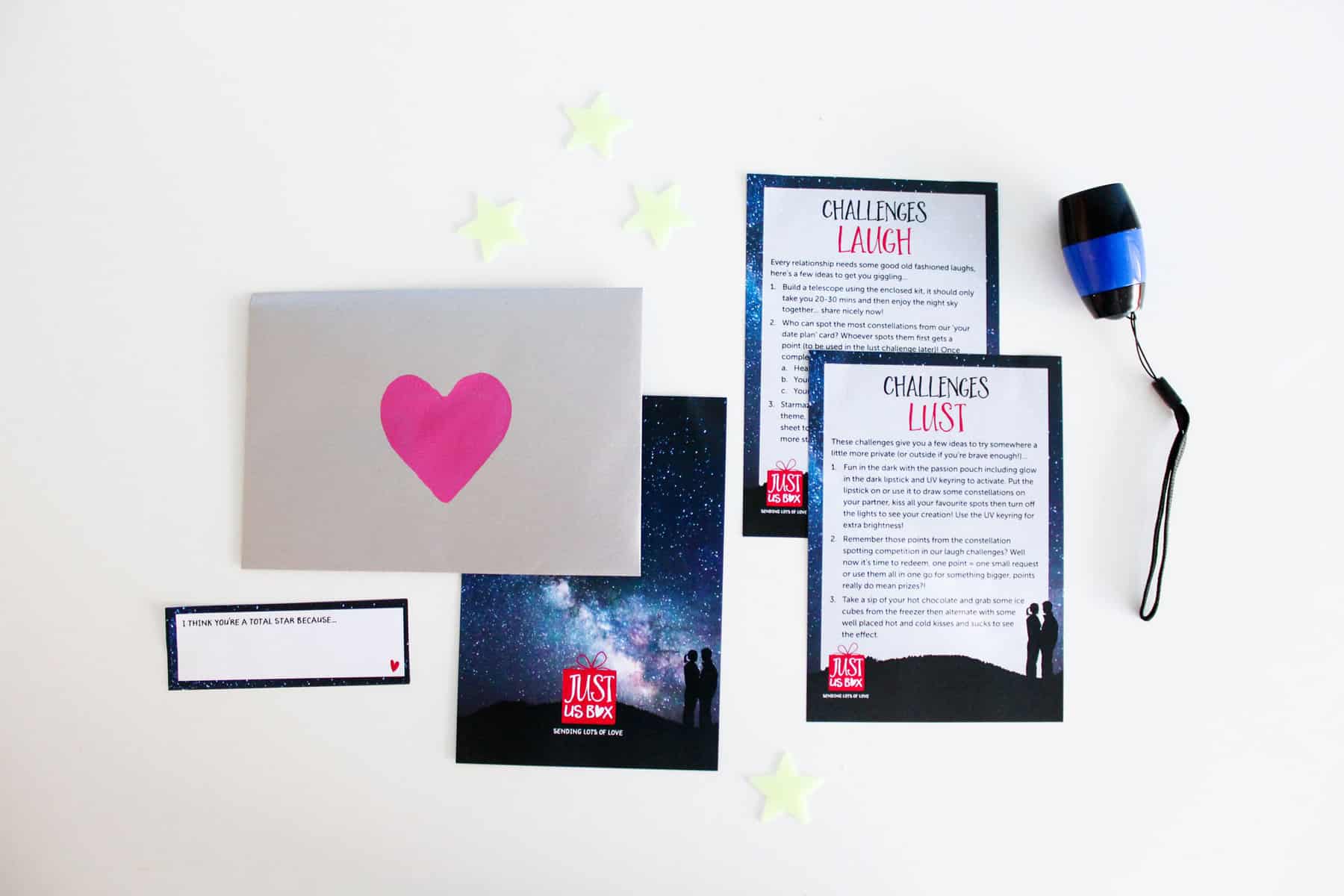 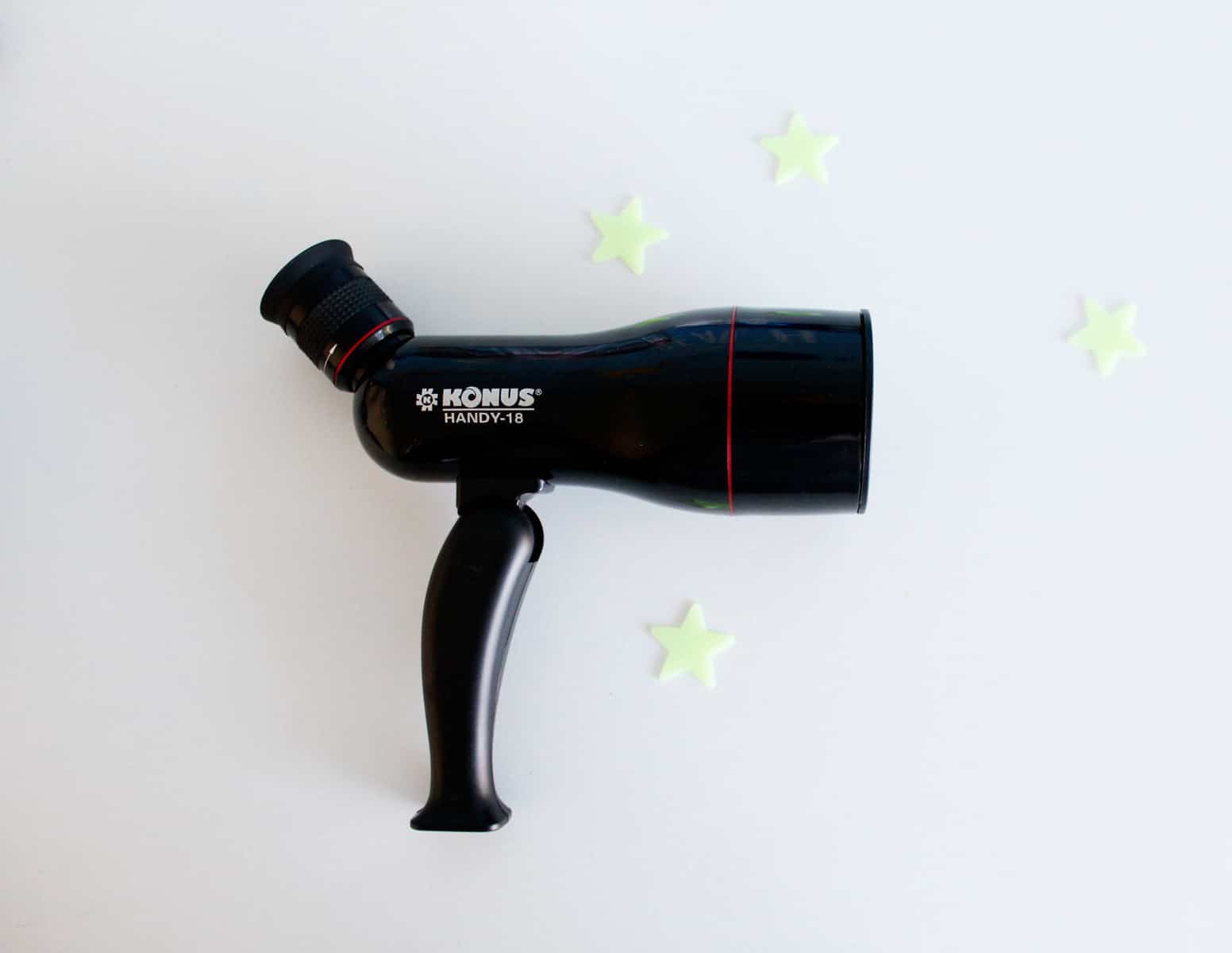 The only thing I would say about this box is that the theme maybe wasn’t that good for parents (of younger children at any rate) as to look at stars it relies on the sky being dark, and in the middle of summer that doesn’t really happen until about half 10 which is when I’m usually hitting the hay for the night, if not before! But I’ve seen that the August box is ‘An Indian Summer’ while September’s theme is ‘Pillows and Poetry’ and in October you can expect ‘Tricks and Treats’ full of rewards and punishments, which all sound very intriguing.

Another great thing about this box is that you can try a smaller version for £18 which contains two to three products instead of the usual four to six and three challenges instead of nine. A standard Just Us Box subscription starts at £25 a month if you sign up for a year or £30 on a month-by-month basis.

This is a really good idea for a subscription box and would make a great wedding present instead of a standard toaster. Everything in the box worked really well with the theme, each item was of a high quality and it was well thought out. I'm looking forward to seeing what else is in store from Just Us Box.

How would you rate JustUsBox ? 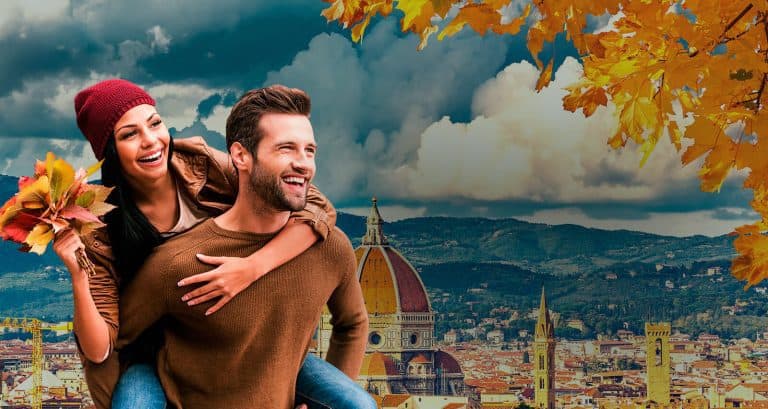 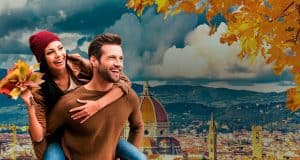