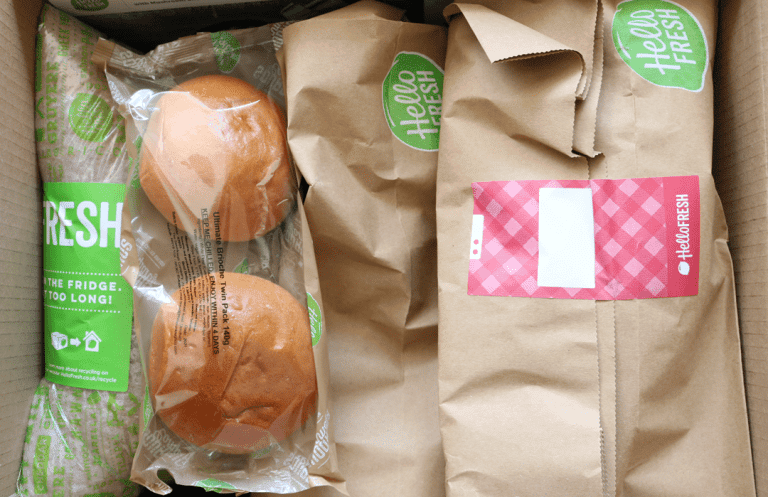 Over the past few years, I’ve become more and more interested in cooking and trying out new foods and recipes. I used to be a very fussy eater when I was a child, but now that I’m older (and slightly wiser!), I’ve come to fully understand the benefits of eating a healthy diet so I love nothing more than spending an afternoon at the weekend in my kitchen with my cookbooks.

However, cooking in the week is much more of a challenge and it’s easy to not feel motivated to cook anything after a long day. This is where HelloFresh comes in to give you a helping hand!

HelloFresh are a fresh food subscription service with the tagline ‘making home cooking easy’. How do they do that? Well, they send you all the fresh ingredients that you need and the recipes, so that you can make delicious meals at home.

They have three boxes to choose from and a range of different delivery options available, but to give you a rough idea:-

I was kindly sent a Veggie Box which included 3 meals for 2 adults to try out and I couldn’t wait to get stuck in. The box was sent via courier and contained chill bags to keep everything as fresh as possible. So let’s get cooking! 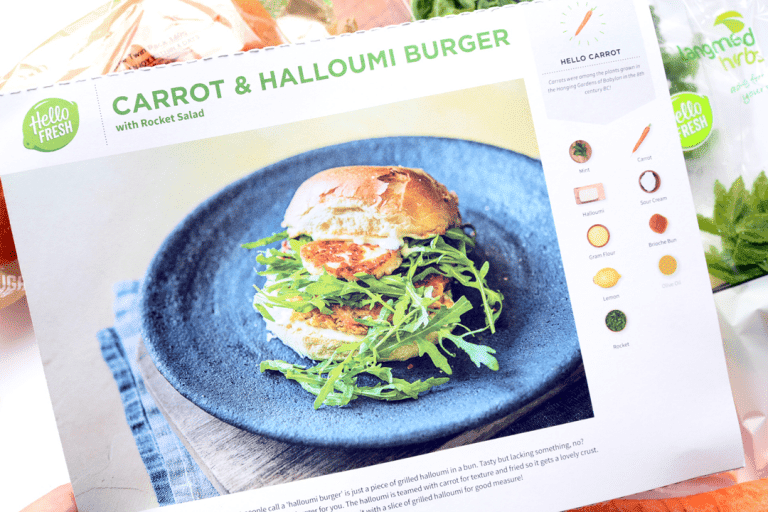 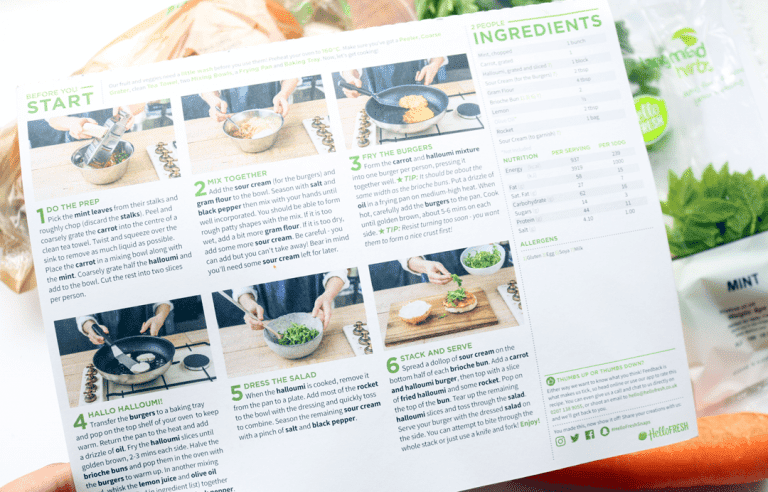 The recipe cards are a large A4 size, and they have very clear and easy to follow step-by-step instructions, with the ingredients listed on the front. They also include the full calories and nutritional breakdown as well which I thought was very useful to see. 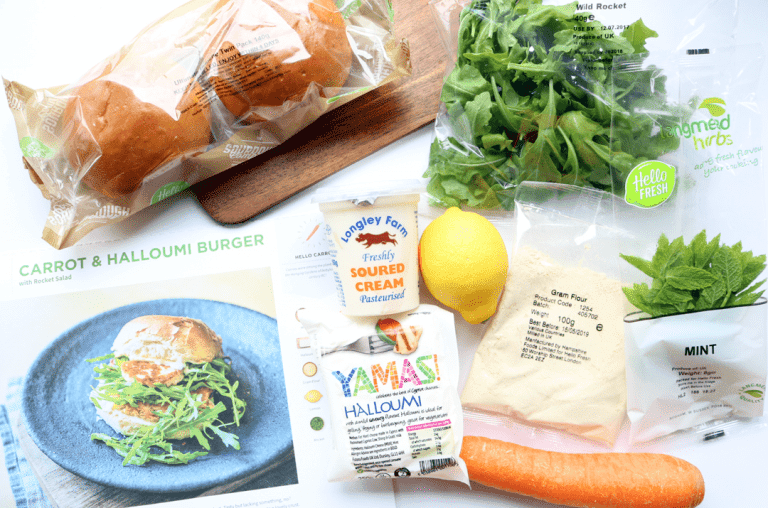 For this Carrot & Halloumi Burger recipe I received the following ingredients:- 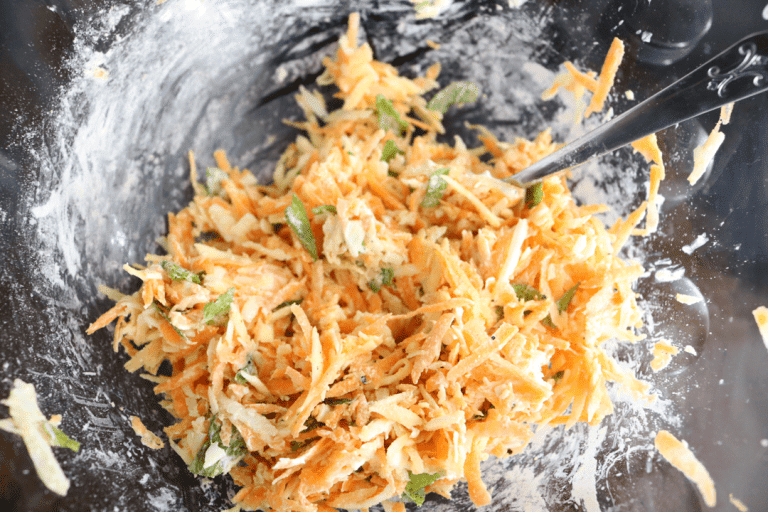 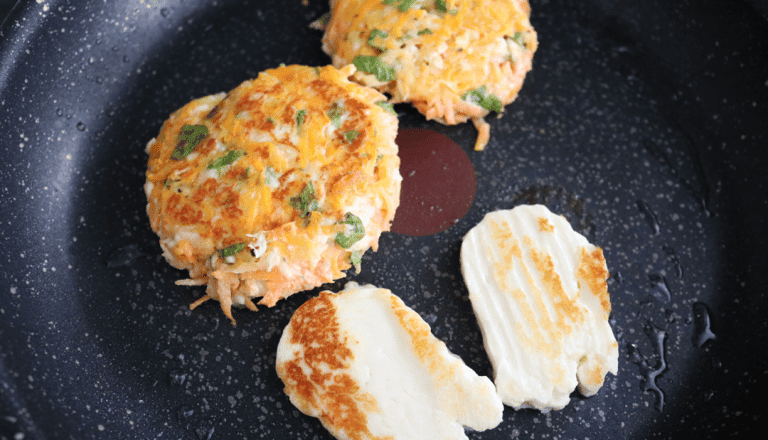 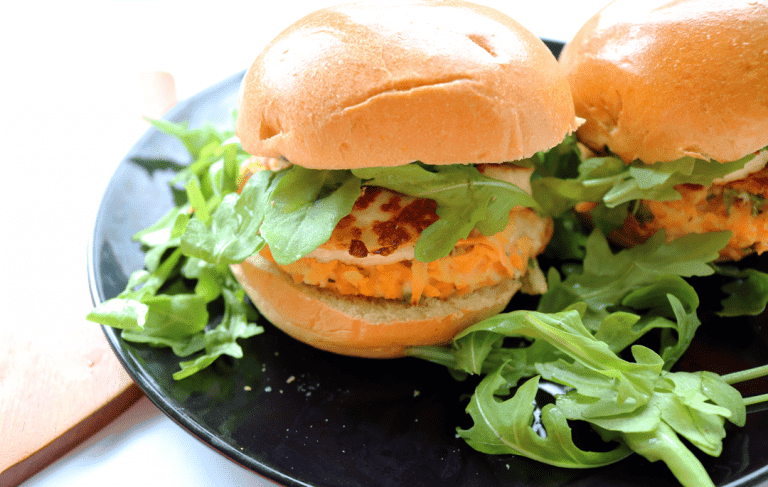 Making the burgers was incredibly easy. It was basically a case of grating the Halloumi and Carrot, throwing in some chopped Mint, Sour Cream and Gram Flour, mixing it all together and forming them into burger patties. Once this was done, you just needed to cook the patties in a pan and fry some extra Halloumi slices – super easy! I made a simple dressing for the Rocket Salad with a little Lemon Juice, Olive Oil, Salt and Black Pepper and then assembled everything together.

This was a really filling meal for two people and I ended up using a lot less Halloumi than the recipe stated as it would have been too much for us otherwise. The burgers were delicious and the brioche buns were lovely and soft. I’d definitely make this again! 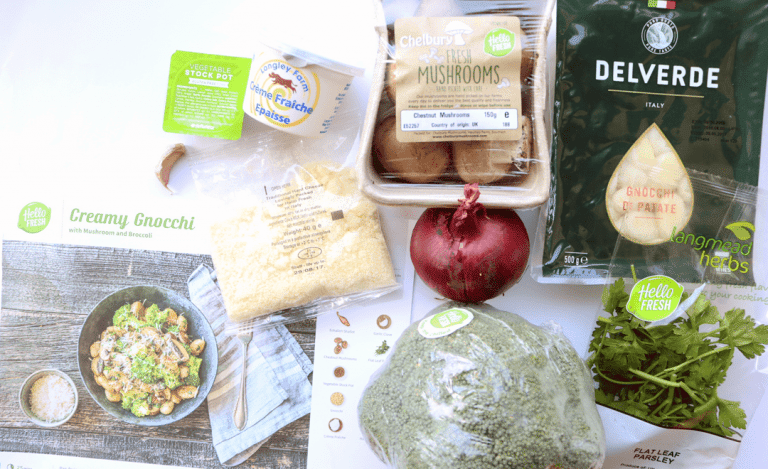 For this Italian inspired recipe I used the following ingredients:-

The recipe card indicated an Echalion Shallot, but I received a Red Onion instead in the box, which worked well for this meal anyway as I just used a small amount of it. 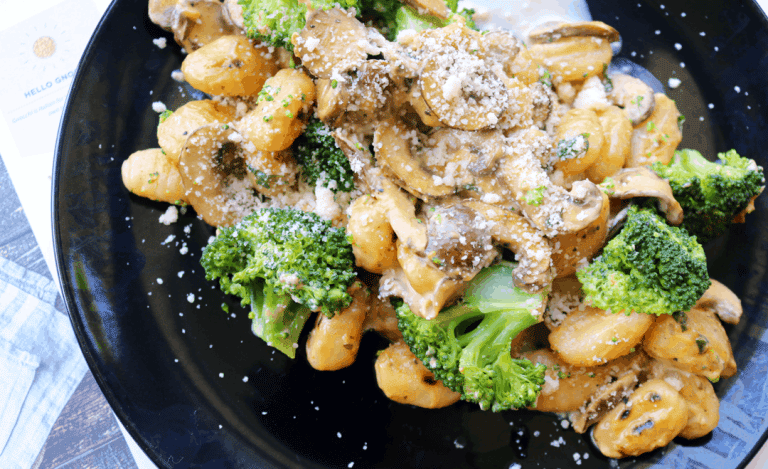 This was another tasty and easy meal to make and I was surprised by how much I liked it because Gnocchi isn’t something that I would usually go for. The creamy Mushroom sauce was amazing and pan-frying the Gnocchi gave them an interesting texture as they were slightly crispy on the outside, but soft on the inside. Both the Mushrooms and Broccoli were lovely and fresh, and this is a meal that I would be happy to make again in the future.

The portion sizes for this meal were very generous and we had some leftover for the next day in a salad which was a nice added bonus! 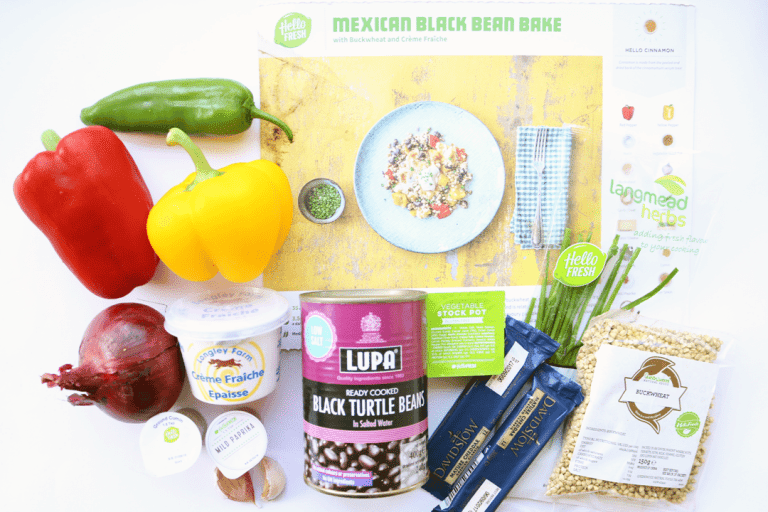 The third and final recipe of the box used these ingredients:-

The Cinnamon seemed to be missing from my box, but that wasn’t a big deal as I have a well-stocked spice rack in my kitchen. 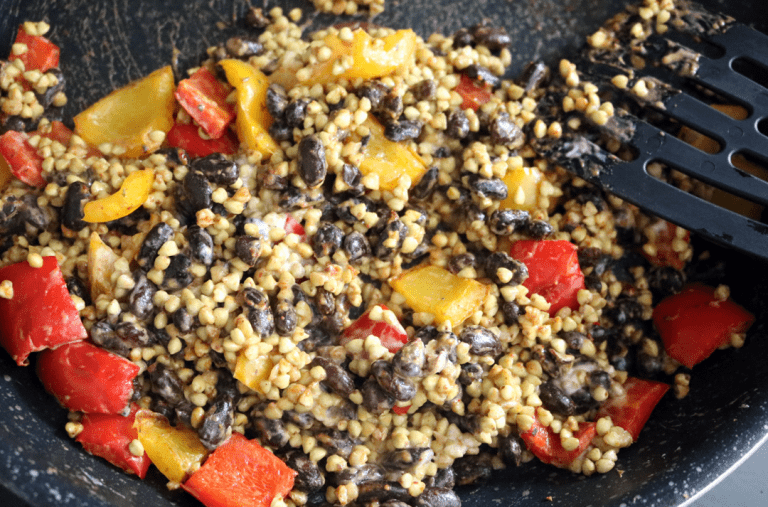 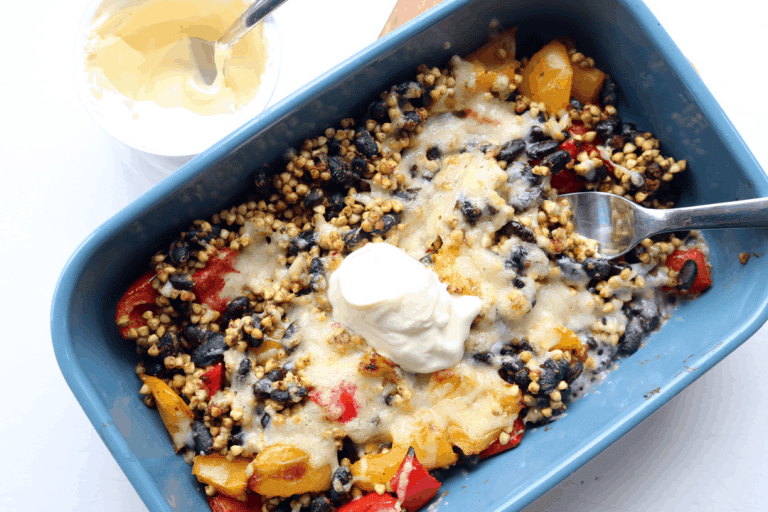 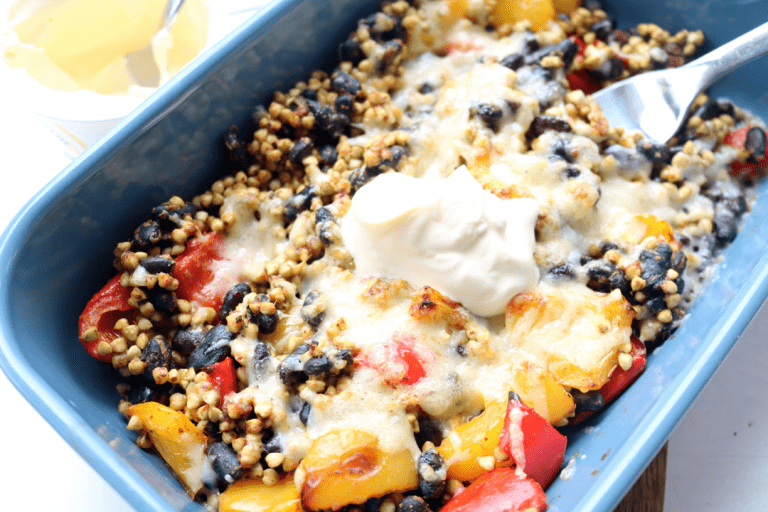 I have been wanting to use Buckwheat more often, but it’s one of those ingredients that I never know what to do with, so I was thrilled to see this Mexican inspired bake dish recipe and it was my favourite out of the three HelloFresh recipes in this Veggie Box.

It took a little more time and effort than the other recipes, but the results were more than worth it. I loved the combination of crunchy Buckwheat with roasted Peppers and Black Beans, topped with some melted Cheddar Cheese – so yummy! The Green Chilli also gave it an extra kick and the Spices worked their magic to really pull this dish together into a comforting and satisfying meal for two people. Like the Gnocchi recipe, this one also yielded generous portion sizes and I was absolutely stuffed after eating it! I would also make this again, especially if I wanted to impress some friends at a dinner party – I think it would make a great main meal.

I'm so impressed with this Veggie Box from HelloFresh. All three meals were easy to make and utterly delicious with large portions for everyone involved. Delicious all round!

How would you rate HelloFresh ?