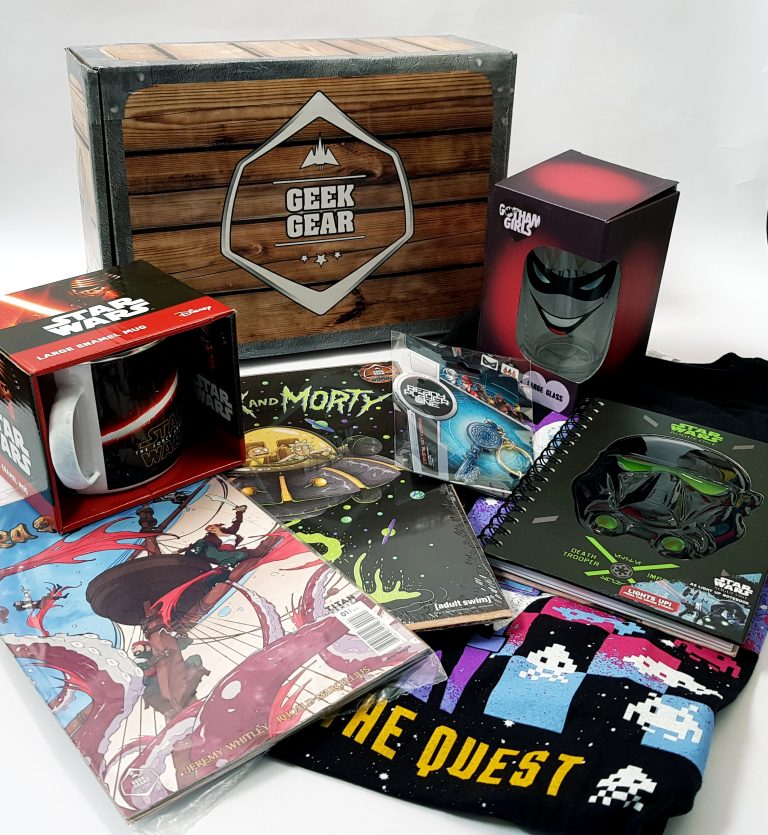 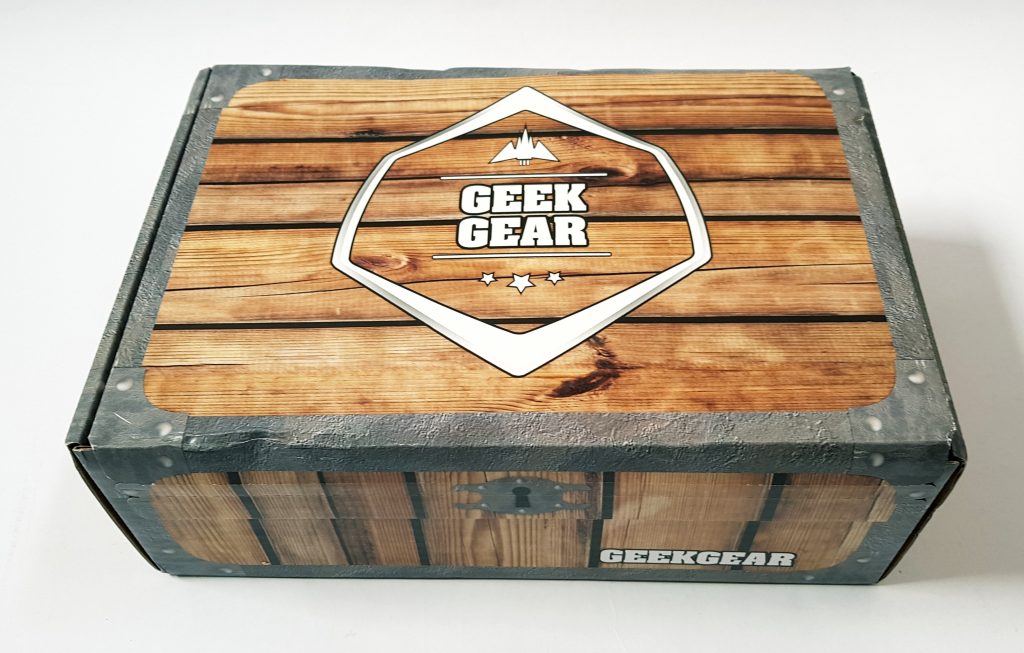 I like the wooden chest box! It ships in a mailing bag, so it stays in good shape. It’s also sealed up, you tear off a strip at the front to open it up.

There was also a menu flyer inside, so I assume it was just overlooked last month. 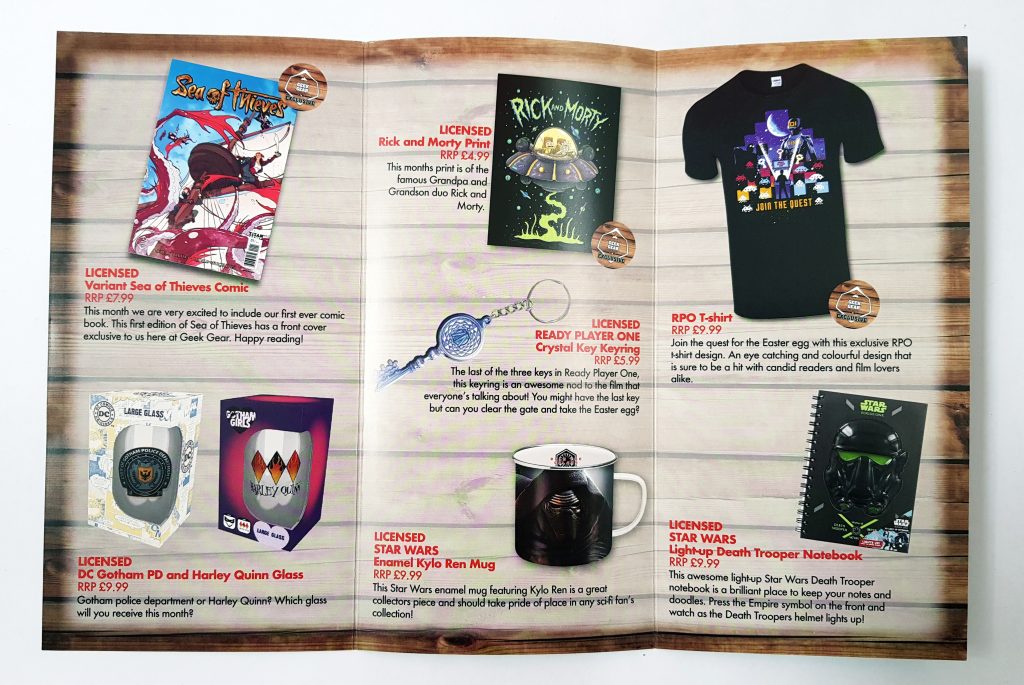 It has the RRPs of each item, and I’ll also add them as I go along. 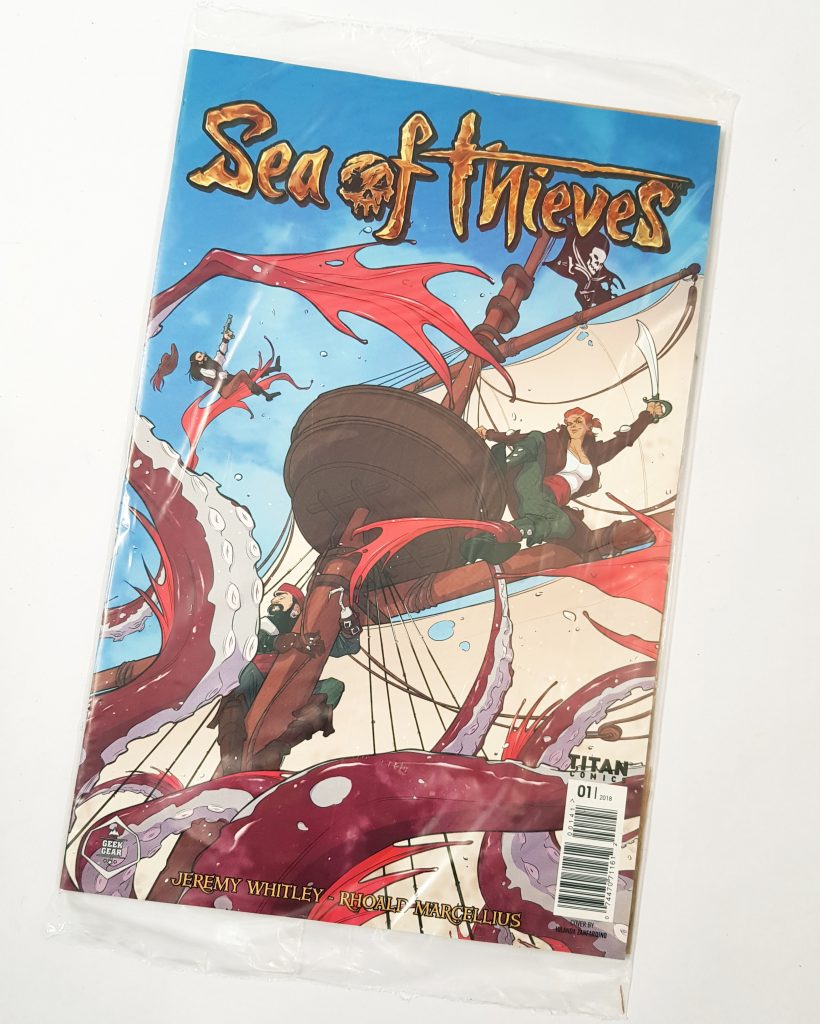 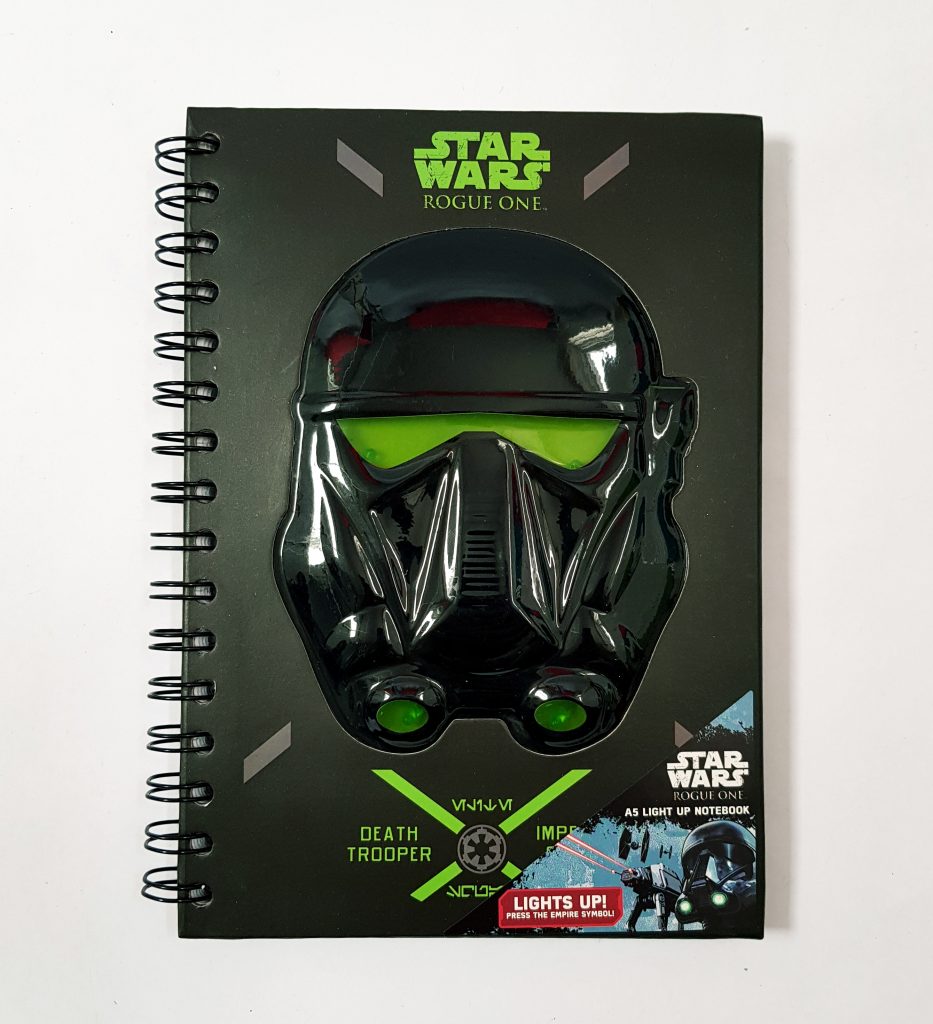 This Light Up Death Trooper Notebook (RRP £9.99) is a nice hardback notebook with spiral binding. I tried out the lighting up, and it worked, but then when I did it again to take a picture it didn’t work! Damn. It’s still a cool notebook though. 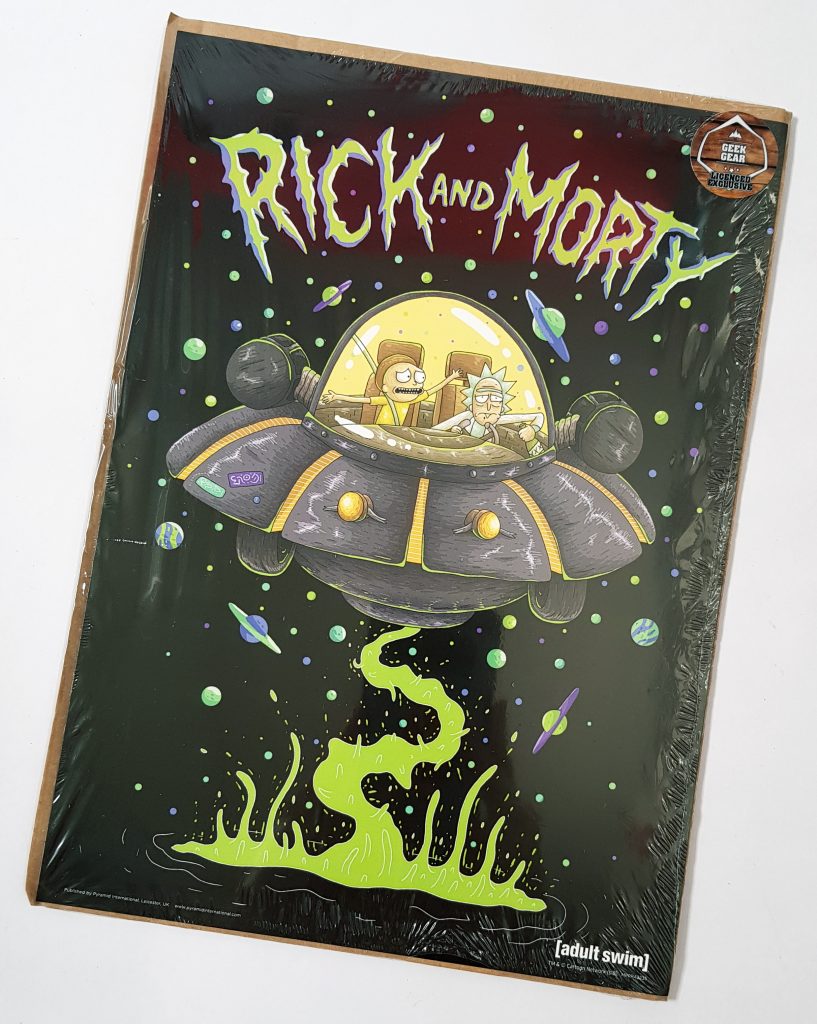 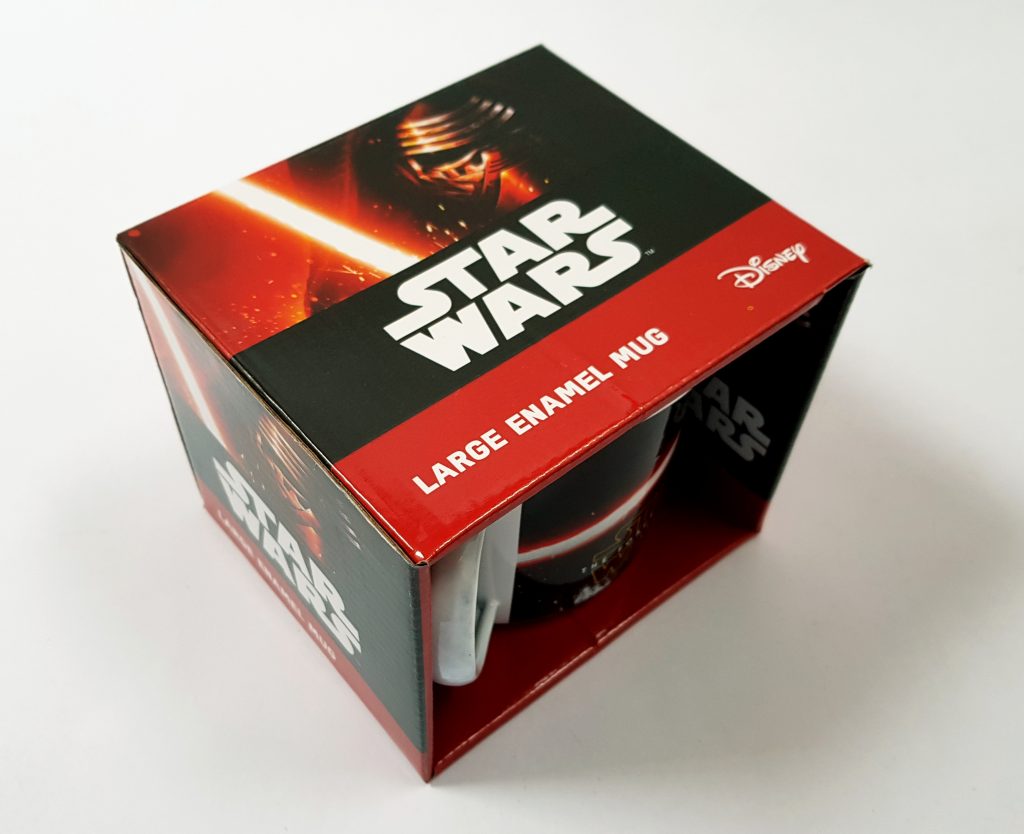 This is perfect for your morning coffee! 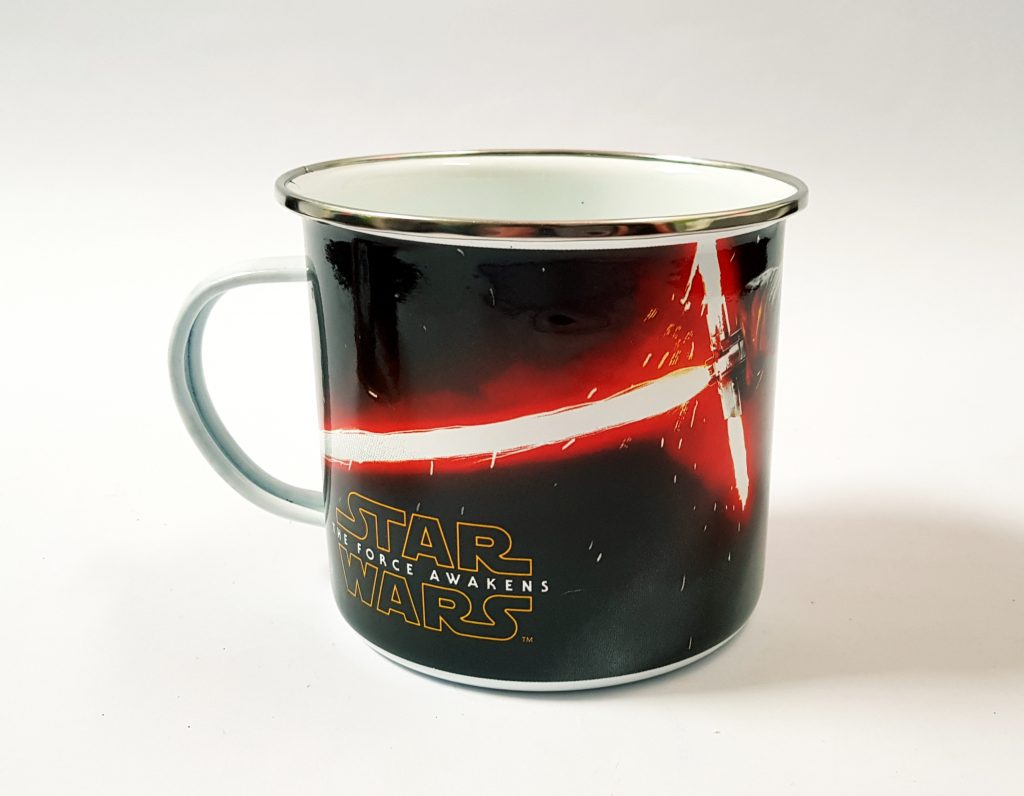 This Licensed Star Wars Enamel Kylo Ren Mug (RRP £9.99) is really big! You can fit an awful lot of coffee into it. It’s also nice and light, and being metal, pretty difficult to break. 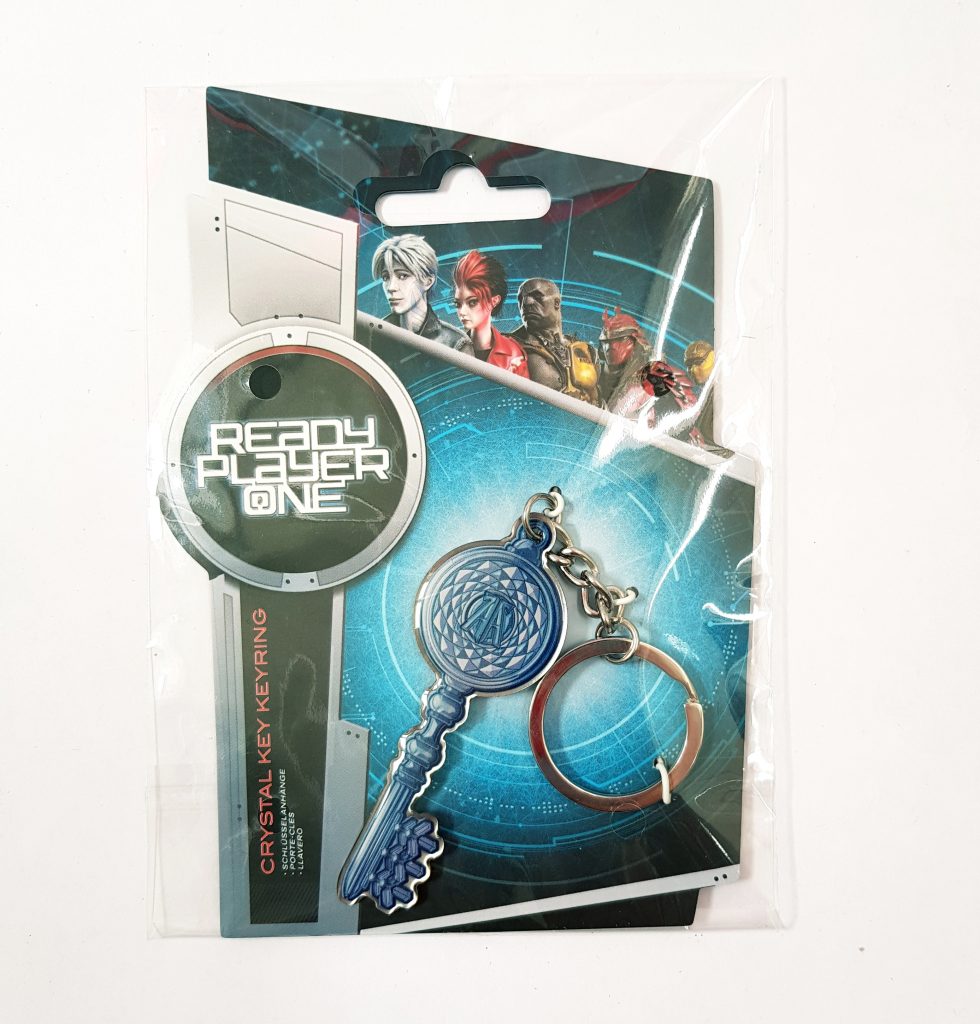 I’m slightly embarrassed to say I hadn’t heard of Ready Player One! This is a Licensed Crystal Key Keyring (RRP £5.99), which is apparently pretty important to the story. It’s also a pretty cool keyring. 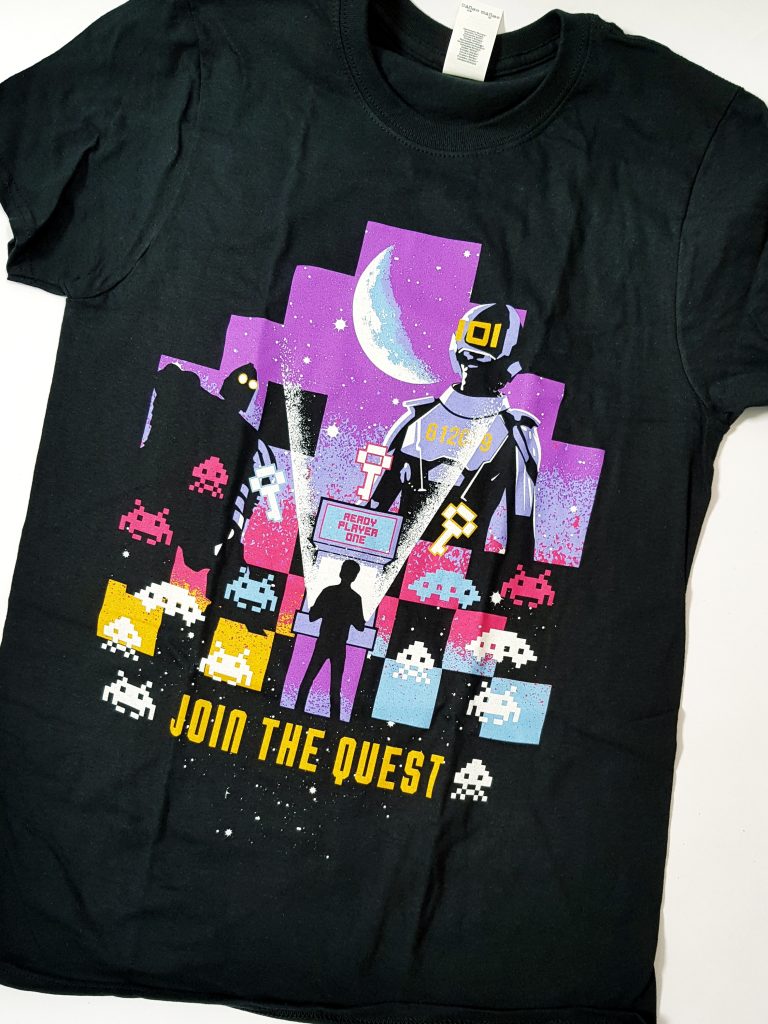 This month’s t-shirt is a Ready Player One 8-bit design. I love the retro look, and it’s also 100% cotton! 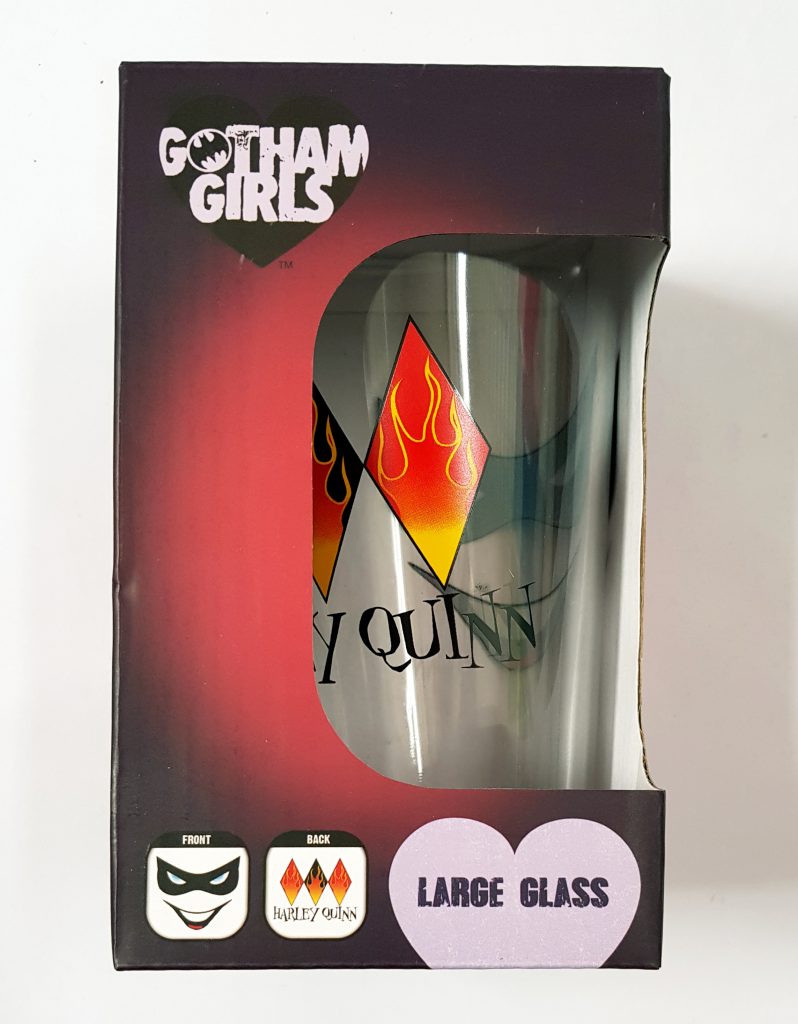 This is my favourite item. 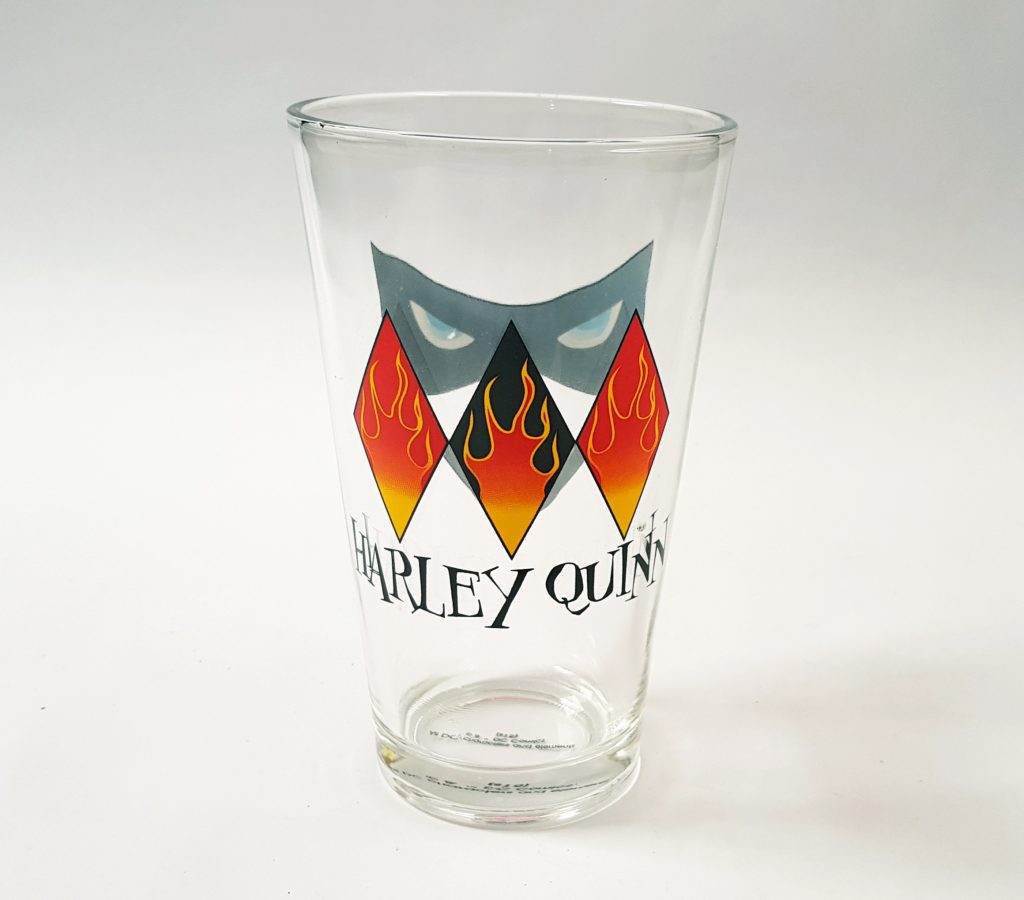 It’s a Licensed DC Harley Quinn Glass (RRP £9.99). What a great design, and it’s a pint glass too. There was also a Gotham PD design available, but I’m really glad I got this one instead!

This is a great collection. Even though I hadn’t heard of Ready Player One, I’m now feeling inspired to catch it at the movies!

Anything of Rick and Morty is just fine with me, so I’m very happy with the print. Star Wars and Harley Quin also are popular in our house! It’s just a shame the lights wouldn’t work after the first time, though it’s not the end of the world.

I’m very pleased the t-shirt is cotton. It’s a small detail, but I really dislike polycotton shirts as I find them uncomfortable, sweaty, and they don’t wash well. So great job for a cotton shirt!

I’m not quite so sure about the comic book because I also don’t know that particular game, but we have lots of comics around at home so it’ll be read and enjoyed at some point.

I’ve got the RRPs on the menu, and I’ve also got Google, so I can check prices. The RRPs add up to £49.93, which is quite something for a box that costs £20! Some of the items can be found (particularly on Amazon) for less than the RRPs, such as the glass for £7.60 and the mug for £5.45. I can’t actually find the single comic book anywhere online, and it was only published on March 14th, though you can get it on Kindle. You’ll be able to get the comic book collection, but not until this September.

Even if you allow for cheaper online/Amazon prices, the value of this box is still exceptional.

This is a really terrific box. I love that there are items you can actually use, rather than just decorative things. I like the mixture of franchises, and I'm pleased I've been introduced to something new!