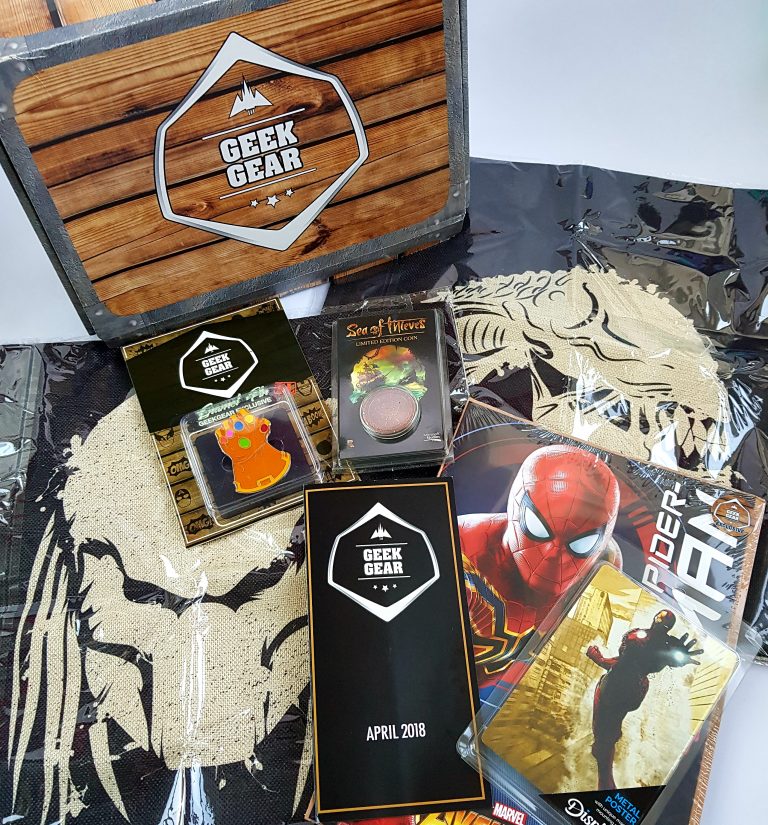 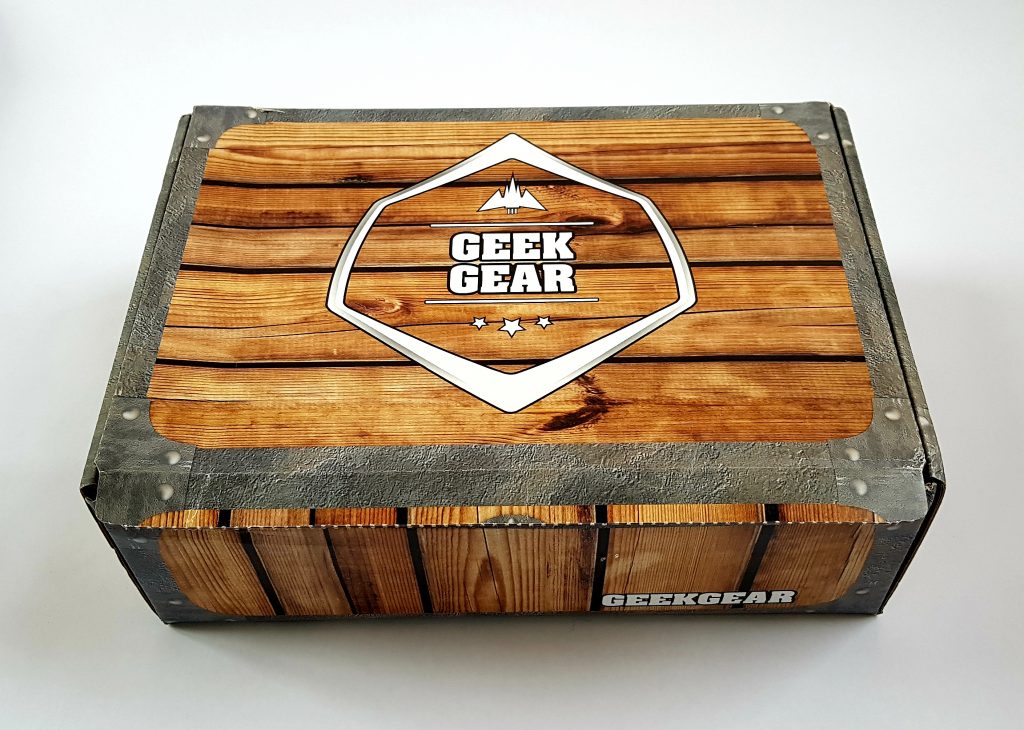 The box looks really cool, and it’s sent in a shipping bag so it doesn’t get covered in address labels. 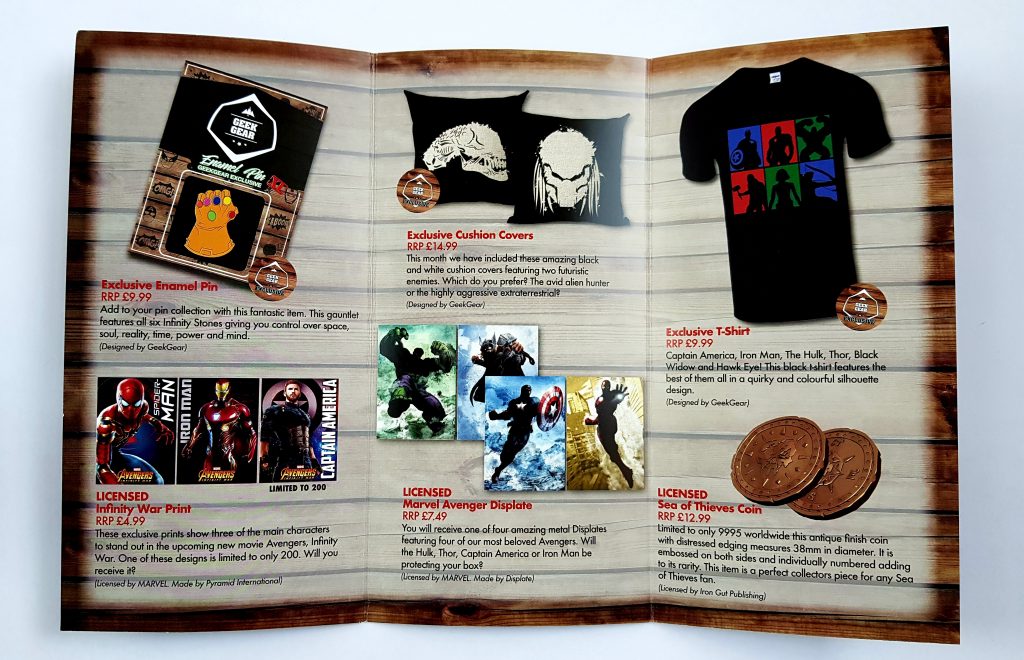 There’s a flyer with the contents and RRPs, which I’ll also add as I go along. 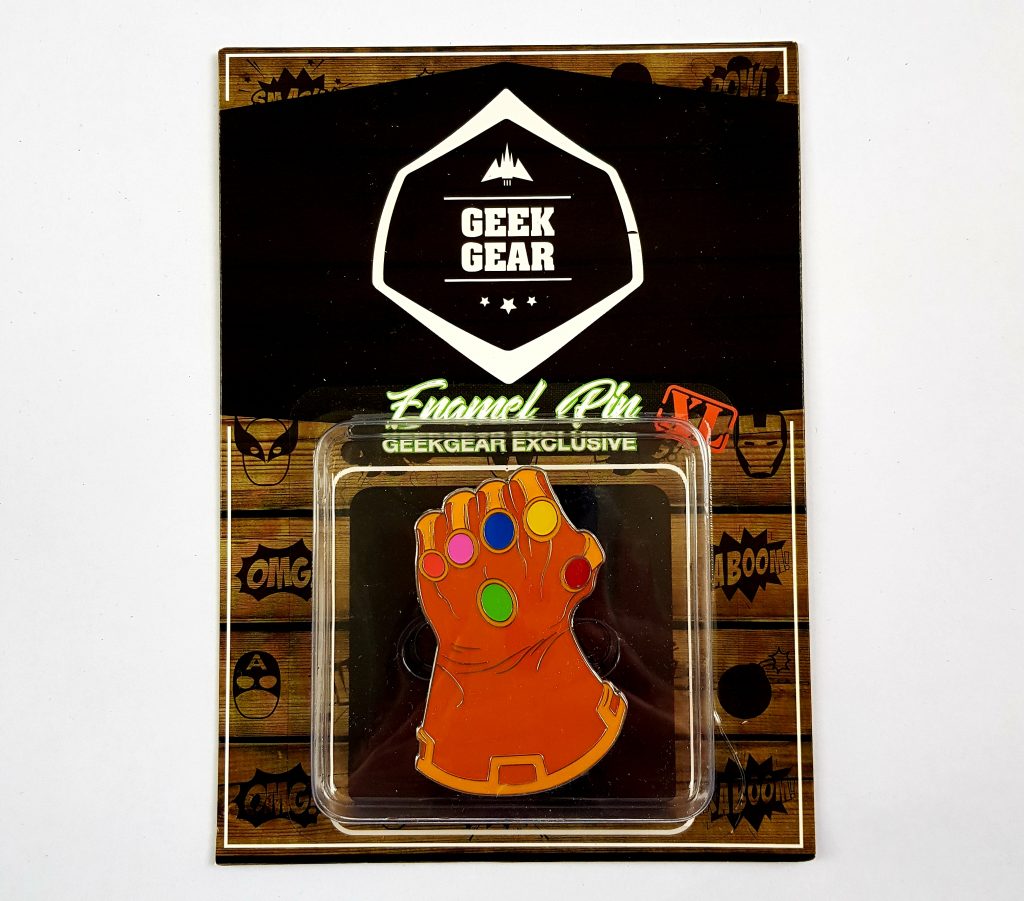 This item is timed very well with the release of the new Avengers movie! It’s an enamel pin showing the Infinity Gauntlet with all six of the Infinity Stones. (RRP £9.99) 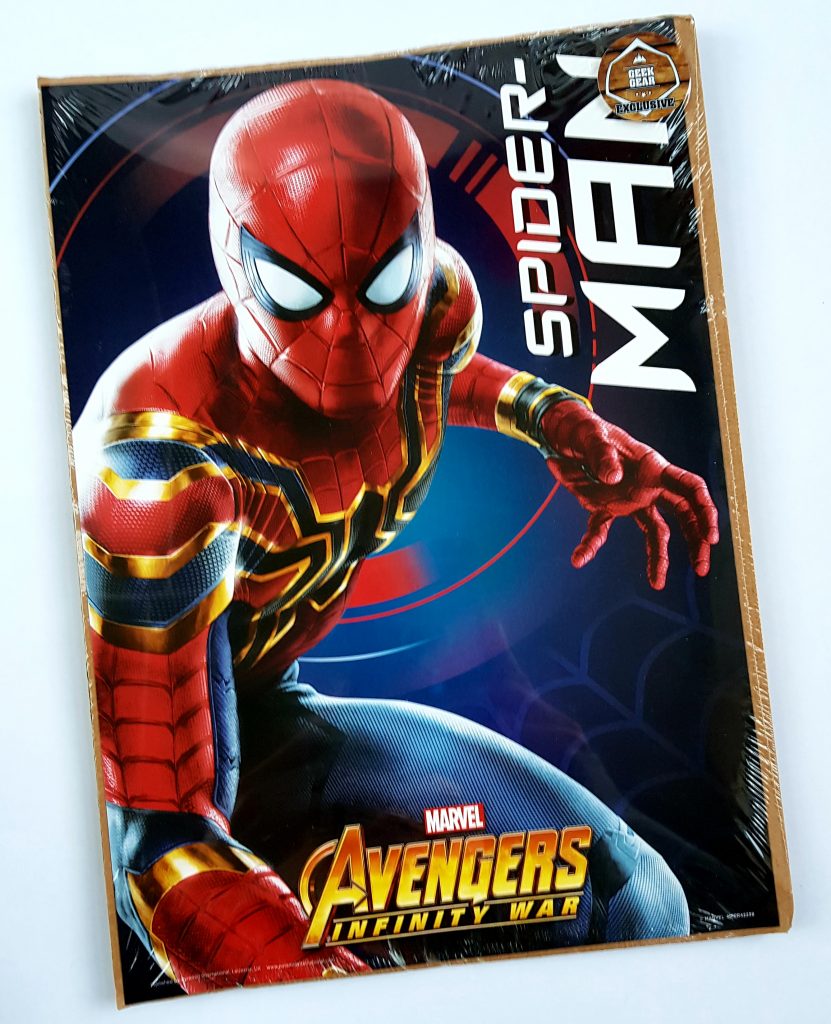 Staying with the movie, this is an Infinity War Print. This is one of three possible prints. (RRP £4.99) 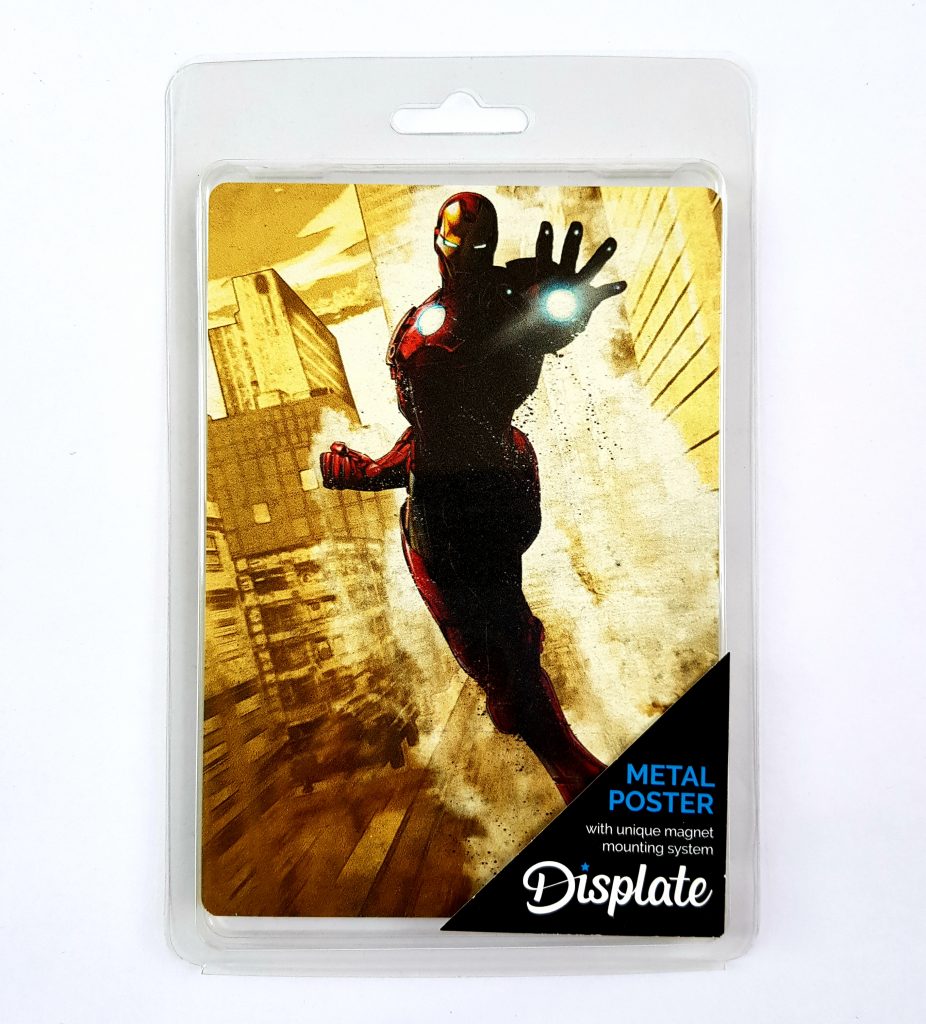 This is a small magnetic poster from Displate, one of four Marvel Avengers designs! (RRP £7.49) 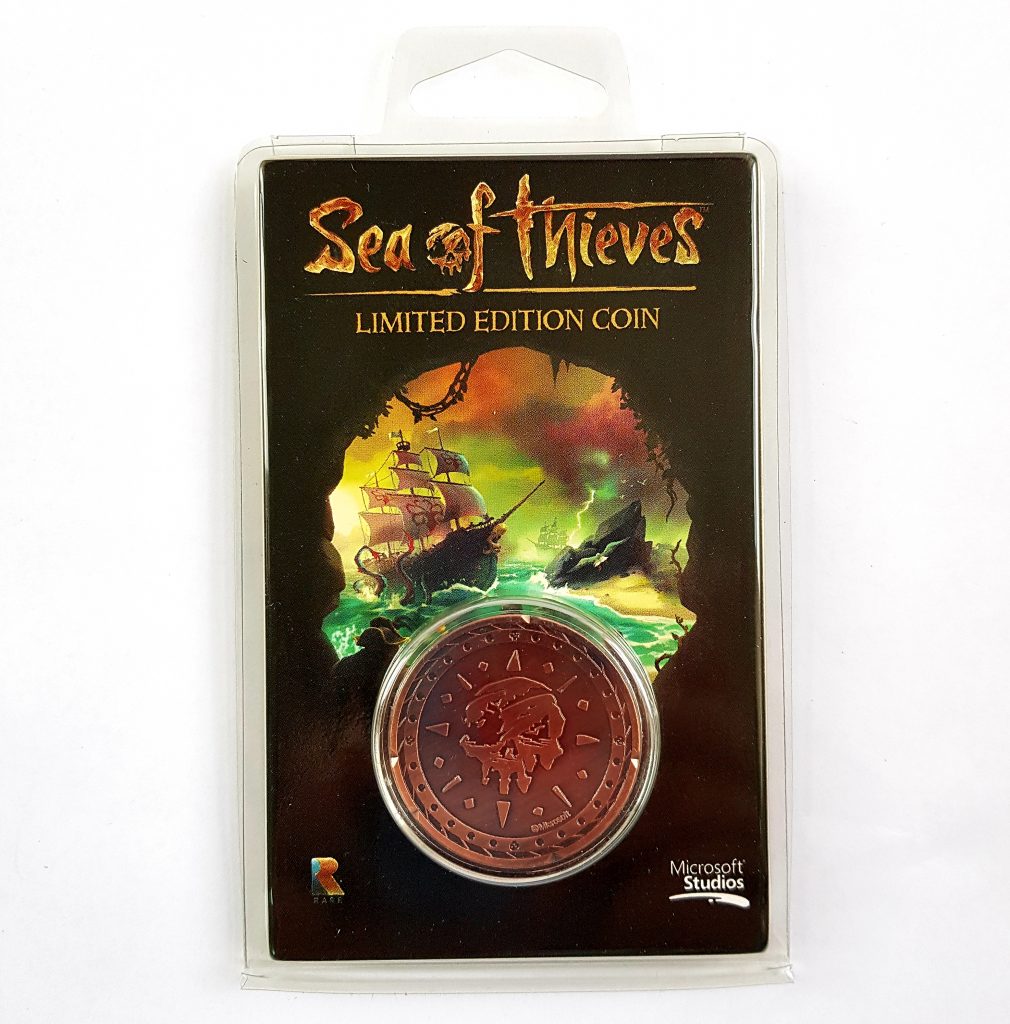 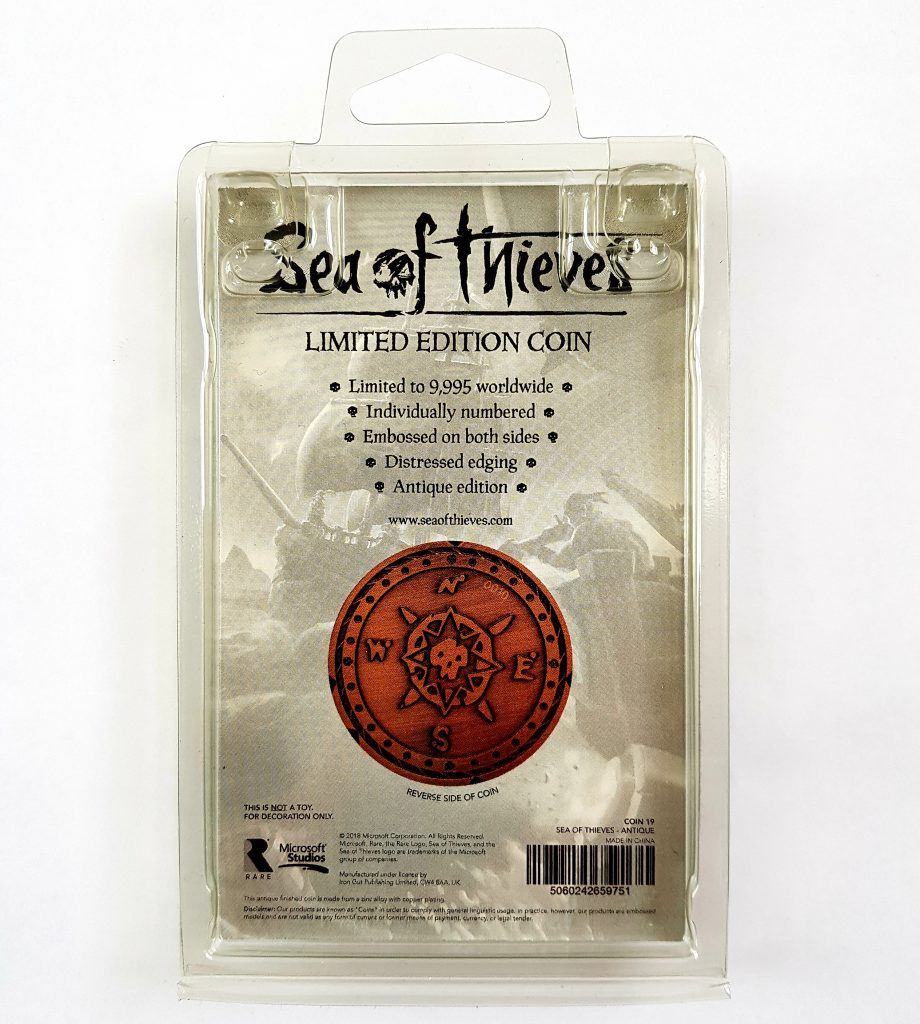 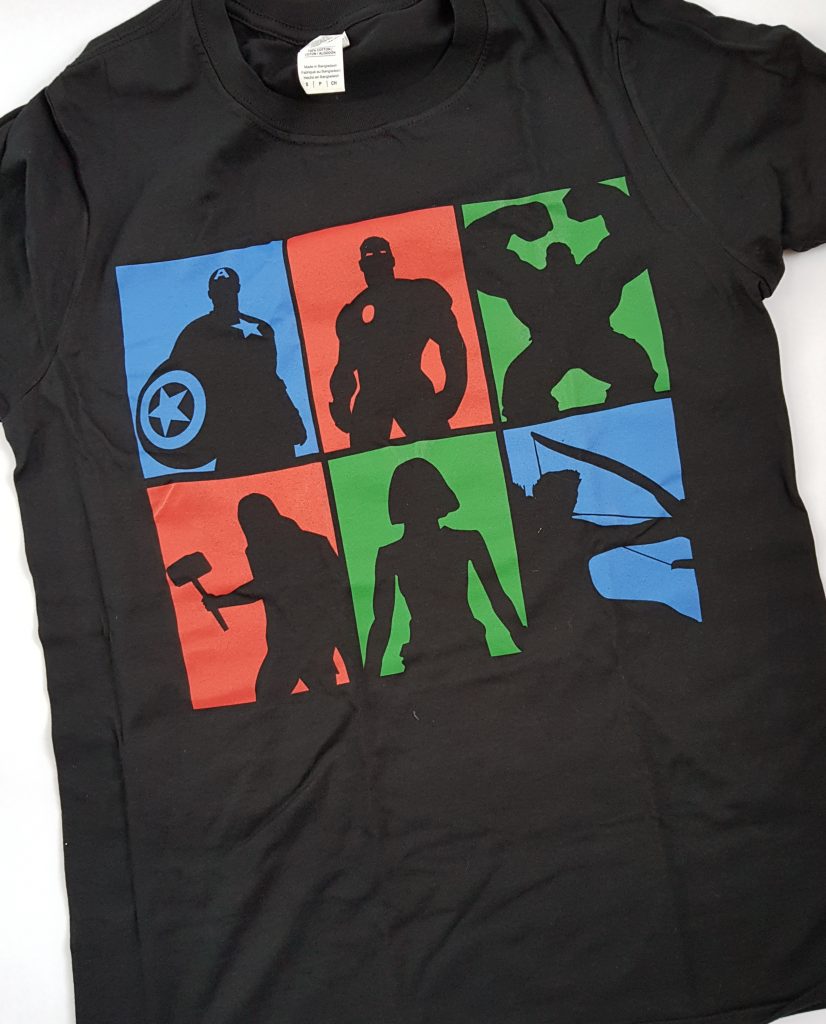 This month’s t-shirt shows the six Avengers in a cool silhouette design. (RRP £9.99) 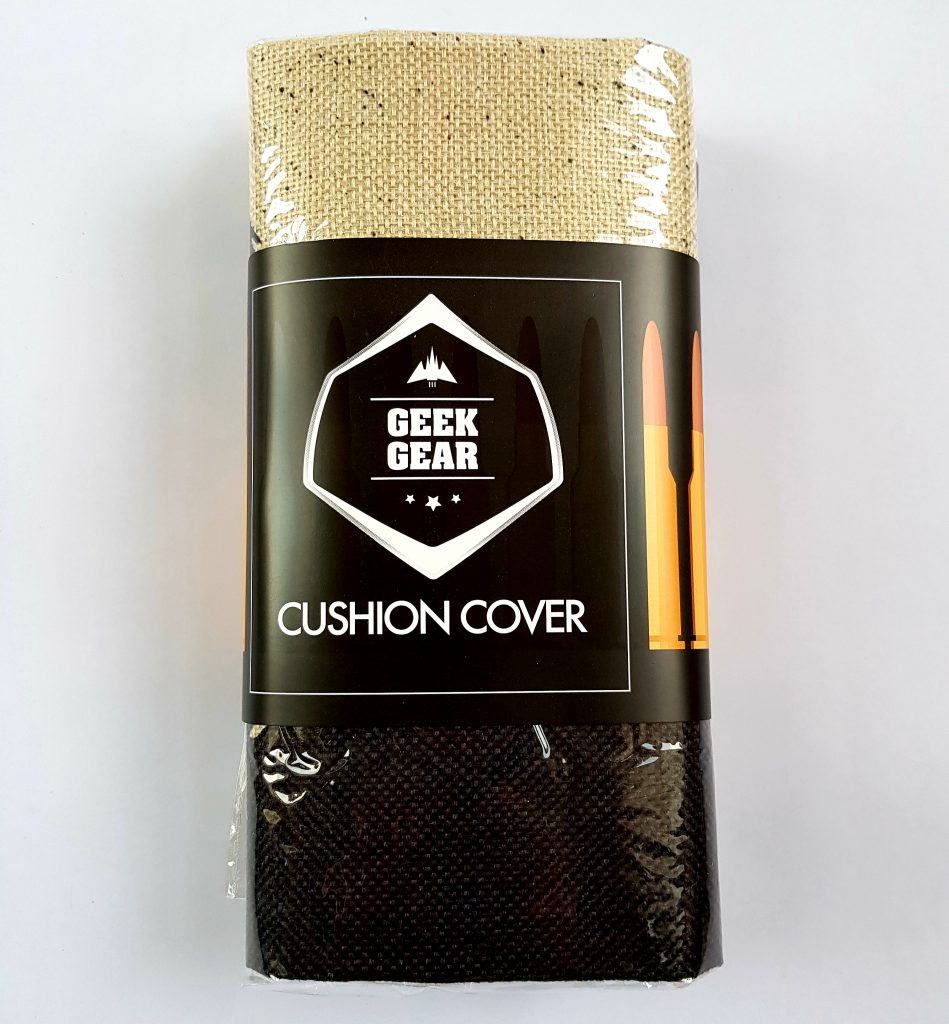 I saved my favourite item for last! 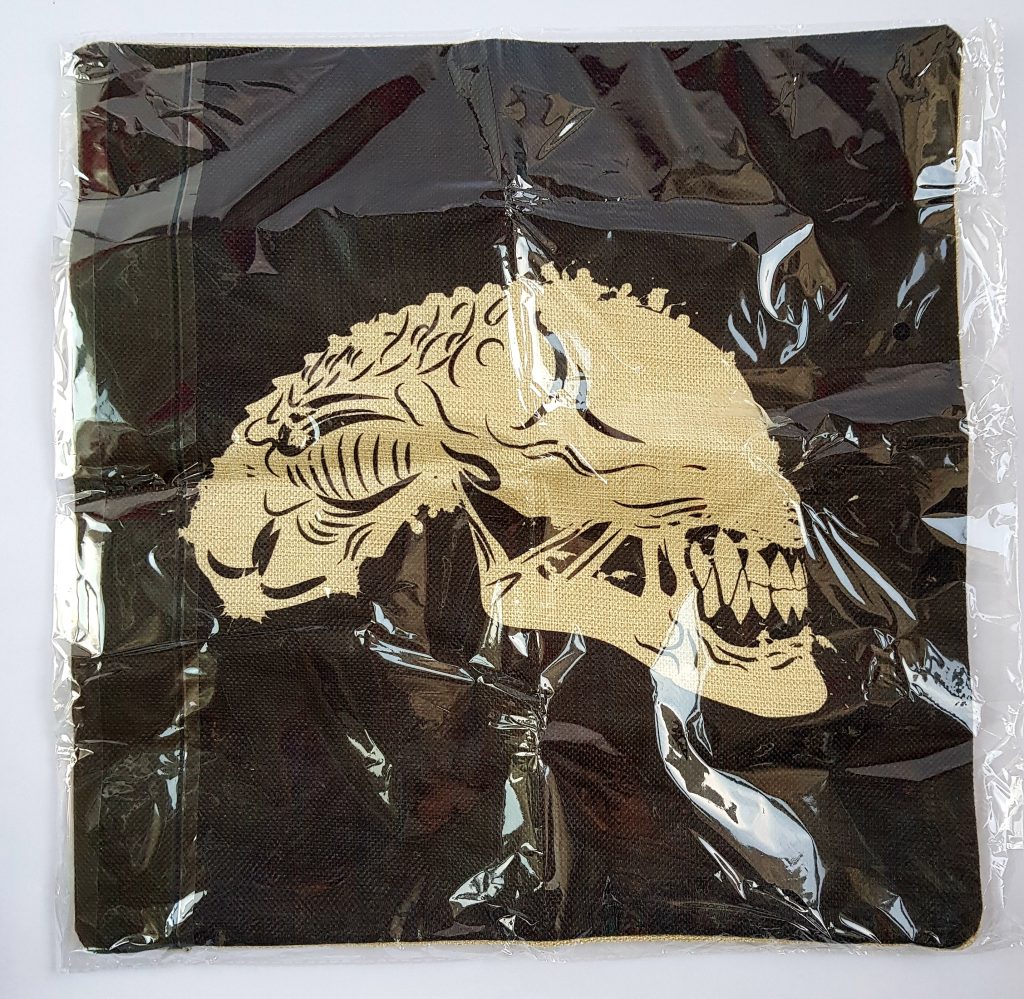 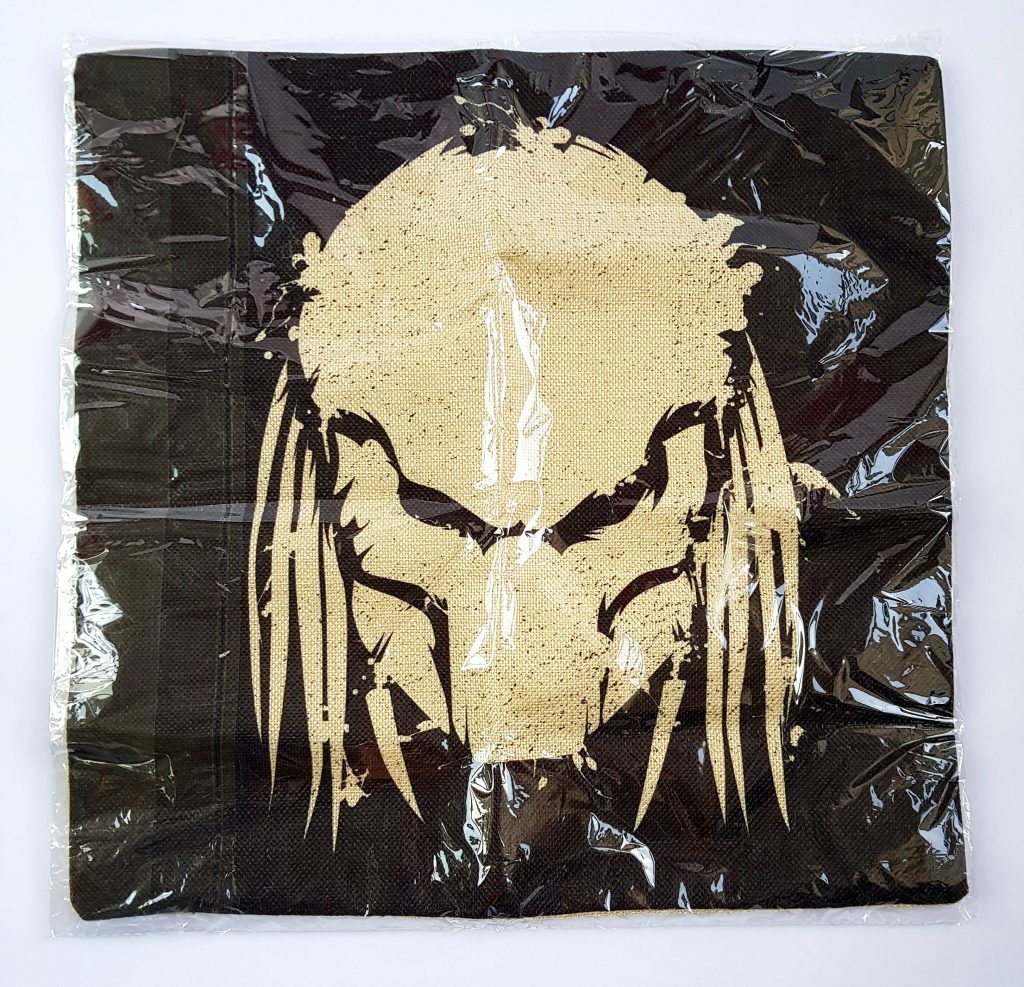 GeekGear doesn’t really do monthly themes, but usually some of the items have a franchise in common. This month it looks like the Avengers is a bit of a focus, especially with the latest Avengers movie in theatres at the moment.

The pin and t-shirt are really cool. Extra points for including Black Widow on the t-shirt! I’m slightly disappointed that she didn’t feature in the other Avengers options, but it’s better than nothing. Also the t-shirt is 100% cotton, which is awesome.

The metal poster is more like a large fridge magnet, though the company does sell much bigger ones that could definitely be called posters. Either way, it’s good quality, with a strong magnet and good colouring.

GeekGear includes a print in every box, and while they’re fun I’m not generally that bothered by them. I’m a little past the stage of putting posters on my wall, though if I was a student I would have absolutely loved them!

The coin is a terrific collector’s item, especially as it’s an individually numbered limited edition. It can be appreciated even by people are aren’t fans of Sea of Thieves.

The two cushion covers are absolutely fantastic. As it happens the Alien and Predator franchises are both loved in our house, my husband and I have seen them all many times, so these are perfect! I really like the design style too, simple black and white.

The RRPs should always be taken with a little pinch of salt, especially because most of the items are GeekGear exclusives. However I think they rarely overstate them particularly. I also found the coin for £13.99 on another site, but not due to ship out until June, so clearly GeekGear got their hands on a bunch of them early! I also found that cushion covers similar to the ones in this box sell at around a tenner each, so the RRP of £14.99 for both is very reasonable.

All round this is an excellent value box, with a great selection of franchises and contents, including items that are actually useful as well as geeky!