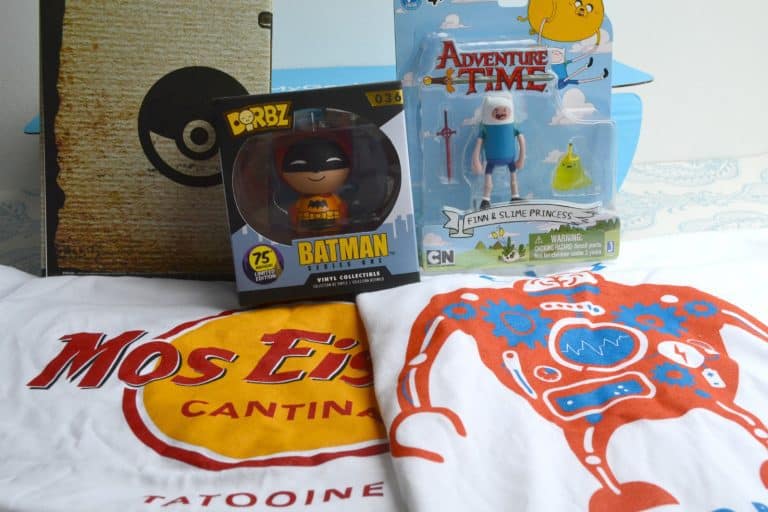 My Geek Box promises one shirt in every box, it’s one of their big selling points. But in September- we got two shirts! Along with two figures and one poster. It was a box that felt full when you picked it up, which I was a big fan of. And it went for the big boys. We’re talking Batman, Adventure Time, Star Wars and Pokémon. Sorry to the niche fans, although there was one mystery. Lets have a look, starting with… 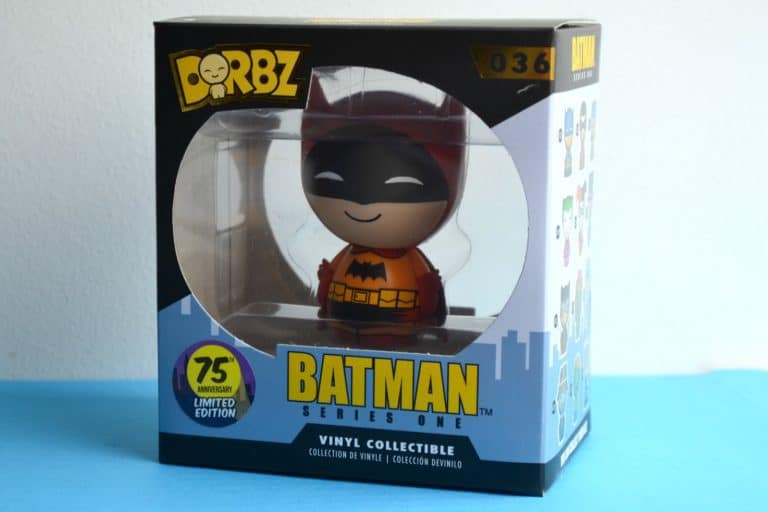 Batman! Who doesn’t love Batman, really? He’s a staple in most nerdy hearts and this Funko Dorbz is actually really cool. It’s #036, and the 75th Anniversary Limited Edition from Series One. It has Bruce in his little orange get-up, one of six colour-ways of The Rainbow-Batman shown on Detective comics cover #241. And smiling. A smiling Batman is my kind of Batman. A-dorbz-able. 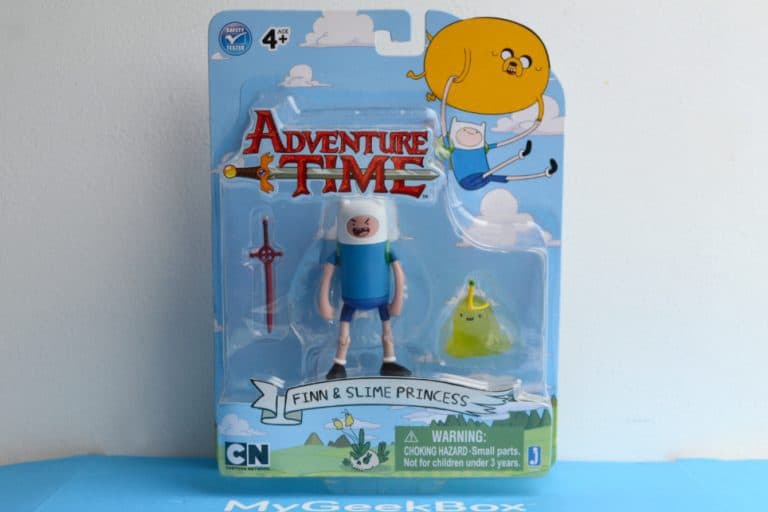 The other figure set for the September My Geek Box was Finn and Slime Princess from Adventure Time. He was immediately taken out of the packaging after photographs and set up with the sword, climbing my bookshelf with his little bendable knees. I’m all for toys that can actually be played with. “Let’s go kick their digital bootays!” 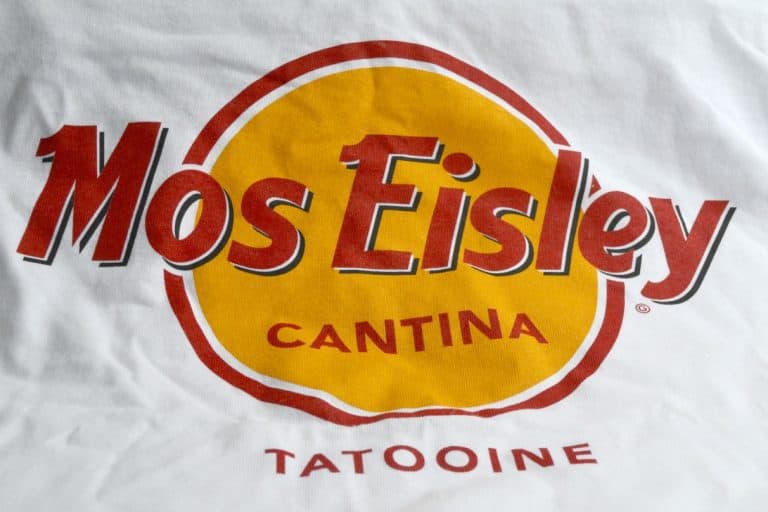 Onto the first shirt- Points if your brain automatically went here. I’ve been getting that song in my head for days at a time every time I wear it. I think it’s brilliant that it’s a spin on the Hard Rock Cafe logo and it might actually be one of my favourite shirts that My Geek Box has put out. Soft cotton and the print is pretty securely on there, you’ll never find a more wretched hive of scum and villainy but they make quality shirts. 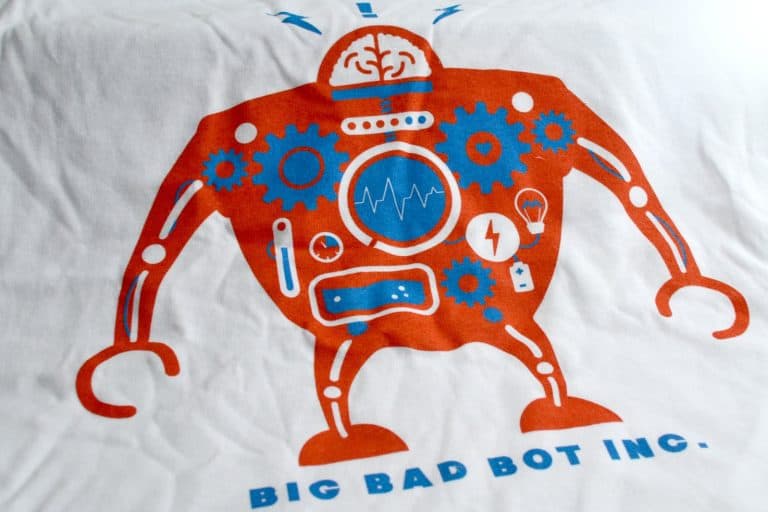 And the second shirt- now I scoured the internet looking for what TV show/ movie/ comic book/ video game/ whatever this was from and found nothing. I asked all my nerdiest friends and nothing. In the end I just figured that Big Bad Bot Inc is a original artwork for My Geek Box which is kind of weird but kind of cool. I guess it depends on your personal preference. If you get the box for merchandise from geeky things you know and love, or if the very idea or robots does it for you. I’m on the fence. 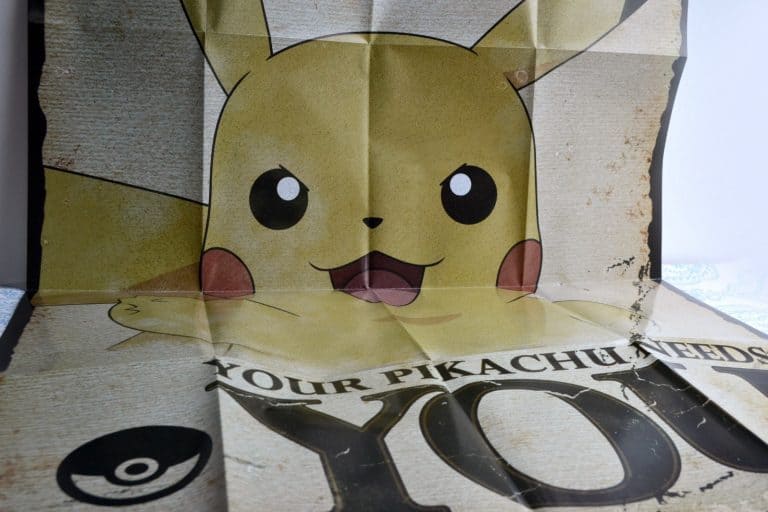 And finally the poster! I’m personally never a fan of folded posters because I’ve just not got the ironing skills to get those creases out but I might make an exception for this brilliant Pokémon/ Uncle Sam mash-up. My Pikachu needs me! Not only that, but this is huge and printed on some really thick quality poster paper. Maybe if I put this up, it might convince me to dust off the old Pokémon GO!

I liked this box! Anything Batman/ Limited Edition is always appreciated and Funko make good figures. My only qualm is the Big Bad Bot Inc shirt which seems to have just come from the assumption that all geeks like all robots? But apart from that, there were well-known names throughout and it was all quality stuff.