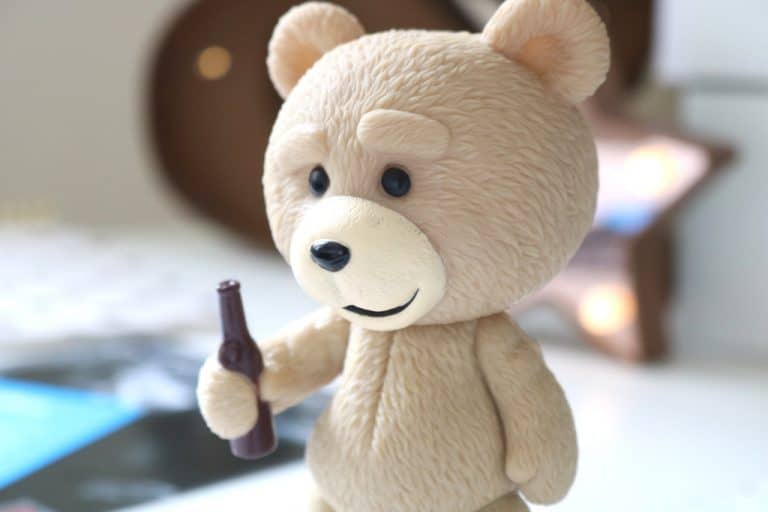 I received my first My Geek Box for a while last month and I adored it as it contained such a fantastic range of items and the majority were from tv shows, movies and franchises that I knew so obviously I couldn’t wait to receive the new July My Geek Box which arrived at my door a few days ago. 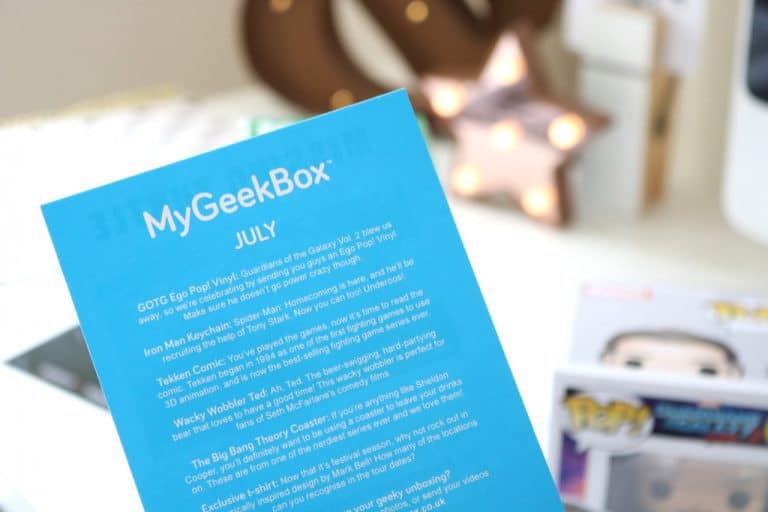 With each box you get a range of 4 to 7 geeky items from various fandoms, whether it’s from a tv show, movie, video game, comic or just a general geeky themed item. You get a card each month explaining the items and this month there are six items in the box ranging from the exclusive t-shirt, bobbleheads, a keyring, coaster and a comic. 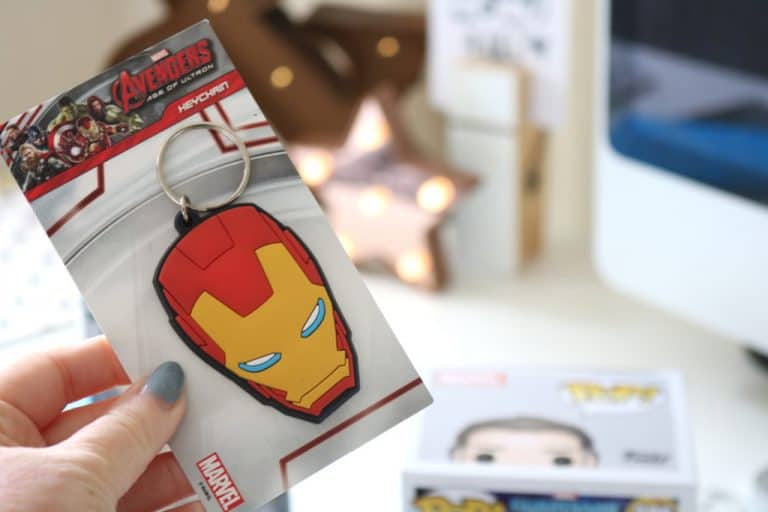 First up we have a keyring which is from the Iron Man films. I did watch the first film years ago and I liked it but it’s not really a series I’ve continued with so this isn’t my kind of item but if you are an Iron Man/Avengers fan then you’ll have love item! 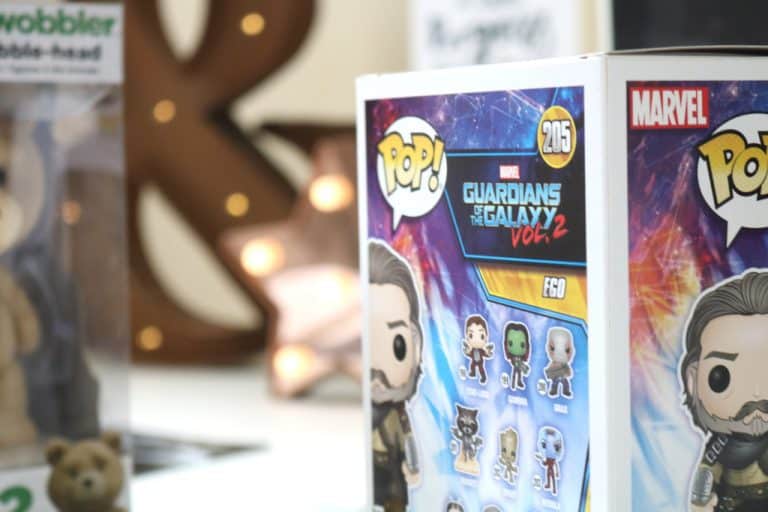 Another fandom I’m not really familiar with which is Guardians Of The Galaxy. I have been meaning to watch both films but I just haven’t got round to it. As I haven’t watched the films, I’m not sure who Ego is but his Pop! Funko figure is cute – I love the designs of the Pop! Funko figurines as they are cute and so unique. Also this one is a bobblehead figure. 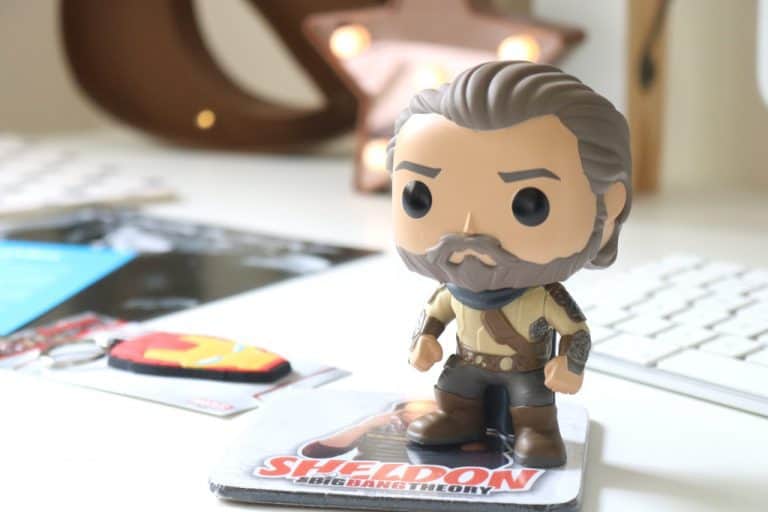 I do need to watch both films now as I have this cute vinyl bobblehead. They are both american superhero films from Marvel which usually isn’t my thing but I definitely want to give them both a go now as I know they are really popular and to find out who Ego is! 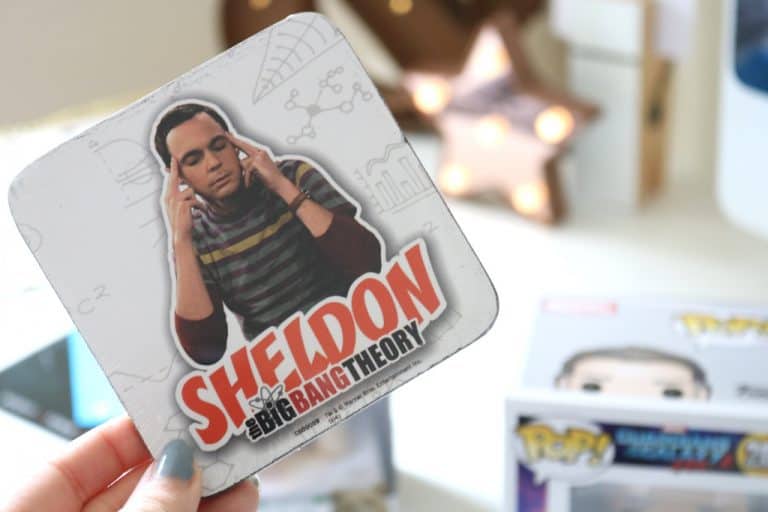 This item is probably my favourite from the July box, along with the t-shirt as it is a Sheldon coaster! I have been watching The Big Bang Theory for years and even though I don’t think the newer season are as good as the first few, I still love the show and Sheldon is definitely my favourite character. 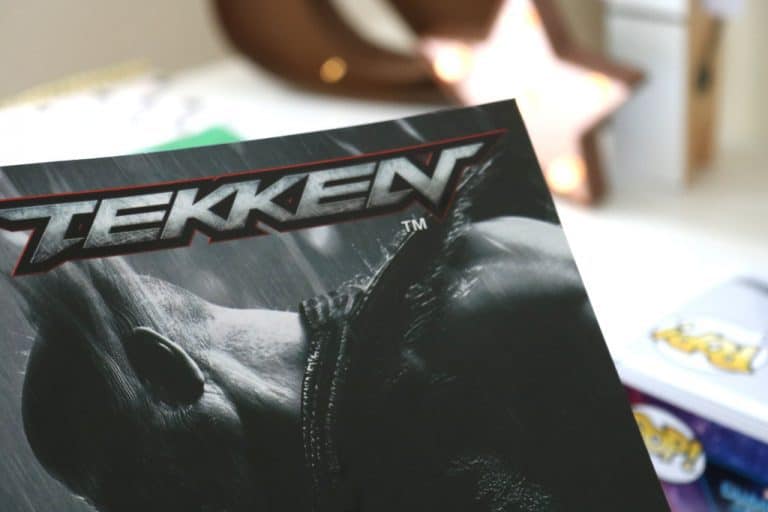 An unusual addition to a subscription box and a first for me, a comic! Tekken started as a video game back in the 90’s so I should have heard of it but oddly I haven’t. It was one of the first fighting games to use 3D animation! 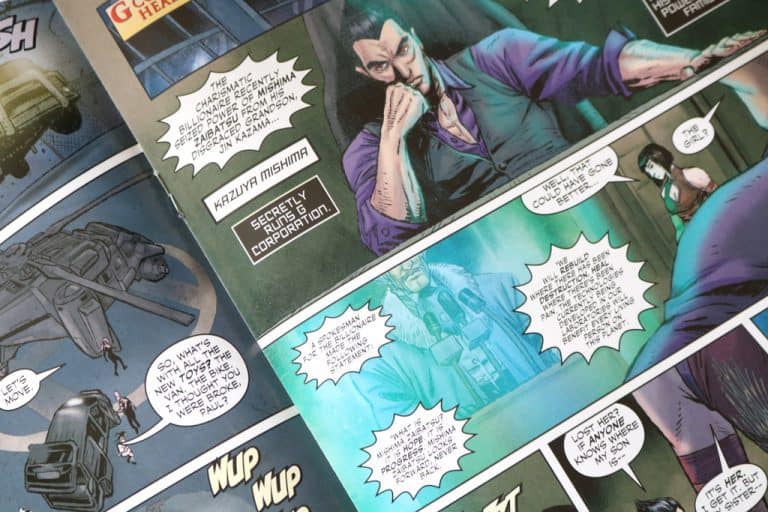 The comic included is volume one by Titan Comics and it seems to be a sampler of the full comic as it is so short. I’ve flicked through it already to see the art style and I love it! I will be reading this at some point in August as it will be a very quick and easy read. Perhaps then I’ll look into the video games.

Next up, another bobblehead…which is a little annoying as there are two in this box but this one is much cuter. It’s from the film Ted2, I have watched a little of the first time and liked it but I didn’t finish it for some reason. I’ll have to watch both films this summer.

The bobblehead is very cute, it has it’s own little platform to stand on which also acts as a speaker because this one is a talking bobblehead. It would be great for fans of the movies as he is so cute, even with a beer bottle in this hand. 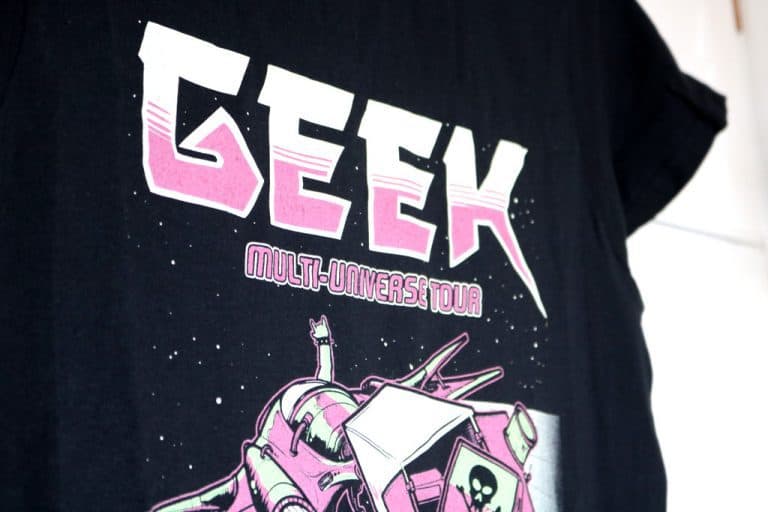 Last but definitely not least, the exclusive t-shirt which is inspired by music festivals and is designed by Mark Bell. I love the design and colours of the tee and it looks like an old school band t-shirt for some kind of sci-fi pop punk band. 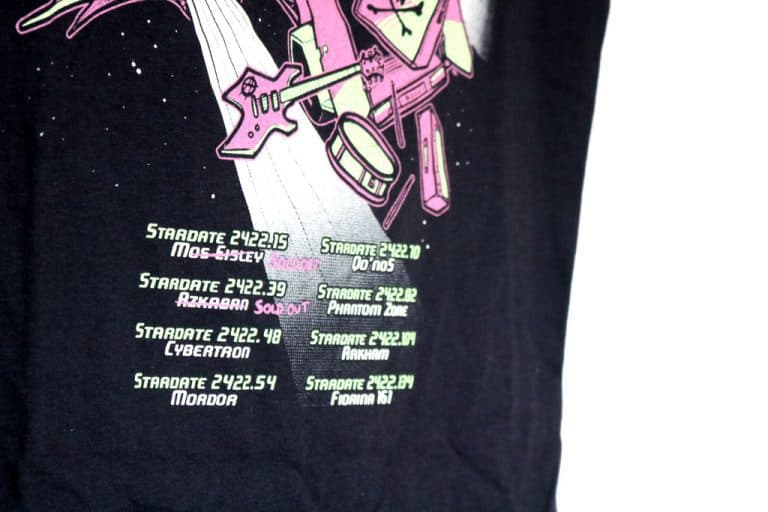 The best part about the t-shirt is definitely the fictional list of locations such as Azkaban (Harry Potter, obviously), Arkham (Batman), Mordor (LOTR), Mos Eisley (Star Wars) and more which was a really nice detail! I have a ladies M which fits me well and I’m a UK 10 but if you wanted it to be oversized then maybe size up.

Overall, while I love the Sheldon coaster, the addition of a comic (which is something I've never received in a subscription box before) and the amazing exclusive t-shirt; I found the box on the whole a little disappointing especially with two bobbleheads in one box and particularly compared to how amazing the previous box was. Having said that, I can't wait to see the August box.