Reviewed by Heather on 2nd February 2018 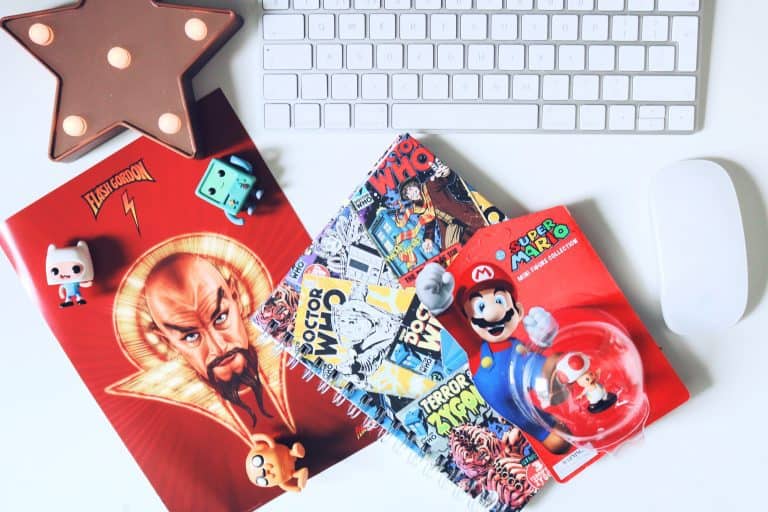 Today’s review is the first My Geek Box review of 2018! Last year I loved the My Geek Boxes I received and I couldn’t wait to see what the January box contained as it’s always a pleasant surprise each month. The January box contains five full sized items from various fandoms such as Doctor Who, Adventure Time, Flash Gordon and Super Mario. 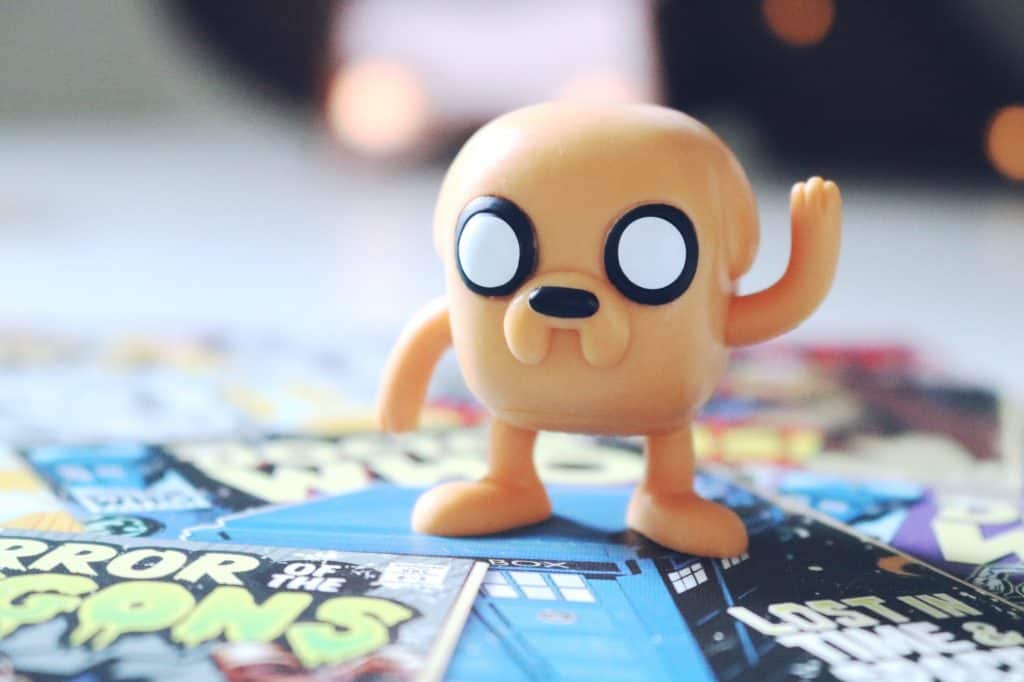 Let’s start with one of the cutest items in the January My Geek Box and it’s a set of three Pocket Pop! figures from Adventure Time. I’m not very familiar with the Cartoon Network show but I have seen these characters online. I didn’t know that Pop! made miniature versions of their full size Pop! Funko figures. There are three figures in the cute set including Jake, Finn and BMO. 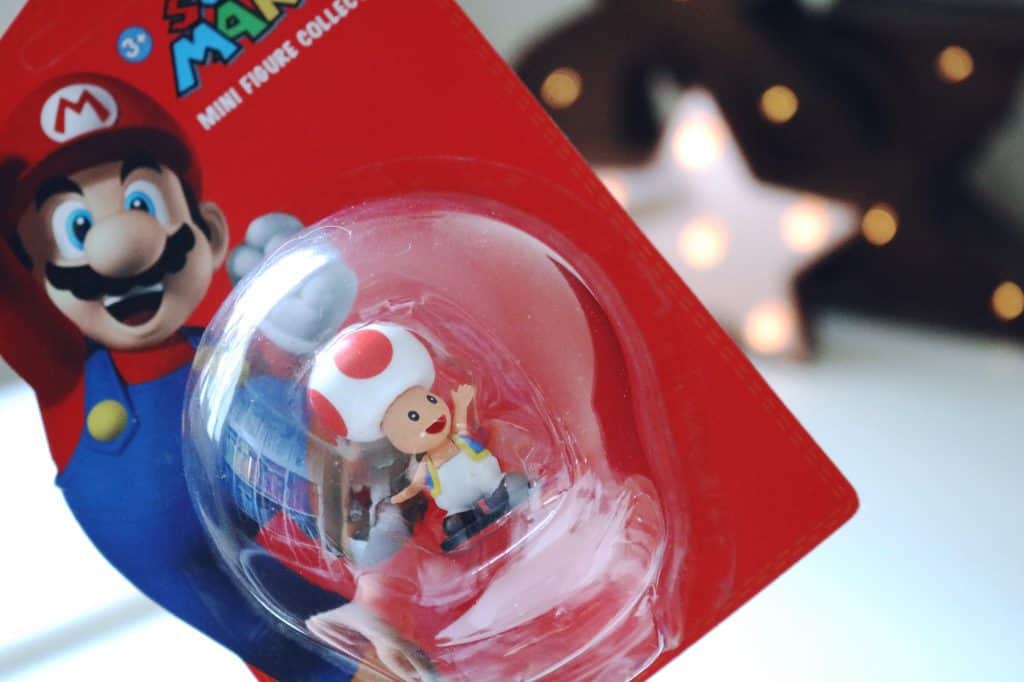 Next up is another figure but one I’m much more familiar with! Super Mario games, especially the Playstation and Wii games years ago were some of my favourites to play. There are nine figures to collect and I have Toad which isn’t my favourite Mario character – that would probably be Boo! 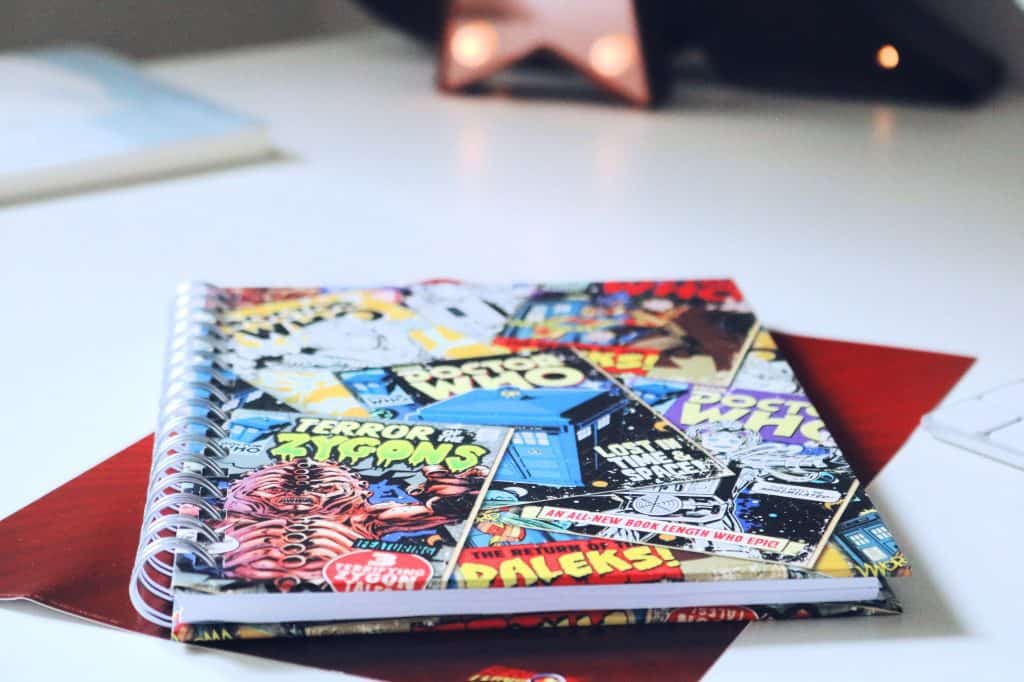 Now onto the print and stationery items within the box and I’ll start with the print. The print for the January box is Ming The Merciless which is from the Flash Gordon TV show. I am somewhat familiar with it because my dad used to watch the TV show.

The second stationery item is my favourite item included in the box as it’s from one of my top TV shows, Doctor Who. It’s a retro style hardback notebook with comic book posters of various Doctor Who episodes on the cover. I love Doctor Who and this lined notebook is an amazing addition to the box. 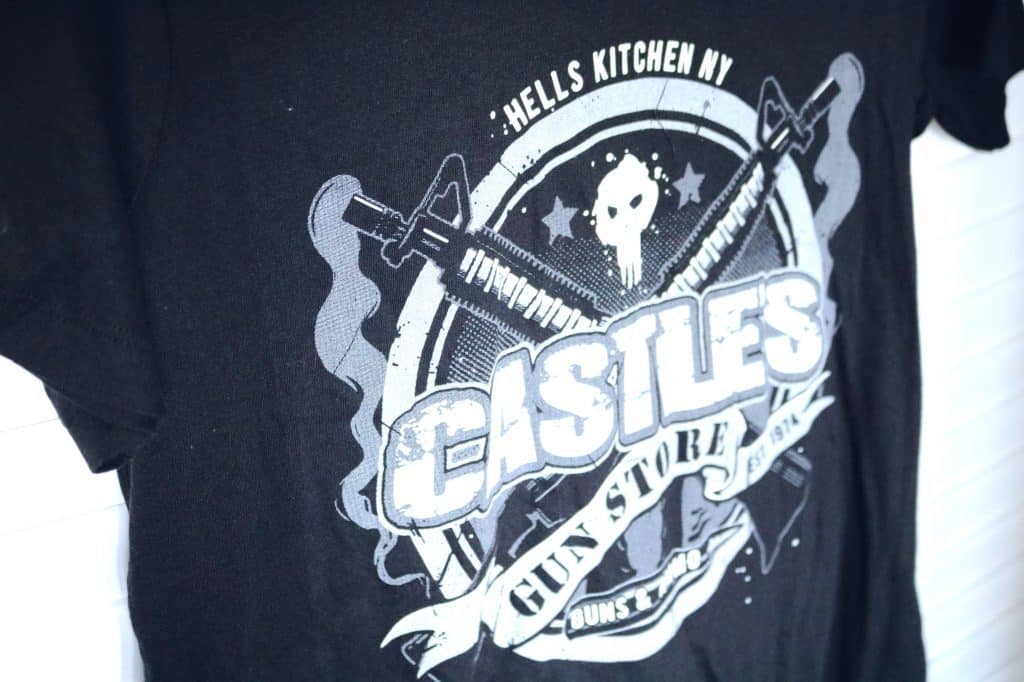 The final item is the t-shirt which is always included within the boxes and this months design is amazing. I’m not really familiar with Hell’s Kitchen NYC/Castle’s Gun Store but I like the design and I’ll definitely be wearing this t-shirt. I have the Medium size which is a great relaxed fit size on me (for reference, I’m a UK size 8).

Overall, for the first box of 2018, I'm really happy with it, even though there are a couple of fandom items that I'm not very familiar with but you get with with almost very subscription box. I love the Doctor Who notebook, Super Mario figure and the T-shirt. I cannot wait to see what the February box will contain!