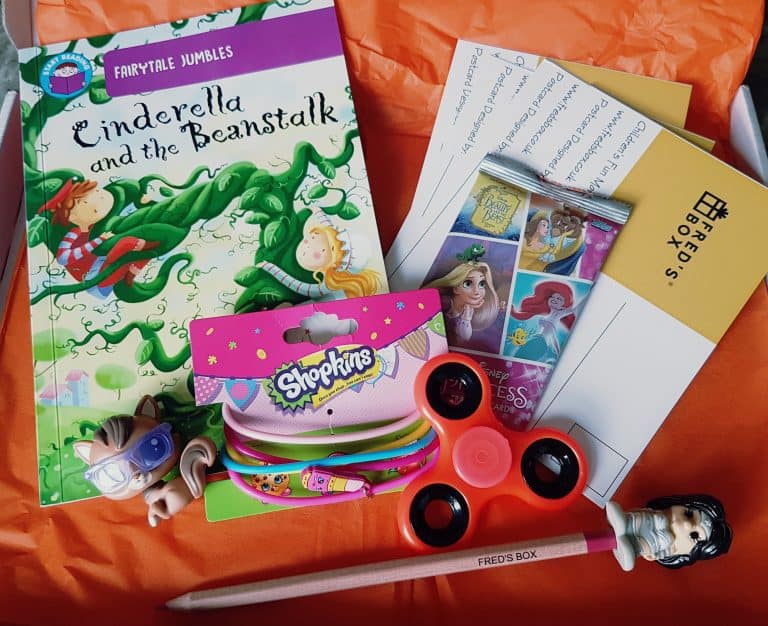 Fred’s Box has had rather an eventful time over the past few months. Originally started as a (very good) mystery Lego-compatible minifigures box, Lego got its panties in a bunch and stopped them selling their figures.

However, the marvellous people at Fred’s Box were not to be dissuaded. They bounced back and in just a few weeks came up with another kids’ subscription box, helpfully still called Fred’s Box.

You can choose girl or boy options, and as my lovely assistant, Little C, is a girl, I was sent the girl option. 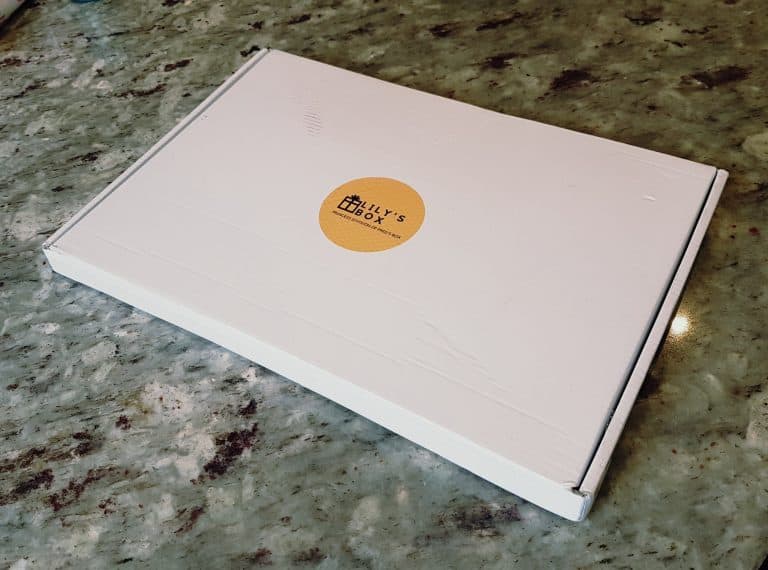 The box, while largish, is flat enough to fit though the letterbox. As you can see, it’s actually Lily’s Box. I’ve not yet worked out who Lily is (the titular Fred is the owner’s son) but it seems a good a name as any!

Little C was most excited to receive the box, especially as it was actually addressed to her. This is a nice touch. 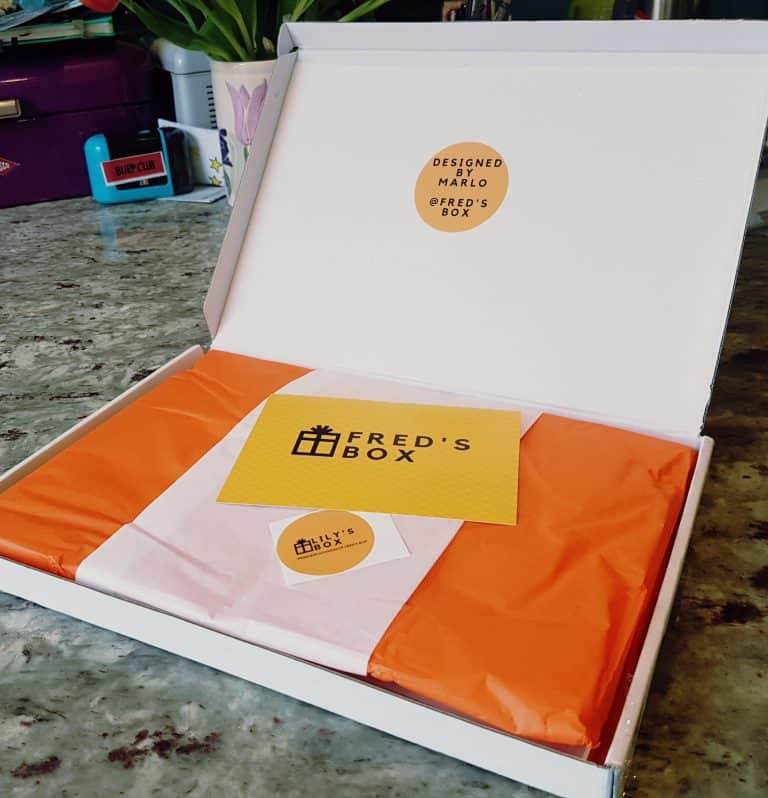 The packaging is very attractive; I love the white and orange colour scheme. On top is a little postcard with links and company info, and of course the all-important sticker. 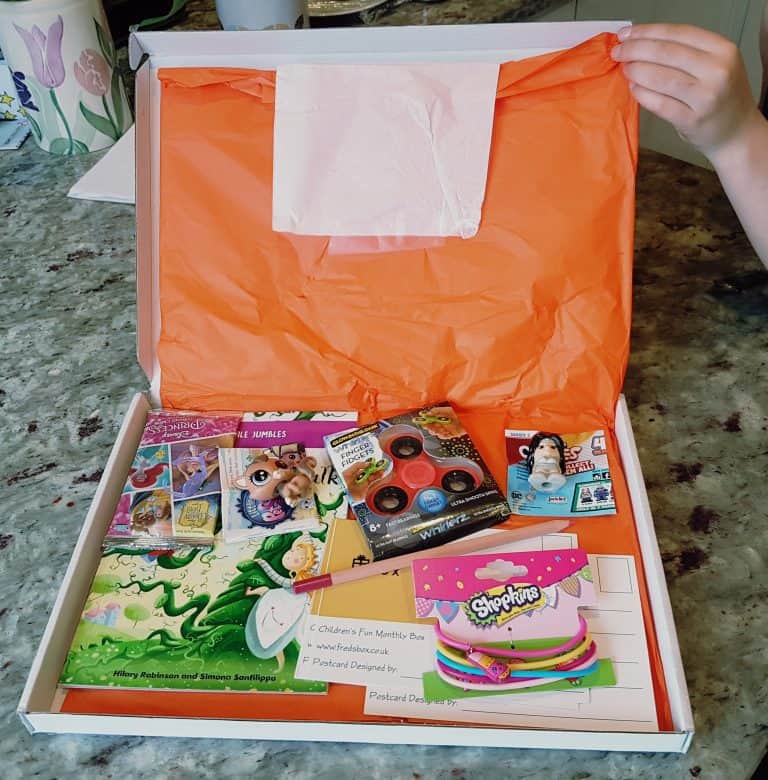 Finally she gets to open it! 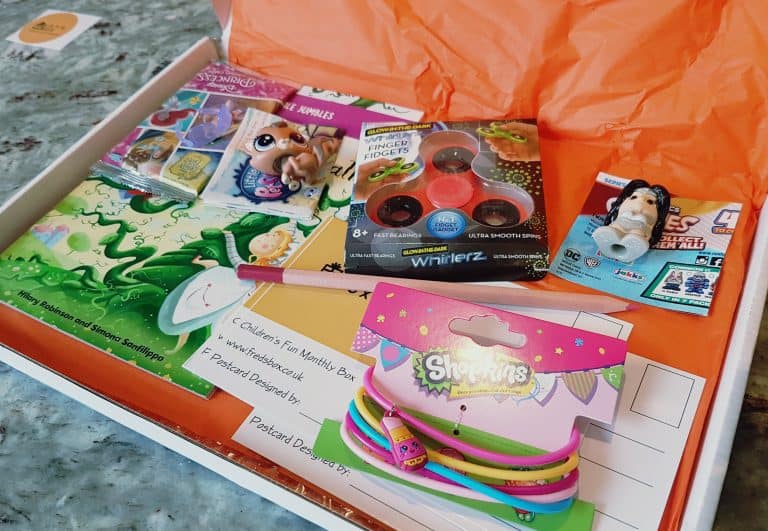 I’m amazed that everything seems to still be perfectly placed, despite the fact that it’s endured the rigours of the Royal Mail system.

What probably helped is the bubble wrap artfully concealed in the tissue paper, which ensured everything didn’t rattle around horribly.

Now, it was a challenge, but I managed to stop Little C from removing every single item at once, so here are the contents in more detail. 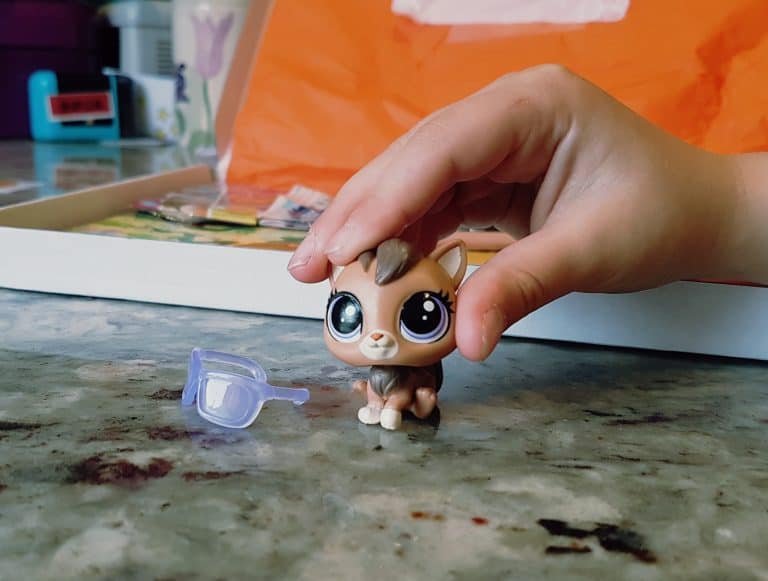 First up is Sweetly Ganache. She is a squirrel from the Littlest Pet Shop range, something of which I was vaguely aware but never seen close up. They are a range of cute little animal figures, very kawaii in appearance and apparently very popular. Little C was, of course, familiar with this brand. 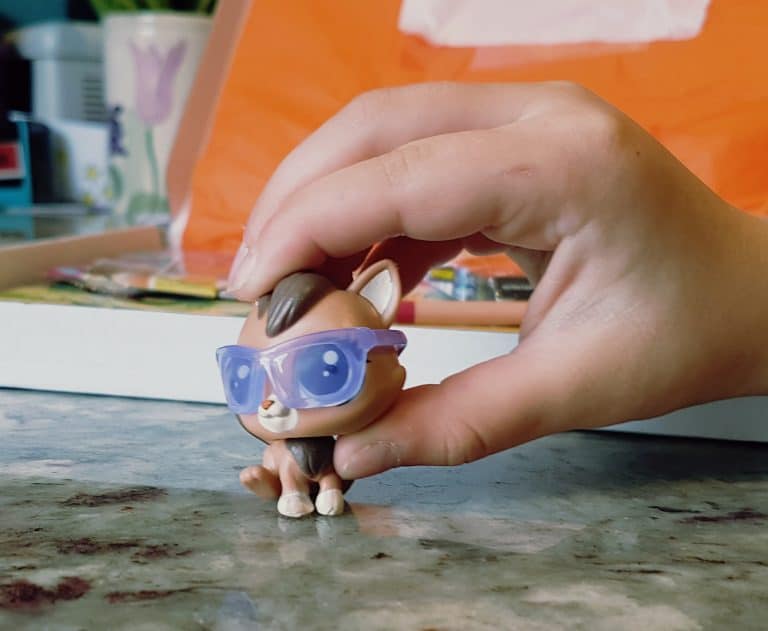 She comes with her own sunglasses! Very cute. 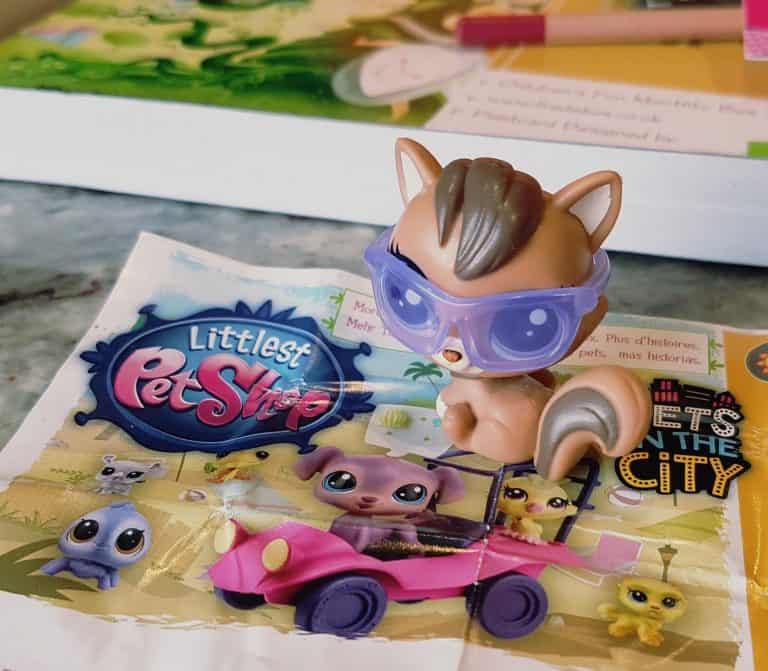 There is a huge list of the various options. It’s possible this will be the first of many of these things, as children seem to adore the tiny and cute. Little C is no exception. 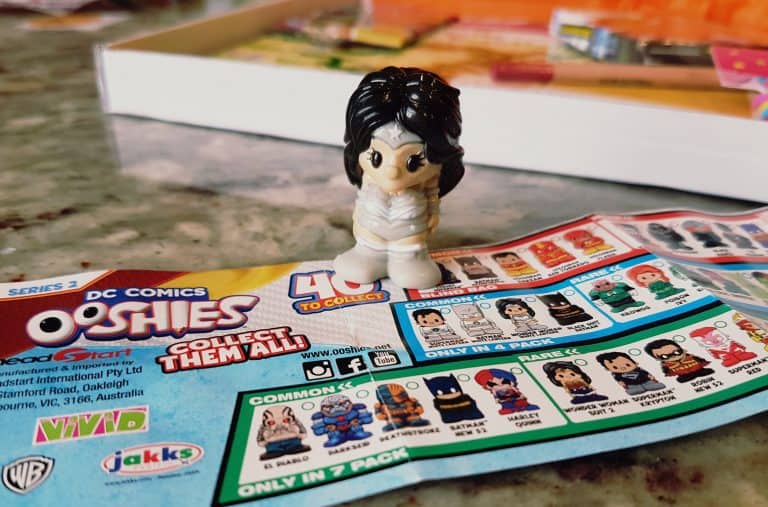 This is an Ooshie. I’d never heard of these until Fred’s Box, but apparently they are another popular children’s collectible. They are squishy miniature figures of, among others, DC comic characters. This is White Lantern Wonder Woman. 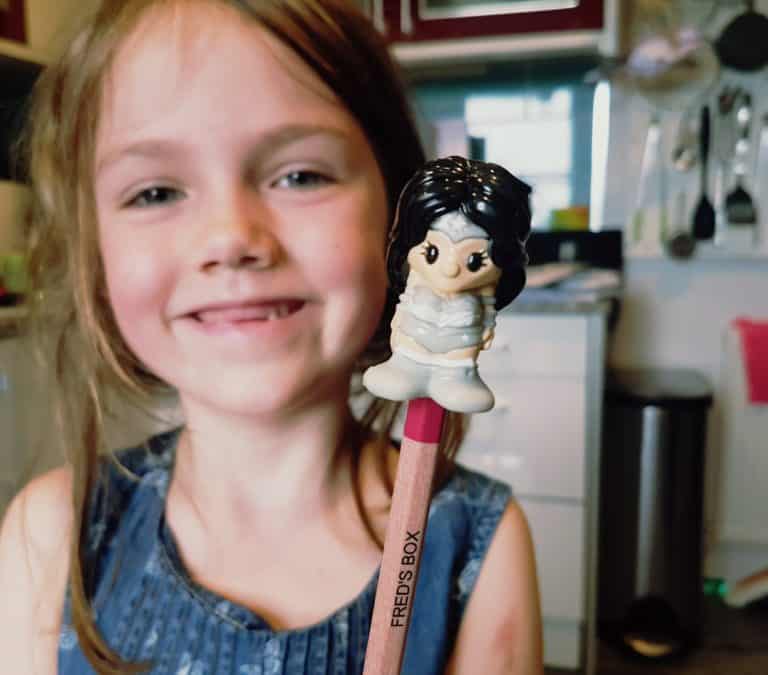 She can also be used as a pencil topper, and the box helpfully included a pencil! If you, or your child, is particularly into Ooshies, Fred’s Box also does an Ooshie subscription box. I like that one is included here, and Wonder Woman is awesome. 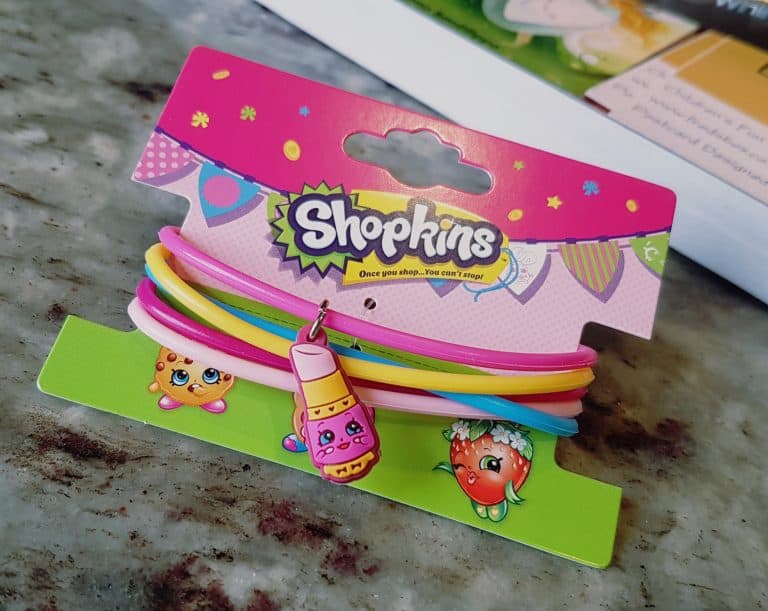 Oooh, an accessory! Five Shoplins Jelly Bracelets with a little lipstick charm. Little C likes Shopkins (and also their counterparts, the Grossery Gang) so this was a lovely treat. 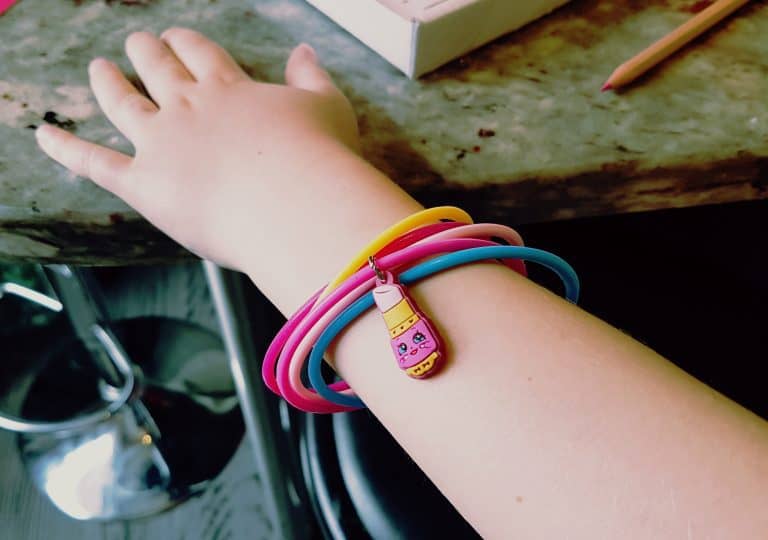 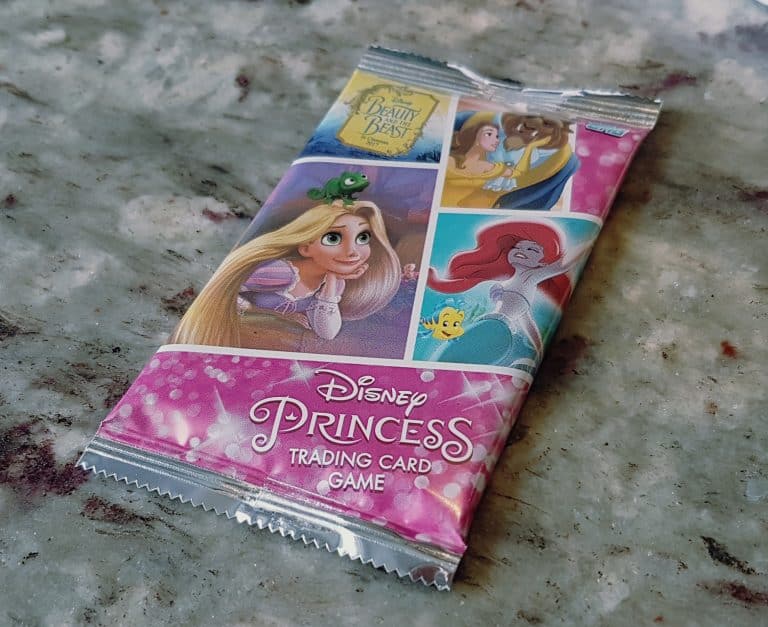 This set of Disney Princess Cards is part of a trading card game. We’re not big into princesses in our house, and thus far we’ve escaped trading card games at Little C’s school. However she did like the cards inside, as she’s seen quite a few of the movies. 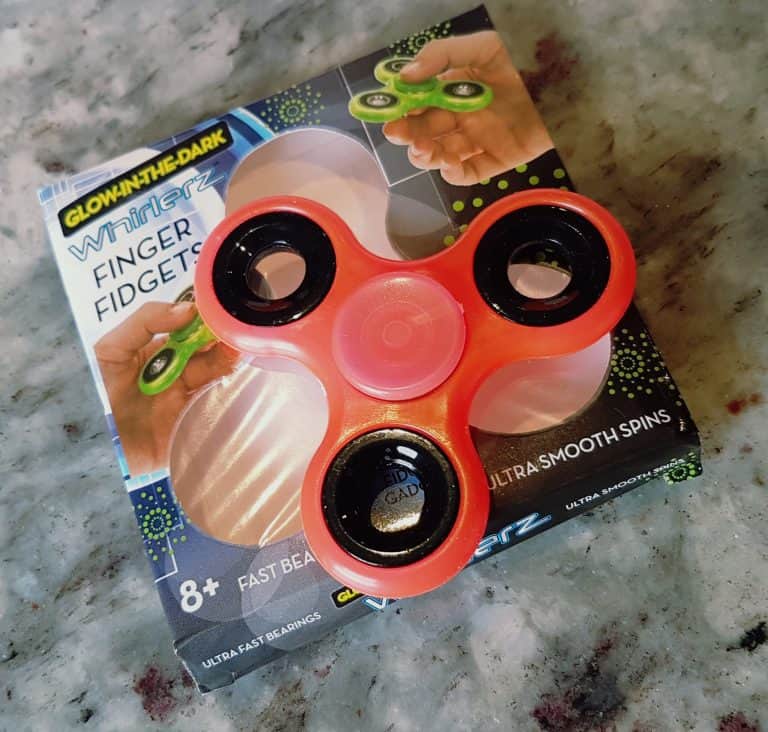 A Whirlerz Fidget Spinner! You won’t be surprised to learn that this was by far the most appreciated item in the box. These spinners are suddenly everywhere, and several kids at Little C’s school have them. Apparently they were developed to help kids concentrate (you can look it up on Wikipedia here if you really want) but are now basically a seriously popular toy. 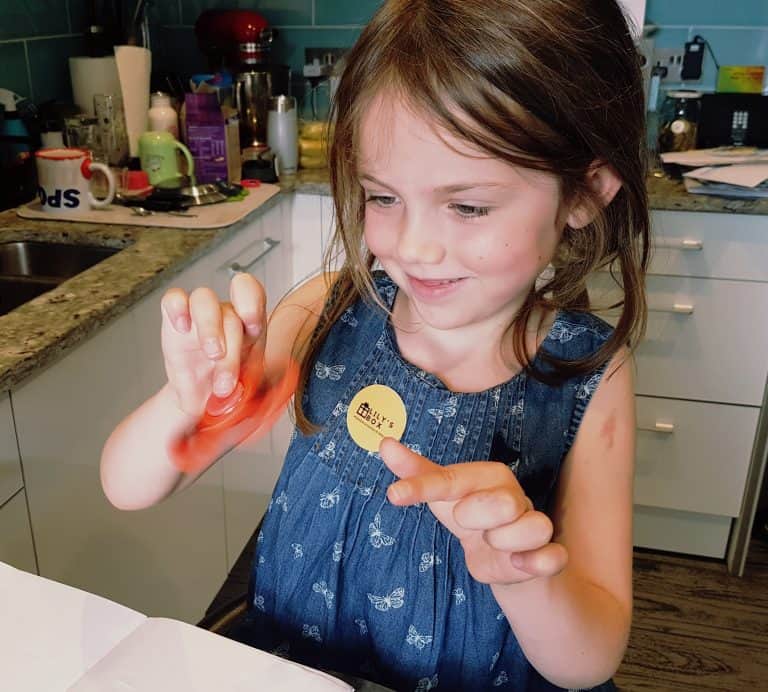 It’s actually rather fun, even for me. One really cool thing about this particular spinner is that it glows in the dark! I don’t have a picture of it, but Little C tried it out inside a cupboard (the only dark place on a bright summer day) and was very impressed with the effect. 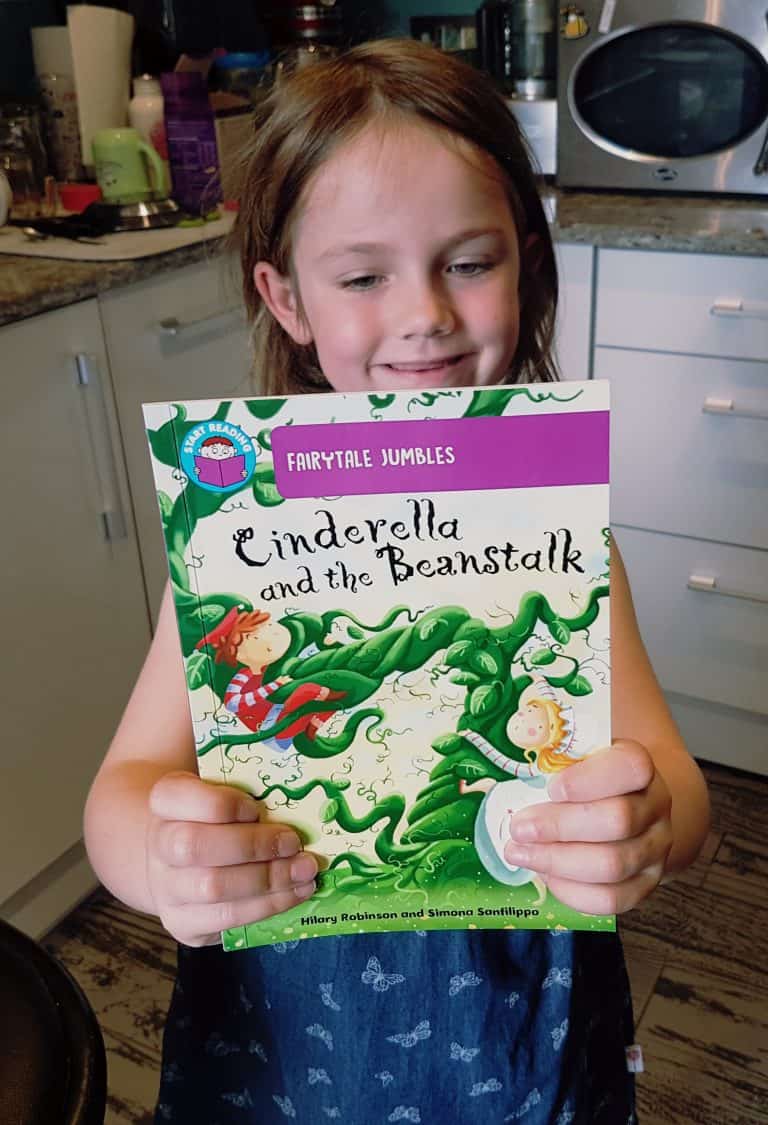 In a pleasing nod to educational value, a book is also included. This is part of one of the many reading schemes used in schools, so is a great way to boost your child’s reading. When you order a box you are asked your child’s reading age, so the included book is appropriate for their level. 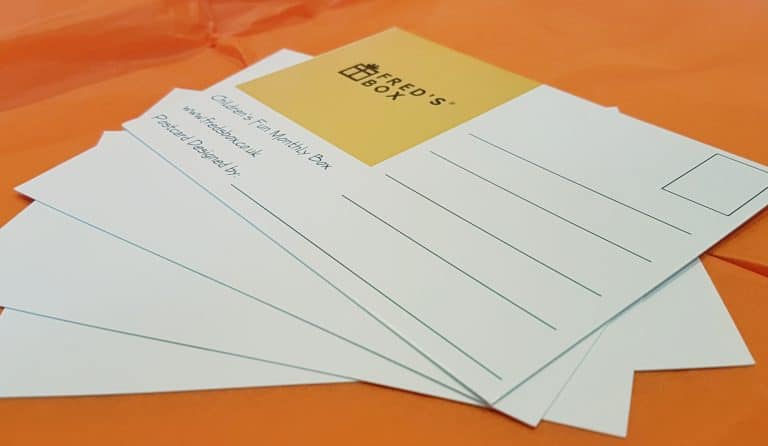 Along with the other goodies are four blank postcards. This is a nice little touch, so your child can design postcards for friends a family and actually send them off. I like the little extra creative opportunity these offer.

So here are my thoughts.

First of all, value.

Initially wasn’t quite convinced about the value, but then I started looking up the prices of all these bits and pieces. I used Amazon, which I think is a reasonable place as you’re less likely to find dodgy knockoffs.

And already we’re at the cost of the box including postage.

Doesn’t matter, you’ve got more that your money’s worth anyway!

So we’ve established that this is great value.

I really like the selection of items. Including an accessory is a lovely idea, and as I said, children love the small and cute, so the little figures are fantastic.

Those fidget spinners are so incredibly popular that it’s a stroke of genius to include one, as any kid who has been envying their friends will now have their own to show off. And even of they already have one I suspect it’s the kind of thing of which you can never have too many! And of course it glows in the dark, something else that is particularly appealing to children.

Even if your child isn’t into trading cards they are still fun to have. I’ve discovered that kids seem to enjoy swapping and sharing their things in school, and I suspect that the trading cards will become useful playground currency!

I’m very happy they’ve included a book in the box, because children can never have too many books.

The colouring pencil is a nice little bonus, because I suspect every child has an every-increasing stash of colouring stuff, and an extra pencil is always going to find a use.

All in all, I really like this box. The variety is excellent, and clearly they’ve really thought about putting a good range of items inside. And the value is great.

On a personal note, I’m not super-crazy about boy/girl things, simply because I think it can be limiting to children’s opportunities for play. That being said, I’m fairly sure that some things, such as the Shopkins bracelet, will be more popular with girls. That also being said, one of Little C’s best friends, a boy, is completely crazy about both Shopkins and Disney Princesses. Though I’m not sure if he would actually wear the bracelet!

As for Little C, she absolutely adored this box. Her favourite things were the fidget spinner (what a surprise) and the Littlest Pet Shop figure. She was less keen on the cards, because she doesn’t collect them and they didn’t have any information on them about the characters, but she was still perfectly happy to have them.

I think this box would be a lovely gift, either as a one off or for a period of time. After all, who doesn’t love getting a box of goodies through the mail on a regular basis?

Also, this would make a spectacular party bag. At first I thought it might be a little too much for a party bag, but then I looked up prepacked party bags on the internet and even pretty rubbish branded ones can be a tenner a pop. So I think it would totally be worth it, given the range of stuff included.

Fred’s Box has done terrifically well. Not only do they offer a great product, but they’ve done all this after a setback with their initial venture, and I am full of admiration for their determination to make this a success. They deserve it.

One final word from Little C: 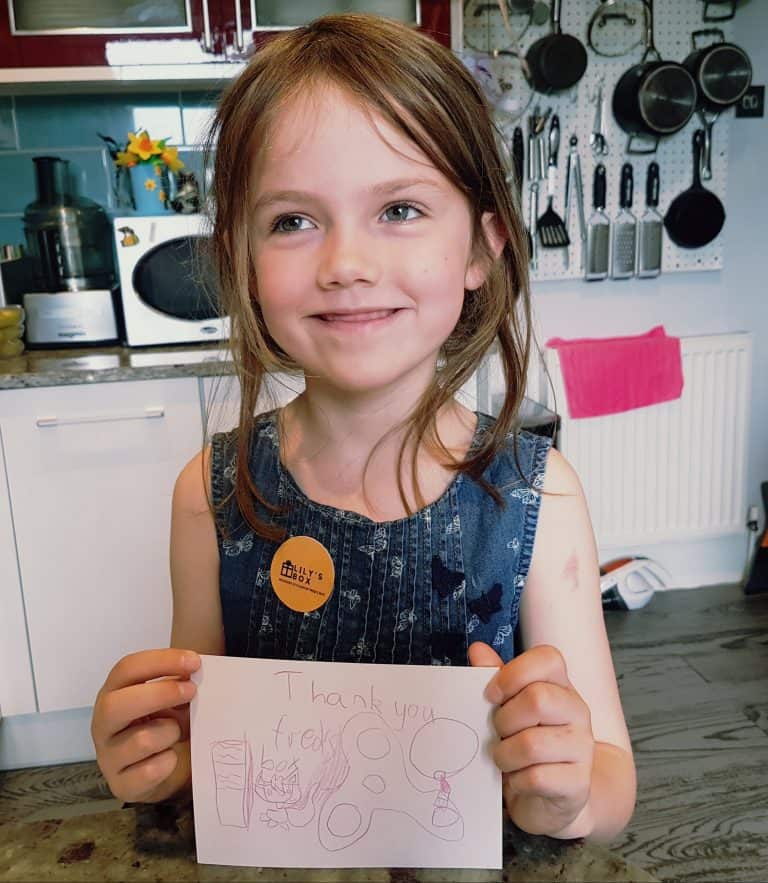 How would you rate Freds Box ? 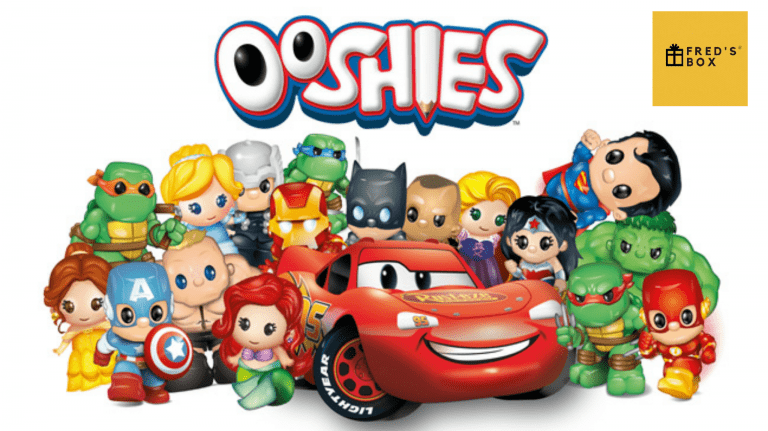 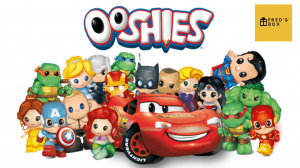