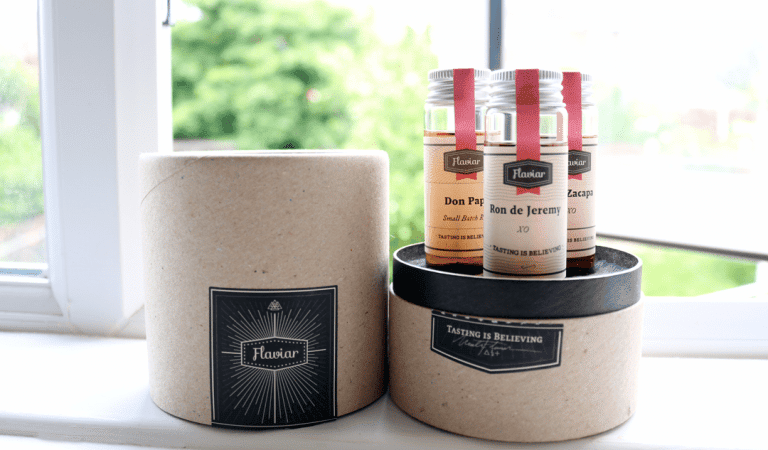 There are a couple of Spirits themed subscription boxes beginning to emerge now, but Flaviar are perhaps the most established within this market and for good reason. When you subscribe to Flaviar, you don’t just receive a box of delicious spirit samples every quarter. Instead, you’re subscribing to an exclusive member’s only club which operates via their website, and as a member you get to reap lots of cool benefits such as:-

Flaviar have sourced some of the rarest and exclusive spirits from small and independent producers around the world, so they have a huge variety on offer via their online shop, all at competitive prices. But if you just want to sign up to receive the complimentary tasting boxes, well that’s perfectly fine too!

Last quarter, Flaviar sent me their Whisky themed Welcome Box (which you can read my review of here) and this time around, I was able to choose my own tasting box from their online shop. I was truly spoilt for choice with a large selection to pick from that included every kind of Spirit you can think of, but I was in the mood for some Rum and opted for the Game Of Rums Tasting Box to try out.

All of their tasting boxes are shipped from Europe and mine took around 10 days to arrive via courier into the UK. The boxes that they arrive in look really cool and the sample bottles are packaged in a sponge style material to protect them during transit. 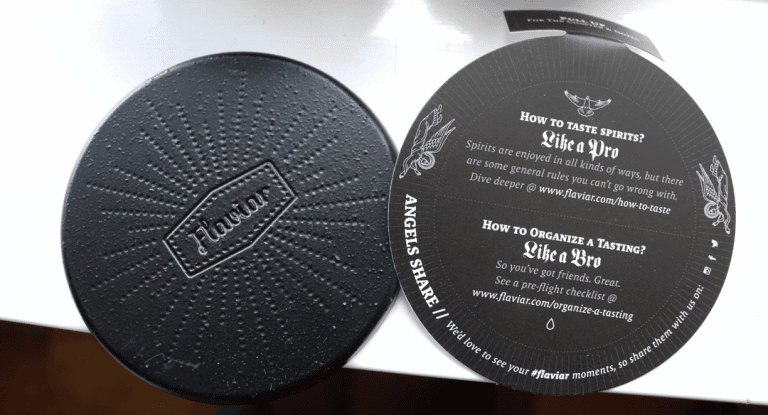 With each Tasting Box, you’ll receive a branded Flaviar coaster, alongside info about how to taste like a ‘pro’. Tasting parties are strongly encouraged and if you have a set of spirits on hand, I’m sure you won’t be short of any willing participants!

Inside the Game Of Rums Tasting Box are three Rum samples in 45ml glass bottles. 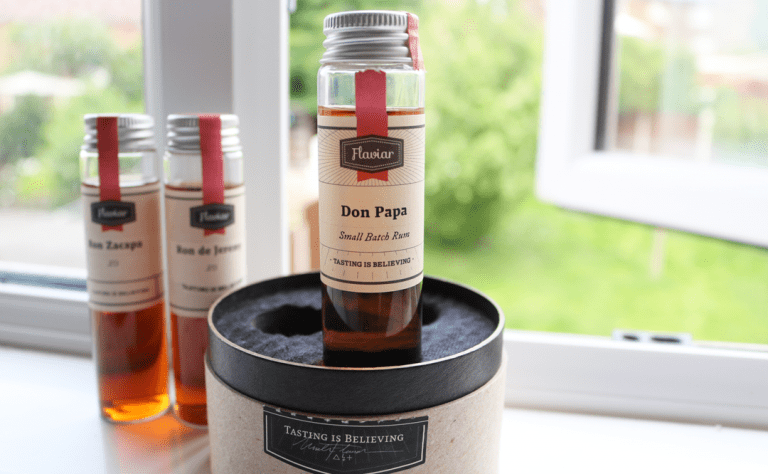 Don Papa is the first sipping rum from the Philippines and the company was started in 2011 by Stephen Carroll, a former exec at Remy Cointreau. During a visit to the capital, he was intrigued by the world-famous sugar production in the capital city Negros and became captivated by the rich cultural stories and tropical landscapes. And thus Don Papa was born, the first of its kind in a country that only used to make mass-produced rum for mainly mixing purposes.

This rum is a mighty fine rum to say the least and it’s been aged in oak barrels for seven years. It smells light and fruity (unusual for a rum!) and it has a wonderfully smooth and rich finish. It tastes quite sweet with strong flavours of Honey, Sugar, Vanilla, Biscuit, Caramel and a little Oak. I can see why this is so pleasant to have a pure sipping rum! 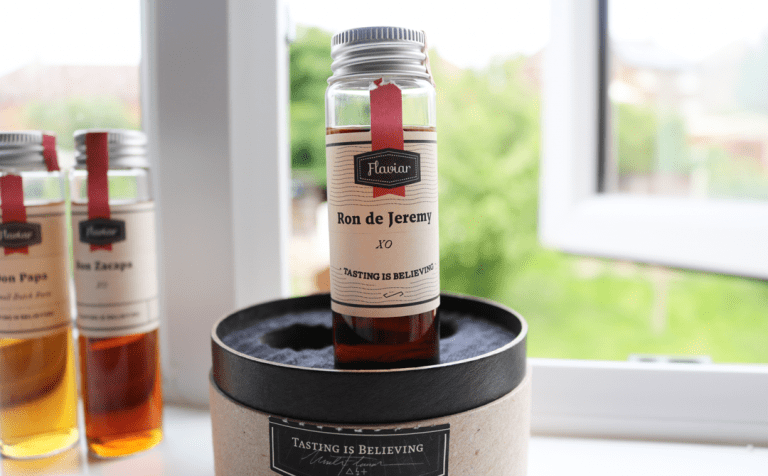 Aged for fifteen years in ex-Bourbon casks, Ron de Jeremy is a dark rum from Panama which has a rich and dark amber colour. Scent-wise, it’s on the spicy and fruity side and tasting it is a real treat. Long and smooth (yes really…!), Ron de Jeremy is sweet and tropical with key notes of Cherry, Vanilla and Cinnamon coming through the strongest. It’s a great party rum (of course it would be!) and one that tastes even better in cocktails in my humble opinion. 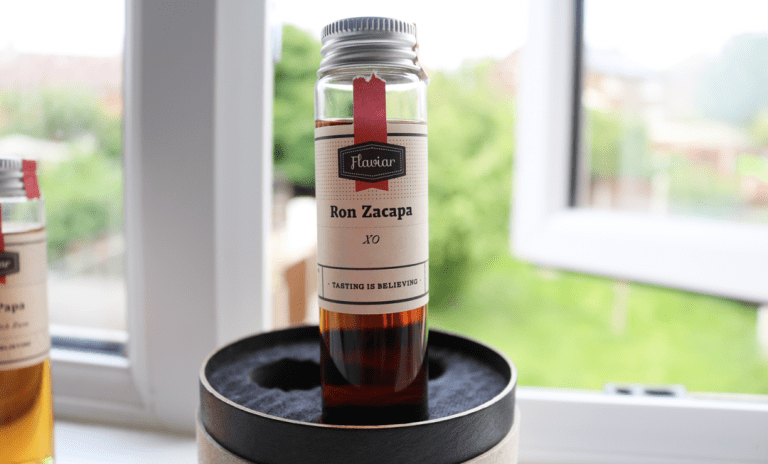 Although I’ve thoroughly enjoyed trying out the two rums above, I’m saving my favourite for last as this Ron Zacapa XO is one of the best rums that I’ve ever tried and it was also the favourite amongst my housemates.

Named after a town in eastern Guatemala, Ron Zacapa uses only the concentrated first press of sugar cane, known as virgin sugar cane honey, instead of the cheaper molasses that are found in most other rum bases. I wasn’t really expecting to notice much of a difference, but it really does give this rum a uniquely sweeter and smoother flavour which tastes incredible.

Ron Zacapa XO is a dark rum that uses a blend of rums that are aged between 6-25 years to give it a more complex flavour. The colour of it is a rich mahogany with touches of copper, and the scent is completely different to the other two rums above as it’s much oakier and spicier. This award-winning rum has a sweet and spicy flavour at first, but soon develops into a long and smooth finish with notes of Coffee, Smoke, Vanilla, Dark Cherry Chocolate, Honey, Tobacco and Toffee to name the main ones that I picked up on.

This is definitely a high-quality rum to sip and savour and something that I would certainly purchase a full-size bottle of in the near future!

An excellent selection of premium rums. I enjoyed all of these but my heart was definitely won over by the Ron Zacapa XO!

How would you rate Flaviar ?