Reviewed by Sharon on 7th September 2019 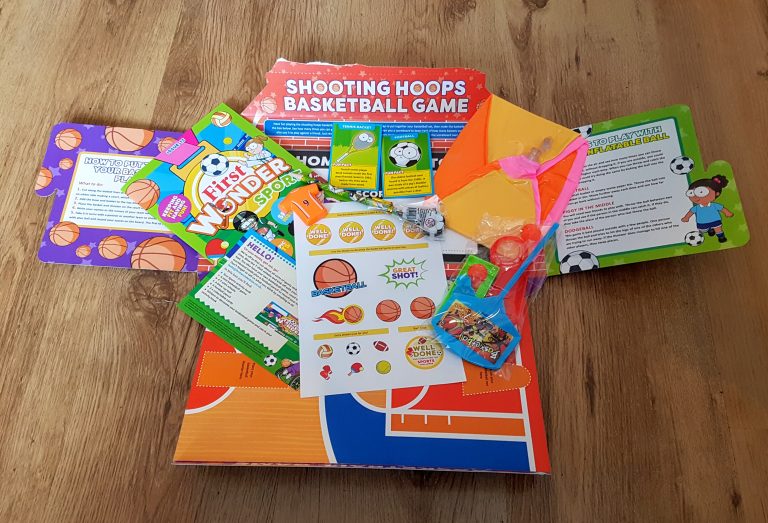 This was our second First Wonder Box, and we were excited to see that this was a sports themed box. You can get these boxes every fortnight and each one is £8.95. You can try your first box for half price which is a great way to get introduced to the range.

What’s in the box? 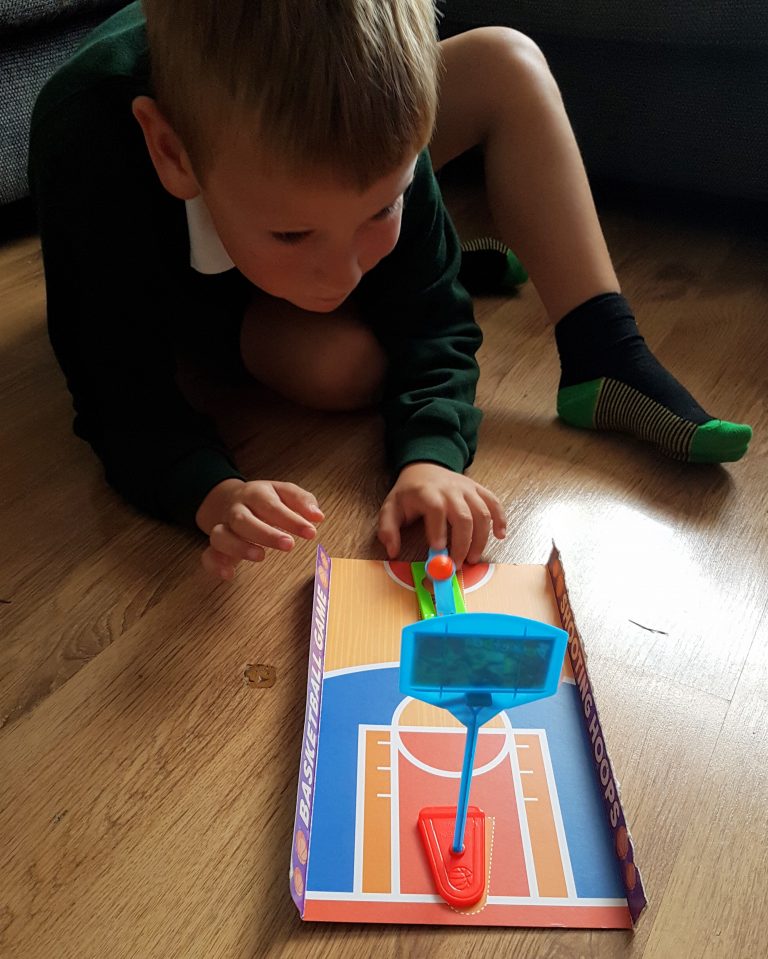 We loved the mini basketball game, and it was great that you could re-use the box as part of the game. It’s also a brilliant activity to pack up and use as a bit of travel fun. Our box arrived while we were away. It was a bit of a shame as if it had arrived before we had gone on holiday I would have definitely taken this with us. 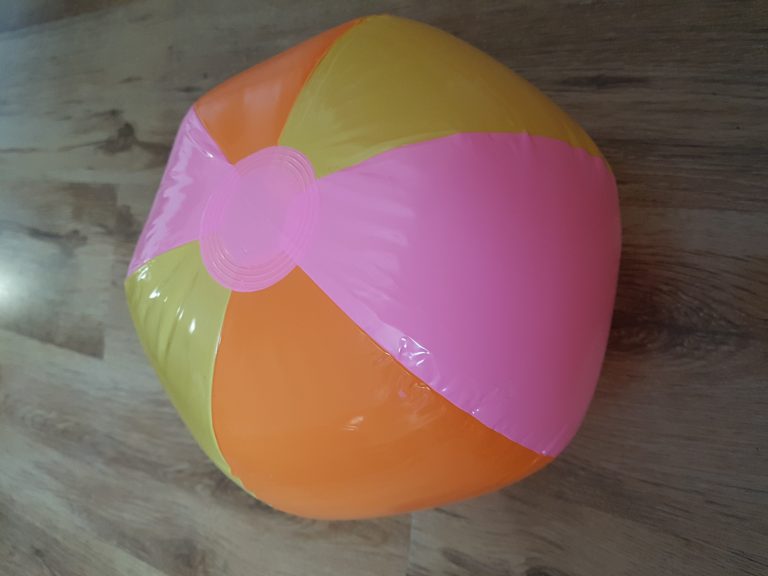 Another item we could have made us of on holiday was the inflatable ball! This is a really good quality one; It had a stop valve so you didn’t blow it half way up, pause for breath and then lose it all again! I’ve set this and the basketball game aside for the October half term as I know we’ll definitely make use of them. There were some idea prompts in the box about games to play with the inflatable ball which I thought was a nice touch. 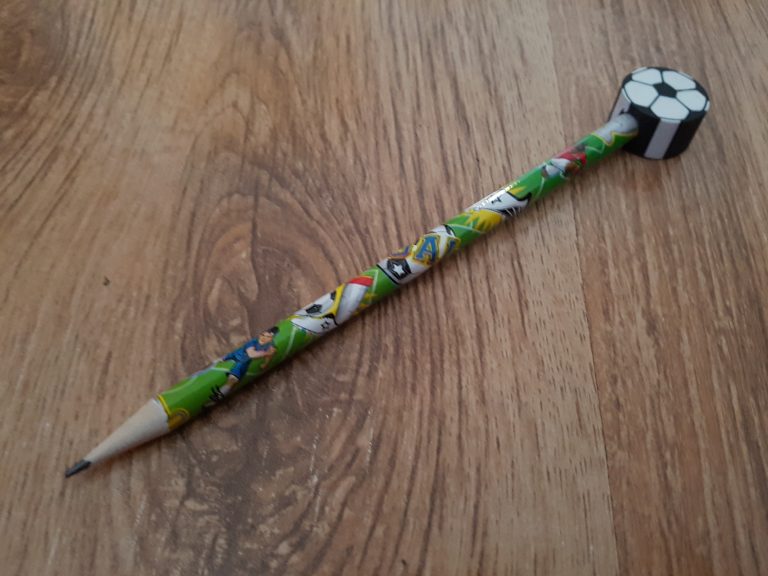 It was good to have a pencil in there, as let’s be honest, we always lose them. You can never have too much stationery in this house. My son is probably one of the 3% of boys who isn’t football mad though, but it’s still a good item. 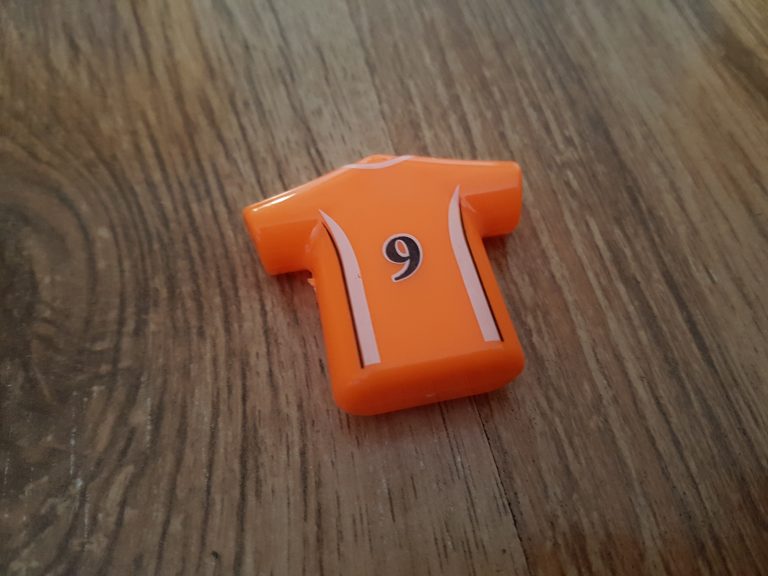 In a way it was a shame to have two football themed items (three if you include the inflatable ball). I appreciate this whistle isn’t 100% football related but its what both me and my son thought when we saw it. Sadly our one doesn’t seem to work which is a shame but I suspect we are in the minority there.

The stickers were a good touch, I really liked that there were extra ones not just for the activity book. I also appreciated how many were focused on praise. We’re told children spend less time outdoors nowadays, so these are a good encouragement to give sports a try.

Overall we like the sports themed box. Given that you can get your first box for half price I think it's worth an investment. The only faults we found with the sports themed box was a slight over-reliance on football (the pencil, whistle and blow up ball). I wonder if there could have been a different item that veered away from this theme a bit. However I recognise they have to cater to the majority and the reality is that most children/boys do love footie. It's just that we're in a minority in our house, not loving football as much as others. Oh, and I think we were just a bit unlucky getting a broken whistle!

How would you rate First Wonder Box ?