Reviewed by Luschka on 21st September 2016 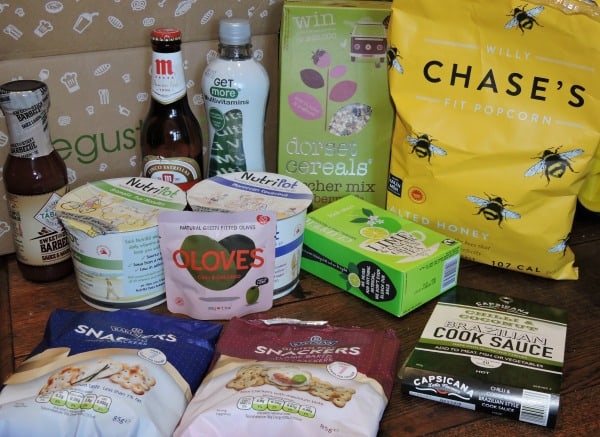 This months DegustaBox feels a little ‘lighter’ than normal – not least because it didn’t have any sweet treats in it, but what it did have was still good. I think it’s the first box that consisted entirely of products (or brands, at least) that I’ve never tired. 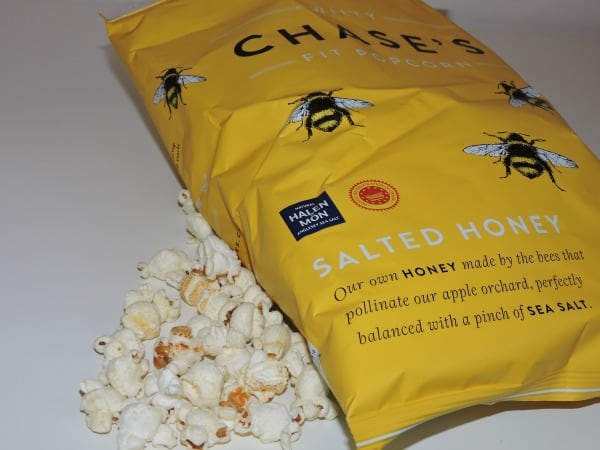 Popcorn’s always good, really, and you’d have to go a long way to get it ‘wrong’, but this is the perfect blend of sweet and salt – some kernels are sweeter with the taste of honey and others are salted, and each mouthful is a taste explosion. 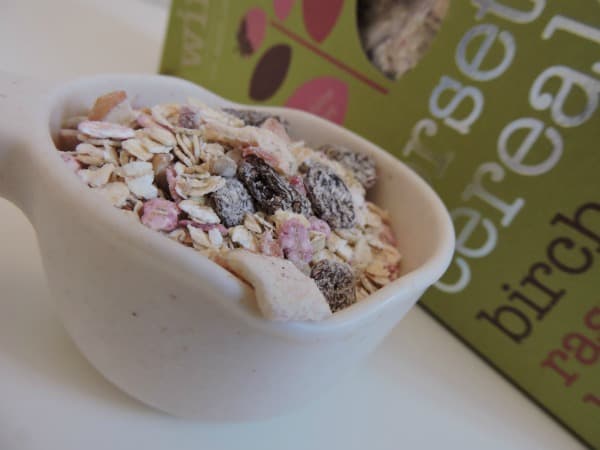 Dorset Cereals – Bircher Muesli – comes in two styles, Almond & Honey, and Raspberry & Blackcurrant. We received the Raspberry & Blackcurrant, which also come with a handy portion sized scoop. Ideally, for this muesli, you’ll pour some juice over, and top with yoghurt and leave it to soak for half an hour. I don’t know who has time for that in the morning, but it’s not me. It might be the ideal way for a creamy breakfast muesli on a weekend morning, but as is, topped with a scoop of yoghurt makes a pretty decent quick breakfast too. I think it would be an ideal on the go breakfast – put the juice and yoghurt in a Sistema lunch box, and when you get to work it’s ready to eat. That would work well! It is filling and the berries are flavourful and delicious. 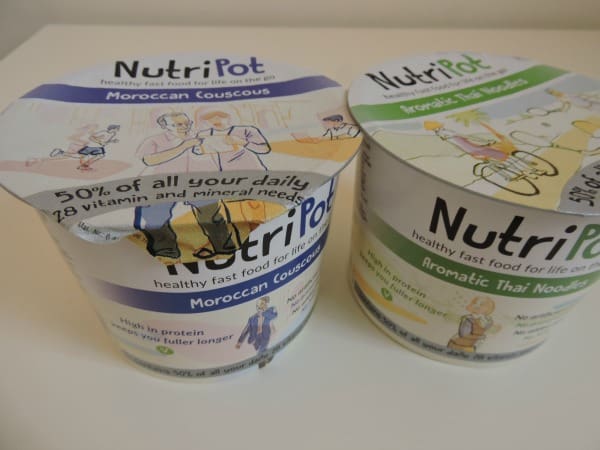 Speaking of on the go foods, the NutriPots that came in this box are a healthier alternative to your at-your-desk lunch. Both the couscous and the noodles simply require you to lift the lid and add boiling water, but rather than being nutritional black holes, each pot contains 50% of all your daily vitamin and mineral needs.  And being high in protein these are meant to kept you fuller for longer, and there are a variety of flavour options and foodstuffs – couscous, noodles and pasta -so you can easily have a supply at your desk without having to bring in food every day. 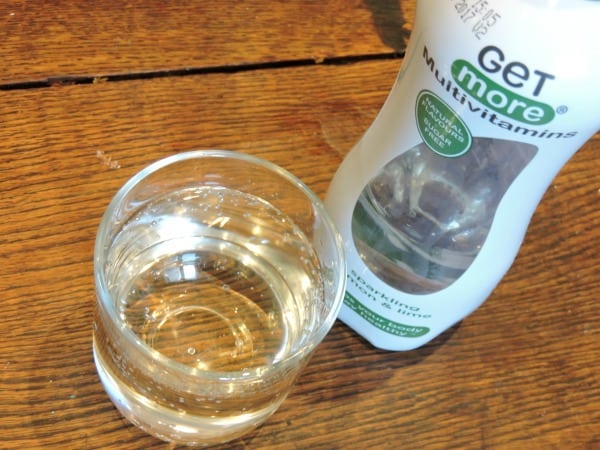 This is an interesting water. I’m not sure about it’s value from a nutritional point of view, but from a flavour perspective, it’s a lovely, sparkling, refreshing lemon and lime flavour. It does have a bit of an after taste of a multivitamin tablet. 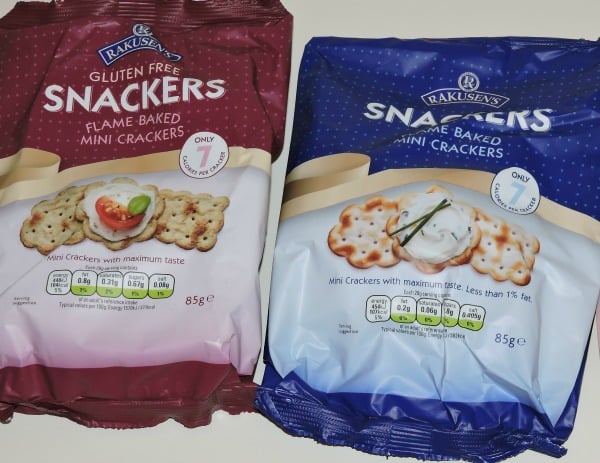 Perfect for quick snacks and nibbles – these crackers are a great taste, with less than 1% fat. There are gluten free and normal options, and while the gluten free make take some getting used to if you’re not accustomed to gluten free food, it’s still perfectly passable as a ‘normal’ cracker – especially when topped with a good block of cheese and your favourite chutney. 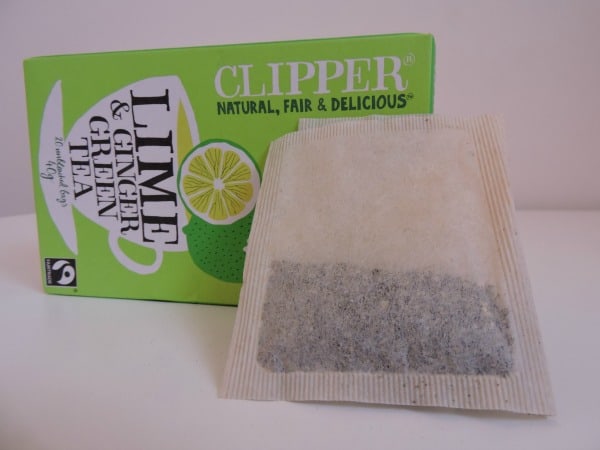 While I can’t understand the need for anything other than coffee, really, I have to give this lime and ginger it’s due when season colds and flues come your way! There’s nothing artificial in the box, and even the bags themselves are unbleached, so they don’t have the stark white appearance. These tea bags consist of green tea, ginger root, lime peel and lime flavouring, which is great for clearing the sinuses and providing an all together improved state of being. 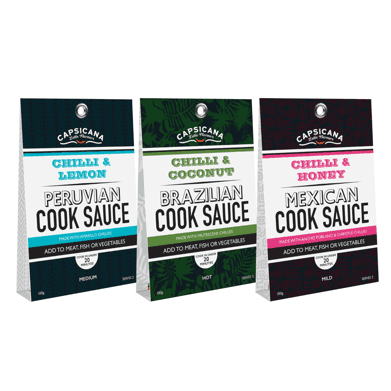 The Brazilian Cook Sauce is good for adding to meat, fish or vegetables, which you then cook for 20 minutes.  I found it especially spicy, but others might not – it does contain frutescens chillies, so not that surprising. 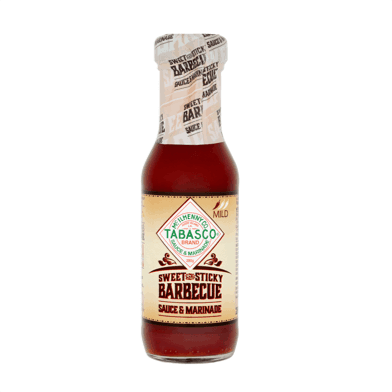 The Sweet and Sticky Barbecue Sauce  lives up to it’s name, being both, with a kick of heat after. It’s very tasty, and is perfect for marinading something in the slow cooker ready to heat a chilly Autumn evening.

The Oloves come in a snack sized pack, with each pack making up about 50 calories and containing 30g of olives. I love the snack pack sizes as they’re great for keeping on hand for last minute snacking needs and are fab for lunch boxes. In all honesty, I don’t like spicy things, but I love these. They are spicy enough to warm the back of the throat without burning. I’d most definitely buy them again. 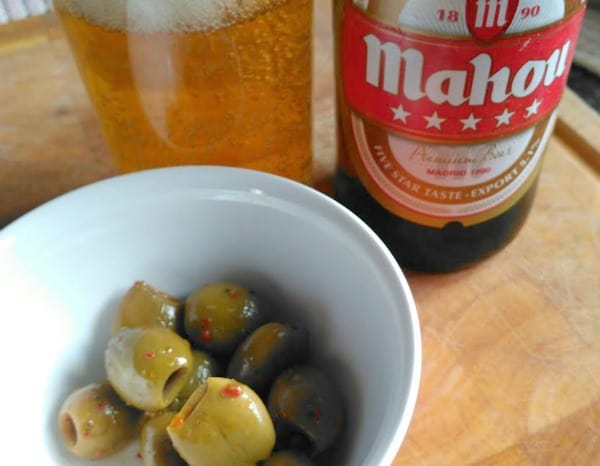 After so much spice, you need a drink, which leads finally, …

… to the fruity, fresh, crisp Mahou beer. It goes very well with the olives, but is tasty on it’s own too. I don’t drink often, so I found it’s 5.1% alcohol to be sufficient to go straight to my head for a light buzz, and rather than the bitter flavour of beer, this was just perfect.

Love the new products in this box, good, everyday foods, and also lots of good options for your lunchbox or packed lunch.